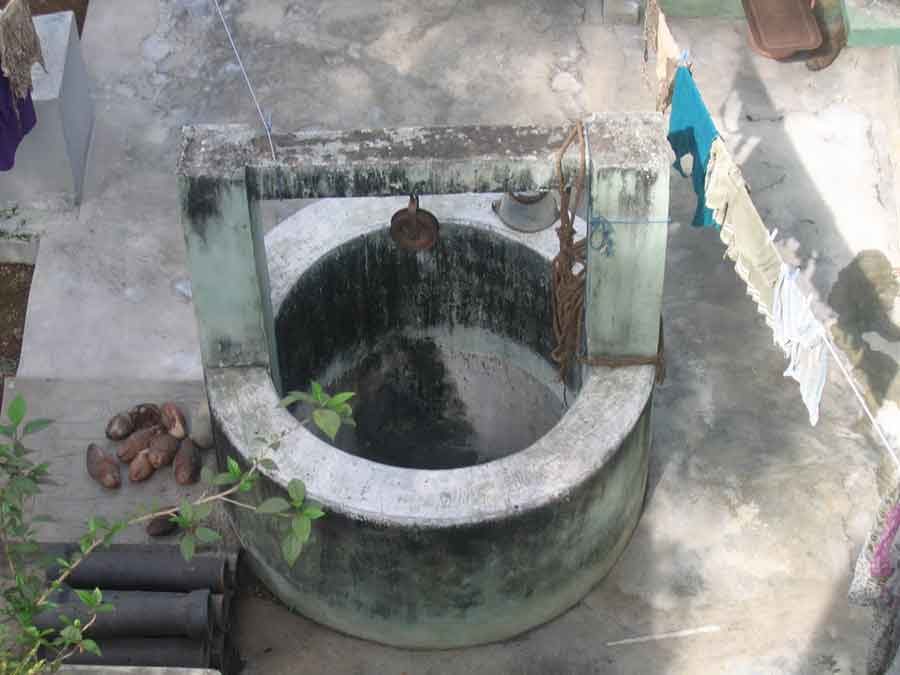 Abdullah was one of the richest men in town, but you could easily mistake him for a beggar. It was his theory that since there were so many people out to rob a rich man, it was safe to pretend to be poor. And so he did.

But he really didn’t have to pretend. Stingy to the core he found it very easy to be poor. So what if people sniggered and children called out, “Kanjoos! Kanjoos!” (miser, miser), whenever he passed by in his worn-out clothes. Abdullah became more and more content with his growing pile of money as the years went by.

One day, he bought a huge lump of gold with all the money he had amassed. He dug a hole in the ground near an unused well and buried the gold there. He was sure that no thief would be able to find that place. With this happy thought, Abdullah checked on his treasure daily.

But can you really keep a hiding place hidden if you looked at it every day? Before long, the town was whispering about Abdullah’s mysterious visits to the unused well in the dead of the night. It wasn’t long before a curious soul discovered the gold, let out a yell of joy and ran away with the miser’s treasure.

Naturally, on his next visit, Abdullah found the hole empty. He began howling with grief and soon a crowd had assembled. They watched him grieve the way people mourn the loss of a dear one.

Finally, a neighbor came forward and asked him to stop it. “You want your gold? Just pick up a heavy stone and drop it in the hole. Pretend it is the gold you lost.”

“How can you make fun of me at a time like this,” wailed the stricken man.

“I’m not making fun of you, friend!” said the wise neighbor. “How did you use the gold while it was here, except gaze at it every day? You could do the same with a stone.”