Ardhanarishvara: The Two Hands of Nonviolence 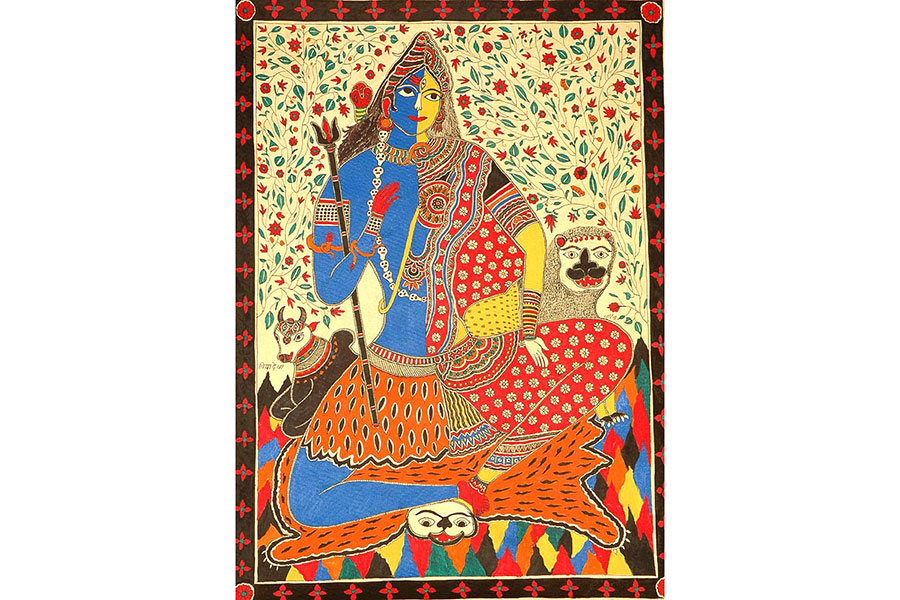 At this week’s meeting — we call it recentering — of the peaceCENTER / Compassionate San Antonio core team, we started a study of Parker J. Palmer’s book, Healing the Heart of Democracy. We are all feeling the tension, in these troubling times, of remaining compassionate while not dismissing the fear, anger and sadness that fill our hearts. How can we both reconcile and resist while maintaining our wholeness, our integrity? Is this even possible?

Pay particular attention to the hand gestures, or mudras, in the illustration. They recall what the late writer and activist Barbara Deming wrote about the two hands of nonviolence in her book-length essay, Revolution and Equilibrium:

With one hand we say to one who is angry, or to an oppressor, or to an unjust system, ‘Stop what you are doing. I refuse to honor the role you are choosing to play, I refuse to obey you, I refuse to cooperate with your demands, I refuse to build the walls and the bombs. I refuse to pay for the guns. With this hand I will even interfere with the wrong you are doing. I want to disrupt the easy pattern of your life.’ But then the advocate of nonviolence raises the other hand. It is raised outstretched — maybe with love and sympathy, maybe not — but always outstretched . . . With this hand we say, ‘I won’t let go of you or cast you out of the human race. I have faith that you can make a better choice than you are making now, and I’ll be here when you are ready. Like it or not, we are part of one another.’

The varada mudra, the gesture being made by the female half, symbolizes charity, compassion and boon-granting. It is the mudra of the accomplishment of the wish to devote oneself to human salvation. It is nearly always made with the left hand, and can be made with the arm hanging naturally at the side of the body, the palm of the open hand facing forward, and the fingers extended. The five extended fingers in this mudra symbolize the following five perfections: Generosity, Morality, Patience, Effort and Meditative concentration.

Abhaya, the mudra being made by the male half, means fearlessness in Sanskrit. Thus this mudra symbolizes protection, peace, and the dispelling of fear. It is made with the right hand raised to shoulder height, the arm crooked, the palm of the hand facing outward, and the fingers upright and joined. The left hand hangs down at the side of the body. This mudra was probably used from prehistoric times as a sign of good intentions — the hand raised and unarmed proposes friendship, or at least peace; since antiquity, it was also a gesture asserting power, as with the magna manus (“all powerful hand”) of the Roman Emperors who legislated and gave peace at the same time.

This is the heart of my argument: We can put more pressure on the antagonist for whom we show human concern. It is precisely solicitude for his person in combination with a stubborn interference with his actions that can give us a very special degree of control (precisely in our acting both with love, if you will—in the sense that we respect his human rights—and truthfulness, in the sense that we act out fully our objections to his violating our rights). We put upon him two pressures—the pressure of our defiance of him and the pressure of our respect for his life—and it happens that in combination these two pressures are uniquely effective.