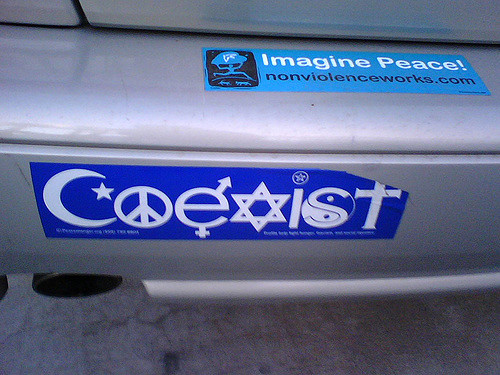 This story taken from Buddhist Boot Camp is a PERFECT illustration for Step 6 of Karen Armstrong’s book, “Twelve Steps to a Compassionate Life” — ACTION.

The streetlight turned yellow, so he stopped his car at the crosswalk instead of accelerating through the intersection to beat the red light. The woman who was driving behind him got really angry and started honking her horn. She was extremely mad that she missed her chance to cross the intersection behind him (and because stopping the car made everything on her lap drop to the floor: cell phone, makeup, and half a sandwich).

She was still in the middle of yelling and cussing at the man in front of her when she heard a tap on her window and looked up to see the face of a very serious police officer. He ordered her to exit the vehicle with her hands up and took her down to the police station to be searched, fingerprinted, photographed, and placed in a holding cell.

After a couple of hours, she was escorted back to the booking desk where the arresting officer was waiting with her personal belongings. “I’m very sorry for this mistake. When I pulled up behind your car, you were blowing your horn, flipping off the guy in front of you, and cussing up a storm. But it didn’t make sense… You have the ‘What Would Jesus Do’ license plate frame on the car, the ‘Namaste’ decal on the back window, and the ‘Coexist’ bumper sticker, so I figured you had stolen the car. My Bad!”