Compassion Here! This week in SATX 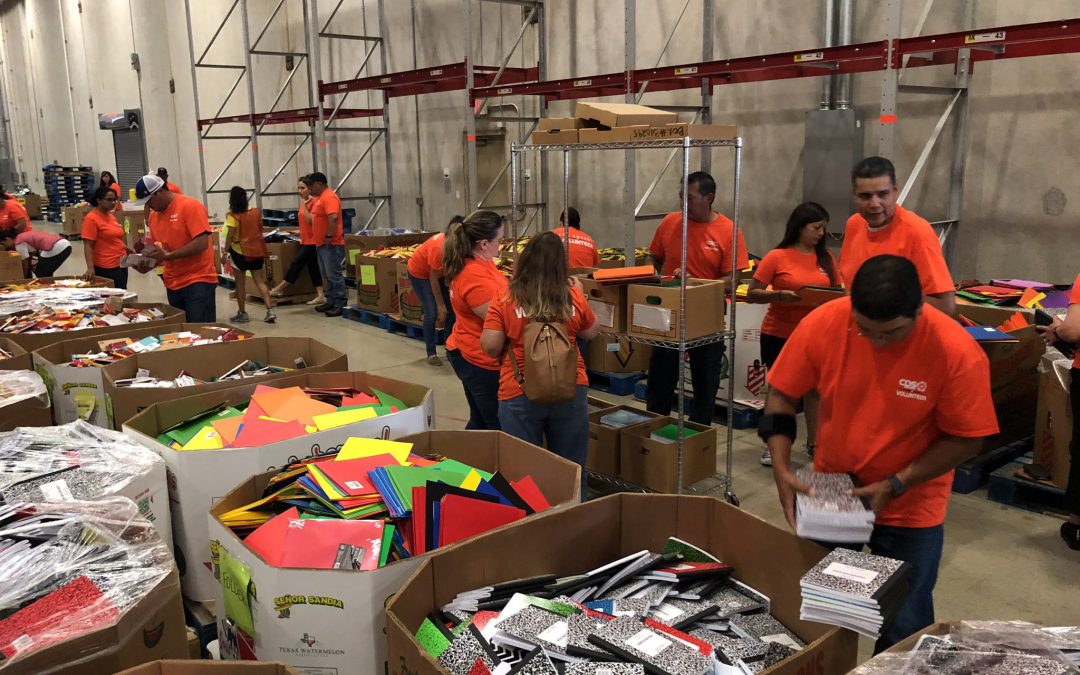 Volunteers from CPS Energy were at the Food Bank on Tuesday to help package “Stuff the Bus” school supplies for Communities in Schools. Hows THAT for teamwork? We publish this compassionate news roundup every Wednesday afternoon. If you want to get the news sooner, follow us on Twitter @compassionNET1. And don’t forget to use the hashtag #compassionateSA so we can find YOUR compassionate acts!

Seen on WOAI 4, 31 July, 2019
New strategy puts San Antonio at forefront of helping abused kids
Trauma-informed Care engages with these kids around asking the question, ‘What happened to you?’ Instead of, ‘What’s wrong with you?’ 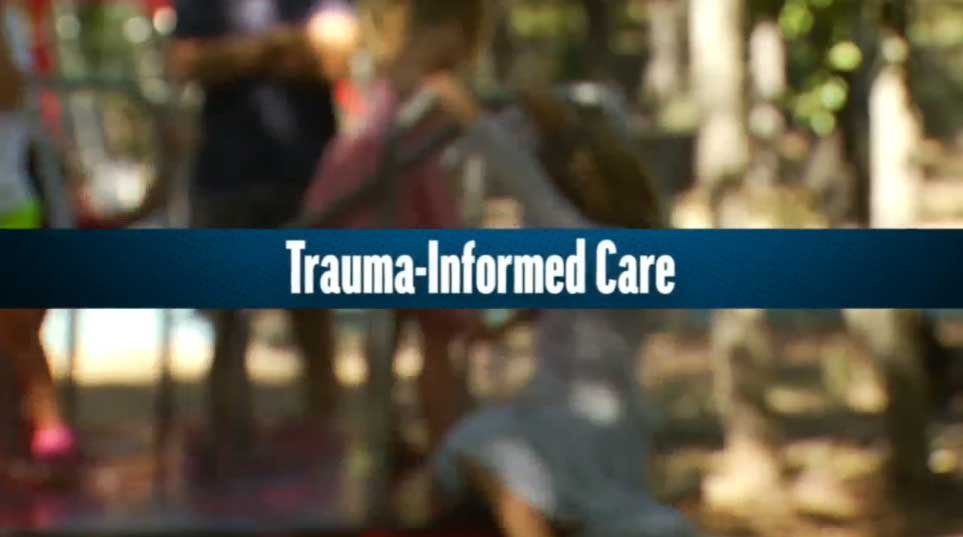 Found in the National Catholic Reporter’s Global Sisters Report, 1 August, 2019
Welcome of the heart: Sisters build bonds in collaborative effort to assist immigrants
“The people who are not used to being around sisters, they’re absolutely amazed at how we support each other; how we appreciate each other and how we care about each other.” 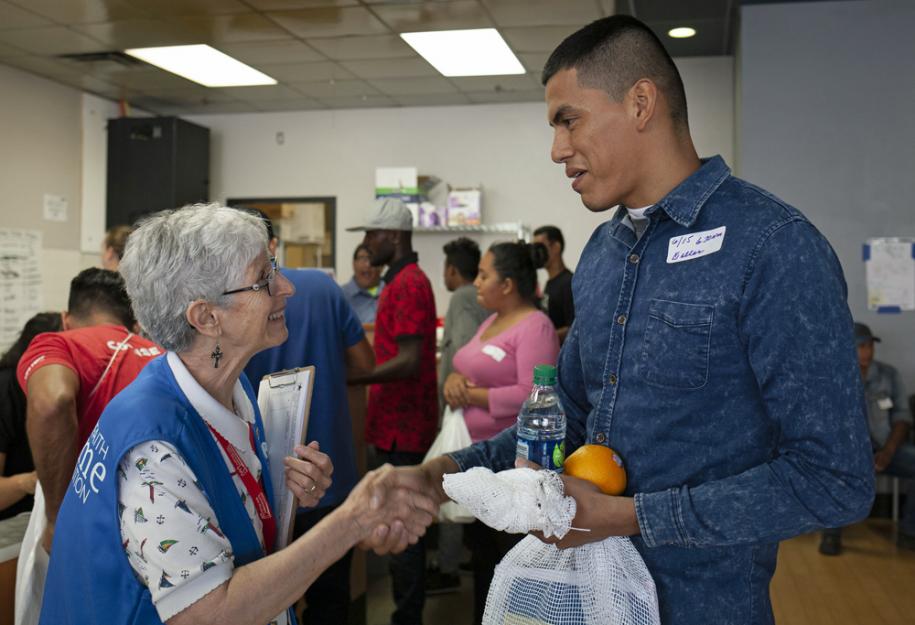 Seen on KENS 5, 1 August, 2019
ChildSafe unveils new Salado Creek Campus
It will offer adventure therapy and use nature to reduce the effects of trauma, the first urban child’s advocacy center to take this approach. 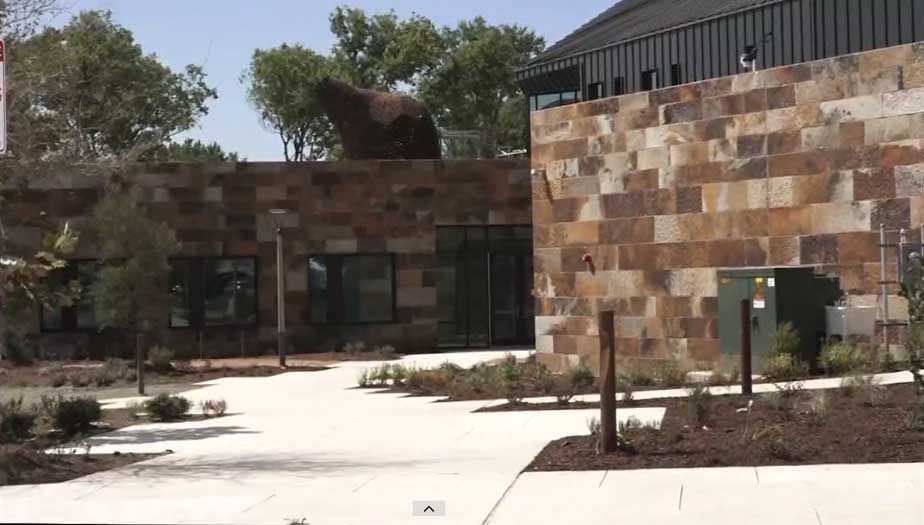 Found in the Express-News, 1 August, 2019
Seniors talk about troubling issues with namesake of San Antonio senior center
She said one senior’s problem belongs to them all. “This is about unity and understanding. We need to learn about one another.” 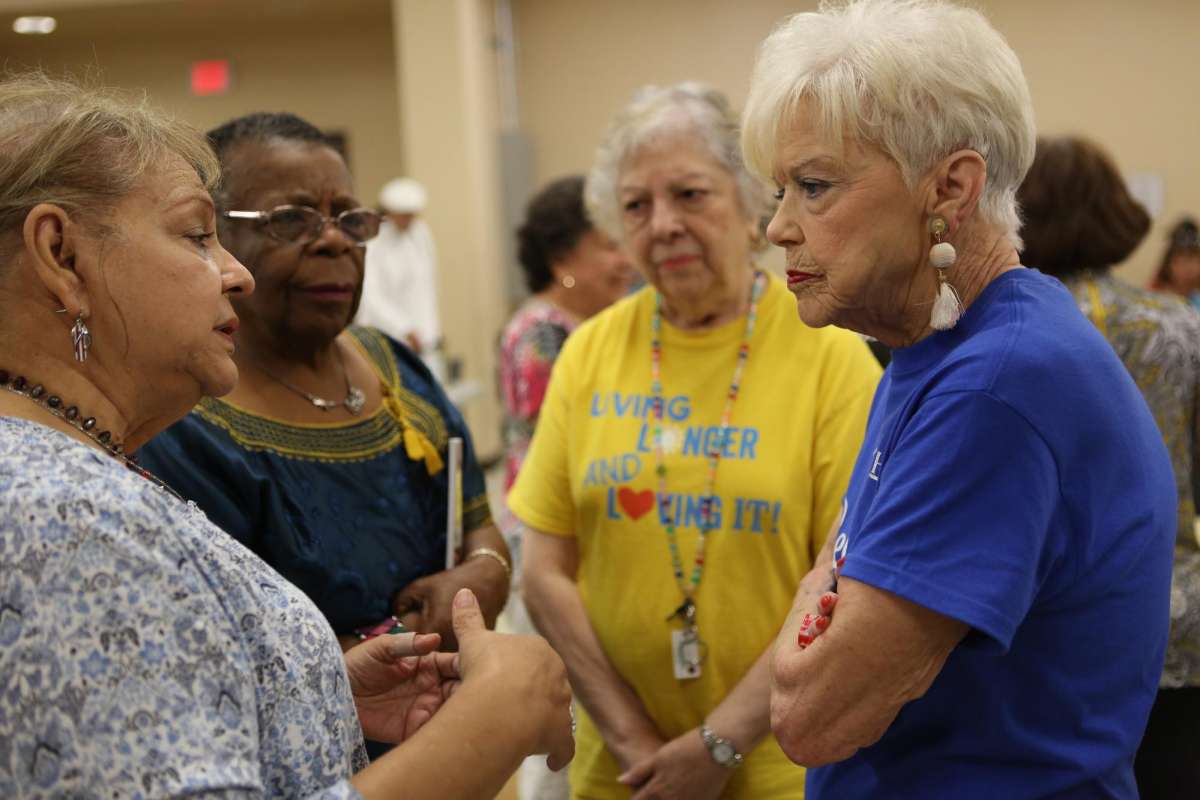 Seen on Spectrum News, August 2, 2019
Spurs Forward LaMarcus Aldridge Gives Away iPads, School Supplies at Boys & Girls Club
“It was a place I use to go to when I was younger to feel safe and to keep myself out of trouble. So I know most of these kids here need things.” 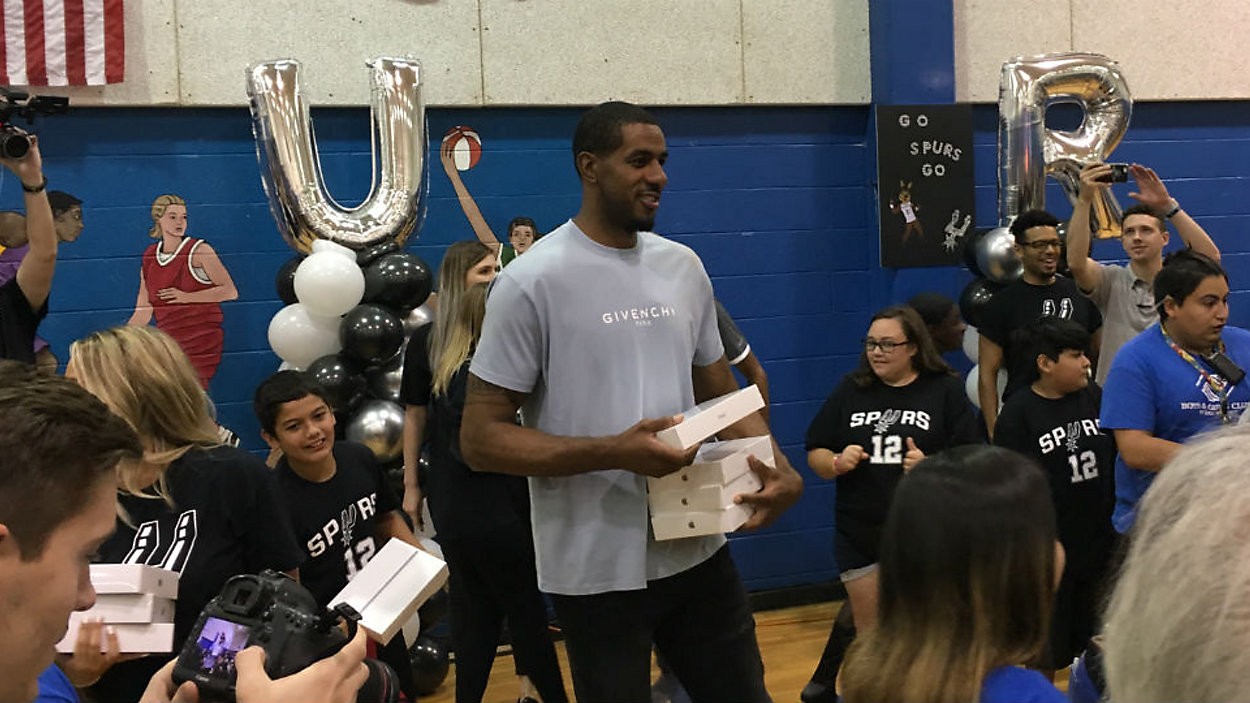 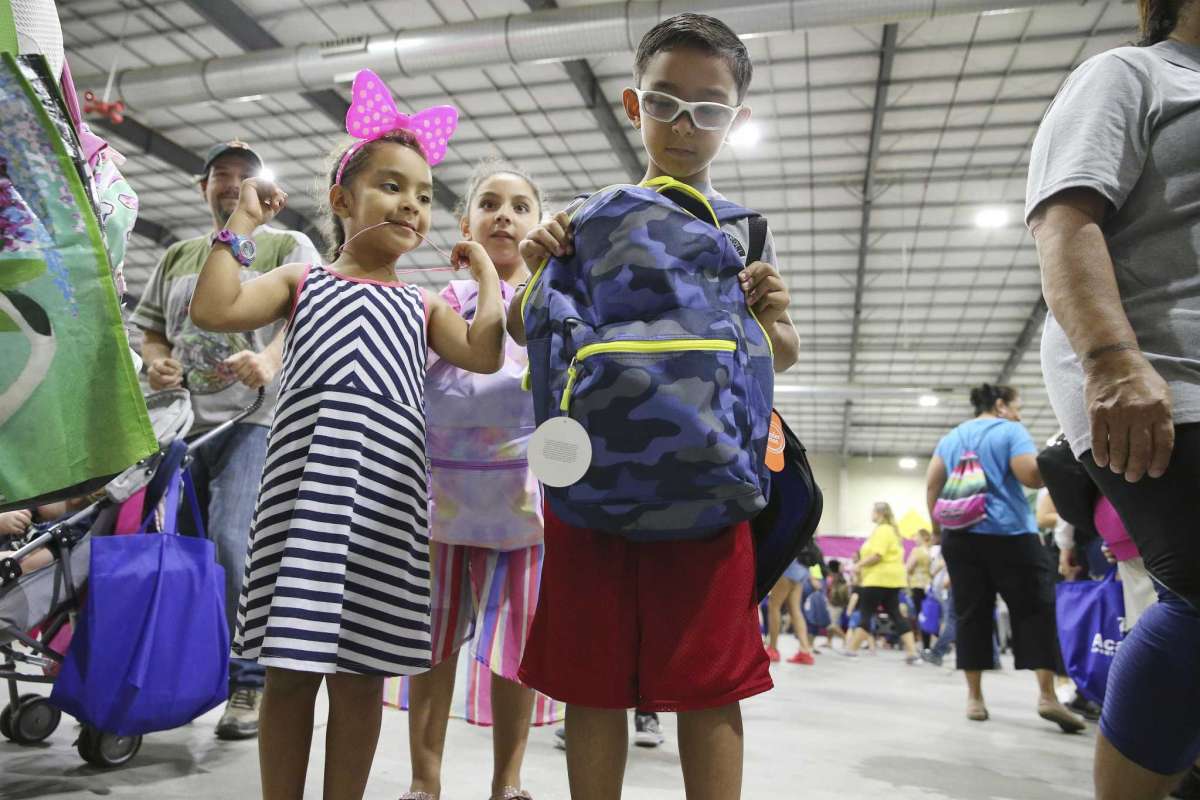 Seen on KENS 5, 4 August, 2019
Prayer vigil being held in San Antonio for El Paso shooting victims
The vigil will be held between 8 and 10 p.m. Sunday in front of the San Fernando Cathedral downtown. 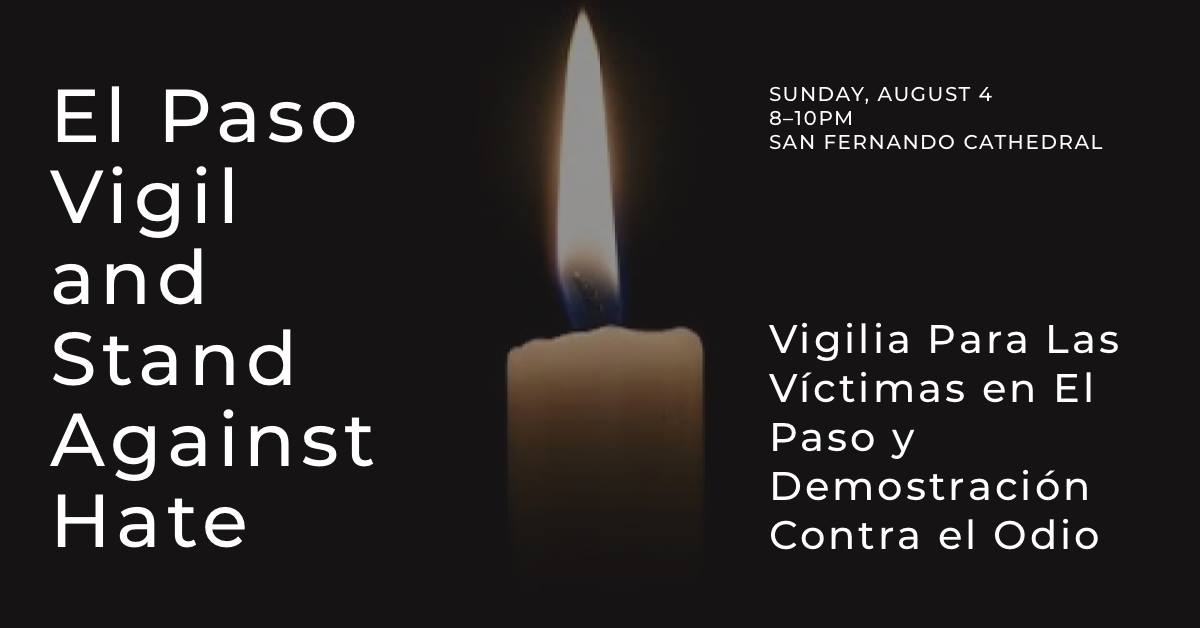 Seen on KSAT 12, 4 August, 2019
Methodist Healthcare system sending therapy dogs to assist in El Paso mass shooting
The dogs will be staying in El Paso for several days to visit multiple first responder stations as well as all hospitals within the city. 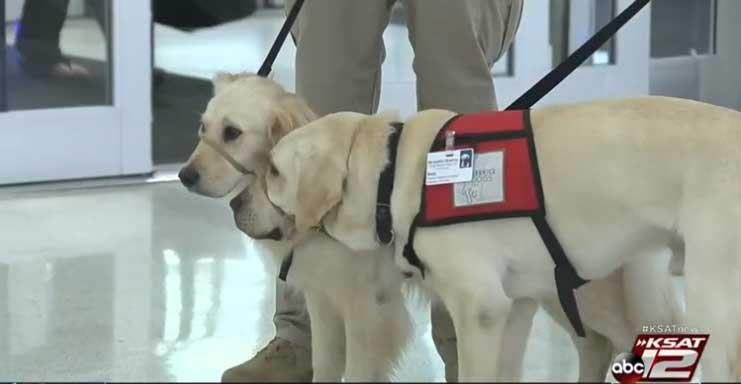 Seen on KENS 5, 4 August, 2019
San Antonio hosts candlelight vigil with message of defeating hate with love
Mayor Ron Nirenberg said change only happens when we act and when we demand it.

Found in the Rivard Report, 4 August, 2019
At San Antonio Vigil for El Paso Victims, Calls For Action on Gun Violence
Volunteers passed out flyers urging attendees to contact Republican Texas Sens. Ted Cruz and John Cornyn to try to persuade them to support a background check bill that passed the Democrat-controlled House.

Heard on Texas Public Radio, 5 August, 2019
San Antonio Vigil For El Paso Remembers Victims And Demands Changes To Gun Laws
Carmen Tafolla, the Alamo City’s former poet laureate, read the names of some of the El Paso victims. “We are Jordan Achondo,” she called out, “who died from your hail of bullets.”

Found in the Express-News, 5 August, 2019
Vigil held in San Antonio for those slain in El Paso and Dayton
Outside the cathedral, several hundred people ranging in age from small children to retirees clasped candles as they held a moment of silence for the victims and their families.

See on KSAT 12, 4 August, 2019
Vigil held at San Fernando Cathedral for victims of El Paso massacre
The vigil concluded with the reading of scripture focused on loving one another. 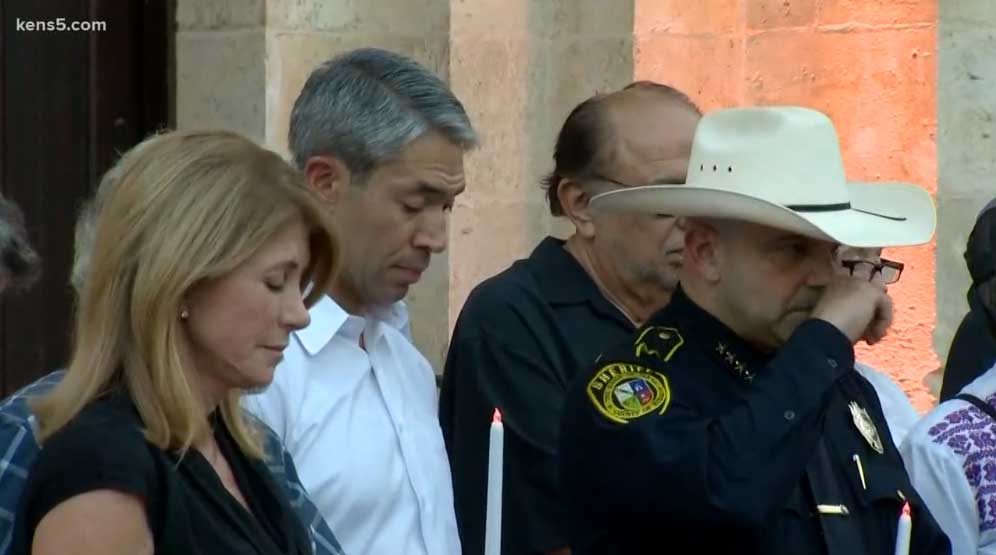 Seen on KSAT 12, 5 August, 2019
Garbage boy inspires many to recycle right
“Anyone that he runs into, it is all about recycling. ‘Do you recycle? What carts do you use?’” 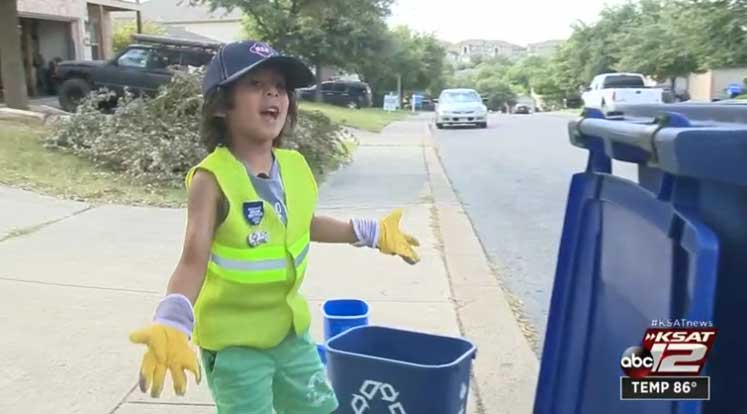 Found in the Rivard Report, 5 August, 2019
Nonprofit Brings Bikes, Cycling Confidence to Boys & Girls Club
“With the bike club, we’re getting kids out in their community, exploring their trails in their neighborhoods.” 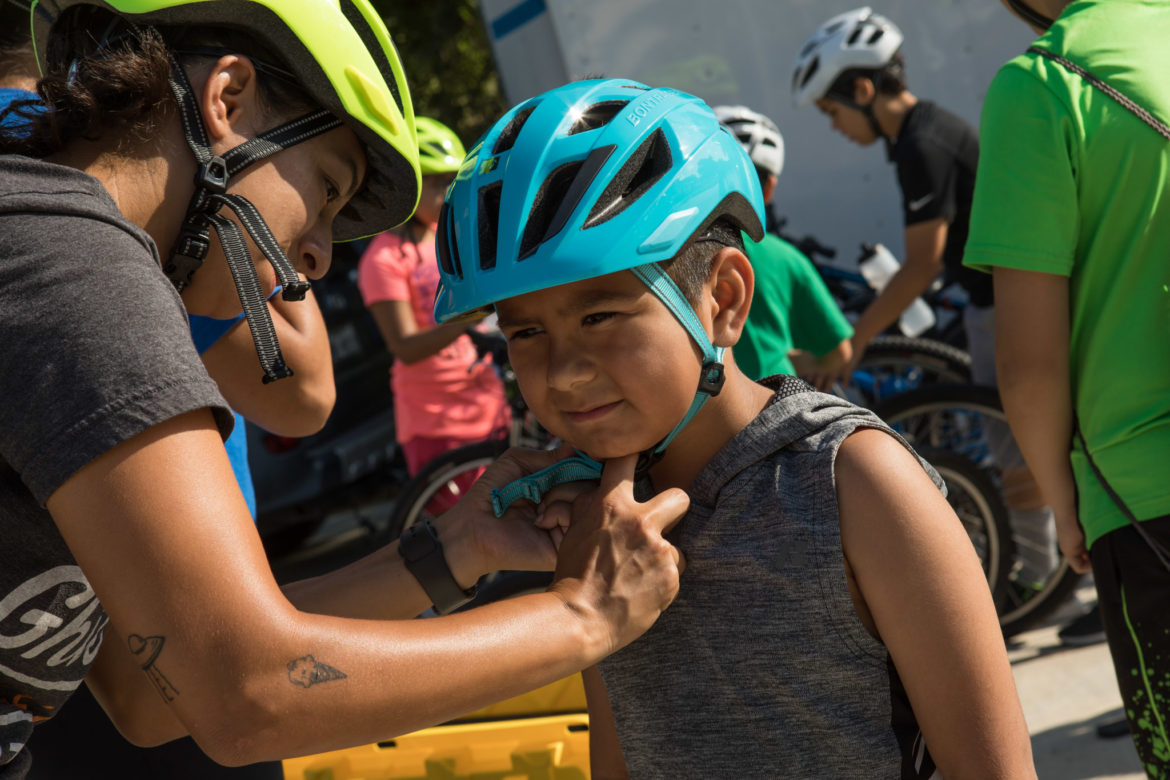 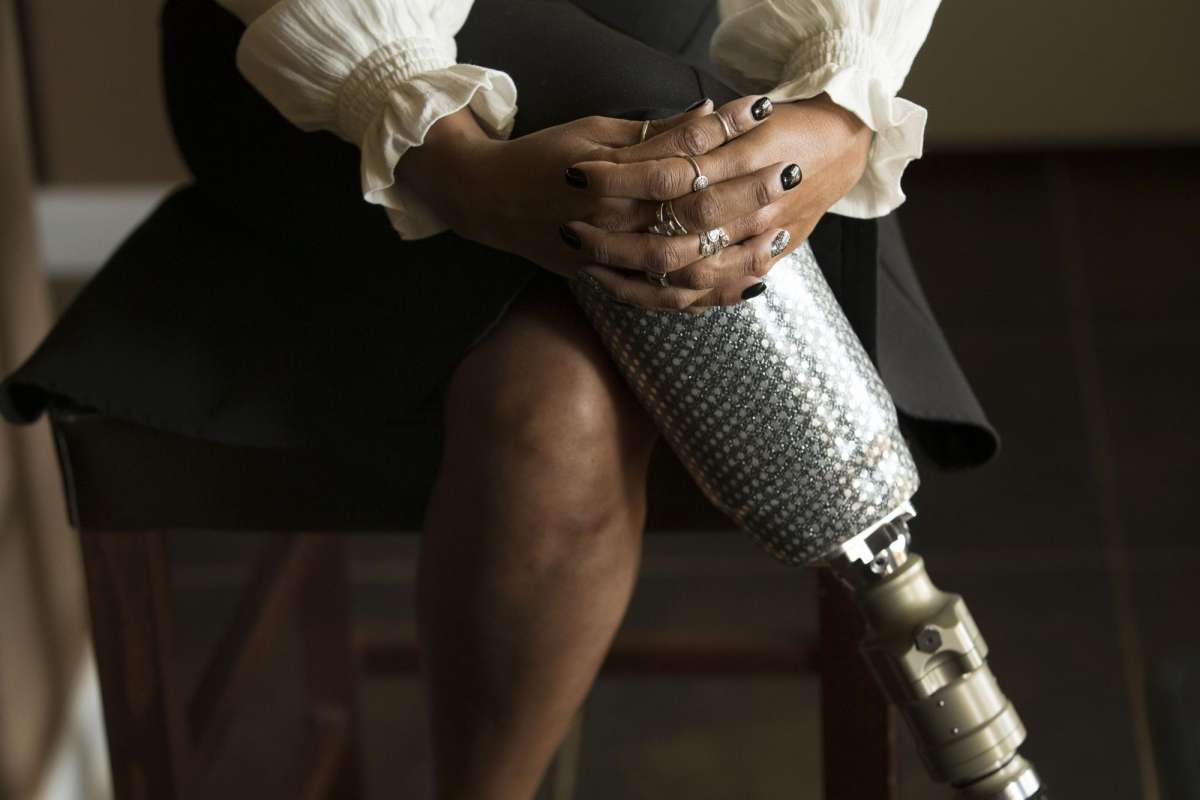 Seen on KENS 5, 5 August, 2019
Nirenberg: San Antonio needs to drive out racism, bigotry
“We have a responsibility to speak out, to make sure we continue to share our values in San Antonio as a compassionate place, then take action to prevent these kinds of things from happening here and elsewhere.” 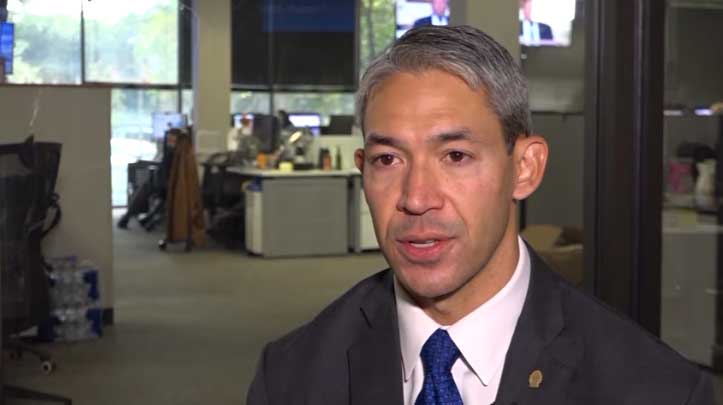 Found in the Rivard Report, 5 August, 2019
Author Richard Louv: Nature Will Facilitate Healing at ChildSafe
“When people ask, ‘Why are you spending so much money incorporating nature in [and] around this facility?’ I say, ‘Who else would we spend that money on? Who else is more important than the children we serve?” 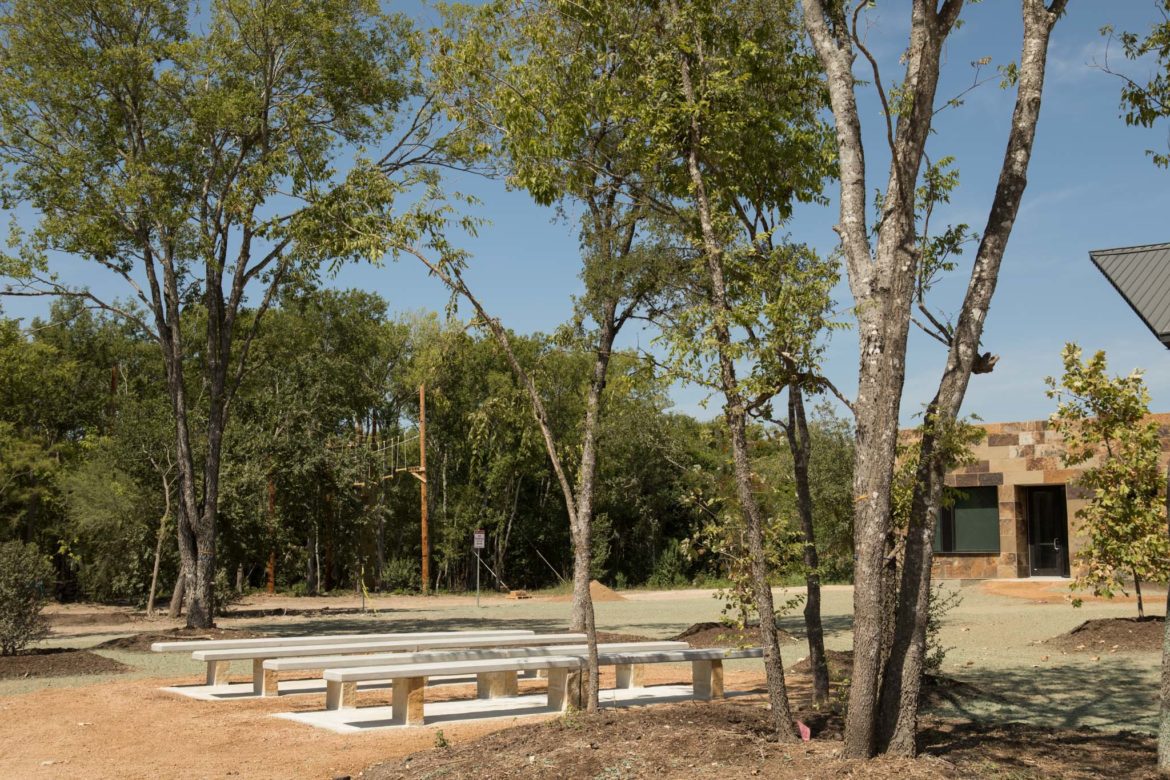 Seen on KENS 5, 5 August, 2019
Suffering from a stutter? Local kid raises awareness about communication disorder
Eight-year-old Jack Cummings and his dad formed a group to help families in the San Antonio-Bulverde area gain strategies for coping with stuttering. 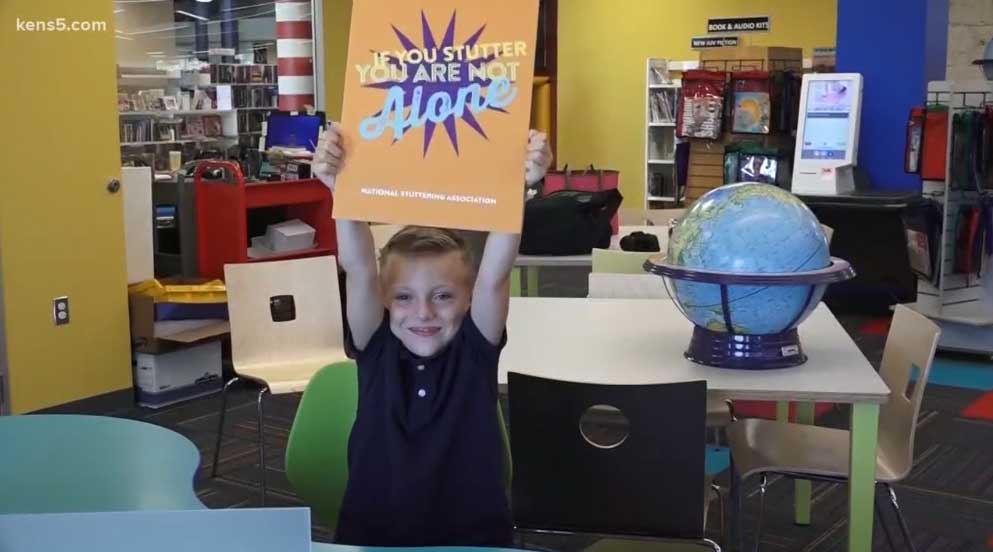 Seen on KSAT 12, 5 August, 2019
Blood drive to be held Thursday at two SA locations to honor victims of El Paso shooting
Mujeres Hispanas Por Mejor Justicia will be holding the drive from 9 a.m. to 4 p.m. at the Walmart at 1603 Vance Jackson and at The Junction Antiques at 1704 Blanco Road. 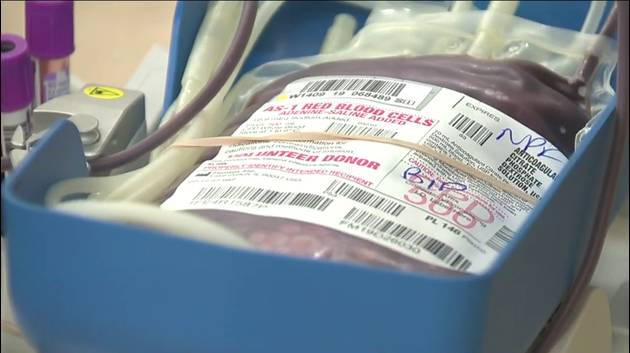 Seen on Spectrum News, 5 August, 2019
Local Counseling Center Extending Services to El Paso
The Ecumenical Center’s response will be similar to what they encountered nearly two years ago in Sutherland Springs, where 26 people were gunned down during a church service. 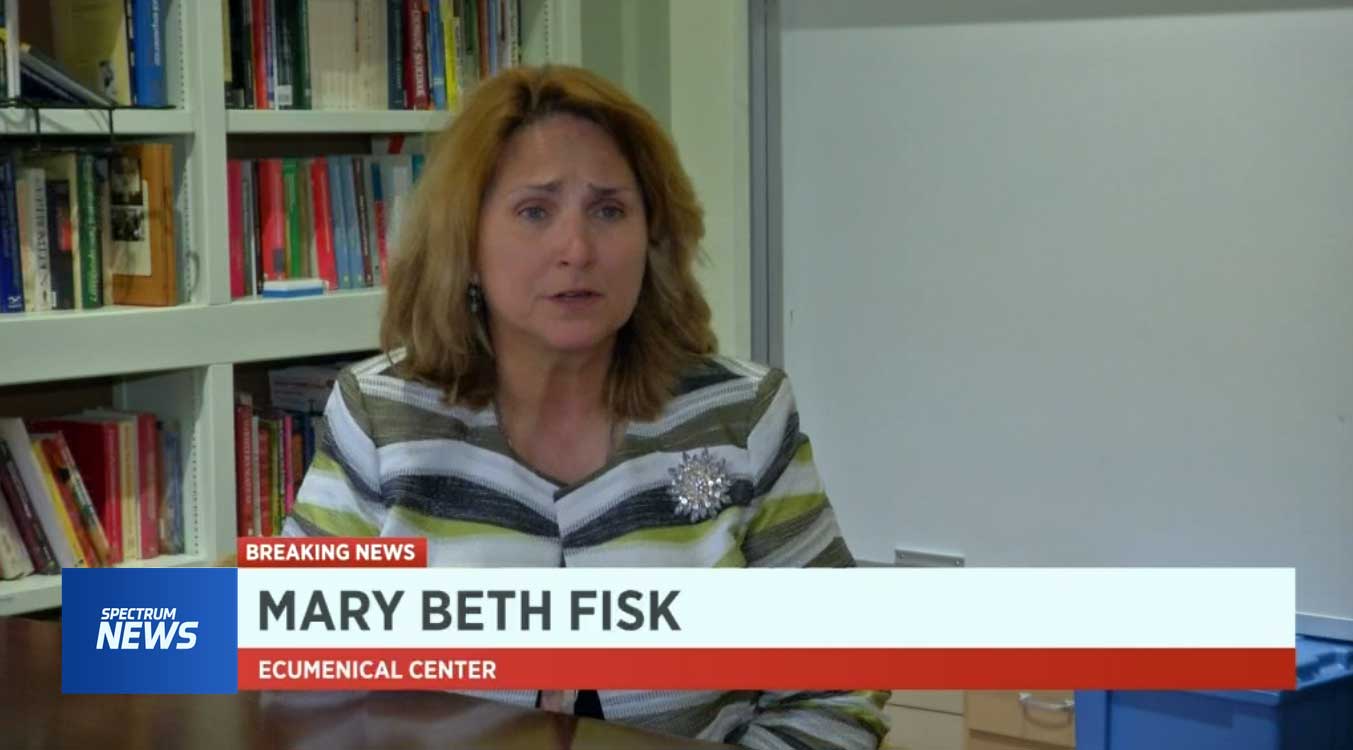 Found in the Express-News, 5 August, 2019
A San Antonio nonprofit wants to buy family businesses without succession plans
They would keep the company’s name, management team, jobs and money in the area; convert it to a nonprofit; and funnel extra funds to TRTF and other local charities. 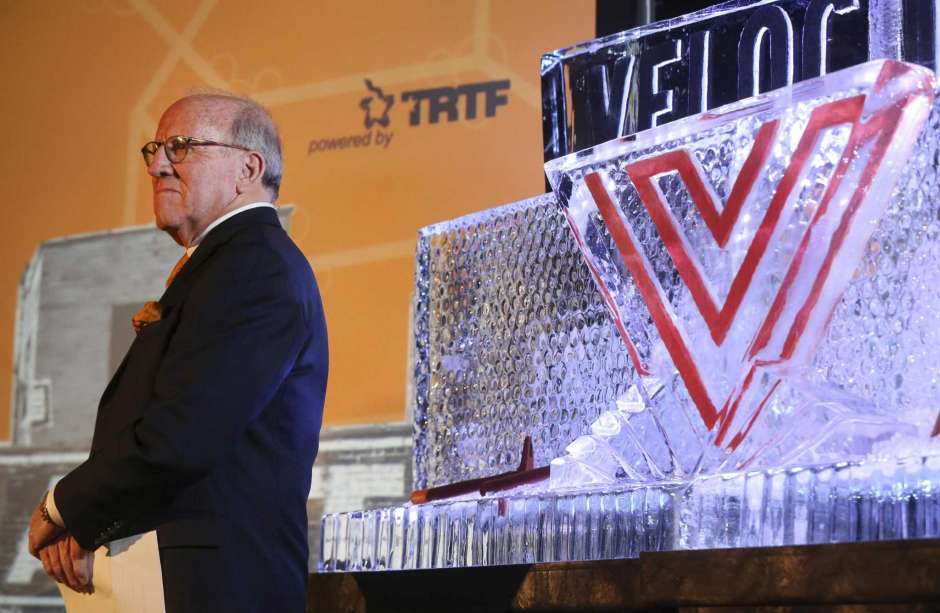 Seen on WOAI 4, 6 August, 2019
San Antonio archbishop tweets ‘Racism is a sin,’ urges faithful to ‘make a choice’
“God is offended by this.”

Found in the Rivard Report, 6 August, 2019
SA Archbishop’s Twitter Account Calls Trump Racist, Asks Him to ‘Please Stop Hatred’
“Rise with love, forgiveness and tenderness as we care [for] the wounds of those innocent people affected by hatred, racism and discrimination.”

Found in the Express-News, 6 August, 2019
San Antonio archbishop’s tweets about president, then deletes them
The tweets were deleted Tuesday morning. 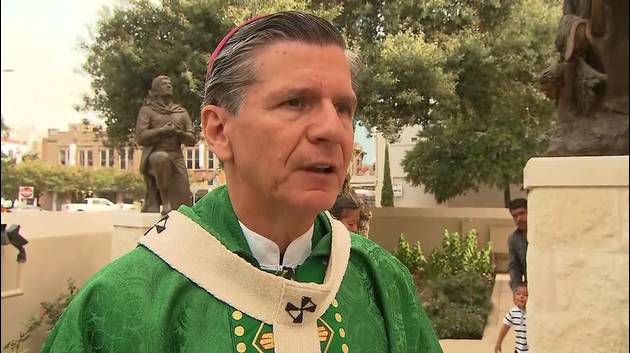 Found in the Rivard Report, 7 August, 2019
SA Archbishop Regrets Tweets’ Focus on ‘an Individual’ Rather Than Issues
“All individuals have God-given dignity and should be accorded respect and love as children of God, especially in our conversations and interactions.”

Seen on KENS 5, 7 August, 2019
SA archbishop expresses regret for tweets directed at President Trump
“We do not need more division, but rather, we need to move forward in freedom to discuss these topics more deeply in light of the Gospel. ” 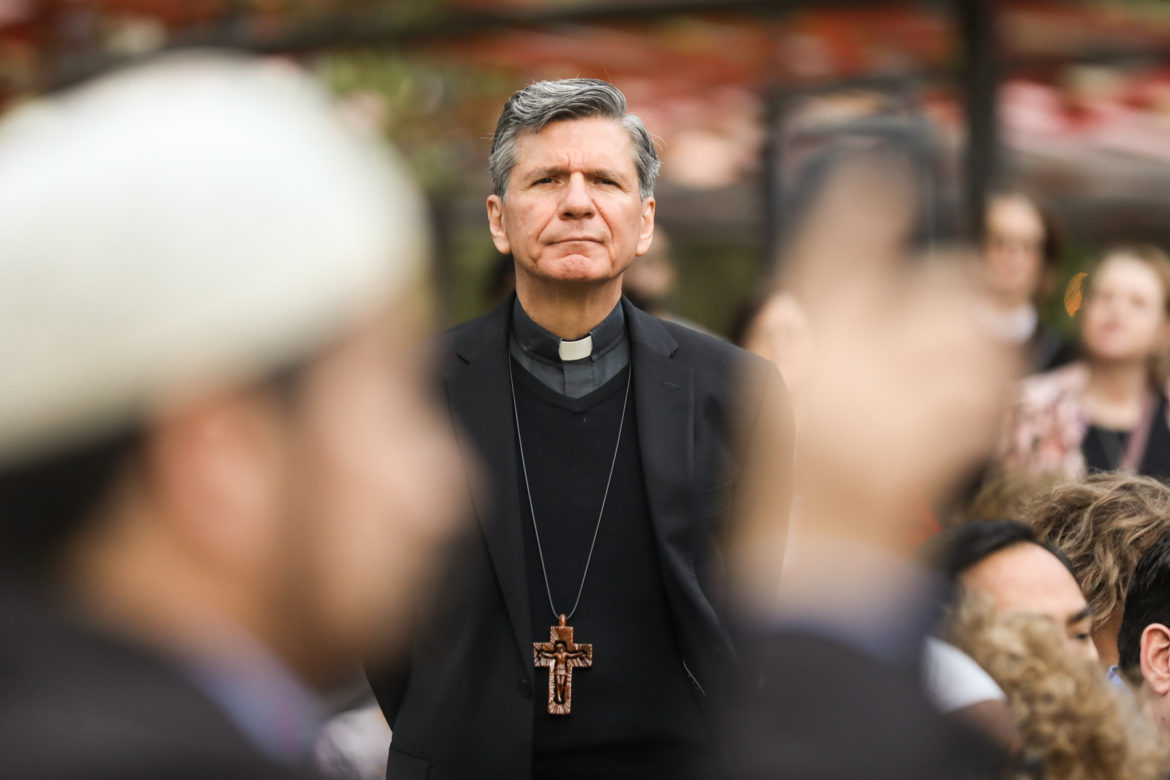 Garcia-Siller, who deleted his tweets mentioning the president earlier in the day, apologized for singling out Trump, but maintained that hateful rhetoric and the violence that comes from it must be extinguished from society. 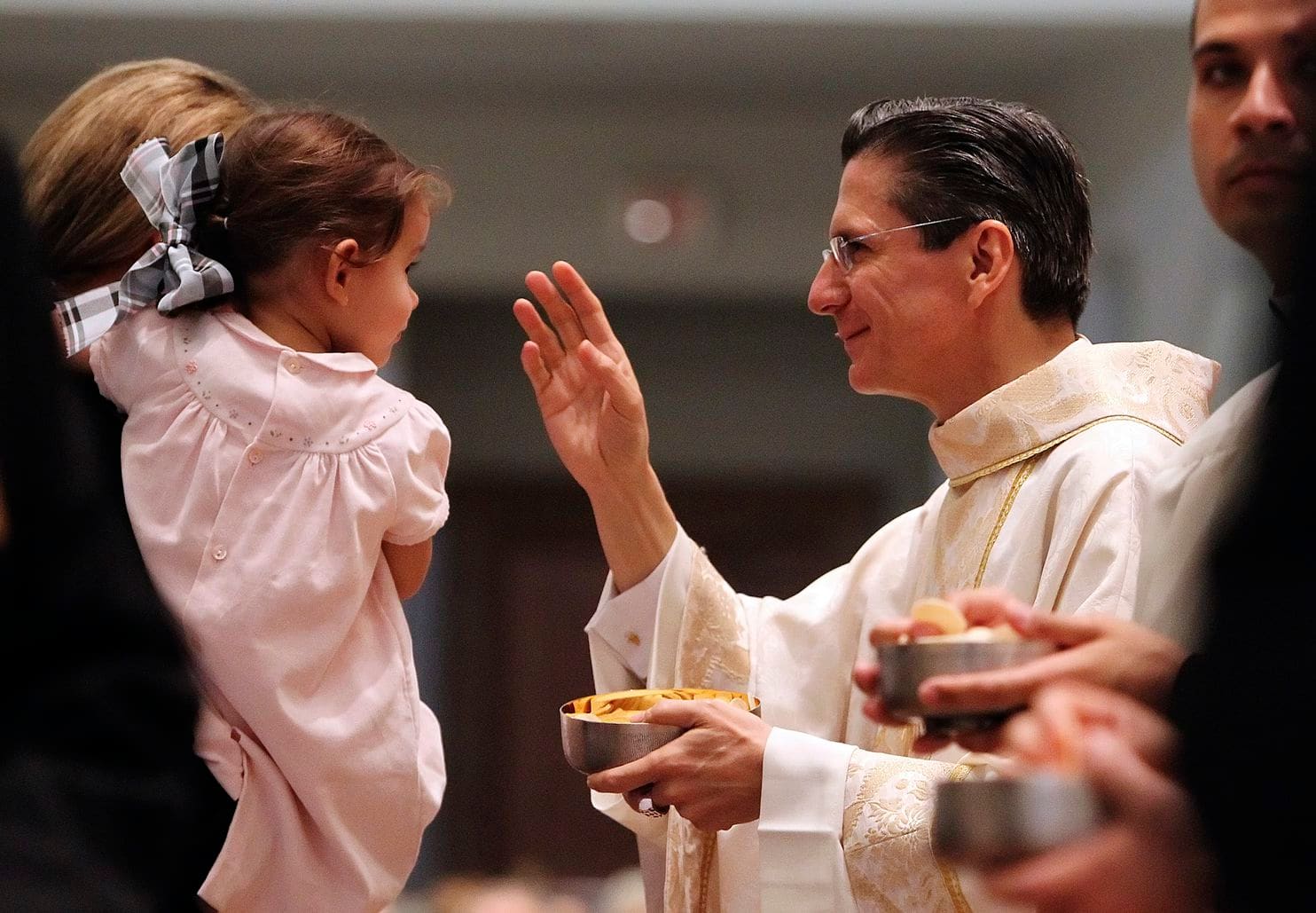 Seen on KENS 5, August 6, 2019
Six-year-old girl makes the shoe fit for young hospital patients
“It kind of let’s you know that you did something right, if they are able to, at a young age, see outside of themselves and see other people’s hurt or other people’s need.” 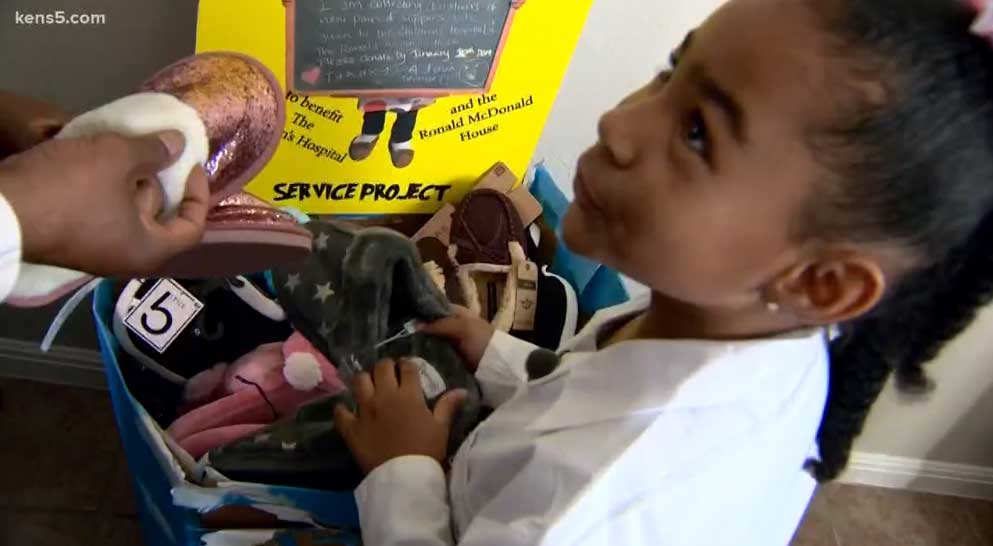