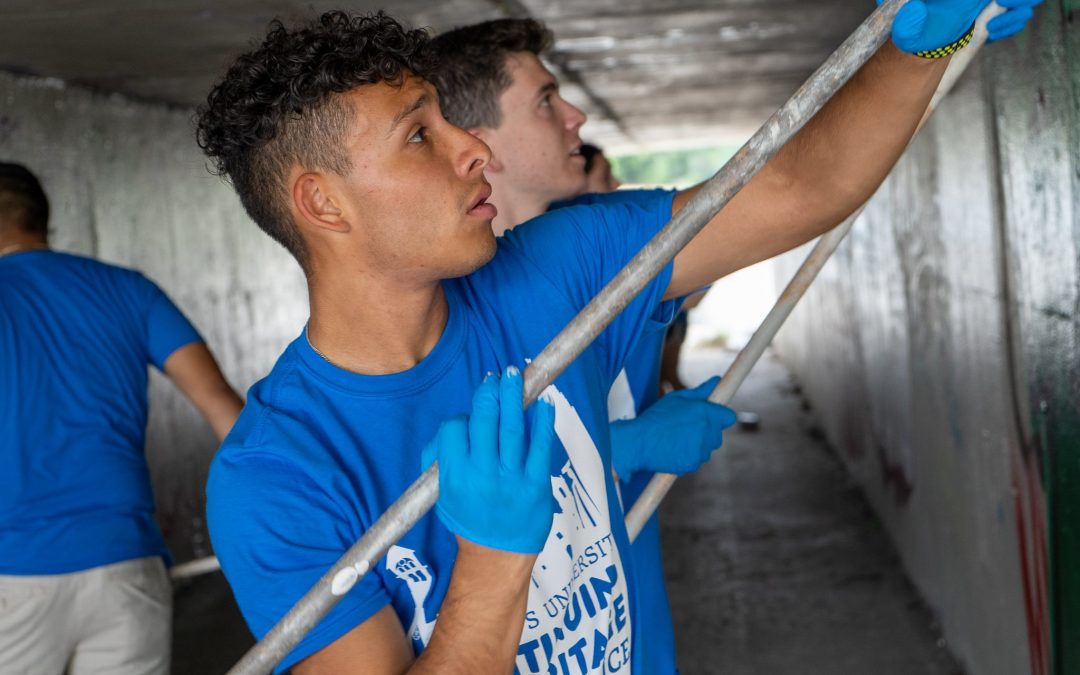 Hundreds of students, faculty & staff participated in St. Mary’s University day of service — Continuing the Heritage. Well done! We publish this compassionate News roundup every Wednesday afternoon. If you want to get the news sooner, follow us on Twitter @compassionNET1. And don’t forget to use the hashtag #compassionateSA so we can find YOUR compassionate acts!

Found in the Express-News, 23 August, 2019
New commission looks to fill gaps in San Antonio’s domestic violence response
“We’re all going to be at the same table, talking about making this better,” Bridger said “This commission is built on the belief that violence is preventable.”

Found in the Rivard Report, 23 August, 2019
Collaborative Effort Creates Commission on Domestic Violence
“Preventing domestic violence requires us to prevent trauma in our families and intervening early will allow us to stop the cycle. We all have a role to play in our homes, families, and communities to stop violence before it starts, as well as supporting people who need services.”

Seen on KENS 5, 23 August, 2019
Collaborative commission tackles domestic violence epidemic
“We’re going to wait, work together, and come up with our best effort to tackle this collectively and then move forward as a group.” 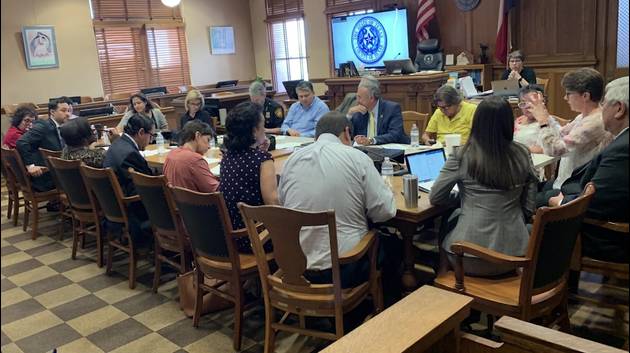 Found in the Express-News, August 23, 2019
Former congressional hopeful declares war on hyper-partisanship
Tribalism rationalizes bad behavior; it values cosmetics over substance; it rewards intransigence and punishes compromise; it creates a framework for lazy stereotyping, as a way of avoiding the hard work of dealing with each other as unique individuals. 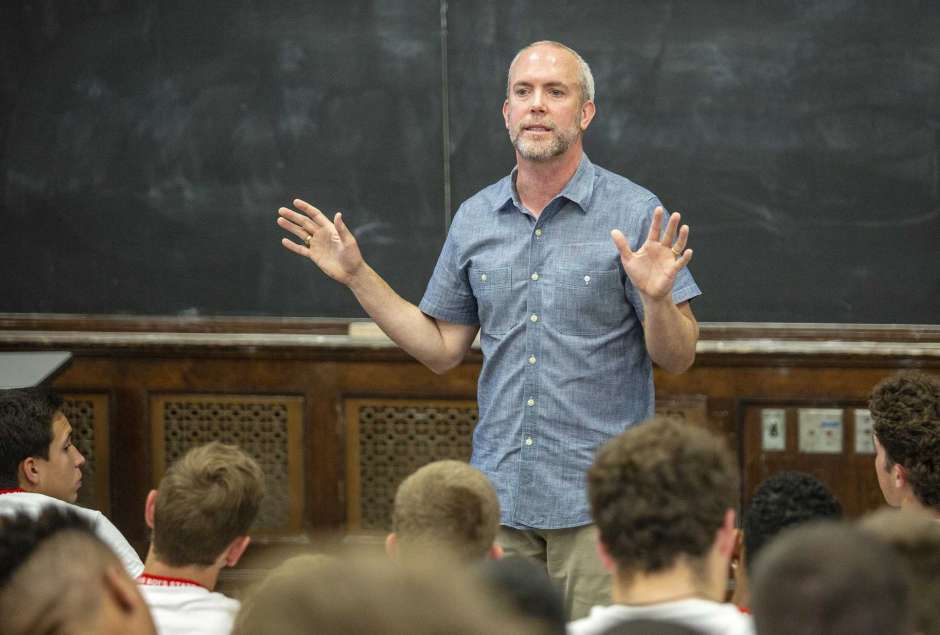 Found in the Express-News, 24 August, 2019
Rapper-turned-businessman seeks to improve his San Antonio barrio
“Ain’t nobody gonna help the barrio unless the barrio helps itself.” 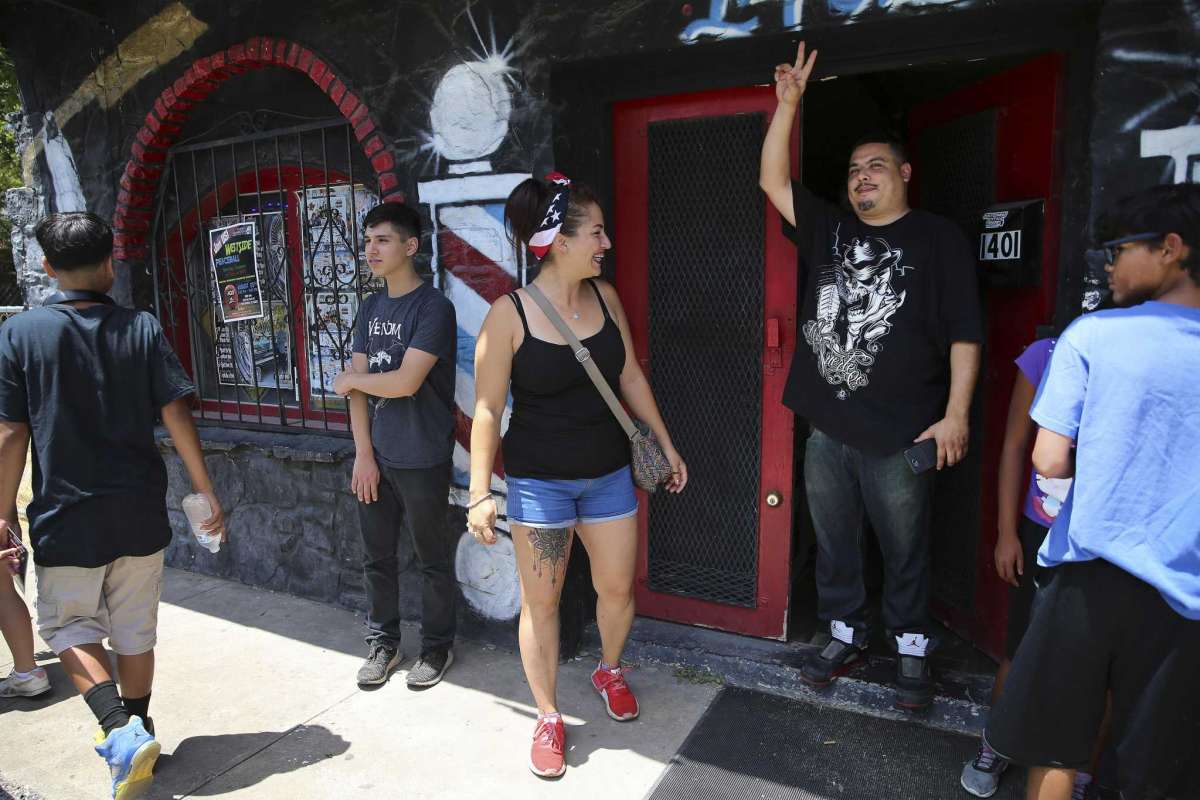 Found in the Express-News, 24 August, 2019
Turnaround at SAISD is proof ‘poverty is not destiny’
The broader community has been crucial to this turnaround. The district has received tremendous philanthropic support for projects, and the community has embraced ballot initiatives on bonds and taxes. 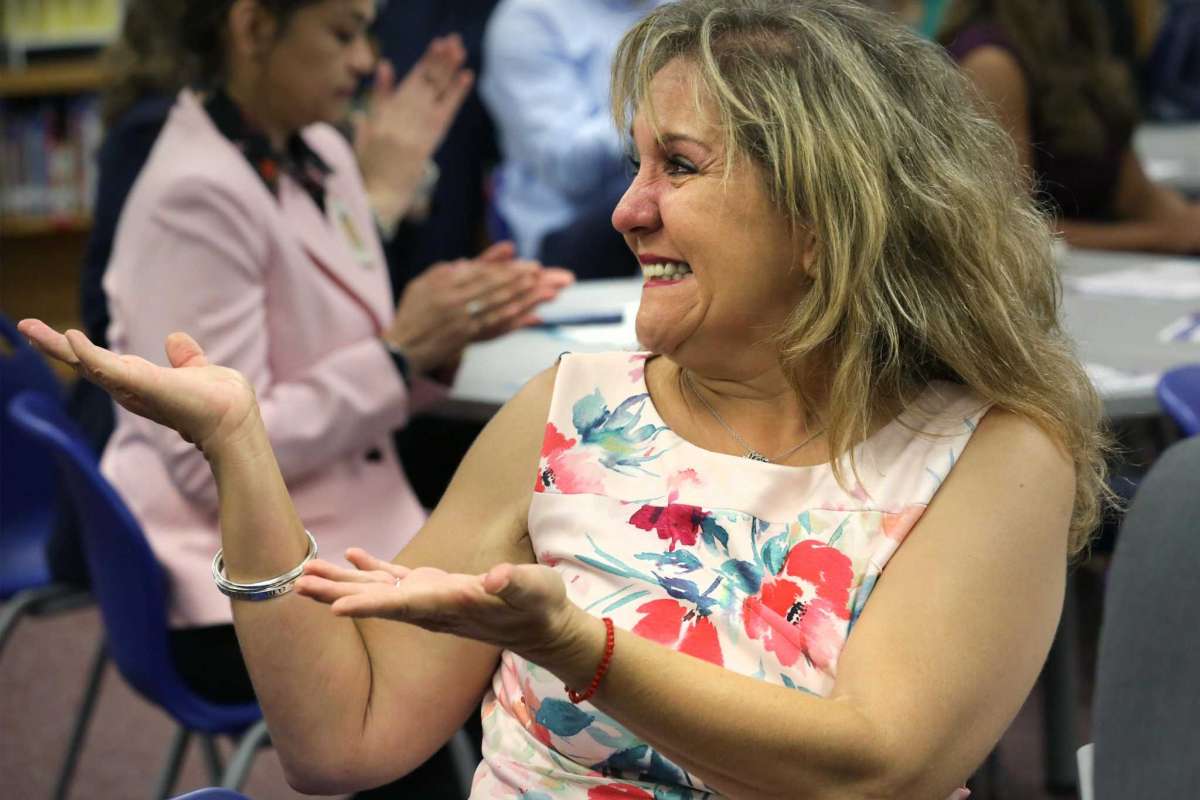 Found on Texas Public Radio, 21 August, 2019
Intergenerational Poverty Affects Primarily Hispanic And Black Communities In San Antonio
When addressing poverty, are local governments and nonprofits treating the symptoms and not the problem?

Found in the Current, 23 August, 2019
The People’s Nite Market Returns to West Side San Antonio Next Month
In addition to fresh fruits and vegetables, River City Produce will sell nutritious foods like eggs, beans, rice and pre-packaged options like five pounds of produce for $5. 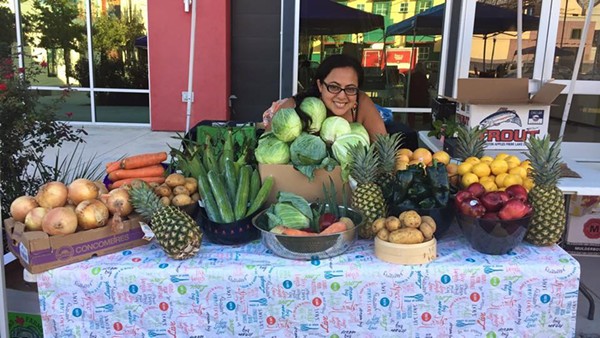 Found in the Express-News, 24 August, 2019
St. Mary’s University sponsors nonprofit volunteer event
“In San Antonio, we are surrounded by need,” Mengler said, “be it in the form of hunger, poverty or social issues. But when we organize our efforts, our community can provide service on an impressive scale. Together, we can meet those needs.” 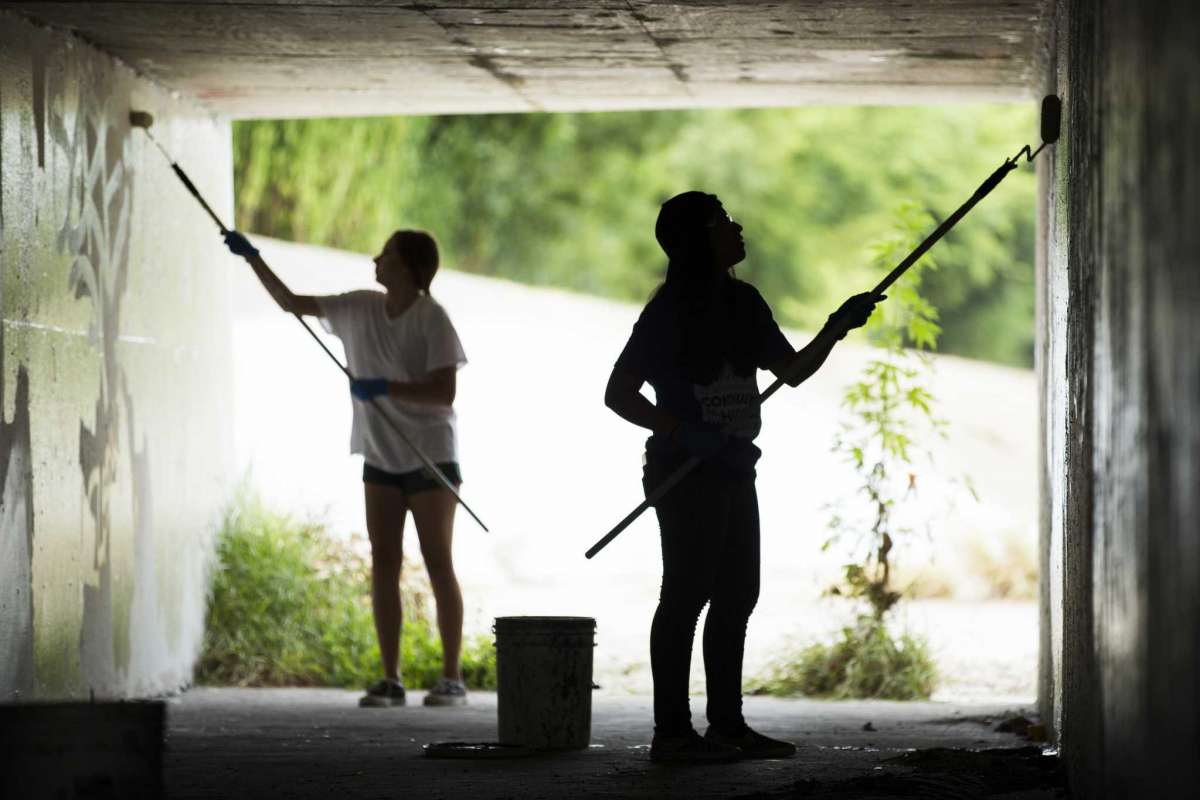 Seen on KENS 5, 24 August, 2019
Domestic violence nonprofit raising money for pet shelter
“It is, in fact, the reason why some victims do not come to the shelter, do not seek the safety of the shelter—because they do not want to leave their pets behind.” 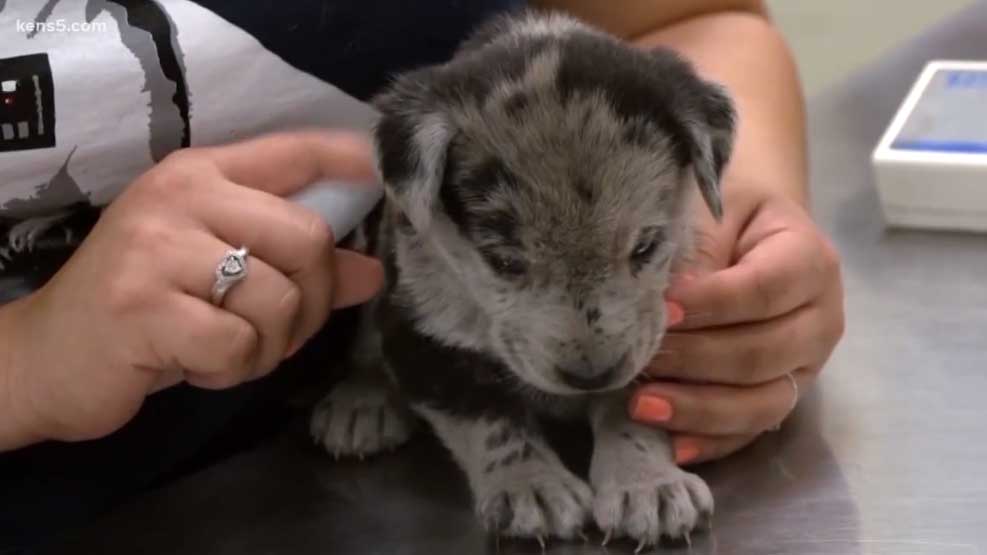 Seen on KSAT 12, 25 August, 2019
Northside Threads: Local organization helps families one outfit at a time
“I have students leaving feeling happy and confident, and they’re excited about going to school the next day and that they’ve got new clothes, gently used new clothes that they’re going to be able to wear and feel good and feel confident.” 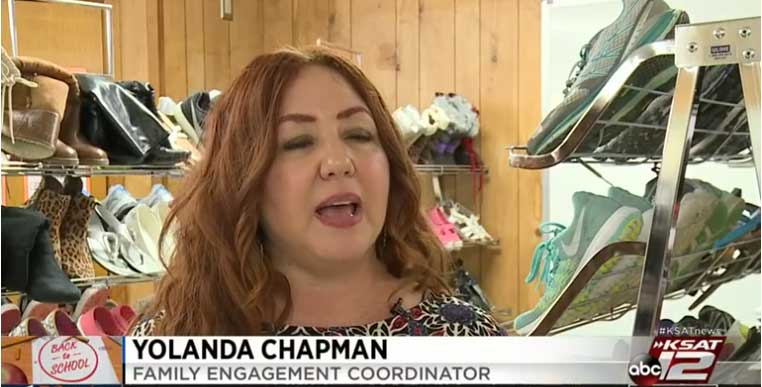 Seen on KSAT 12, 26 August, 2019
Study finds hate crimes rose 50% in San Antonio in 2018
“Hopefully, we can educate the next generation so that they are brought up not hating and instead learning to love one another and respect one another.” 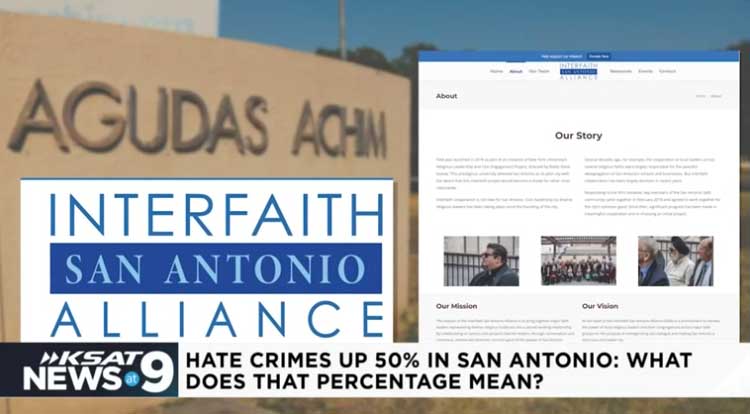 Found in the Express-News, 26 August, 2019
San Antonio could institute a voluntary gun buyback program to reduce number of firearms in city
The proposal’s goal “is to reduce the number of weapons that could fall into the hands of bad actors or mentally unstable persons through illegal gun transfers, theft or accidental means.”

Seen on KENS 12, 26 August, 2019
Proposal would make SA among first cities in Texas to have voluntary gun buyback program
Dist. 2 Councilwoman Jada Andrews-Sullivan said she’s confident there are many people in the community who have guns they no longer want, but they don’t know how to get rid of them. 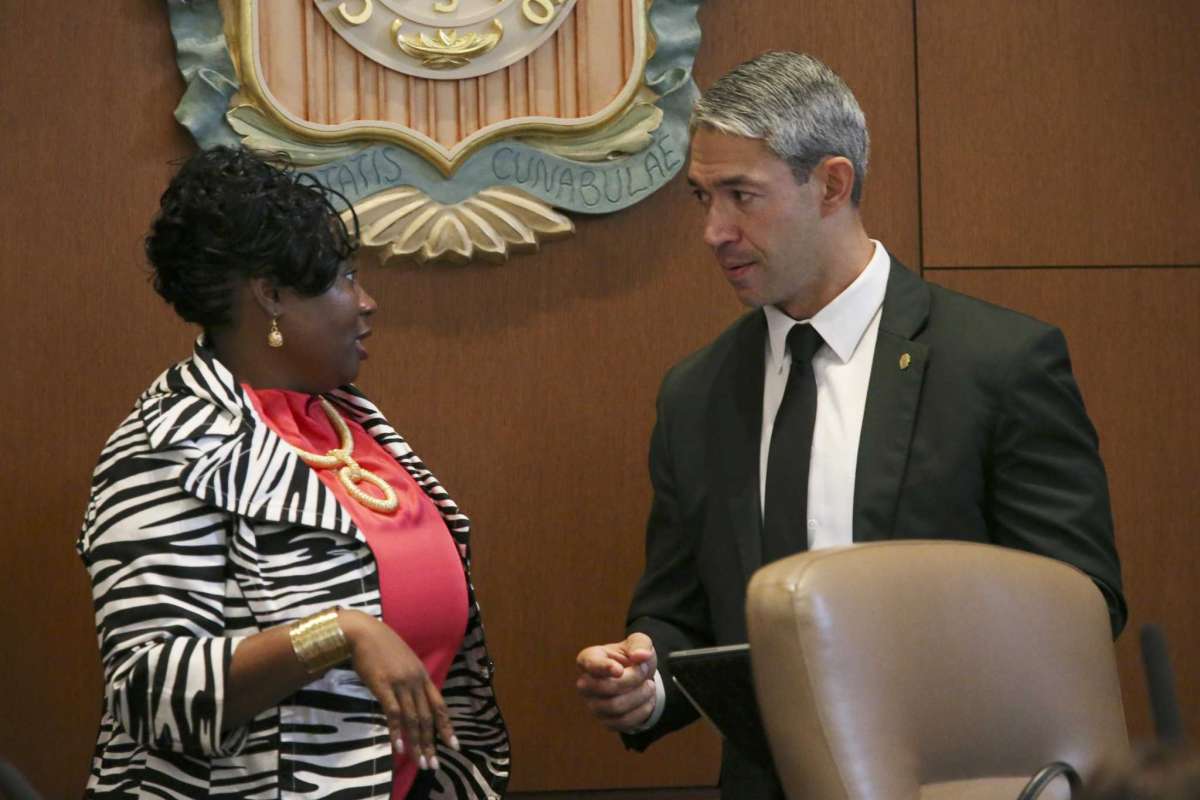 Seen on KENS 5, 26 August, 2019
Littlest hospital patients dancing to recovery
The Child Life department at Children’s Hospital helps plan these events and said it gives the kids an opportunity to smile and express themselves. 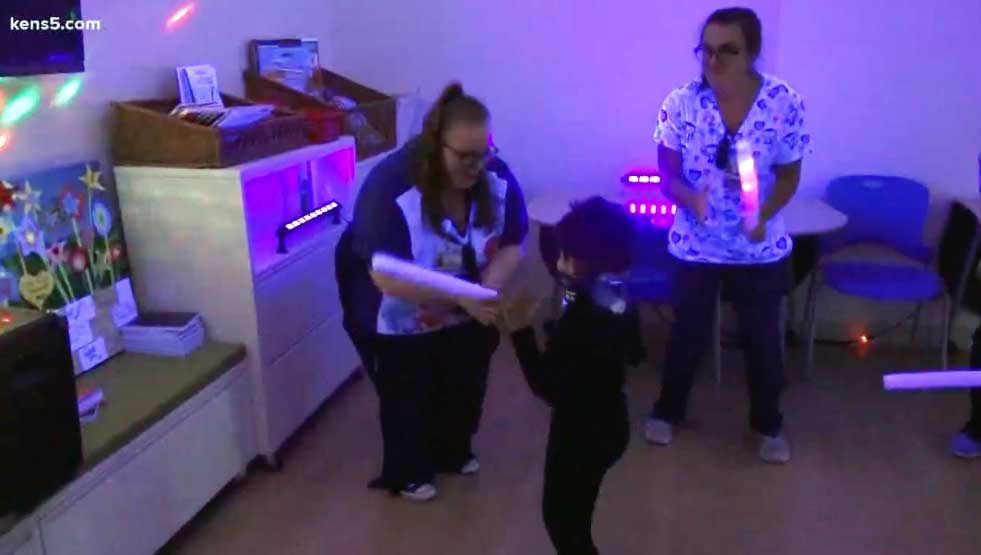 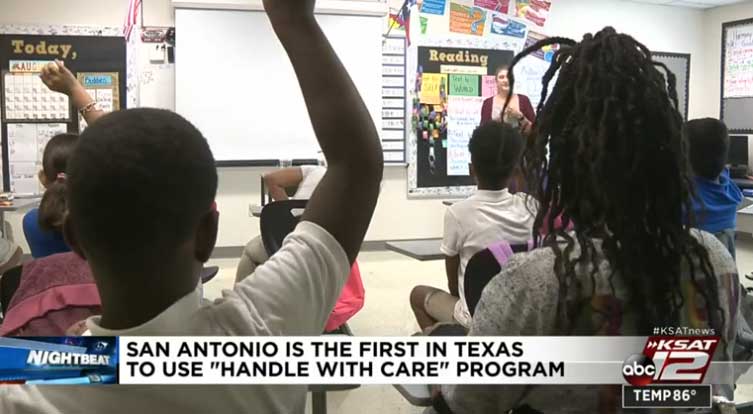