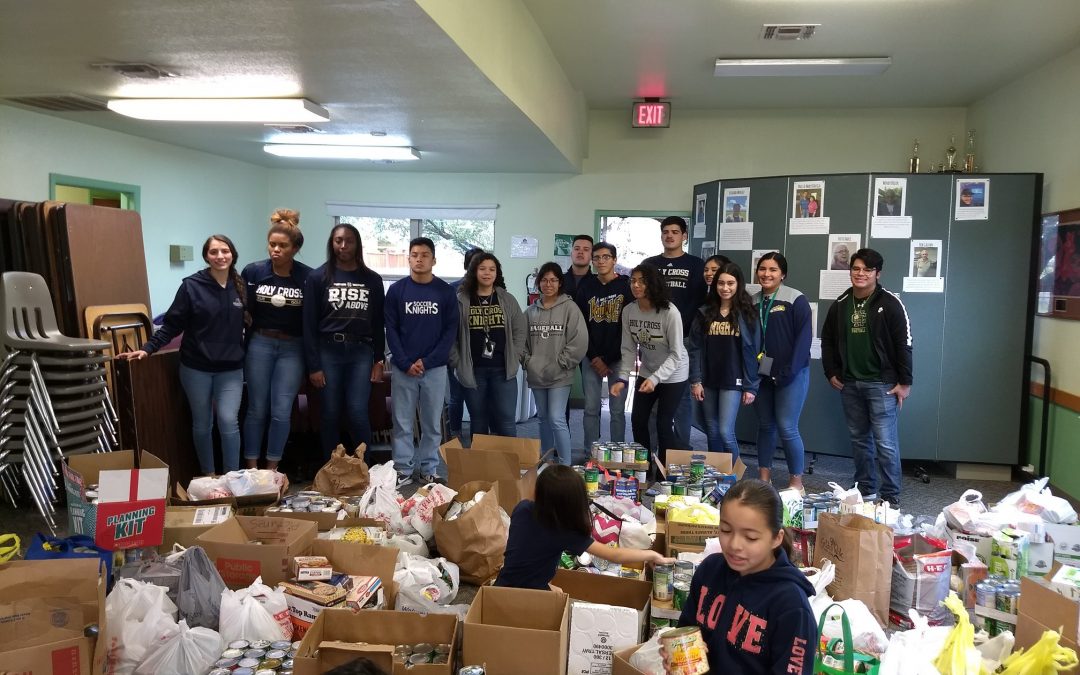 As is their annual tradition, students from Holy Cross High School donated, delivered and sorted 3,000 cans for the Inner City Development food pantry before taking off for Thanksgiving vacation. We publish this compassionate news roundup every Wednesday afternoon. If you want to get the news quicker, follow us on Twitter @compassionNET1. And don’t forget to use the hashtag #compassionateSA so we can find YOUR compassionate acts!

And last Wednesday, Spur DeMar DeRozan spoke to a small group of local students about mental health and his experiences fighting depression. He Tweeted, “I just want to do my part to make sure there is zero shame or stigma for anyone working to make their mental health a priority.” 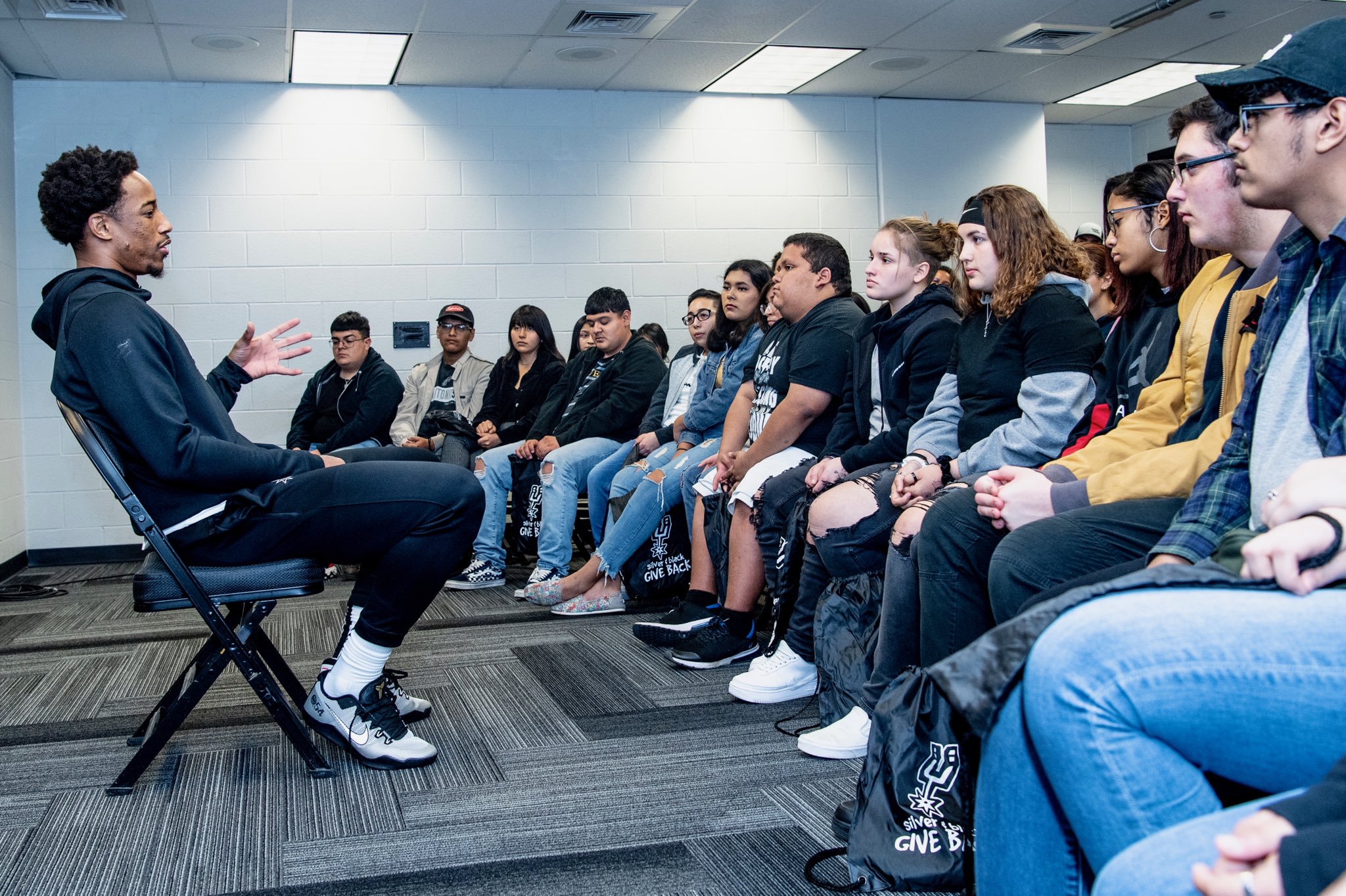 Found on KENS 5, 27 November, 2019
SA group to build village for homeless seniors
“The only way to cure homelessness is to actually provide them with a home.” 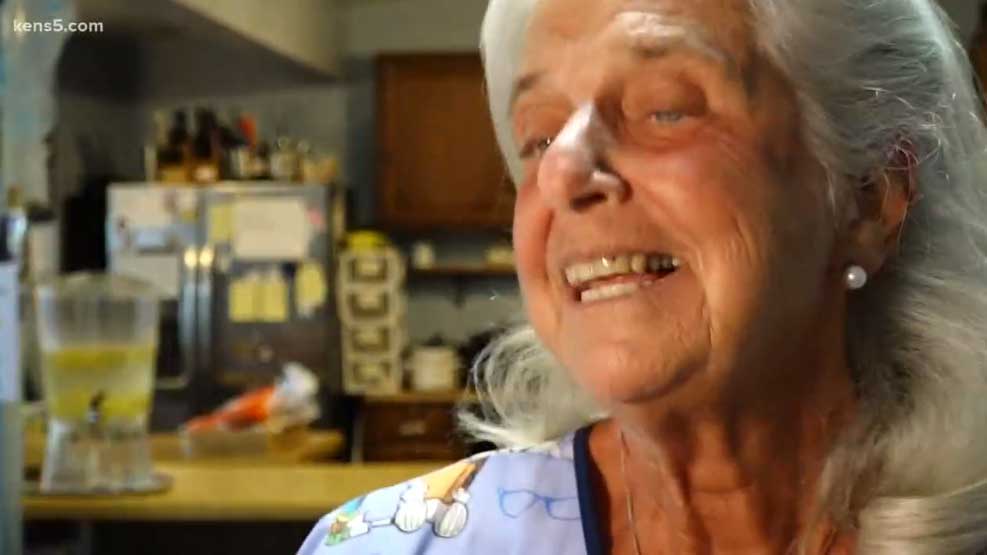 Found in the Express-News, 28 November, 2019
San Antonio historic church continues its mission of service after scaffolding accident
“A church is not a building. It’s really its people. We’ve just been reminded of that in a powerful way.” 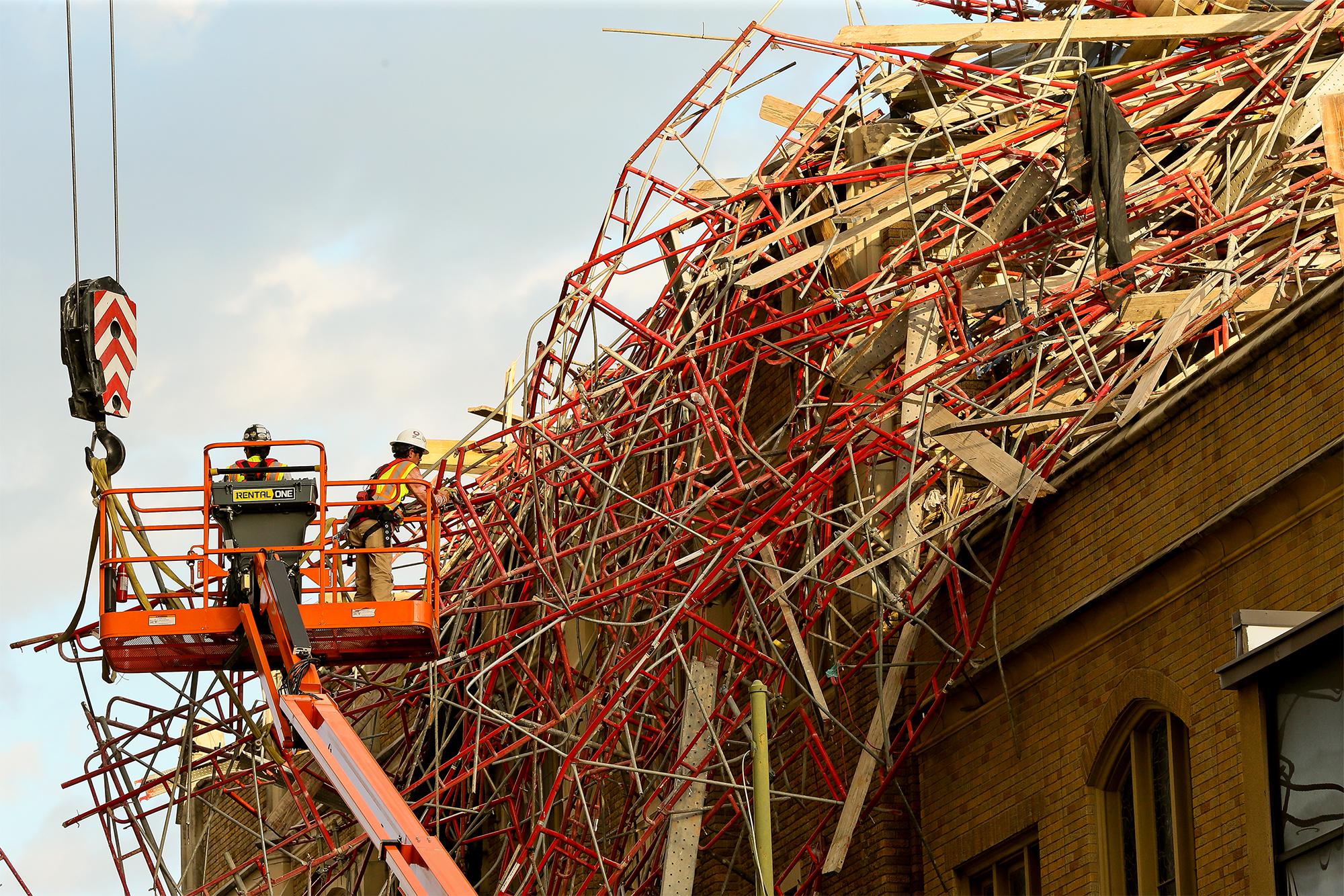 Found in the Rivard Report, 28 November, 2019
Raul Jimenez Dinner Feeds Thousands of San Antonians in 40th Year
In addition to serving 25,000 meals at the convention center, the organization’s 4,000 volunteers help deliver 30,000 meals to homes in the San Antonio area.

Found in the Express-News, 29 November, 2019
Raul Jimenez Thanksgiving Dinner feeds thousands and warms hearts in San Antonio
“This taught me about helping people by giving them joy and care.”

Seen on KSAT 12, 28 November, 2019
Julián Castro and family serve at 40th Annual Raul Jiménez Thanksgiving Dinner
“We all have a role to play in making sure that each other is okay and that there are still a lot of Americans in need out there.” 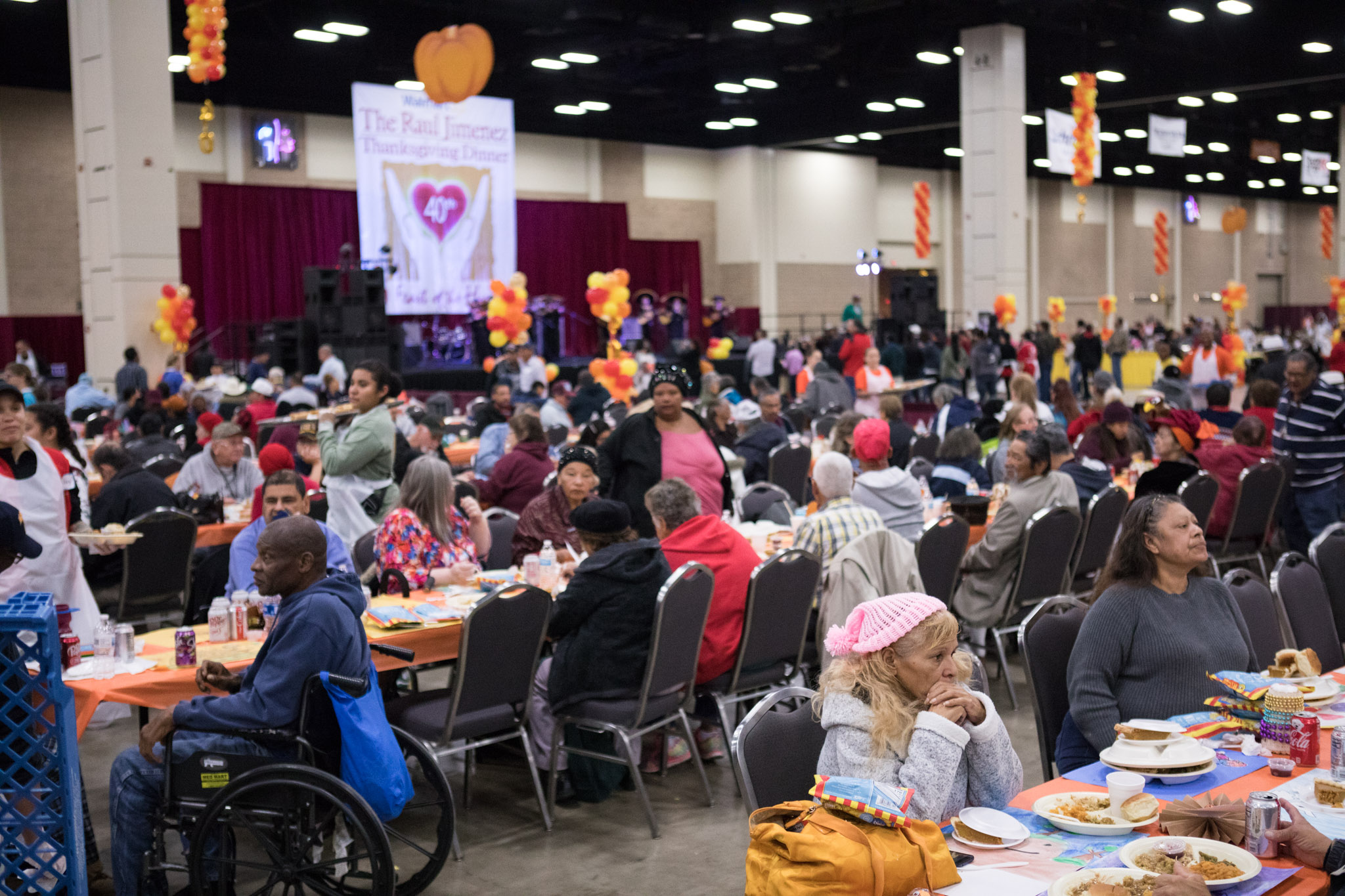 Found in the Express-News, 28 November, 2019
On Thanksgiving, San Antonio troops find a home far from home
More than 860 soldiers went home with more than 300 families as part of Mission Thanksgiving, which has been in place at Fort Sam Houston since 1983. 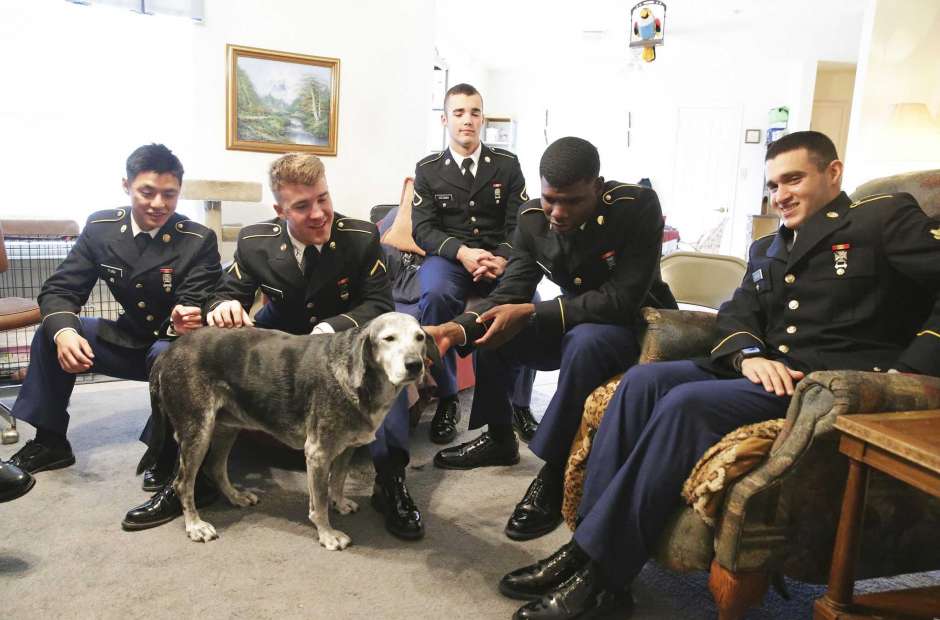 Found on WOAI 4, 29 November, 2019
School helps elderly look ‘on fleek’ for Thanksgiving
“They come in and they kind of get pampered and they get ready to go with their families or friends or back to their homes.” 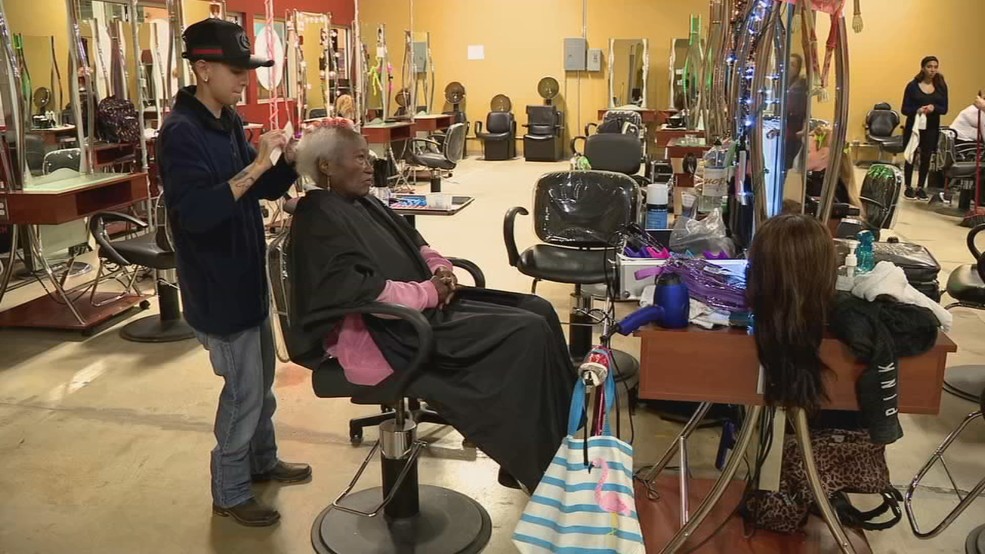 Found in the Express-News, 28 November, 2019
Morgan’s Wonderland Camp brings community together
The Food Bank will lease the camp’s kitchen for $1 annually over a 20-year period and use the kitchen to provide meals to the surrounding area. 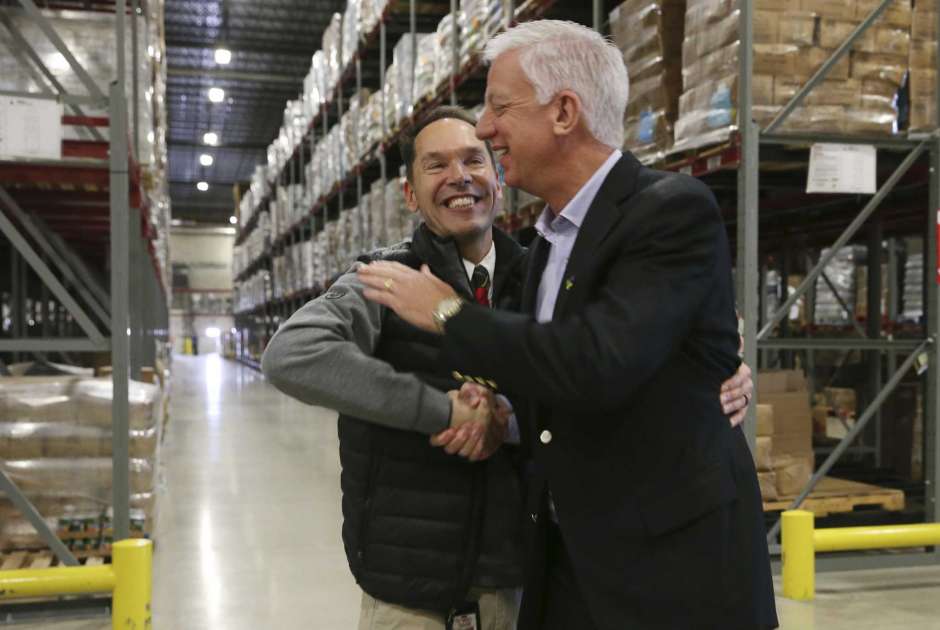 Found in the Rivard Report, 28 November, 2019
Webhead’s Janie Gonzalez Is on a Mission to Make Entrepreneurship Inclusive
She’s taking on what she sees as a growing disparity faced by businesswomen and entrepreneurs of color – groups that she feels aren’t given the same opportunities their white and affluent peers enjoy. 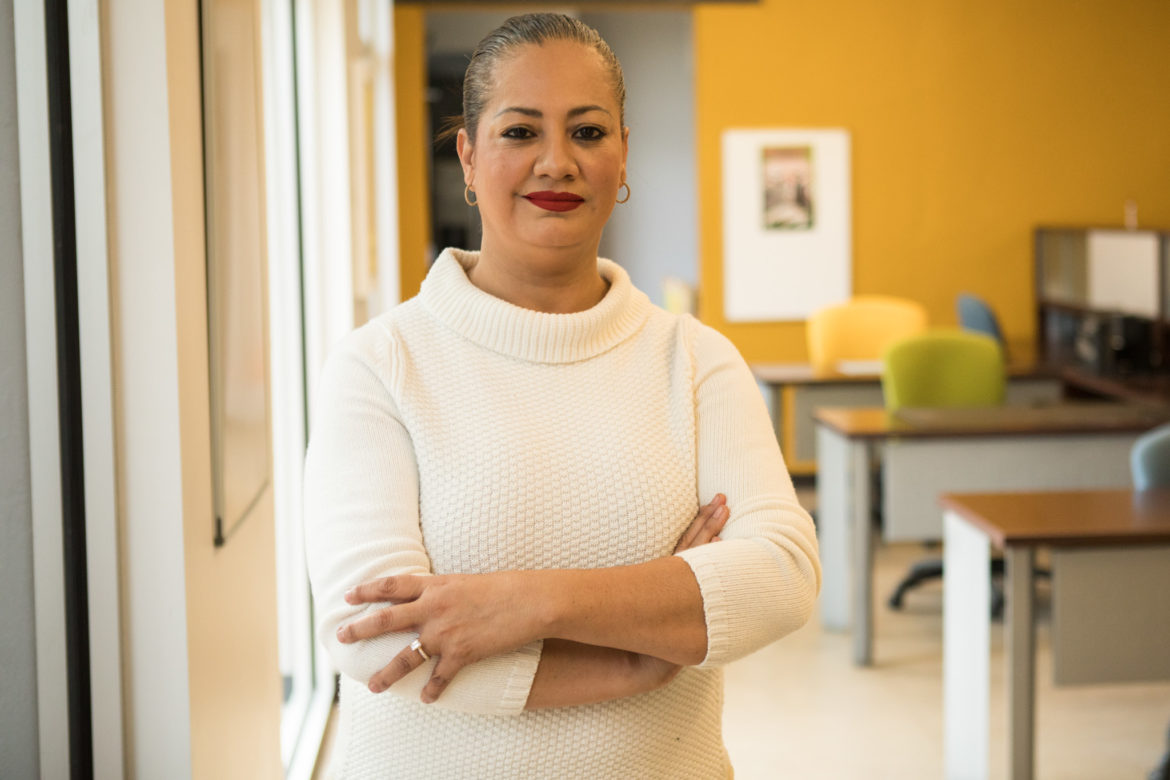 Seen on Spectrum News, 28 November, 2019
Meals on Wheels Volunteers Bring Thanksgiving Feast to Those in Need
“This is a day for us to give thanks because people care about their neighbors, and it’s a special day.” 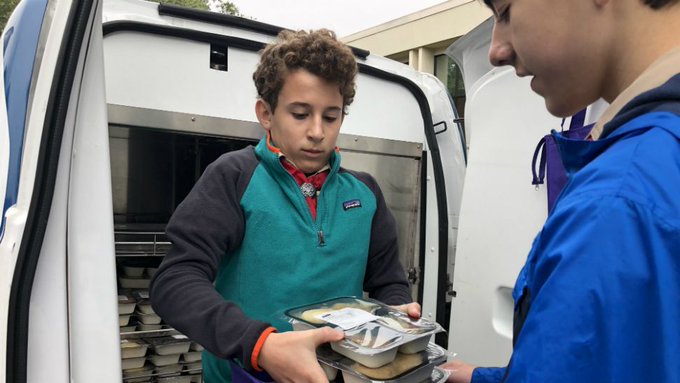 Seen on WOAI 4, 28 November, 2019
San Antonio police use beards to raise money for cancer research
Every SAPD participant is required to pay $30 to grow a goatee, or $50 for a full beard. “During November you’re allowed to call us the fuzz.” 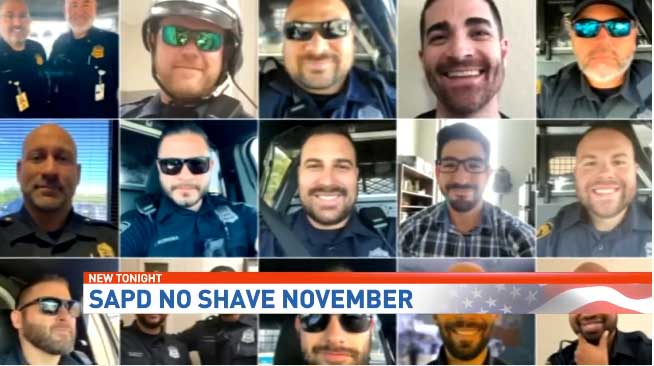 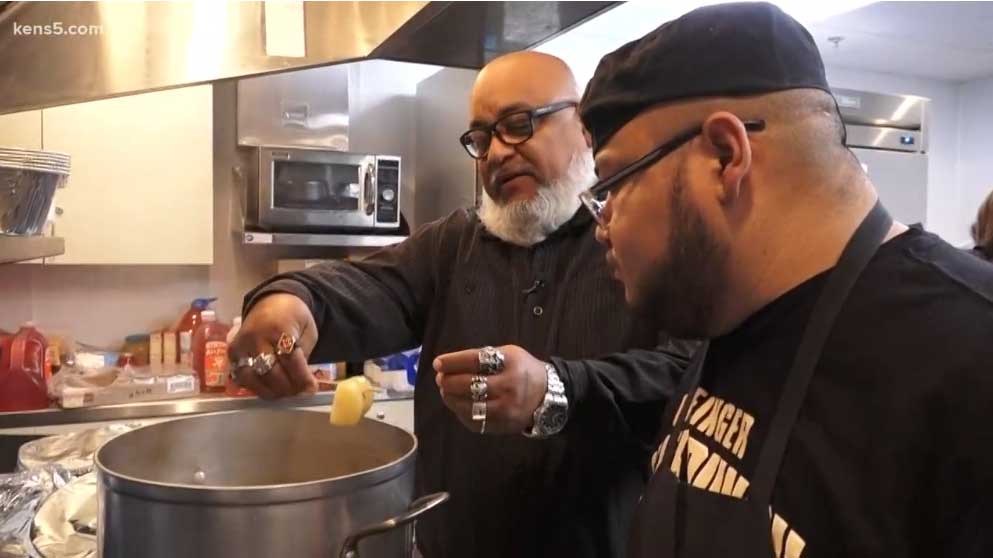 Found in the Express-News, 30 November, 2019
Longtime South Side nonprofit helps poor and vulnerable populations
“What we’re able to do is help them find out what brought them to that situation in the first place … and provide help or support to get out of that situation.” 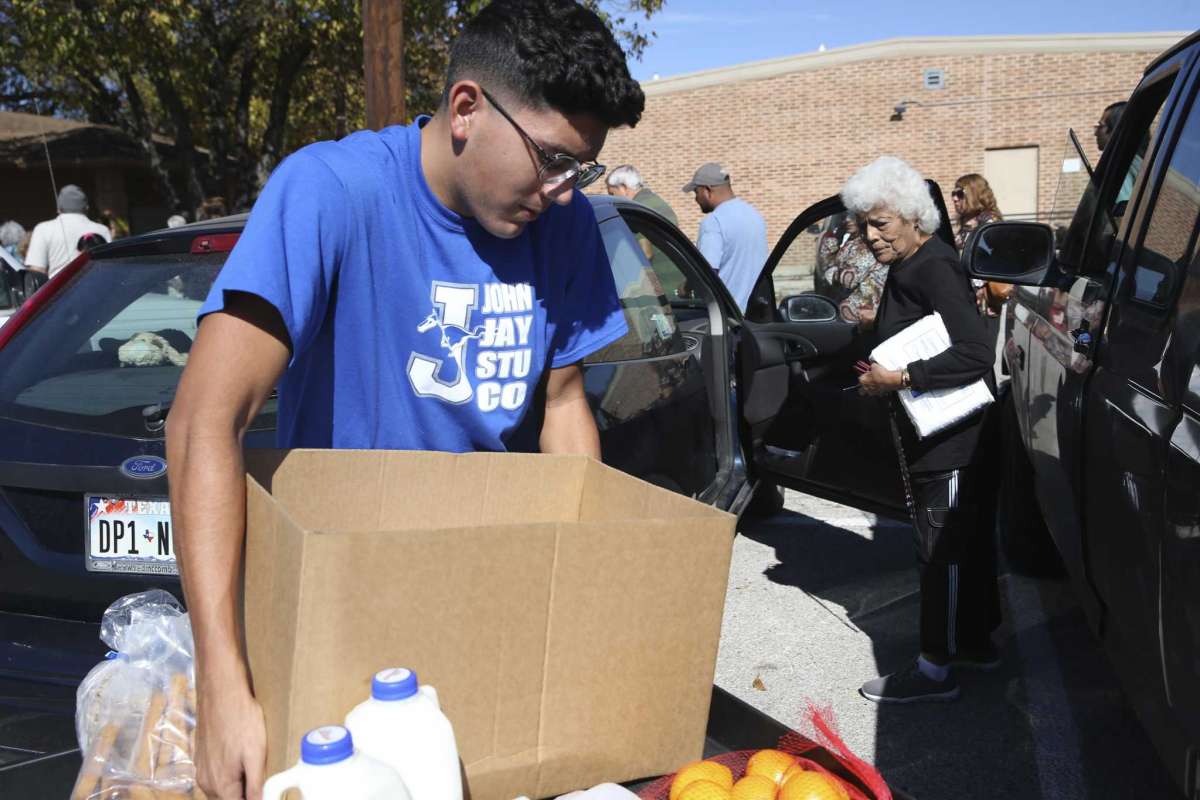 Found in the Express-News, 30 November, 2019
San Antonio woman, a singer and dancer with Taylor Swift, gives back to community’s performing arts
Eliotte Woodford’s motto is “Work hard and be kind.” 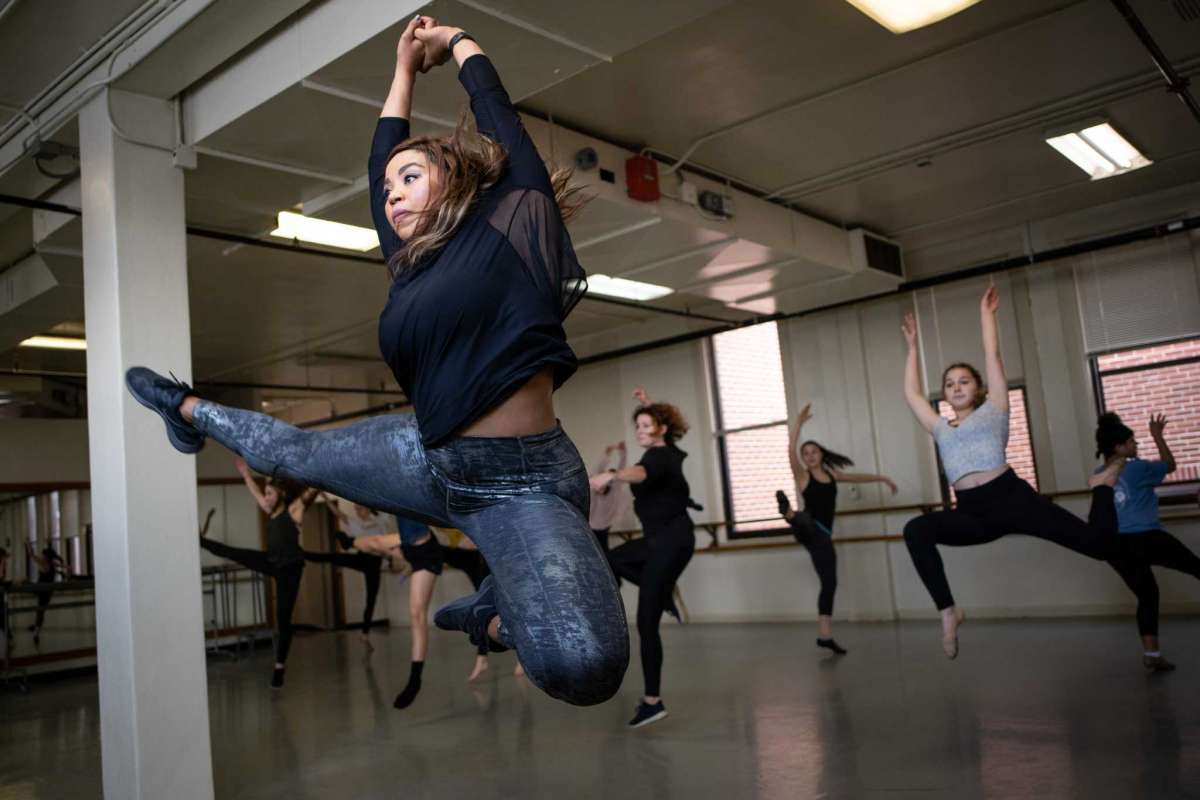 Found in the Express-News, 1 December, 2019
New JUNTOS gang court docket doing well in Bexar County, officials say
When the boys see a judge who is “100 percent committed,” it helps them to feel special. 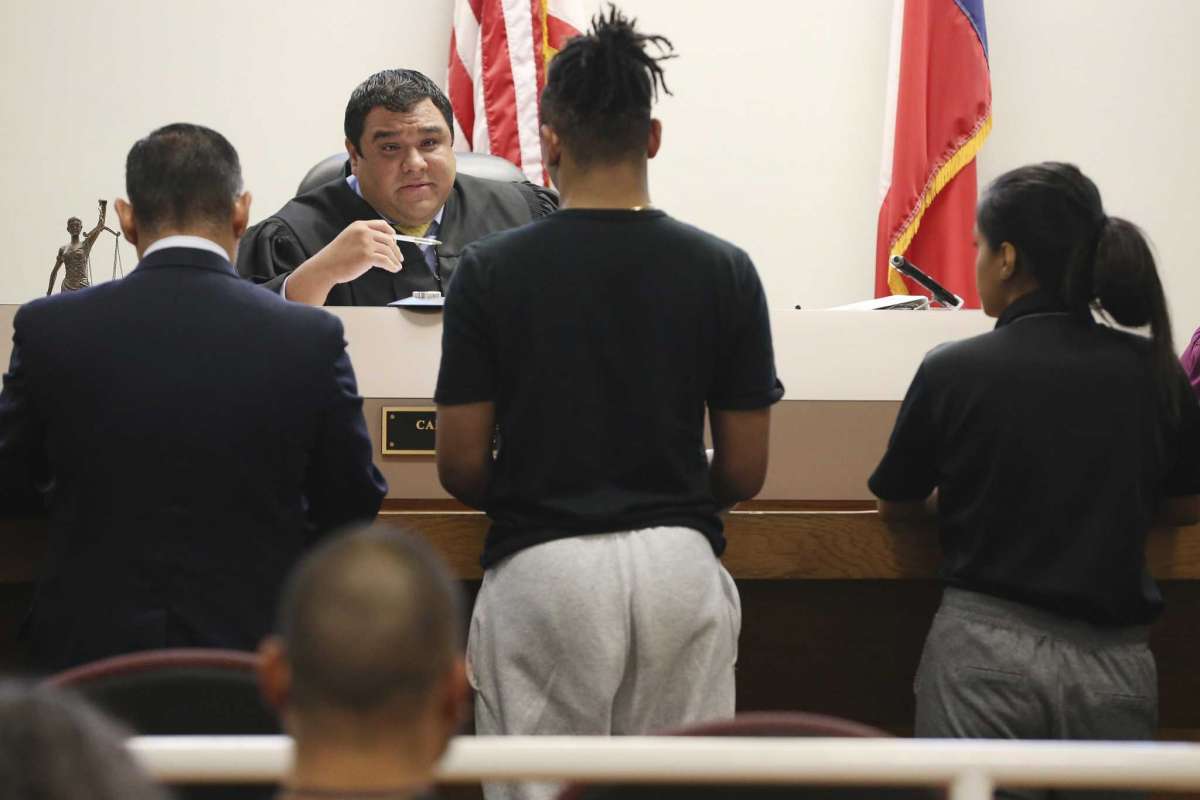 Found in La Prensa Texas, 2 December, 2019
Sister Jane Ann Slater, CDP –Chancellor of the Roman Catholic Archdiocese of San Antonio, Texas
“We all have a place. Not just women, but minority groups, not just ethnic minority but gender minority, economic…I think everyone has experiences and stories and I think the stories we have really are powerful and hearing those stories and providing opportunities for people to come together to articulate those stories in a way that helps deep understanding and openness…I would like to do that.” 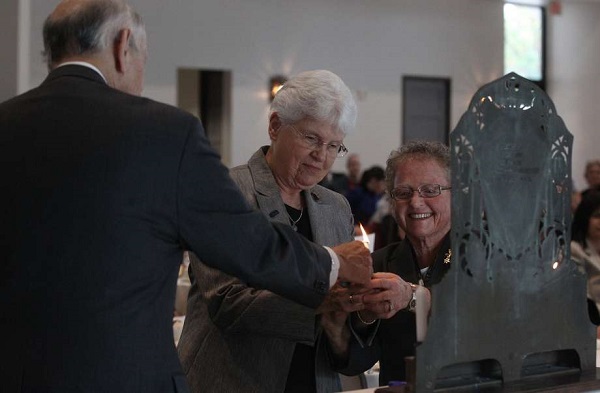 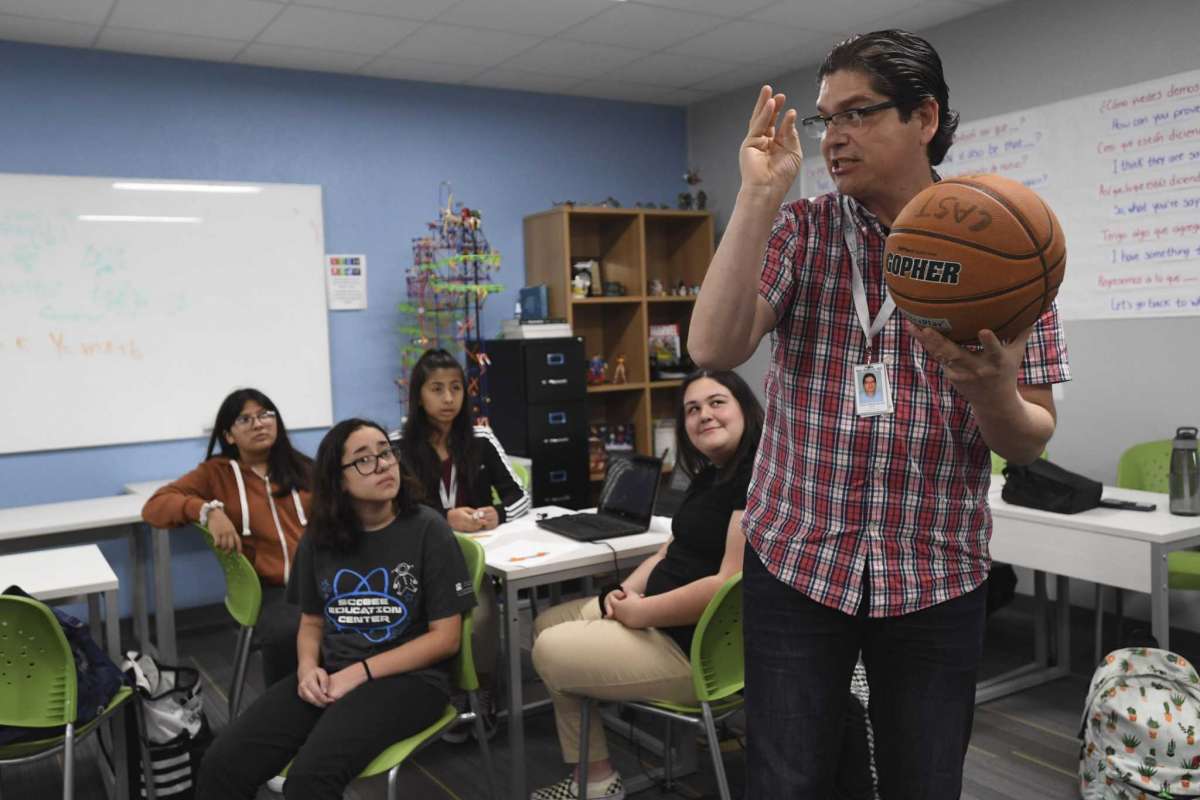 Seen on WOAI 4, 2 December, 2019
Food drive for students, by students in NEISD elementary school
“We tell them act like you’re in their shoes. That’s difficult. Think about when you go home and have snack. Some students don’t have that.” 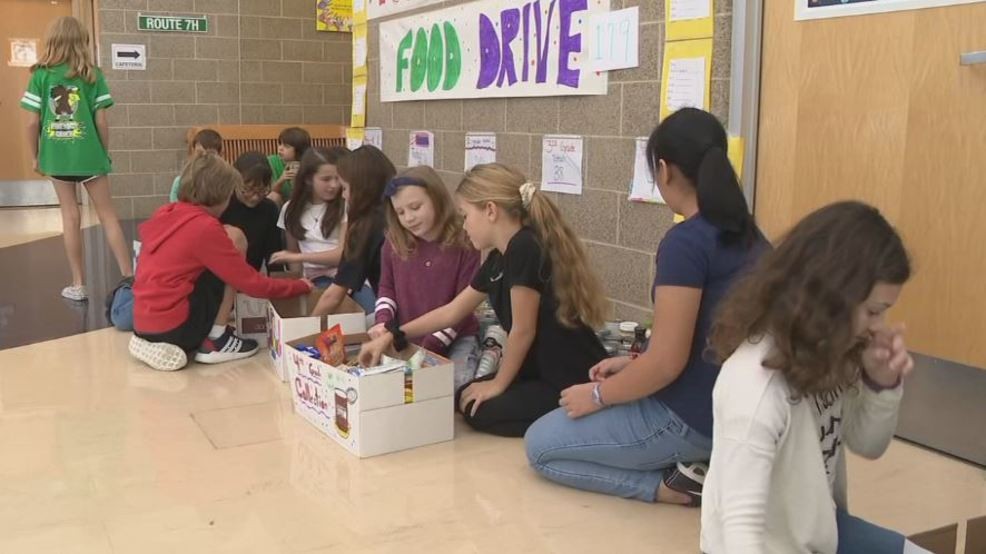 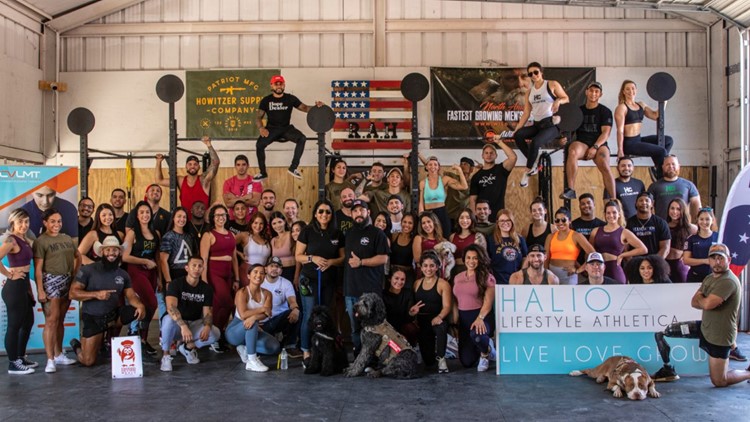 Seen on KSAT 12, 2 December, 2019
Habitat for endangered whooping crane opens at San Antonio Zoo
The zoo was instrumental in bringing the bird back from the brink of extinction in 1956, when there were only 16 total whooping cranes in the wild. 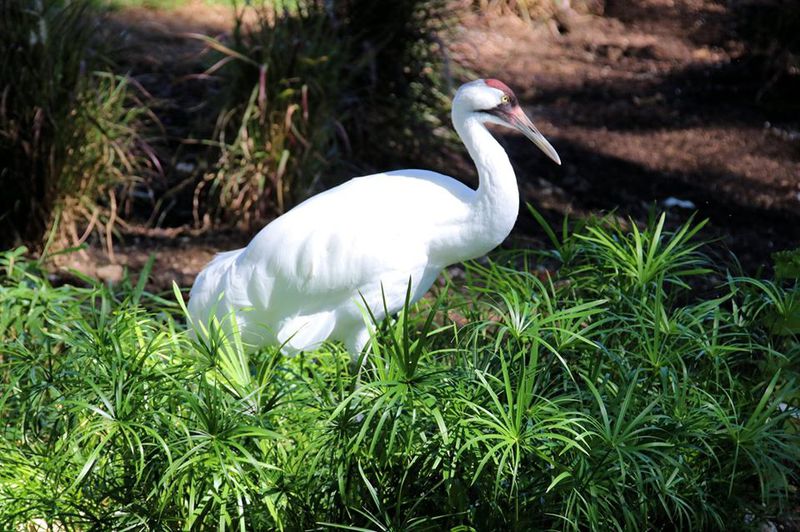 Seen on WOAI 4, 2 December, 2019
Brig. General Lenderman brings kinder, gentler approach to JBSA command
“You shouldn’t have to be ashamed of showing your emotions and I think that’s kind of the new Air Force that we’re going towards.” 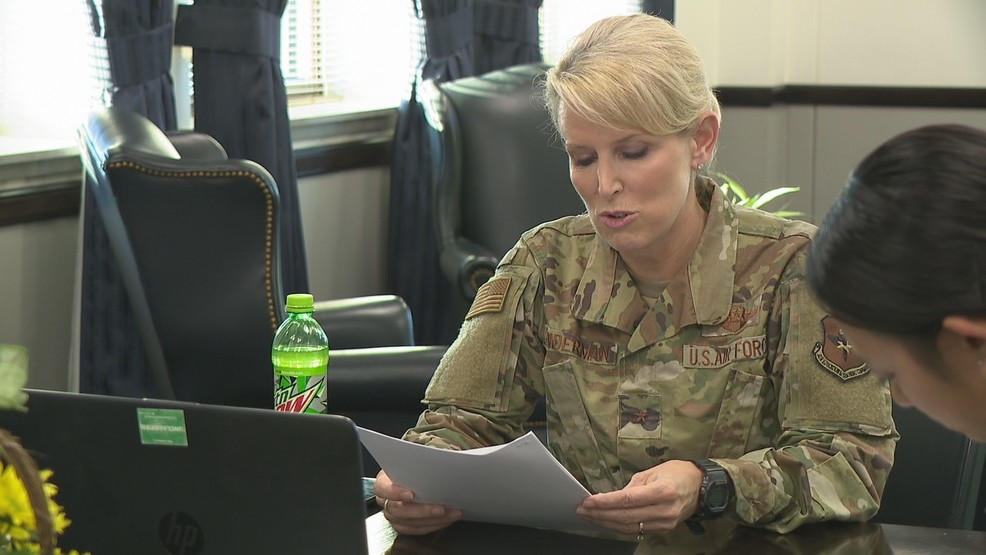 Found in the Rivard Report, 2 December, 2019
City Looks to Tackle Digital Divide by First Assessing the Problem
“If I were standing up here and telling you that 25 percent of San Antonians don’t have access to water, or health care, or books, or a sewer system, or energy, I think our hair would be on fire.”

Heard on Texas Public Radio, 2 December, 2019
San Antonio Launches Survey To Find Out Where The Internet Gaps Are
Having hard data to point at will allow officials to make the issue a priority. 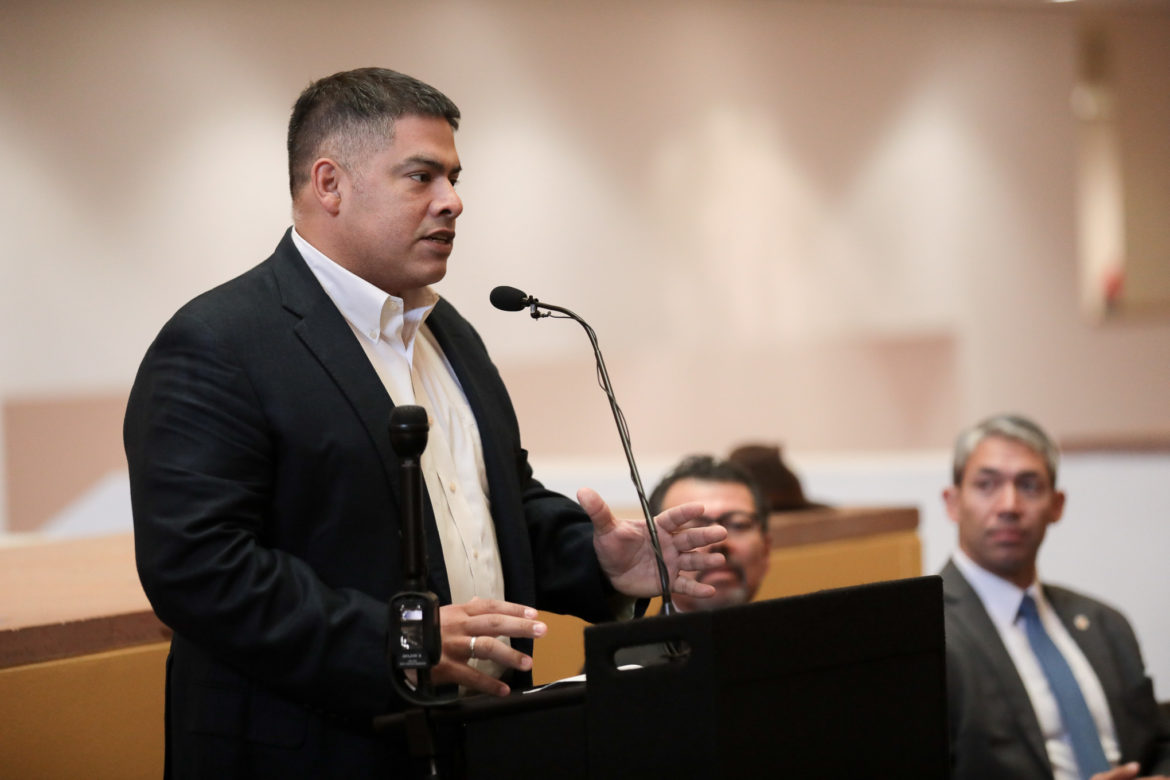 Found in the Express-News, 3 December, 2019
San Antonio window washer now high on god, not heroin
A former drug addict himself, Witt said he simply gives mercy to others because he was shown mercy. He said more times than not, holding a hand out to broken people works. 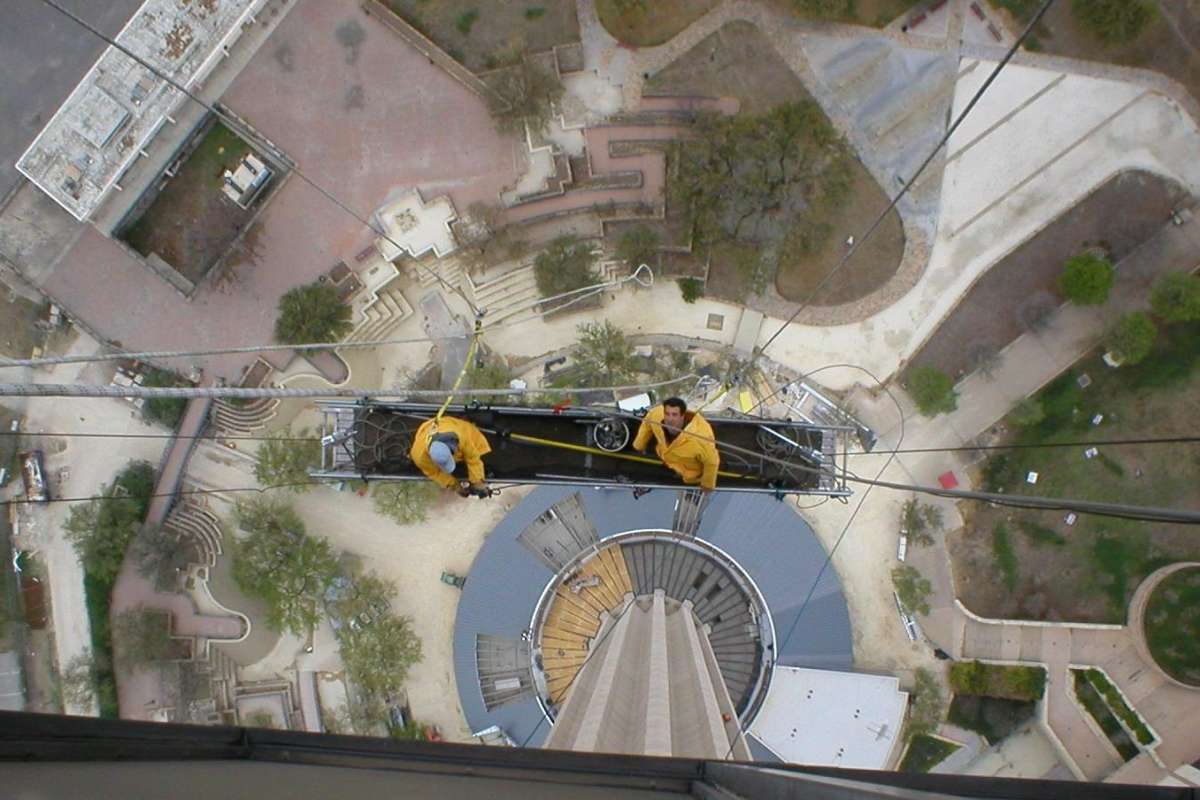 Found in the Express-News, 3 December, 2019
San Antonio education advocates will cheer Bernal’s GED push
Palo Alto officials say women who get a GED see an increase in income of almost $11,000 a year. After earning an associate degree, their income can jump an additional $9,000. 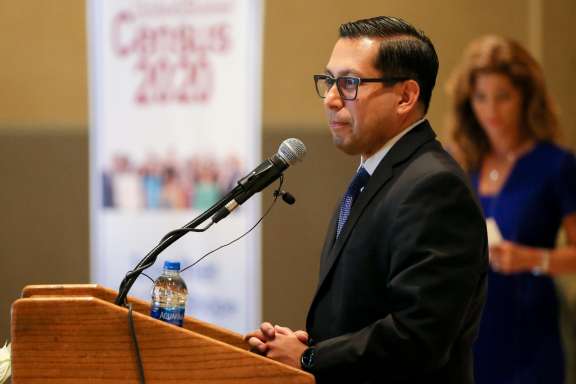 Found in the Express-News, 4 December, 2019
Jurists have big plans for Bexar County courts coalition
“Specialty courts acknowledge the humanity they are dealing with and they help people.” 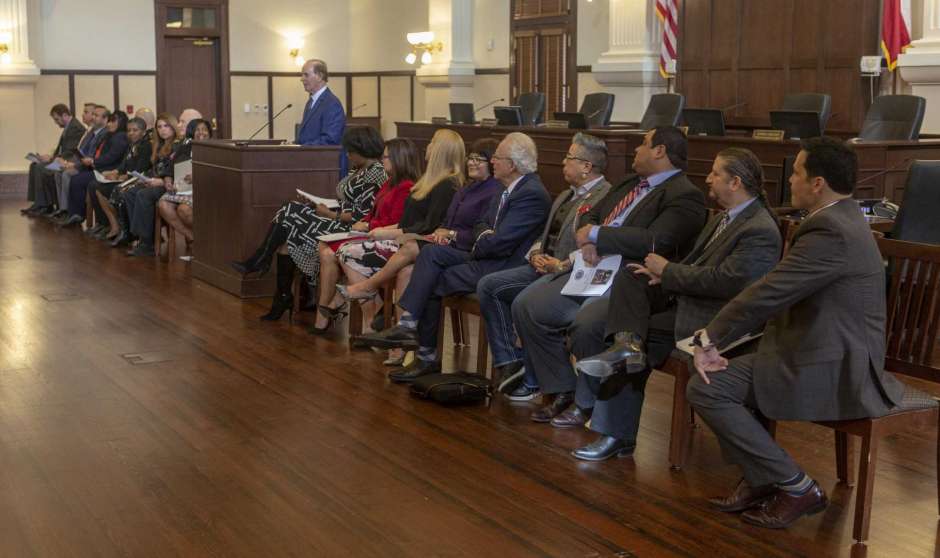 Found on the Climate Mayors web site, 3 December, 2019
Climate Mayors Network Announces Steering Committee to Strengthen City Climate Action
Mayor Nirenberg is one of the 24 mayors pledged to act to meet the goals of the Paris Agreement, protect our most vulnerable residents, strengthen global health, and create a green economy that works for everyone. 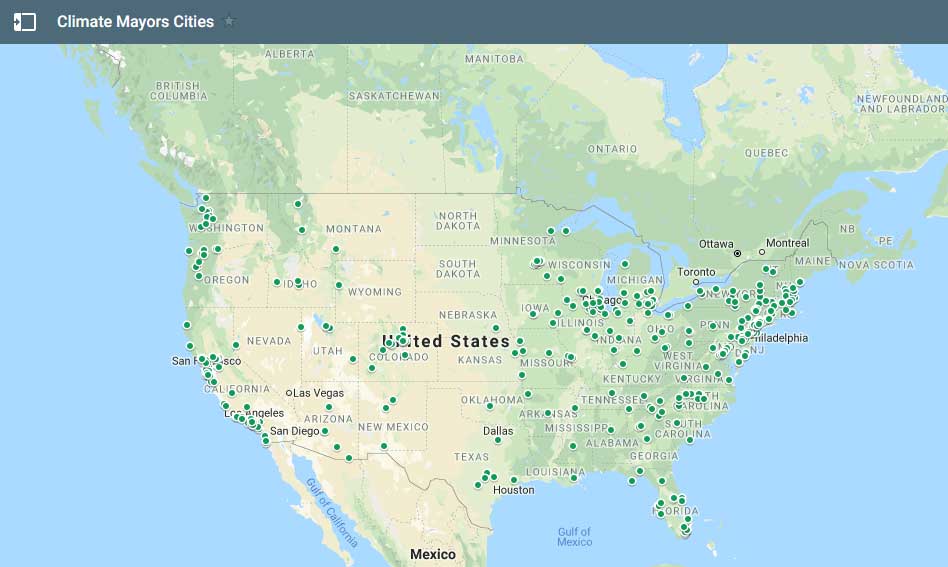 Found in the Express-News, 4 December, 2019
San Antonio volunteers decorate Christmas trees for youngsters at the Children’s Shelter
80 volunteers from 16 organizations who converged upon the campus where the trees will be displayed through the holiday season, lifting the spirits of youngsters and little ones who have experienced abuse, abandonment or neglect. 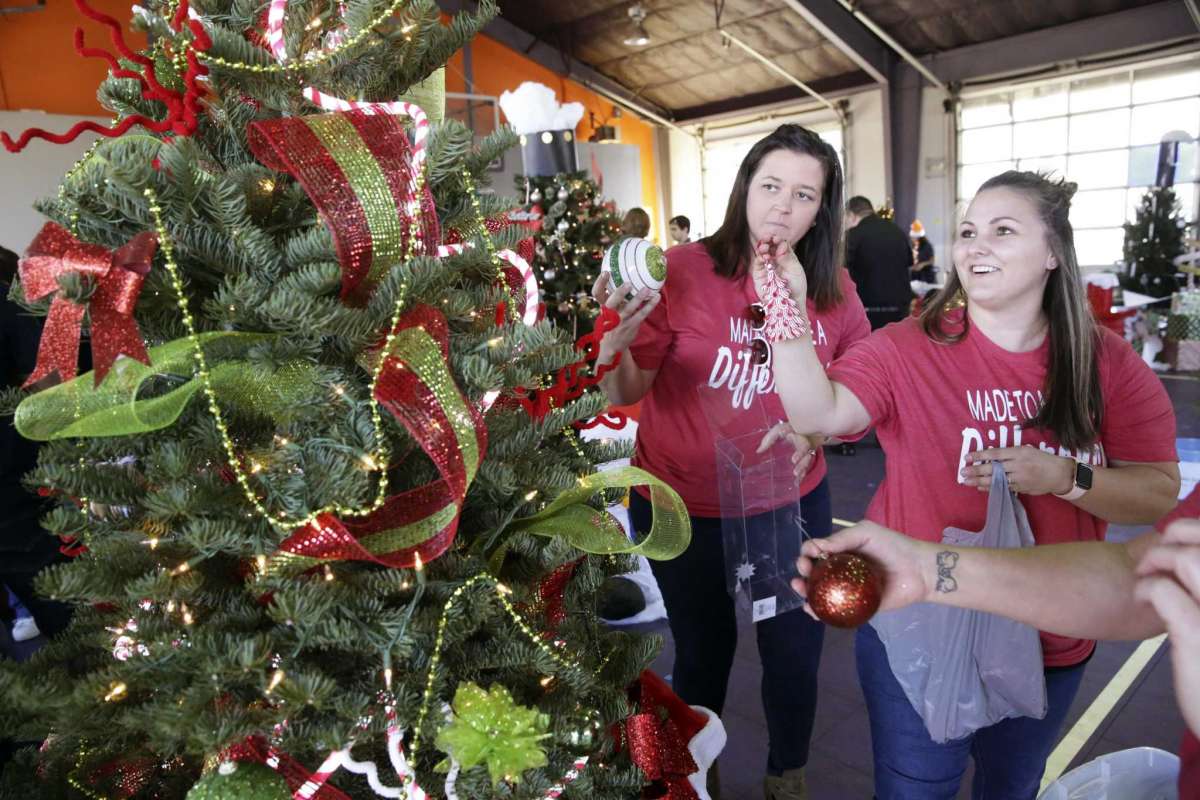 Found in the Express-News, 4 December, 2019
Philanthropist, Film Industry Veteran Eye San Antonio for Special Effects Academy
“Seeing the magnitude of the [disconnected youth] problem here has really made me passionate about trying to make a difference.” 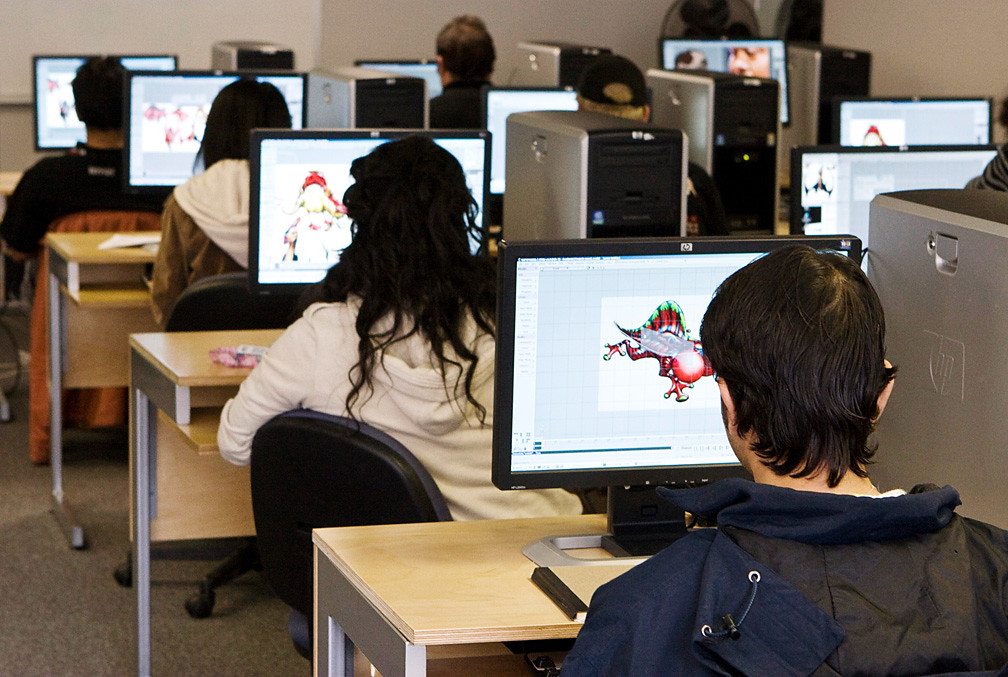