Compassion here! This Week in SATX 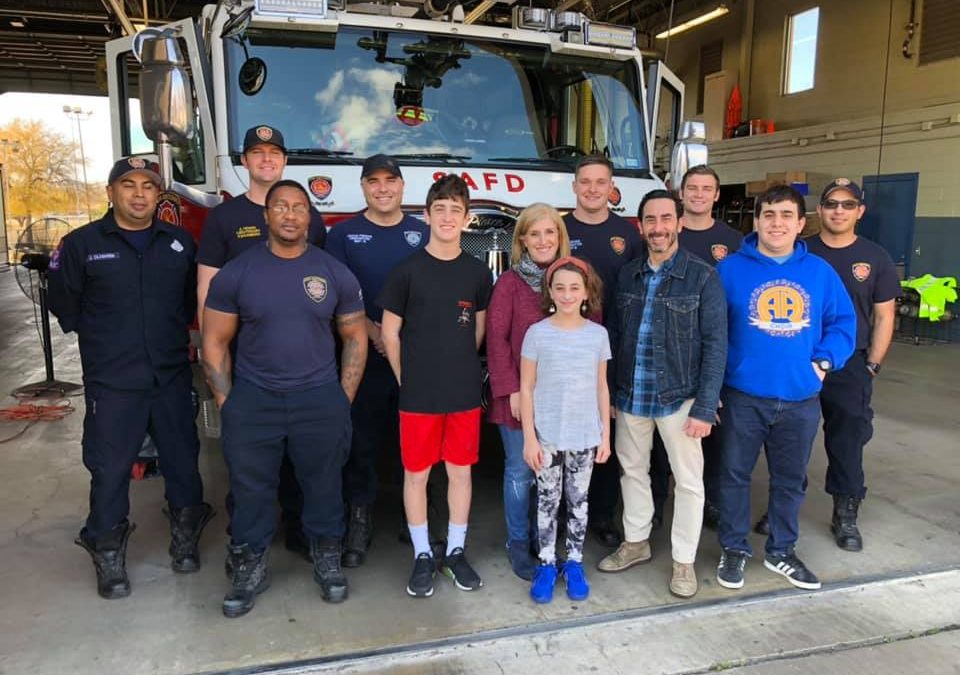 Temple Beth-El brought a delicious hot holiday meal to the folks working Christmas day at Fire Station #8 on South Hamilton Ave. We publish this compassionate news roundup every Wednesday afternoon. If you want to get the news sooner, follow us on Twitter @compassionNET1. And don’t forget to use the hashtag #compassionateSA so we can find YOUR compassionate acts!

Found in UTHealth Future Magazine, December, 2019
Battling Opioid Epidemic with Science, Compassion
“We need compassion. Compassion is more than feeling sorry for someone. It is tolerating what we find to be uncomfortable, and it is taking action. Sometimes I think we have become so desensitized to suffering that we think we cannot make a difference, or that it is not our problem–not my kid; not my problem.” 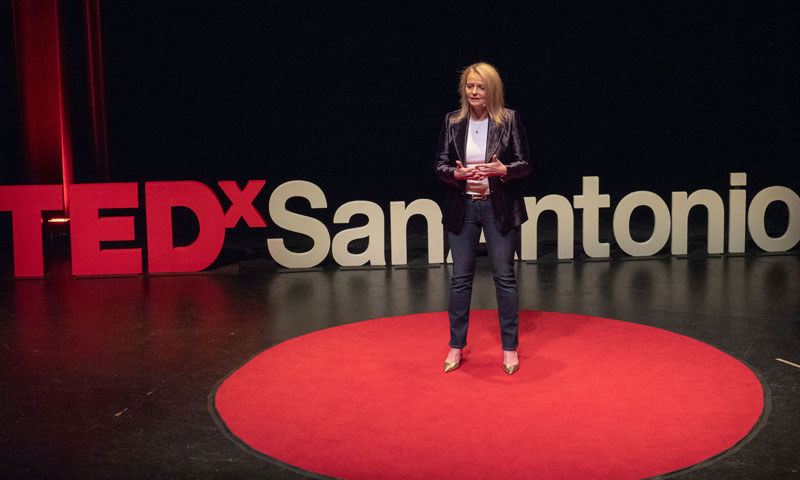 Seen on KENS 5, 19 December, 2019
How ‘Blessings in a Backpack’ made a difference in the San Antonio community
Volunteers made sure that the personalized bags were filled with food for students who may otherwise go hungry over the holiday break. 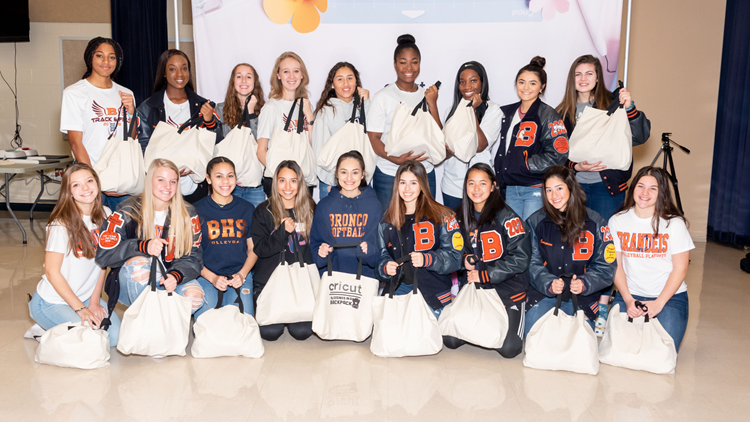 Found in the Express-News, 21 December, 2019
Annual Feast of Sharing brings thousands downtown for a holiday meal
In addition to the event in San Antonio, H-E-B hosts the holiday feast in 23 Texas cities and in Mexico — serving a total of 250,000 meals. 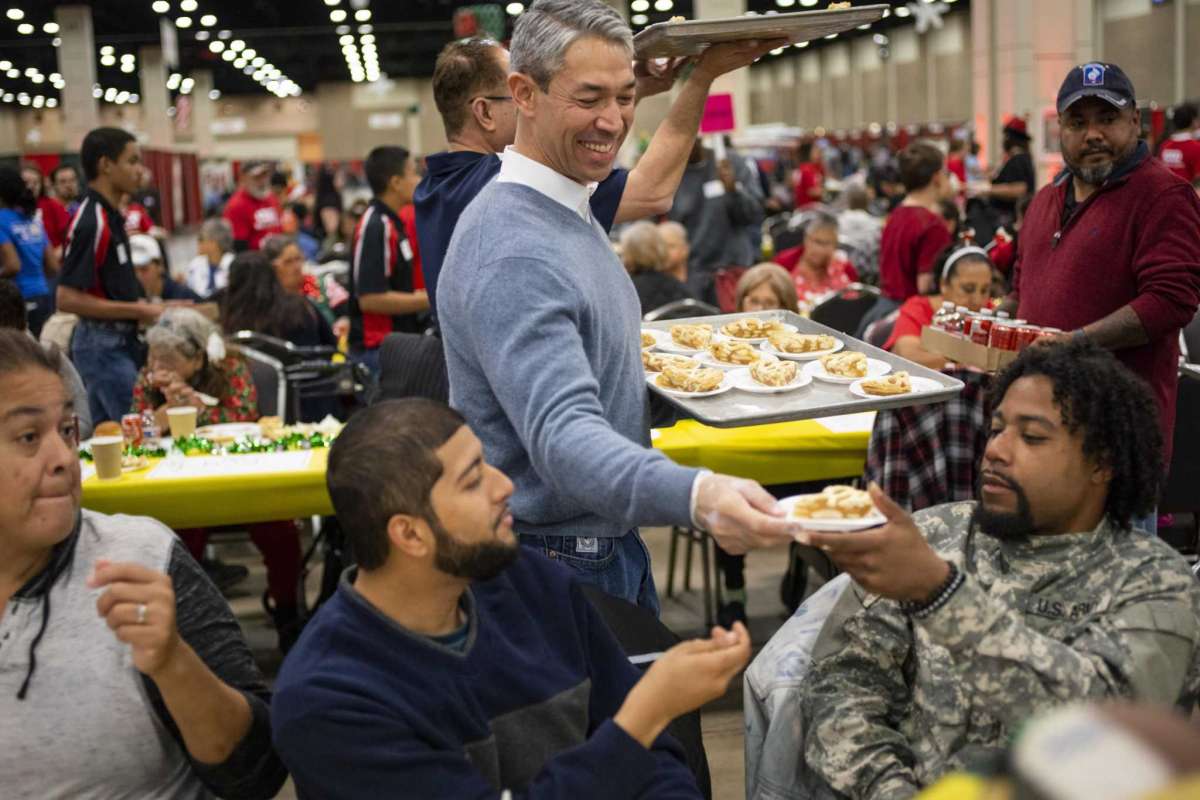 Seen on WOAI 4, 21 December, 2019
Non profit raises thousands for battered women and children shelter
We asked her what fuels her passion, but she wasn’t ready to talk about it during our interview. Instead, she’d rather talk about the people at the shelter. 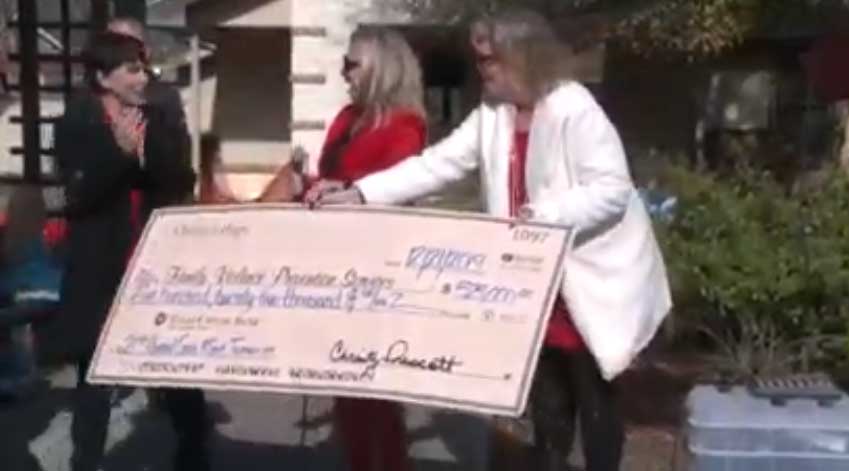 Found in the Rivard Report, 23 December, 2019
San Antonio Pastor Max Lucado Recasts Christmas Story as Immigration Allegory
“The constant battle is that it just becomes a policy discussion. And we forget that these are human beings.” 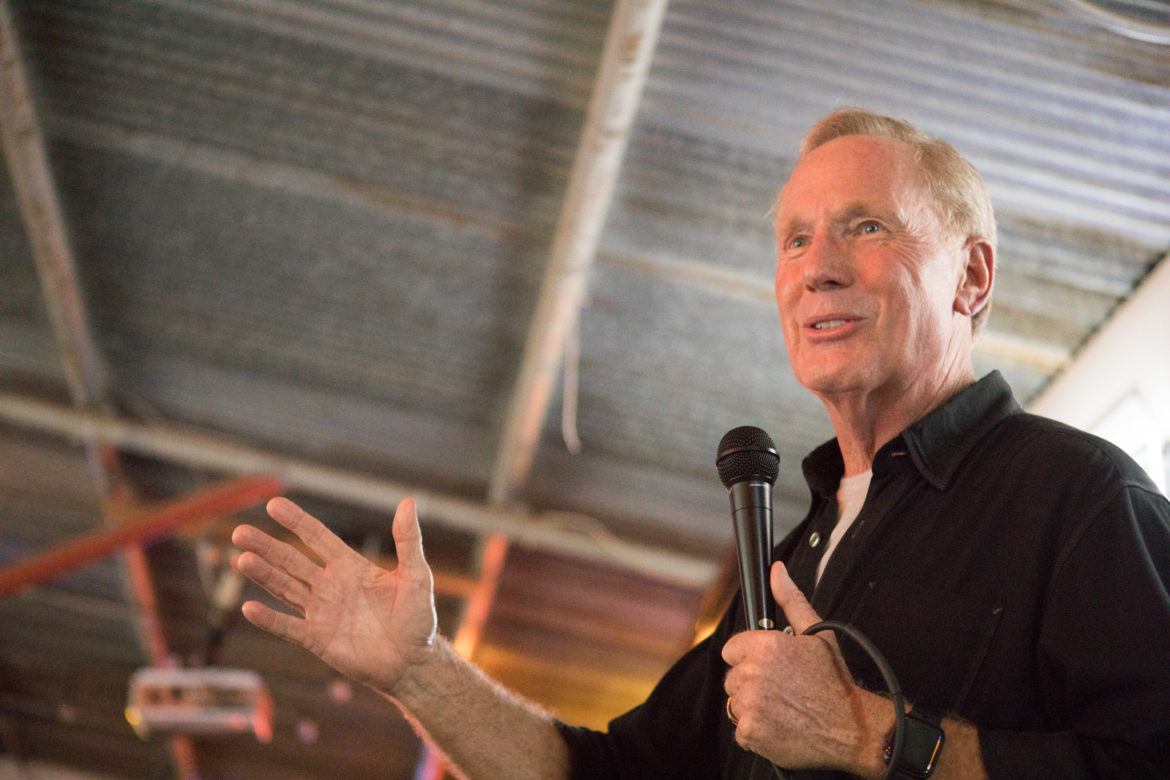 Heard on Texas Public Radio, 23 December, 2019
For Those With Dementia And Their Caregivers, San Antonio Choir Is A Comfort And A Joy
“It’s just a chance for people living with dementia and their care partners to do something together that’s fun. That doesn’t involve a waiting room.” 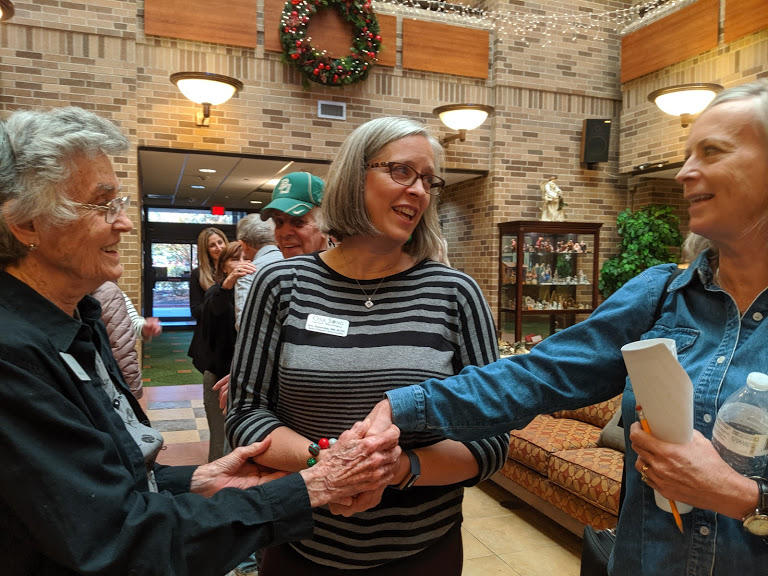 Found in the Rivard Report, 23 December, 2019
Eagle Scout Projects Enhance Trails Along Leon Creek Greenway
“I thought, ‘Here’s something I can do that will benefit other people in the community that can go here.’” 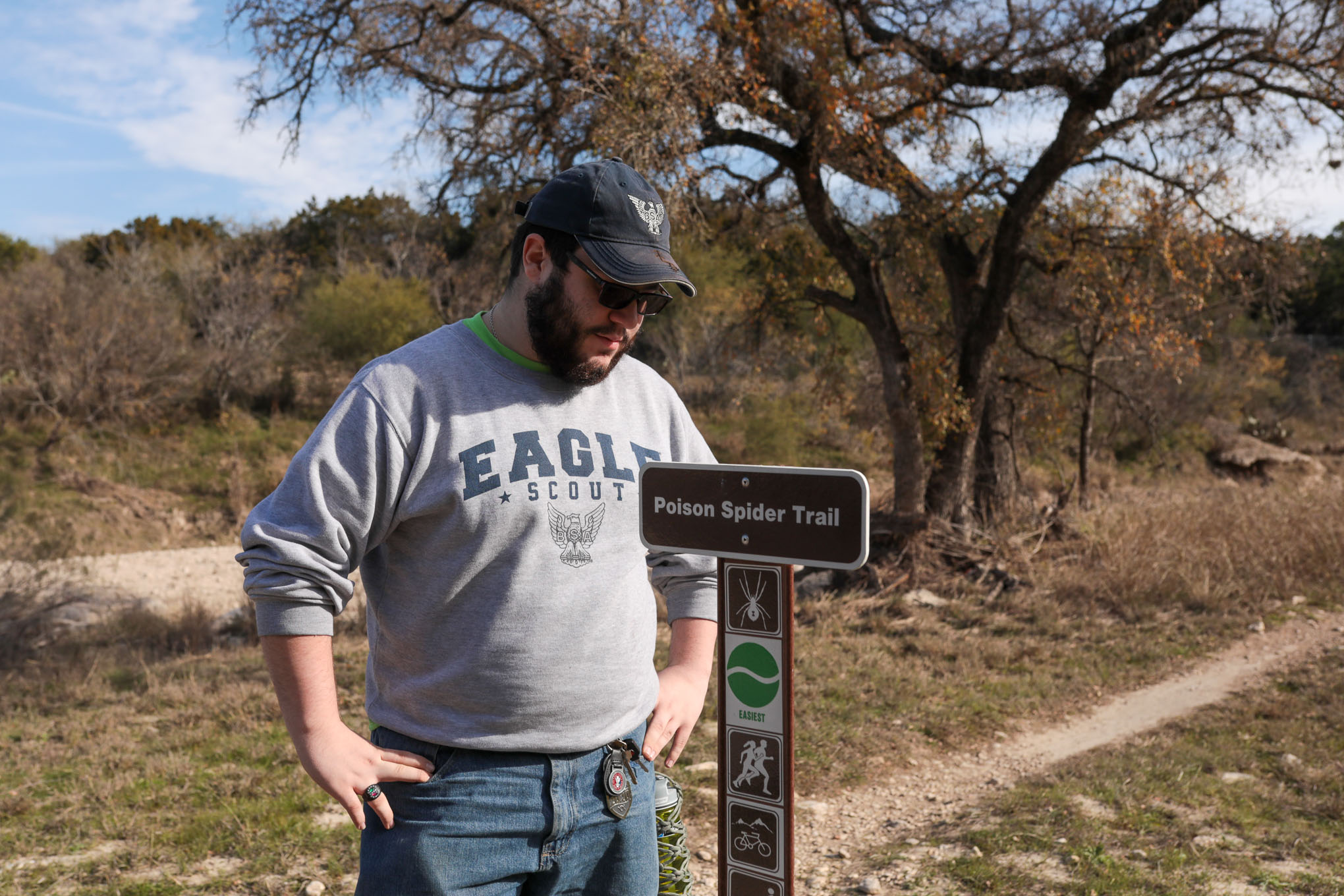 Found in the Express-News, 23 December, 2019
West Side center hosts Christmas event for jubilant San Antonio families in the barrio
With several of the recipient families living in shelters, they decided to have the families meet at the center for a holiday celebration. 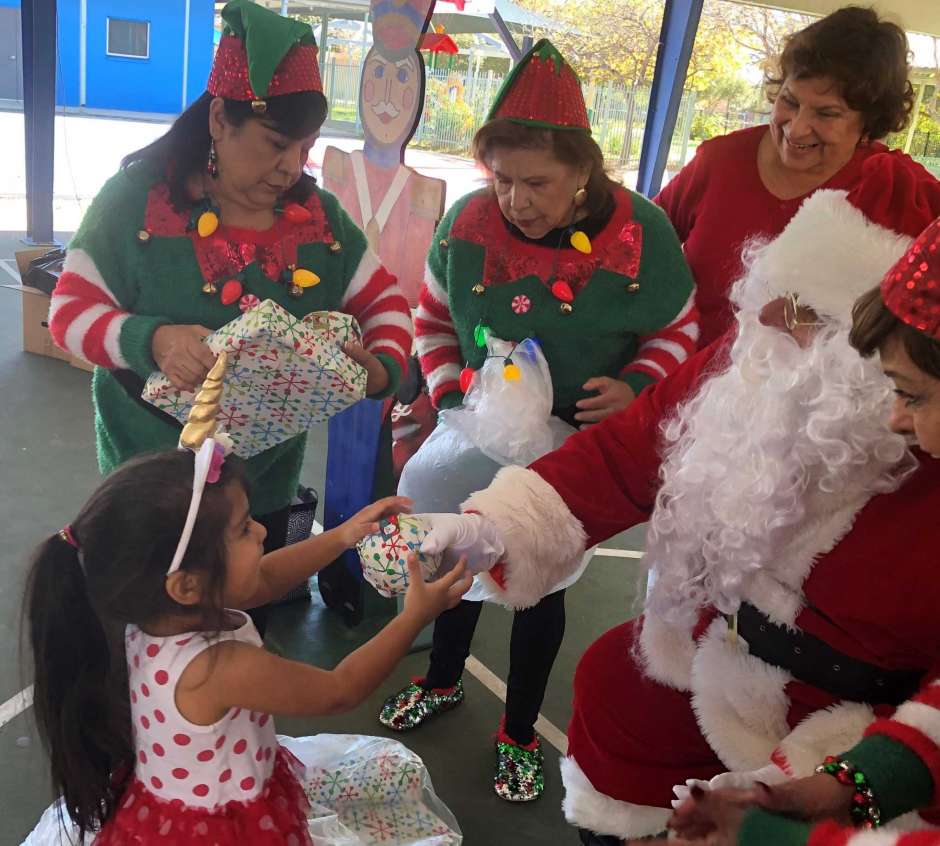 Found in the Express-News, 23 December, 2019
Santa delivers with the help of Elf Louise
“I act on the love that is inside me. I see others do the same and I see so many open up to give when their hearts are inspired by others. 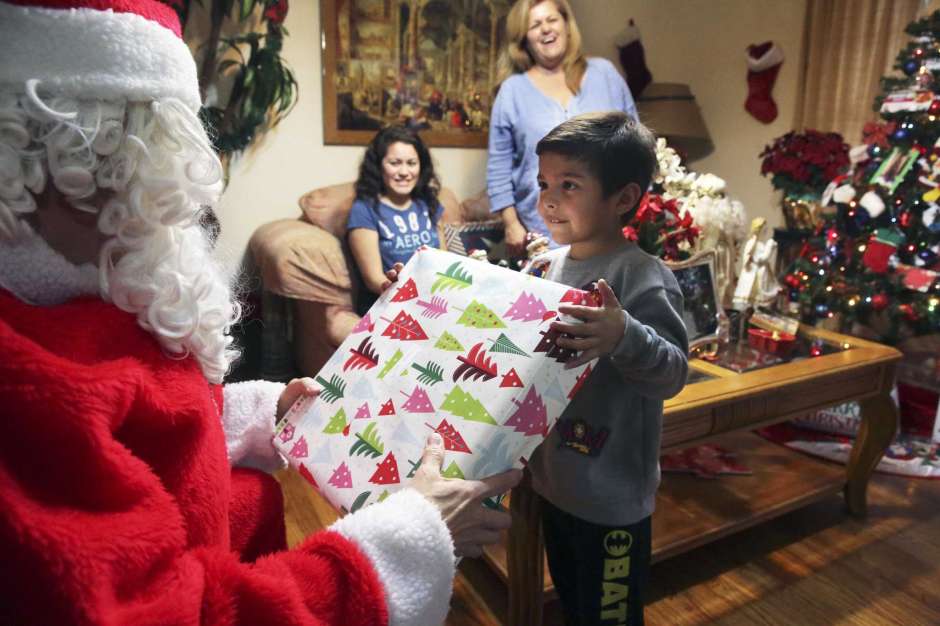 Found in the Rivard Report, 24 December, 2019
With Community-Minded Hiring, SA Restaurateur Sohocki Helps Put Hope in Reach
“It is not from high-mindedness but a simple admission that we are OF the people that brings us to our position on hiring.” 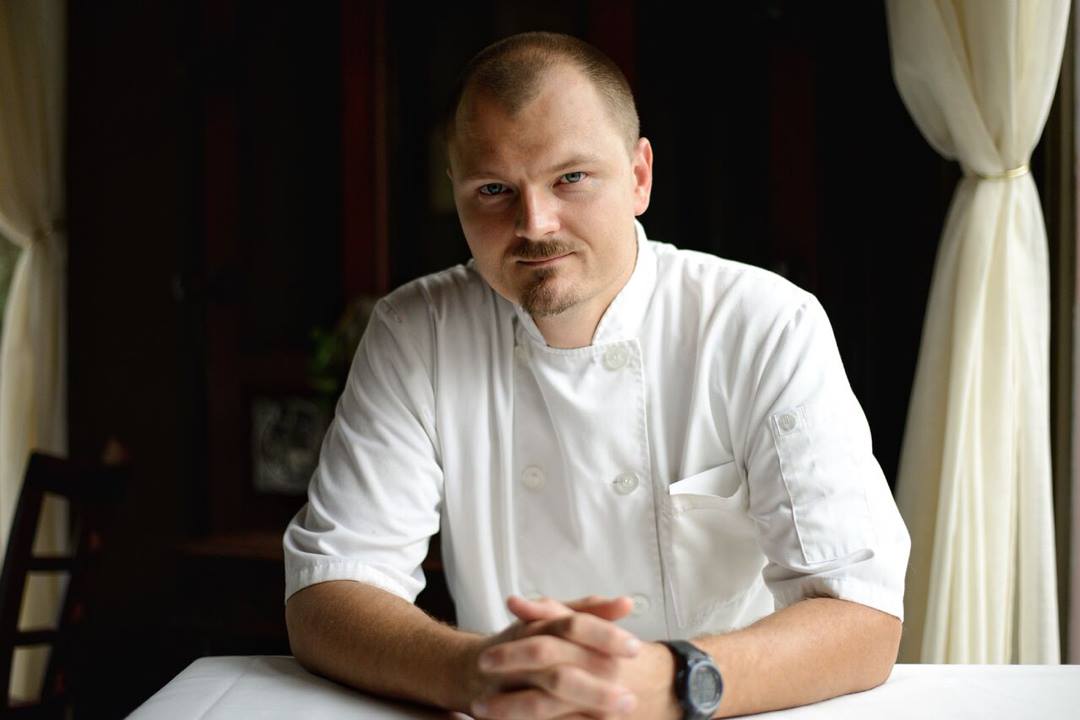 Found in the Rivard report, 24 December, 2019
Stopping Hunger Calls for Support Beyond Canned Goods
“I know without a doubt that my line [at the food bank] would decrease if we as a community worked to get these people a better wage so they can get to a better place.” 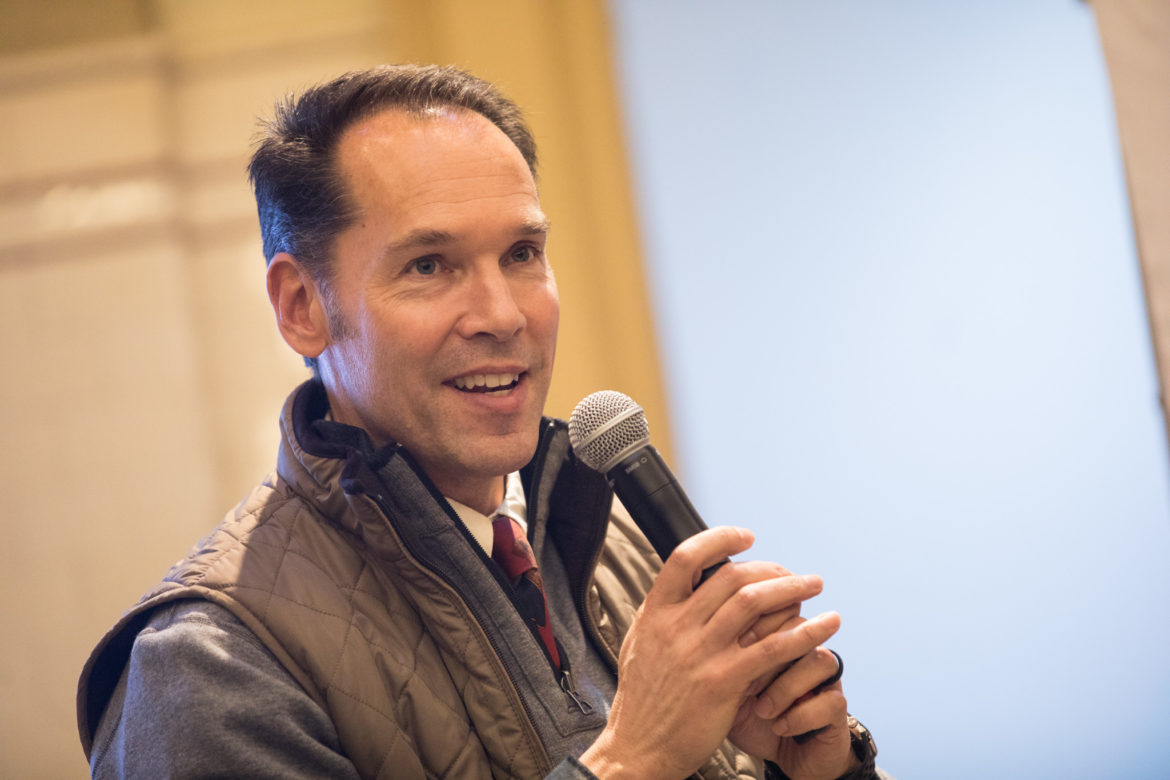 Found in the Rivard Report, 22 December, 2019
Businessman Bill Greehey Promotes ‘Servant Leadership’ Through $1M Gift to St. Mary’s
“You are not a success until you share your success with others. 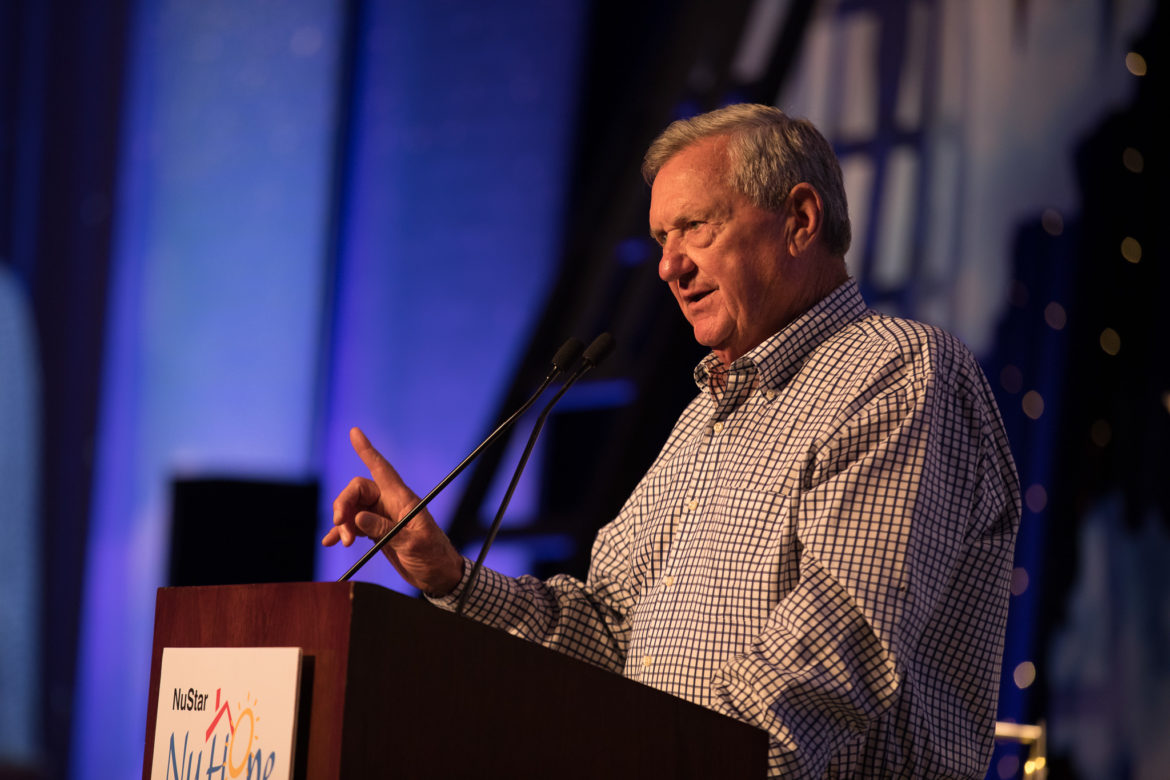 Found in the Express-News, 24 December, 2019
On West Side, a Spurs Santa finds strength to admire
Spurs guard Bryn Forbes had been raised for a while by a single mother, and he recognized what people sometimes forget. Asking for help isn’t necessarily a sign of weakness. As often as not, it’s a sign of strength. 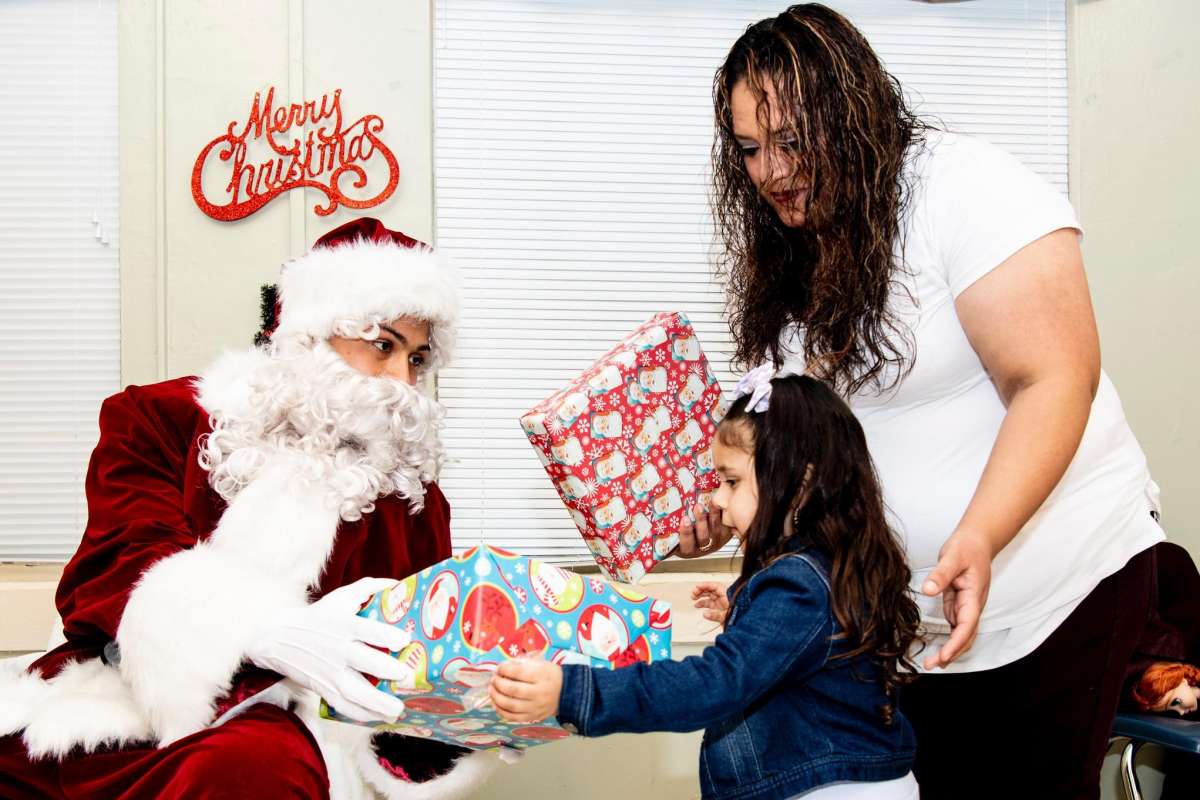 Found in the Express-News, 24 December, 2019
Be a compassionate, responsible pet owner
“I have noticed how our conscious choice to responsibly care for an animal helps me be a better father and has led to an increased level of compassion in other aspects of my life.” 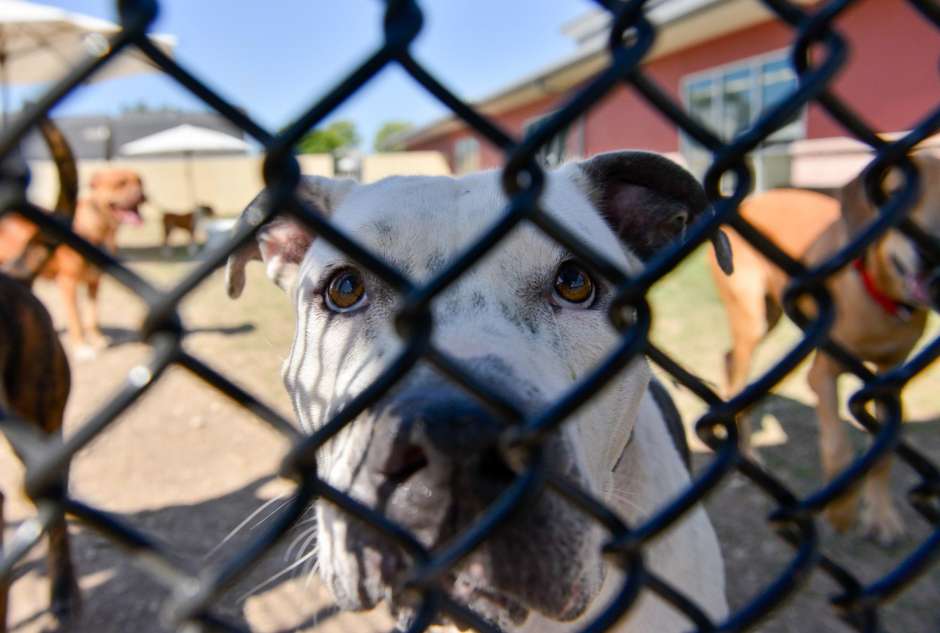 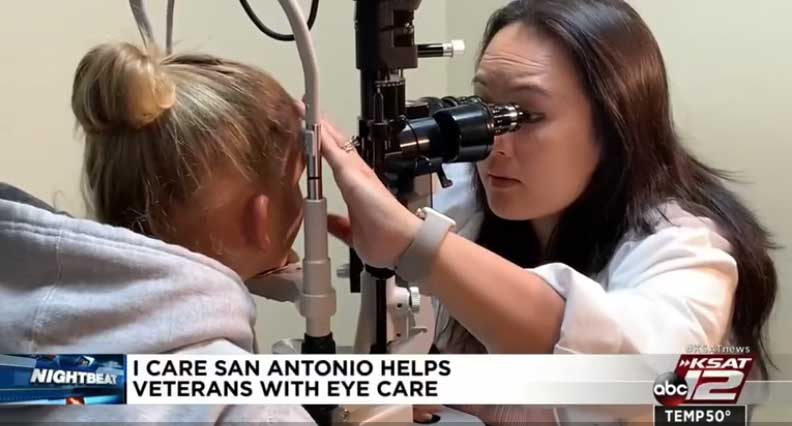 Seen on WOAI 4, 24 December, 2019
Latino Dream Makers Fund loans money to local minority-owned businesses
“I believe that one of the ways we can break the cycle of poverty is by owning something.” 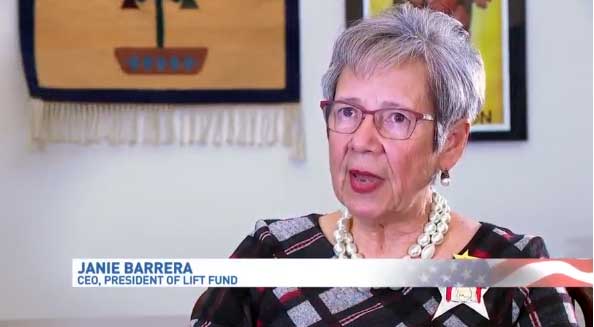 Found in the Express-News, 24 December, 2019
Blessed Angels nonprofit helps San Antonians and area residents of all ages with food, school supplies, clothing and love
Earlier in the year, Blessed Angels received a $1 million donation from the Blake, Kymberly and George Rapier Charitable Trust. 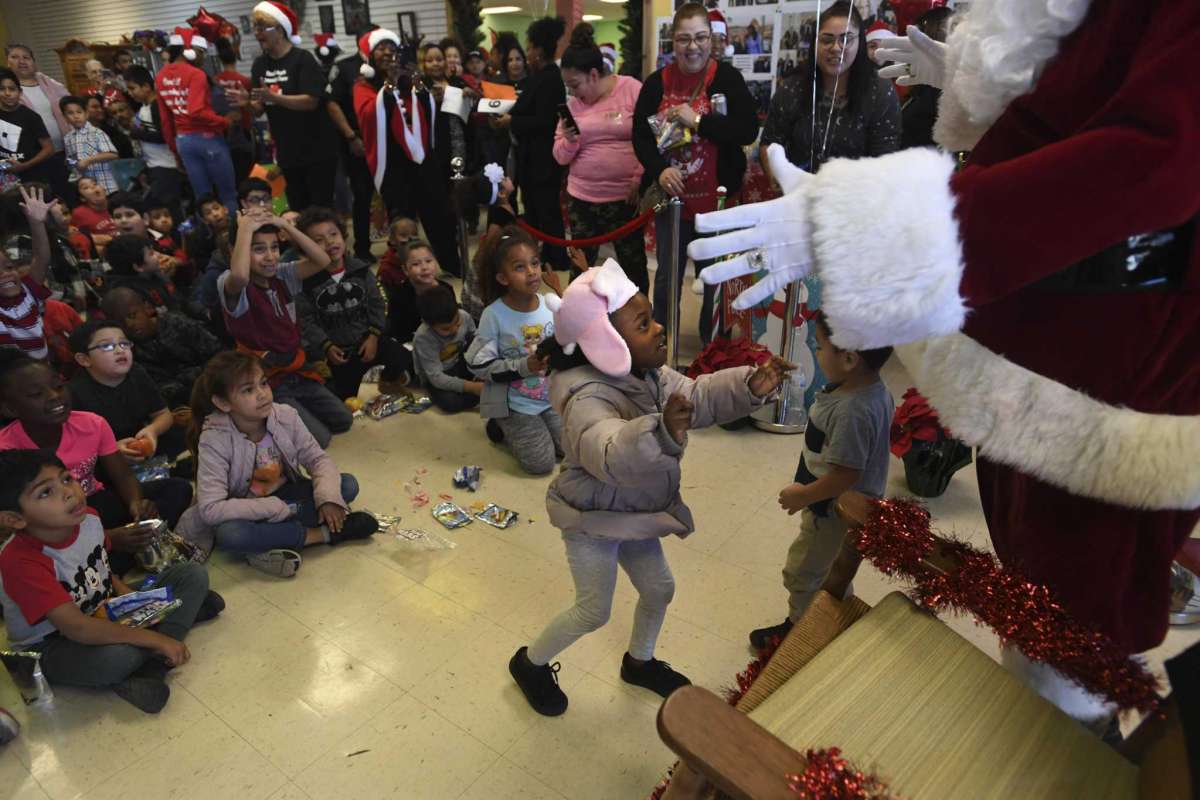 Found in the Express-News, 24 December, 2019
‘My last Christmas’ — San Antonio poet-turned-pastor faces death with grace
As a vicar, was asked by church members to shoo away a man outside the church who was viewed as a vagrant. Vasquez asked them, “Do you know his name?” It was a powerful lesson. His name was Gus. He became a friend. 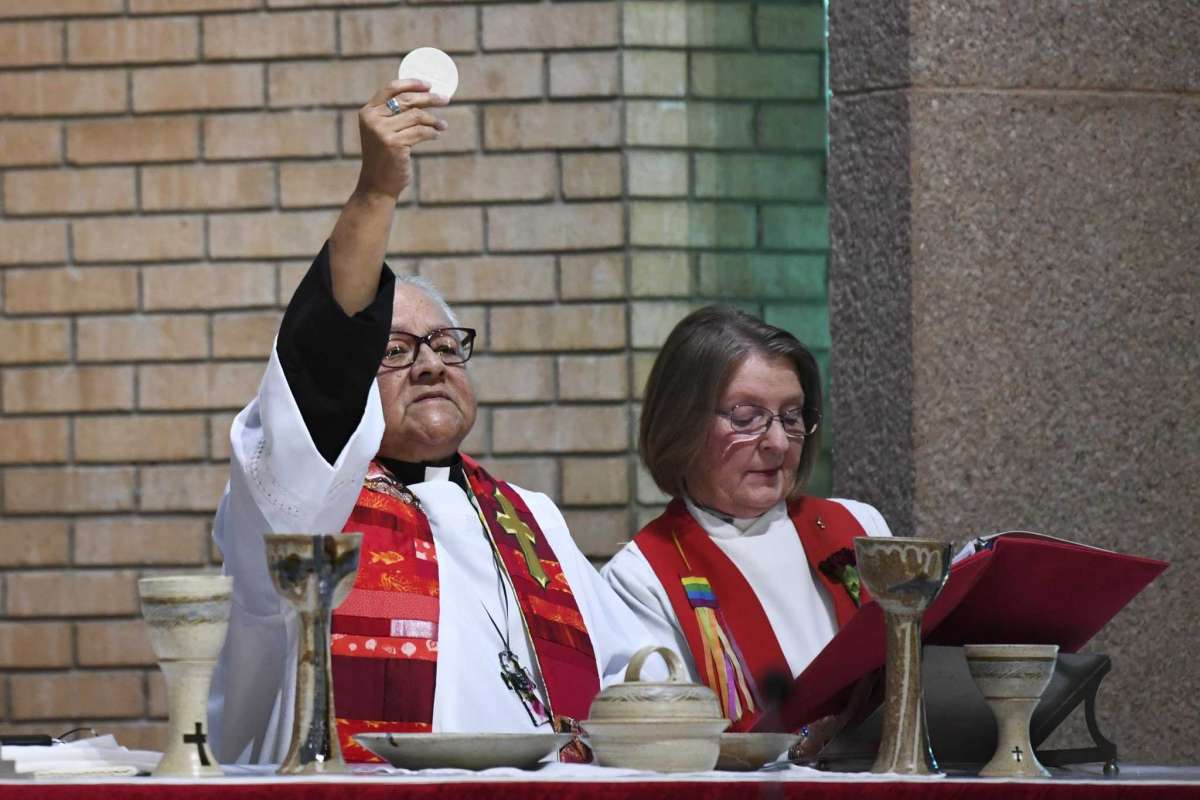