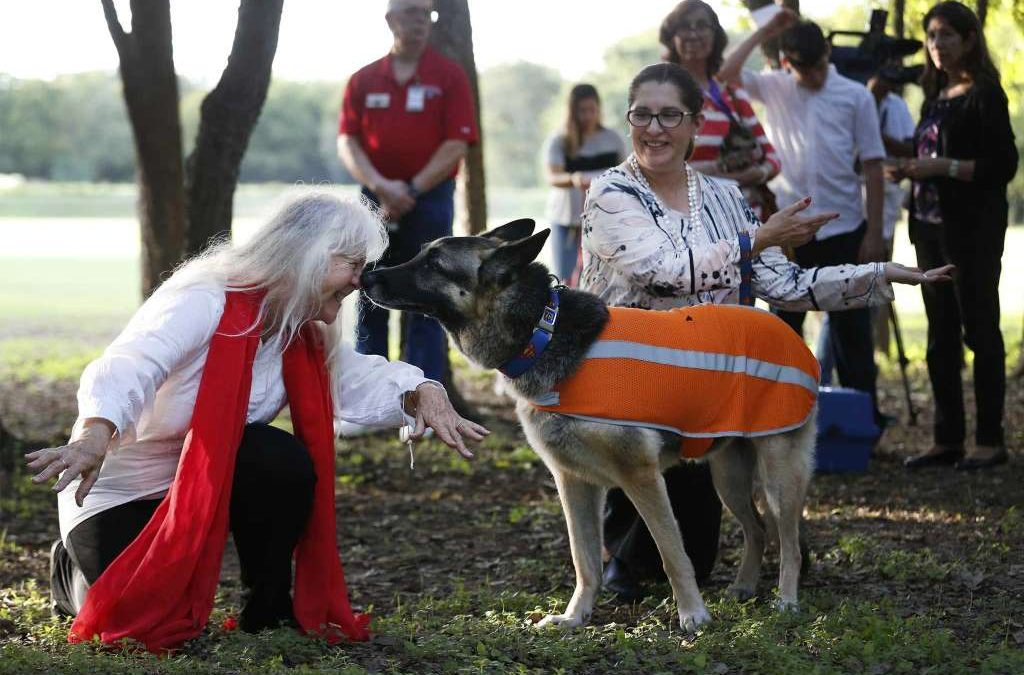 The Charter for Compassion, the inspiration for the Compassionate San Antonio movement and resolution, was released to the world eight years ago this week, in a series of signing ceremonies held at 75 locations around the world. The ceremony in San Antonio was hosted by Sister Martha Ann Kirk, CCVI, at The University of he Incarnate Word. How appropriate that she and her work were featured in the Express-News this week!

Seen in the Express-News, 5 November, 2017
S.A. nun a fierce advocate for education, equality
While [Sr. Martha Ann] Kirk has wide-ranging interests, her core philosophy is simple: move past the influences of sexism, racism and religious prejudice to do good in the world. “I hope to teach compassion and creativity,” Kirk said. “Do unto others as you would have them do unto you.” 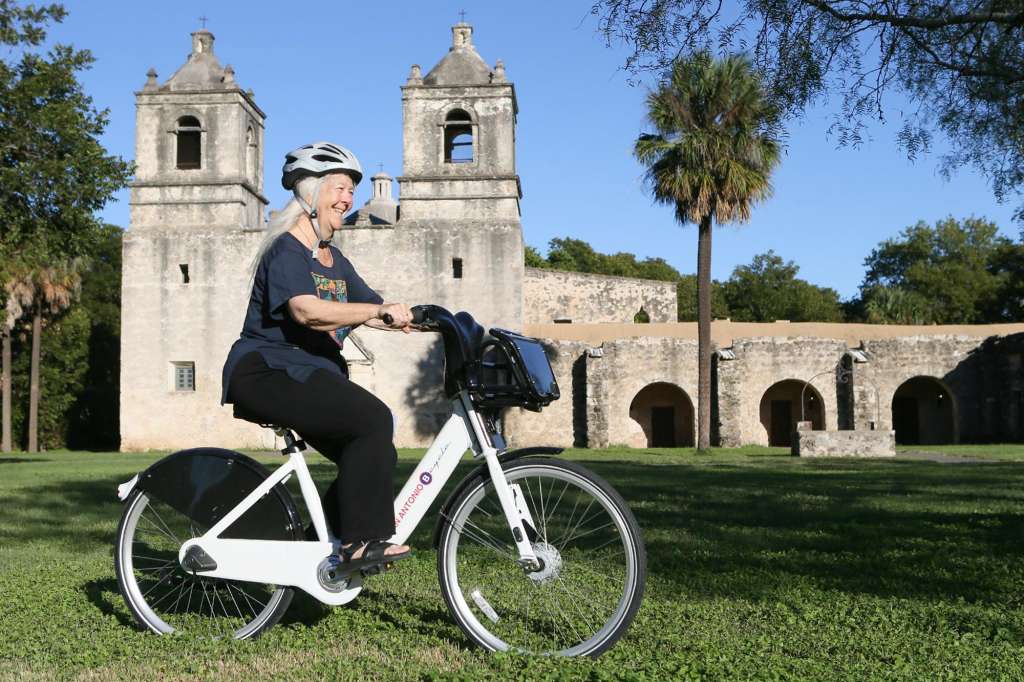 Seen in the Rivard Report, 8 November, 2017
Domestic Violence Permeates Mass Killers’ Identities
“We challenge their attitudes and help them see that you can still feel very whole as a man without having to resort to victimizing someone else,” [Family Violence Prevention Services Marta] Pelaez said. “Any behavior that is taught can be replaced by a new behavior.” 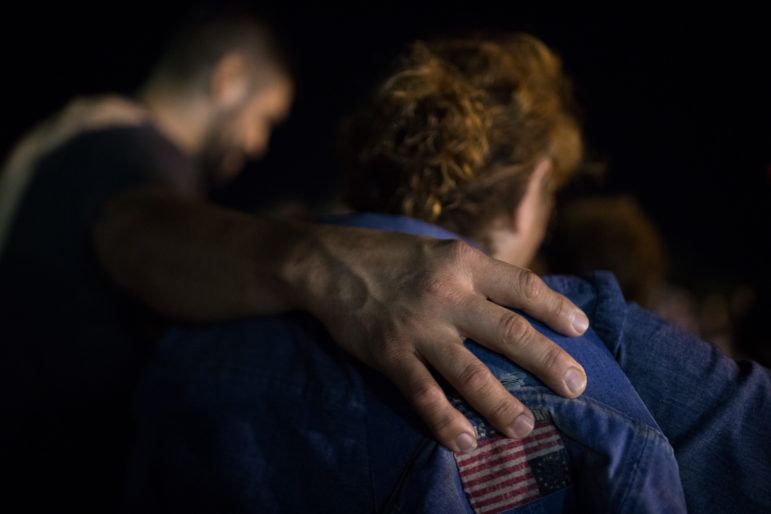 Seen on FOX 29, 8 November, 2017
SAPD trains officers to deal with mental health situations
“We know that 99 percent of the job in law enforcement is communication, but so little time is invested in that type of training, so we spend a lot of time on how to communicate with people, especially those that are in crisis,” [SAPD Mental Peace Officer Jesse] Trevino said. 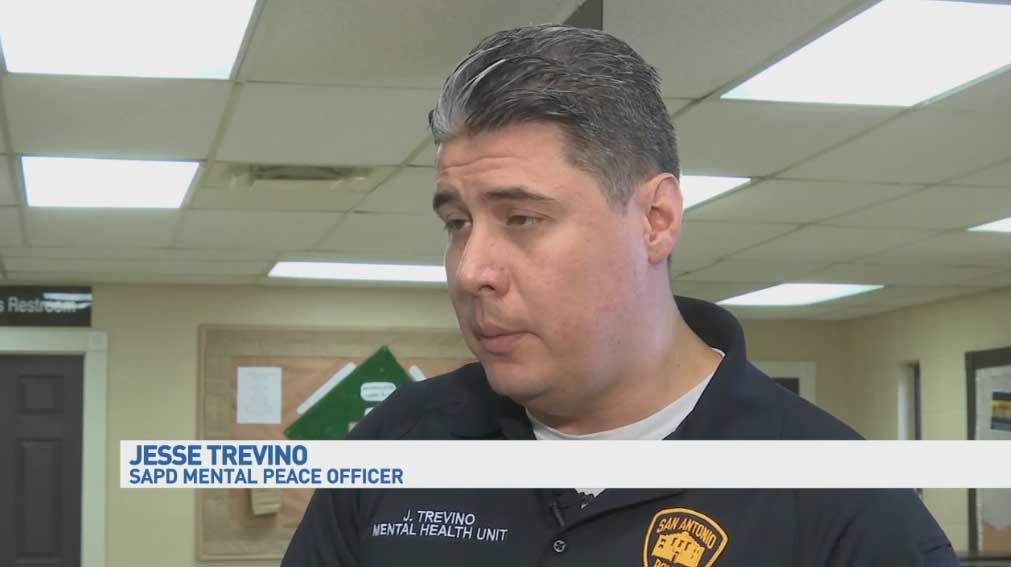 Read in the Express-News, 2 November, 2017
San Antonio mosques slam N.Y. terror attack
[Sakib] Shaikh ] of the The Muslim Children Education and Civic Center] called for prayers for the victims of “this senseless massacre” and “for the healing of our national political atmosphere that continues to promote an ‘us versus them’ mentality. Violence is never the answer.” 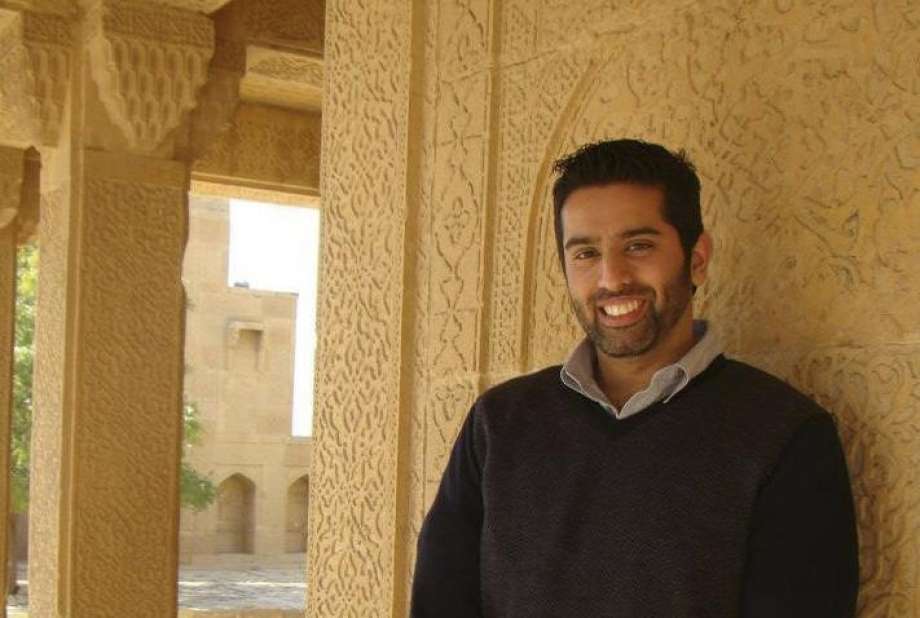 Found in the Rivard Report, 1 November, 2017
UNESCO: San Antonio is a Creative City of Gastronomy
“We want to share our food and dynamic culture with the world,” Councilwoman Rebecca Viagran (D3) said, citing the city’s “friendly, welcoming environment” that “originates at our dining room tables.” 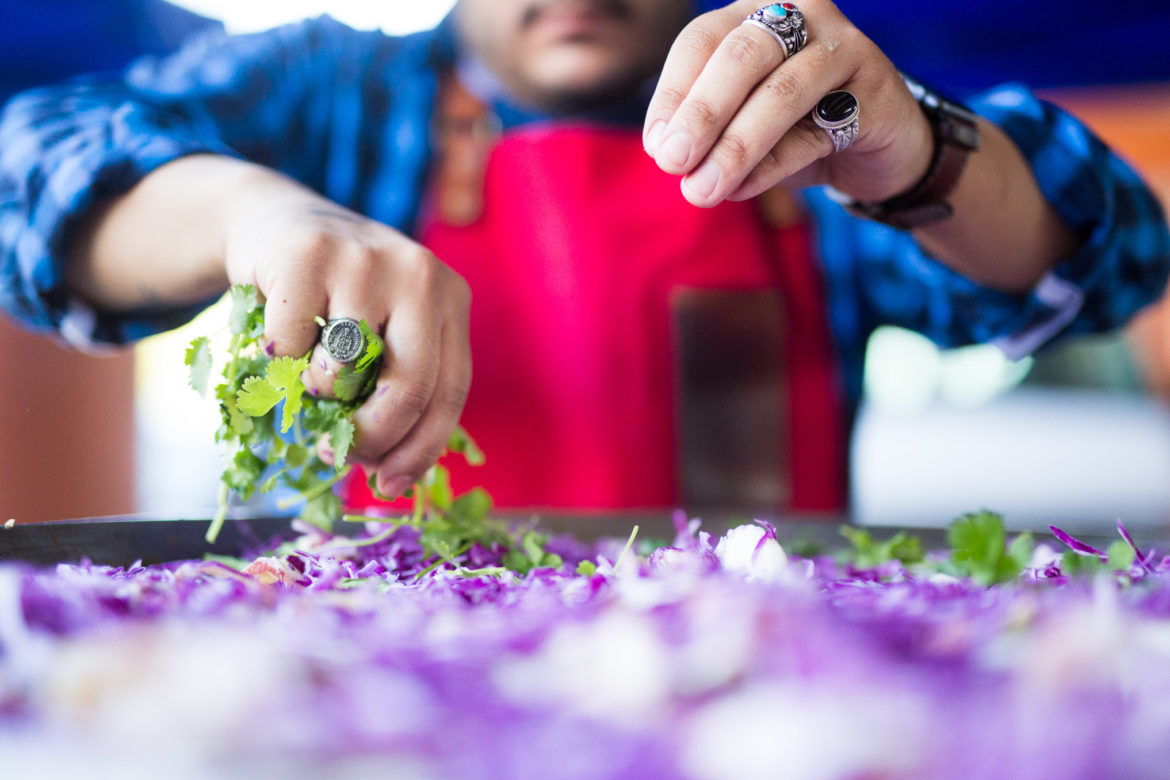 Found in the Express-News, 5 November, 2017
San Antonians and visitors alike delight in the Diwali festival, celebrating the culture of India
“We live in turbulent times, people are suspicious and uncertain about people, and traditions and customs that they’re not familiar with,” [festival organizer Kausi Subramaniam] said. “I feel the differences are maybe in what we eat and wear and how we celebrate. We’re inviting the general public to share our food, try our clothing and celebrate with us.” 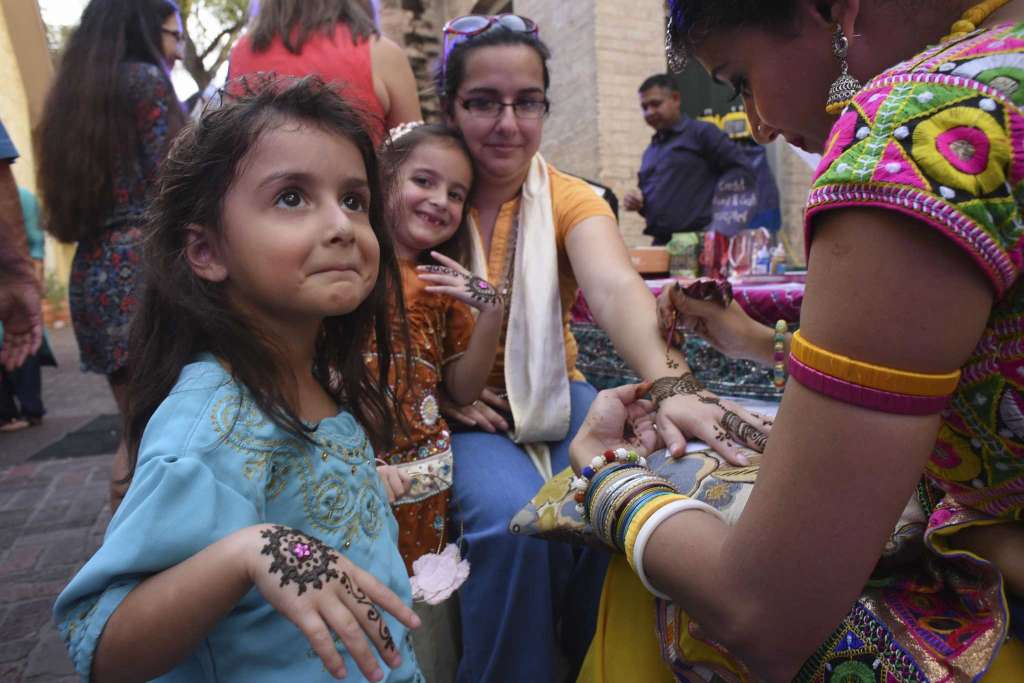 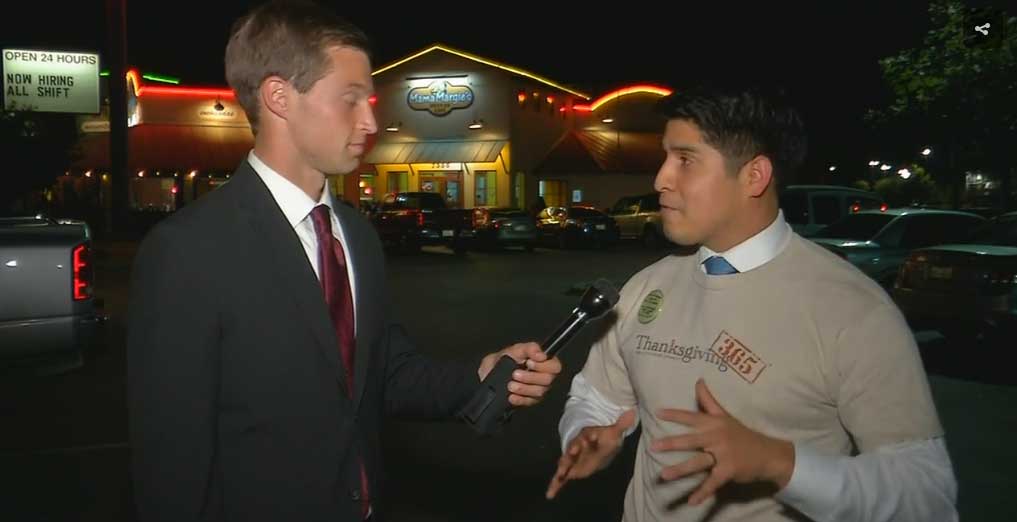 Found in the Rivard Report, 1 November, 2017
SA 2030 District Members Build Business Case for Sustainability
Business and development shouldn’t be at odds with the environment – their success depends on it. 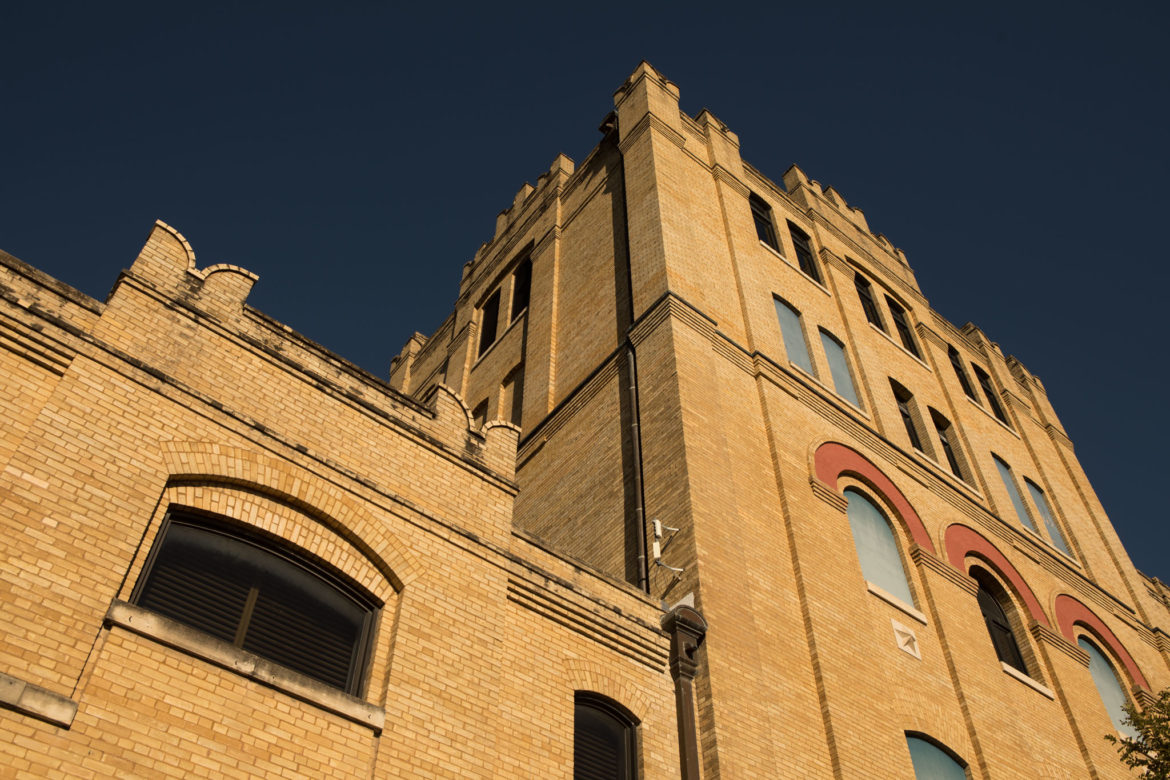 Seen on Kens 5, 1 November, 2017
Selling Girls: How Bexar County is fighting sex trafficking
The Bexar County District Attorney’s Office has a task force made up of two prosecutors, an investigator, and advocates who focus solely on human and sex trafficking. Since its creation in 2013, the DA’s team has secured 10 convictions and currently has approximately 70 open cases. 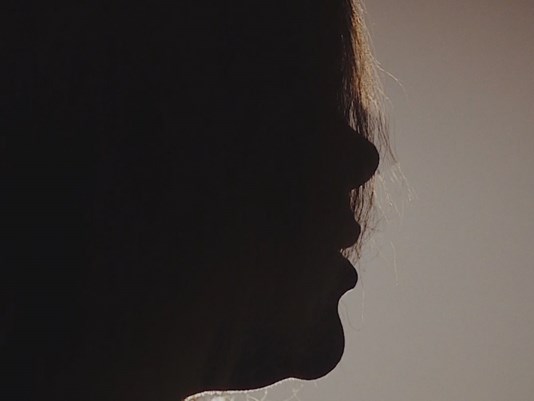 Found in FOLO Media, 2 November, 2017
Despite financial struggles, Mark’s Outing nourishes the community
[Mark] Outing feels business owners have a responsibility to serve the community. He offers jobs to people with criminal backgrounds because he understands the struggles to find a job. 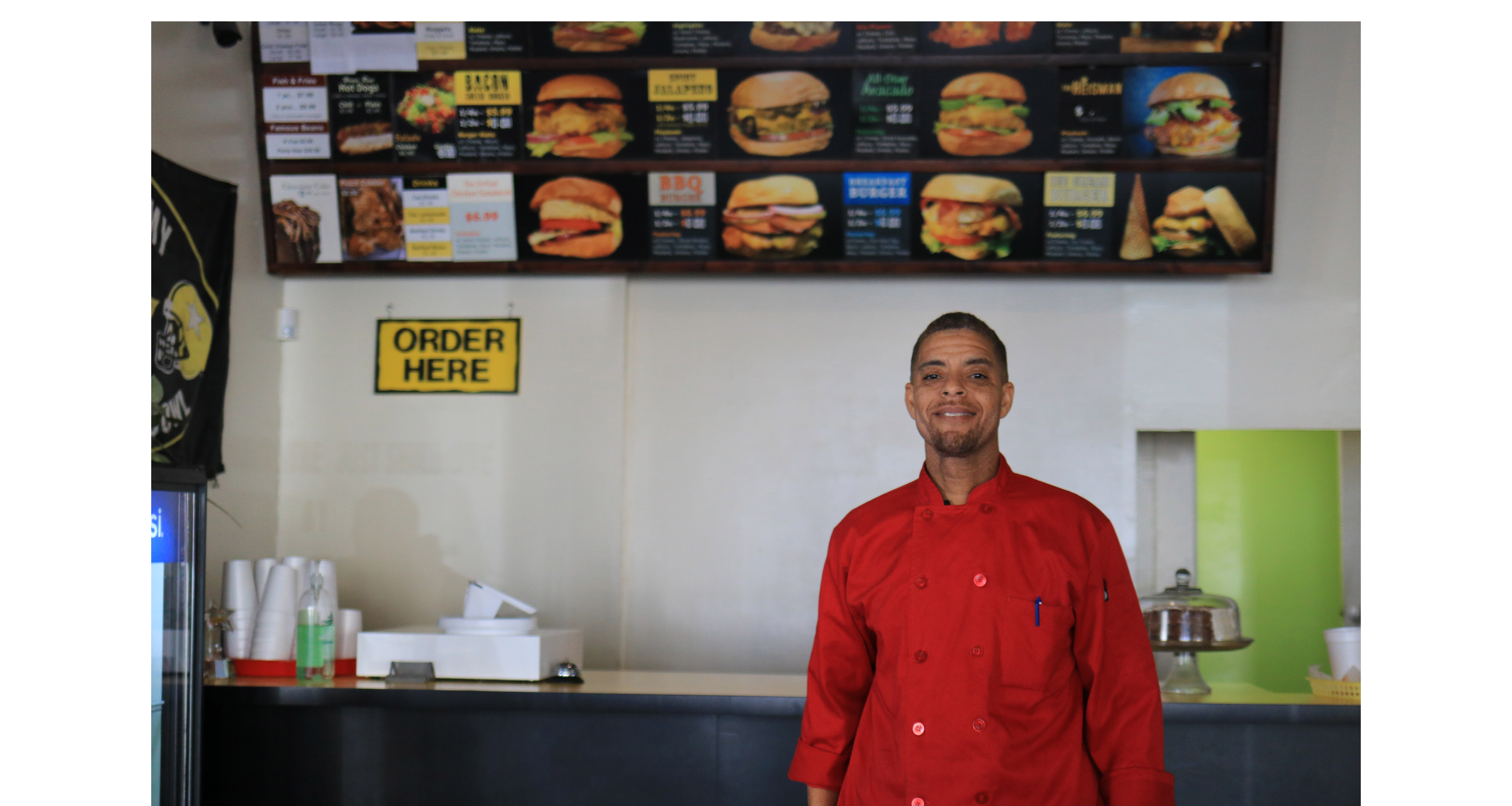 Seen in the Express-News, 2 November 2017
Expanded child care center coming to the East Side
“I grew up in the projects on the West Side,” [Joe Barajas, 36, a well-known barber] said. “My mother was an alcoholic; my father was in prison. The nuns here loved us unconditionally. Being at Healy-Murphy changed my whole family tree. And the day care center is how lives are changed.” 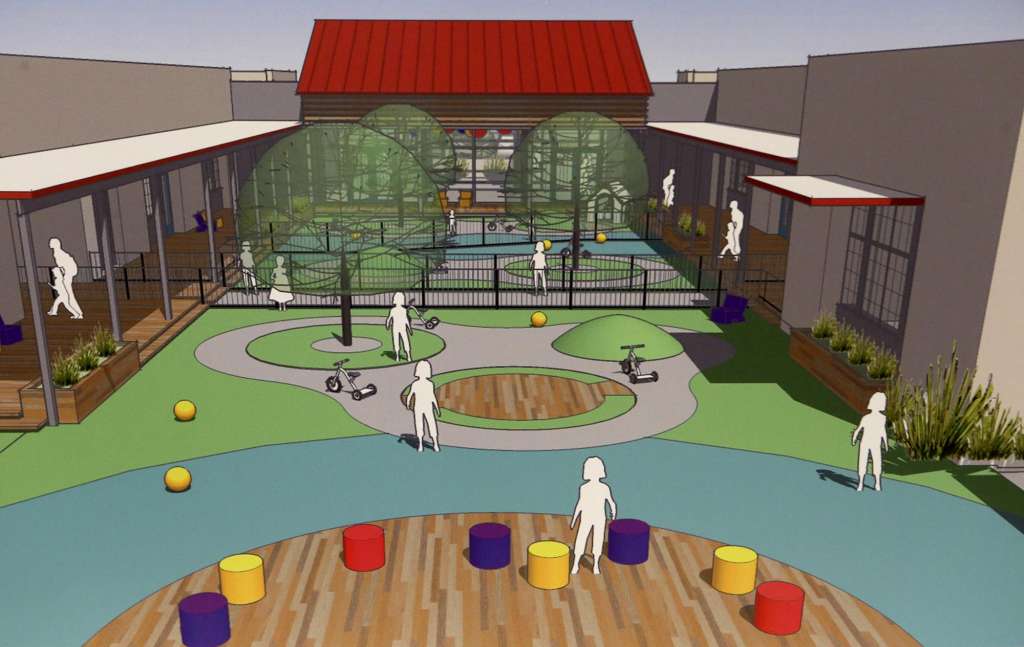 Seen on KSAT 12, 2 November, 2017
Community marches to remember domestic violence victim
“When you look at this wall, you see victims who have been taken too soon because of violence. If we can get one person to realize that domestic violence can lead to murder, that’s what we’re here for.” 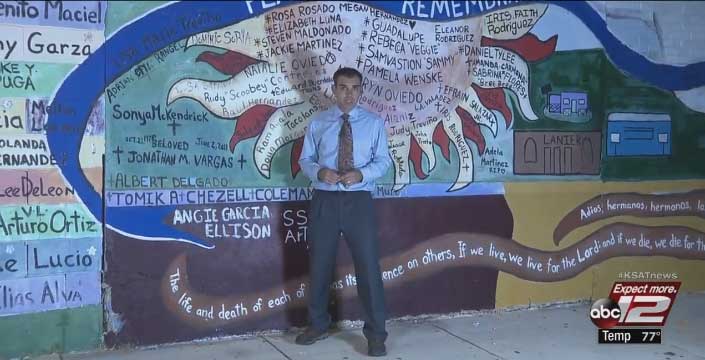 Found in the Texas A&M San Antonio Mesquite, 3 November, 2017
Mission area residents respond to encroaching development
“I’m really loving it because I feel like I make a difference and that difference is not about me,” [Theresa] Ybañez said. “The difference is about my whole community having a healthier atmosphere and raising the quality of life, not only just for those who have but for those who have not.” 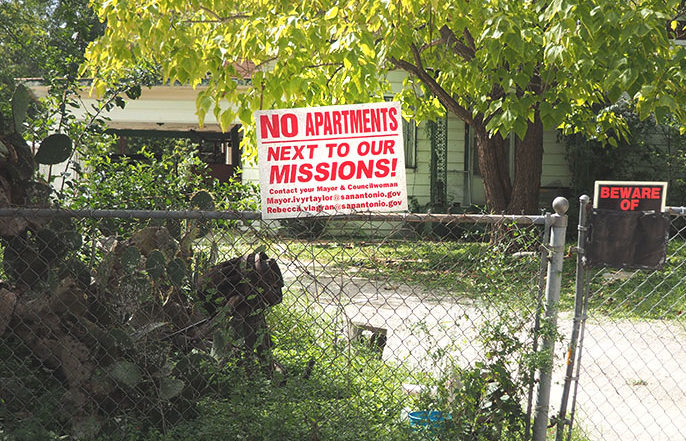 Seen in the Express-News, 4 November, 2017
CNN to honor San Antonio mom as 2017 Hero on glittery TV special
“I’m blessed that my life’s work is a constant reminder to tackle whatever life throws at you and to be kind to people.” 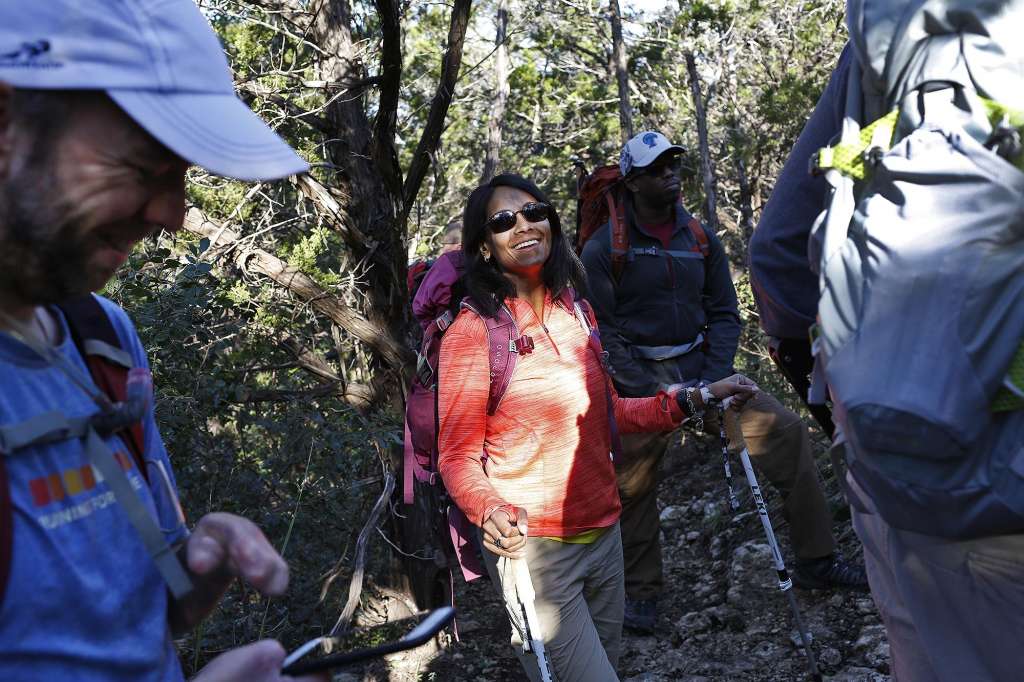 Seen in the Express-News, 21 October, 2017
Needed: a community approach to opioid epidemic
Because unlike other forms of drug abuse, addiction to opioids often begins with the honest and compassionate desire of a health care provider to ease pain and suffering after an injury or procedure. Unfortunately, some people are prone to becoming dependent on these drugs. 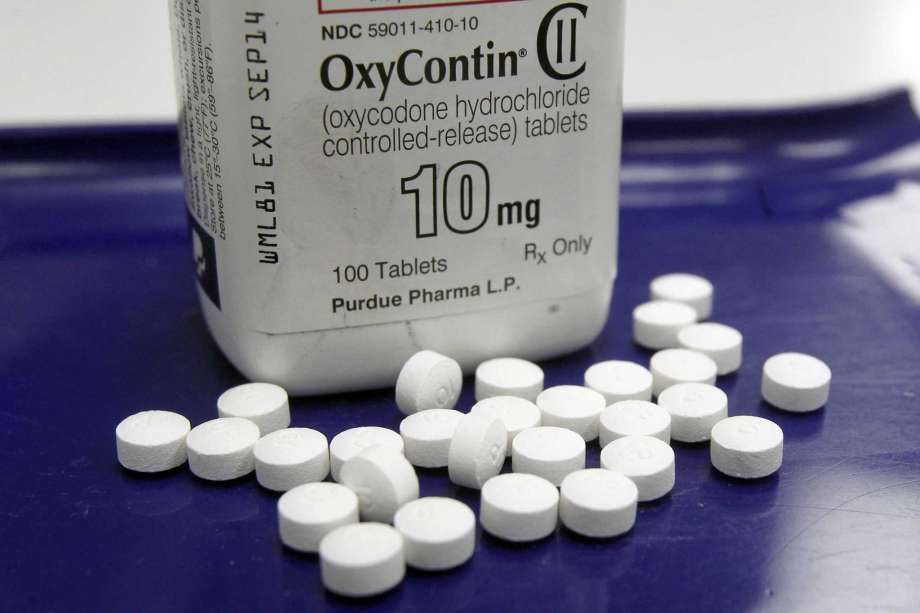 Seen on Spectrum New San Antonio, 3 November, 2017
Community says thank you to Texas Burn Survivor Society
You’re with other people that know what you’re gone through. You don’t even talk about it. You just are free and you have fun and that’s just the most important thing – having that community,” [Jaclyn] White said. 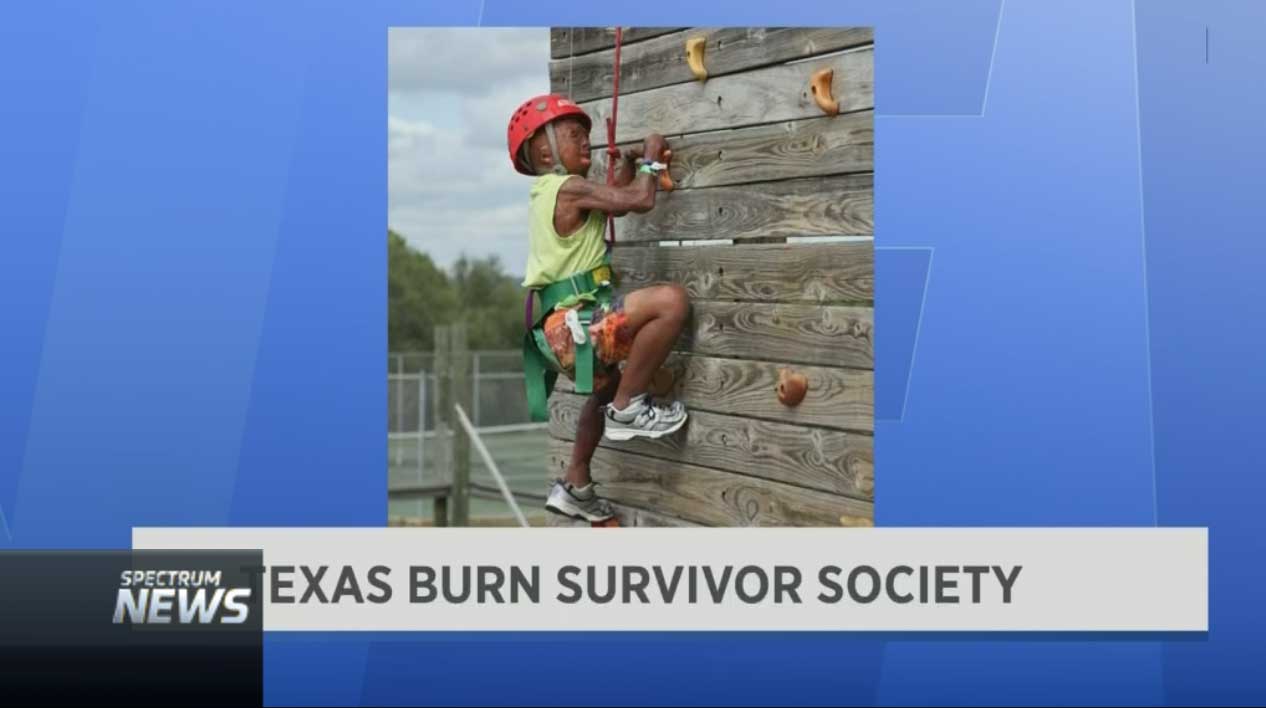 Seen on Kens 5, 5 November, 2017
‘Edgewood Cares’ fixes home for family in need
One student said, “For us to give back to the community, it’s something special you know.” 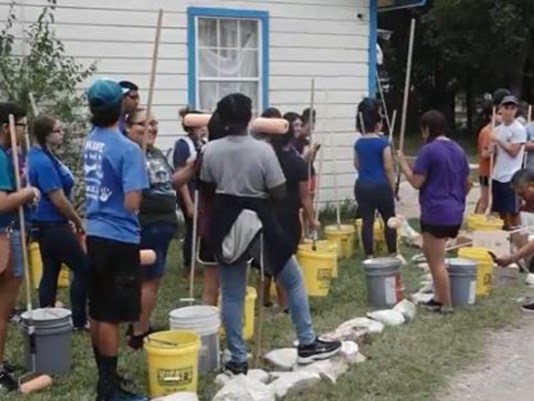 Seen in the Express-News, 5 November, 2017
San Antonio athletes bowled over by the competition
“There’s not a lot of other things they can participate in,” [Linda] Larson said. “If they’re still in school they can’t play school sports, right? But this is a great way for them to get together, to be physically active and especially to socialize. Frankly, the team doesn’t much care if they win or lose.” 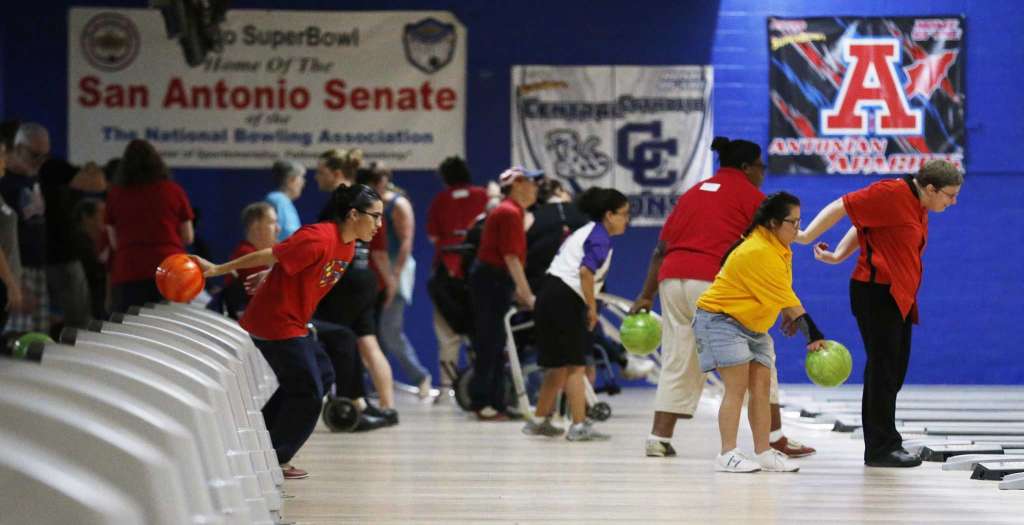 Seen in the Rivard Report, 7 November, 2017
Affordable Housing Pilot Launches in District 5
[District 5 Councilwoman Shirley] Gonzales envisions the pilot as a network of resources for residents, investors, and housing providers to encourage equitable investment in housing that enables current residents to stay, inspires former District 5 residents to return, and attracts newcomers to a revitalized area. 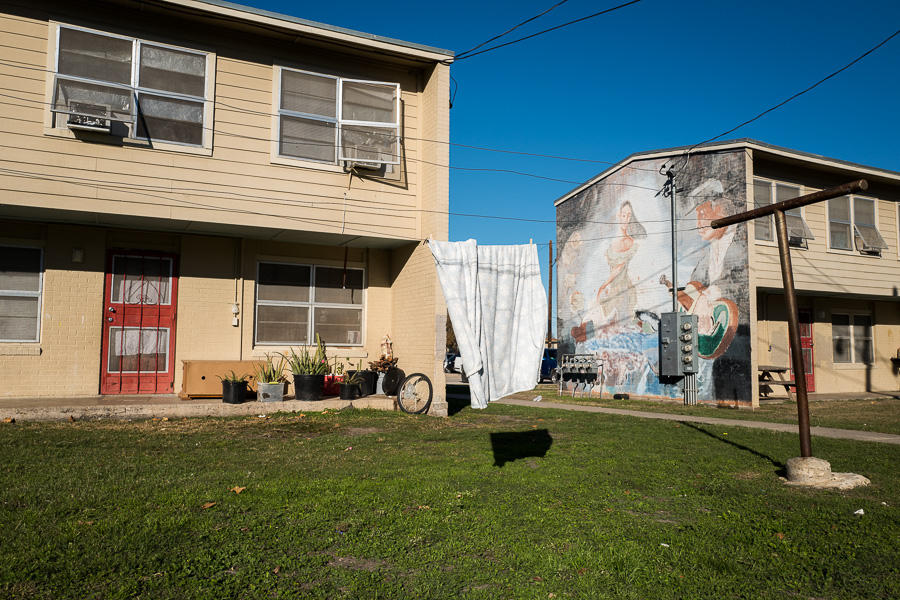 Seen on KENS 5, 8 November, 2017
High school students train guide dogs for visually-impaired
“These dogs give someone who is visually impaired the ability to be more independent, to be able to walk outside to a bus stop and not need the help of another person,” [high school senior Katherine] Juhl said. 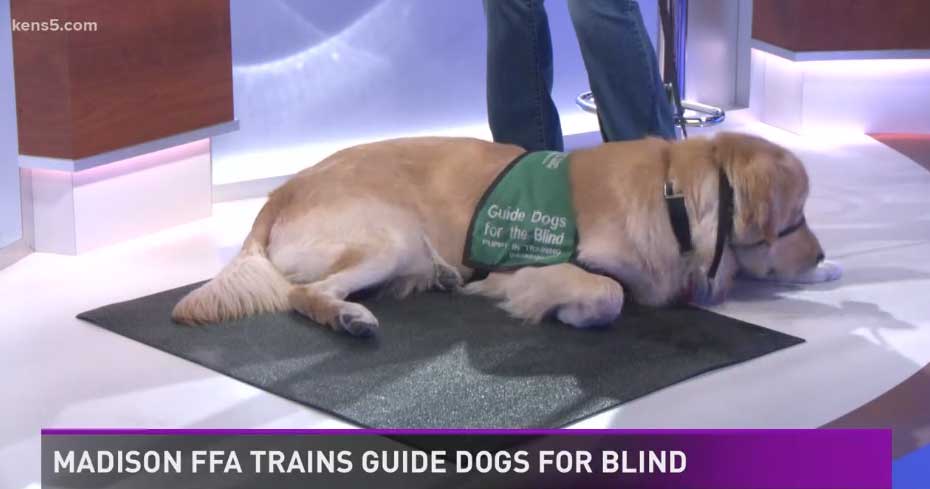 Found on FOLO Media, 7 November, 2017
Cop offers mentorship at new West Side boxing gym
“Boxing builds confidence. (Because of boxing), things like gangs, drugs or trouble don’t even call for your attention,” said [Megan} Martinez, who plans to attend Northwest Vista College in the spring. “It’s helped me a lot and helped many others who don’t have much. It’s a way out.” 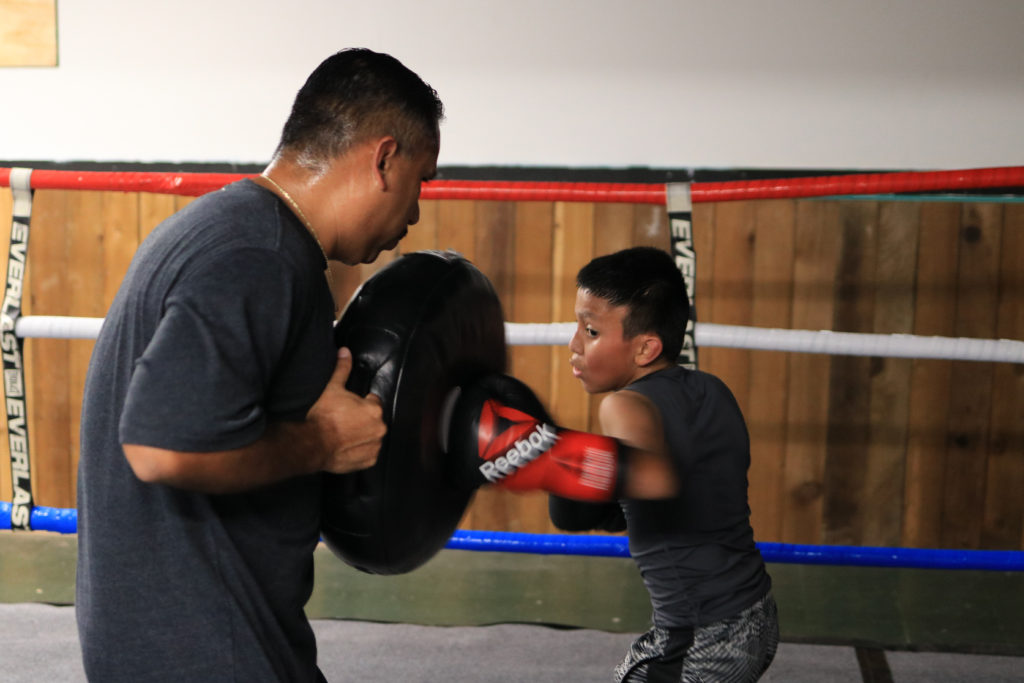 Found in La Presna, 3 November, 2017
Liftfund, community partners launch Westside Edible Garden
The Edible Garden will be located in the 78207 zip code, a designated food desert, where a significant number of residents reside more than a half mile from the nearest supermarket. 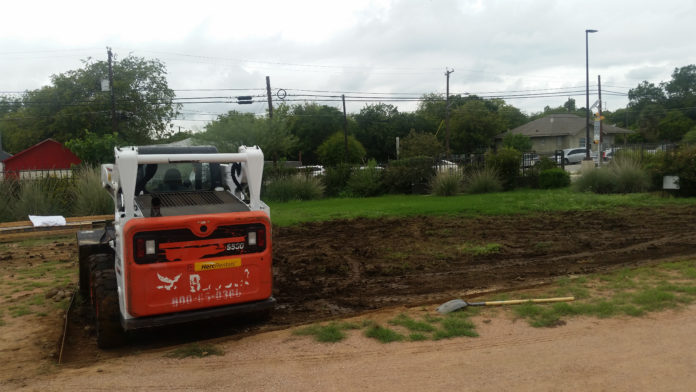