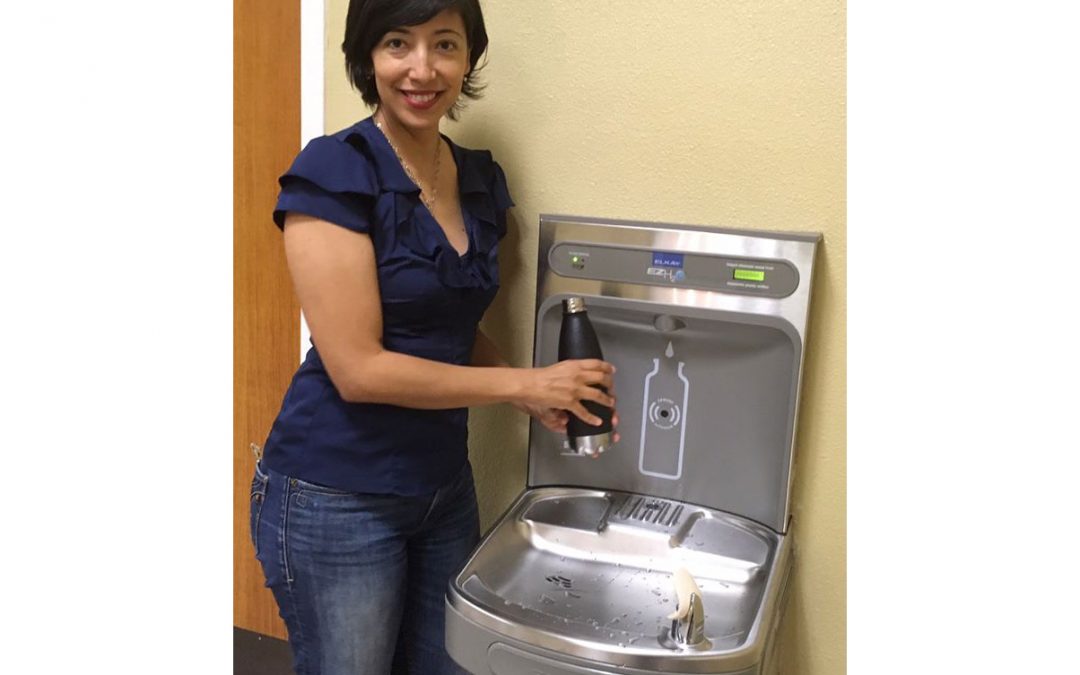 San Antonio is a compassionate city: one where the civic government, the religious and volunteer organizations, the businesses, the community and its educational institutions come together to recognize the importance and value of compassion in the life of a city and by doing so create an ethos of compassion and a safety net for its most vulnerable citizens. Each  Wednesday, Compassionate San Antonio publishes a roundup of news stories that show the compassionate side of San Antonio.

The photo above is of District 7 Councilwoman Ana Sandoval showing off the brand new water fountain and filtered water bottle filling station at City Hall — the first! Wouldn’t it be great to see something line this downtown?

Read in the San Antonio Express-News, 28 July, 2017
No, governor, the common good is not socialism
A quick look at the Constitution belies this view of society. In the preamble, “We the People” declare that “establish(ing) justice” and “promot(ing) the general Welfare” are, along with Liberty, constitutive of our national purpose. In other words, the social good or the public good was never reducible to what private individuals or property owners chose to do or not do. 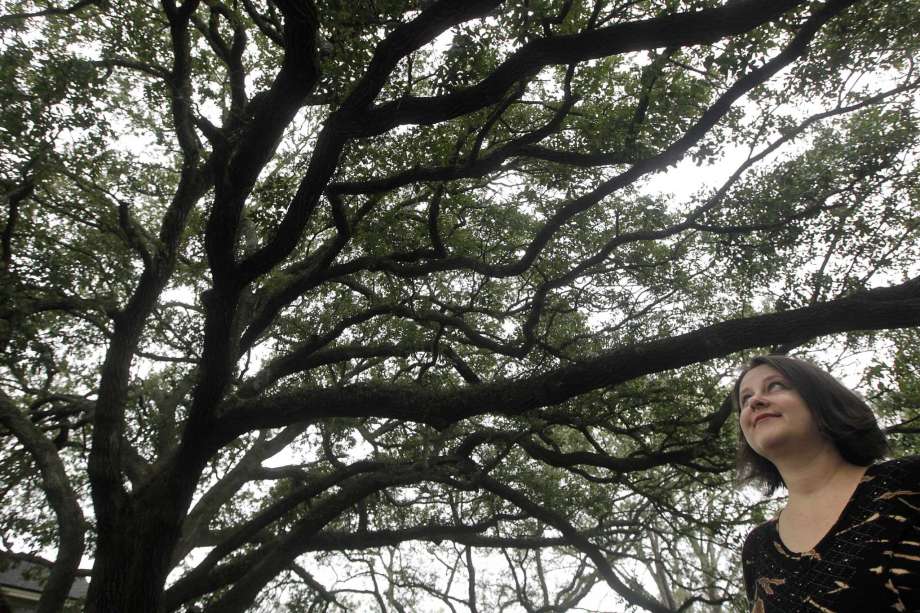 Found in FOLO Media, 28 July, 2017
Old School Activism
Jack Elder made national headlines in the 1980s for his work with Central American refugees. Now, the 74-year-old lives a quiet life of activism in southeast San Antonio. 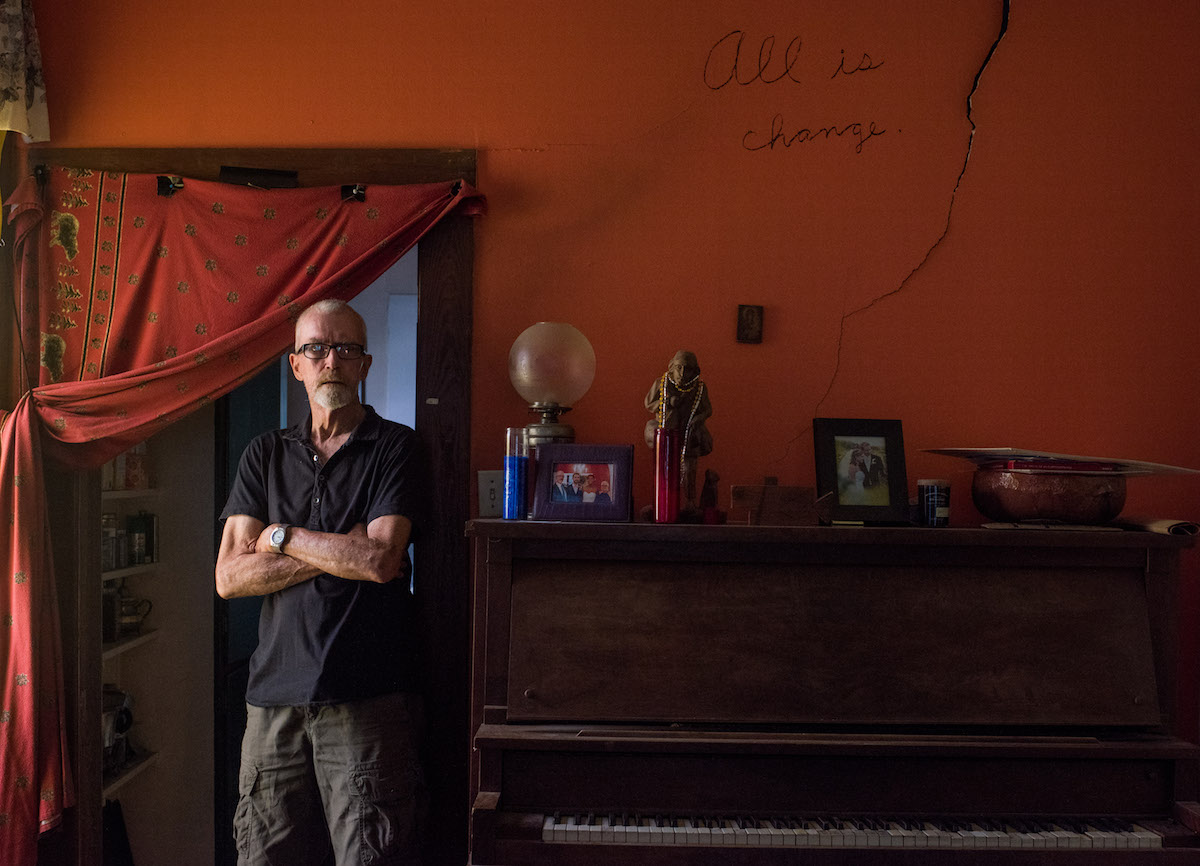 Read in the Express-News, July 28, 2017
Teens mentor children at West Side community center
[YAC coordinator Marcus Jordan] said the teens are like family, bonding over trouble they see in their neighborhood, including drug use, gang violence and shootings. 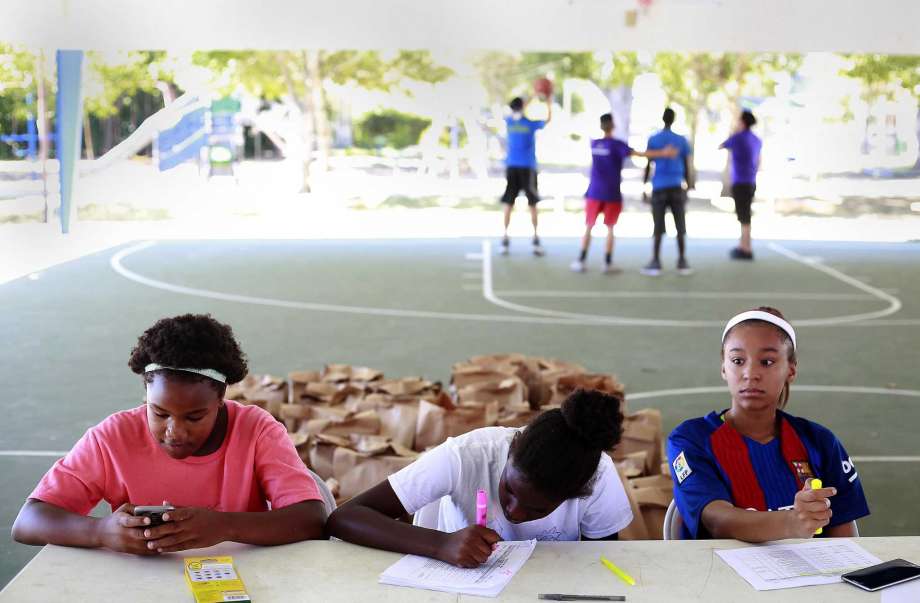 Found in the Rivard Report, 27 July, 2017
City Leaders, Law Enforcement, Advocates Clear the Air on Immigrant Rights
“I don’t know that anyone can look at that and not see that this is a reality for people – not a political theory,” [SAPD spokesman Sgt. Jesus] Salame said. 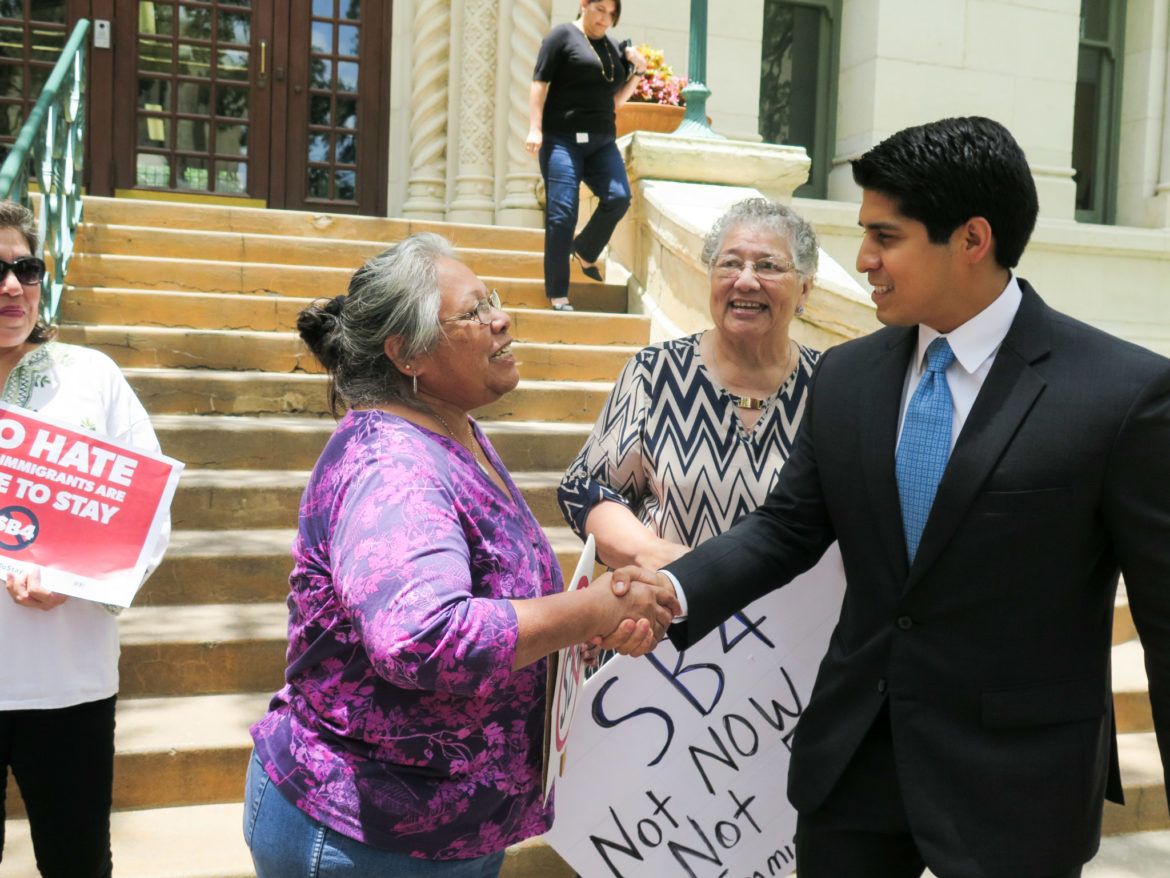 Seen on News 4 San Antonio, 31 July 2017
City comes together one week following human smuggling tragedy
The Archbishop spoke words of compassion in a special service held at the San Fernando Cathedral on Sunday. “They will know that we are doing it out of love, just care,” said the Archbishop. 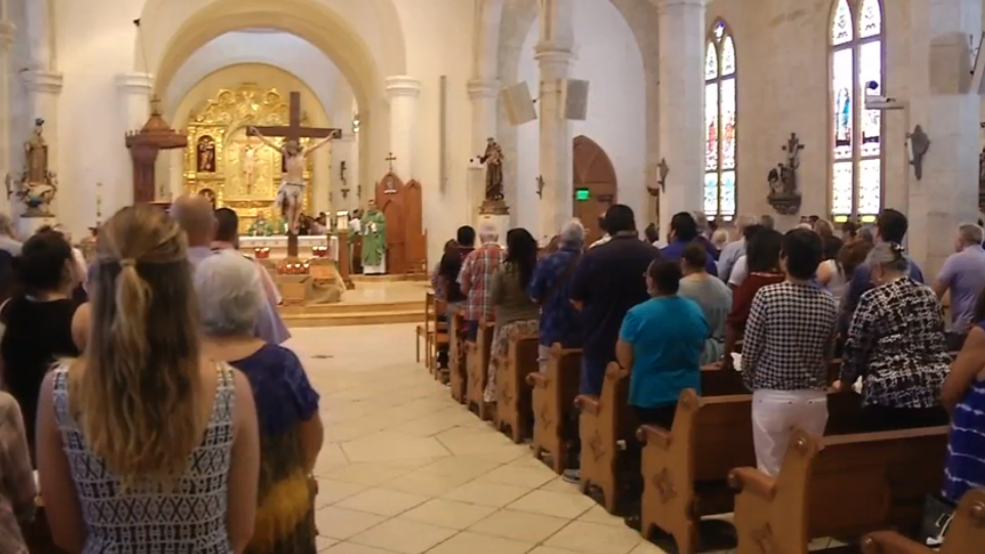 Found on FOLOmedia on 24 July, 2017
East Side residents unite against violence
“How many people are tired of the same old crap? When are we going to take back our community?” [Alvin “Big Al”] Gertman said in an interview after the meeting. “People started responding and said, ‘Al you should put together a meeting.’” 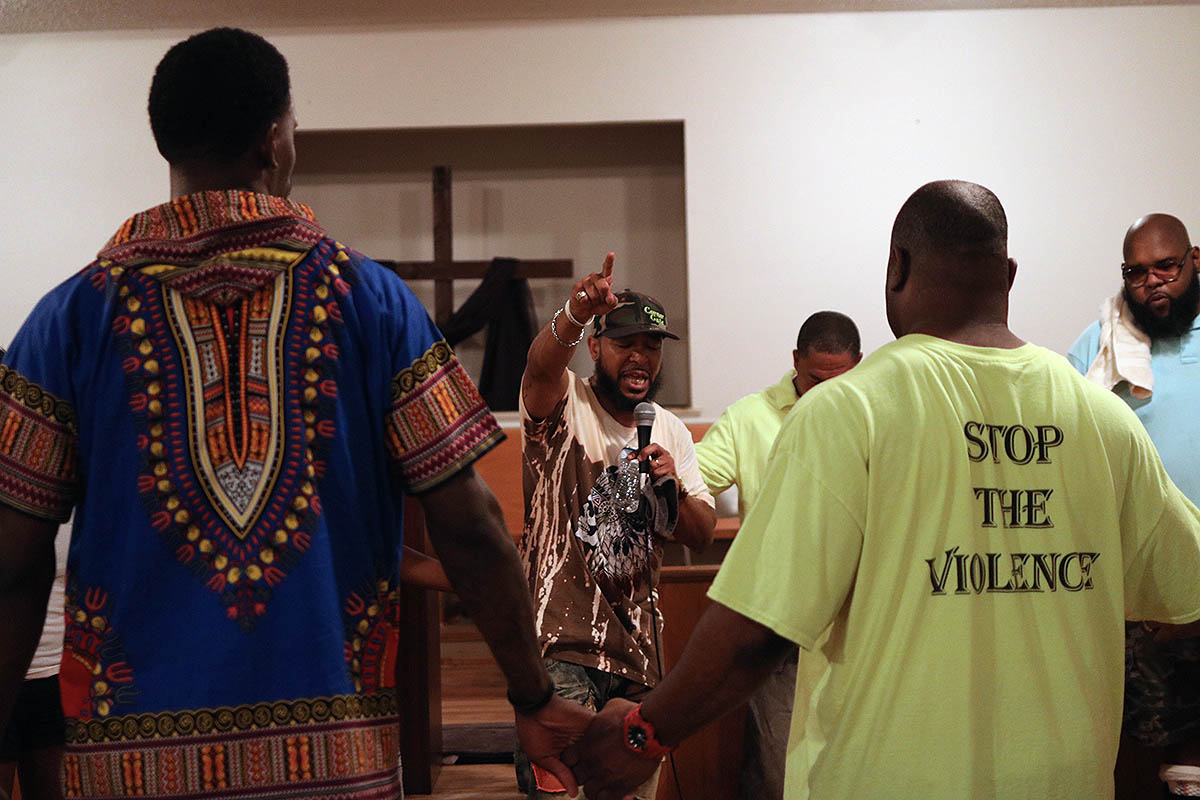 Found in the Rivard Report, 27 July, 2017
Erika Prosper: From Field Work to First Lady
“I was taught how to solve problems in the fields,” she said. “I learned to respect the hungry. I learned humility. When you are covered in dirt, you realize you’re not better than anybody else.”
(Photo: Kathryn Boyd-Batstone / Rivard Report) 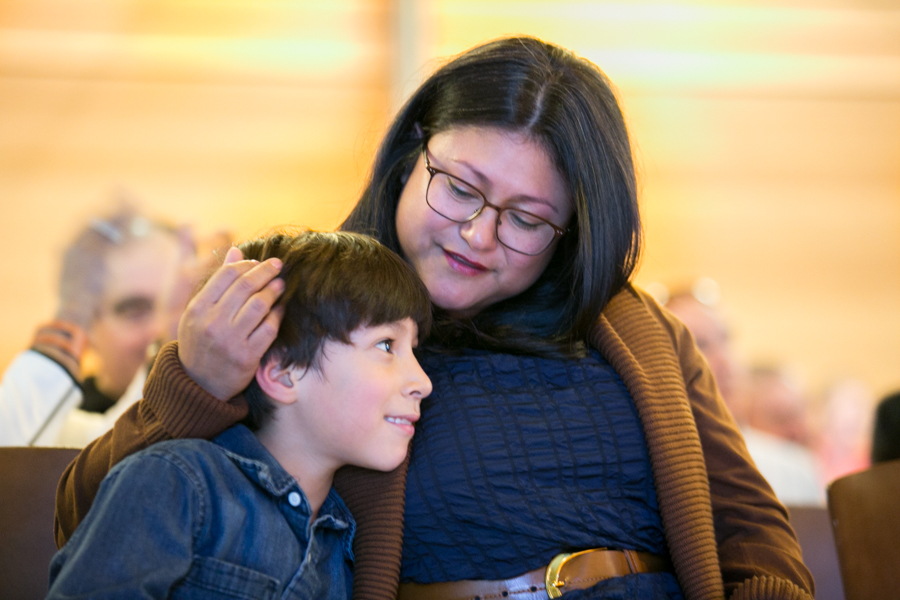 Watched on NOWCastSA on 21 July, 2017
Video: San Antonio mayor testifies against “bathroom bill,” saying it harms transgender people and the economy
“San Antonio is a welcoming and inclusive place, where people from many backgrounds and beliefs come together to make it a great place to live and visit. These bills are in direct conflict with the values we hold as a community.” 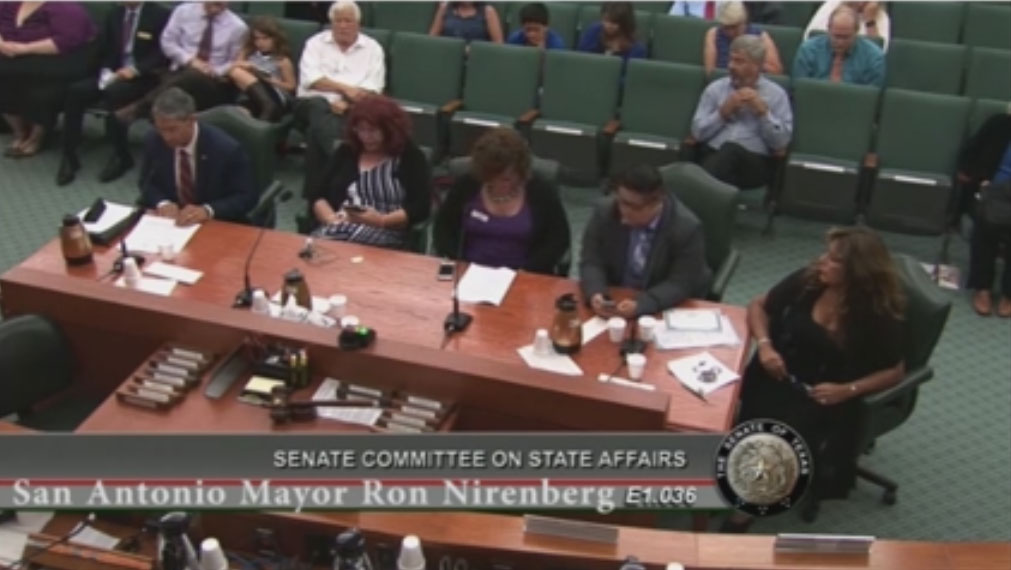 Found in the Rivard Report, 28 July, 2017
Books Can Put Incarcerated Youth on a Productive Path
When I was in juvenile detention, I remember correctional officers saying, “Mental chains are the hardest ones to break,” meaning that people have to consciously want change. In my program, I use that same phrase, but I’ve turn that negative connotation into a positive one. 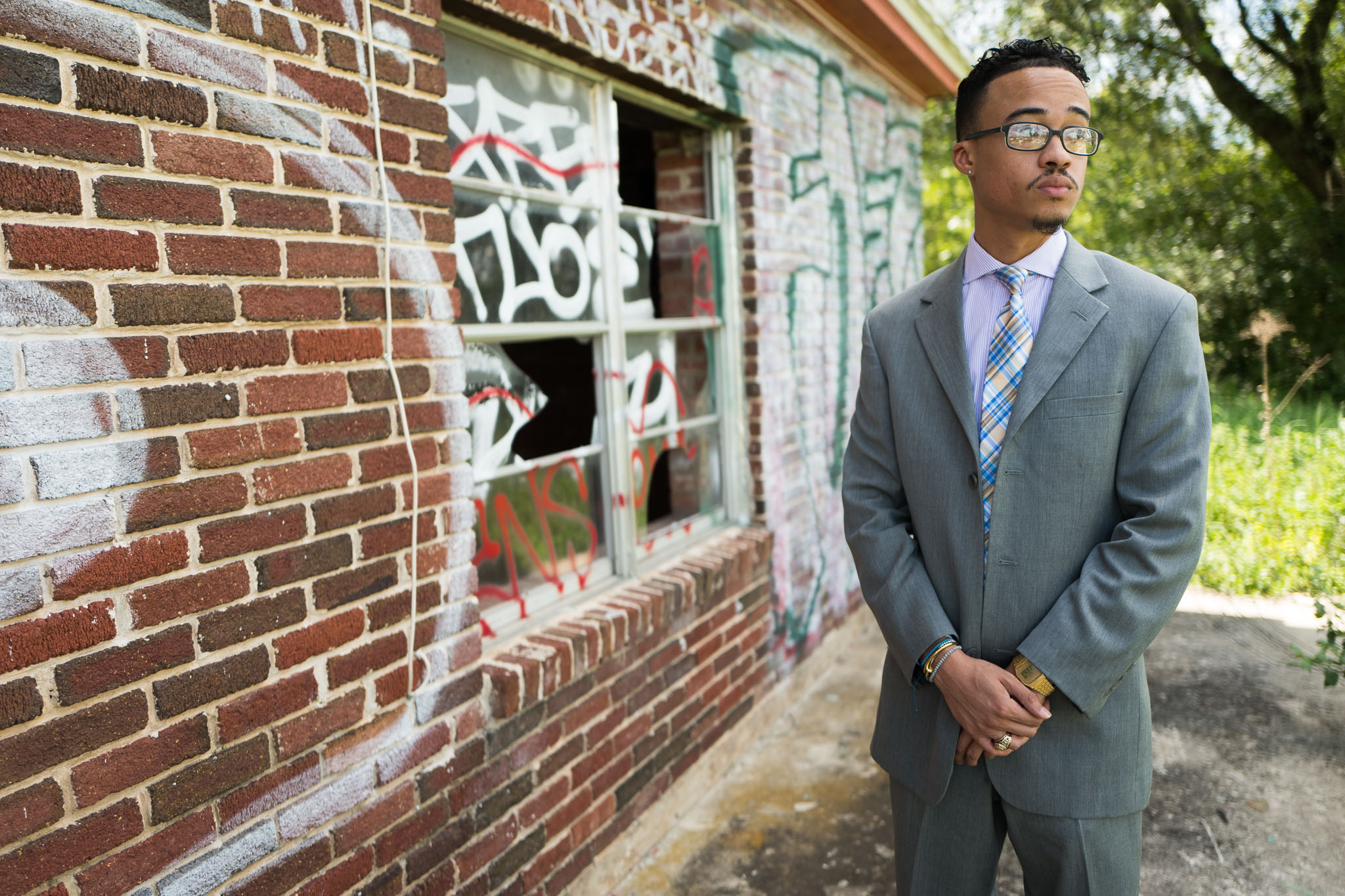 Seen on Spectrum News, 31 July, 2017
San Antonio Clubhouse serves as example for Texas cities
For fourteen years, the Clubhouse has been teaching and training adults with mental illness to be something more than a diagnosis. 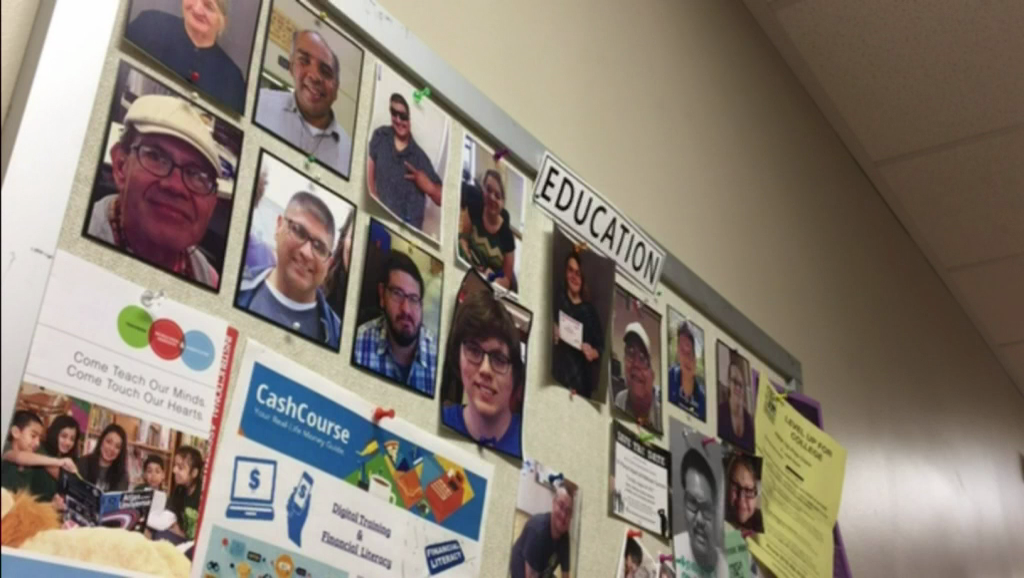 Read in the Express-News, 26 July 2017
Father Carmelo A. Tranchese ministered to poor parishioners on the West Side
Tranchese had seen poverty in previous stints in churches in El Paso; San Jose, California; Albuquerque, New Mexico; and Colorado but the wretched conditions he found on the West Side must have been shattering. The majority of residents in what was known as the “Mexican Quarter’’ lived in small, dilapidated, overcrowded hovels that had once been stables. Few had indoor toilets or running water. There were no paved streets and when it rained, the roads flooded. 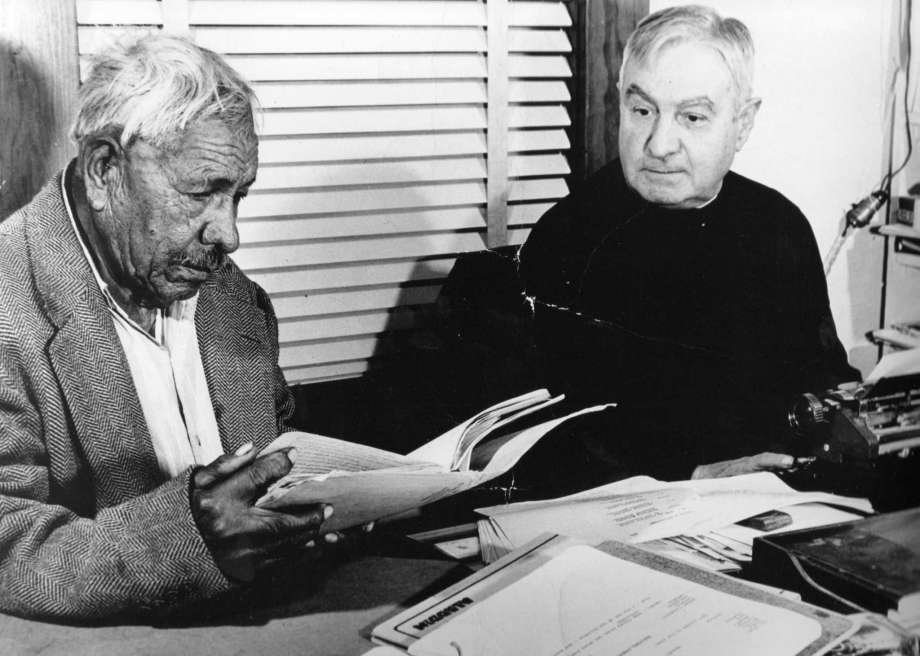 Read in the Express-News, July 30, 2017
Refugee students prepare for college at Camp Discover
High school counselors Seth and Angela Sampson, aware of the struggles refugee students face, organized the project and donated their time, taking the kids to area colleges and universities and arranging a talk with a representative from Texas Tech University. The Center for Refugee Services gave the Sampsons a list of more than 100 school-aged refugees from the families who have come through the center. 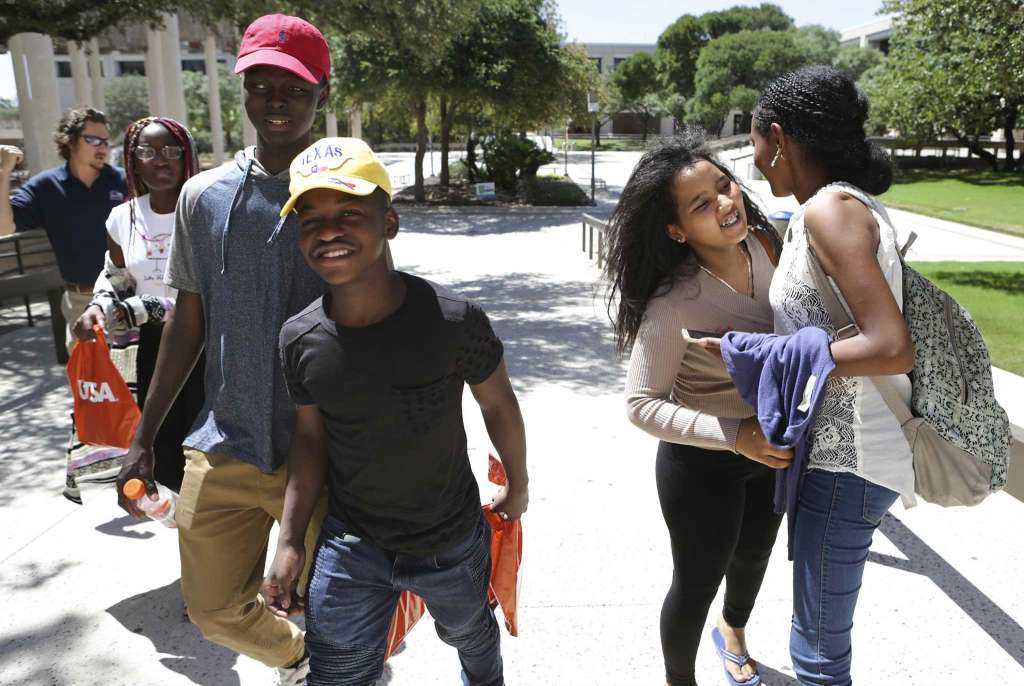 Read in the Express-News, 19 July, 2017
Program teaches children to cook — and eat — well
Funded by a half-million dollar grant from the Goldsbury Foundation and launched June 12, the program teaches club members the basics of nutrition and that healthy food is not only tasty but also easy and fun to make. 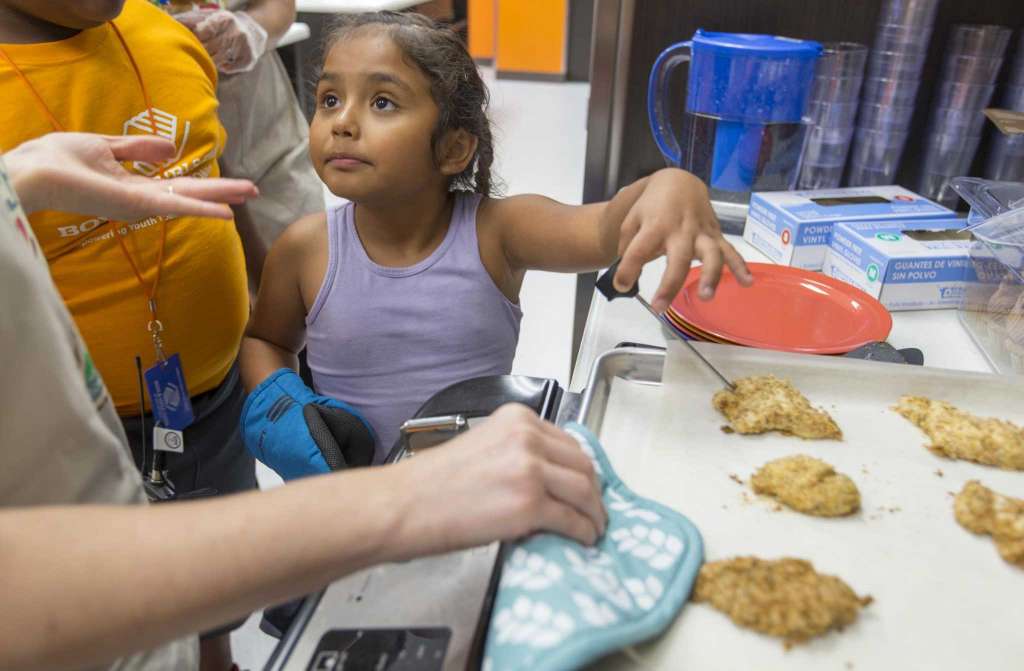 Read on the Rivard Report, 28 July 2017
What’s Suddenly So Important About Trees
Trees have a positive impact on the environmental, social, and economic aspects of our world. They are a part of our everyday lives, and no matter how hard we try, we can never escape their presence. 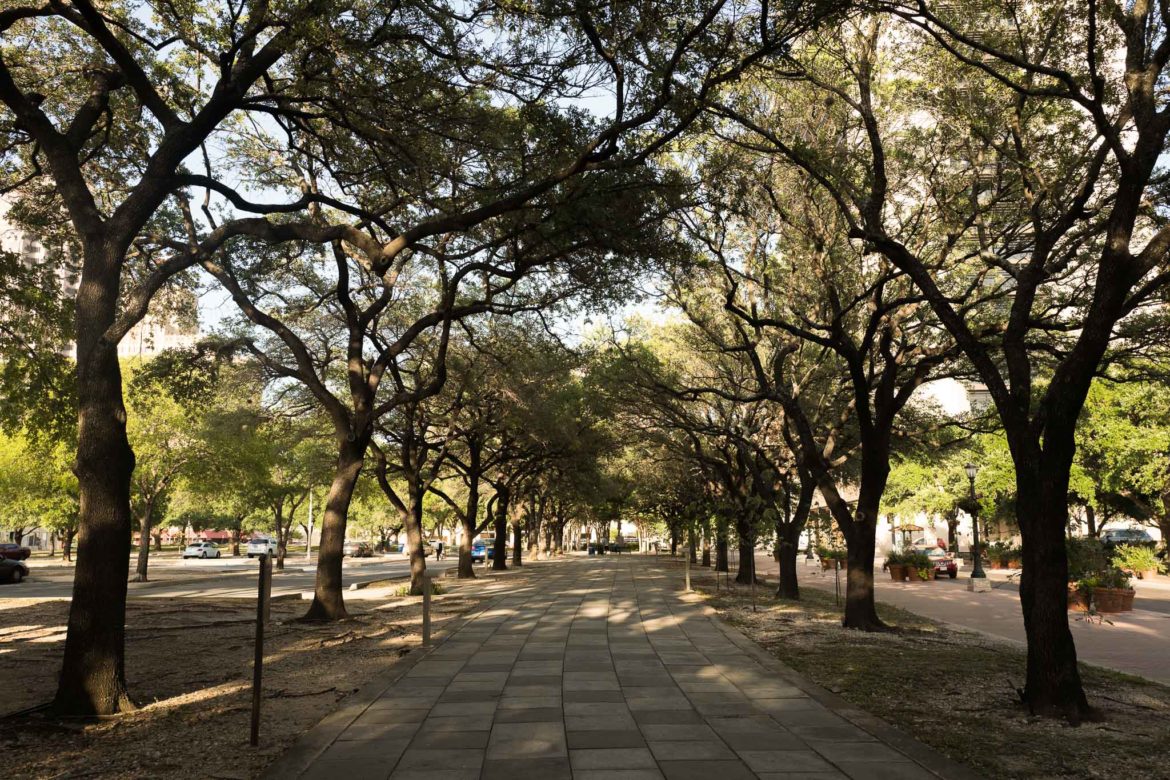 This story from the Express News, 10 May, 2017, was suggested by Keith Wideman, who works at Haven for Hope
HOPE for homeless — offered by cops
Keith added to the story: “Among the creative ways the HOPE Team has found to build mutually respectful relationships with the chronically homeless was gaining access to the City’s considerable timed-out lost and found, before it’s sent to the dumpster. Now when the HOPE Team connects with a homeless person who needs a walker or a wheelchair or a backpack or warm clothing or whatever, they “shop” the warehouse and take the needed item to the individual.” 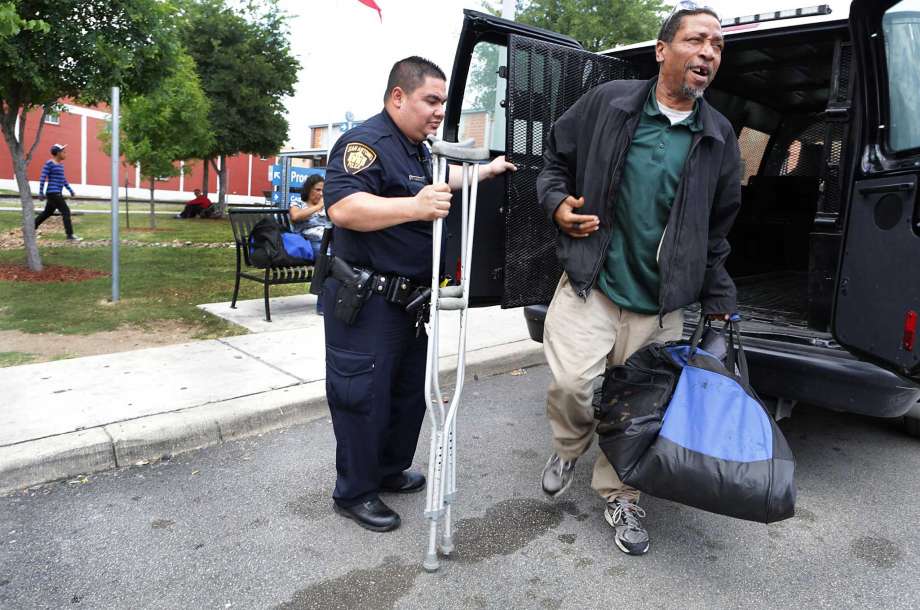