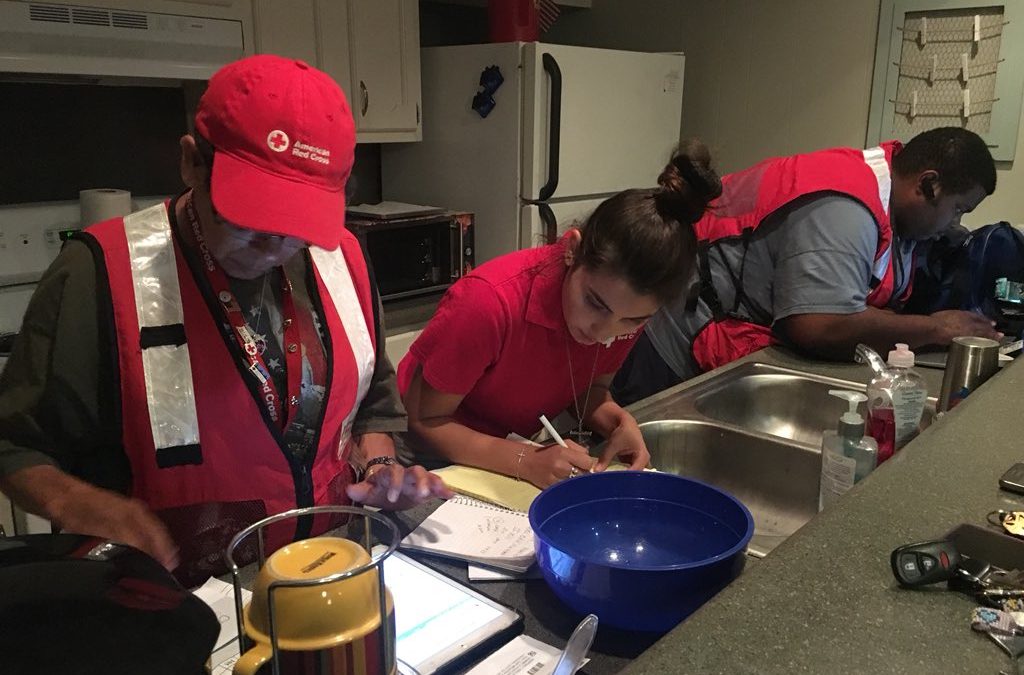 Above: San Antonio Red Cross volunteers responded to an apartment fire in Live Oak that affected six families. Every Wednesday we bring you the #compassionateSA news roundup. Follow us on Twitter @compassionNET1 to see events as they unfold and use the hashtag #compassionateSA!

Seen on Fox 29, 28 February, 2018
Northwest Side neighbors set to clean up illegal dump site
“Because if you’re not going to be part of the solution you’re part of the problem.” 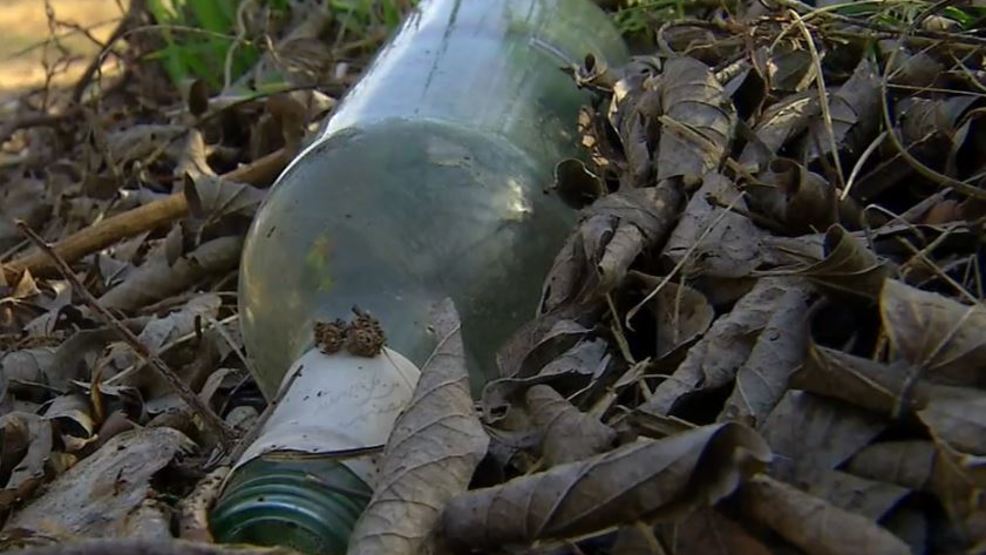 Seen in San Antonio Magazine, March, 2018
Health By Design
At Children’s Hospital of San Antonio designs call for sitting rooms with kitchenettes and tables so families can meet with doctors in comfortable settings rather than cold conference rooms. 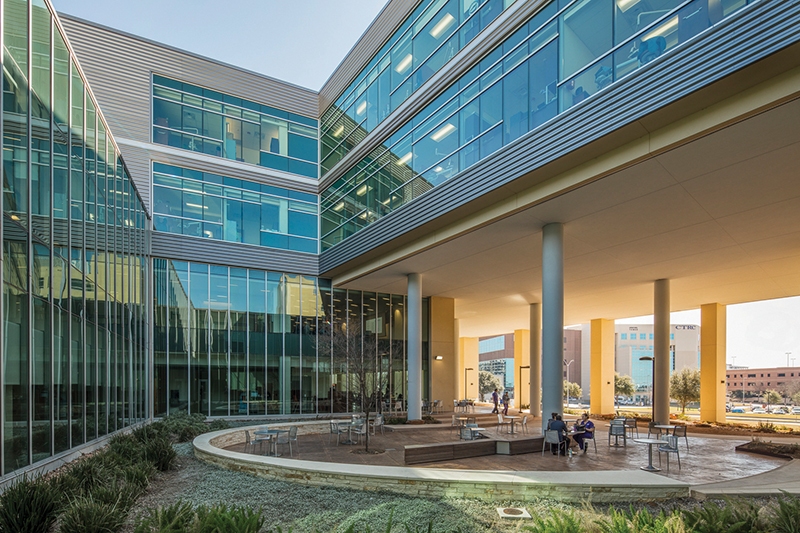 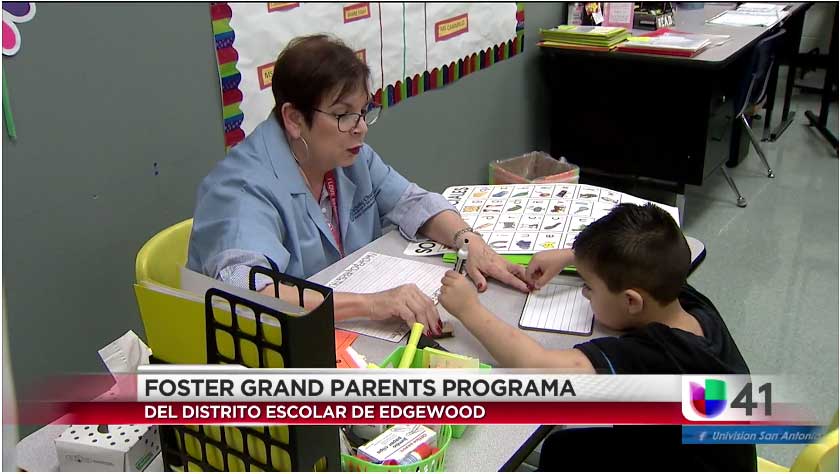 Heard on Texas Public Radio, 28 February, 2018
SA2020: Civic Engagement Is Necessary To Turn San Antonio’s Vision Into Reality
The best way to have the city you want to live in and reflects your values is to engage by voting, giving, volunteering and leading. 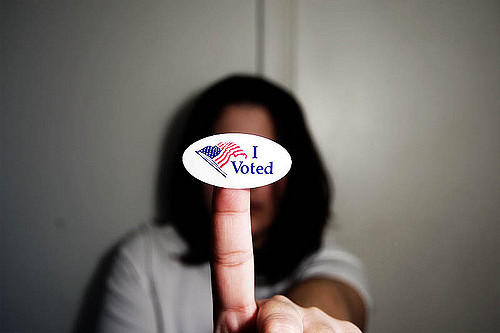 Found on the Poynter Institute web site, 28 February, 2018
Local journalists created a Facebook group with tips and support for covering mass shootings
“We keep covering this, and I don’t know if our newsrooms are equipped or have this on their radar.”

Found in the Express-News, 1 March, 2018
Reform of San Antonio parade ordinance seen as win for First Amendment activists
“Our First Amendment rights, our government allows us that opportunity for free speech, and we cannot allow fees or monetary value to infringe that.”

Also read in the Rivard Report, 1 March, 2018
City Council Approves Changes to March and Protest Rules
“We need the public to use their rights,” [Joleen] Garcia said. “When you use your rights it’s harder for them to take them away.” 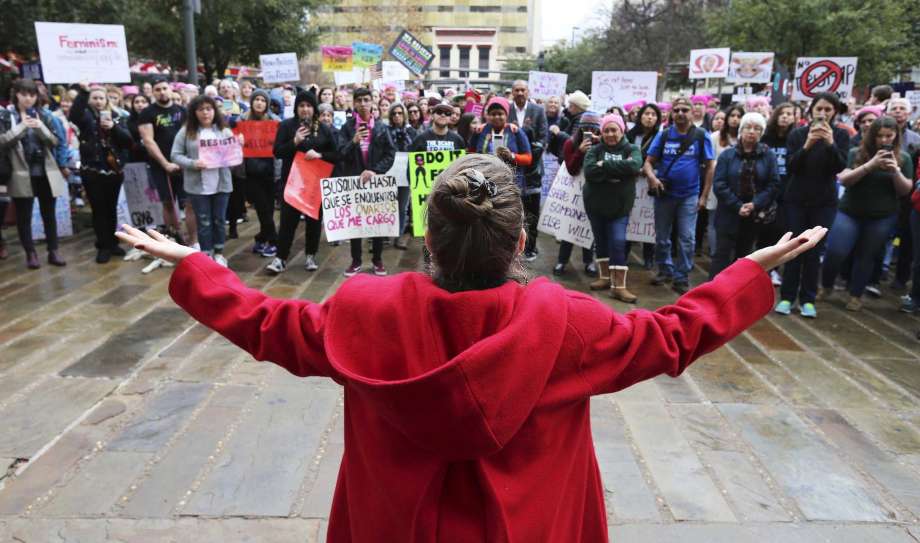 Seen on KSAT 12, March 1, 2018
Widow spreads awareness about cancer to firefighting community
She knows every small change could save lives of firefighters just like her husband. That’s why she spends time speaking to cadet classes and at symposiums for cancer in fire departments. 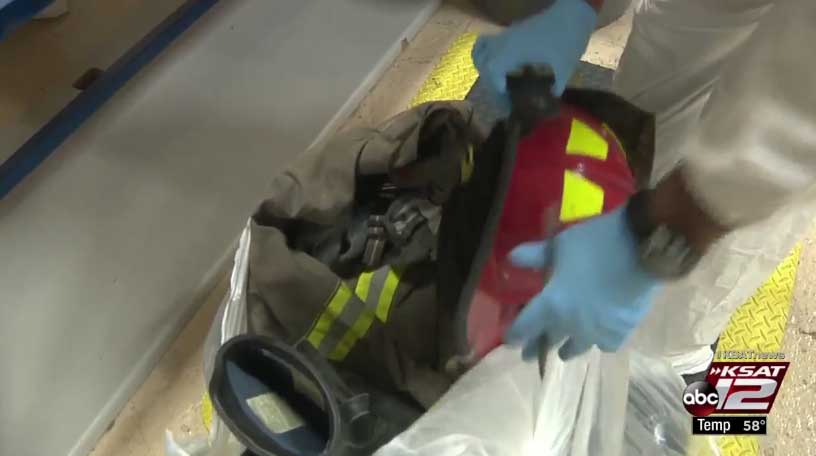 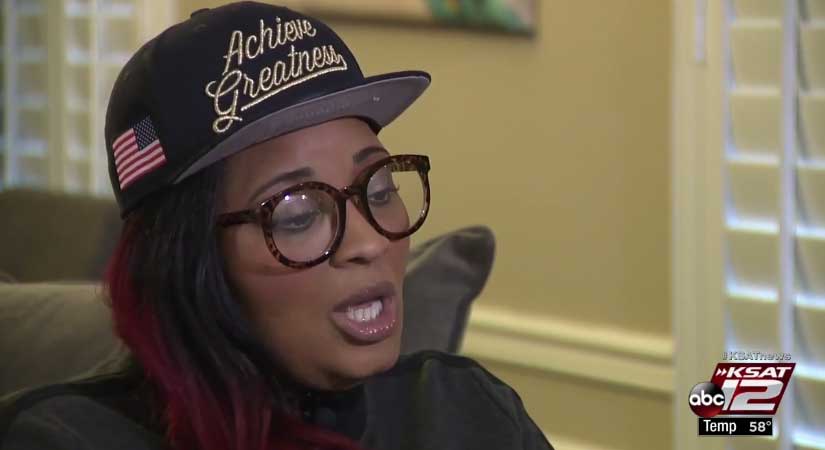 Seen on KSAT 12, 1 March, 2018
Couture for a Cause: Local designer creates fashion to benefit women around the world
Fashion show March 4 to benefit Women’s Global Connection. 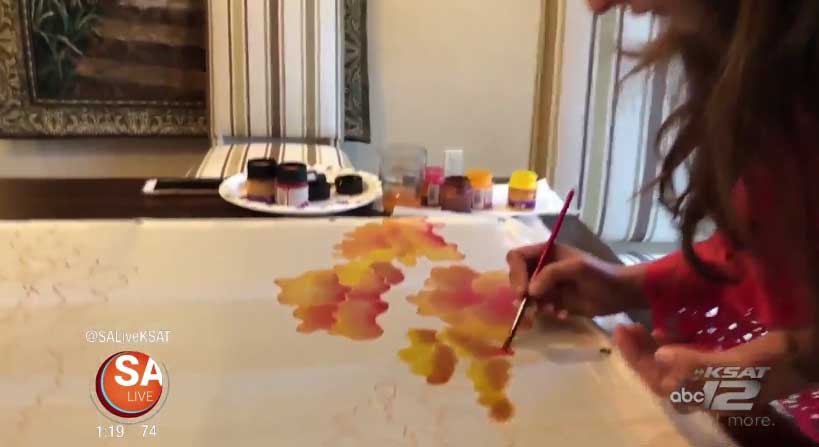 Seen on KSAT 12, 2 March 2018
$1.6 million park aimed at giving East Side youth new athletic opportunities
State of the art facility expected to be complete by summer. 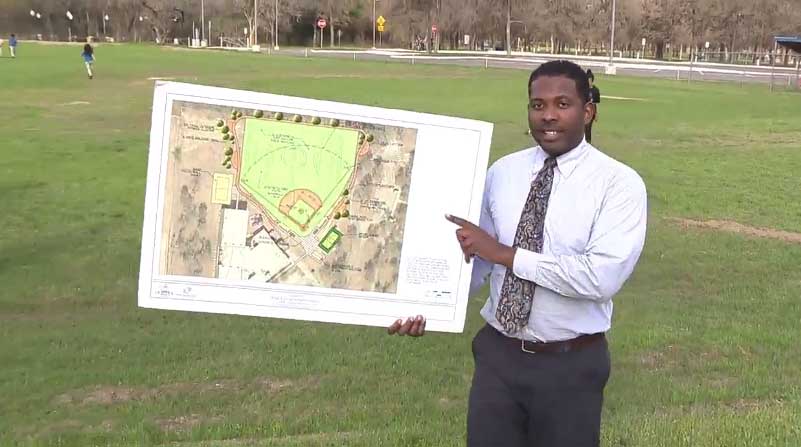 Seen on Spectrum News, 2 March, 2018
LLS volunteers gearing up for annual fashion show
“It gives them the power to continue to fight and love what they look like,” said survivor Amanda Ramirez. 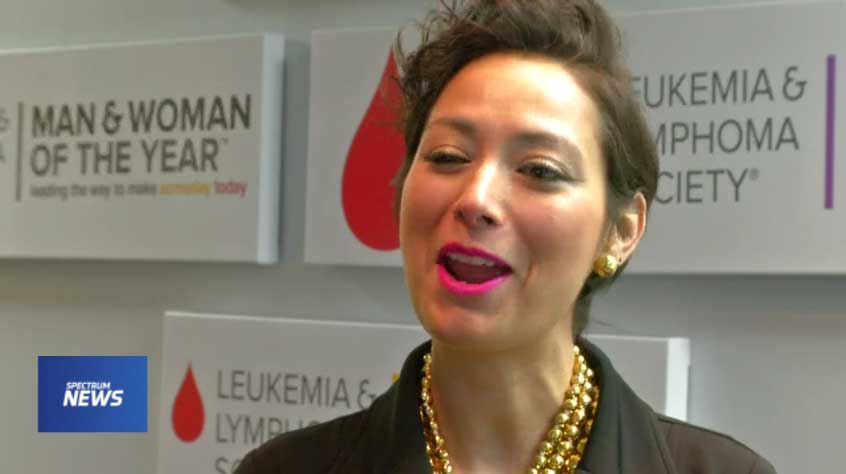 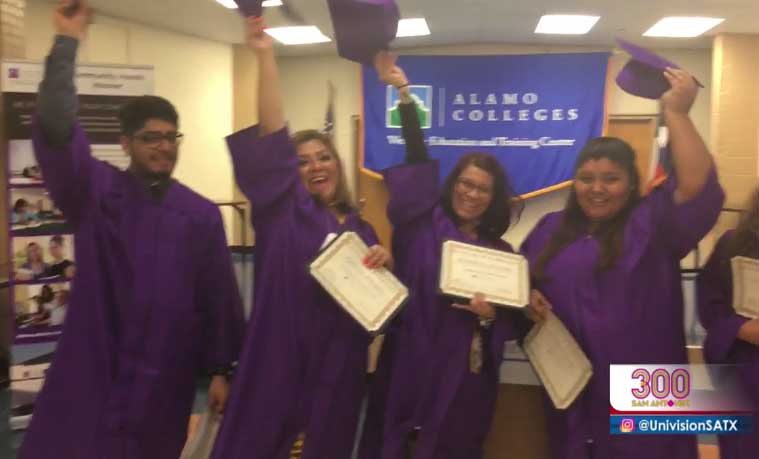 Seen in the San Antonio Current, 2 March 2018
‘Empty Bowls’ Brings Potters, Chefs Together to Fight Hunger at Southwest School of Art Event
Launched in 2000 by the San Antonio Potters Guild, the local chapter has raised more than $500,000 benefiting SAMMinistries. 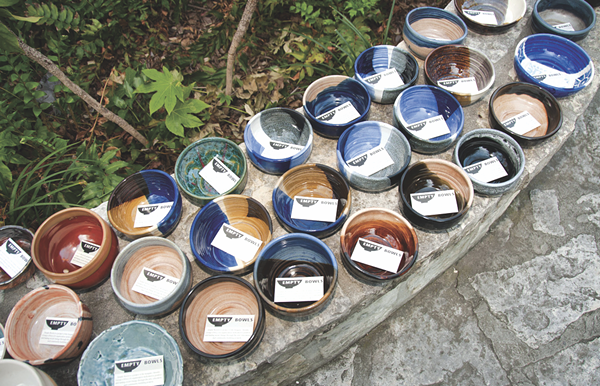 Seen on KSAT 12, 4 March 2018
Annual candlelight ceremony helps families of dead children grieve
The Any Baby Can Center for Infant and Child Loss puts on the memorial every year.

Also seen on KENS 5, 5 March, 2018
Families bonded by tragedy at memorial remembering loved ones
The Any Baby Can organization helps families with financial and emotional support. 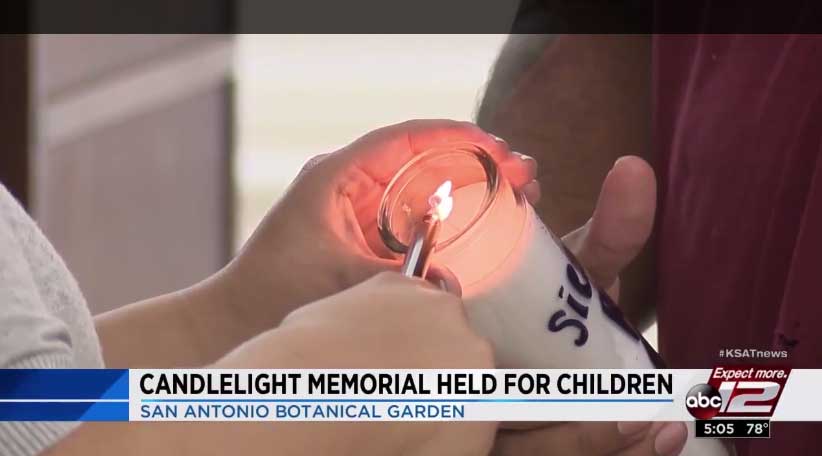 Read in the Rivard Report, 5 March, 2018
Funding Delay Stalls Bexar County’s Efforts to Aid Opioid Abusers
Bexar County has the third-highest per-capita rate of overdoses in Texas and leads the state in the number of infants born with opioid withdrawal symptoms. 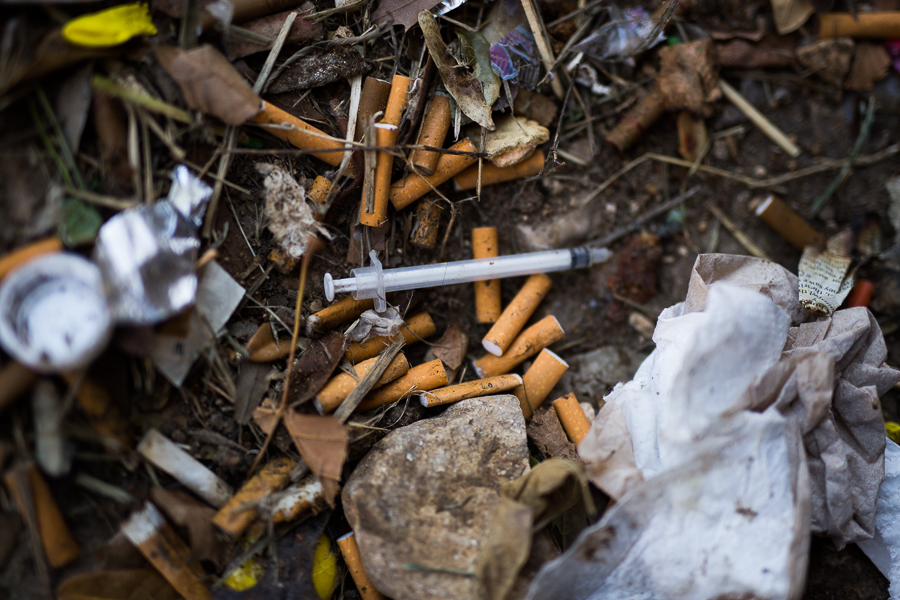 Read in the Express-News, 5 March, 2018
A look inside ThriveWell founder’s handbag
Lynn Stahl: “I want to marinate in gratitude, and when I get anxious, these cards and prayers remind me of the importance of comfort, security and trust.” 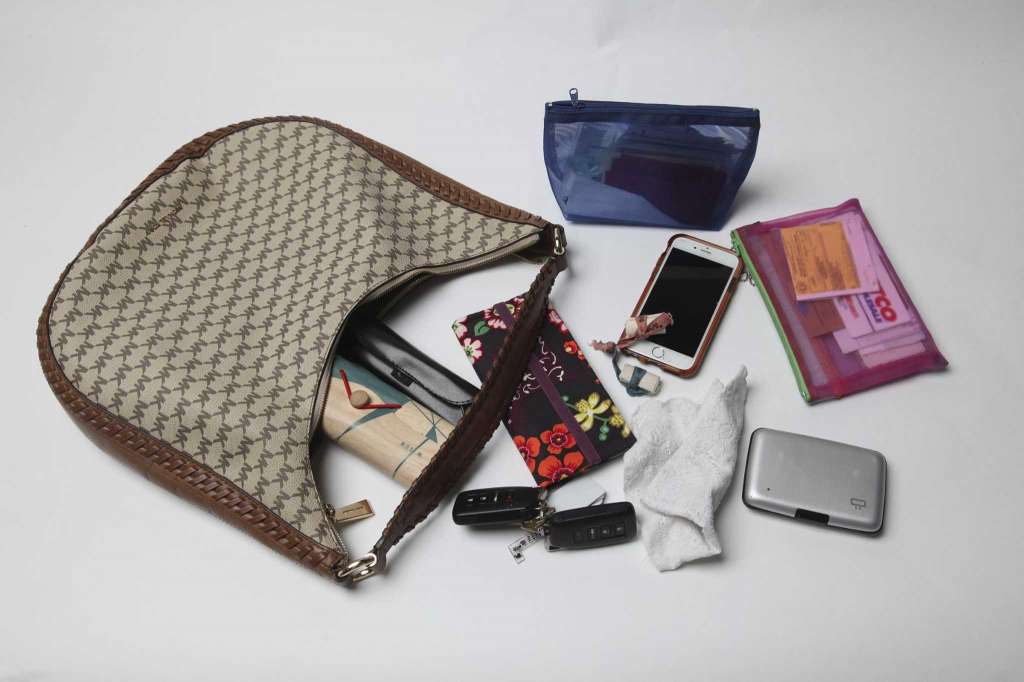 Found in the Rivard Report, 5 March, 2018
He’s Got Next: Spurs Star Pau Gasol Joins San Antonio Symphony Advisory Board
Throughout his NBA career, Gasol has been active in charitable work. He received the NBA’s J. Walter Kennedy Citizenship Award for 2011-2012 for promoting programs aimed at children’s health and education. 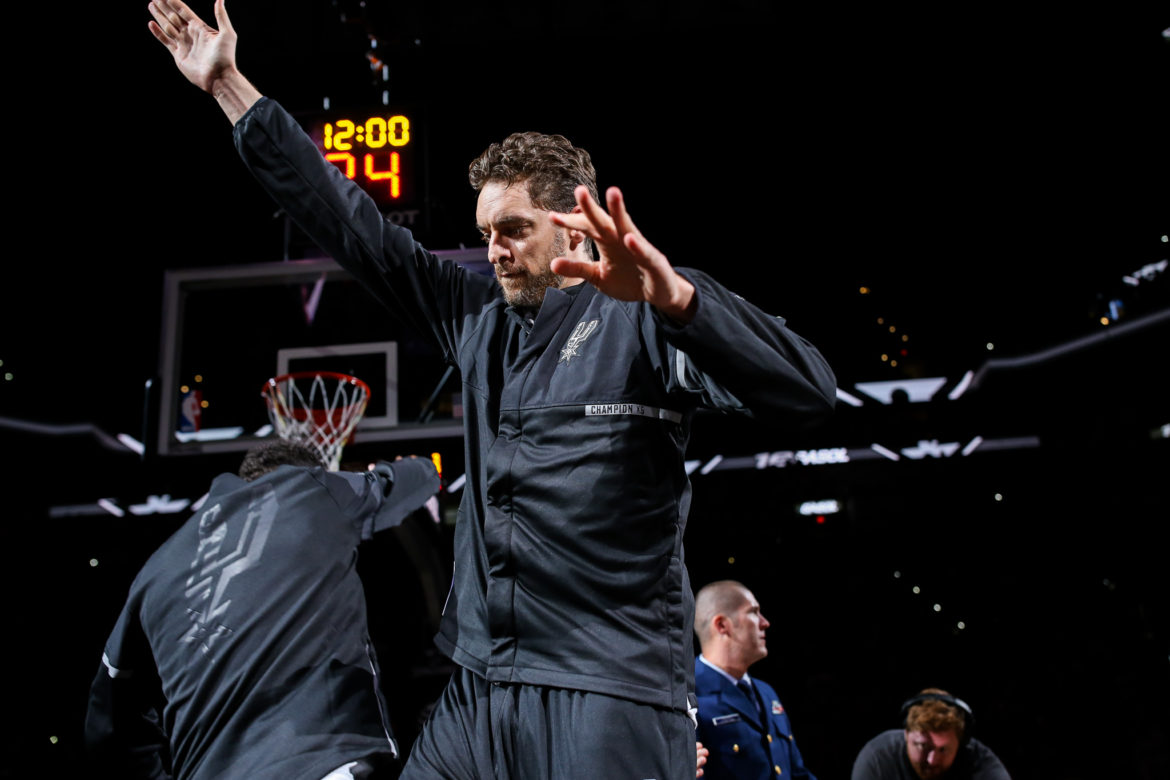 Seen on Fox 29, 5 March, 2018
Street2Feet program nurtures homeless community
The program and its positive impact it is making in the lives of the homeless and recovering in the San Antonio community. 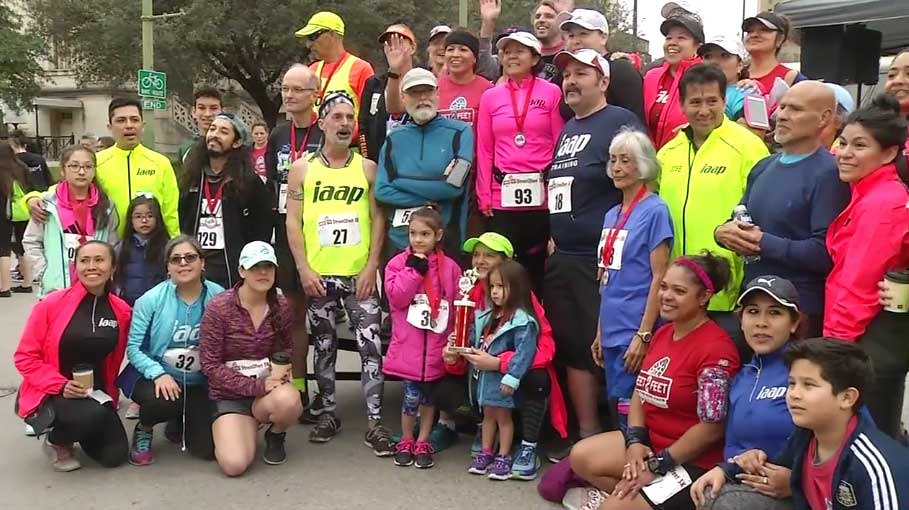 Heard on Texas Public Radio, 5 March, 2018
How Does Early Education Benefit Children Later In Life?
How can families find resources and what kind of support are they offered? How can San Antonio ensure equitable quality education for young children? 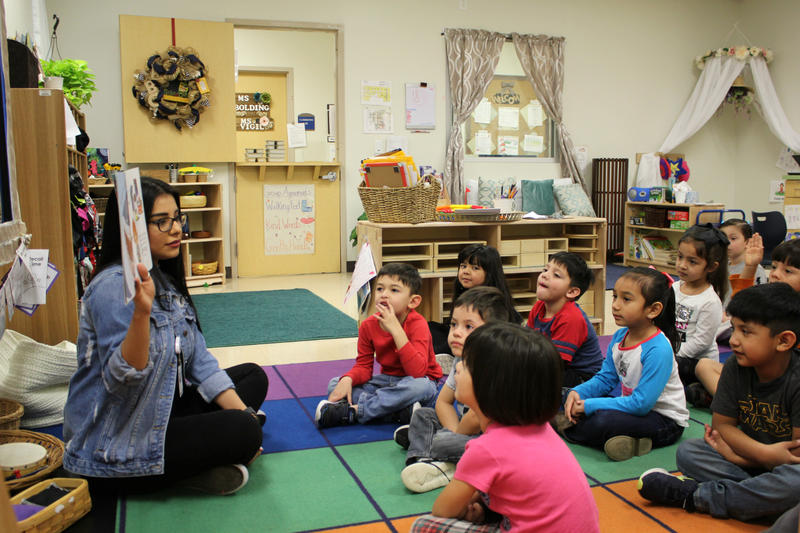 Seen on the Rivard Report, 5 March, 2018
Following Students’ Lead, SAISD Calls for Gun Law Reform
Board President Patti Radle called the board’s approval of the “very bold resolution” an “act of love for our students.” 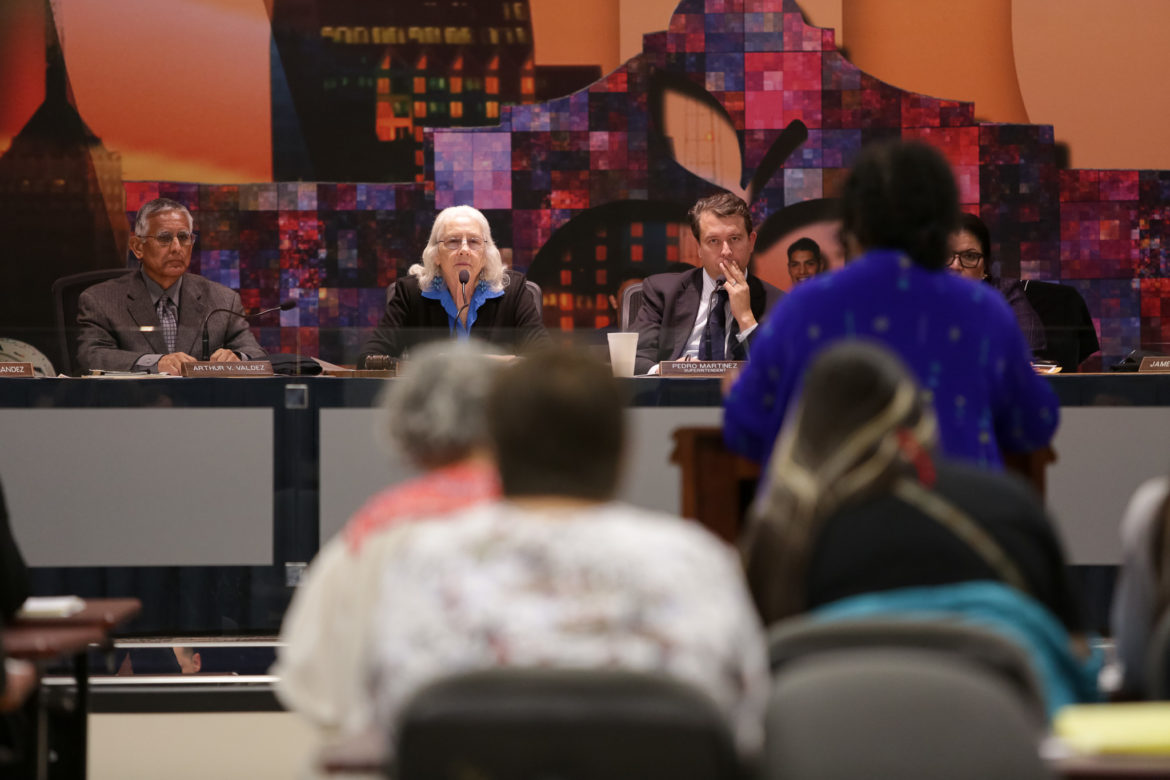 Read in the Express-News, 5 March, 2018
San Antonio students learning valuable lessons from Mills’ books, actions
“I want kids to understand how I overcame obstacles growing up, and that there are peaceful ways to deal with racism and bullying.” 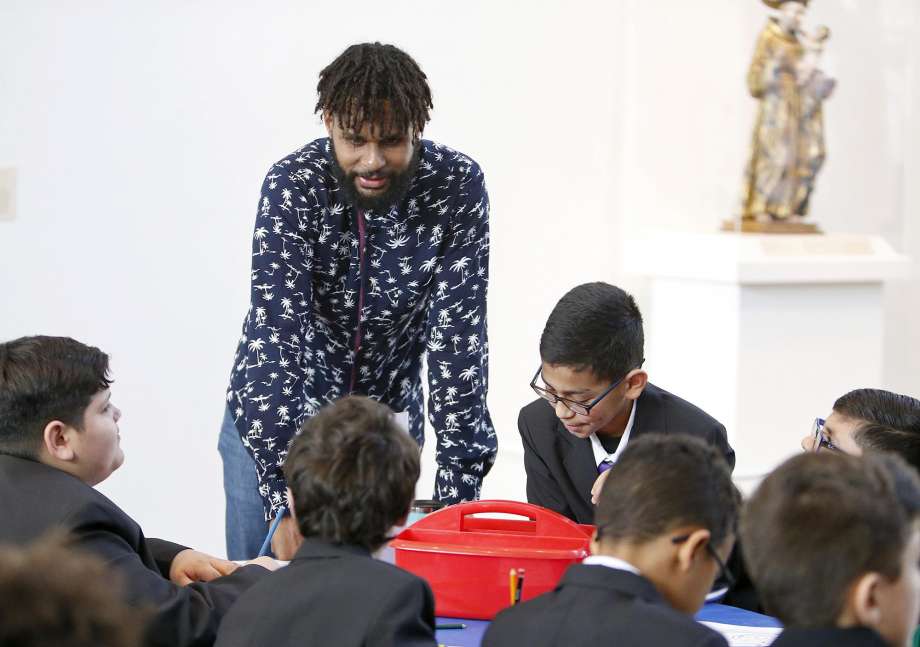 Read in the Express-News, 5 March, 2018
Adopted dogs lift spirits of residents in memory care communities
“What we’re looking to do is interact with our residents . . . You see a light in their eyes that’s just phenomenal to see.” 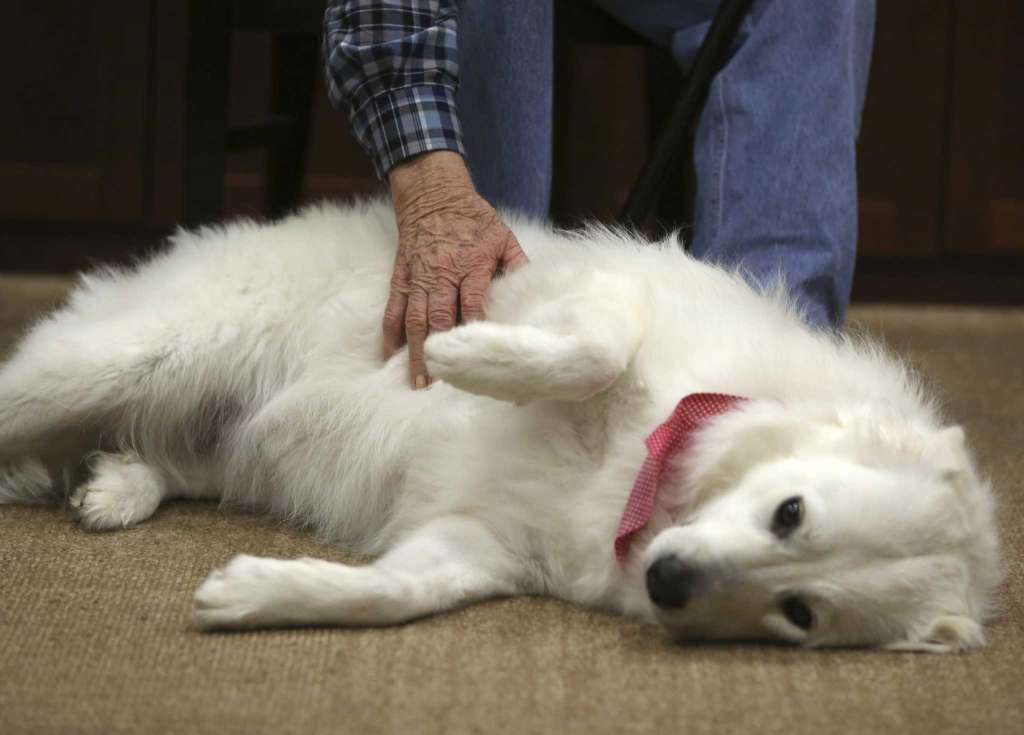 Read in the Express-News, 5 March, 2018
UTSA survey shows equity concerns among faculty, staff
“Because of where we are, and who we are, we can be an exemplary institution about how we declare and how we realize that our diversity and inclusion is our greatest strength — if we do it properly,” 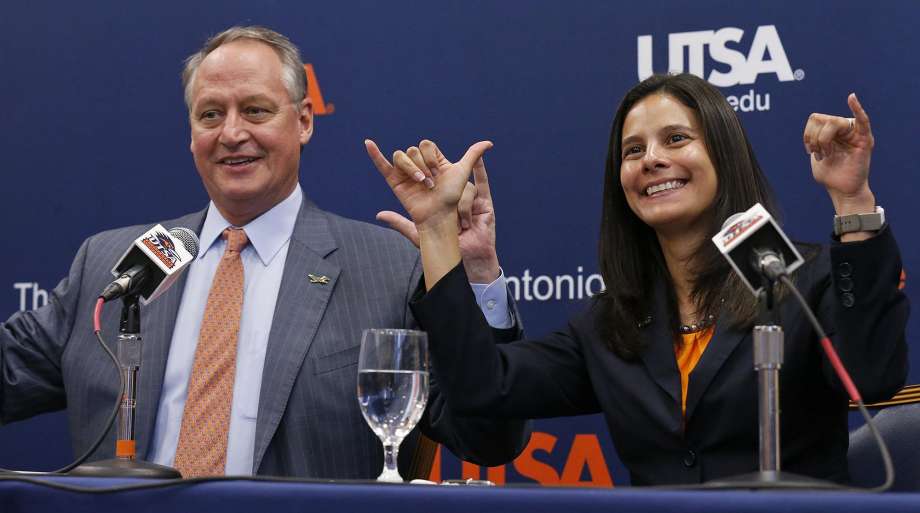 Found in the MySA.com, 6 March, 2018
Harnessing the power of inclusiveness
Dr. matson: “Each of our faculty, staff and students is responsible for co-creating a culture of excellence on campus — through our voice, words and actions — that evokes diversity of thought, open-mindedness and mutual respect.” 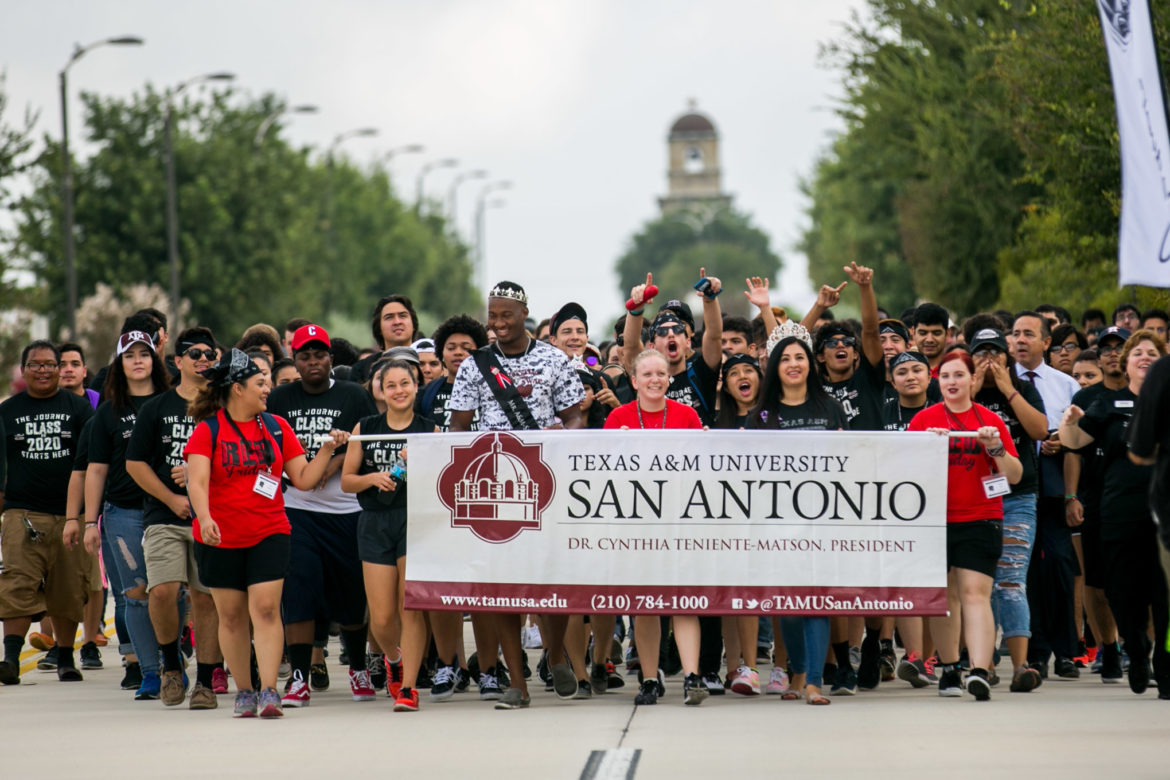 Seen in The Guardian, 2 March, 2018
How an endangered salamander forced a Texan city to save water
“A good business climate and quality of life and environmental protections go together and we know that. We’re pretty confident that our children and grandchildren in San Antonio decades from now will expect that way of thinking.” 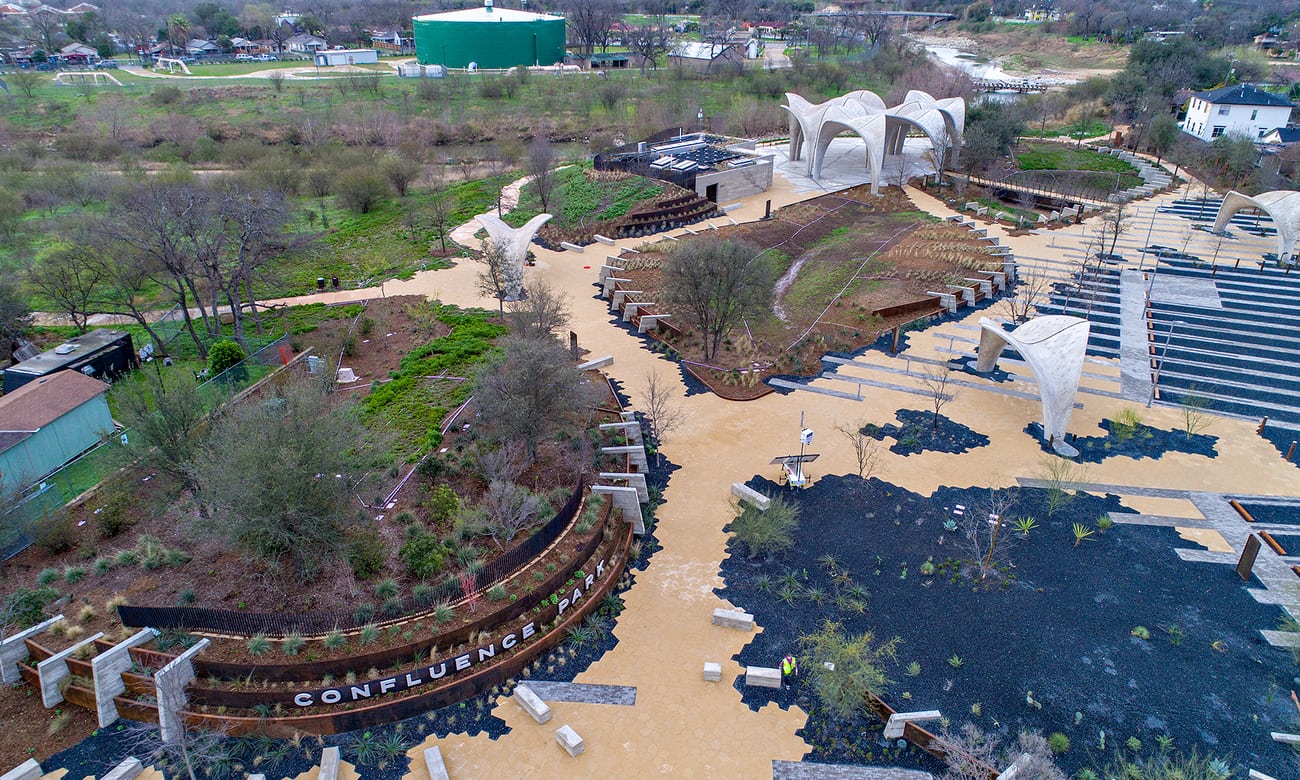 Seen in the San Antonio Business Journal, 6 March, 2018
San Antonio Food Bank to get $1M gift from Alamo City entrepreneur
The gift from Najim, a long-standing supporter of the food bank, will allow the nonprofit — which supports nearly 60,000 individuals each week in one of Texas’ largest service areas spanning a 16-county region — to add 10 new refrigerated food trucks to its fleet. 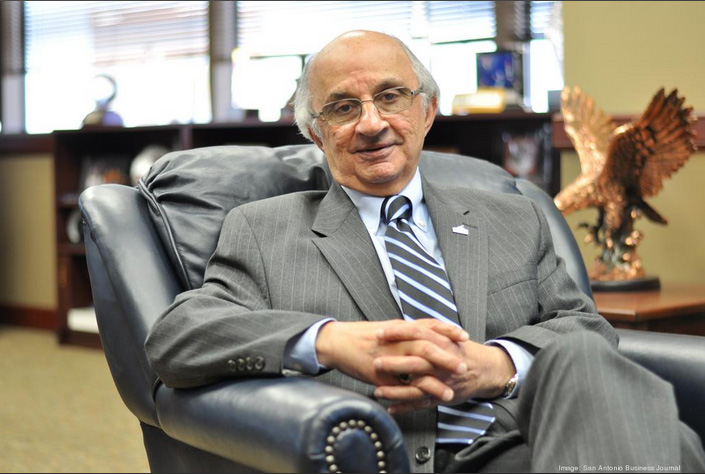 Found on the SACADA web site, 7 March, 2018
SA Council on Alcohol & Drug Abuses releases annual report
“Our region’s average age a child first experiments with substances is 11 years old; prevention is key to keep children from being overcome by the growing epidemic.” 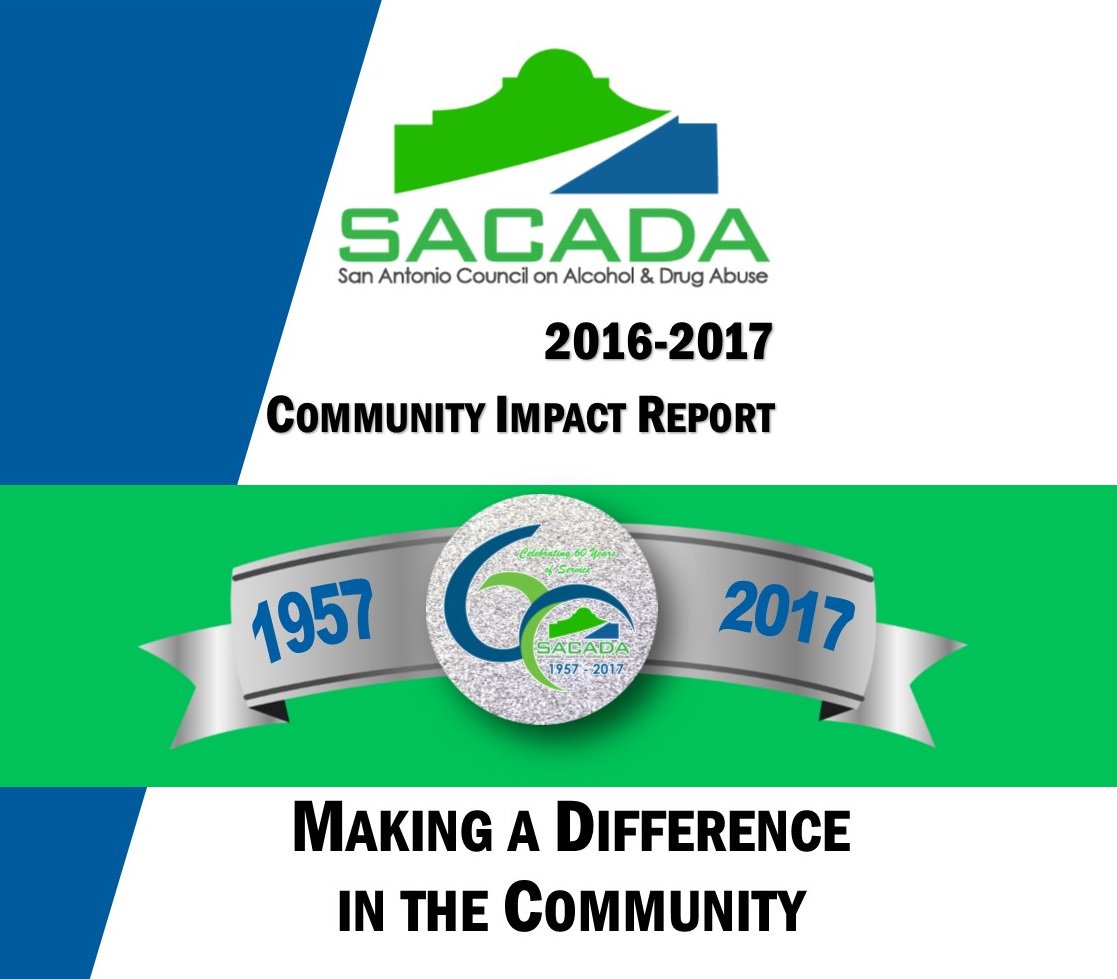 . . . . .is a grassroots movement that promotes, supports and celebrates San Antonio’s commitment to be a world-class compassionate city: one where the civic government, the religious and volunteer organizations, the businesses, the community and its educational institutions come together to recognize the importance and value of compassion in the life of a city and by doing so create an ethos of compassion and a safety net for its most vulnerable citizens. #compassionateSA