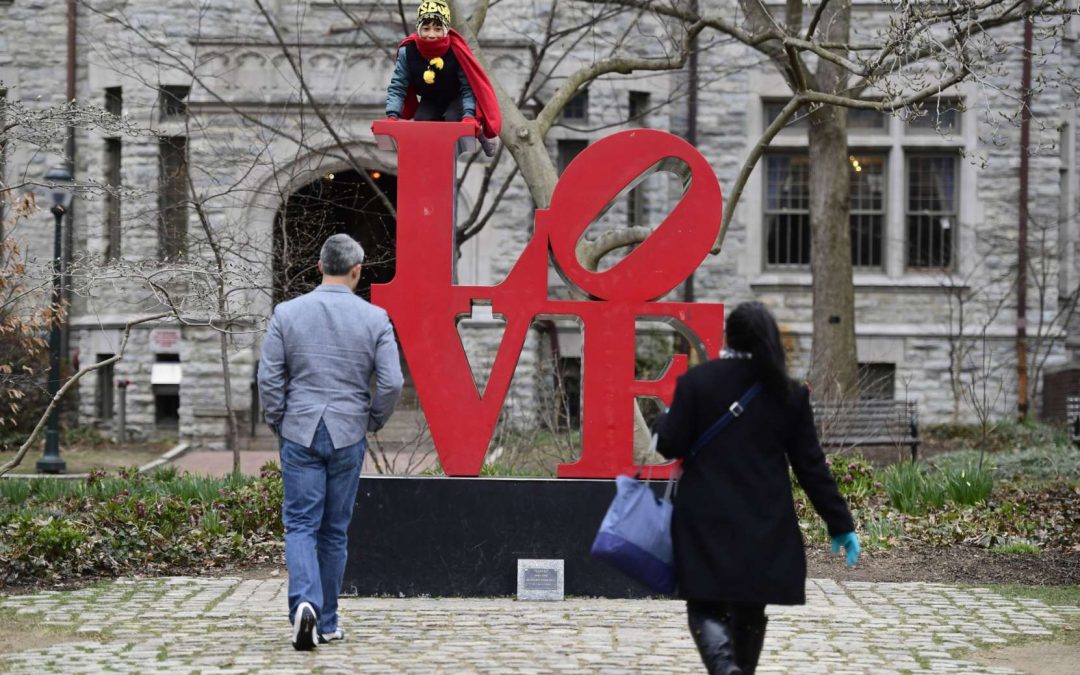 Last week Mayor Ron Nirenberg and his family were in Philadelphia, where he gave the prestigious George Gerbner lecture at his Alma Mater, the University of Pennsylvania. The Robert Indiana “Love” statue on the school’s campus is a copy of the original, in Philly’s JFK Plaza. His talk, which was called “Love Your Neighbor,” told of his vision as mayor of San Antonio, our compassionate city.

The Mayor may not realize it, but Compassion Here! — this weekly news roundup of compassionate news stories — was inspired by the very same George Gerbner, who was a dean of Penn’s Annenberg School for Communication, where Nirenberg and his wife, Erika Prosper, met. Gerbner identified what he called the “Mean World Syndrome,” which posits that the violence-related content of mass media makes viewers believe that the world is more dangerous than it actually is, making them fearful and mistrustful. Gerbner once said: “You know, who tells the stories of a culture really governs human behavior.” Here, we tell a different story: our story of compassion and love for our neighbors. The circle is complete.

Seen on the COSA Equity Twitter feed, 14 March, 2018
Press conference on the steps of City Hall speaking out against the recent #SB4 decision
“As a united city we will stand up to defend the rights of our undocumented communities, today and every day.”

Also read in the Express-News, 14 March, 2018
After SB 4 ruling activists call for local government to take action
Counciolman Cruz Shaw: “We have a lot of great diversity in our community, and we have to do what we can to make sure these families stay together.”

Also read in the SA Current, 14 March, 2018
Anti-Sanctuary City Bill Undoing San Antonio’s Efforts to Build Trust With Immigrant Communities
“The 30 years it took to build trust between the City and our immigrant communities has cratered with the stroke of a pen,” District 4 Councilman Rey Saldaña said.

Also heard on Texas Public Radio, 14 March, 2018
Appeals Court Upholds Most of Texas’ Anti-Sanctuary Cities Bill
San Antonio’s District 4 Councilman Rey Saldana is listed as a plaintiff in the suit. He said the city will continue to stand by residents who may be affected by the law. 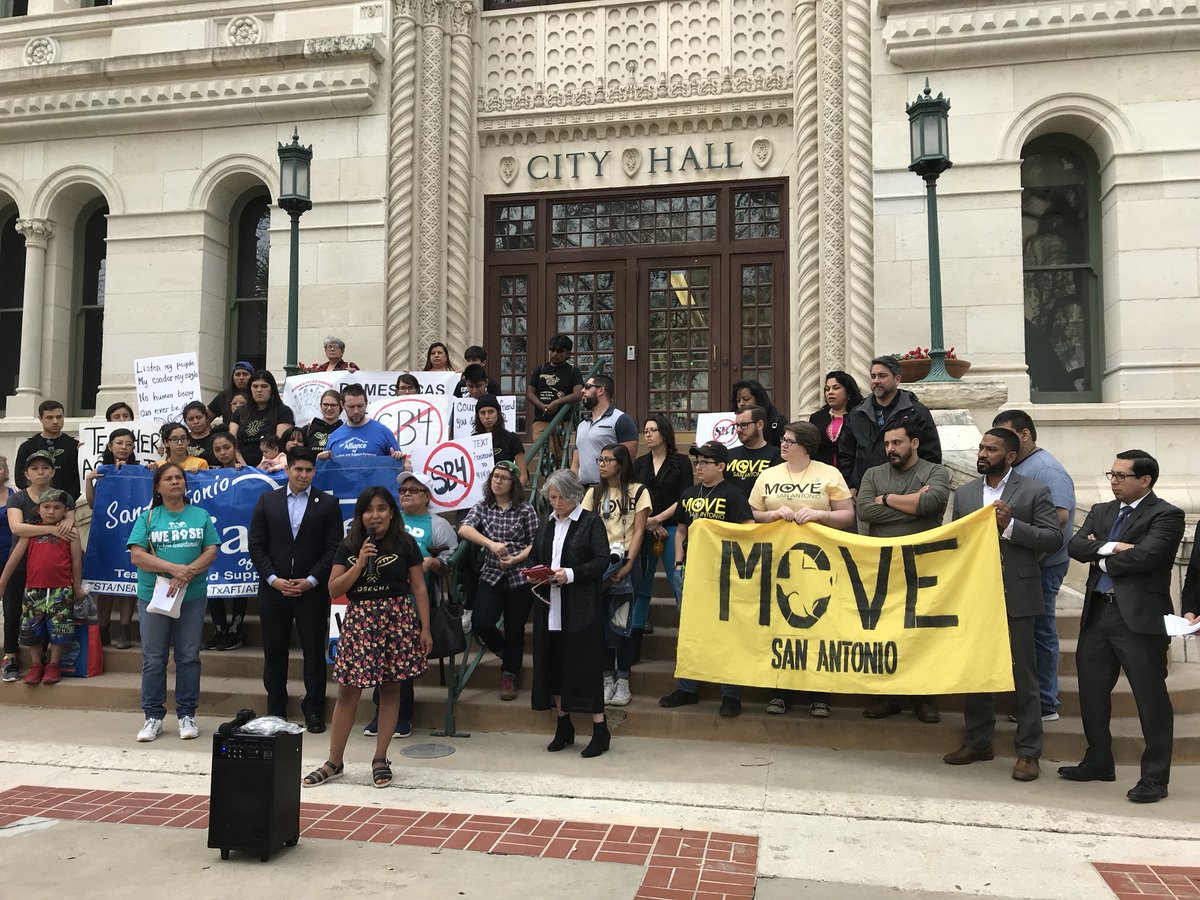 Seen on KENS 5, 14 March, 2018
UIW students give west side homes a makeover
“[It teaches them] to really understand what are issues and how do we go about find a way to resolve and build up the whole community.” 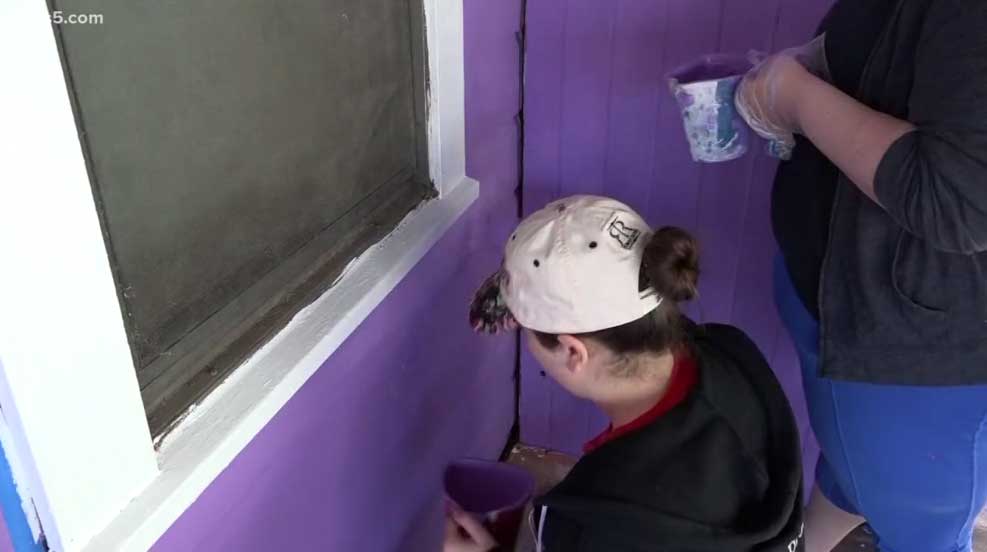 Seen in the Express-News, 13 March, 2018
Activists call for justice in death of transgender woman
“When the system fails, as it did last week, we need to speak out.” 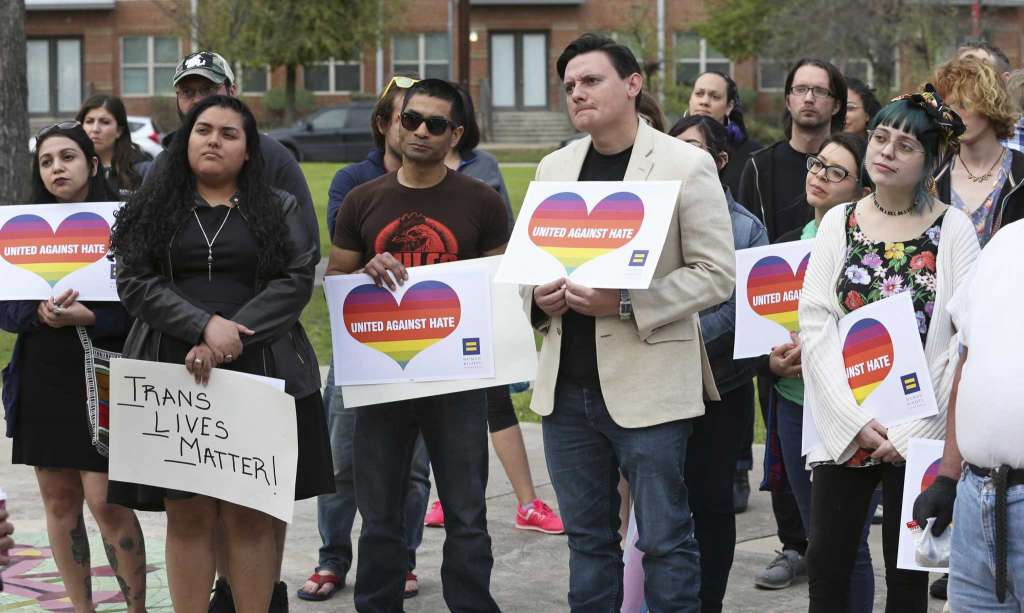 Heard on “On Being,” 15 March, 2018
Naomi Shihab Nye: Your Life Is a Poem
“Before you know kindness as the deepest thing inside, / you must know sorrow as the other deepest thing.” 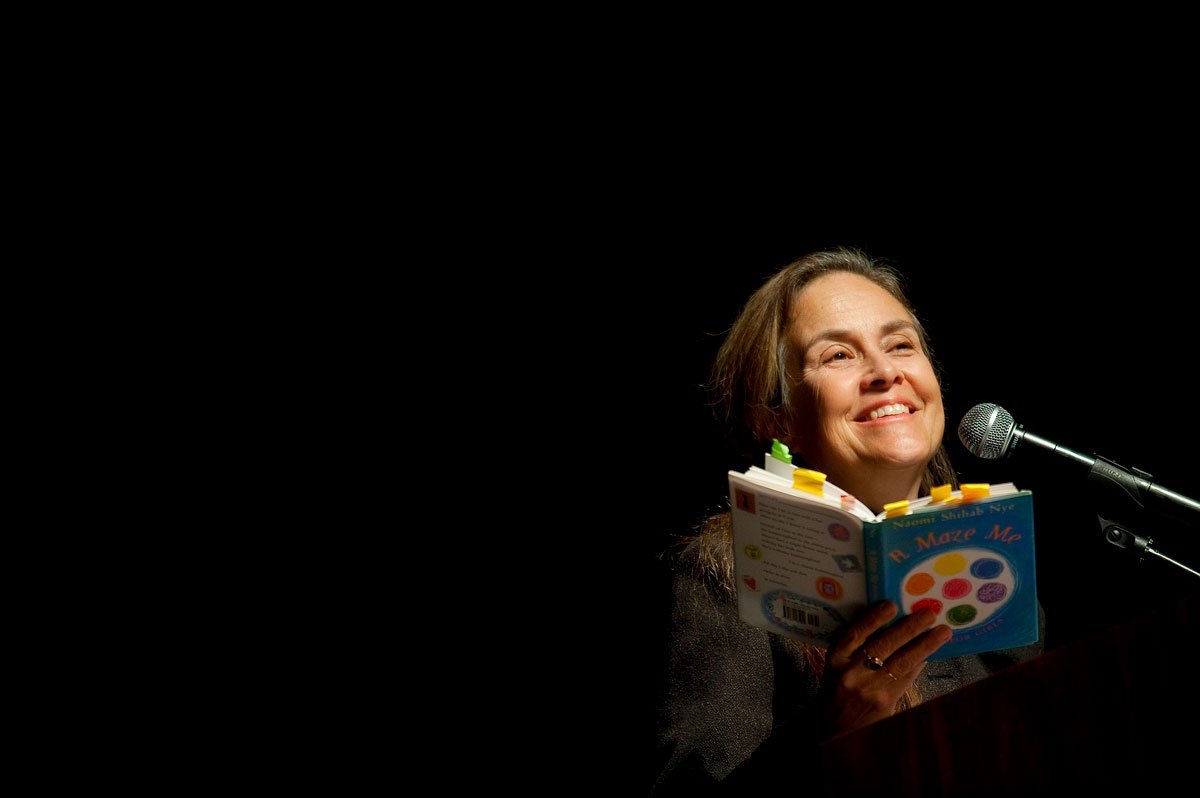 Heard on Texas Public Radio, 15 March, 2018
‘Philanthropy’ Is A Fancy Word For Giving Back To What You Love
What opportunities are available for people to give back to the San Antonio community and how can you get involved? 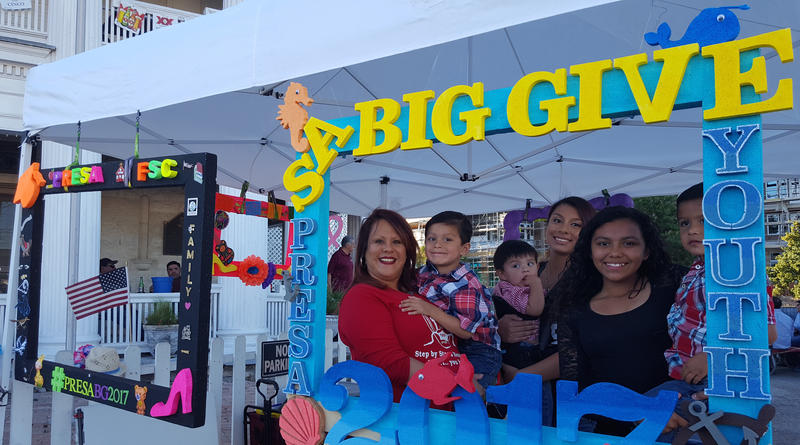 Heard on WOAI News Radio, 12 March, 2018
City Urged to Update ‘Citizens to be Heard’ Portion of Council Meetings
Sandoval says her proposals go to the City’s goal of ‘equity and inclusiveness’ by encouraging more people to speak out at Citizens to be Heard, by removing ‘language and physical barriers to participation. 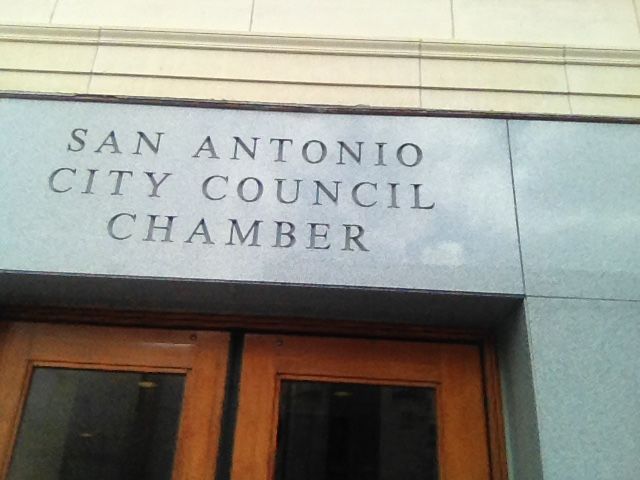 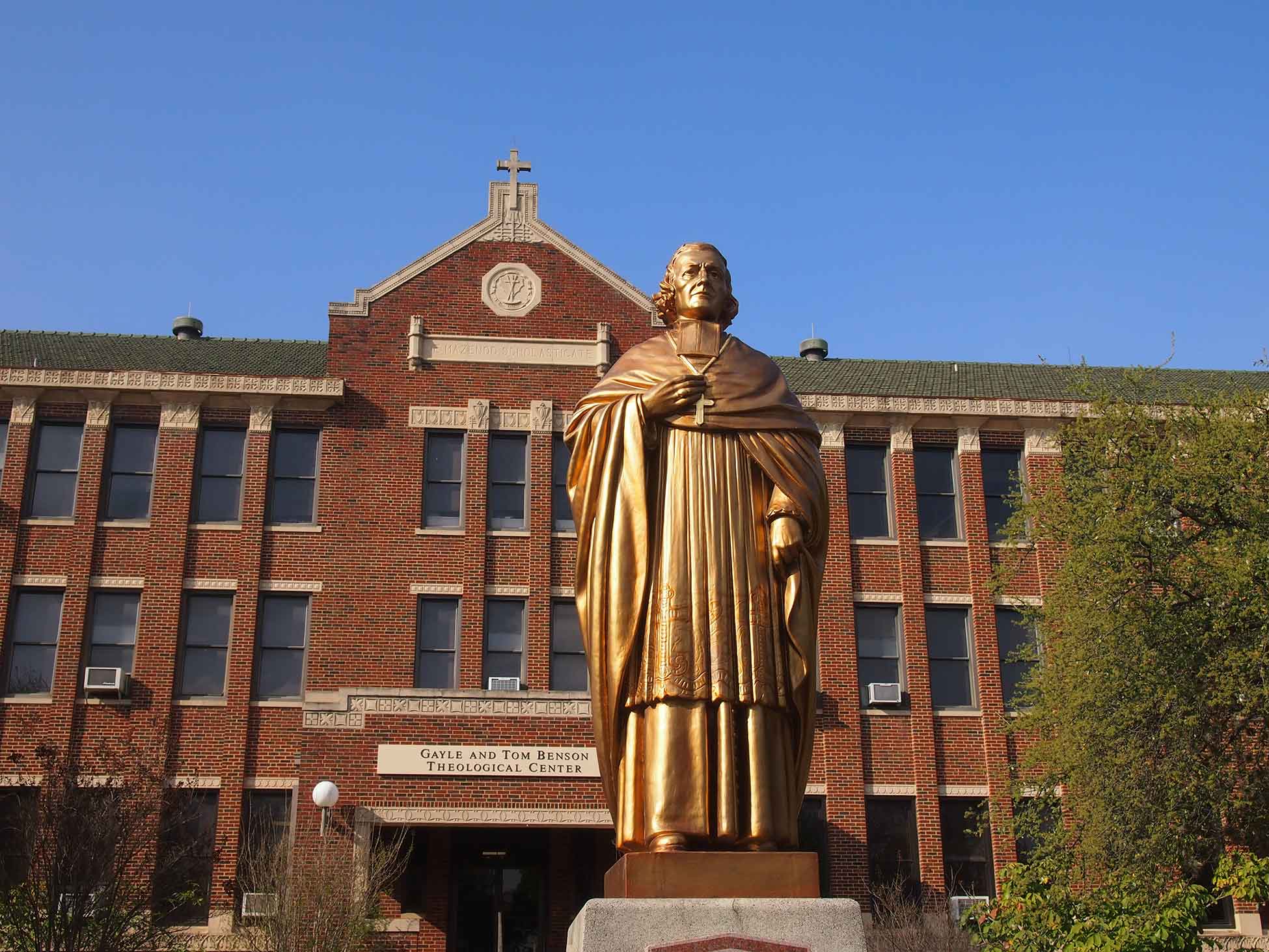 Seen on KSAT 12, 16 March, 2018
UTSA students spend spring break volunteering at children’s shelter
“When you have volunteers who are coming in and building emotional connection, social connection, built trust, friendships, mentorships, you have an opportunity where you are actually starting to heal trauma” 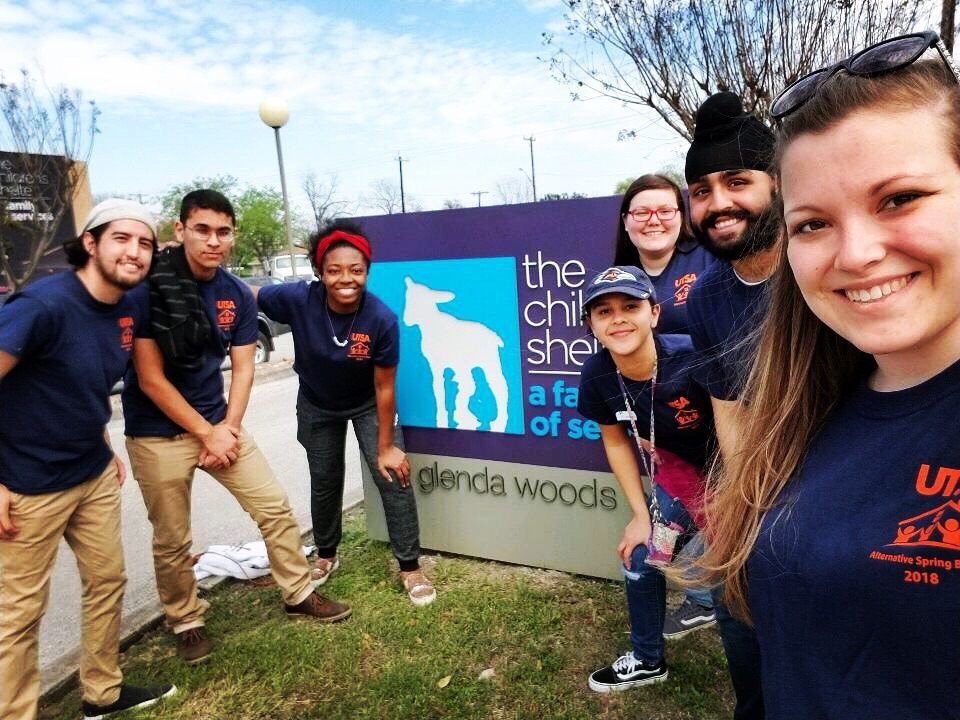 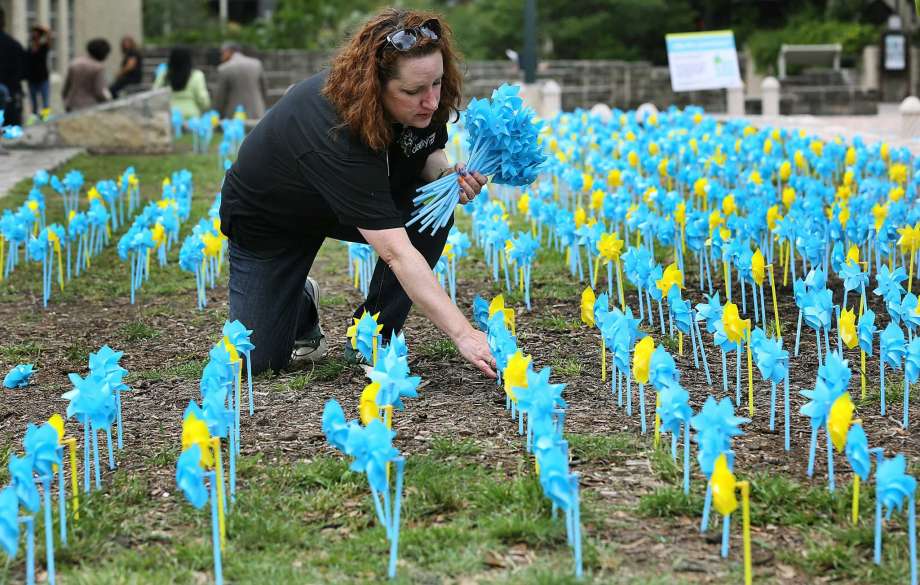 Read in the Express-News, 17 March, 2018
Order celebrates 125th year with a new book
Providing educational opportunities to students of color comparable to that of whites was Margaret Mary Healy Murphy’s greatest legacy. 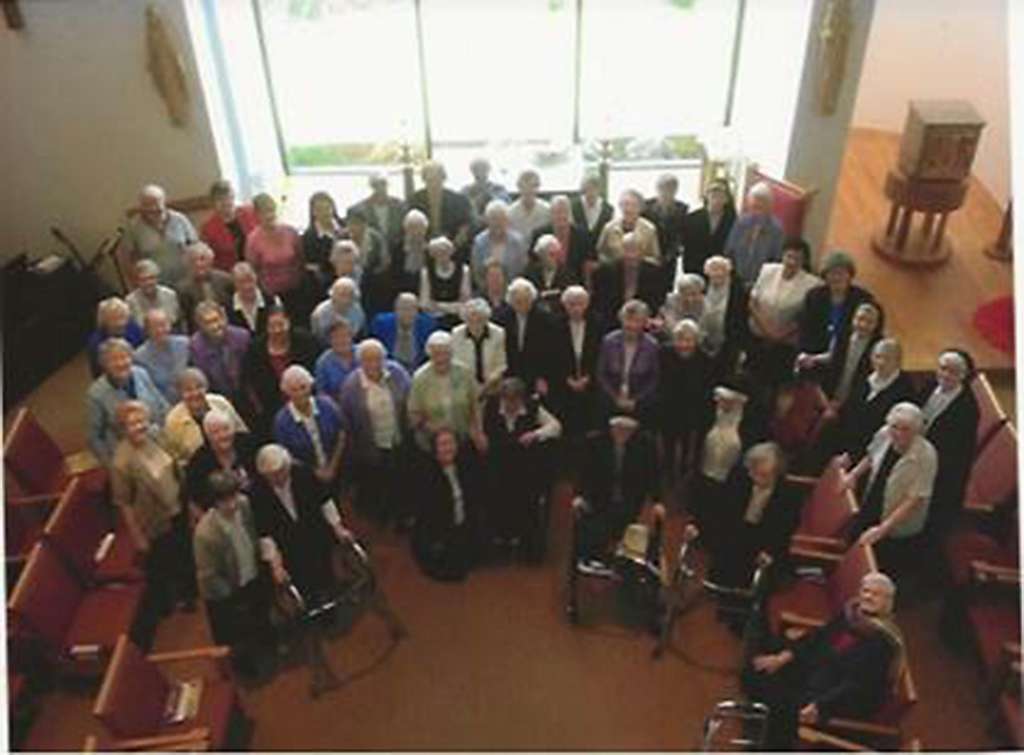 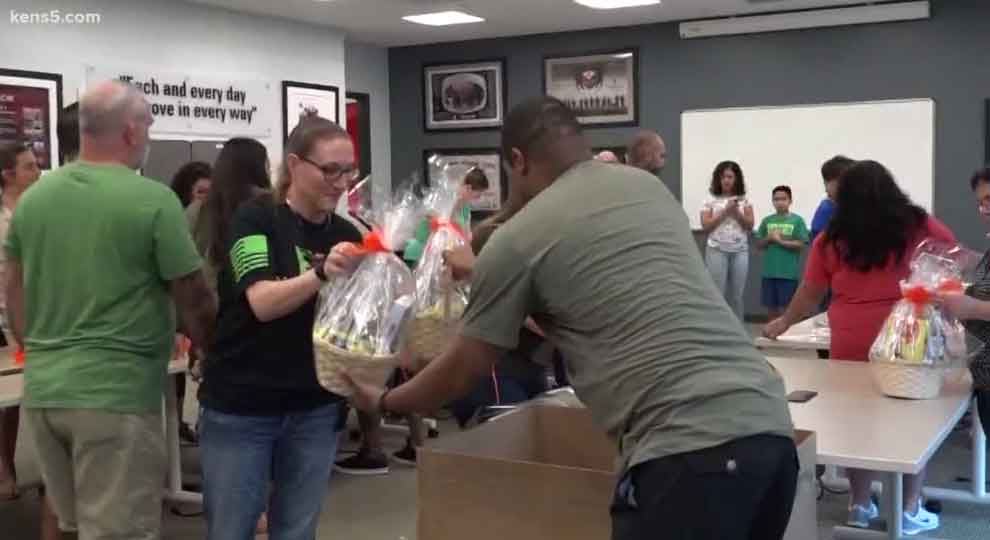 Read in the Express-News, 19 March, 2018
It’s Big Give time again
Since the Big Give began four years ago, about 150,000 donors have given nearly $15 million to more than 2,000 local and area nonprofits, making it one of the most successful giving days in the country. 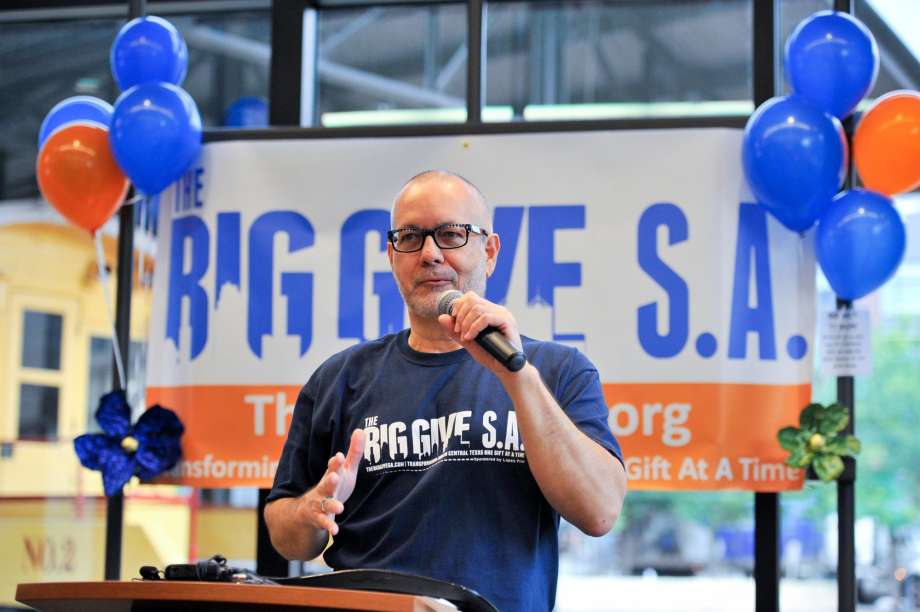 Found in the Express-News, 19 March, 2018
S.A. teachers seek to improve life for immigrant students
“These teachers are serious about making change, not just making noise.” 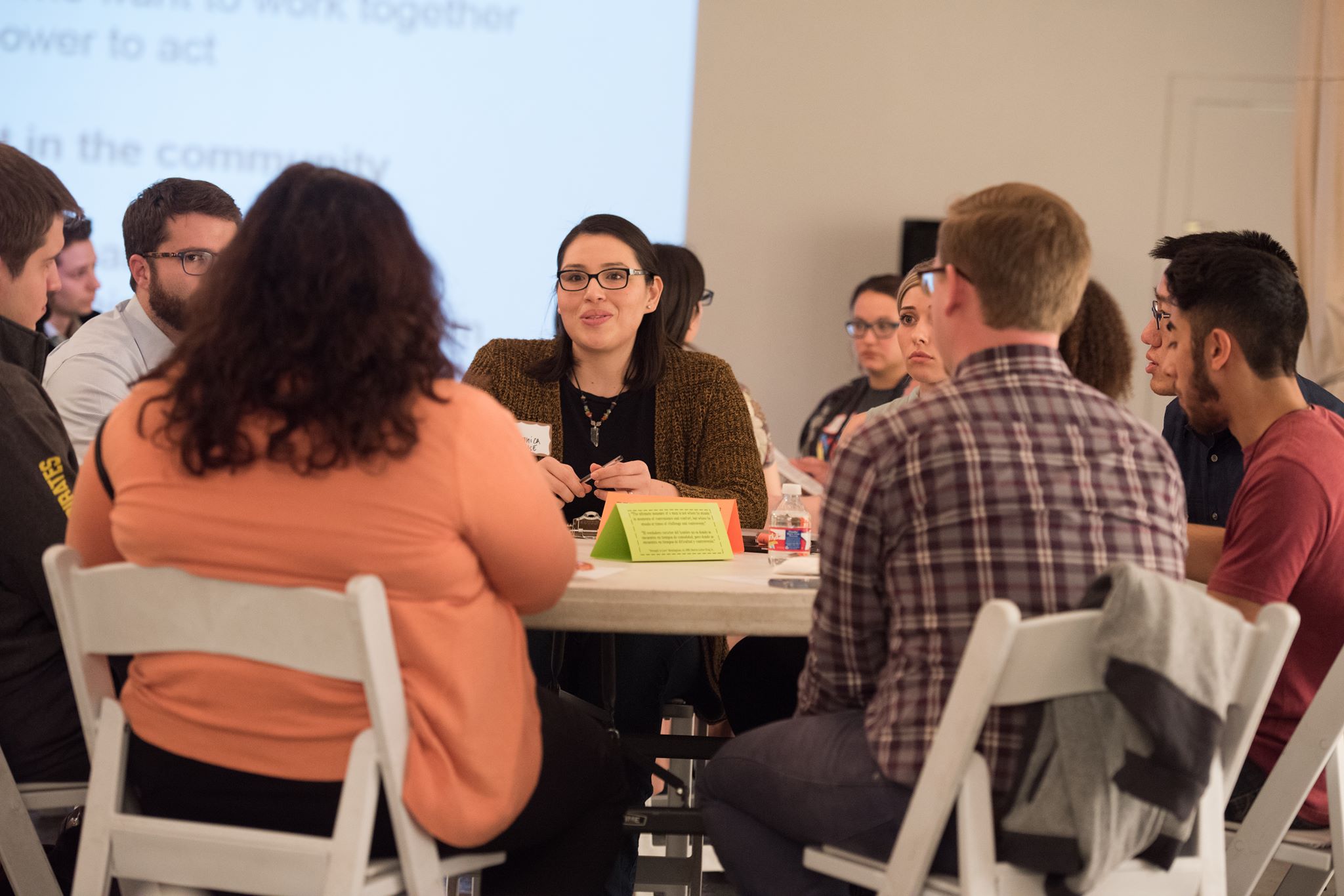 Read in the Express-News, 19 March, 2018
Applaud students for signing up for higher ed
ConnectHomeUSA in partnership with the College Board hosted a College Signing Day event to applaud students at John Jay High School committing to their post-secondary institution of choice. 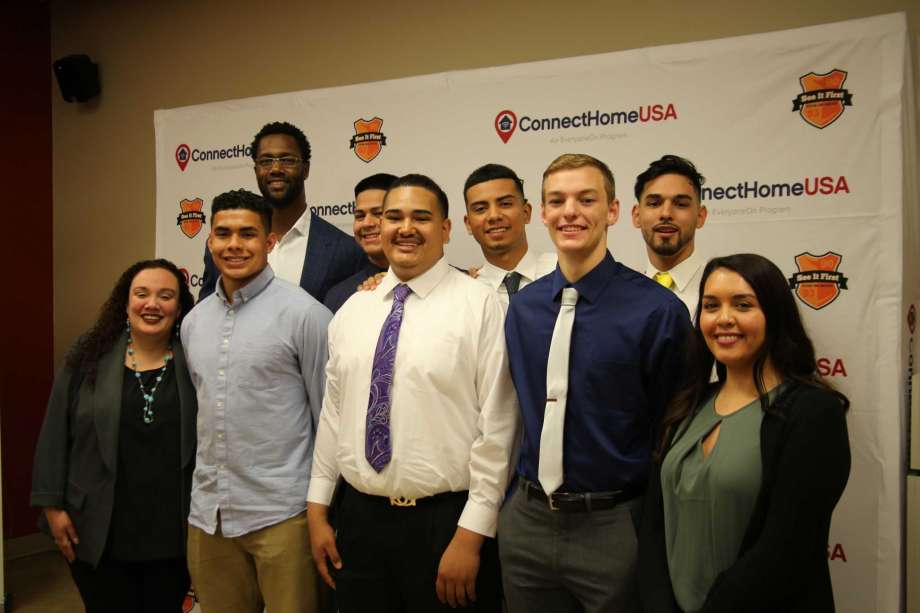 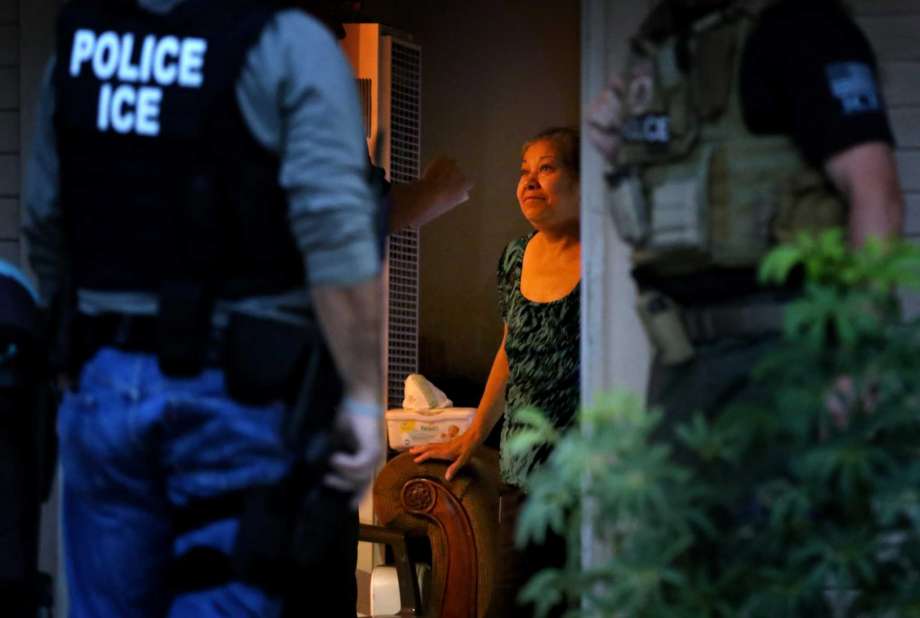 Seen on Fox 29, 20 March, 2019
Elementary teacher honored for spreading the message of love
The Jewish Federation of San Antonio has selected Lisa Barry as the first ever recipient of the Maxine Cohen Hope for Humanity Educator Award. 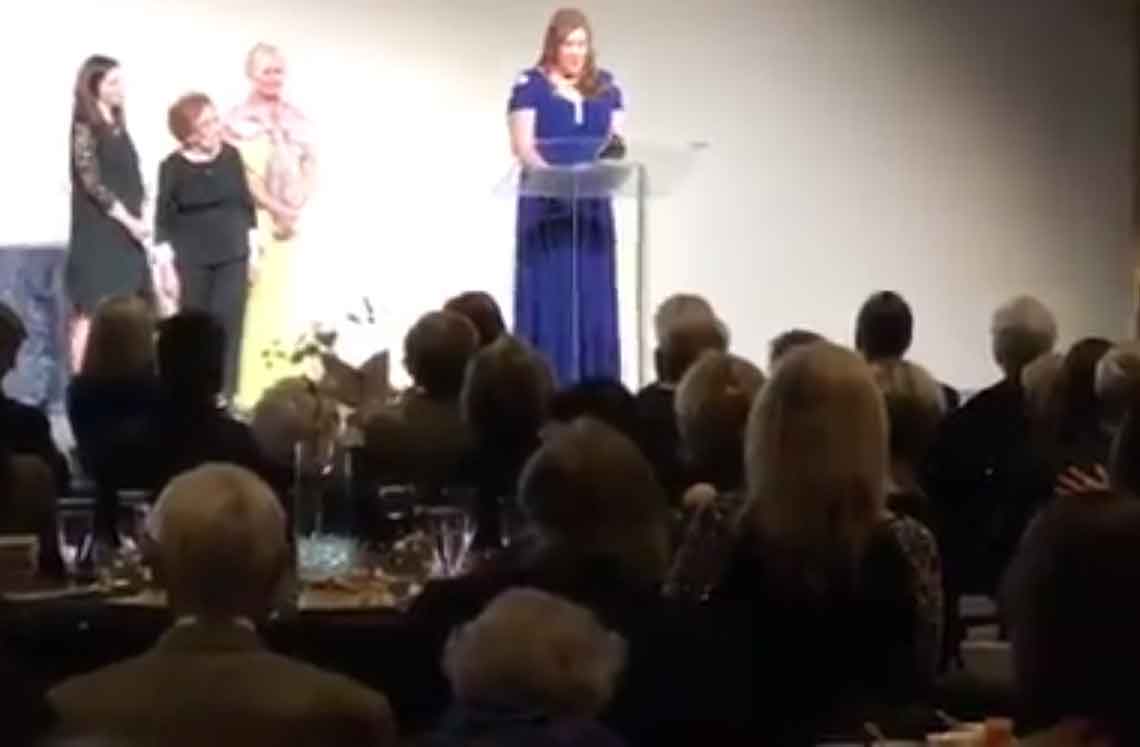 Found in the SA Business Journal, 20 March, 2018
She’s passionate about connecting people in San Antonio
Seeing an opportunity to bridge different communities in San Antonio, the firm organized a series of “Good People SA” mixers where guests get together to network and have fun in such hip places as the LaVillita arts district. 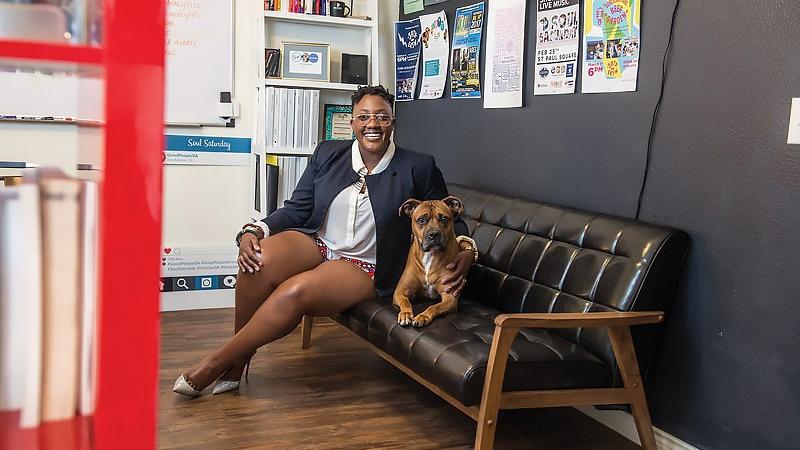 Seen on Mike Rowe’s Returning the Favor, 20 March, 2018
Ma Harper: Serving Up Second Chances
For the last 25 years, Ma has been serving up award winning gumbo to the locals as well as second chances to the formerly incarcerated. 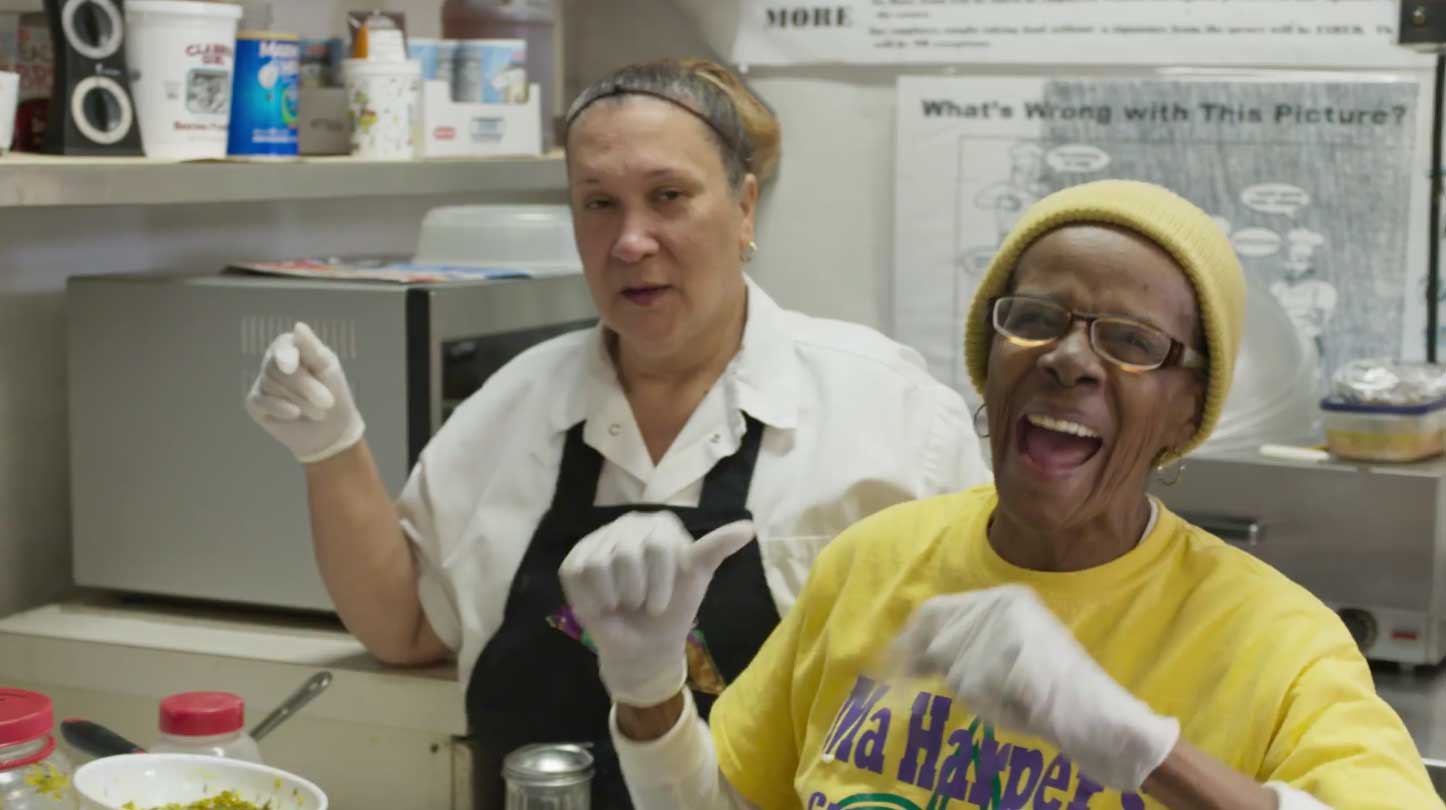 Seen in the Express-News, 20 March, 2018
Advocacy group launches San Antonio petition drive for paid sick leave
“Allowing people to not have to choose between putting food on the table and taking care of their health needs creates a better culture” in the workplace. 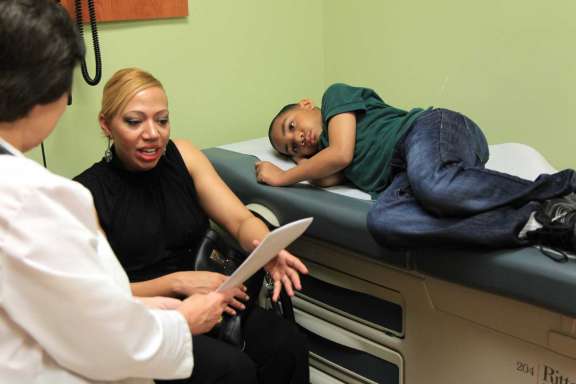 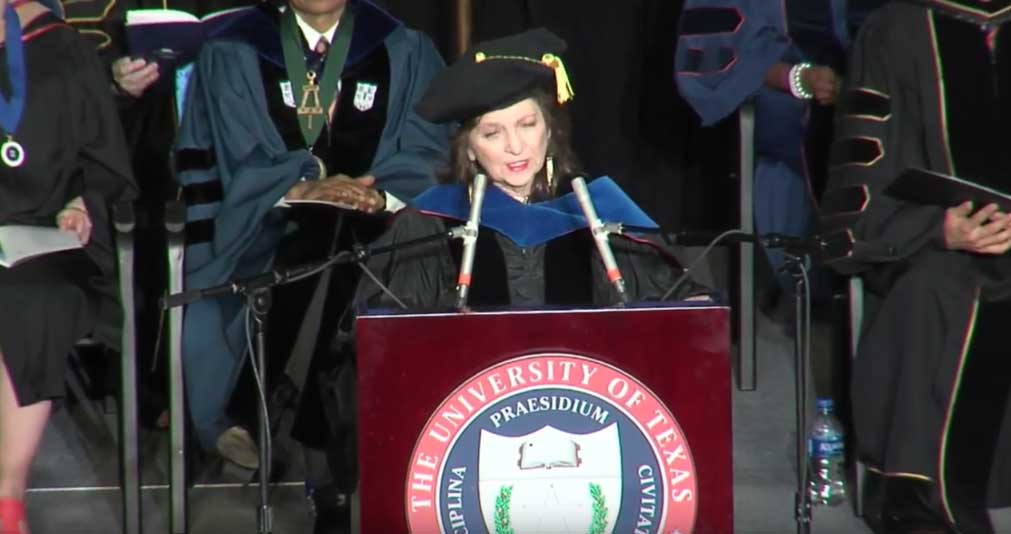 Found in the Rivard Report, 20 March, 2018
City Names Octavio Quintanilla as New Poet Laureate
“[As Poet Laureate] I am planning to do what I do now, which is promoting literacy, promoting community, and promoting poetry.” 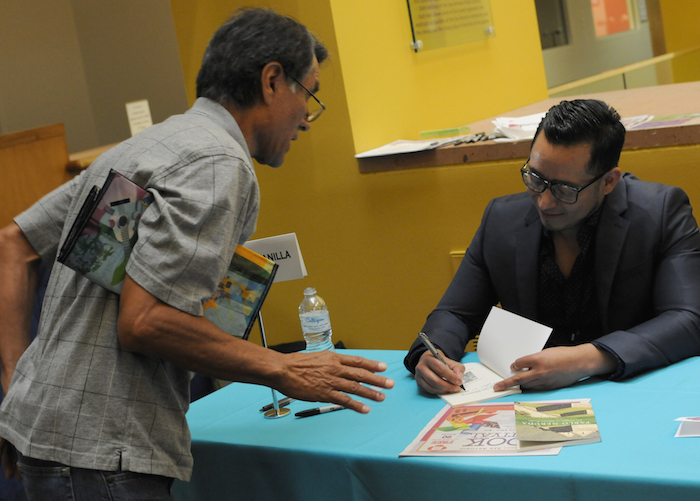 Seen on FOX 29, 21 March, 2018
George Strait to receive 2018 ‘Texan of the Year’ award Thursday
“No one has done more than George Strait to raise awareness and funds for the Hurricane Harvey relief efforts.” 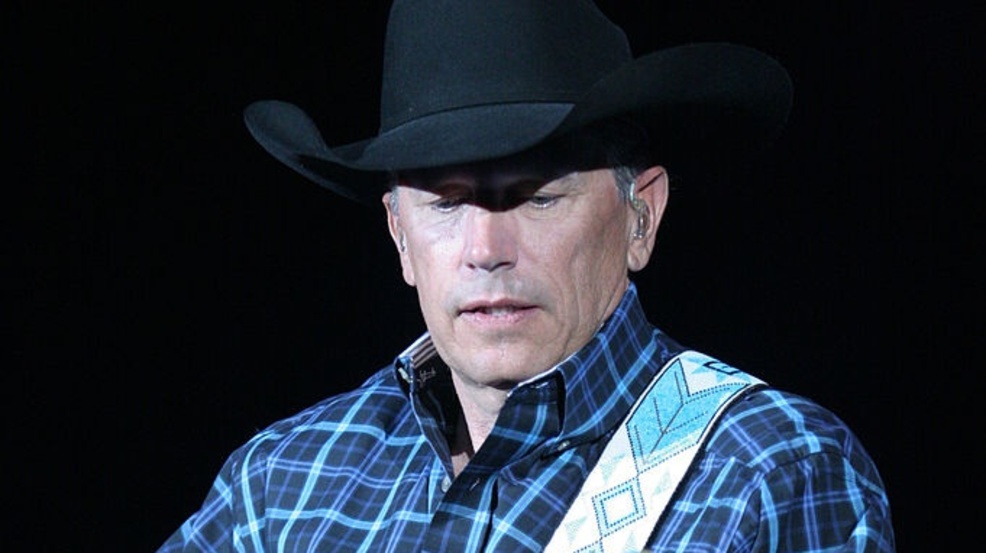 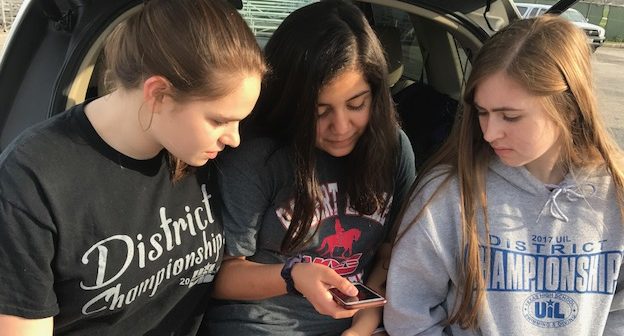 . . . . . . . is a grassroots movement that promotes, supports and celebrates San Antonio’s commitment to be a world-class compassionate city: one where the civic government, the religious and volunteer organizations, the businesses, the community and its educational institutions come together to recognize the importance and value of compassion in the life of a city and by doing so create an ethos of compassion and a safety net for its most vulnerable citizens. #compassionateSA