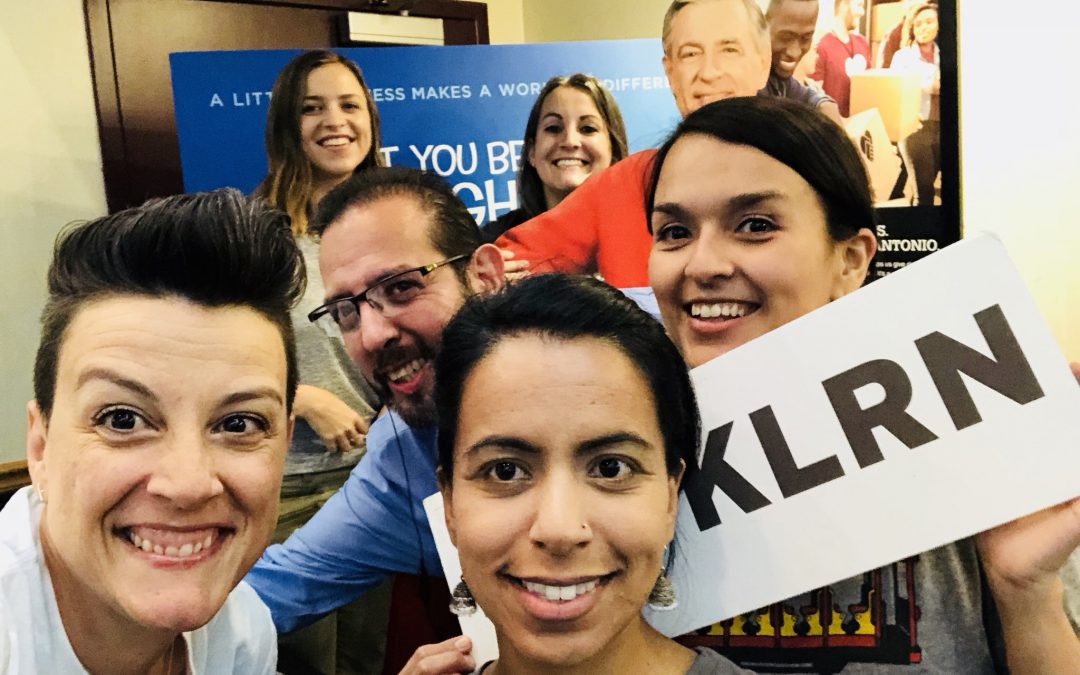 Last Friday, Santikos Entertainment, along with the SA Area Foundation, SA2020 and KLRN Public Television hosted two free showings of the new Mr. Rogers documentary, “Won’t You Be My Neighbor.” The hallway at the Bijou in Wonderland Mall was lined with tables staffed by nonprofit organizations (including Compassionate San Antonio!) helping moviegoers learn how to be a good neighbor right here. An amazing night! To discover compassionate acts as they unfold, follow us on Twitter @compassionNET1. And don’t forget to use the hashtag #compassionateSA.

Found on KENS 5, 13 June, 2018
“Hope” serves immigrants and more
Catholic Charities has a new crisis response vehicle that will help people in need.

Found on KSAT 12, 13 June, 2018
East Side church members escape crime-ridden lives, pull others out of bad situations
“We go right back out on the streets … so they can see hope,’ congregant says. 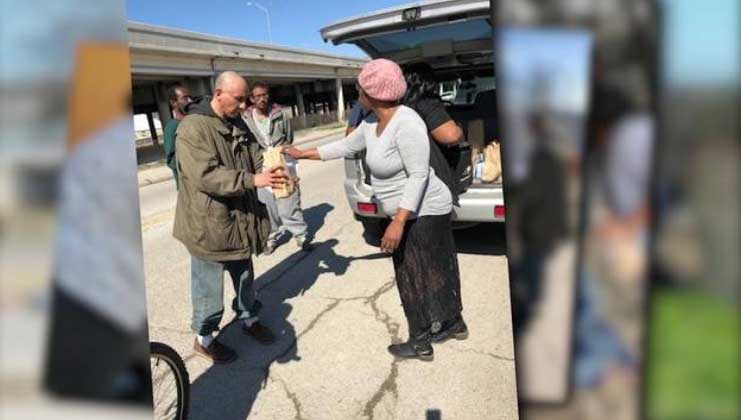 Found on KSAT 12, 15 June, 2018
SA Muslims celebrate end of Ramadan with citywide prayer ceremony
Thousands of Muslims from five mosques in SA gather for celebration; Omar Husain said he hopes the event sends a message of unity and inclusion to San Antonio. 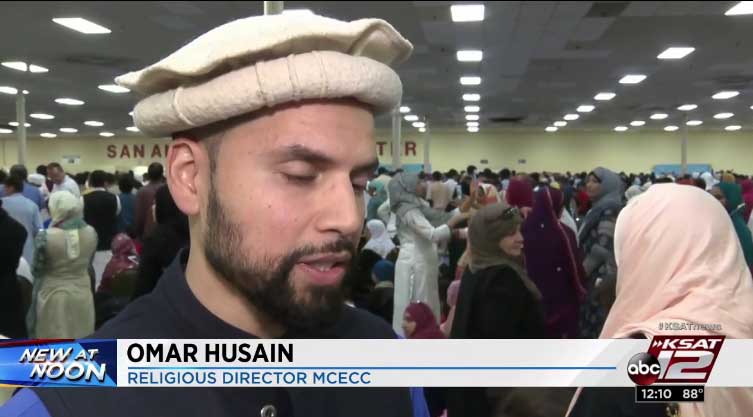 Seen on KSAT 12, 15 June, 2018
Transportation industry experts share ways to make SA roads safer
150 people attend first Vision Zero Summit. Councilwoman Gonzalez: “The decisions that we make every day have an impact on our lives and all of the lives around us.” 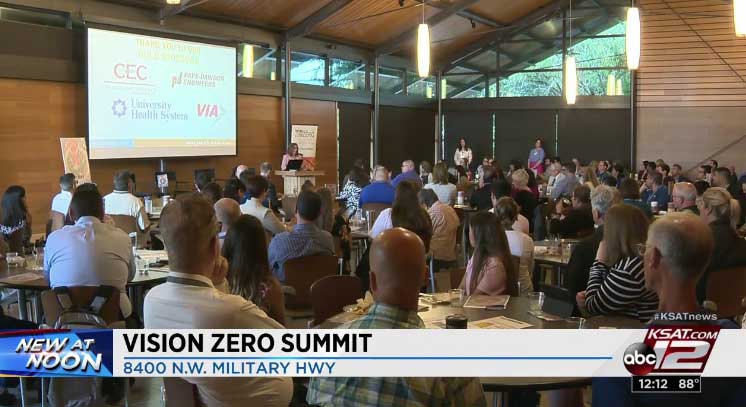 Found in the San Antonio Current, 15 June, 2018
Catholic Charities’ Event Showcases Art by Refugee Artists in San Antonio
Event offers seldom-available insight into the internal life of refugees who are, after all, just like the rest of us: with hopes, longings, fears and a unique imagination that helps them cope with the painful and confusing world. 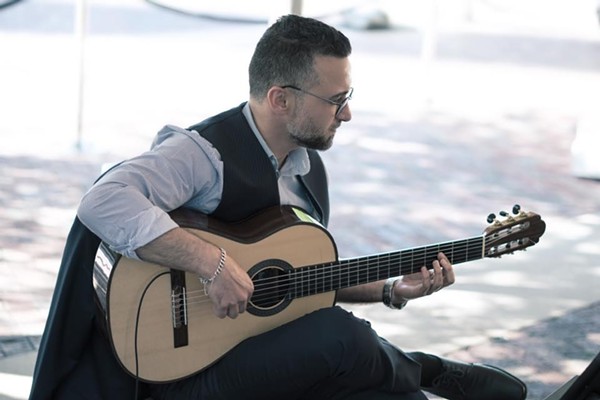 Heard on Texas Public Radio, 15 June, 2018
Fronteras Extra: Creating A Generation Of Children ‘Whose Emotions Matter’
“If we have a generation (of children) who’s finally listened to, and whose emotions matter, there’s going to be an incredible amount of creativity coming out of that baby.” 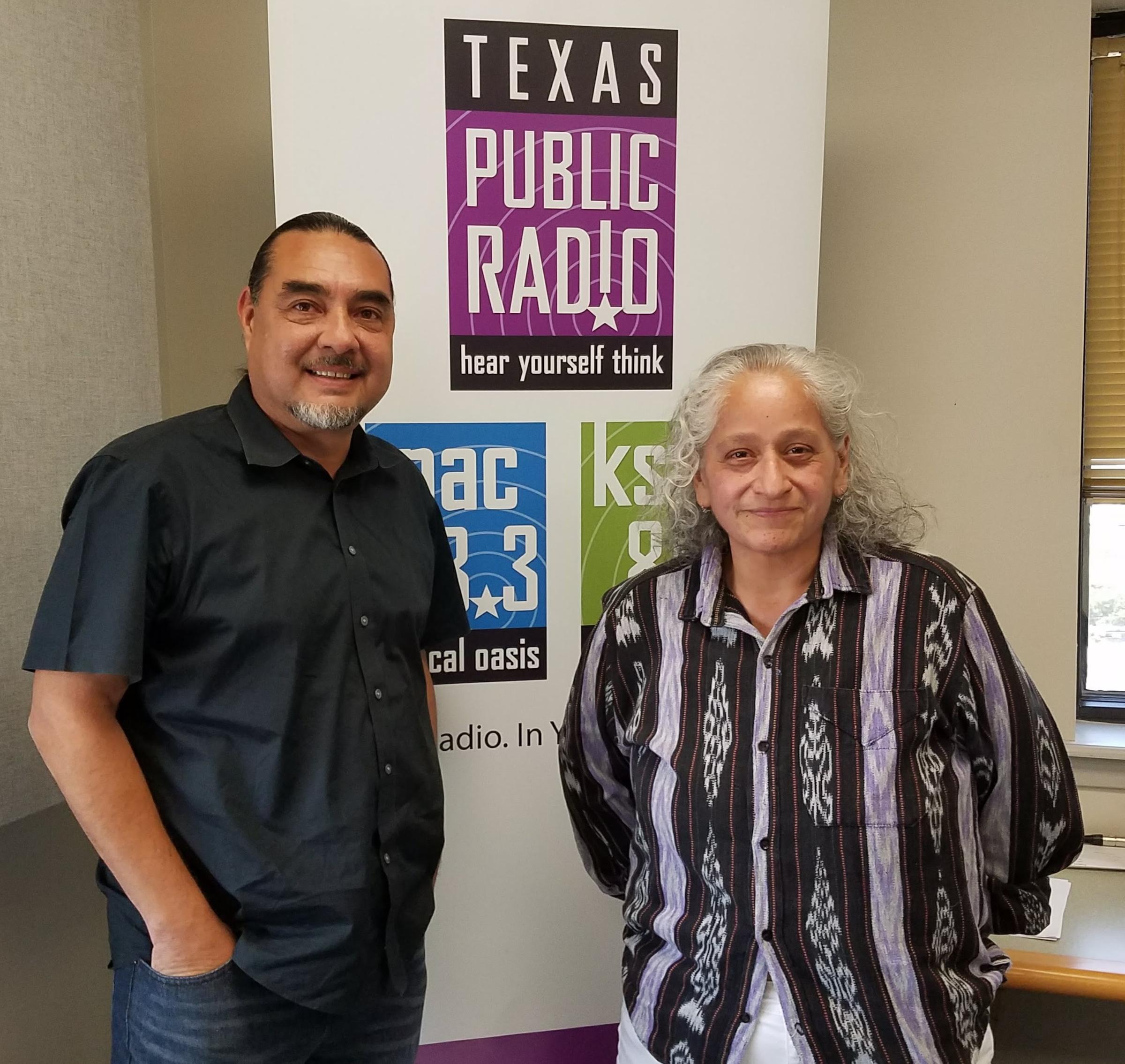 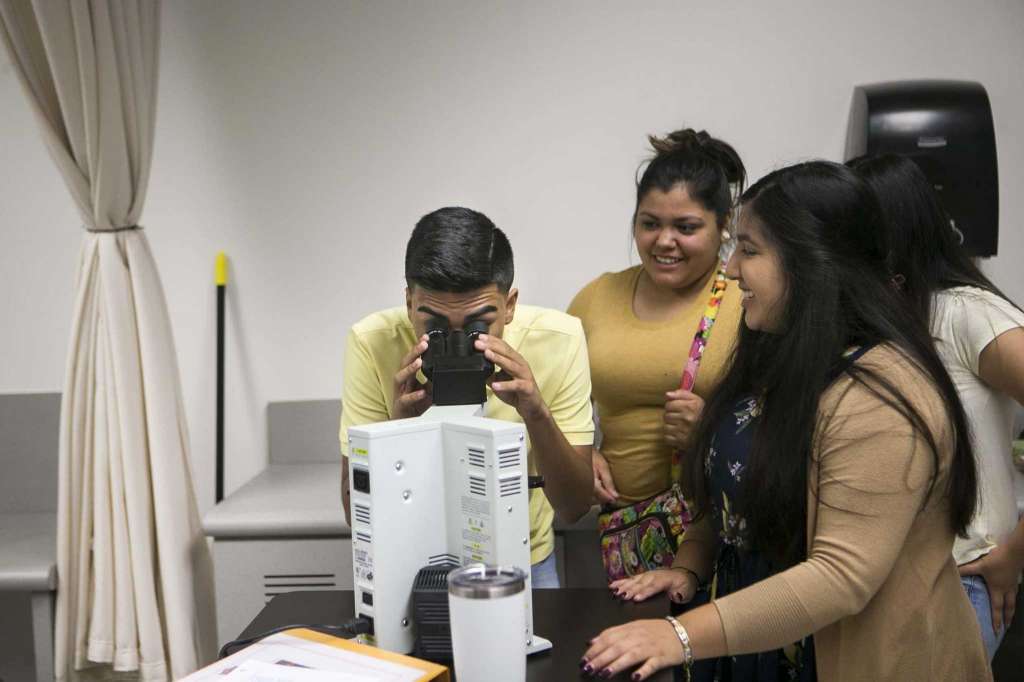 Read in the San Antonio Current, 15 June, 2018
Fast-A-Thon Expects to Raise at Least $15,000 for MOVE Texas
“This is a beautiful act of civic engagement, to come together with a community that you wouldn’t otherwise be in contact with and getting to know people over a meal.” 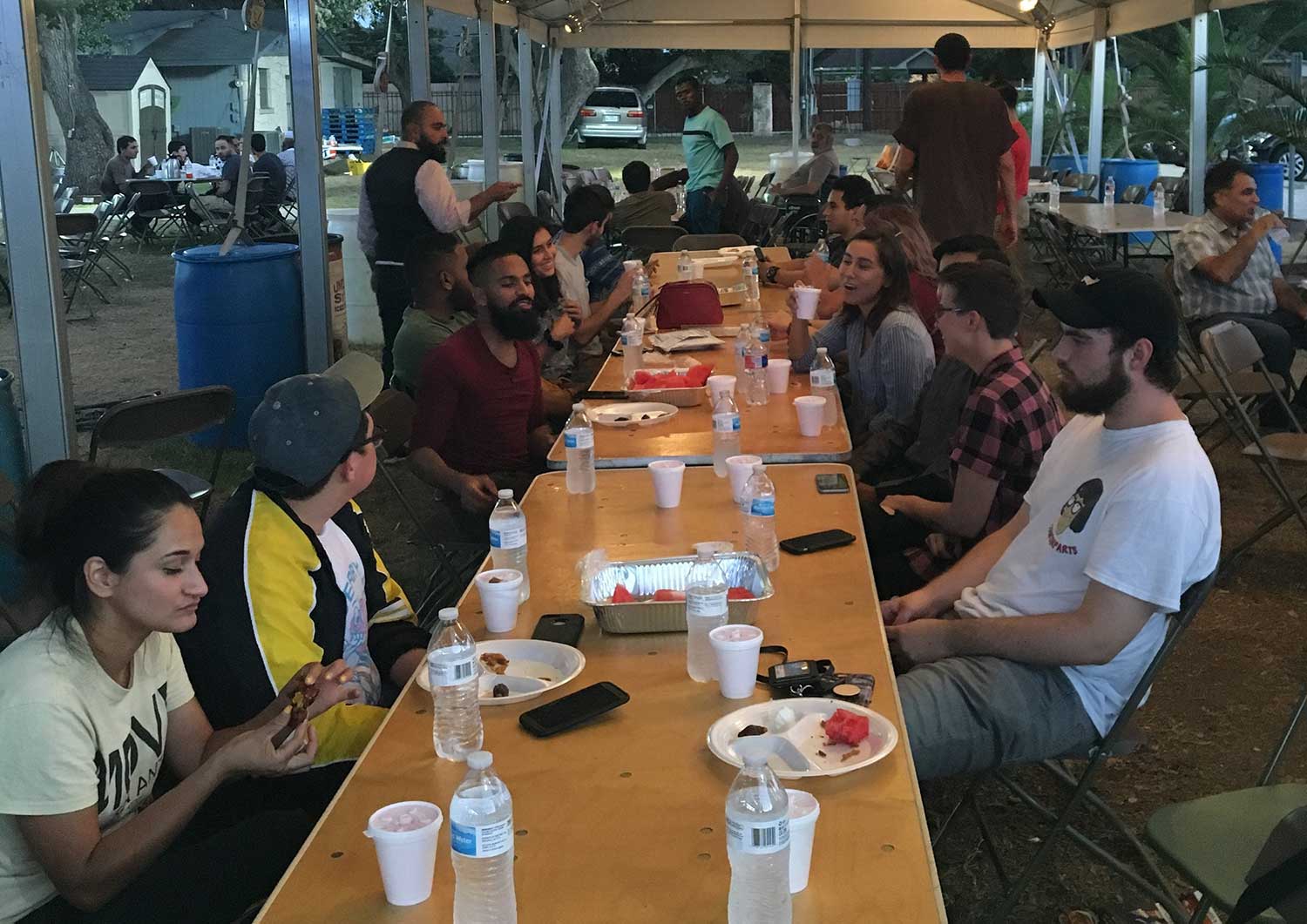 Read in the Rivard Report, 17 June, 2018
A Father to Generations of Westside Youth
Gonzales is the grownup kids love to be around, affable, approachable, more down-to-earth than a pair of old sneakers. Teens look up to him, college students admire him, young adults want to emulate him. 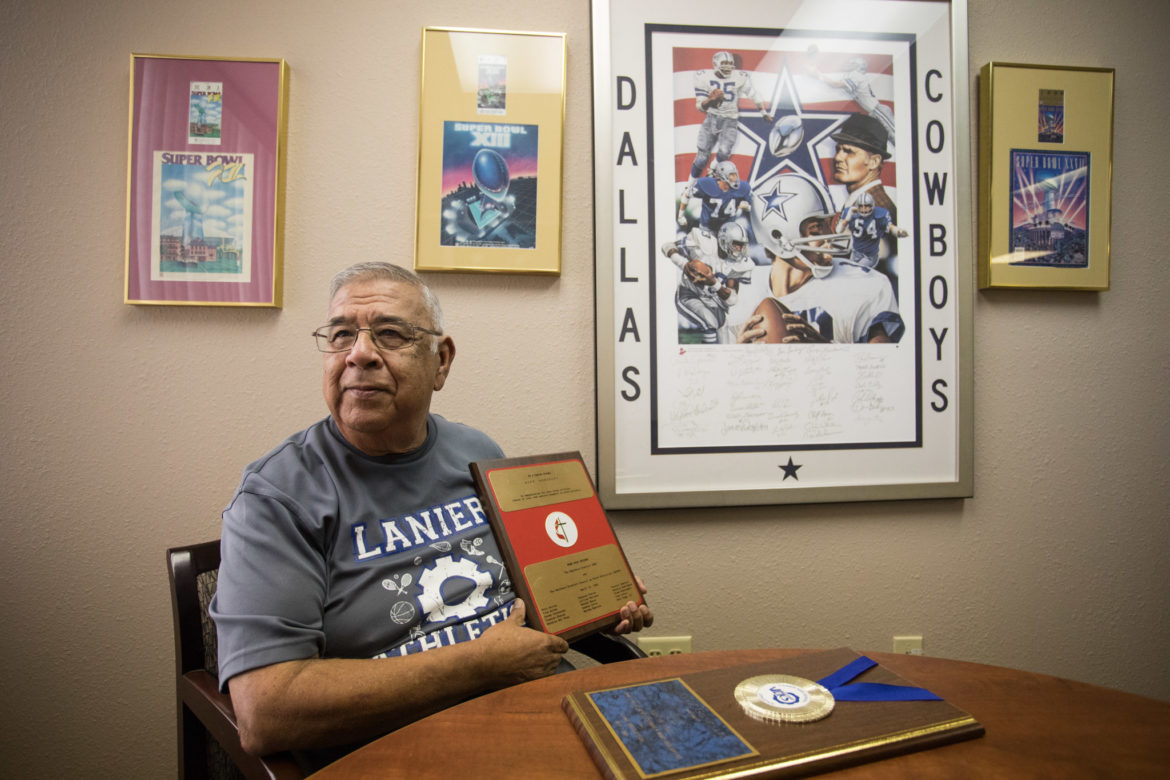 Found in the Express-News, 17 June, 2018
Erasing HIV/AIDS stigma
AtticRep project gets audience in on the act to foster compassion, understanding. 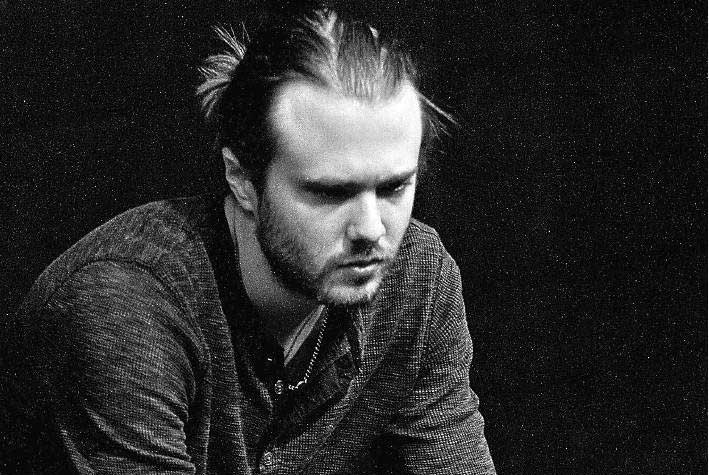 Found in the Express-News Faith section, 17 June, 2018
Support the poor and the outcast on Refugee Day
Archbishop Gustavo: “As a nation, we have the right and responsibility to control our border and enforce immigration law. But we must do so with compassion and care and not fear or hate.” 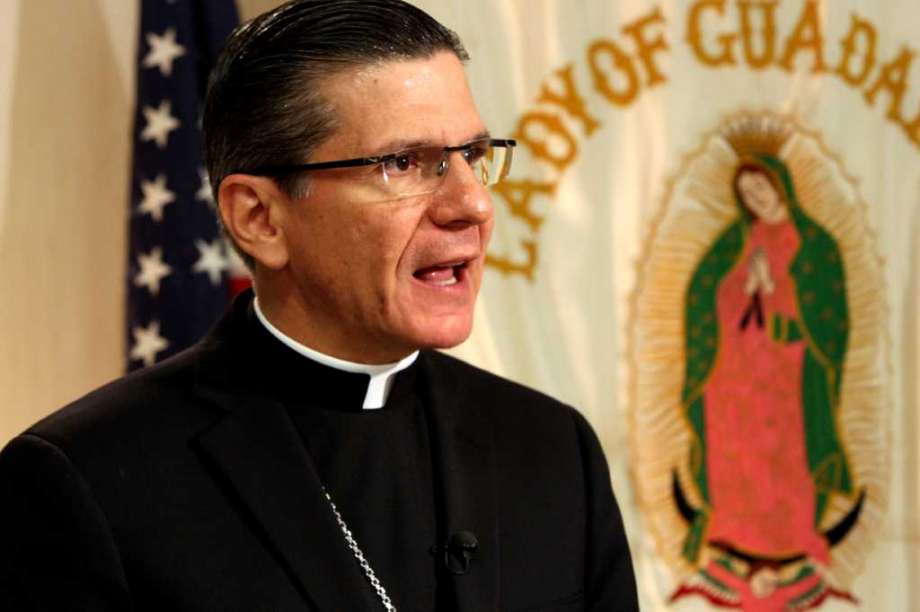 Found in the Express-News JBSA “Legacy” special publication, 17 June, 2018
S.A. recruiters, future Sailors give back to community
The volunteers filled 575 bags of produce and sorted 19,447 pounds of food which will provide 15,558 meals.

Found in the Express-News, 17 June, 2018
Basketball camp teaches tradition, unites cultures in San Antonio
“I wanted to use basketball . . . to break some of these divides in order to bring some of these kids and coaches back to our community to see how we do things here.” 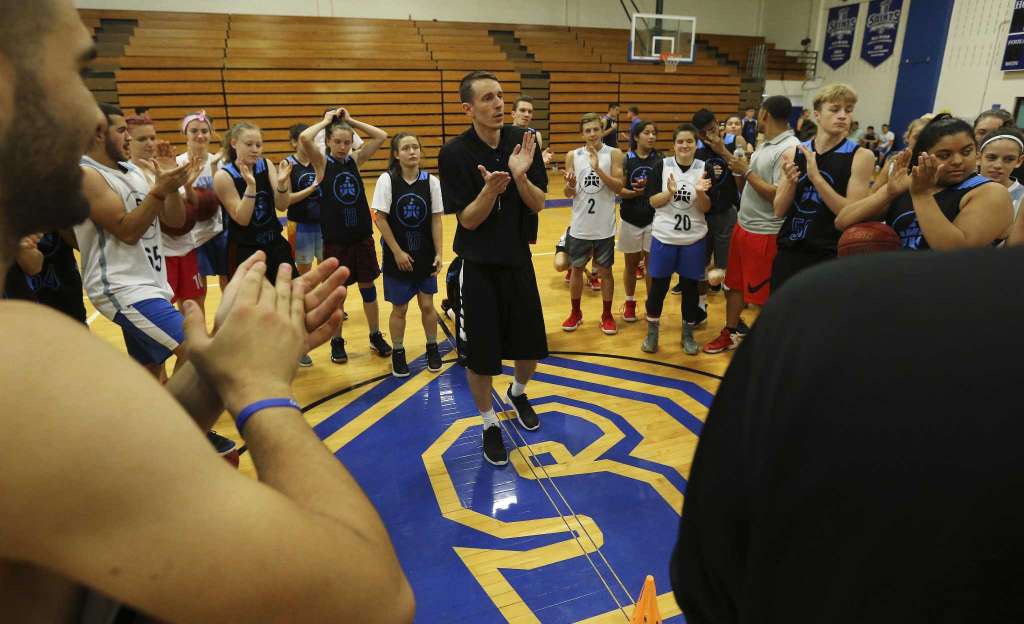 Seen on CNN, 18 June, 2018
$4,000 a minute pours in to help reunite separated immigrant families
RAICES: “There are terrible things happening in the world. And there are many people who are deciding not to look away but to do something.”

Also read in the Express-News, 19 June, 2018
Donations to S.A. immigrant legal aid group reach millions of dollars
“We’ve rapidly reached out to other organizations doing complementary work in Texas to set up a network to cover all the federal courts, develop a database with all separated families, and a pro bono referral network to ensure representation for every family.”

Also seen on KENS 5, 19 June, 2018
RAICES to receive more than $5 million from fundraiser
The biggest fundraiser in Facebook history will benefit a Texas non-profit now helping families split up by the Justice Department’s zero tolerance policy. 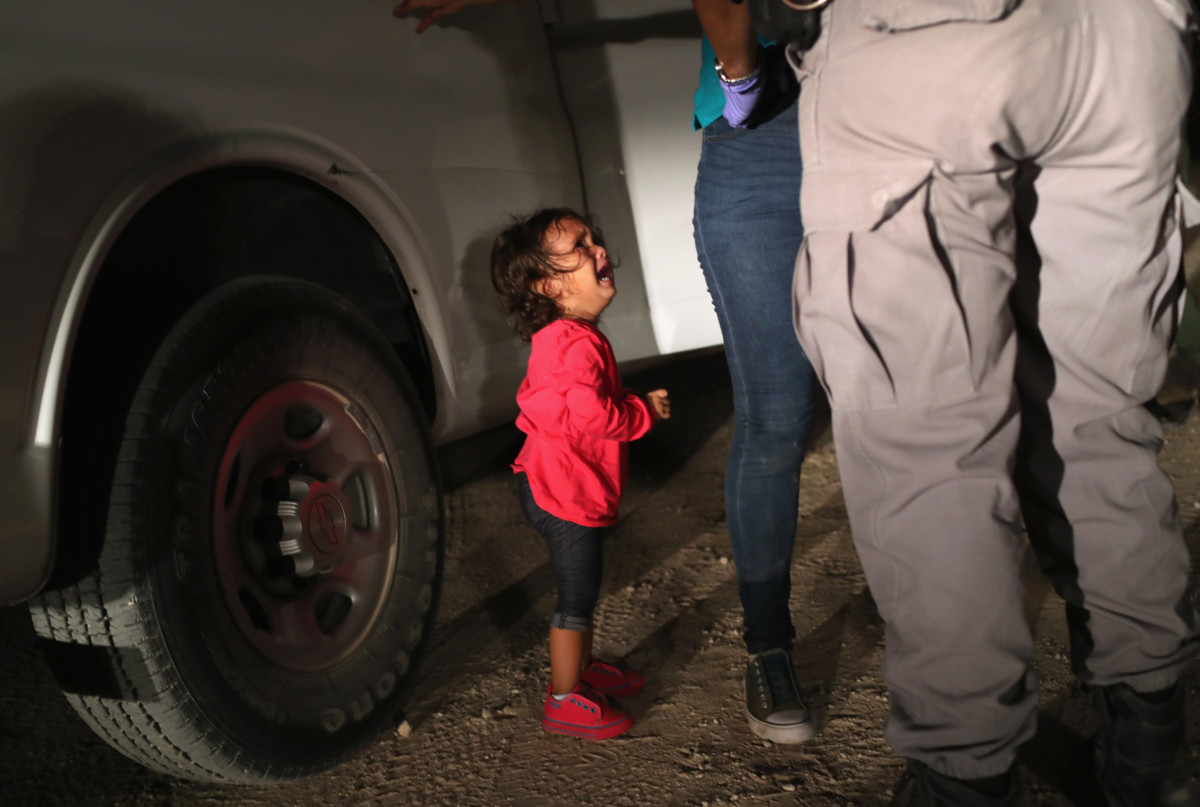 Heard on WOAI News Radio, 19 June, 2018
S.A. Archbishop Speaks Out on Border Child Separations
“Take care of one another, no matter the person’s color or the way of life,” he says the bible teaches. “If they are suffering, we need to bring some sort of comfort.”

Also seen on NOWCastSA, 19 June, 2018
San Antonio Archbishop calls separation of families immoral, evil and sinful
“The problems we face in our community and our nation can only be overcome and solved through coming together to collaborate as neighbors, indeed as sisters and brothers, children of the one God.”

Seen on News4SA, 18 June, 2018
San Antonio’s Silent Crisis: Affordable housing options adding to homeless population
“We have people living at Haven right now that were in an apartment that were priced out,” said Haven for Hope CEO Kenny Wilson. 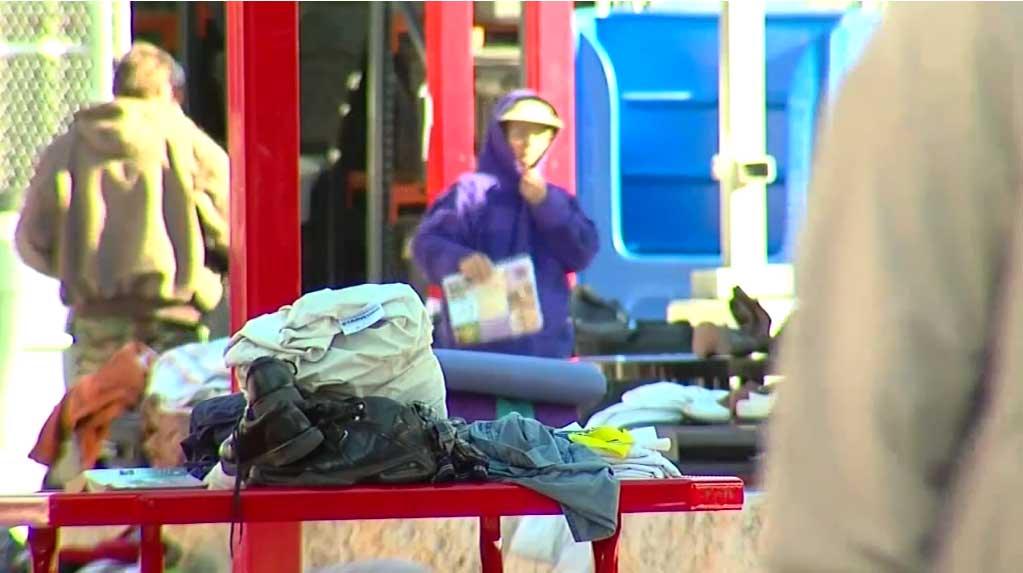 Seen on KSAT 12, 19 June, 2018
SAHA hopes to provide Wi-Fi for Section 8 residents
SAHA created a device called Smarti, a solar-powered light pole that provides Wi-Fi connectivity for up to 25 users at the same time. 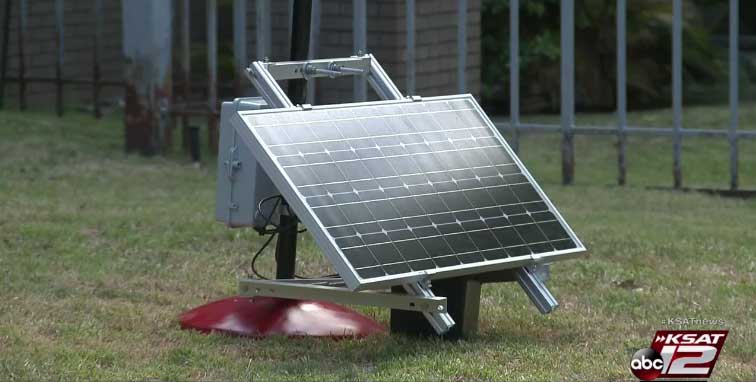 Seen on Spectrum News, June 19, 2018
Texas pastor travels to border hoping to end family separation
The SA Mennonite Church is busy, offering refugees basic resources like food, water, shelter and legal aid. Pastor John Garland is forging a coalition of churches together, in light of what he is witnessing on the border. 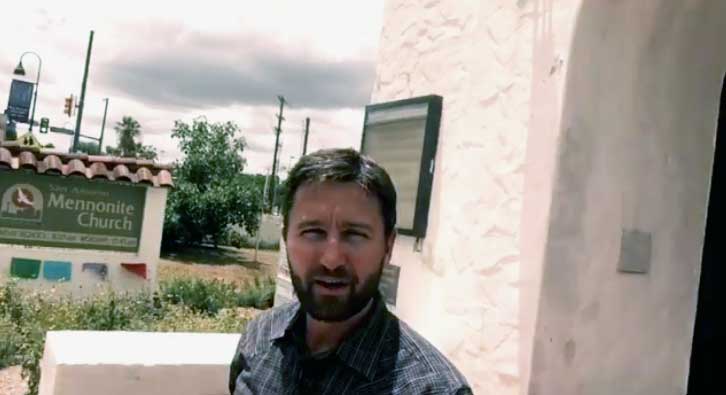 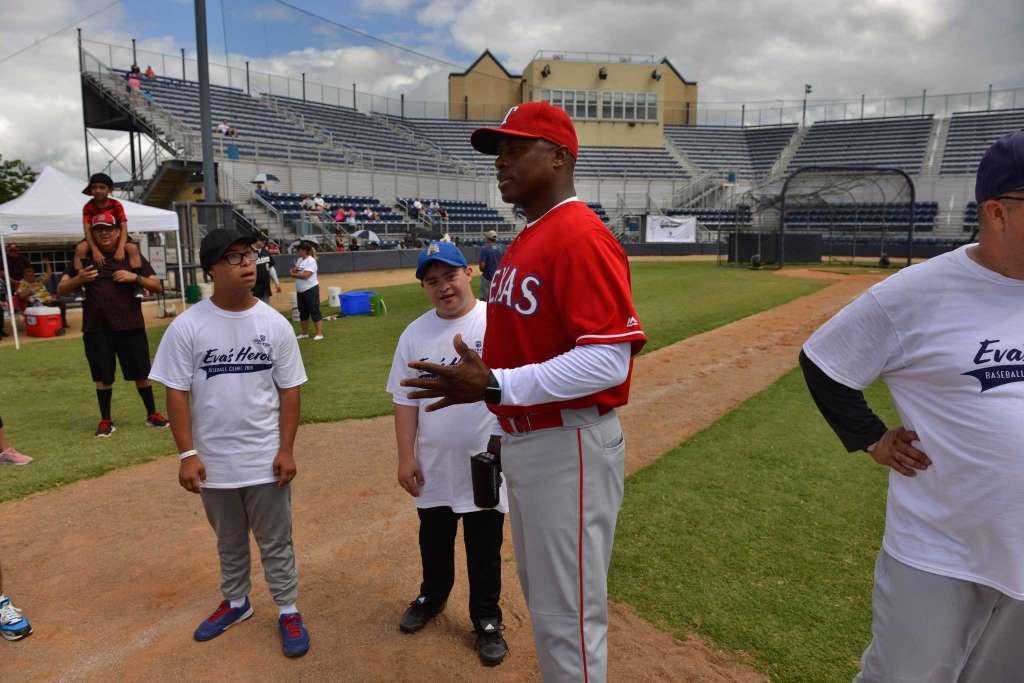 Seen on News4SA, 19 June, 2018
Bill could freeze property taxes of longtime homeowners
“No one should suffer the indignity of being taxed out of a house they own,” District 123 State Rep. Diego Bernal said. 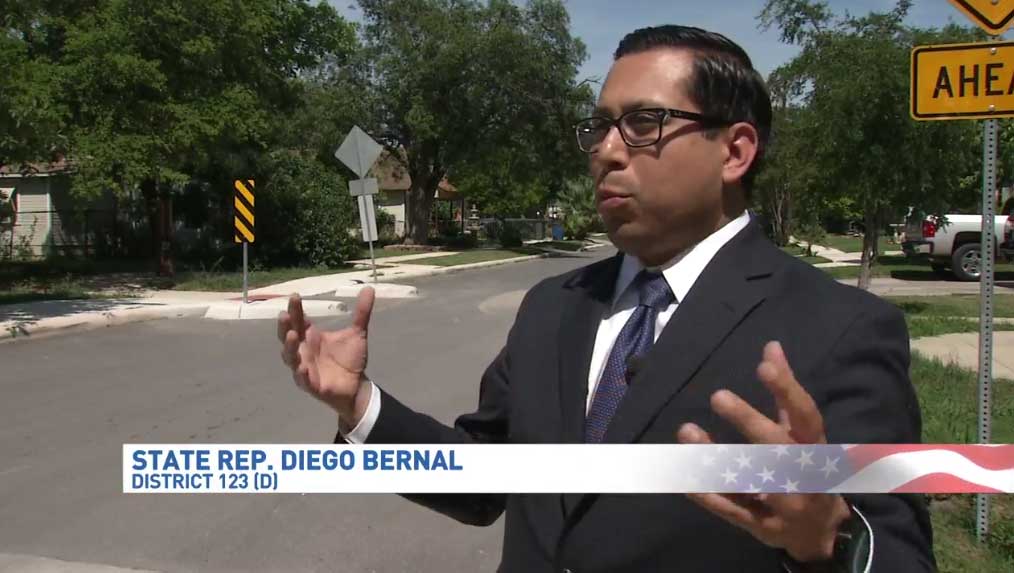