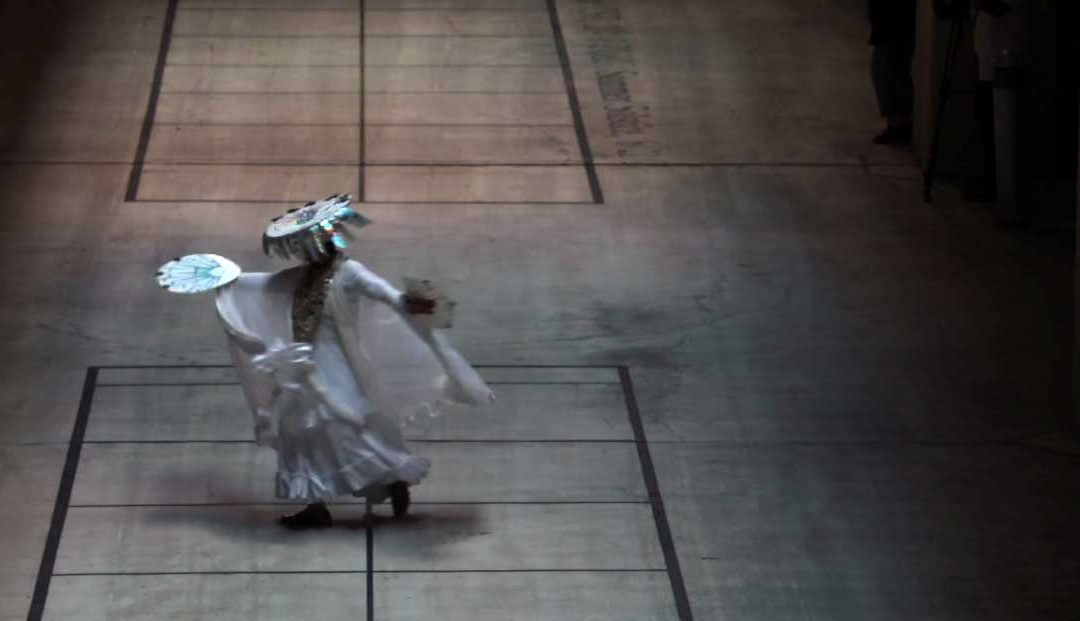 Every year for 17 years Catherine Cisneros of Urban15 has danced in the breezeway of the long-term parking garage in the San Antonio airport on the Summer Solstice, when, by design, the red, blue and green glass panels of the ceiling perfectly align with the grid on the floor. “We are humans for so long, then the planet’s still here, the sun is still here, and a piece like this makes you feel how small we really are,” Cisneros told the Rivard Report. Every Wednesday we publish this compassionate news roundup. If you want to see the news as it happens, follow us on Twitter @compassionNET1. And don’t forget to use the hashtag #compassionateSA!

Found in the Rivard Report, 20 June, 2018
Millions in Donations to Help RAICES Expand Legal Services for Separated Immigrant Families
“When we all come together in community efforts like this, we can find an antidote to the feelings of helplessness.”

Also found in TIME Magazine, 22 June, 2018
This Nonprofit Just Got $18 Million to Help Immigrants Detained at the Border — But It’s Still Not Enough
RAICES has been overwhelmed with people wanting to volunteer, but it does not have the capacity to train them at the moment. The Facebook fundraiser will allow them to take advantage of the flood of volunteers, too. 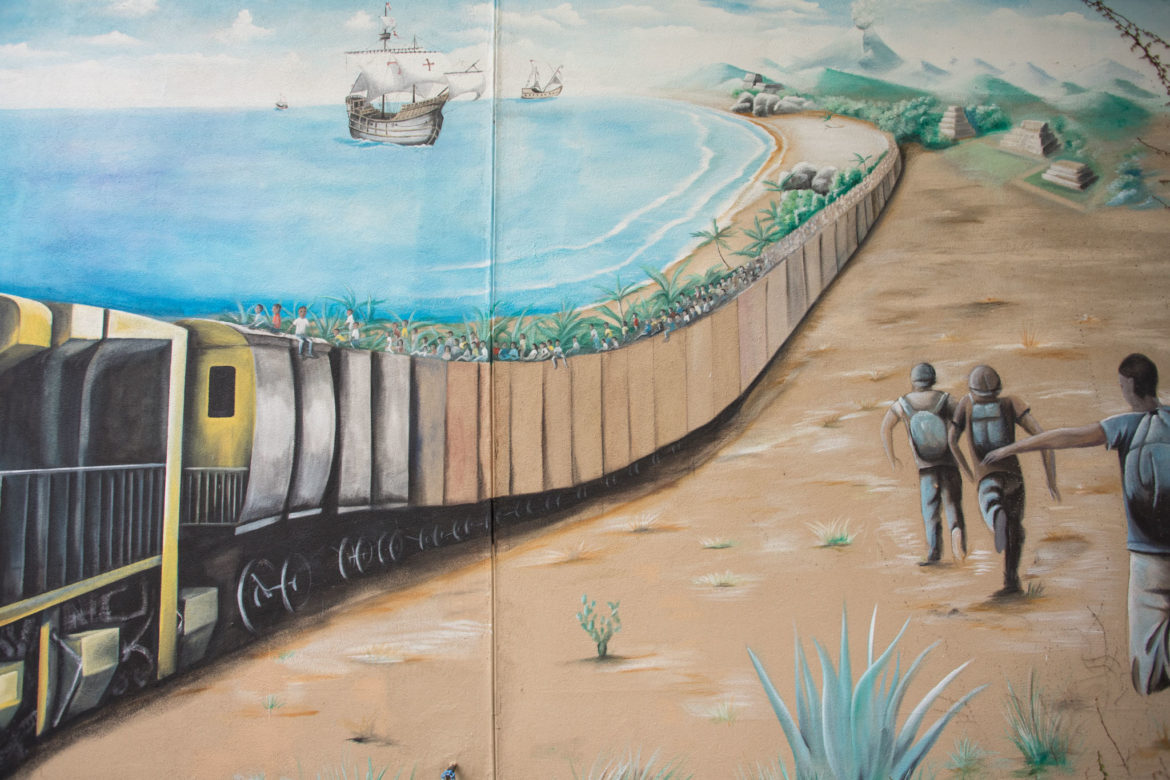 Found in the Express-News, 21 June, 2018
New citizens in S.A. naturalized on World Refugee Day
Seven of the new Americans hailed from Iraq, and two from Iran. The rest were from Kosovo, Sudan, Burundi, Ethiopia, Nepal, Cambodia, Somalia, Congo, Burma, Eritrea and China. 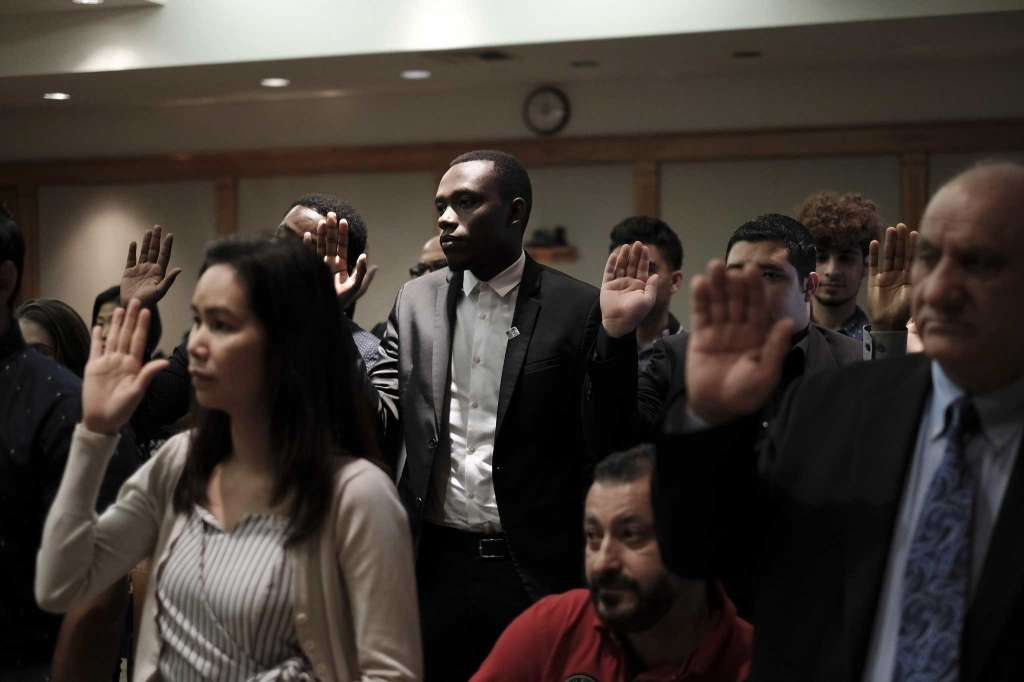 Found in the Rivard Report, 21 June, 2018
Housing Task Force Recommends Sweeping Changes to Alleviate Market, Policy Shortfalls
The task force recommends focusing on building and incentivizing efforts to create housing for people who make less than 60 percent of the average median income – or less than $30,000 per year. 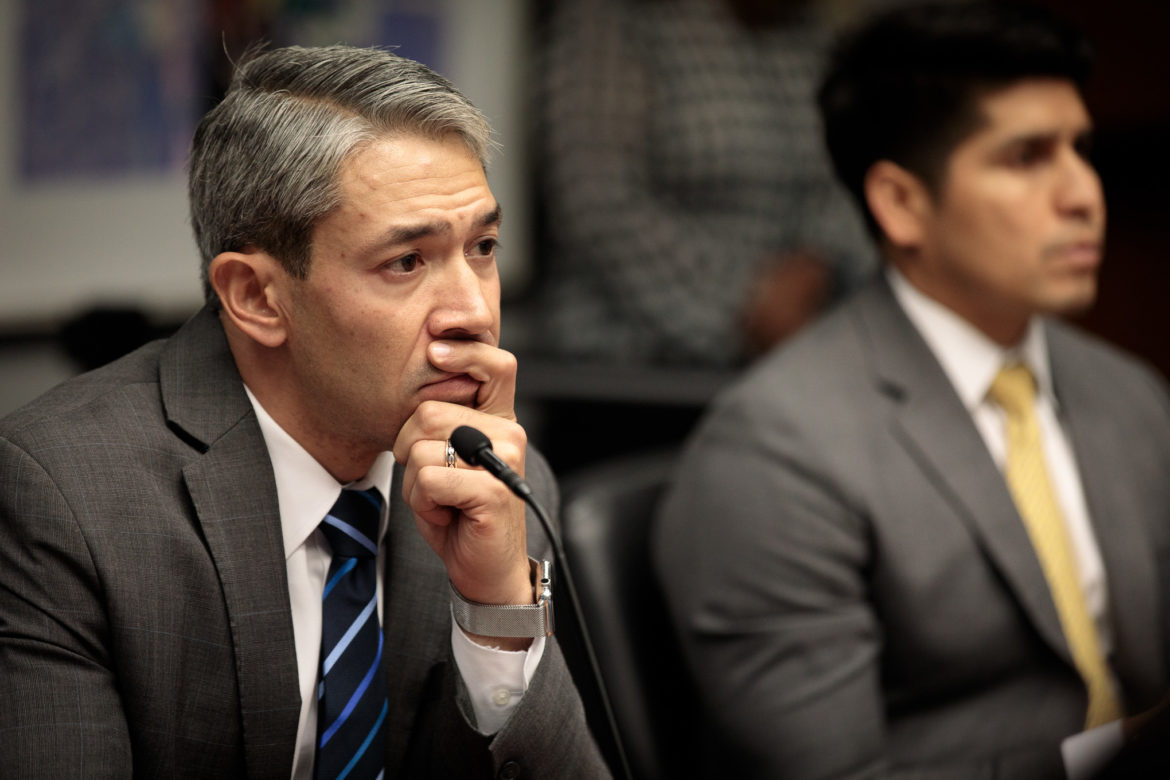 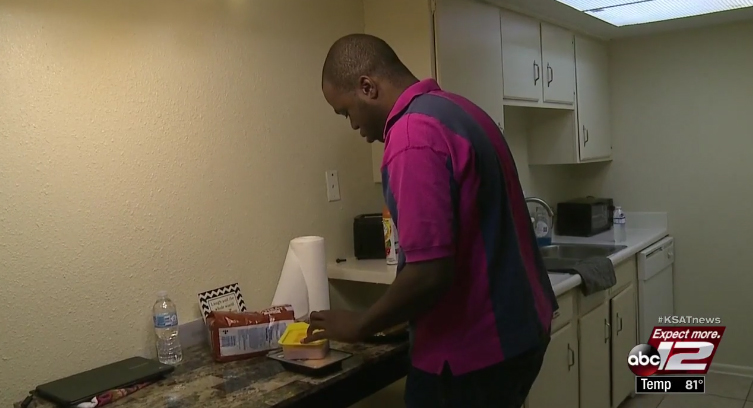 Read in the Express-News, 21 June, 2018
Are incarcerated individuals receiving quality representation? It depends, San Antonio panelists say
“A more robust public defender’s office … could offer a lot to the community.” 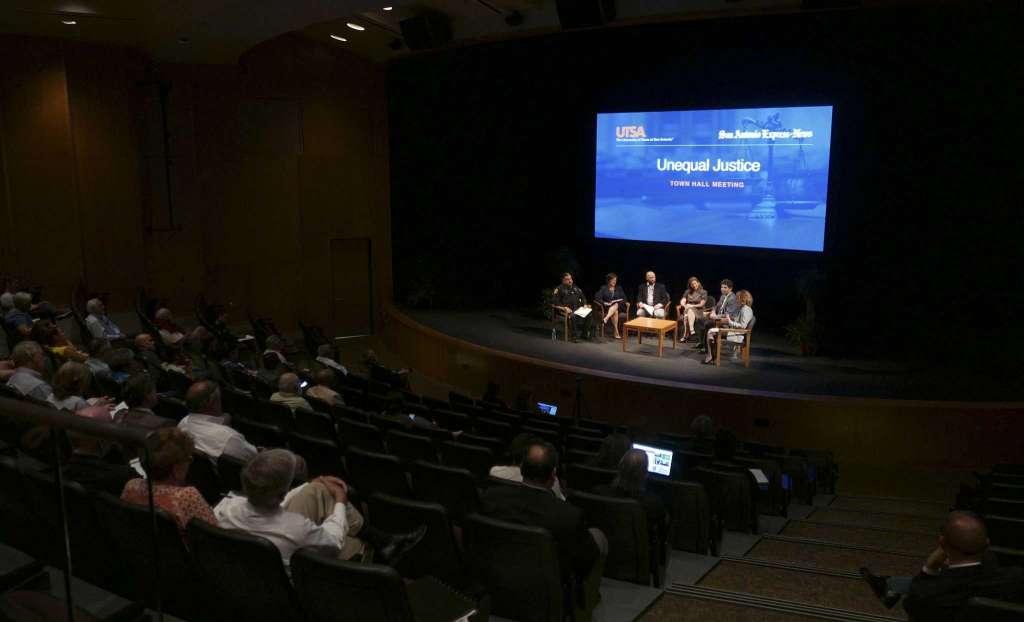 Seen on KENS 5, 21 June, 2018
Strangers hold funeral for Air Force veteran with no known family
The San Antonio military community made sure that he wasn’t alone for his final honors.

Seen on FOX 29, 21 June, 2018
Free counseling helps Sutherland Springs survivors on path to healing
As grief gripped the small town, a team of counselors from The Ecumenical Center sat by survivors’ sides. “We pledge that we’re here to stay.” 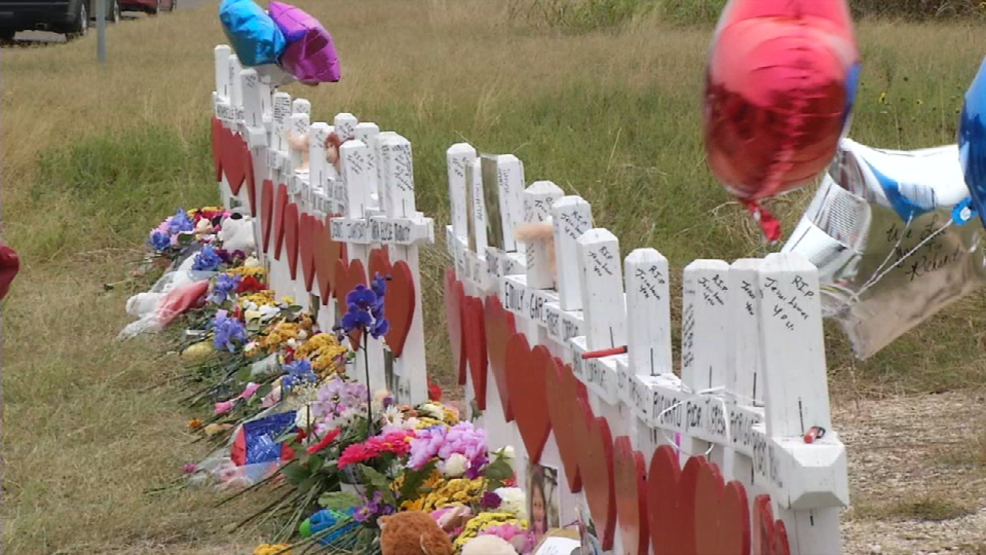 Found in the SA Current, 21 June, 2018
‘Vigil for Humanity’ to Oppose Family Separations to Be Held Outside of San Fernando Cathedral
Immigrants have been dehumanized and criminalized, and families have been separated and lives ruined due to mass deportation,” said event organizer Yon Hui Bell. 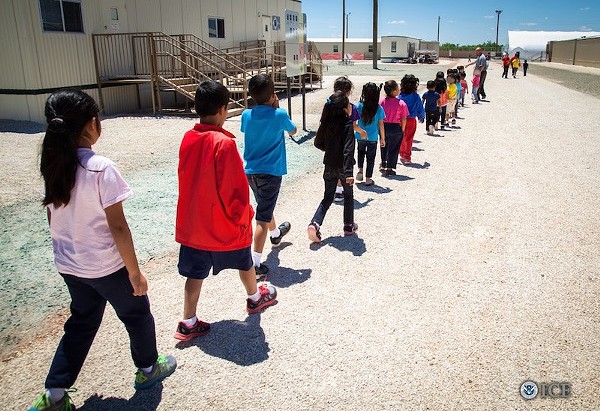 Found in the Express-News, 22 June, 2018
S.A. shelter has 22 children separated from parents by federal policy
“We try to minimize the trauma they’ve experienced with love, respect and dignity. But what these kids want is papi and mami.” 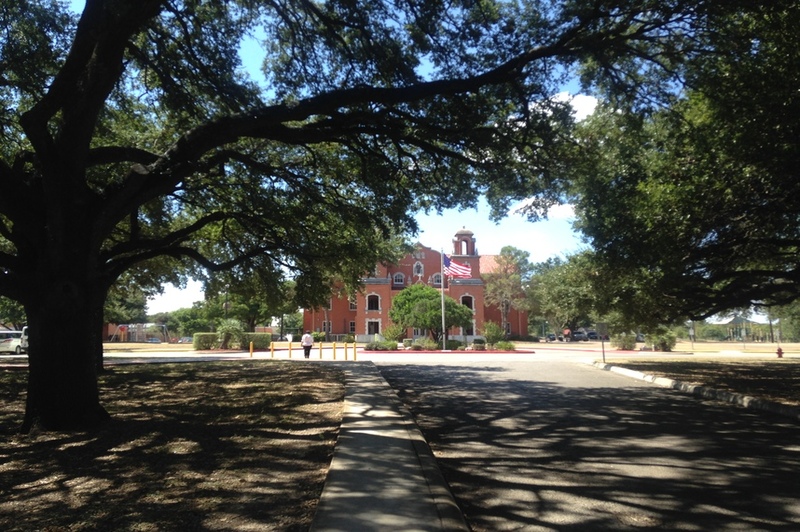 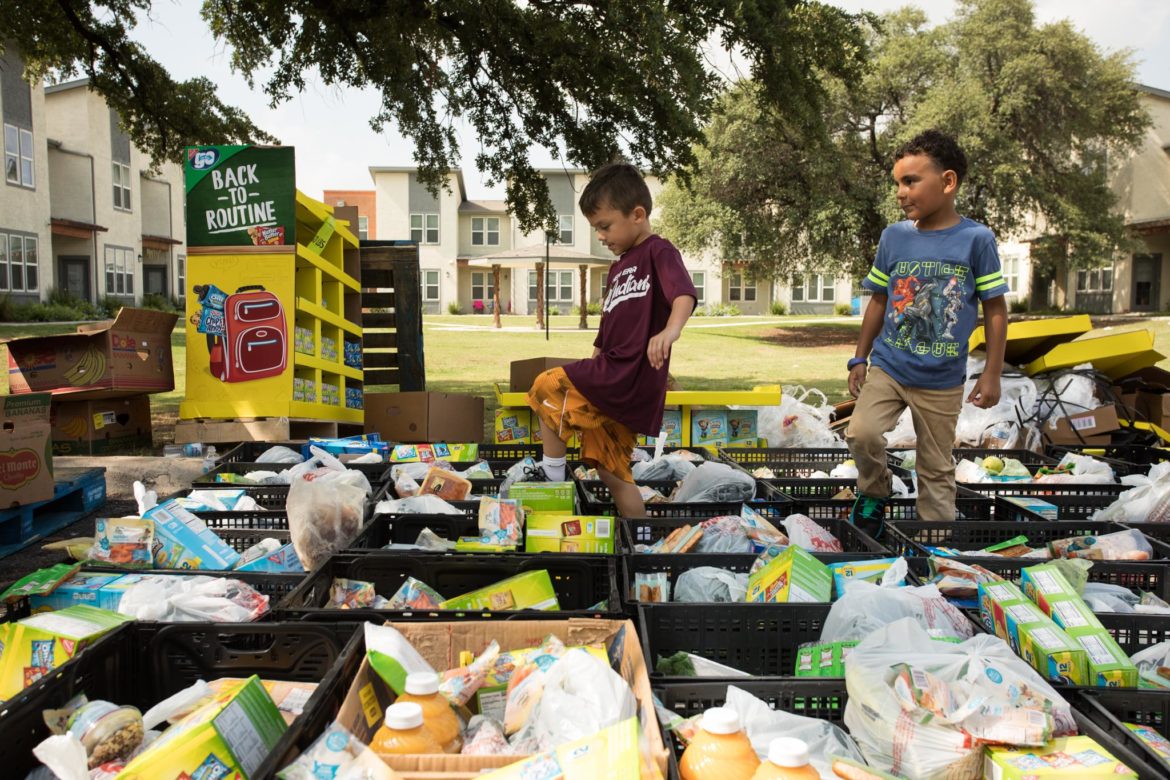 Found on KENS 5, 22 June, 2018
David Robinson to receive humanitarian award from ESPN
Robinson has been innovative in sustaining his support, starting his own private equity firm that sets aside 10% of its profits to fund his good deeds. 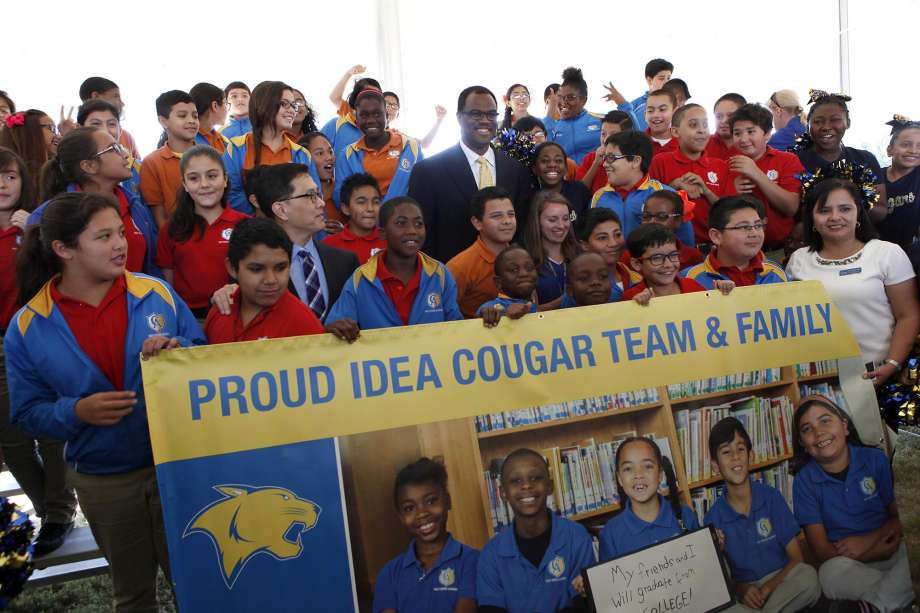 Found in the Express-News, 22 June, 2018
Released from detention, families board buses to the future
A recent uptick in releases has brought an average of 40 families a day from the centers to the bus station. 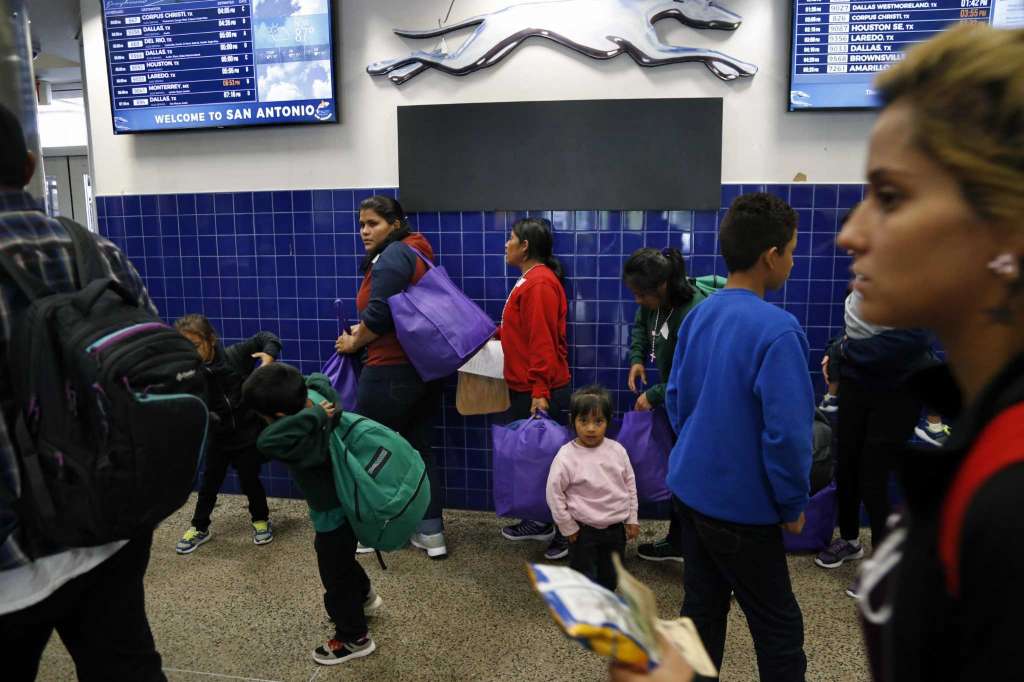 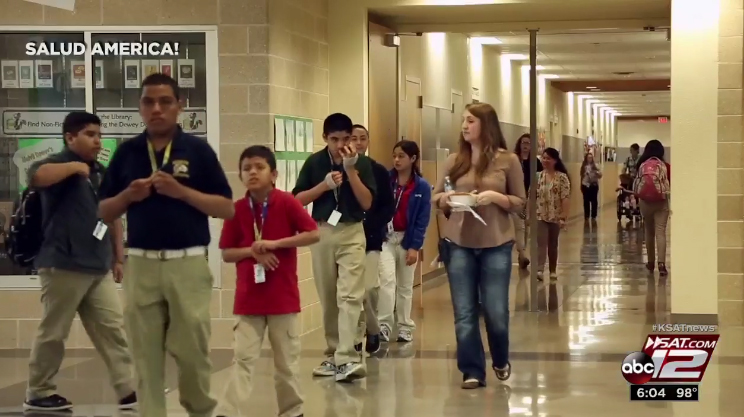 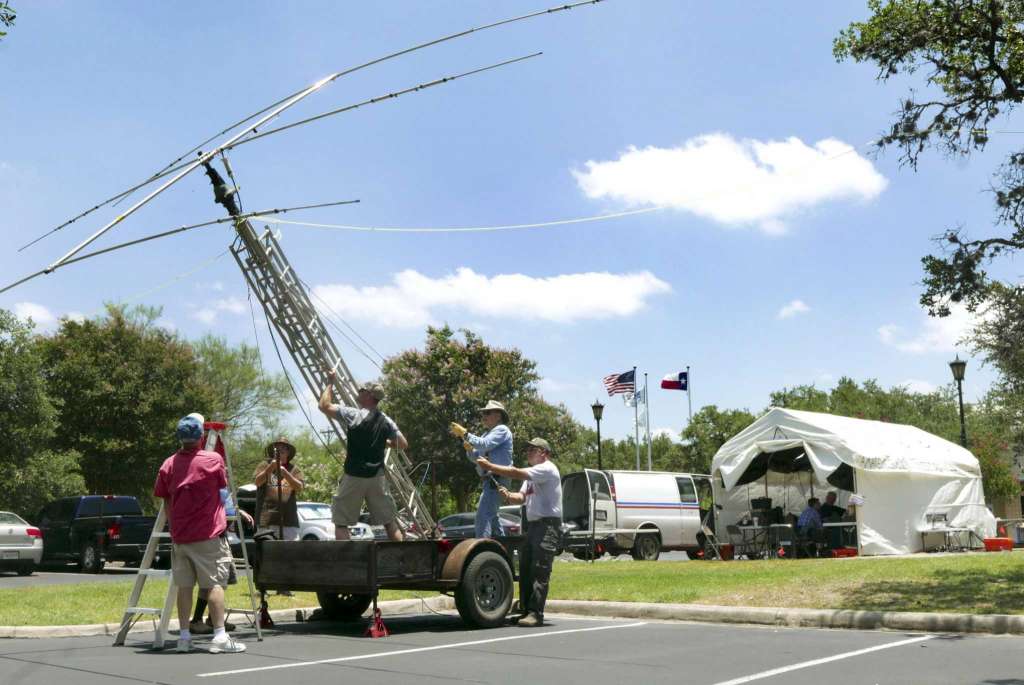 Found in the Rivard Report, 24 June, 2018
Border Crisis Prompts Prayer Vigil, Noise Demonstration in San Antonio
But the vigil wasn’t about speakers stirring people to action. “It’s about people coming together and being inspired and being comforted by each other’s presence.”

Also seen on KENS 5, 24 June, 2018
Hundreds prayed and reflected on separation of immigrant families
The peaceful vigil was about prayer and reflection. All walks of life were united at Main Plaza.

And read in the SA Current, 25 June, 2018
Vigil for Humanity Draws Hundreds Opposed to Family Separations
“The diversity and respect in the crowd give me hope. I felt there was a collective spirit of care and compassion.” 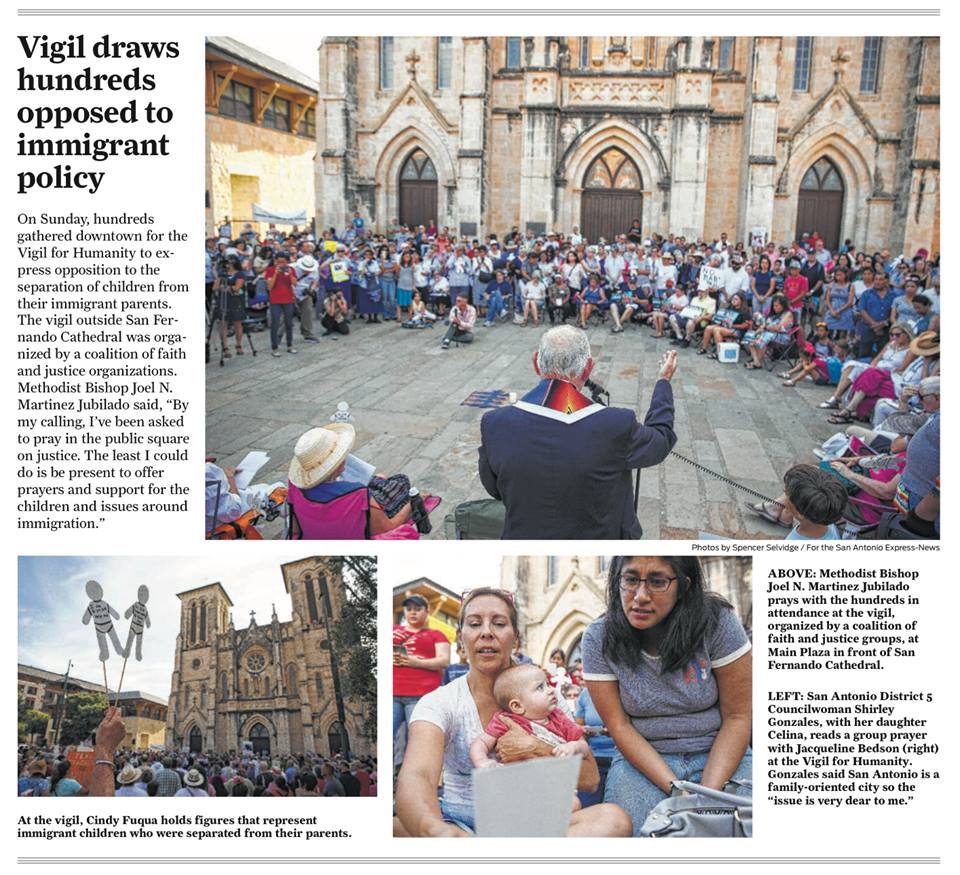 Found in the Rivard Report, 24 June, 2018
Though ADA Compliant, Not All Public Bathrooms are Created Equal
We absolutely have to humanize public spaces. It’s more than just ADA specs and precise measurements. It’s about making sure that everyone can go out in the world and shop, eat, live and get from point A to point B – all while knowing that if they need to “go,” they can. 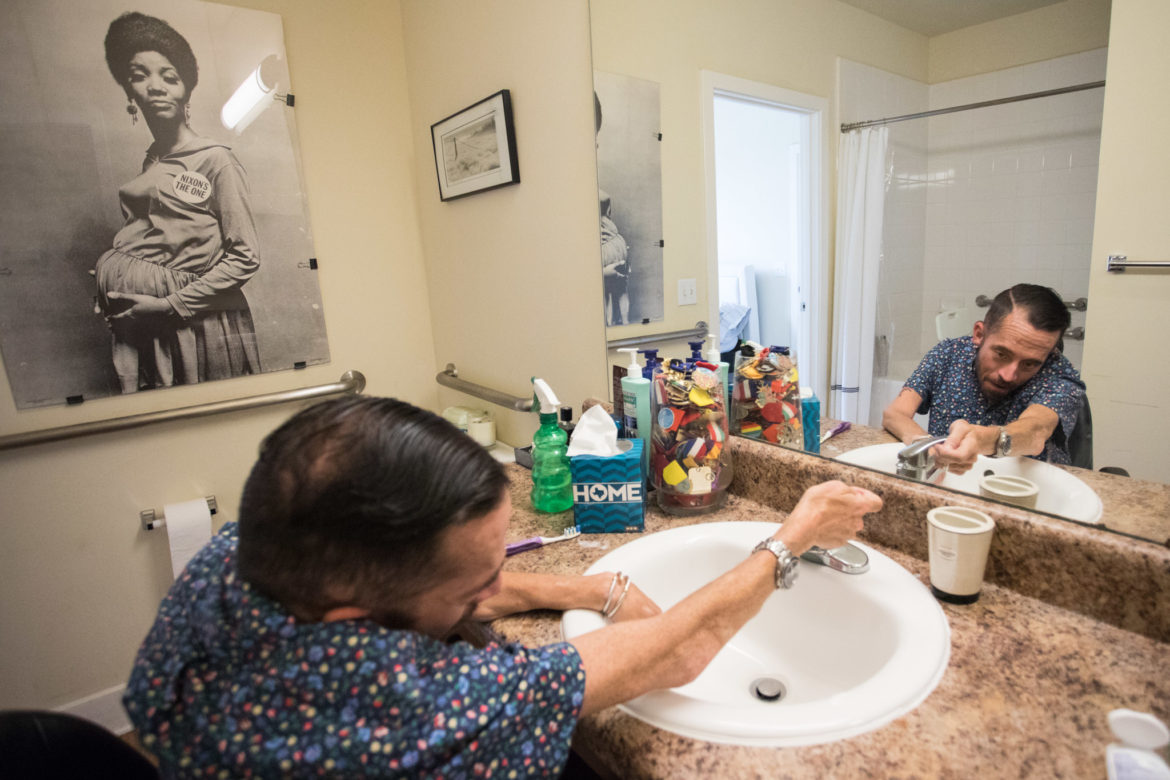 Seen on KENS 5, 24 June, 2018
Non-profit helps veterans make their house feel like home
“We need couches, kitchen tables and chairs, we need TVs and radios. A lot of the time, it’s very depressing for these patients to sit in their apartment alone with nothing.” 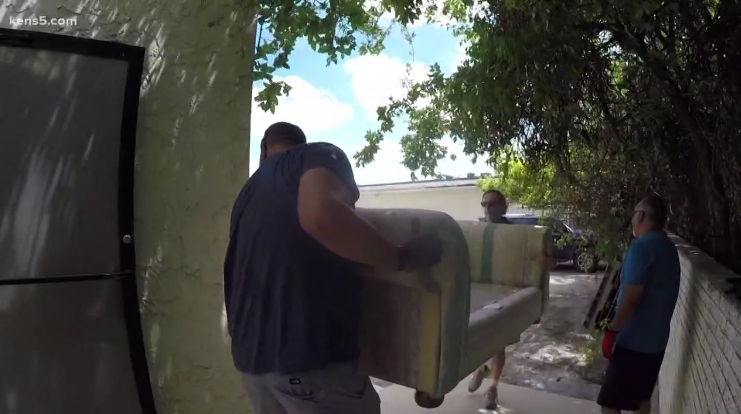 Found in the Express-News, 25 June, 2018
When an 88-year-old S.A. restaurant legend’s AC broke, the community rallied to help
Bexar County Commissioner Tommy Calvert Jr., who said Harper refers to him as “son,” arranged a GoFundMe for Harper, which surpassed the $2,500 goal within three days. 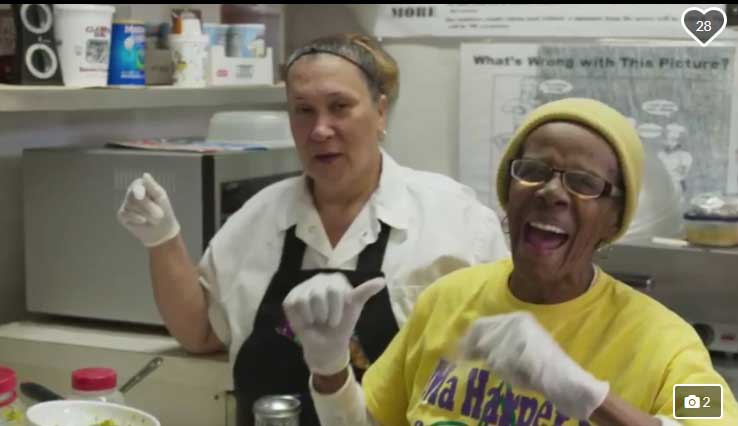 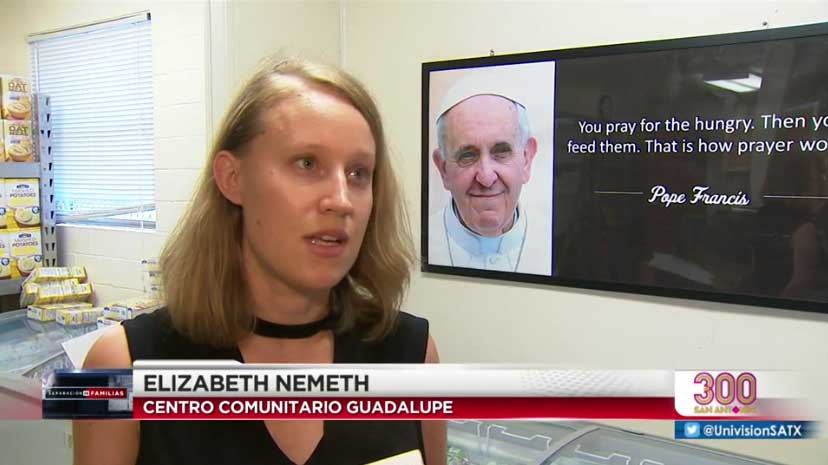 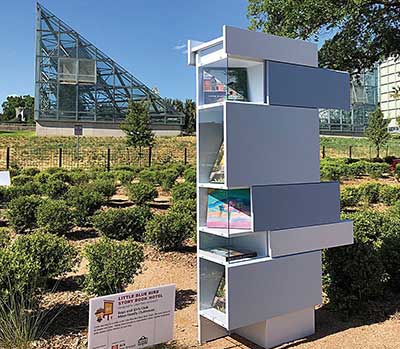 Found in San Antonio Magazine, July, 2018 issue
SA basketball team heads to Special Olympics
With players who range in age from 18 to 34, the Texas Foundation of Hope Elite basketball team doesn’t look like a typical champion squad, but that’s part of what helps it thrive. 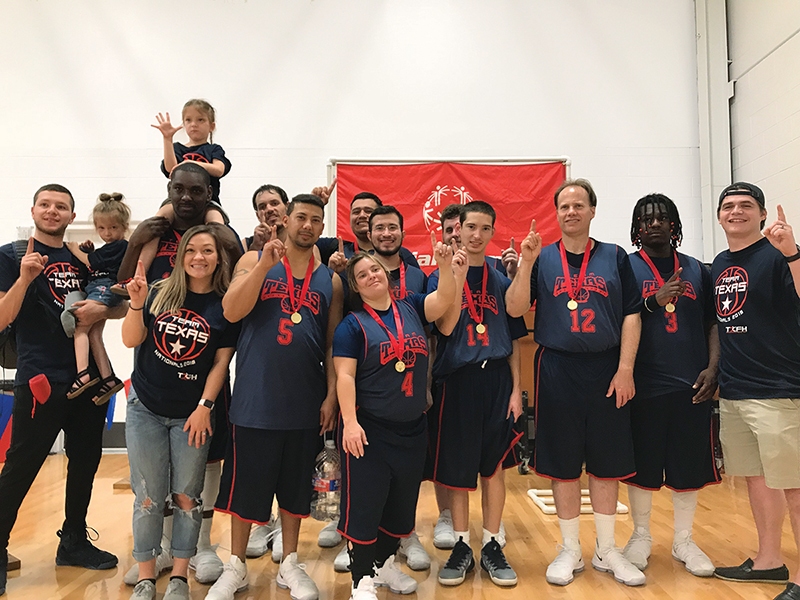 Seen on KSAT 12, 26 June, 2018
Local student commission advocating for youth issues in Alamo City
“We might not have solutions for everything right now, but we can still be a part of the problem-solving process.” 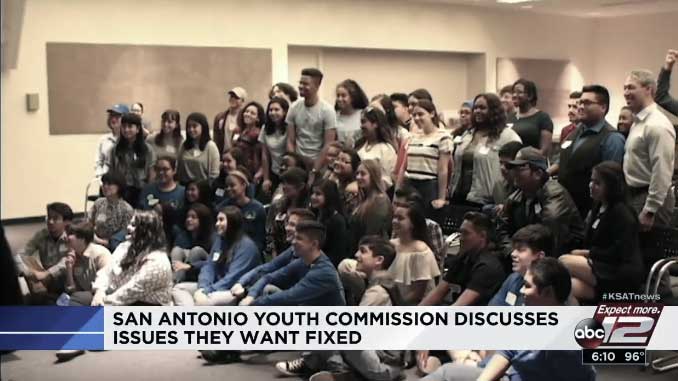 Seen on KENS 5, 26 June, 2018
San Antonio community comes together to support LGBTQ people escaping persecution
“We can provide support and understanding for those people and let them know they aren’t alone.” 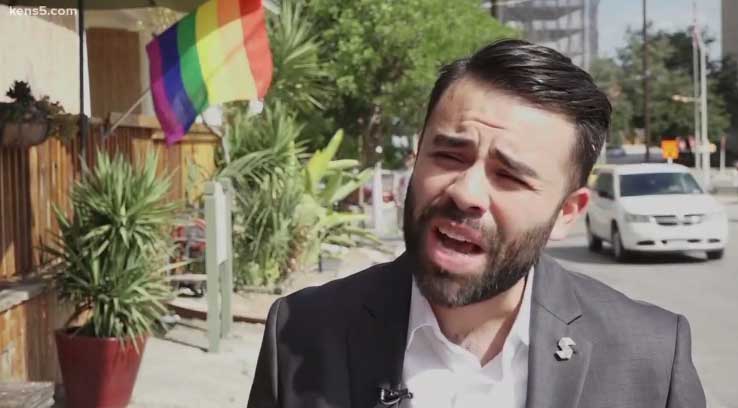 Found on Spectrum News, 26 June, 2018
SA Lighthouse for the Blind wins CPS office supply contract
If you look at any mechanical pencils or pens, and they say SKILCRAFT®, that means it’s made by a blind or visually impaired worker. 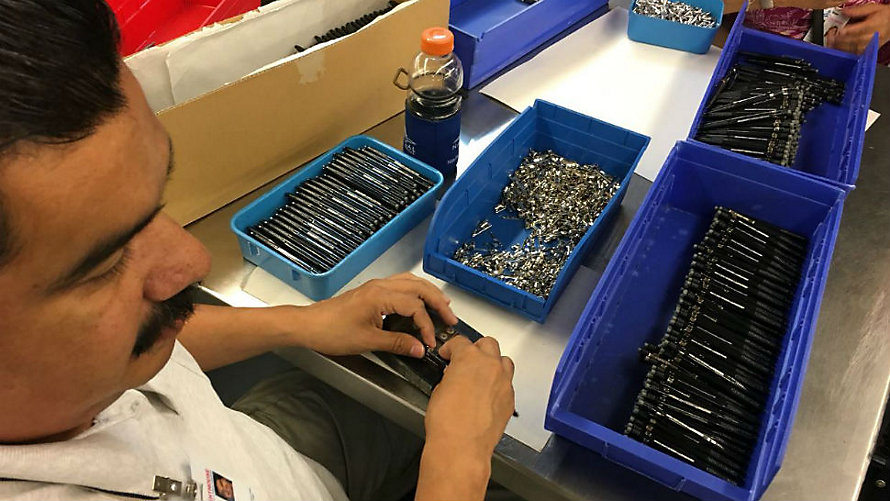 Found in the Express-News, 27 June, 2018
Lineman camp focuses on ‘no head contact’ in first visit to Texas
“One out of three parents worry about the risk of concussion when it comes to football and we want to lower those numbers.” 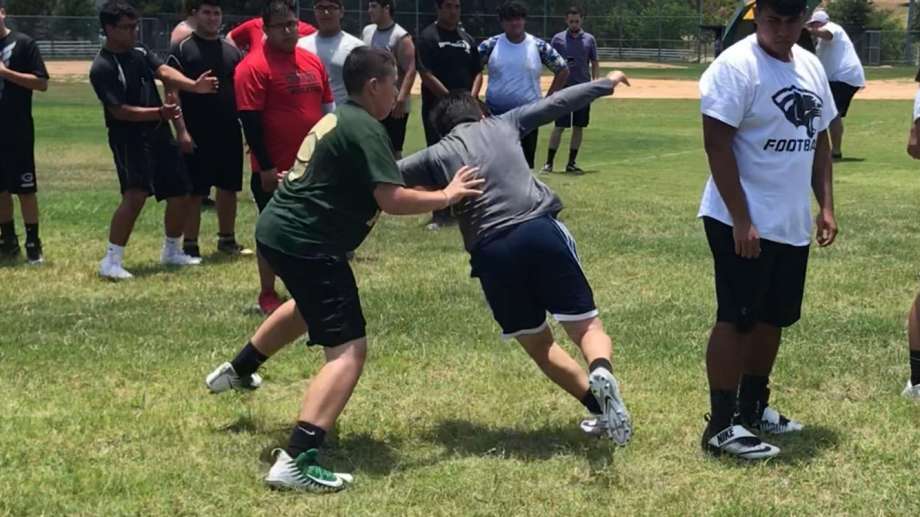