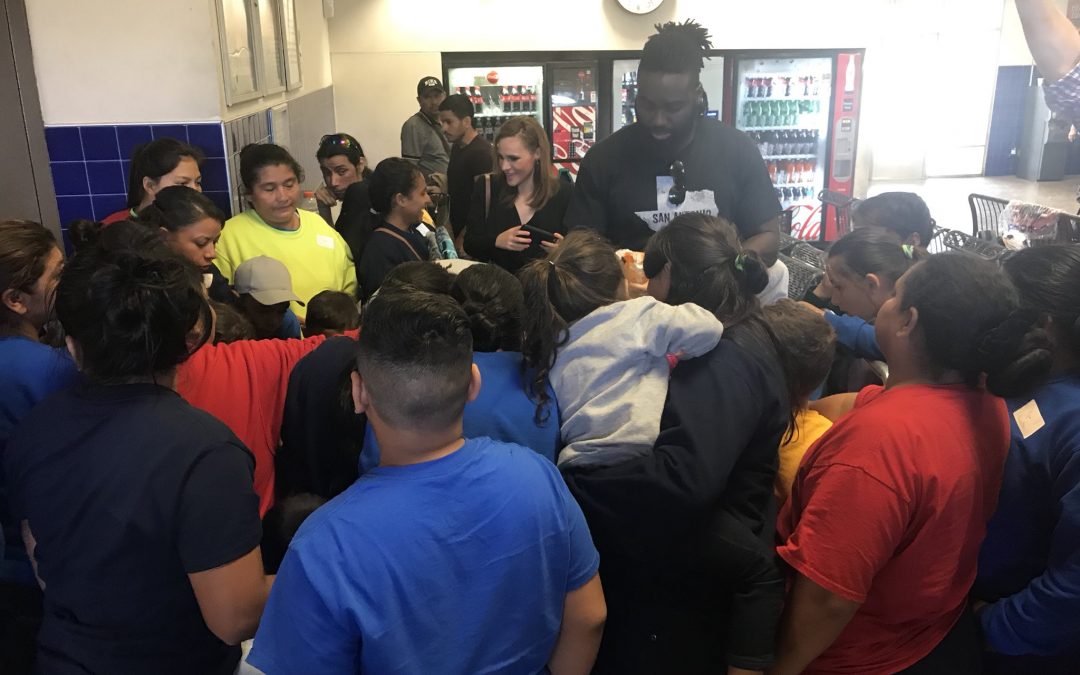 New Orleans Saints linebacker Demario Davis and Redskins cornerback Josh Norman were at the San Antonio bus terminal last week handing out care packages to the immigrant families there. “If you see wrong, you stand up and do something about it,” Davis said. It looks like our reputation for compassion is so widespread that people travel here to be compassionate! If you want the news as it happens, follow us on Twitter @compassionNET1 and don’t forget to use the hashtag #compassionateSA. 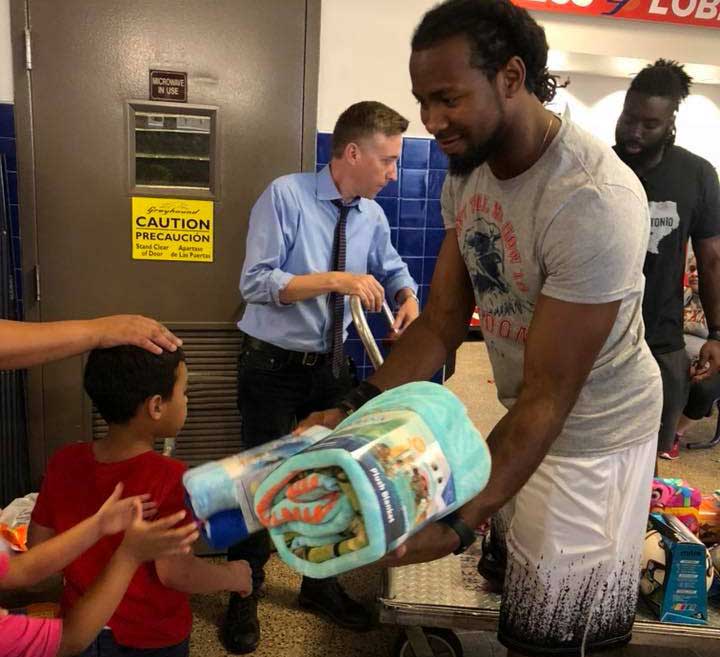 Found in the Rivard Report, 27 June, 2018
Metro Health Expands Immunization
“Childhood vaccinations is one of the best ways to protect not just our own kids, but kids who can’t be vaccinated due to medical conditions that have rendered them immune compromised.” 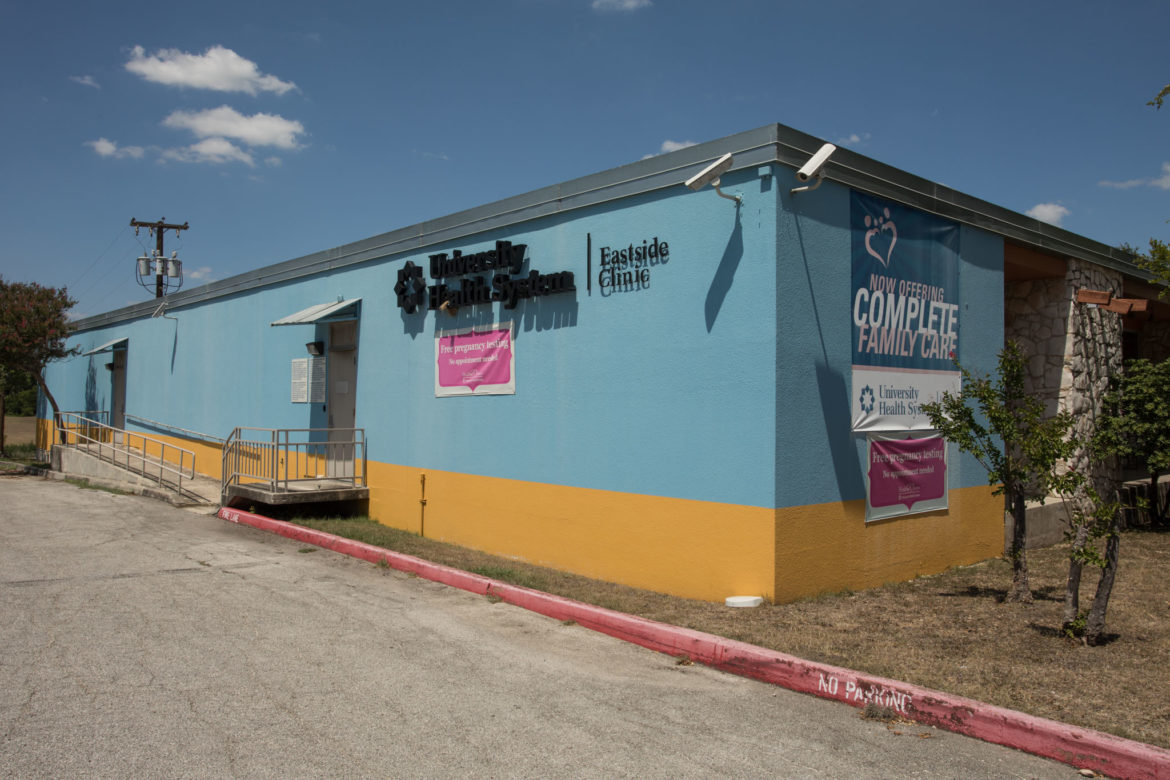 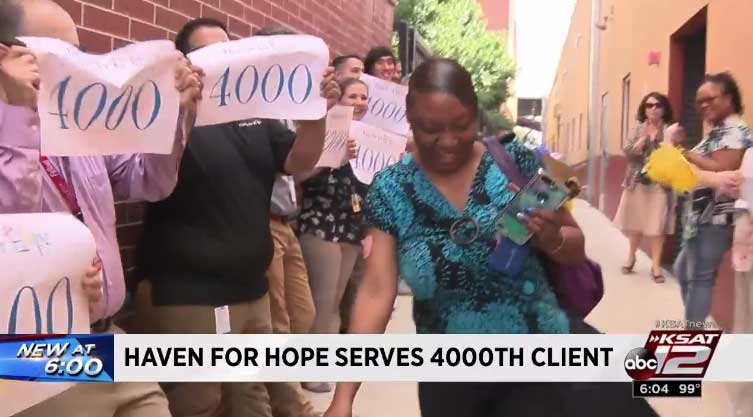 Seen on Spectrum News, 27 June, 2018
Bexar Co. launches new efforts to fight sex trafficking
It takes experts to victims, instead of waiting for them to seek help on their own. 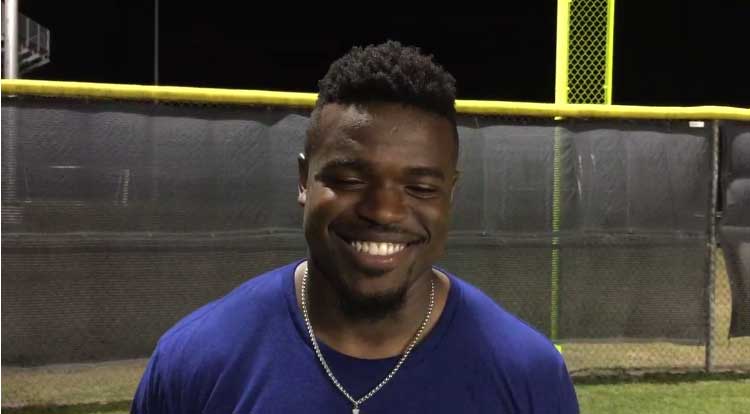 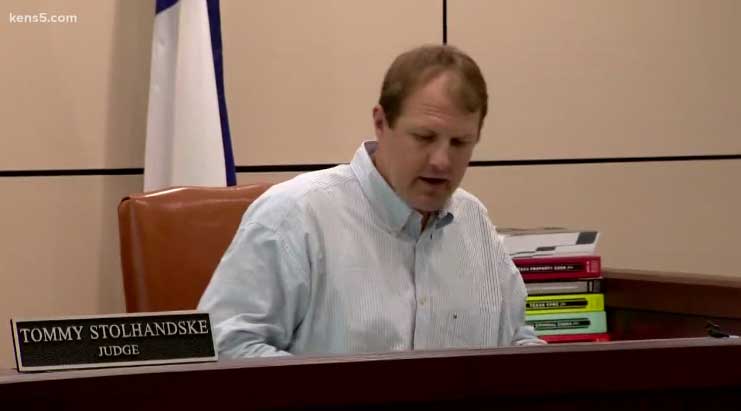 Found on the Children’s Hospital Twitter Feed, 28 June, 2018
Free shirts for kids in hospital
Luke’s Fast Breaks visited pediatric cancer patients to give out free shirts that have MRI/X-ray safe snaps on both arms and down each side, so patient’s medical equipment can be accessed easily. 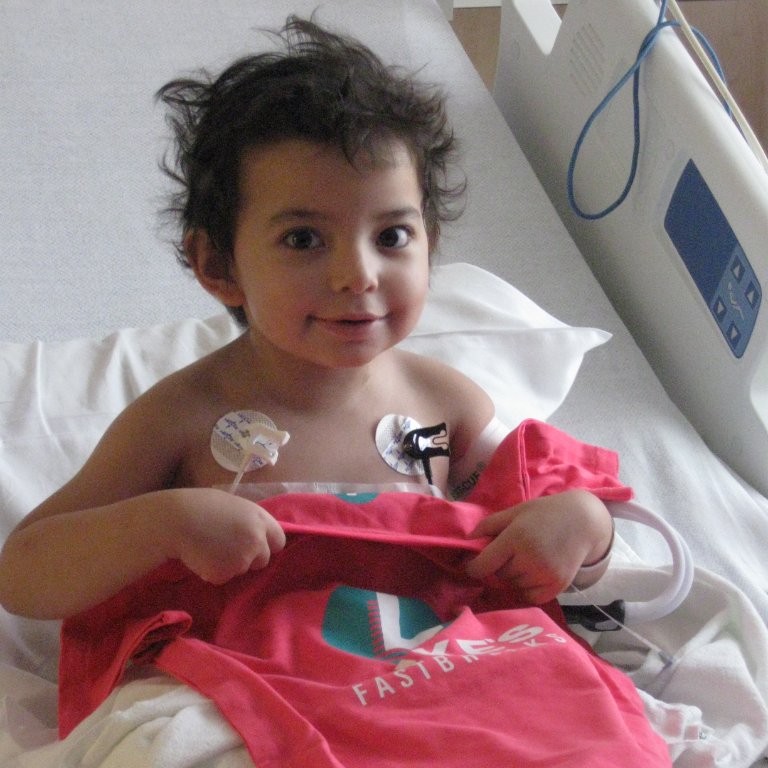 Read in the Washington Post, 28 June, 2018
Nonprofit group sets up a hotline to help reunite immigrant families
So far, RAICES knows of 453 children who have been unable to find their parents. The youngest is just two months old, and the average age is eight.

Also heard on Texas Public radio, 28 June, 2018
RAICES Launches Hotline For Separated Immigrant Families
Volunteers on the phone line have been trained in gathering information from detention facilities to help with family reunification.

Also found in the Express-News, 28 June, 2018
RAICES hotline aims to help reunite immigrant families
The nonprofit has about 120 volunteers staffed on the hotline, which will be available 9 a.m. to 5 p.m. Monday through Friday, with an option to leave a voicemail after hours. 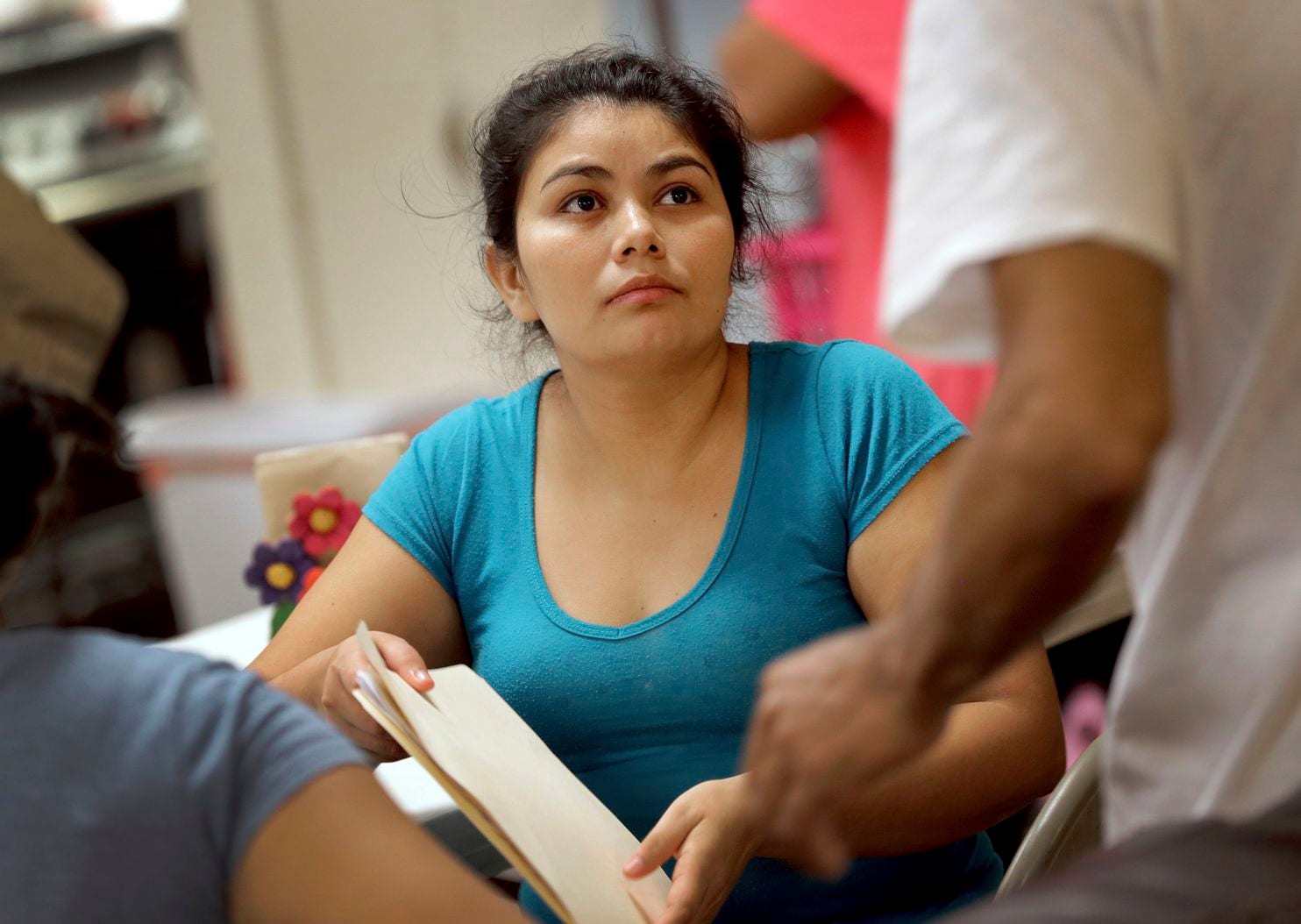 Seen on FOX 29, 28 June, 2018
Non-profit gives adults a free second chance at education for free
Graduates are receiving anything from a GED to a workforce training certificate. 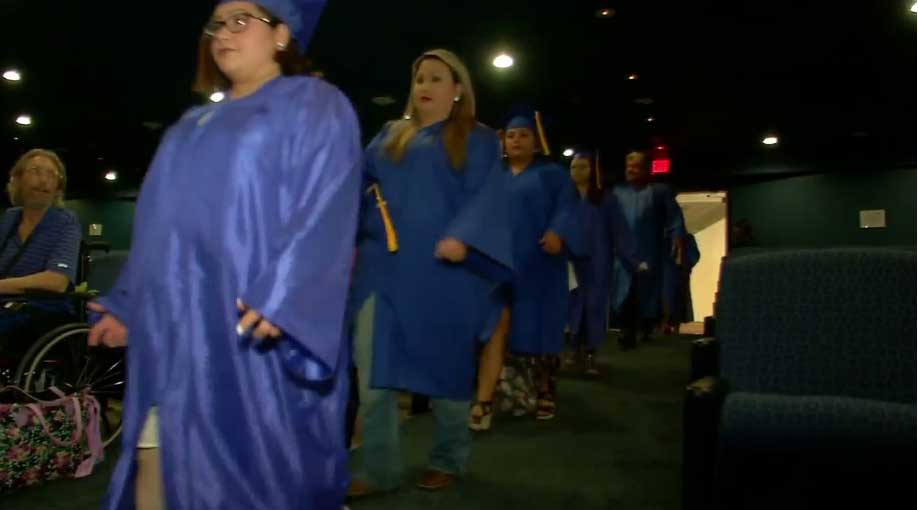 Seen on KSAT 12, 30 June, 2018
City leaders hold ribbon-cutting for rainbow crosswalk
“We have a city where it really doesn’t matter who you love.” 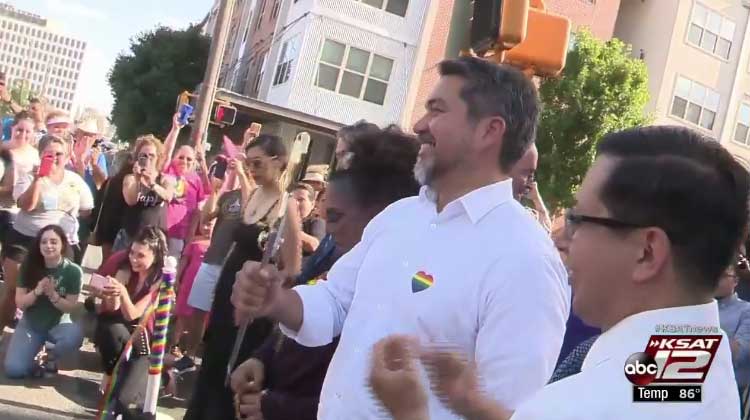 Found in the Express-News, 30 June, 2018
Thousands enjoy Pride Festival at Crockett Plaza in San Antonio
“There’s nobody we should leave behind. There’s nobody that we should make feel like they’re outcasts.” 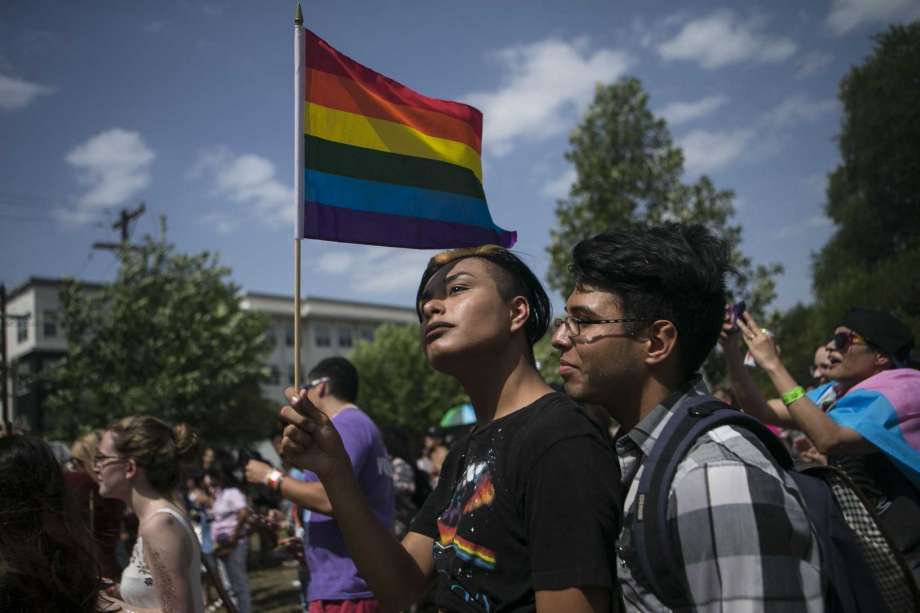 Seen on KENS 5, 30 June, 2018
San Antonio bakers unite to bring separated families back together
Pastry chefs filled tables with cupcakes, pies, and cookies that read, “Families belong together” and “I do care.” 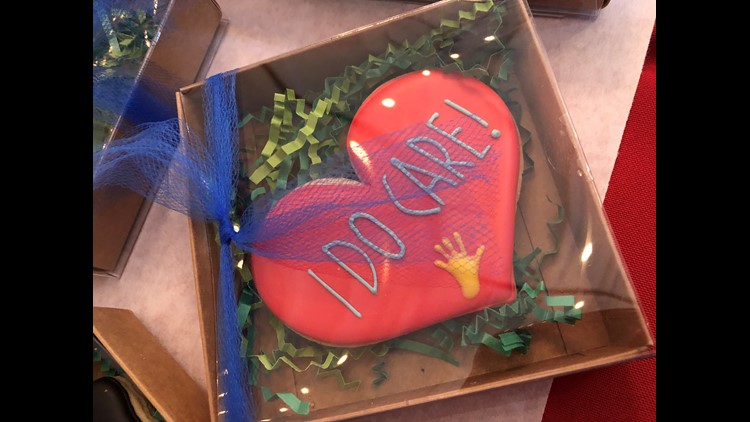 Found in the Express-News, 30 June, 2018
Refugees flee war-torn homelands for deteriorating apartment complexes in S.A.
Mayor Nirenberg: “What’s most distressing to me is that we have people living in the shadows because they’re afraid to speak up. We have to crack down on landlords and other business owners who take advantage of people.” 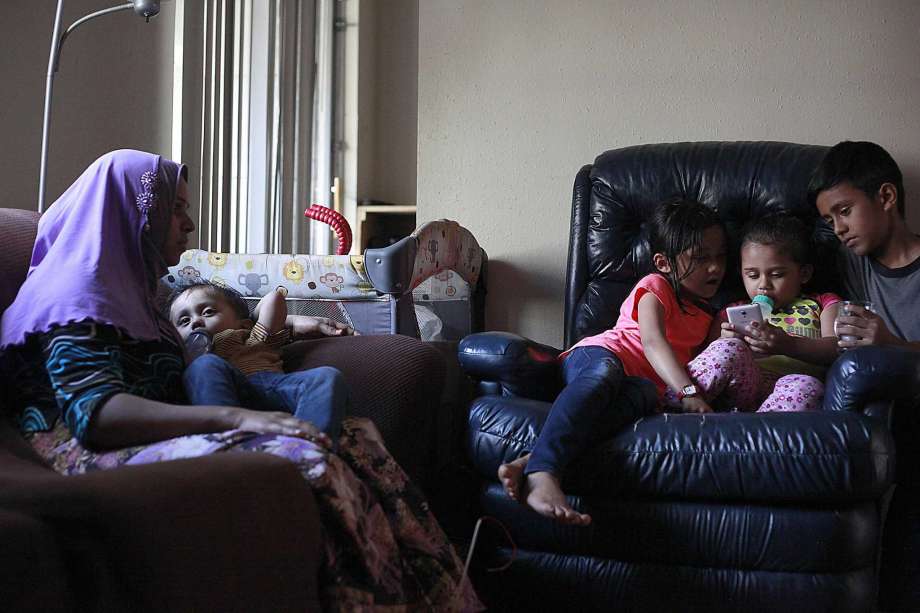 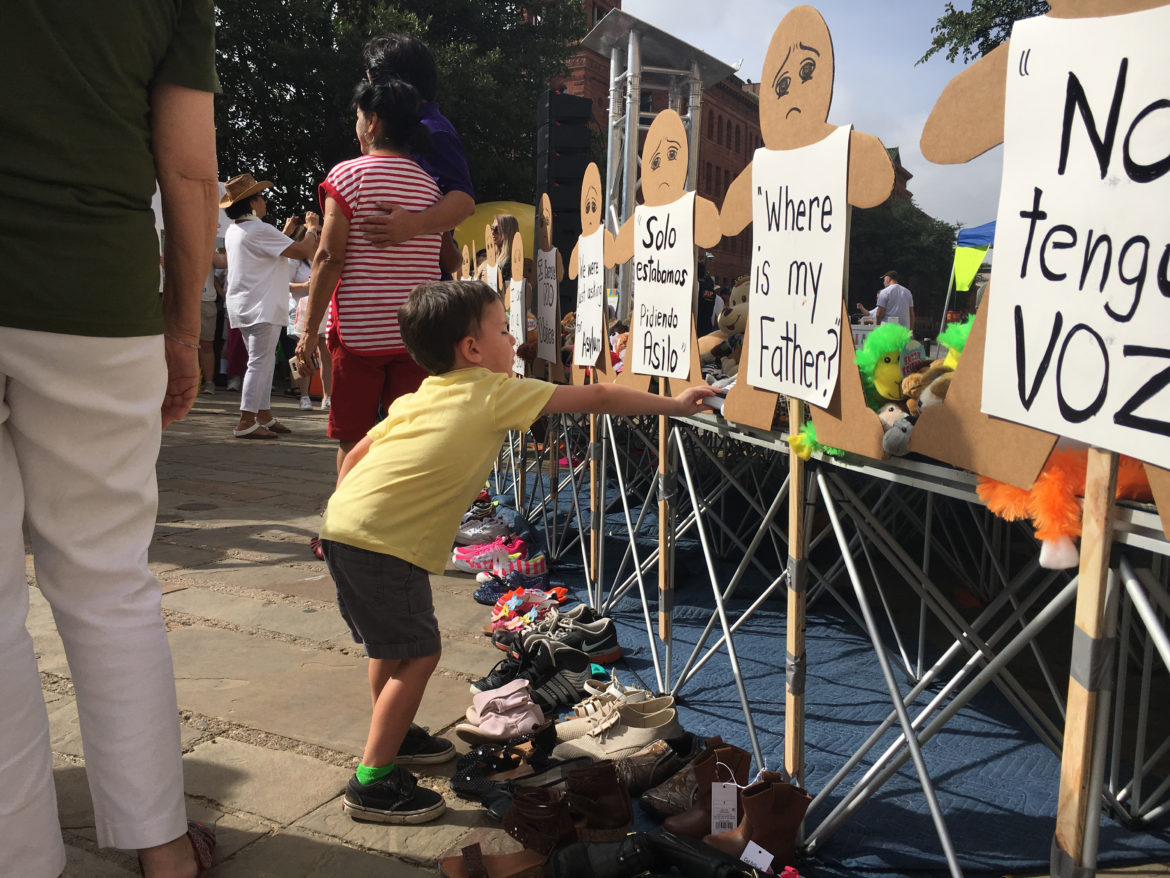 Found in the Express-News, 1 July, 2018
Archbishop calls for immigration reform, launches campaign
Next week 170 parishes plus Catholic Universities and Schools will be invited to sign postcards about immigration reform, and send them to legislators.

Also seen on KENS 5, 1 July, 2018
SA archbishop calls for immigration reform, shares message of compassion
Campaign asks for legislation that “upholds the rule of law, preserves family unity, protects the human rights and dignity of every person, and contemplates paths to citizenship for “Dreamers.”

And also found in the Express-News, 2 July, 2018
Indefinite detention — as immoral as family separation
Archbishop Gustavo: “The dehumanization of immigrants in our public debate has created an atmosphere in which we, collectively, can lose our bearings and start believing, even unconsciously, that immigrants do not have God-given rights and dignity.” 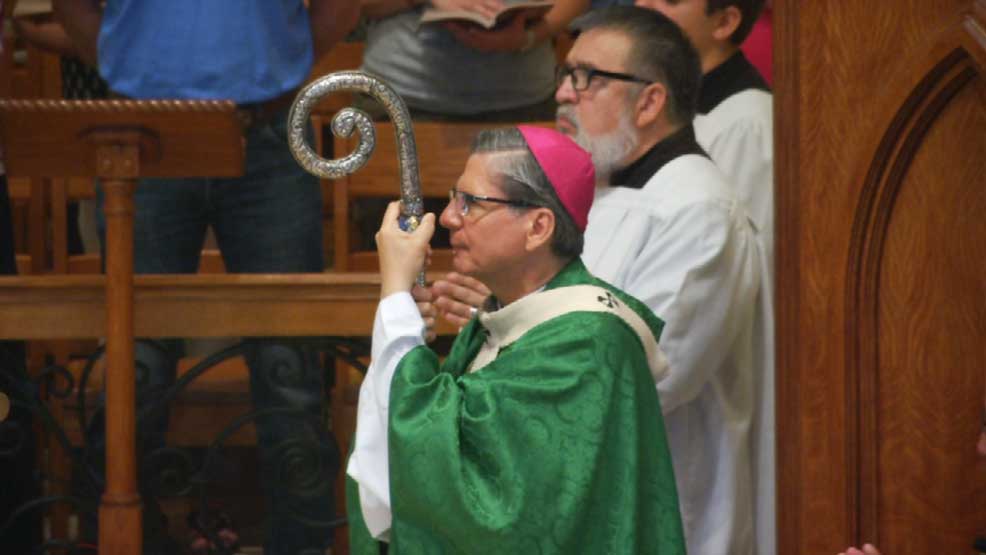 Found in the Rivard Report, 2 July, 2018
With Low Pay, Children’s Court Attorneys Toil to ‘Make a Difference’
The Bexar County Children’s Court, renovated in 2003 to be more child-friendly and sensitive to the needs of abused and neglected children, is considered a model courtroom nationally. 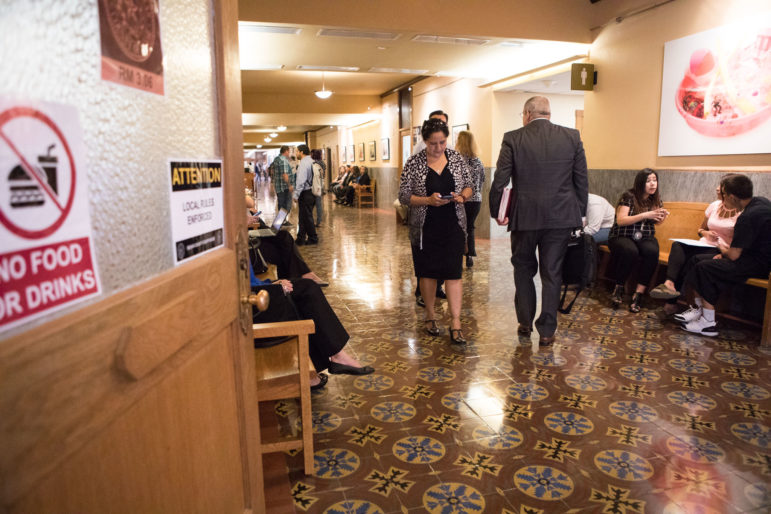 Also in the Express-News, 1 July, 2018
Edith McAllister dies at 100
A 2004 Express-News story about a humanitarian award she received from Boysville — the first woman to receive it — described her as “synonymous with San Antonio philanthropy and good works.” It also noted that she was at the time serving on 25 boards and committees. 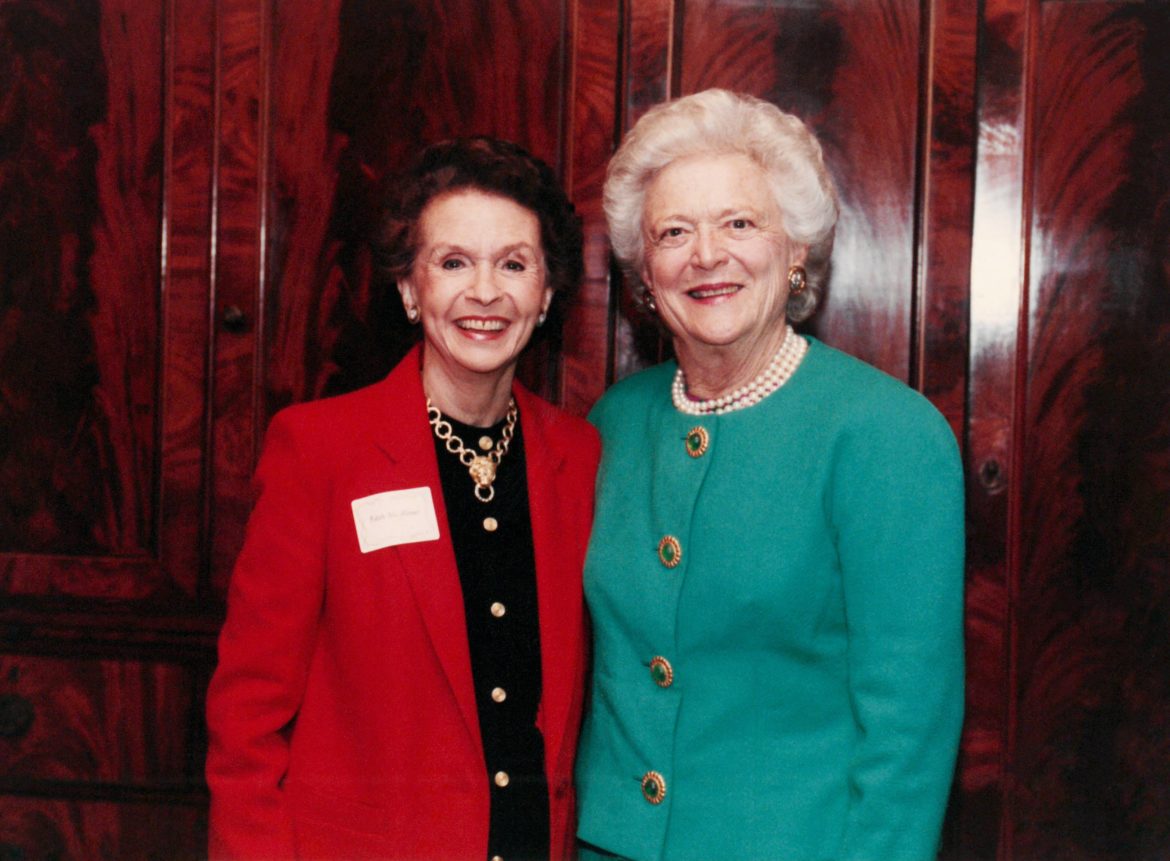 Seen on FOX 29, 2 July, 2018
Non-profit aims to teach kids practical skills to succeed in workforce
“We have greatness inside of us but we might not have the ability or the or the confidence to bring that out of us.” 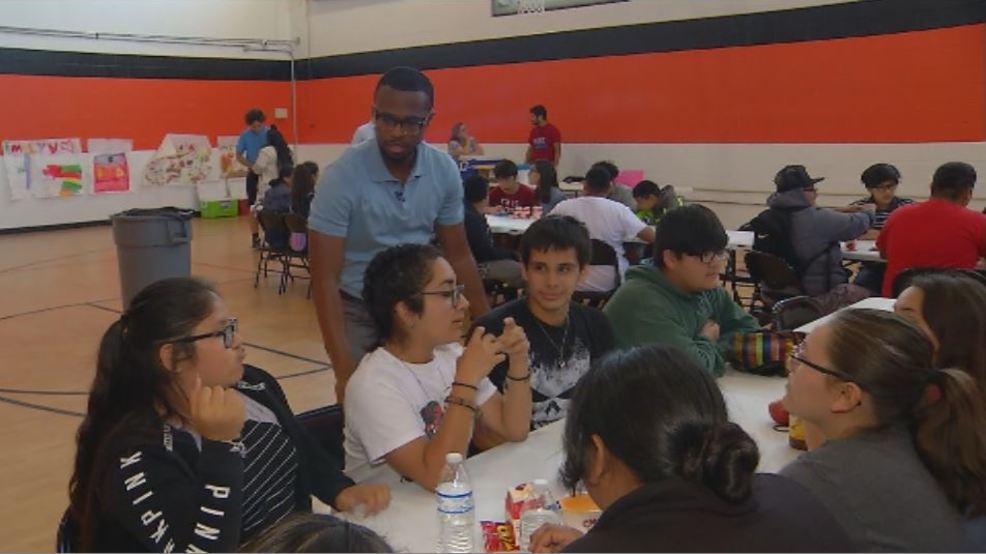 Seen on FOX 29, 2 July, 2018
Volunteers speak about reuniting undocumented families through RAICES hotline
“I can’t just sit on the couch and watch the news and not do anything.” 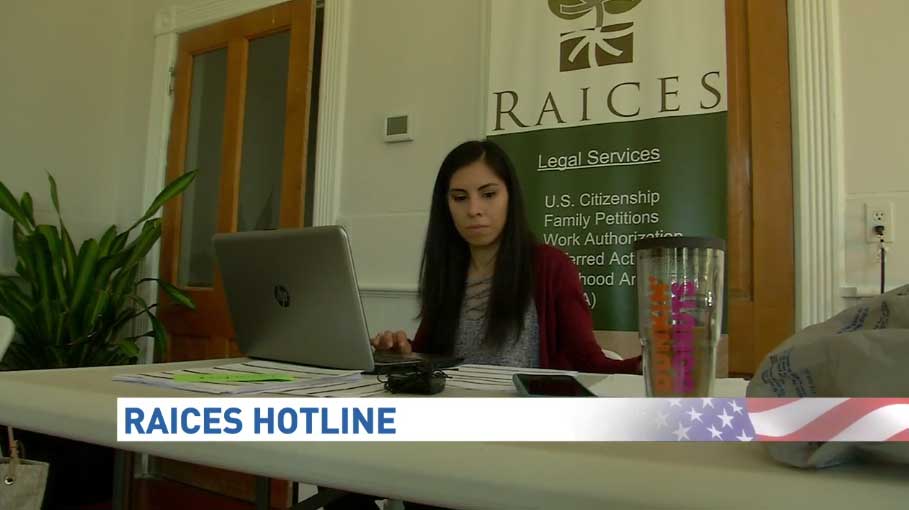 Seen on News4SA, 3 July, 2018
PETA applauds Spurs rookie Lonnie Walker IV
“I try to stay away from [organized dolphin shows]. How would a human feel if they were just locked up in a small place for the rest of their life? It’s like prison… ” 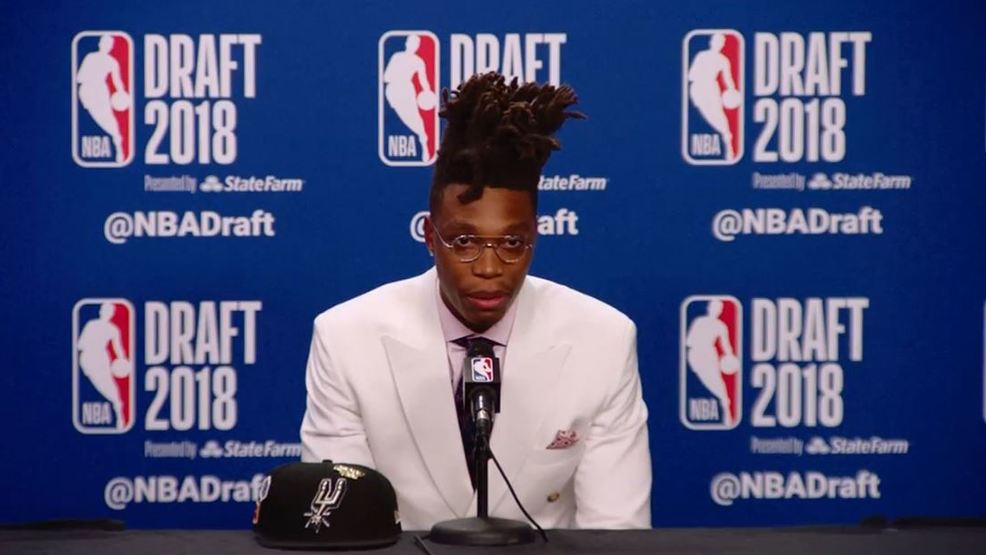 Found in the Express-News, 3 July, 2018
San Antonio’s refugee community celebrates Fourth of July in safe haven; worry about families left back home
“We’re all brothers, one people and have one love.” 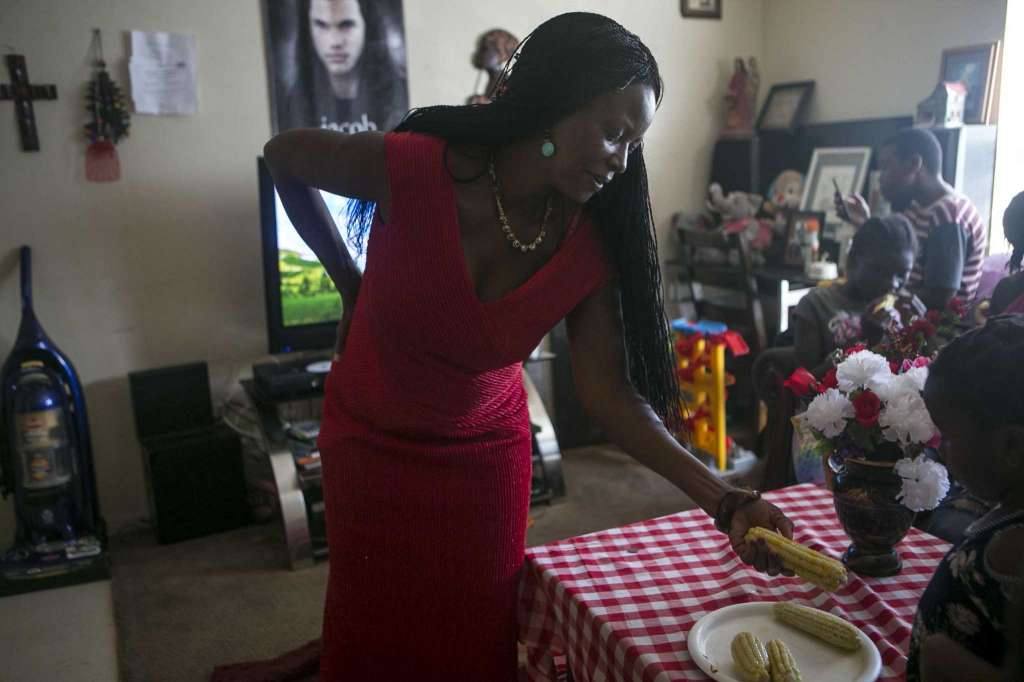 Found in the Rivard Report, 4 July, 2018
In Memory of Hitish Nathani: Innovator, Creator, Educator
Hitish was always there to help others with advice and encouragement in pushing people to be the best they could be. 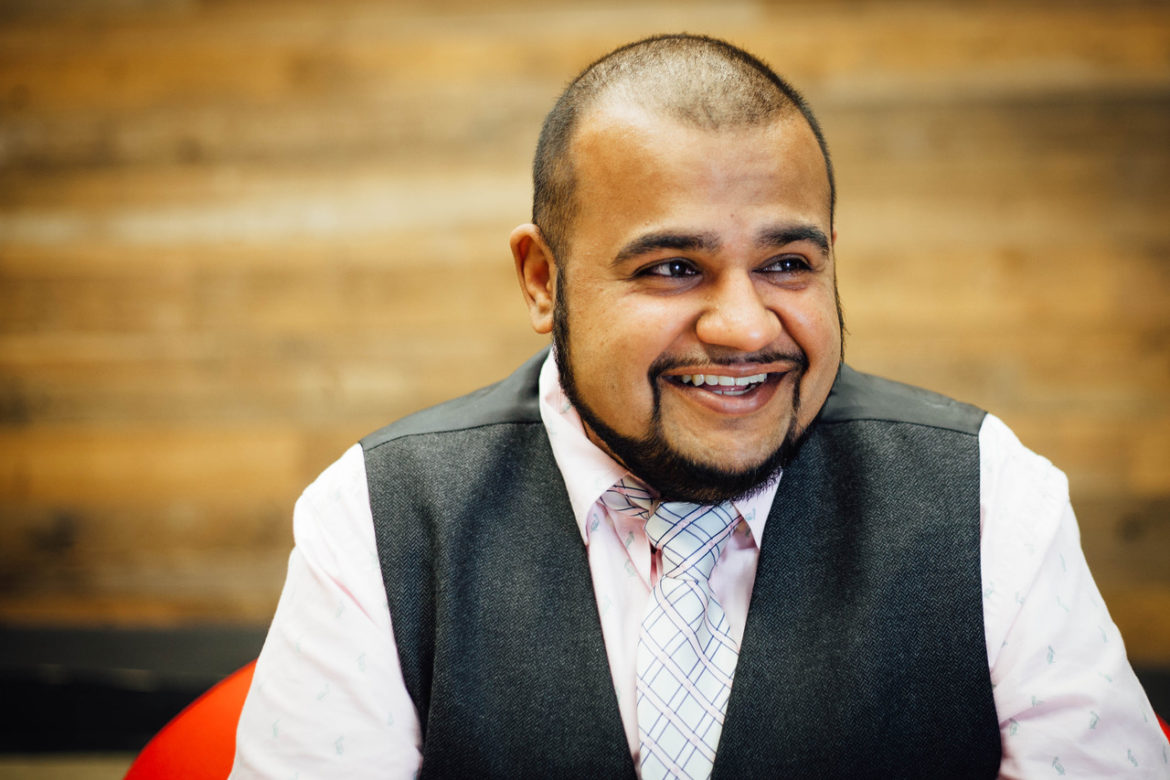