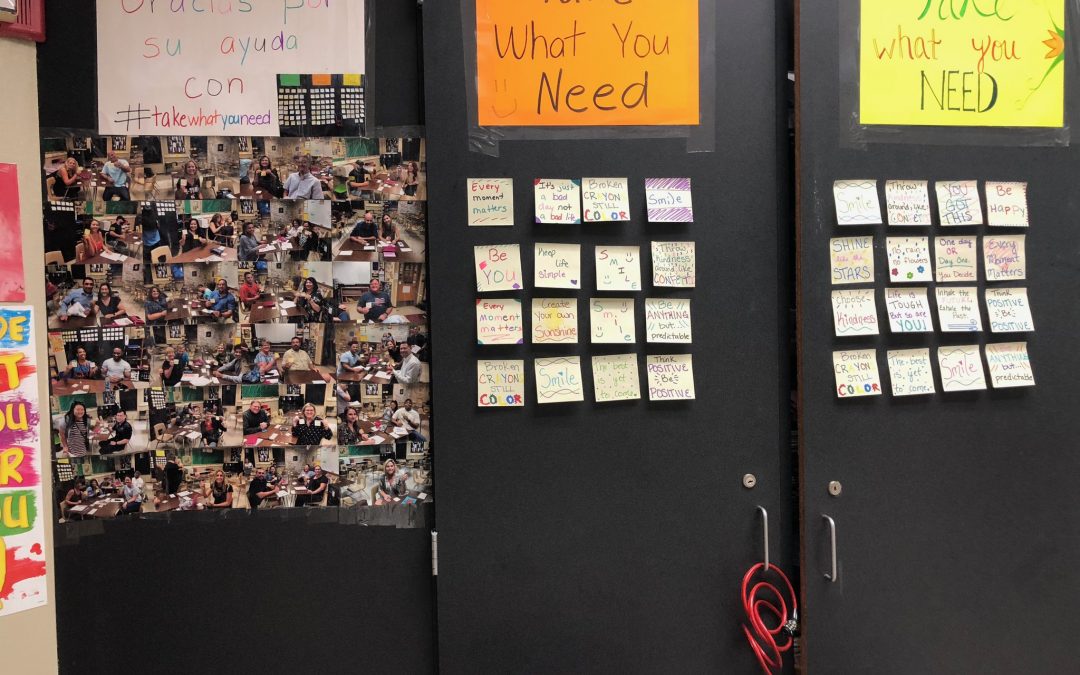 During open house in Gloria Lowe’s Reagan HS Spanish Class, parents wrote inspirational messages to their children that students can take for themselves or friends. The goal is for kindness to win over negativity. Every Wednesday we bring you this compassionate news roundup. To get the news faster, follow us on Twitter @compassionNET1. And don’t forget to use the hashtag #compassionateSA so we can find YOUR compassionate acts!

Found on WOAI 4, 26 September, 2018
Bexar County placing foster children in more stable situations
“And at the end that’s what you want: for the child to be happy to feel love and have his needs or their needs met.” 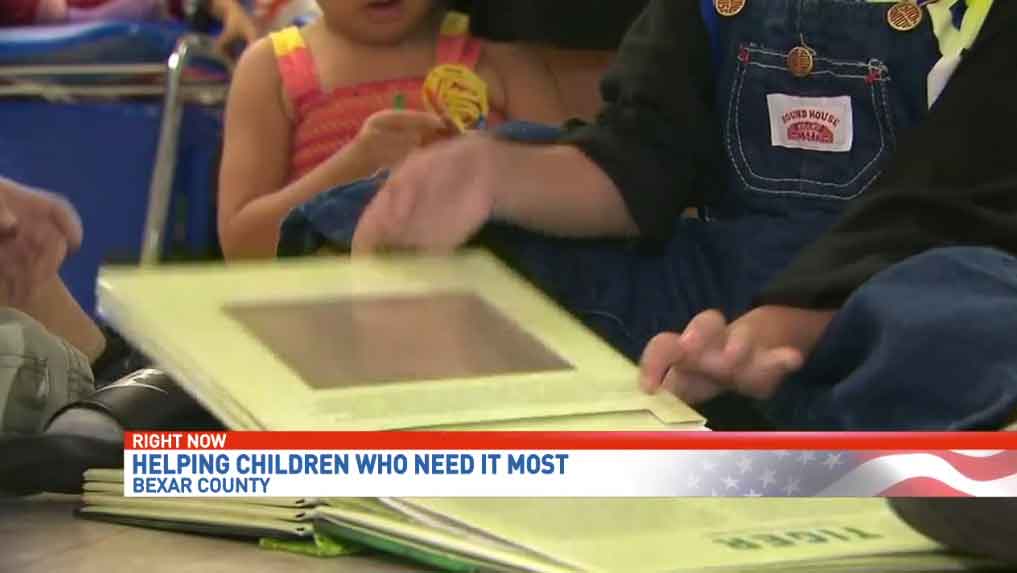 Heard on Texas Public Radio, 25 September, 2018
San Antonio Housing Authority Claims $100k Prize To Improve Internet Access For Poor Communities
If successful, SAHA will be giving internet access to more than 13 percent of all residents in San Antonio public housing, which is around 13,500 people. According to the Federal Reserve, one in four homes in San Antonio lack internet access. 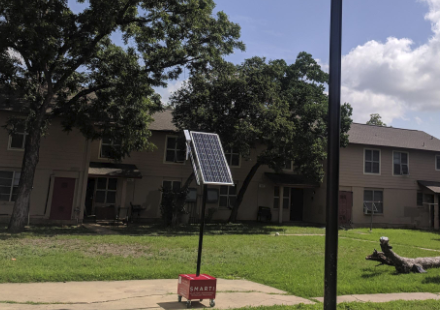 Found in the Express-News, 26 September, 2018
Celebrating disabled warriors
The Valor Games celebrate support as a means of empowering people and strengthening the community. “When you get messed up, you might have to do things differently, but you can do things.” 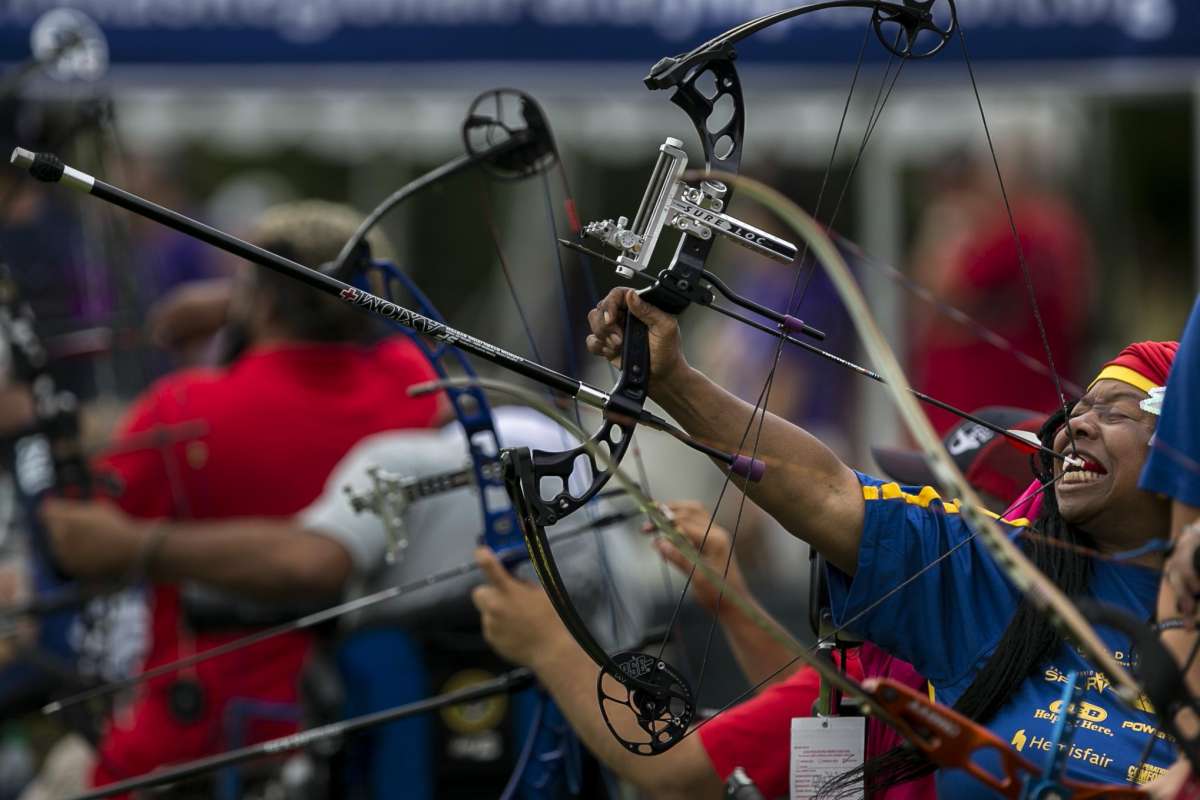 Found in the Express-News, 27 September, 2018
Volunteers help clinic care for injured, orphaned animals
“Volunteers are the heart and soul of this place. They’re our handy people.” 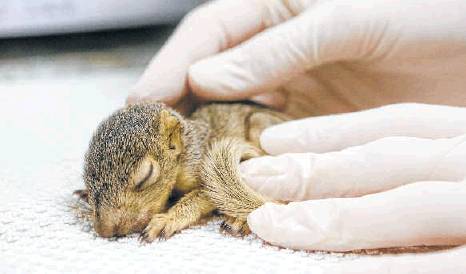 Seen on KSAT 12, 27 September, 2018
Local high school searches for 260 students on ‘leaver list’
No matter the situation, the goal of school staff is to connect students and their families with resources to remove any barriers standing in their way of an education. 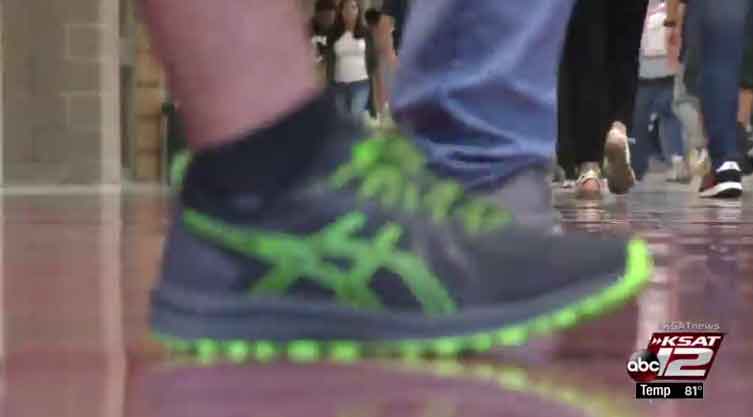 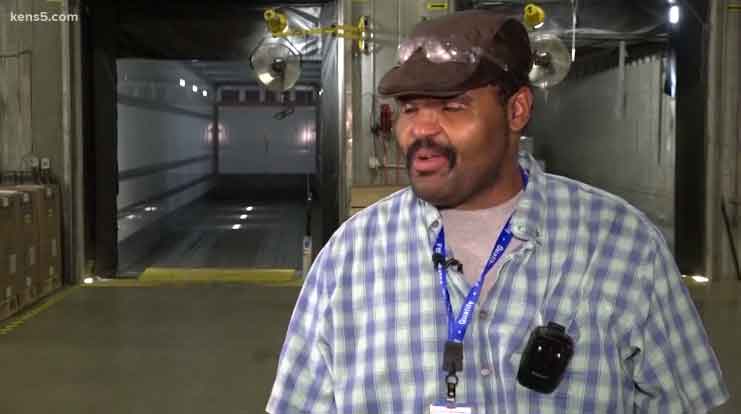 Seen on KENS 5, 24 September, 2018
Therapy dog’s mission is to brighten days in burn center
The Institute of Surgical Research (ISR) Burn Center is believed to be the first Burn Center to allow therapy dogs to interact with patients. 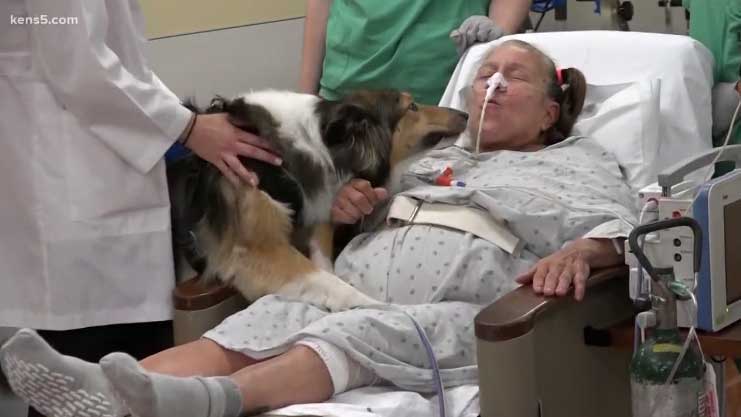 Seen on KENS 5, 26 September, 2018
San Antonio group shows pride by maintaining rainbow crosswalk for free
It lets people in the community know that they can feel safe, that this is their home, that they’re welcome and a part of the San Antonio community.” 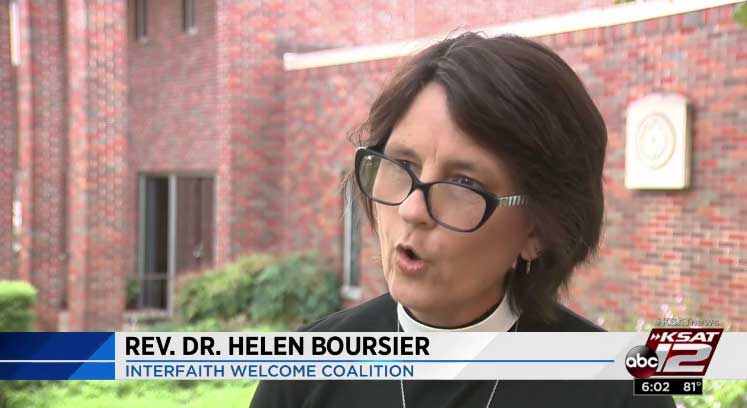 Seen on WOAI 4, 28 September, 2018
VIA testing new sensor system on buses to reduce pedestrian deaths
Large blind spots on the sides of buses sometimes make it difficult to see the elderly and disabled. 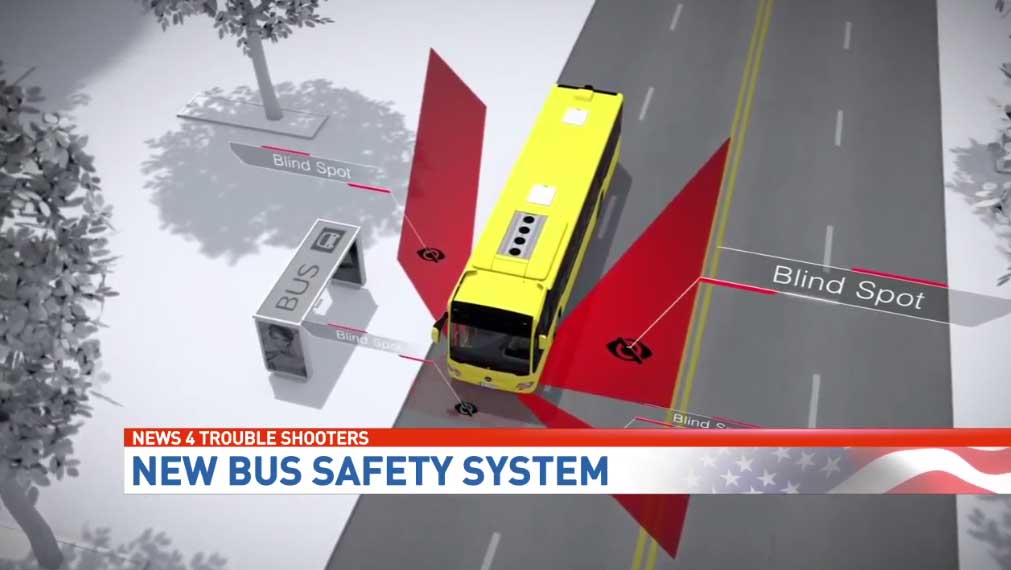 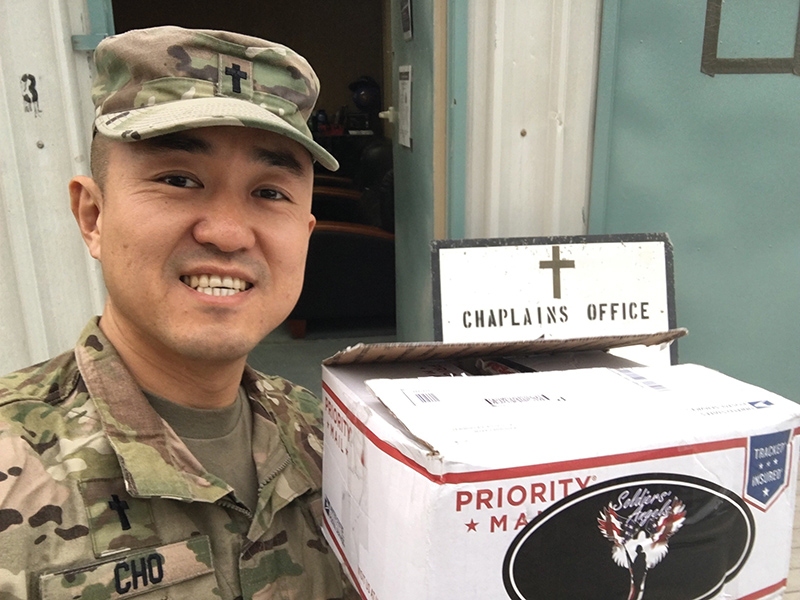 Found in the Rivard Report, 30 October, 2018
Thousands of SA Residents Rely on Assistance for Water Bills
“Every [affordability assistance] application isn’t a piece of paper, it’s a family.” 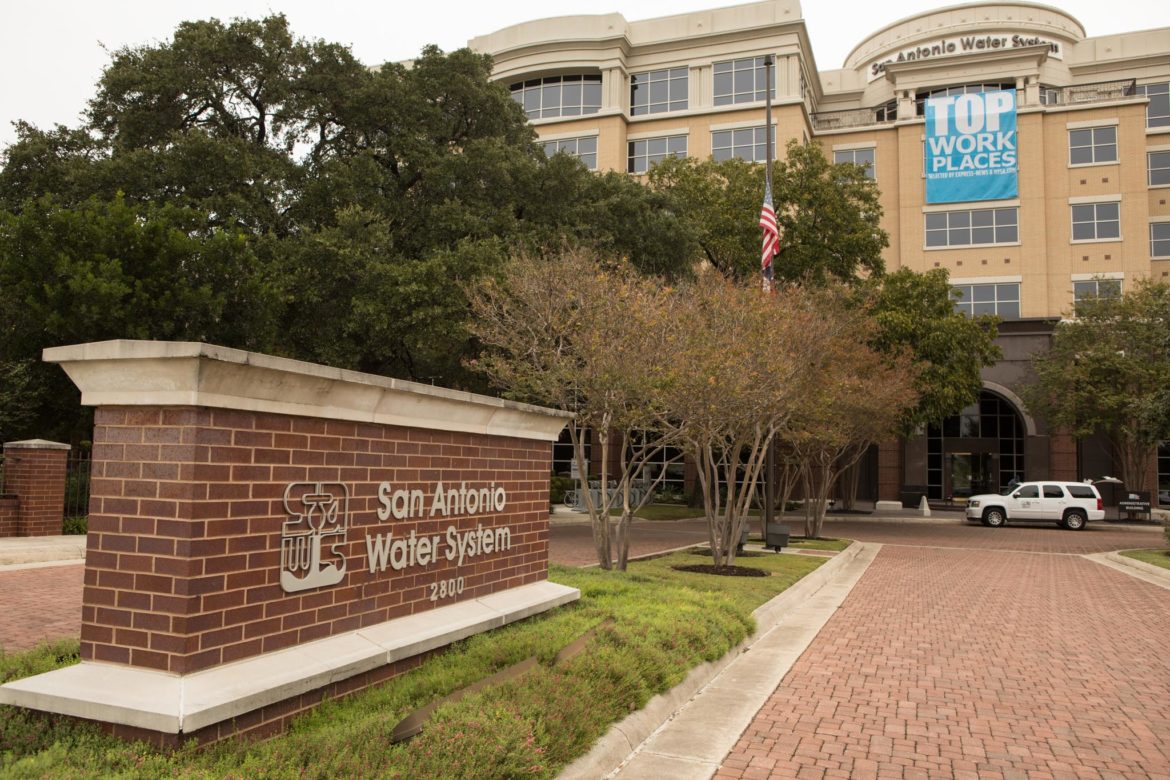 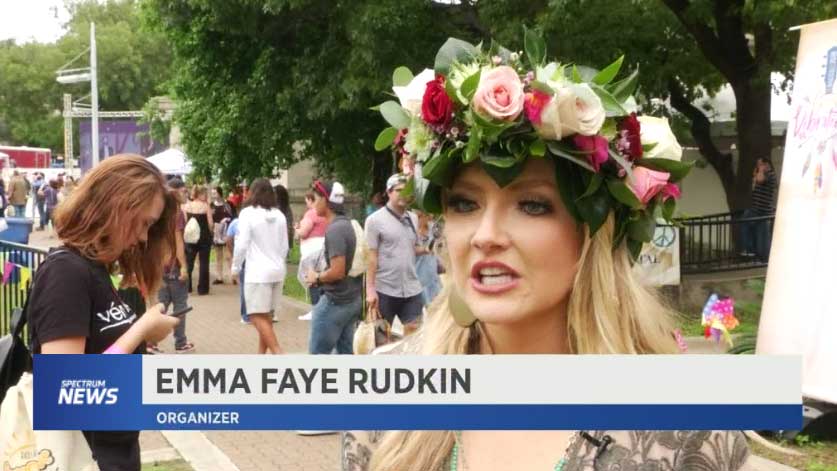 Found in the Rivard Report, 30 September, 2018
Walking Out of the Darkness After the Suicide of a Loved One
“Volunteering brings me a measure of tranquility. It is a way to heal.” 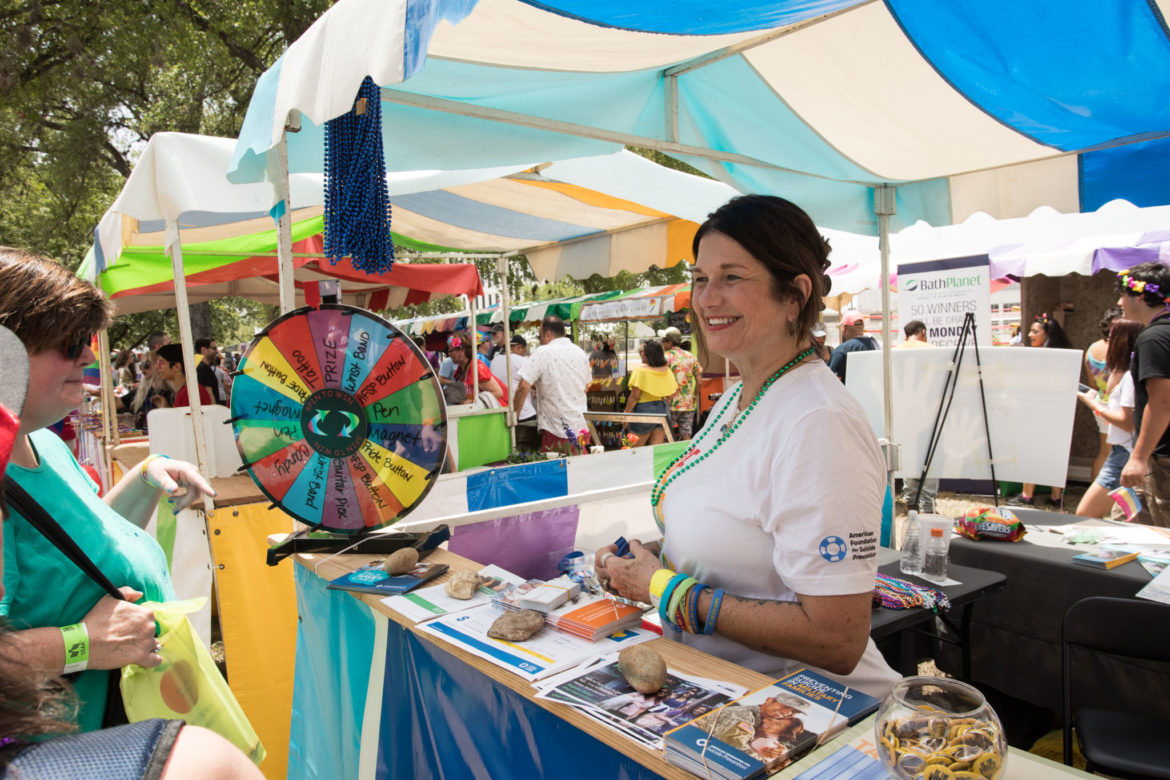 Found in the Rivard Report, 30 September, 2018
Sunshine, New Features Draw More Than 67,500 Downtown for Síclovía
The Believe It Foundation offered adaptive bicycles on-site across from Maverick Park to promote inclusion for participants of all abilities. 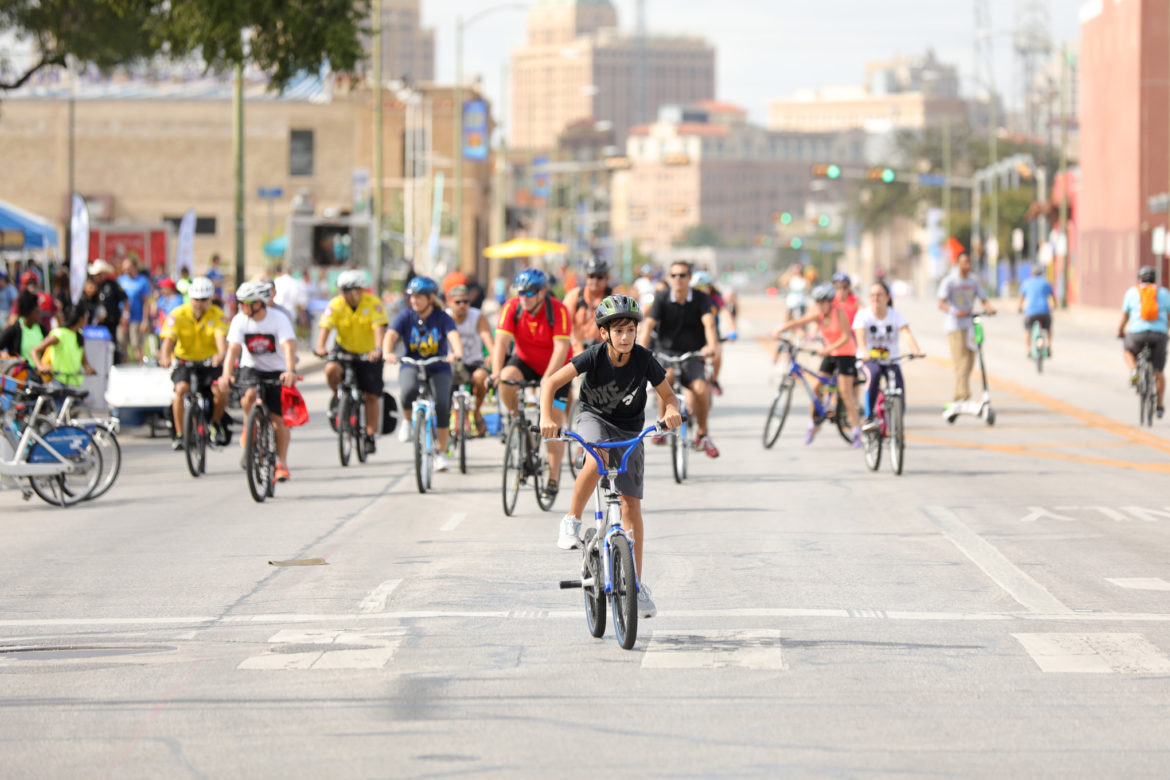 Found in the Express-News, 1 October, 2018
H-E-B executive, Hispanic chamber chair — and San Antonio’s first lady
“I’m looking for people that have compassion, because it’s their job to tell the story of the customer back to our executives. And you can’t really do that unless you have compassion for the other.” 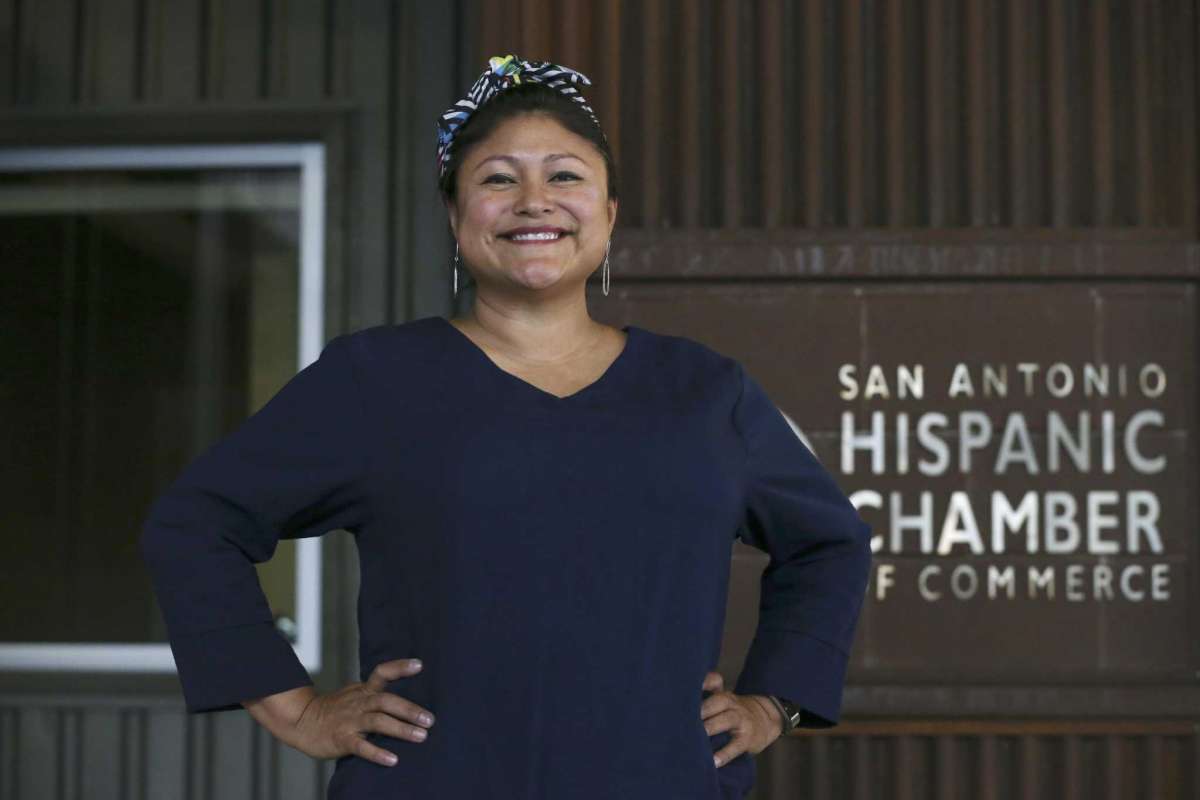 Seen on KSAT 12, 30 September, 2018
Rackspace prioritizes giving back to community with volunteer initiatives
“We draw from the community, so it’s only appropriate that we give back.” 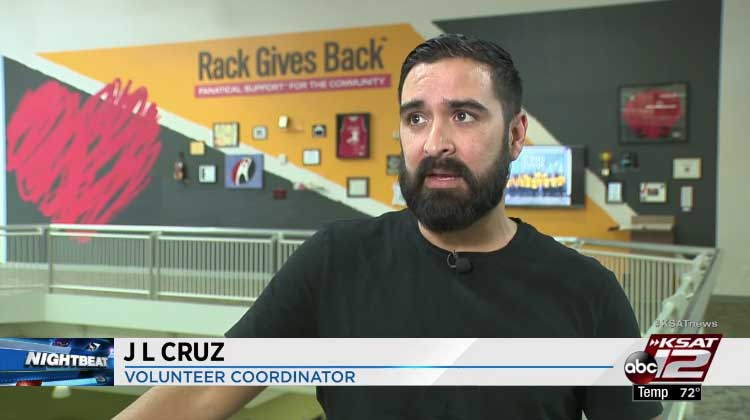 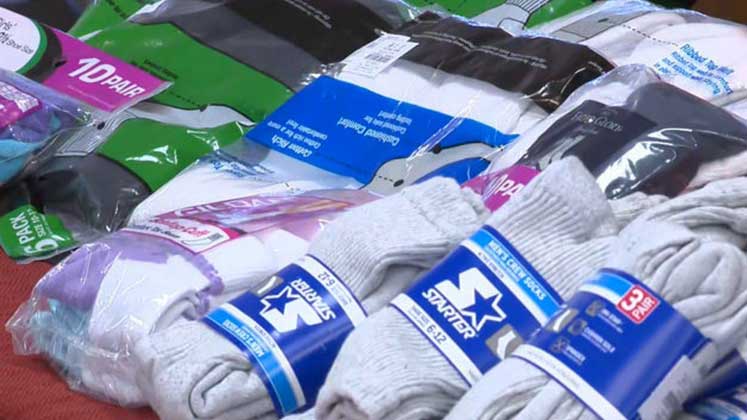 Seen on KSAT 12, 2 October, 2018
QuikTrip convenience store to include ‘Safe Place’ for youths in danger
QuikTrips are open 24 hours a day, making them accessible to young people that need help, and the employees there are trained to respond. 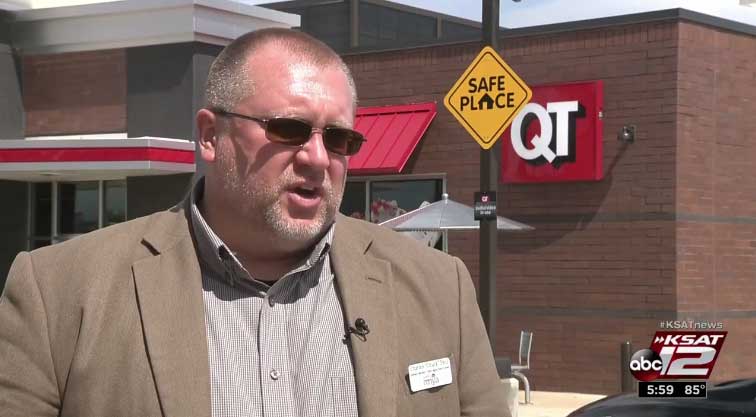 Seen on KSAT 12, 2 October 2018
National Night Out makes fighting crime, educating people fun
Councilman Cruz Shaw: “This shouldn’t be the only time that our neighbors get together, break bread together. We should be doing this ongoing.”

Found in the Express-News, 2 October, 2018
National Night Out aims to create safer, friendlier neighborhoods
“In order to build a community, we have to watch each others’ backs.” 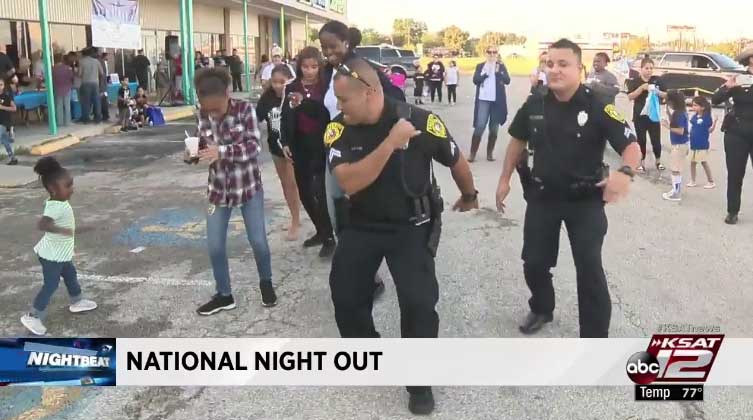 Found in the Express-News, 3 October, 2018
Spurs’ youth league has lifted children from streets to NBA
“The cycle of poverty is difficult to escape. The SYBL is actually investing in human capital, making sure these kids have a chance to make it out and reach their potential.” 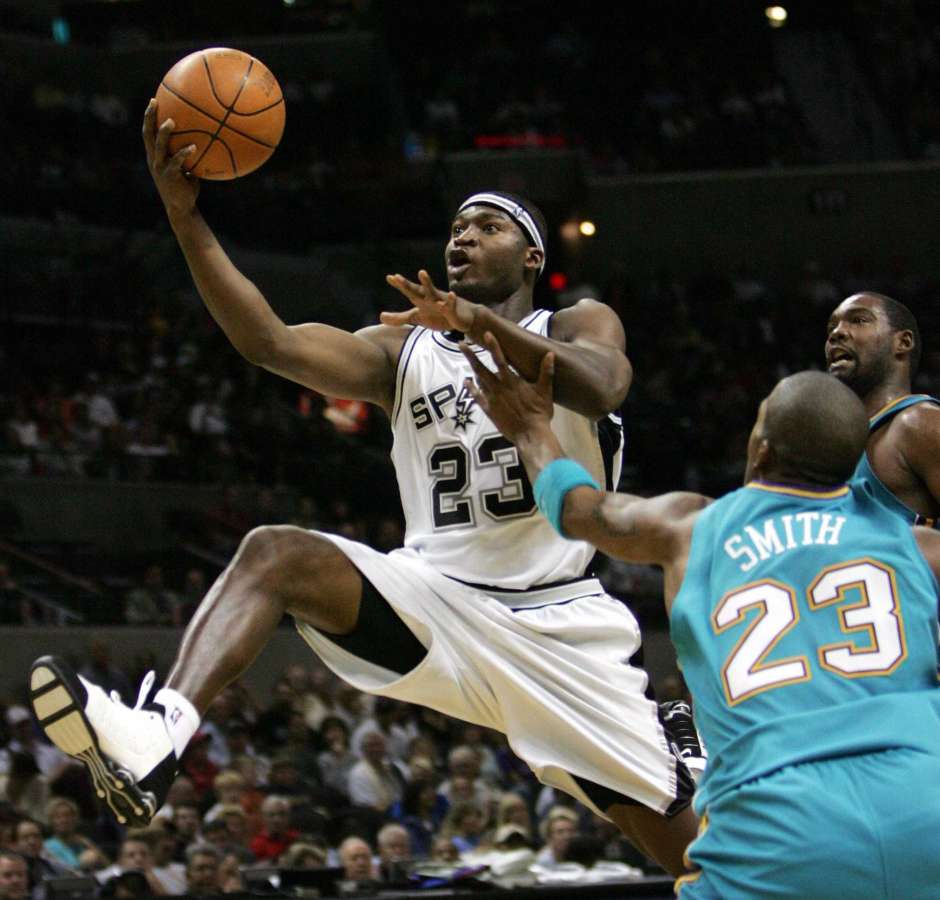 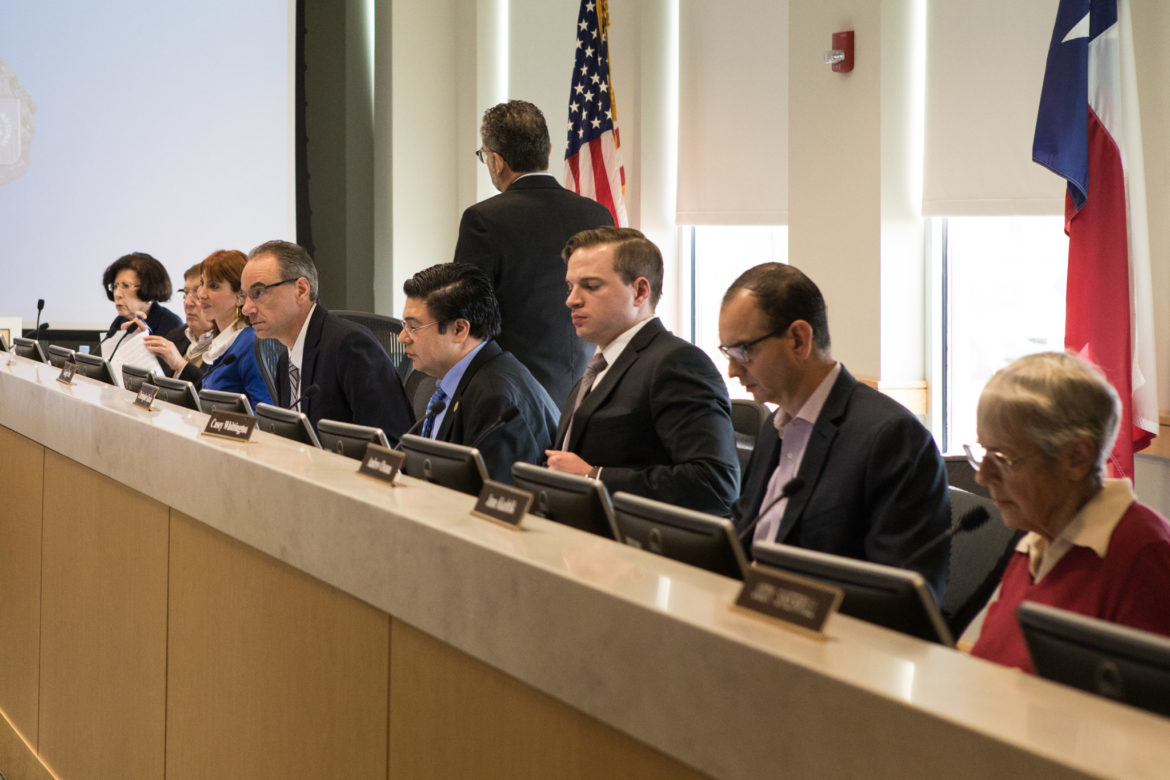