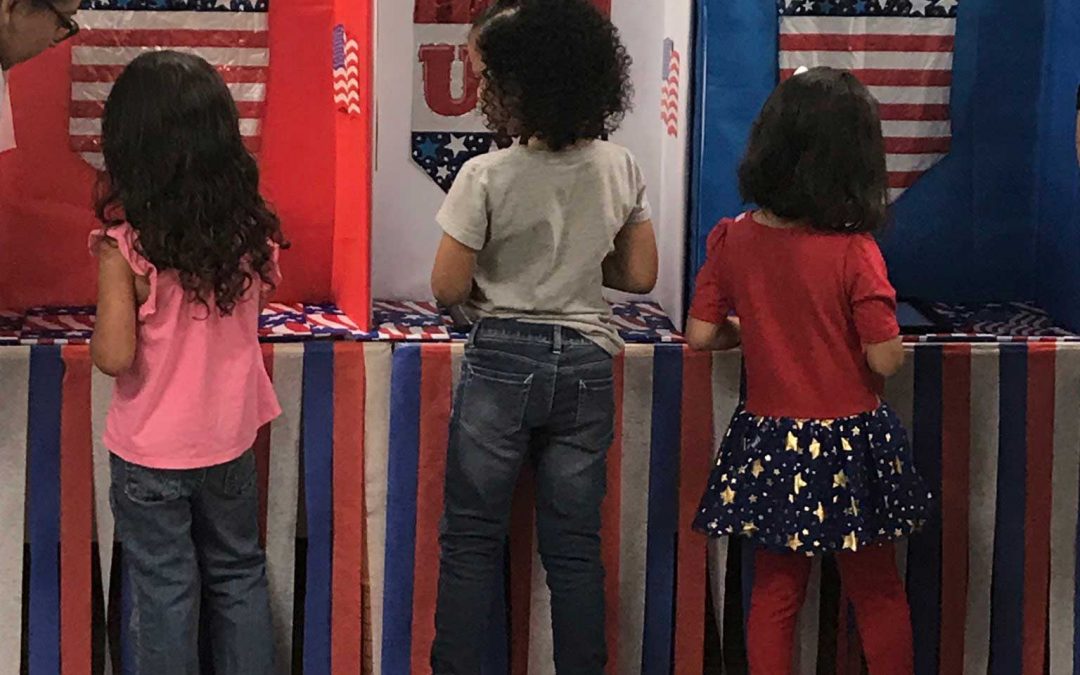 Above: PreK4SA students voted for their favorite non-profit. It’s never to early to teach civic engagement! And below: members of the 1st Unitarian Universalist Church walked in the CROP Hunger Walk on November 4, at Walker Ranch. Funds raised support local hunger-fighting groups and the global and national work of Church World Service. Every Wednesday (Okay, we missed last week . . .) we bring you this #compassionateSA news roundup. Follow us on Twitter @compassionNET1 to get the news faster. And don’t forget to use the hashtag #compassionateSA. 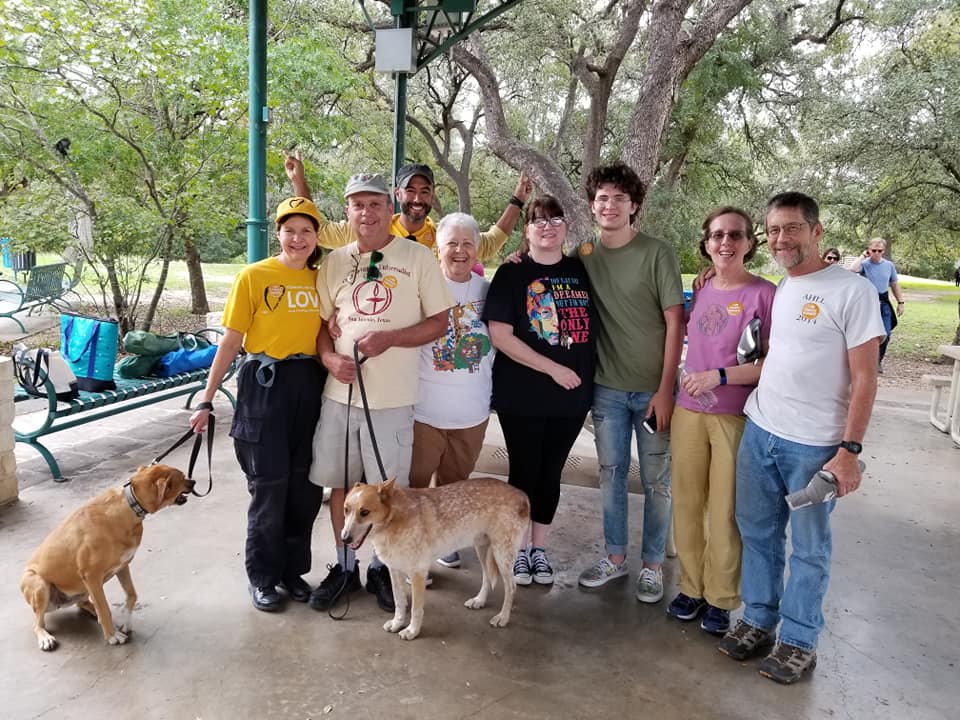 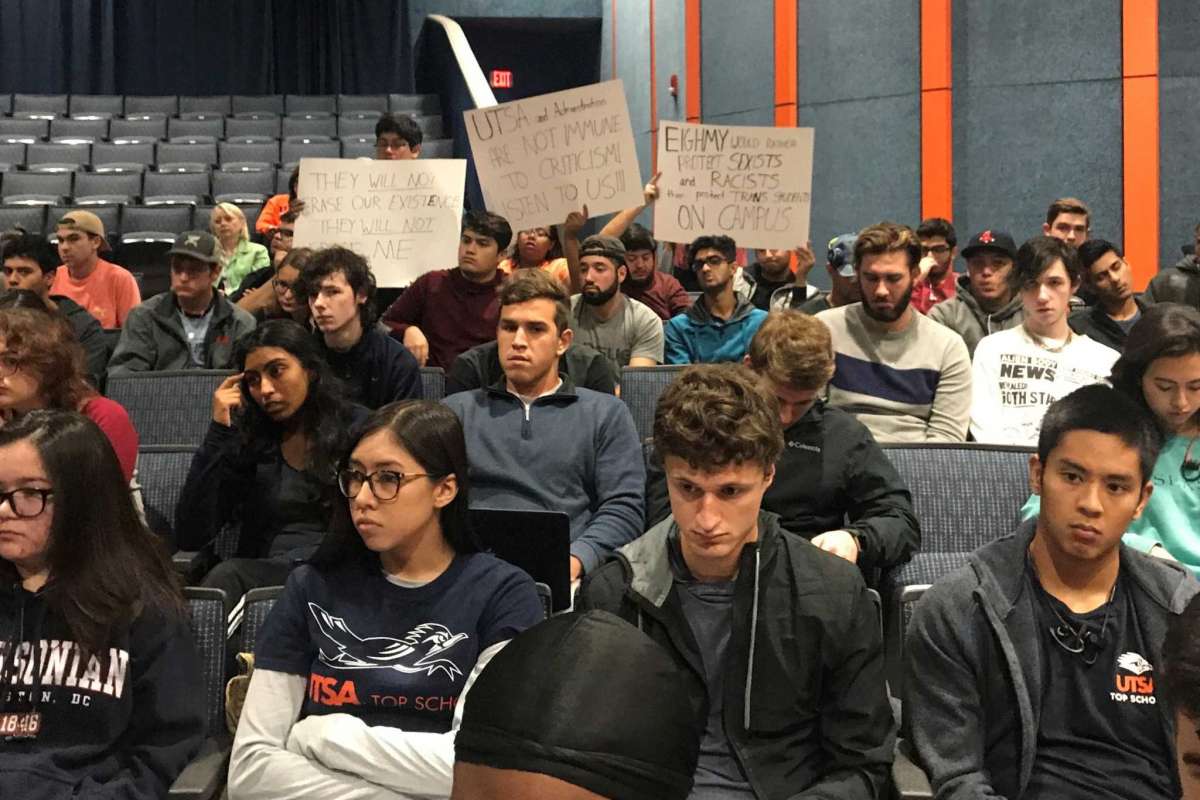 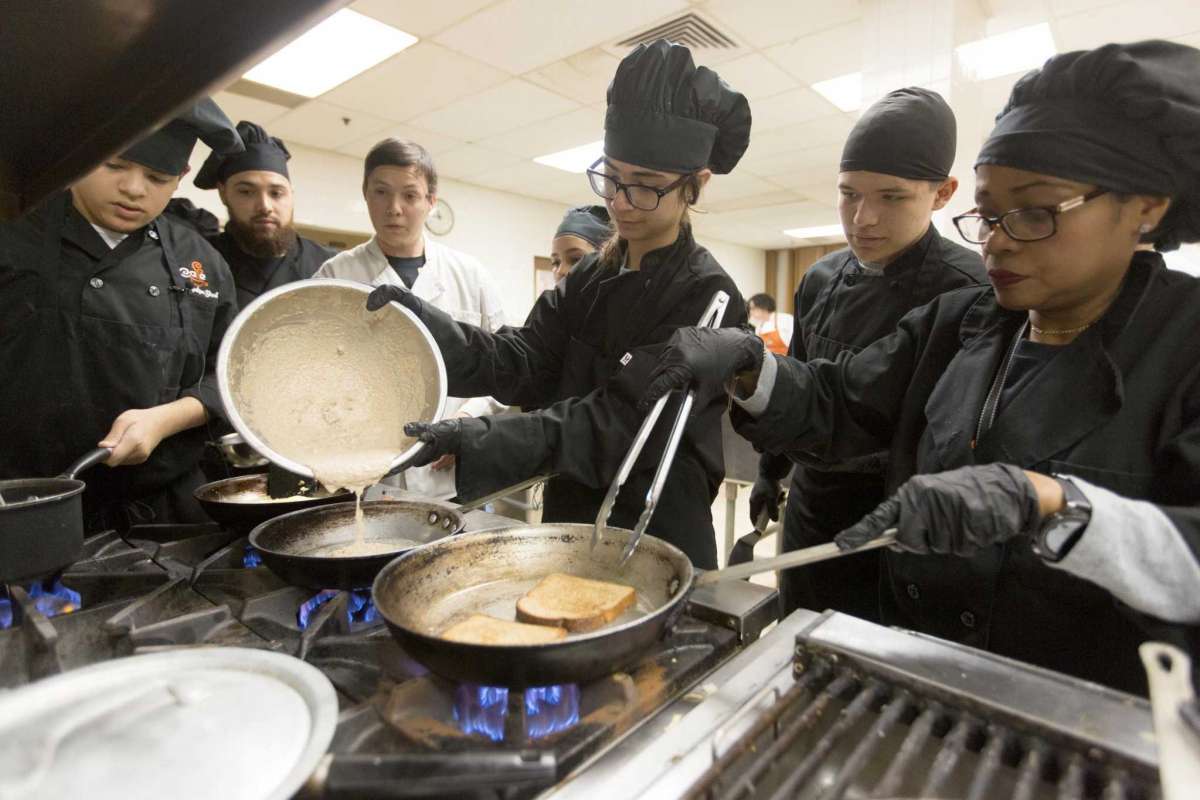 Found in the Rivard Report, 24 October, 2018
Colonies North Elementary’s Parade of Nations Celebrates Diverse Backgrounds, Immigration
Colonies North is one of two Northside ISD “newcomer” elementary schools where the district places refugees and asylum seekers to start their education in their new country. 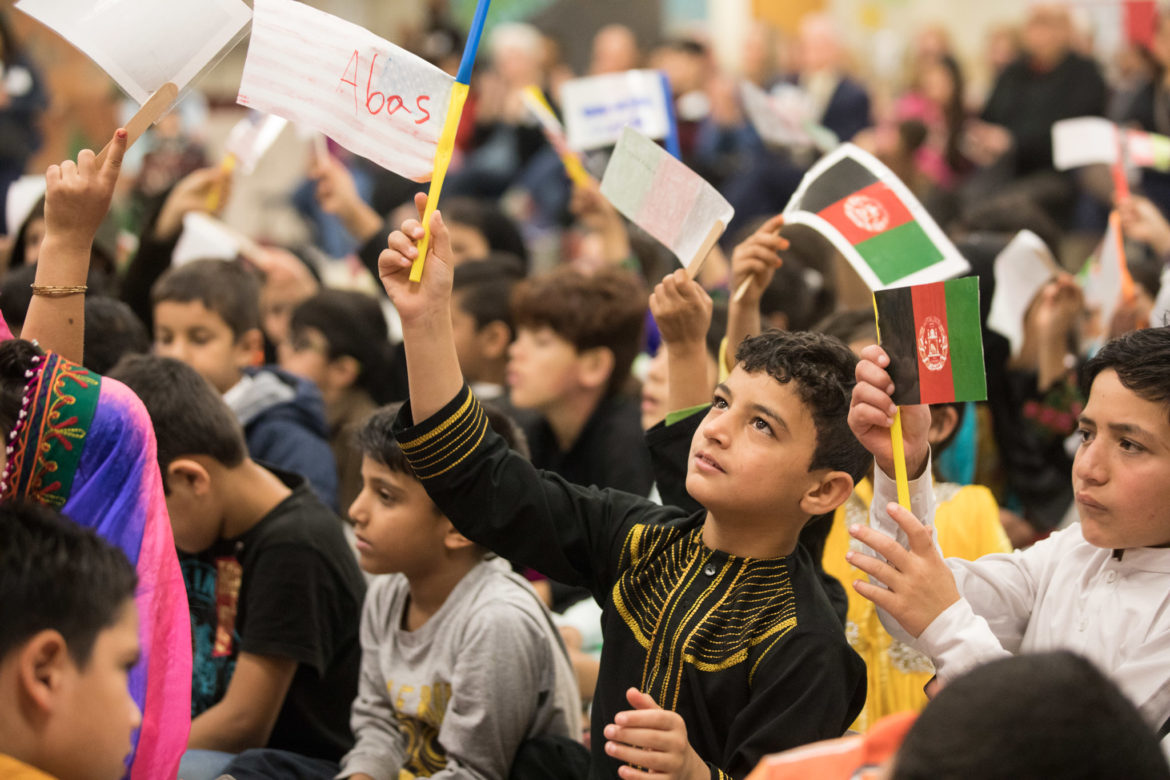 Found on WOAI 4, 25 October, 2018
Catholic Charities preparing for migrant caravan
“We help everybody, we are not here to judge.” 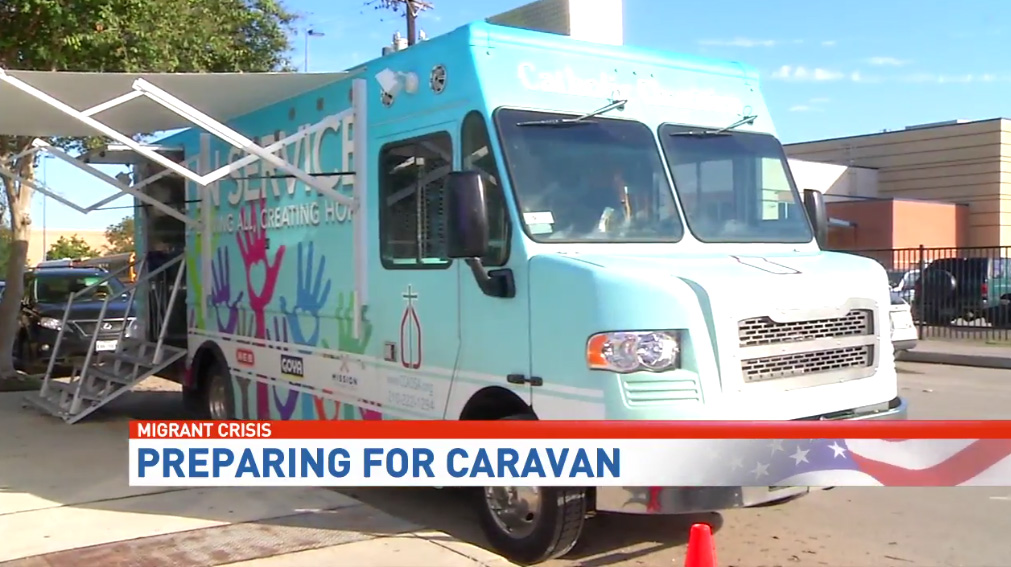 Seen on KSAT 12, 27 October, 2018
Members of San Antonio synagogue call for togetherness after deadly Pittsburgh shooting
Despite this being a horrific event, the Jewish community has come together closer and stronger and will be more present to show that this kind of hate will never prevail.

Found in the Express-News, 4 November, 2018
Rabbi Nathan: Standing together a hopeful sign good will overcome evil
“Jewish tradition also teaches that each person is created in the image of God, and that each person has a yetzer ha Tov and a yetzer ha Rah, an inclination toward good and an inclination toward bad. It is not only our daily task, but really our life’s work to maintain a balance toward the good.

Found in the Express-News, 4 November, 2018
Mayor Nirenberg: After shooting, we must resist anti-Semitism, racism
“Together we can make our city and our nation a better place. We can reaffirm our faith in the power of love. We can do the difficult but worthy work of tikkun olam. We can repair the world.” 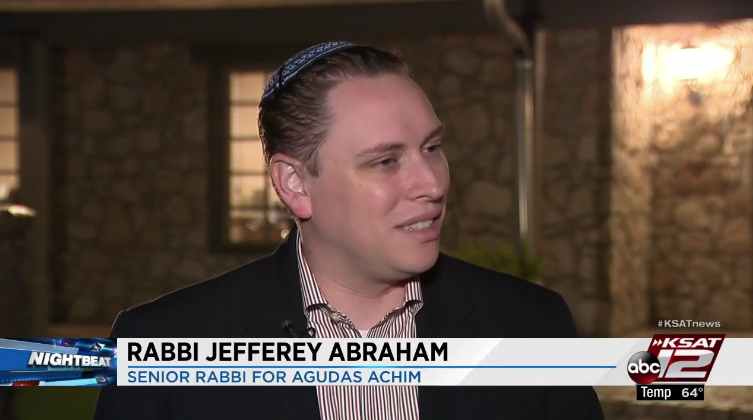 Found in the Express-News, 28 October, 2018
‘HIS WAS THE VOICE OF HUMANITY’
“The task a minister has is to make life better for people whether they are black, white or Hispanic,” The Rev. Claude Black said. 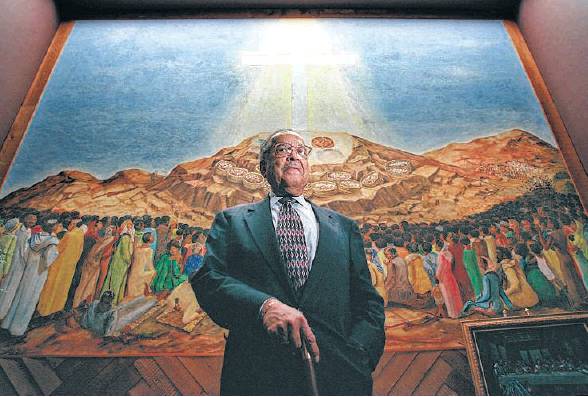 Found in the Express-News, 28 October, 2018
Oscar Romero’s life calls to us in face of migrant caravan
“Remember our own immigrant roots and our deepest yearnings for liberty and justice for all. We must speak out as people of faith and goodwill and continue to be a beacon of hope for those huddled masses yearning to be free.” 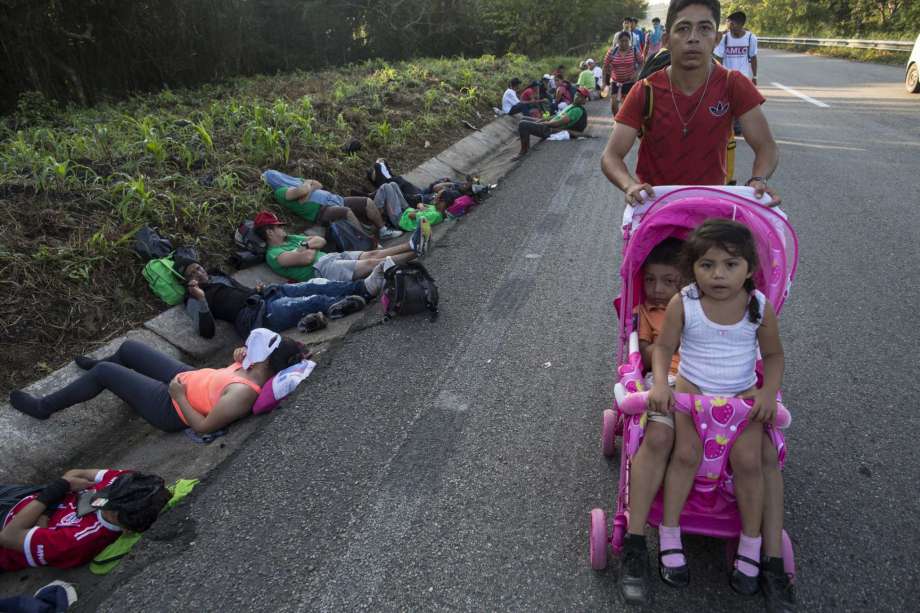 Seen on KENS 5, 28 October, 2018
‘Cars and Candy’ raises money with classic and modern cars to help the homeless
“They are a great organization that helps get people back on their feet and really give them a second chance after they’ve had hardships.”

Seen on KENS 5, 28 October, 2018
San Antonio announces support for Pittsburgh after deadly synagogue shooting
Mayor Nirenberg: “Our communities and the nation as a whole must stand strong against intolerance and strive toward a path of compassion and understanding that heals the deep animosities that are plaguing our society.” 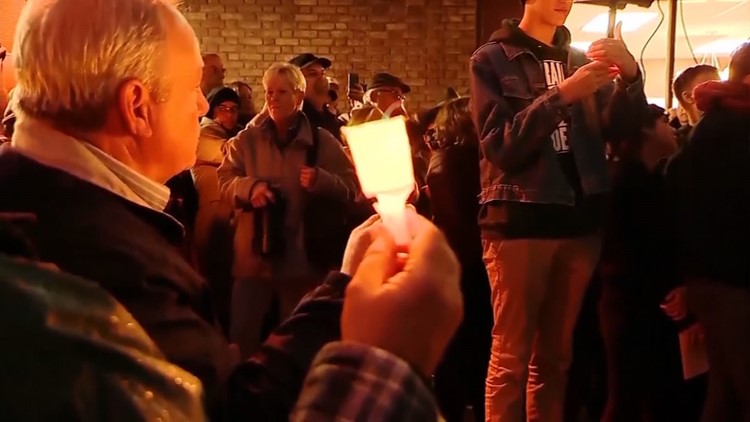 Seen on FOX 29, 29 October, 2018
Local artists paint the columns beneath I-35 in San Antonio
“Hopefully we create some sort of landmark in San Antonio. Just a place where everyone can feel welcome.” 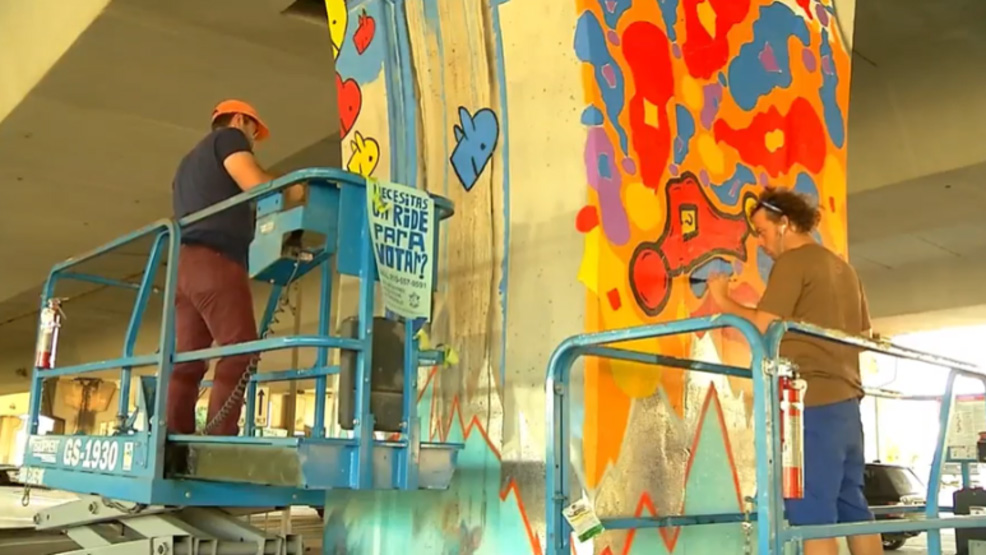 Found in the Rivard Report, 29 October, 2018
Noted Ad Man Lionel Sosa Pitching Idea of Success to Disadvantaged Students
Lionel Sosa: “What we want to do is disrupt the cycle of generational poverty.” 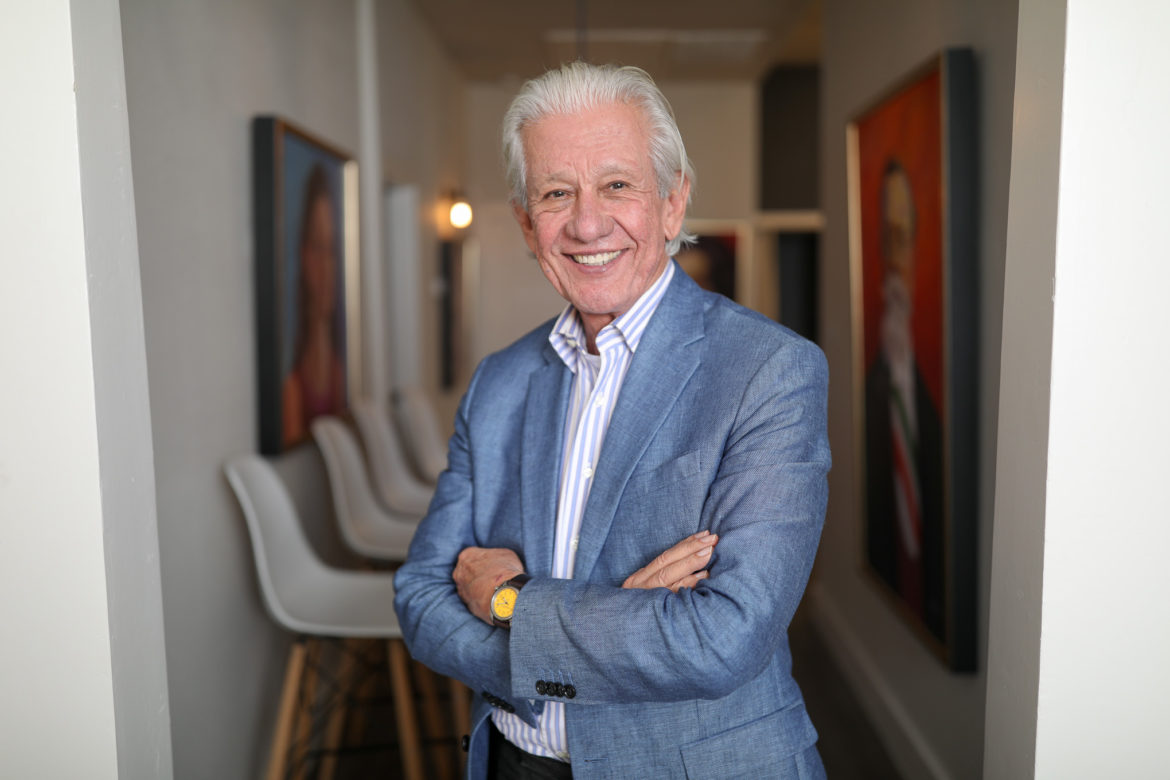 Seen in the Rivard Report, 30 October, 2018
San Antonians Rally Around Jewish Community after Pittsburgh Shooting
Mayor Nirenberg: “Evil has a face, and its name is hate. Anger and fear cannot defeat hate. Only love and compassion can triumph over bigotry.” 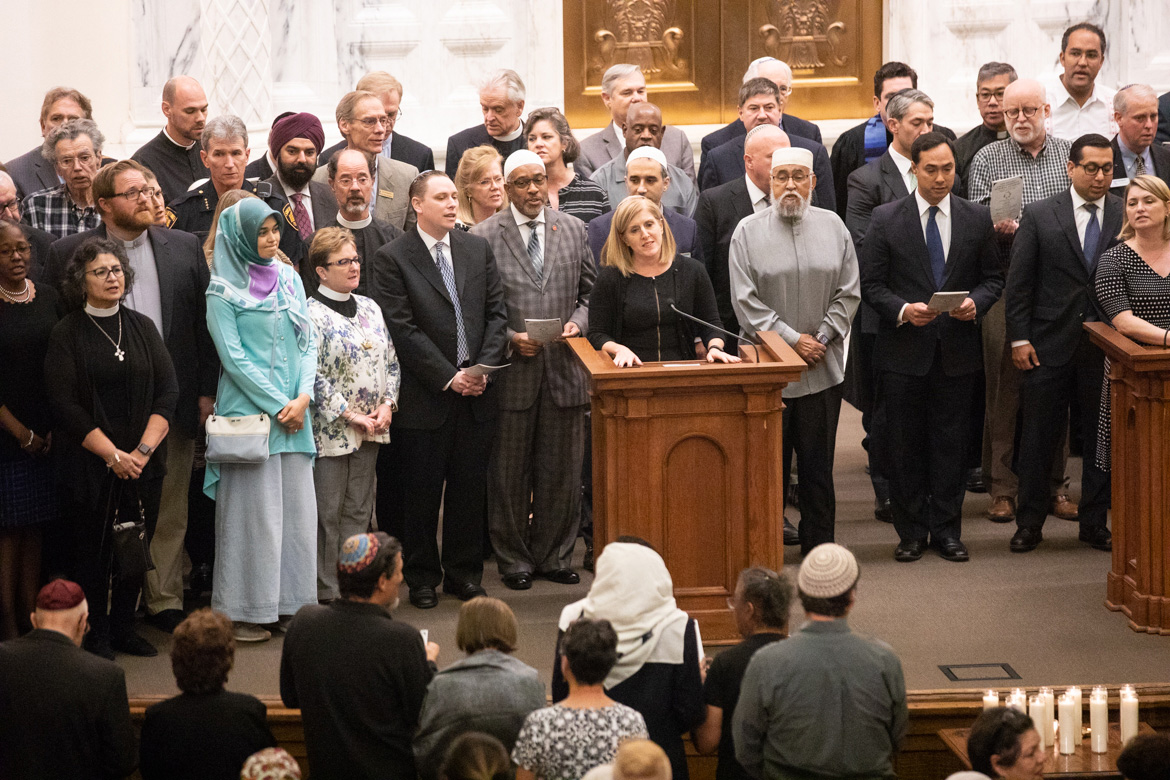 Found in the Express-News, 3 November, 2018
San Antonio March Out Hunger food drive to aid military community
The goal is to collect 300,000 pounds of food, which is equal to 234,375 meals. According to a Hunger in America study, 1 in 5 households served by a food bank has at least one person who served or is currently in the military. 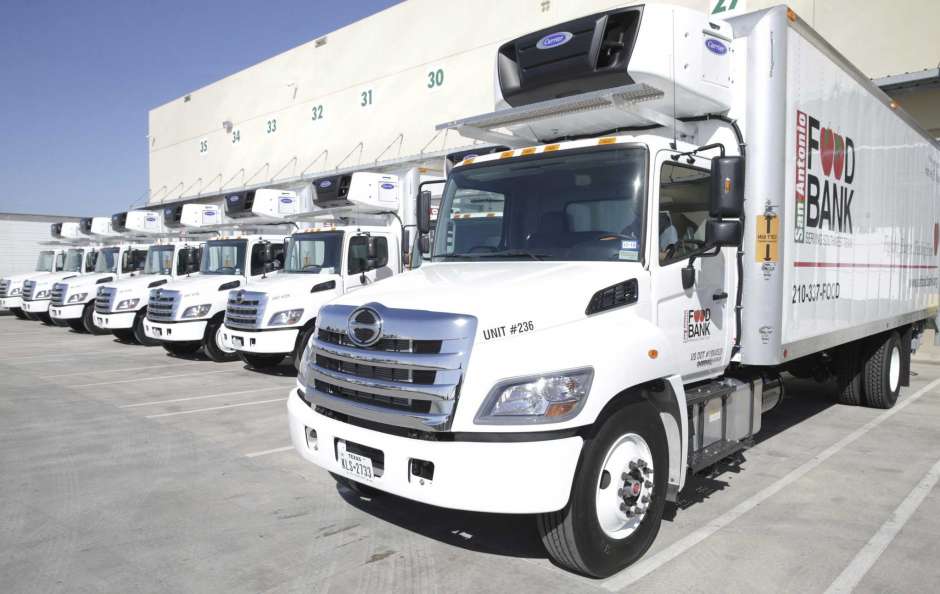 Found in the Express-News, 3 November, 2018
Morgan’s Wonderland aims to make Shakespeare inclusive
“I want them to walk out saying, ‘This is a great show. Oh, wait, and they have special needs.’ ” 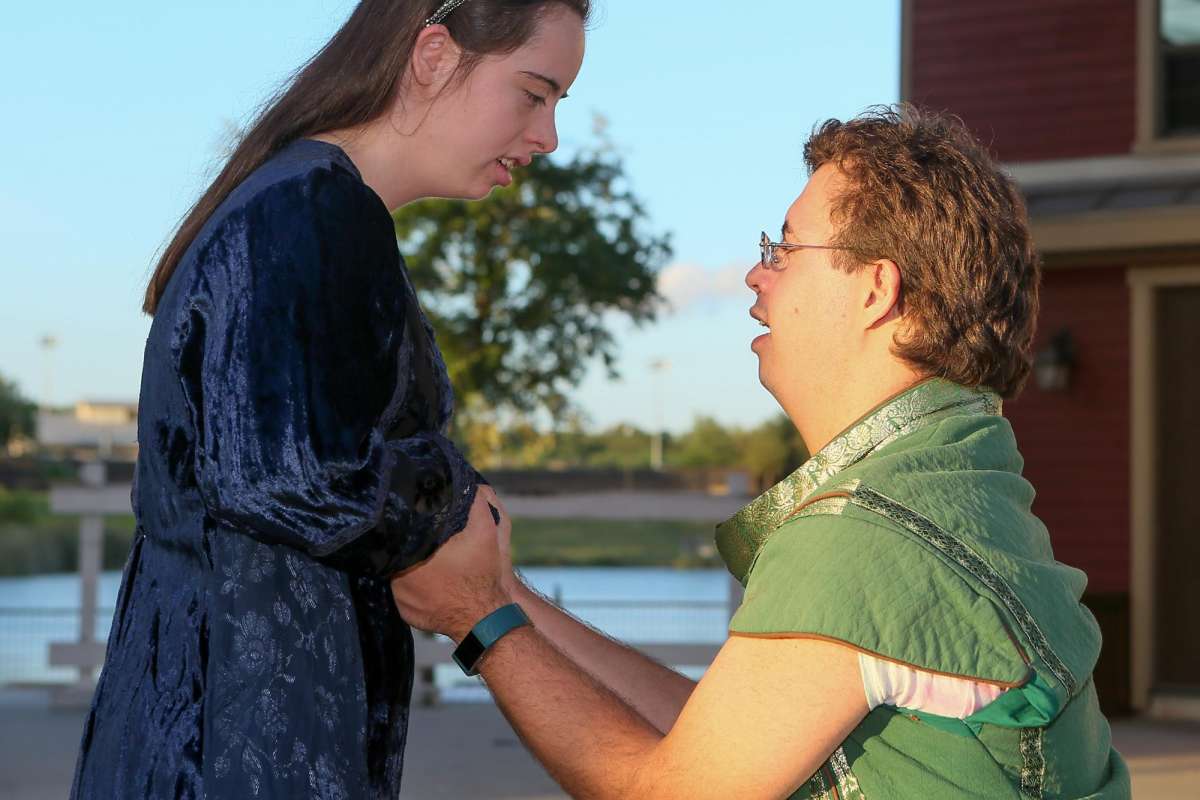 Found on Texas Public Radio, 2 November, 2018
Asylum-Seekers Find Help In San Antonio
The coalition offers snacks and toiletries. They help interpret the English on the bus tickets to the newly-arrived-about-to-depart-again for parts north. 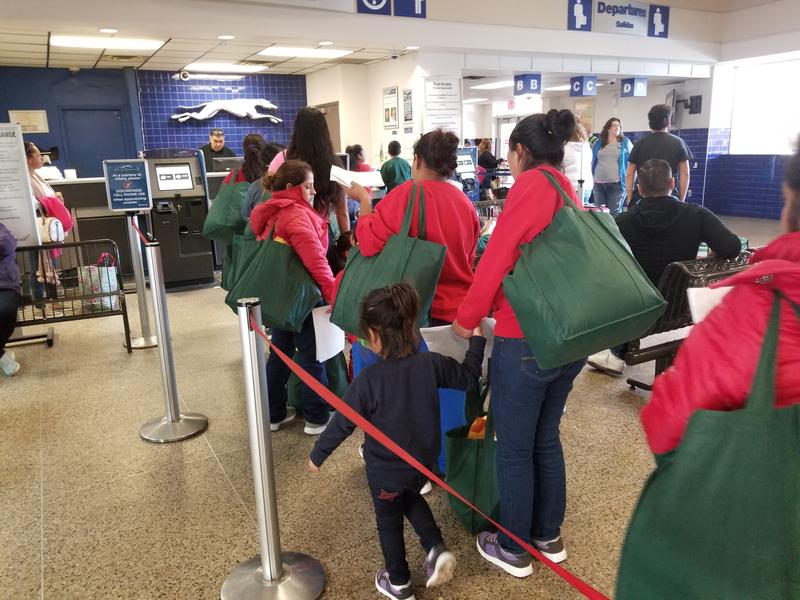 Found in the Express-News, 4 November, 2018
Indian festival celebrates light over the darkness of evil
San Antonio’s Diwali festival focuses on “very universal themes that everyone can participate in,” said Anuja SA President Kausi Subramaniam. “It basically celebrates the victory of good over evil, light over darkness and knowledge over ignorance.” 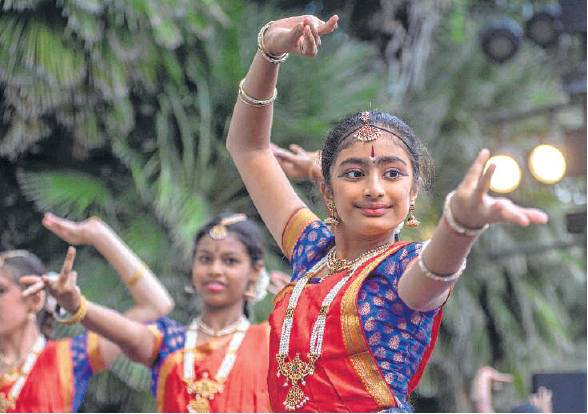 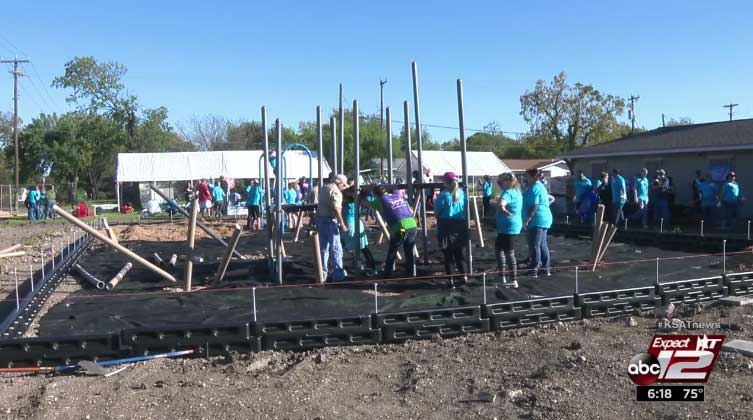 Seen on Spectrum News, 3 November, 2018
Nonprofits Hold Event to Feed Eastside San Antonio Community
The cook out came about when SAGE realized they had extra food from a previous event. After piling up the plates, the group handed it to those in the community who needed it most. 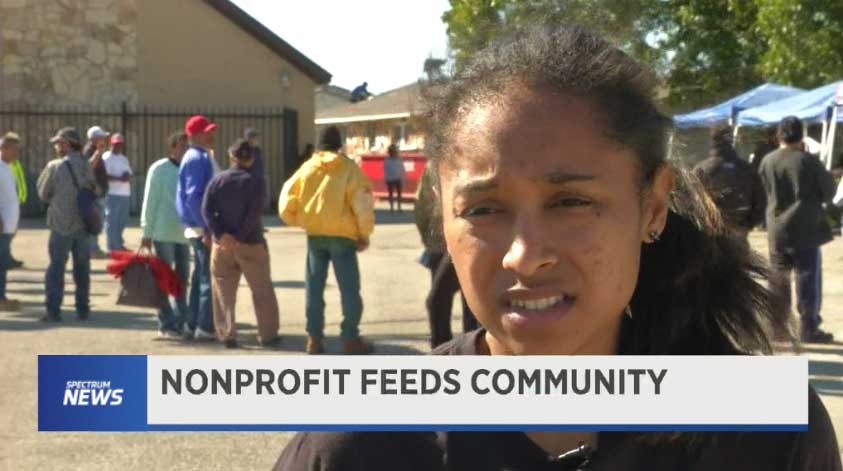 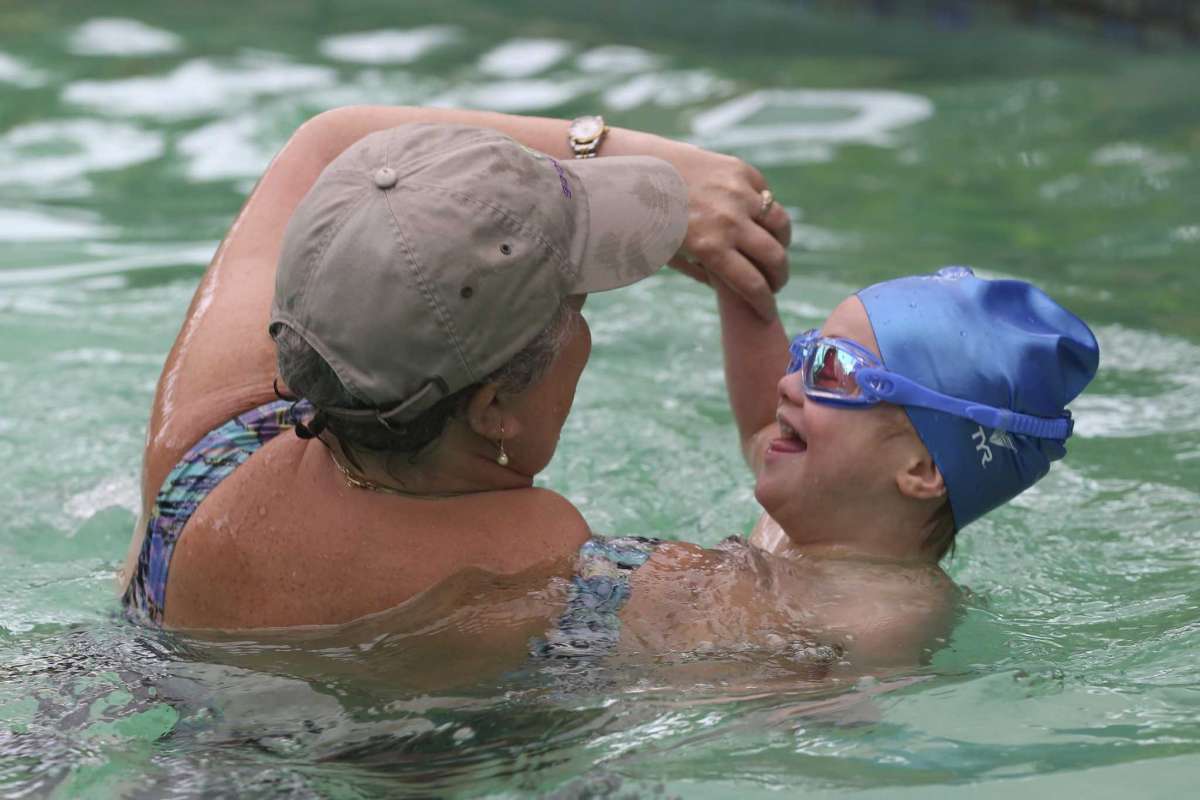 Seen on KSAT 12, November 2, 2018
San Antonio pastor discusses taking in immigrants from detention centers
“We are a block away from the Greyhound bus station. … we have this facility and during the week sometimes it’s vacant. So why not welcome others in?” 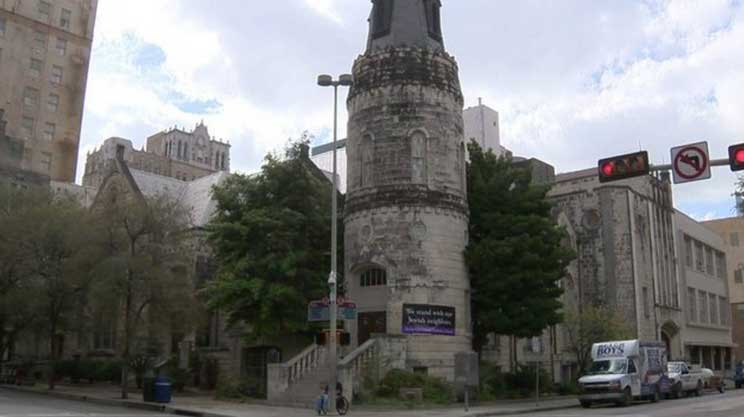 Found in the Current, 5 November, 2018
VIA Offering Free Bus Fare in San Antonio on Election Day
Since 2016, VIA has been providing complimentary rides on Election Day to encourage civic engagement and remove a common challenge for voters – transportation. 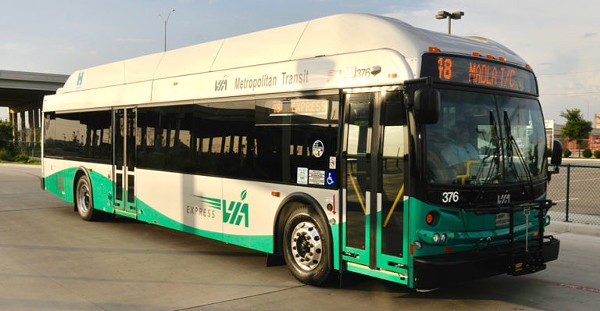 Found in the Rivard Report, 5 November, 2018
David Robinson To Mentor IDEA Carver Students in New Leadership Program
A large part of the program is devoted to an individual project in which students seek to effect change in the surrounding community. 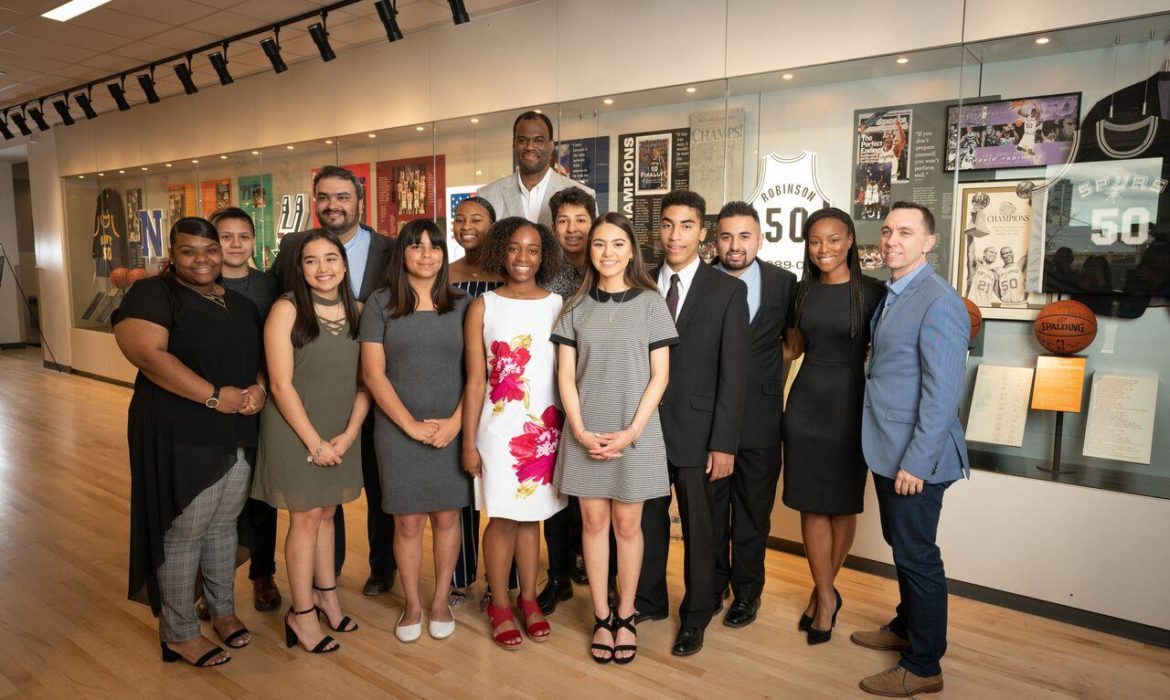 Seen on KSAT 12, 5 November, 2018
Doctors Without Borders brings awareness about humanitarian issues to SA
The interactive exhibition, named “Forced From Home Interactive Exhibit,” is taking place at 326 Main Plaza and is open through Sunday. 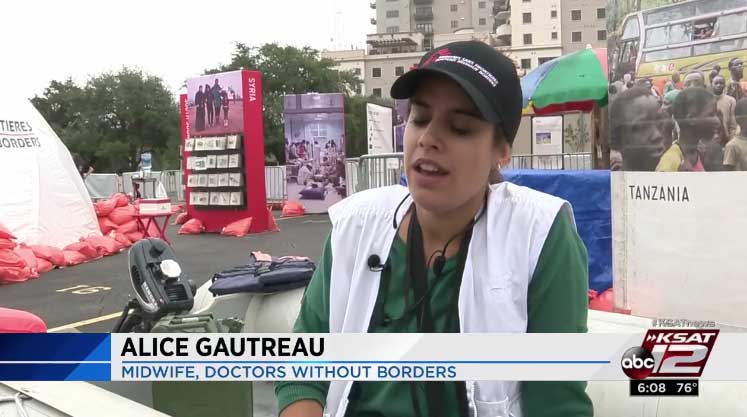 Heard on Texas Public Radio, 5 November, 2018
Southside ISD Breaks Ground For On-Campus Medical Clinic
Local philanthropist Kym Rapier donated more than $1 million to build and staff the clinic, which will help both students and teachers stay healthy and in school. 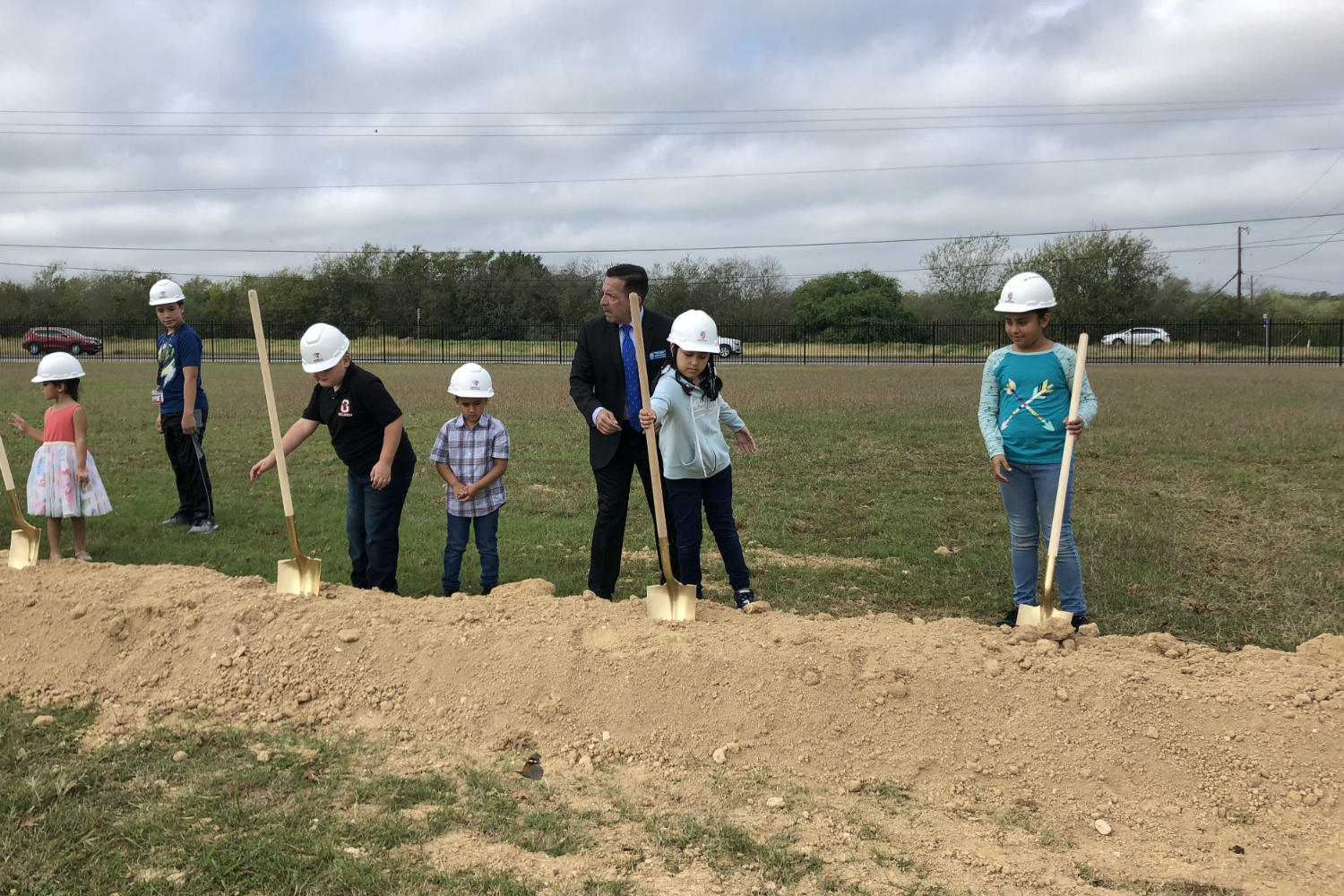