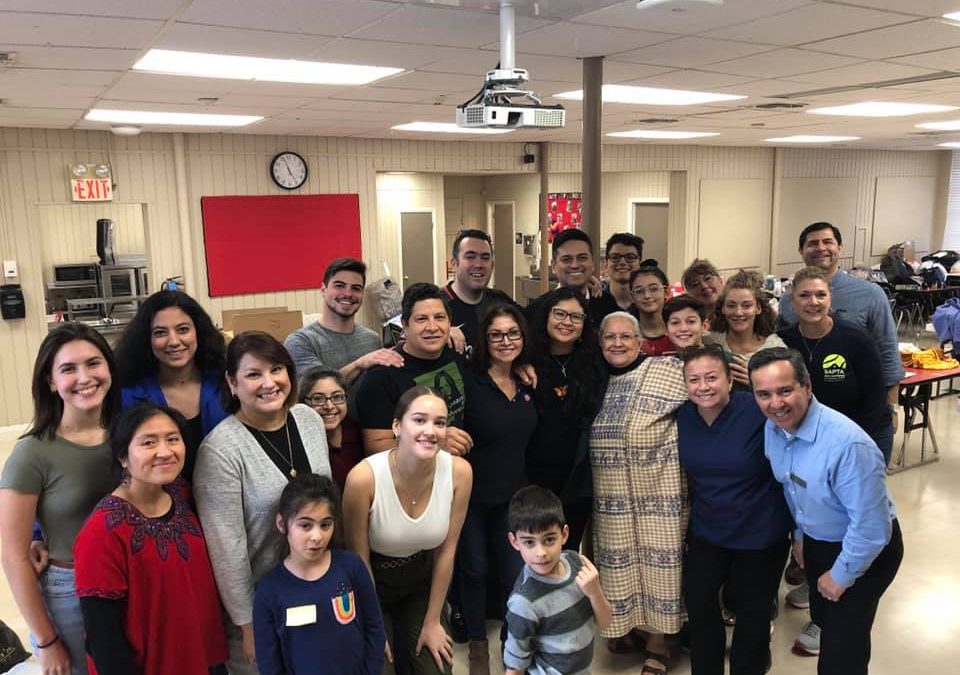 On short notice, hundred of people brought clothing & hygiene products, overflowing the cafeteria if the Keystone School, to fill a truck bearing gifts for the refugees at the Humanitarian Respite Center on the border, on Three Kings Day. The Magi are here and working hard in San Antonio. And, thanks to local nonprofit Forward In Fitness, San Antonio Mayor Ron Nirenberg (see him there off to the left, with a yellow shirt?) led a workout session with our the students at Stafford Elementary in the Edgewood ISD and spoke about the importance of living active and healthy lifestyles. We bring you this compassionate news roundup every Wednesday. If you want the news more quickly, follow us on Twitter @compassionNET1. And don’t forget to use the hashtag #compassionateSA so that we can find YOUR compassionate actions! 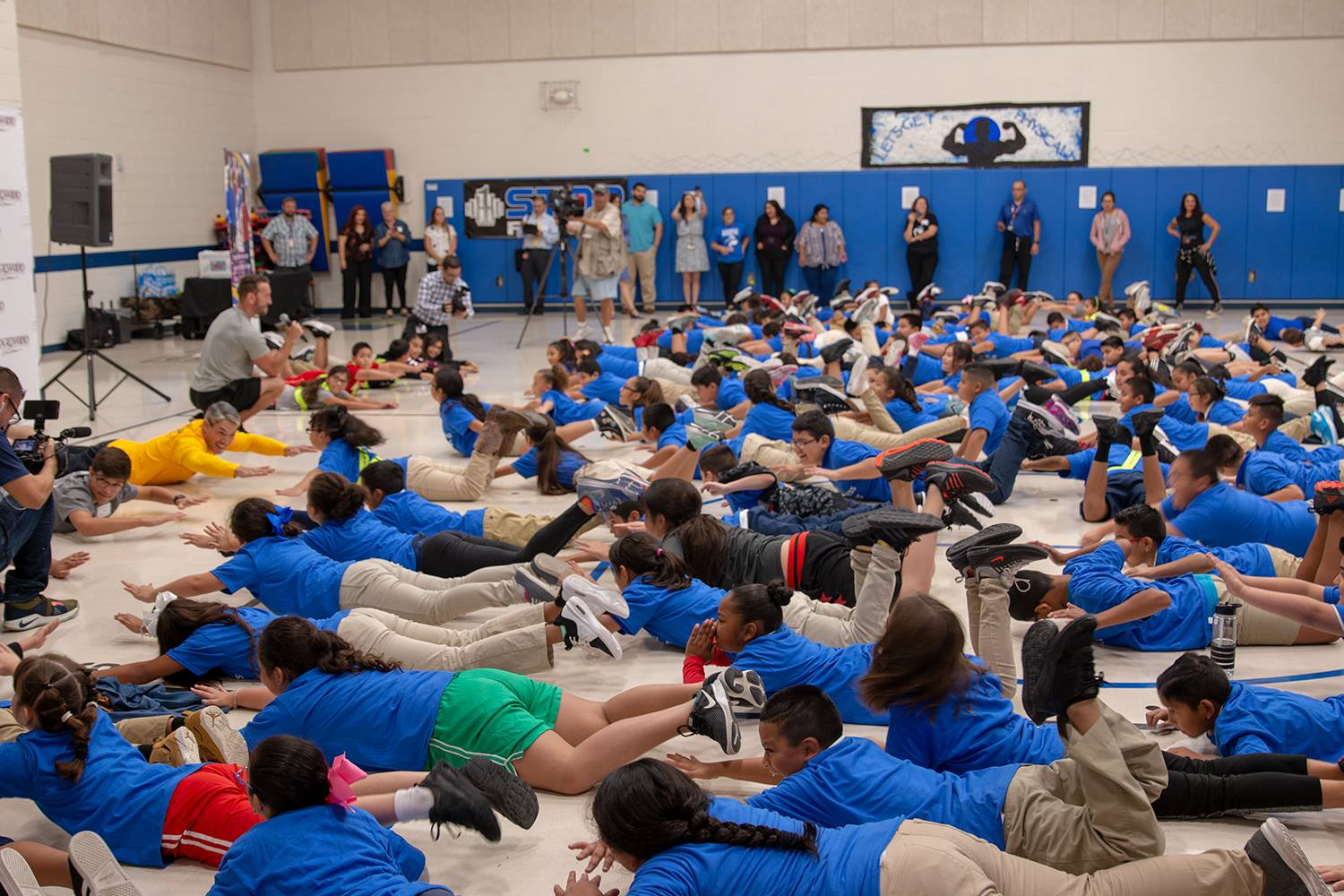 Found in the Express-News, 2 January, 2019
As Kawhi returns, fans have a choice
Coach Gregg Popovich is sincere in his (naive?) hope that tonight’s game atmosphere will have everyone treated “with kindness and respect.” 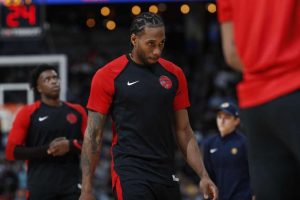 Seen on KENS 5, 2 January, 2019
Why blood donors are needed after the holidays
“As I learned about the need, I realized they were cancer patients that need it, burn patients that needed blood and blood products, accidents, organ transplants.” 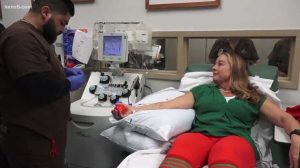 Found in the Express-News, 4 January, 2019
Thankfully, you can still use the bathrooms at San Antonio’s missions, despite federal shutdown
Bexar County staff has stepped in to clean some bathrooms: “People are out there walking around for two or three hours — going to the bathroom becomes sort of a necessity.” 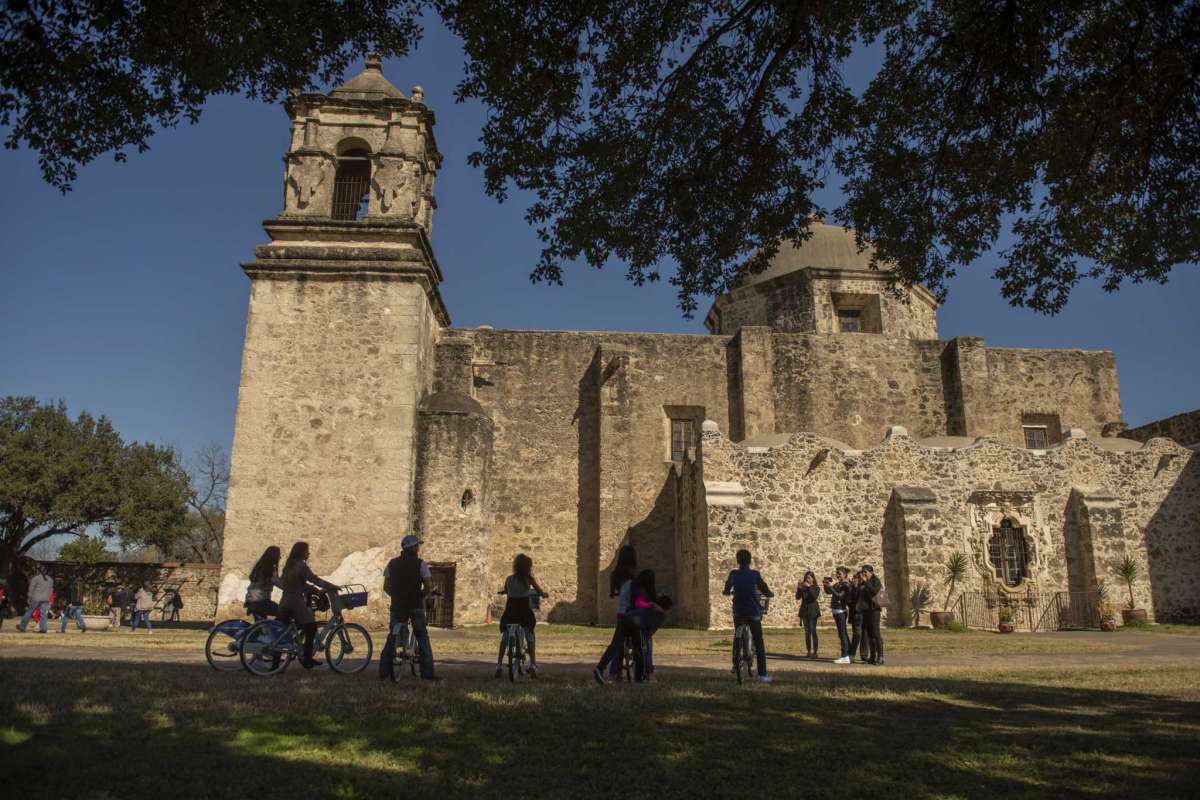 Found on FOX 29, 4 January, 2019
Battle with cancer leads local man and family to help children eat healthier
“We cannot in good conscience continue to serve the food that we’re serving at the daycare when we made significant changes to improve our own health.” 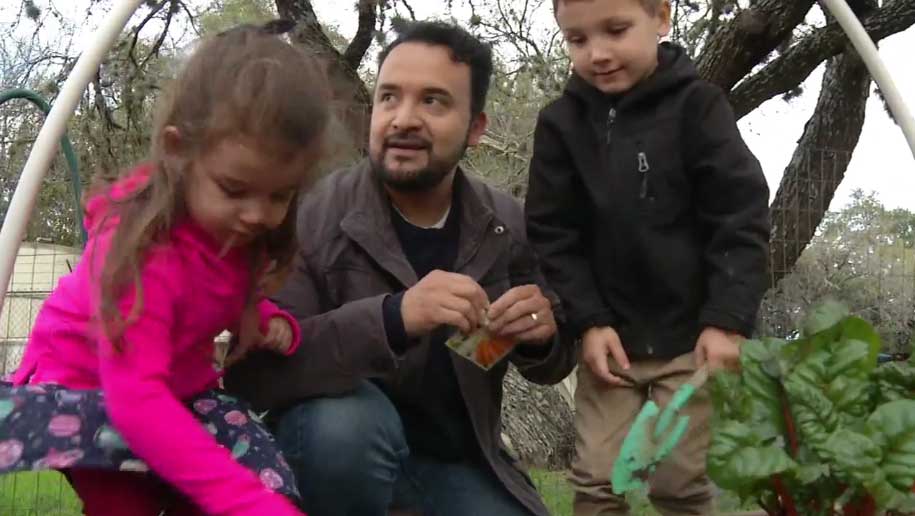 Found in Religion News Service, 4 January, 2019
What I learned teaching Islamic studies in Texas
“It’s not always easy to dismiss others’ fears. For one thing, these fears often have consequences for people who look like me. This is a reality that all people of color know because they live it every day of their lives.” 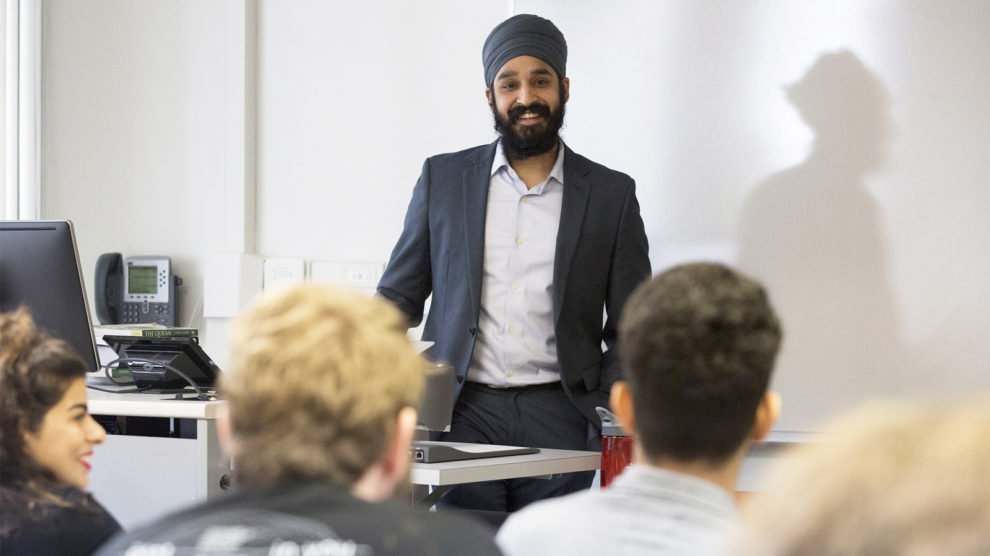 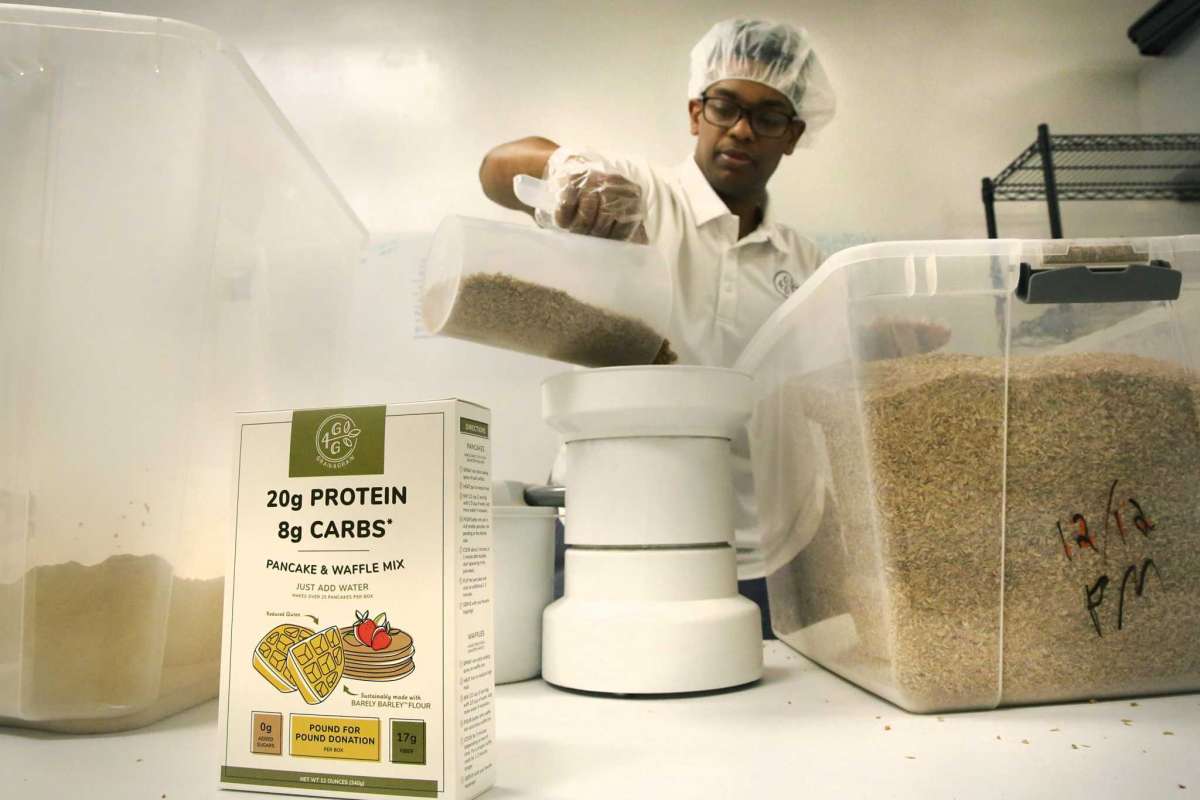 Seen on WOAI 4, 4 January, 2018
Spurs team up with Ashley Home Store to donate mattresses to underprivileged children
San Antonio Spurs players Bryn Forbes and Rudy Gay joined in on the fun with dozens of kids for the event. 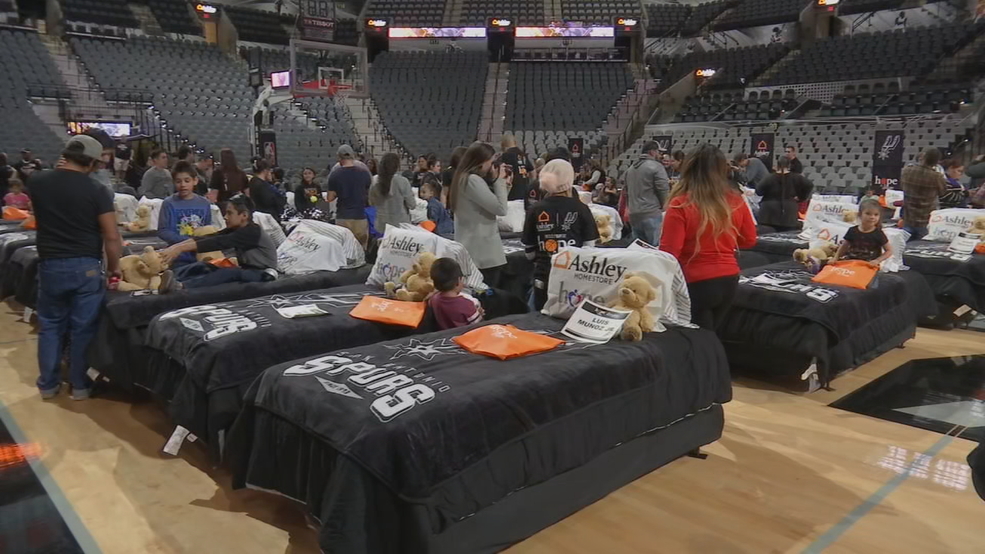 Seen on WOAI 4, 5 January, 2018
Battered women’s shelter building pet facility
A common tactic among abusers, they threaten to kill their victim’s pets if they try to leave.But now a plan is in place for pets, people here hoping it will bring more victims forward. 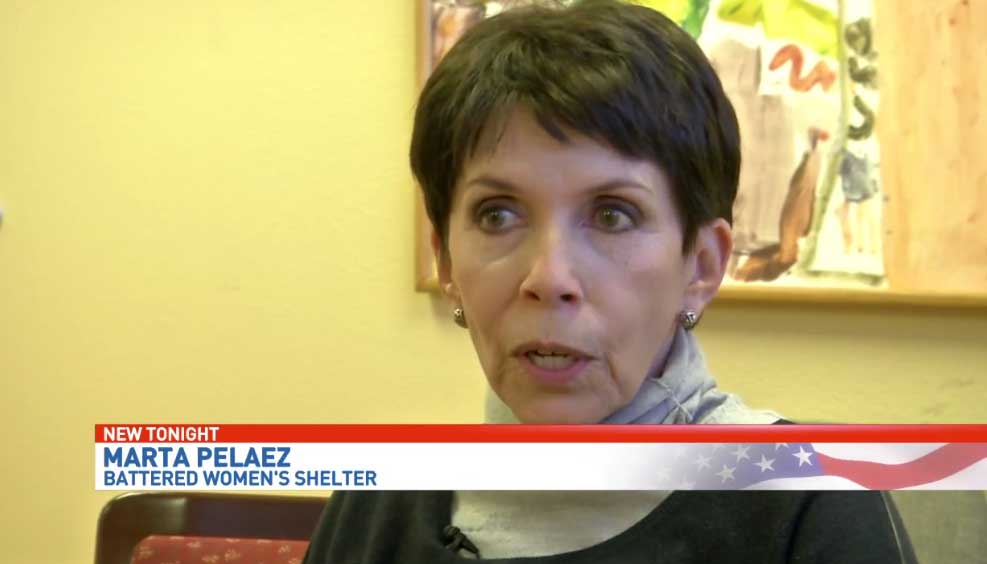 Found in the Express-News, 5 January. 2019
Needy East Side church shares what bounty it has with San Antonio’s homeless and poor
For the past eight years, the Nigerian-born pastor has ministered to her congregation and, with a caravan of volunteers, fed the homeless in and around downtown. 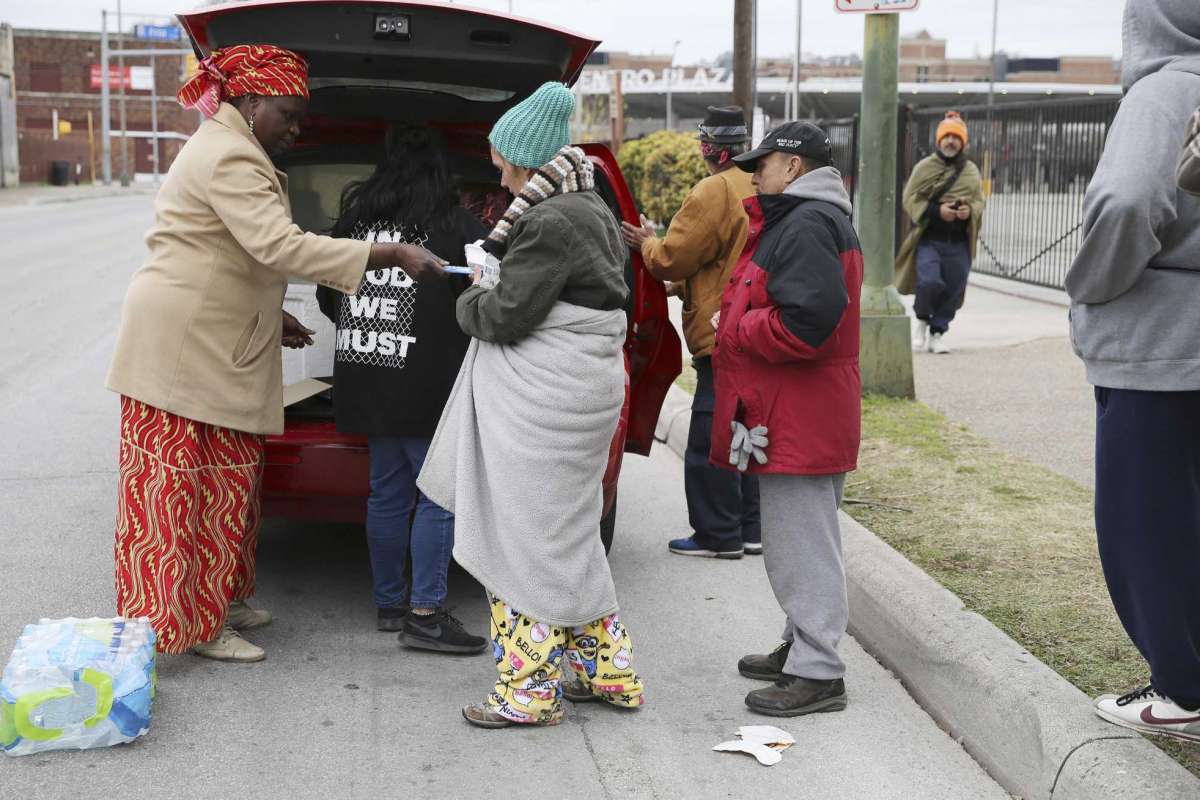 Found in the New York Times, 5 January, 2019
Future in San Antonio? Julián Castro wants to make that case
“At this time when the nation feels so polarized, I saw exactly the opposite in my community. A place where people of different backgrounds generally got along very well together.” 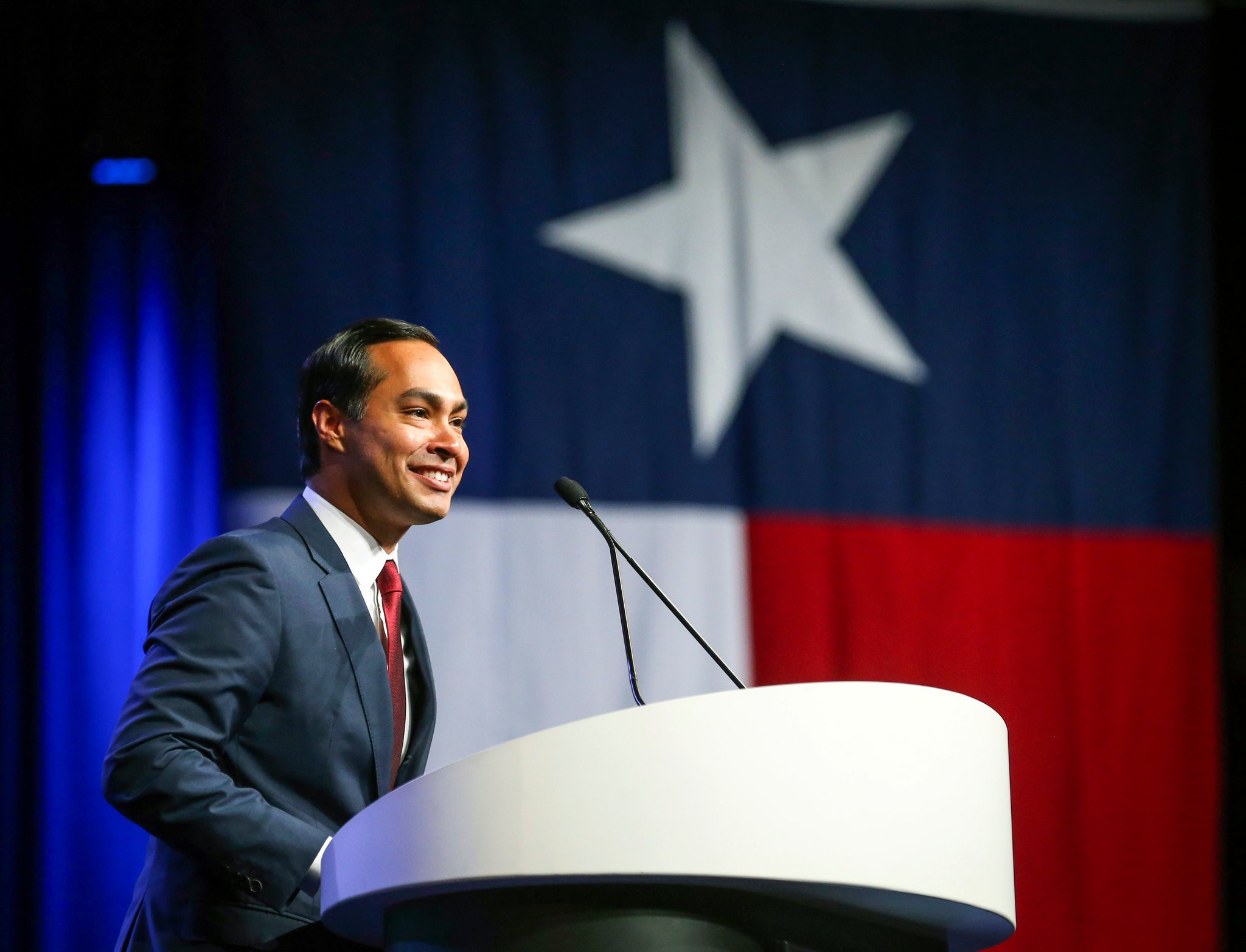 Found on FOX 29, 6 January, 2019
Volunteers make dozens of blankets for shelter pets at San Antonio Animal Care Services
Crafters, sewers, knitters, crocheters and friends made blankets or cut material for the blankets, and they also made chew toys. 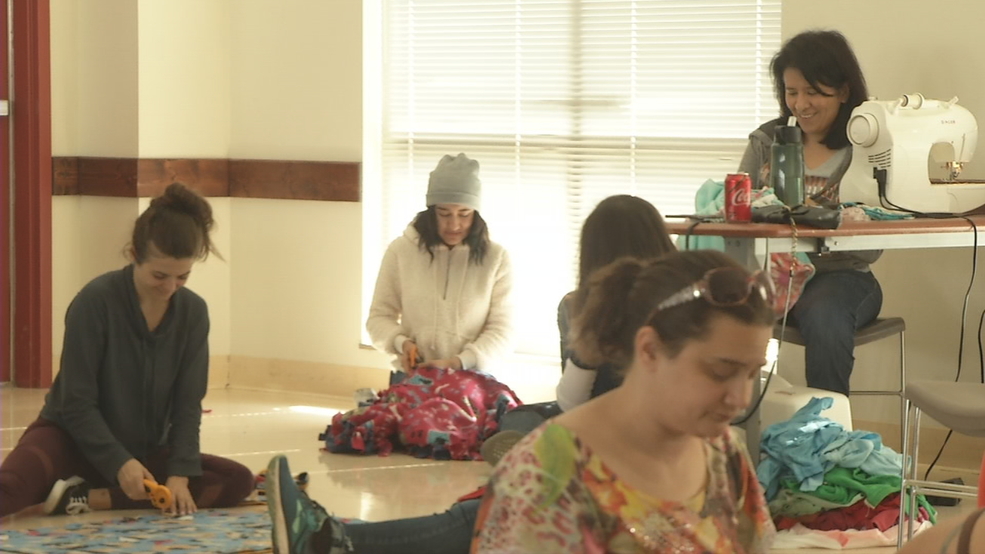 Seen on KSAT 12, 6 January, 2019
Man teaches life skills to youth through customized bikes
In 2010, he began R.O.L.L. Models, which stands for respect, obedience, love and leadership. It is an organization dedicated to teaching life skills to children and teens through activities that involve wheels. 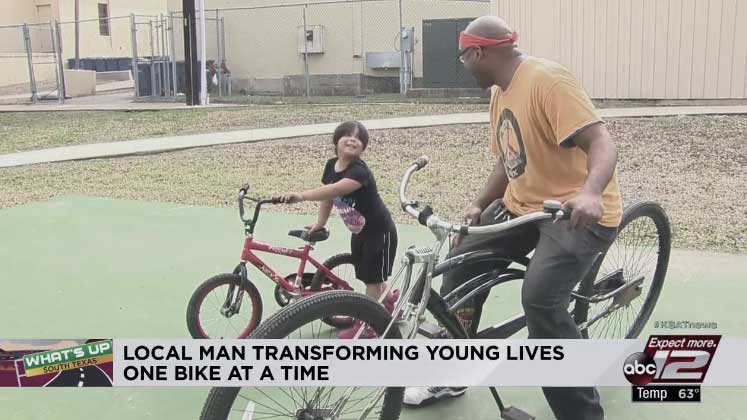 Found in the Express-News, 7 January, 2019
Bexar County sheriff hires psychologist to tackle ‘pervasive issue’ of deputy misconduct
“If you use terminations and arrests as your only approach to this situation, it’s really a one-dimensional approach.”

Seen on KSAT 12, 7 January, 2019
BCSO hires full time psychologist for first time in nearly three decades
“The things that in our performance and recovery optimization program is learning to recognize the adrenaline stress levels that an officer may come in contact with as a result of being on the job and the impact that has on health and their performance.” 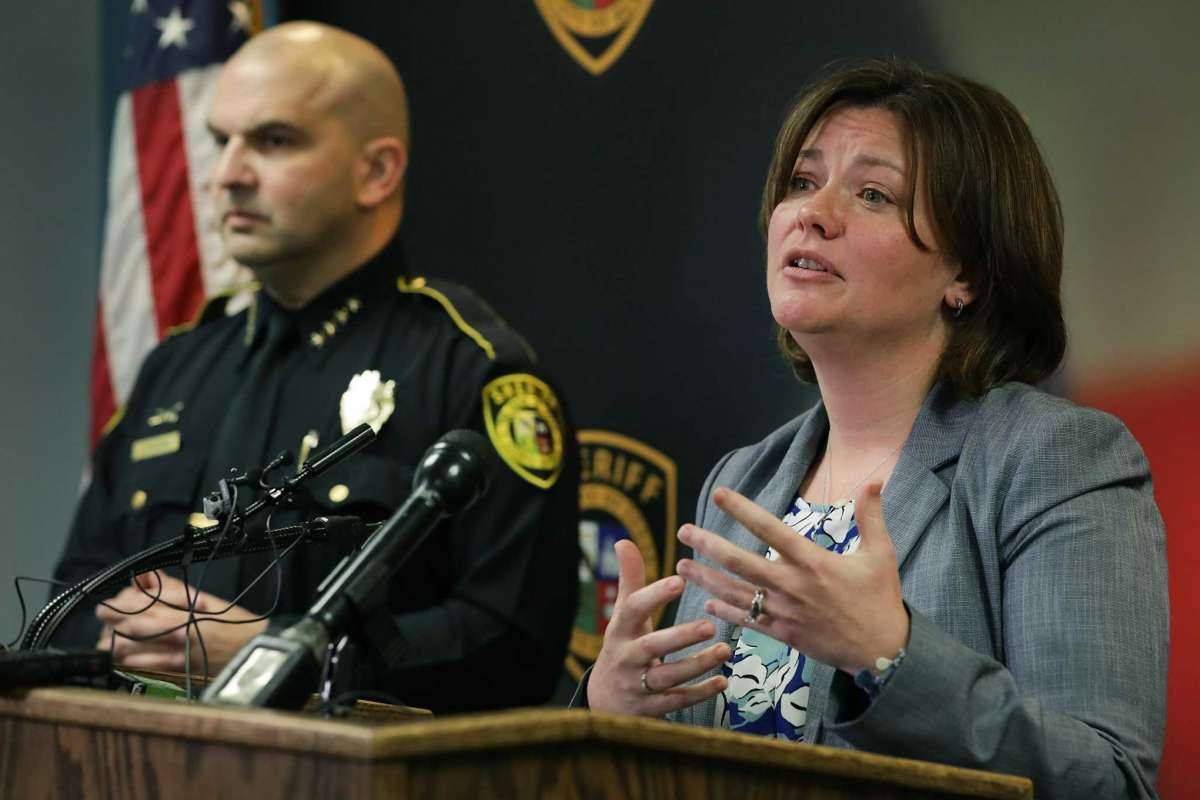 Found in the Express-News, 7 January, 2019
How San Antonio educators are bridging cultural gaps to involve parents
“I’ve never met a parent, I don’t care what their circumstance was, that did not love their child and want their child to be well educated.” 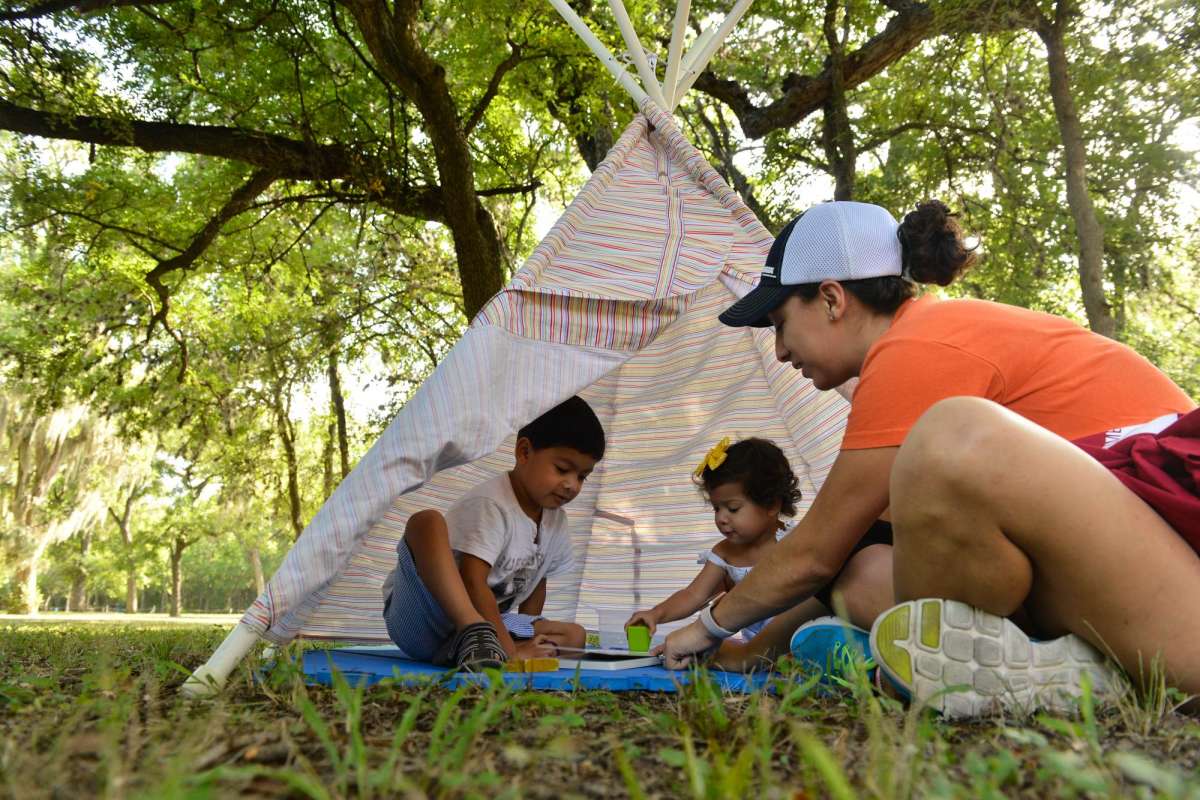 Seen on KENS 5, 7 January, 2019
Carol Burnett’s childhood house now home to west side nonprofit
American Sunrise is a nonprofit run by Mary Alice and Henry Cisneros; the house acts as an after-school home for children on the west side of town. 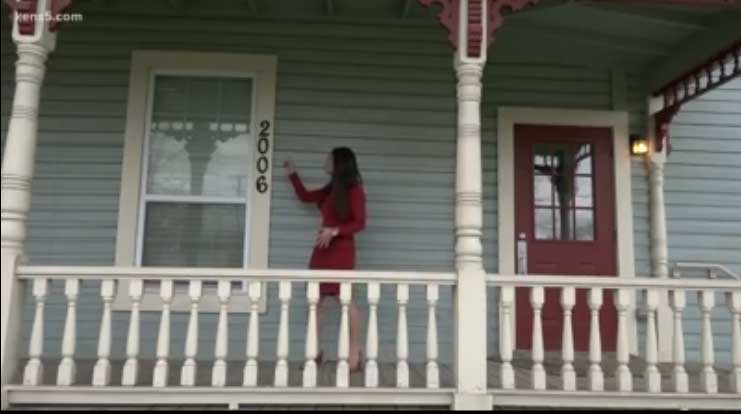 Found in the Express-News, 8 January, 2019
Casa Mia, a safe haven in San Antonio for mothers recovering from opioid addiction, opens its doors
Unlike many transitional homes, Casa Mia does not deny entry to women who are on medication-assisted treatment, such as methadone or suboxone. 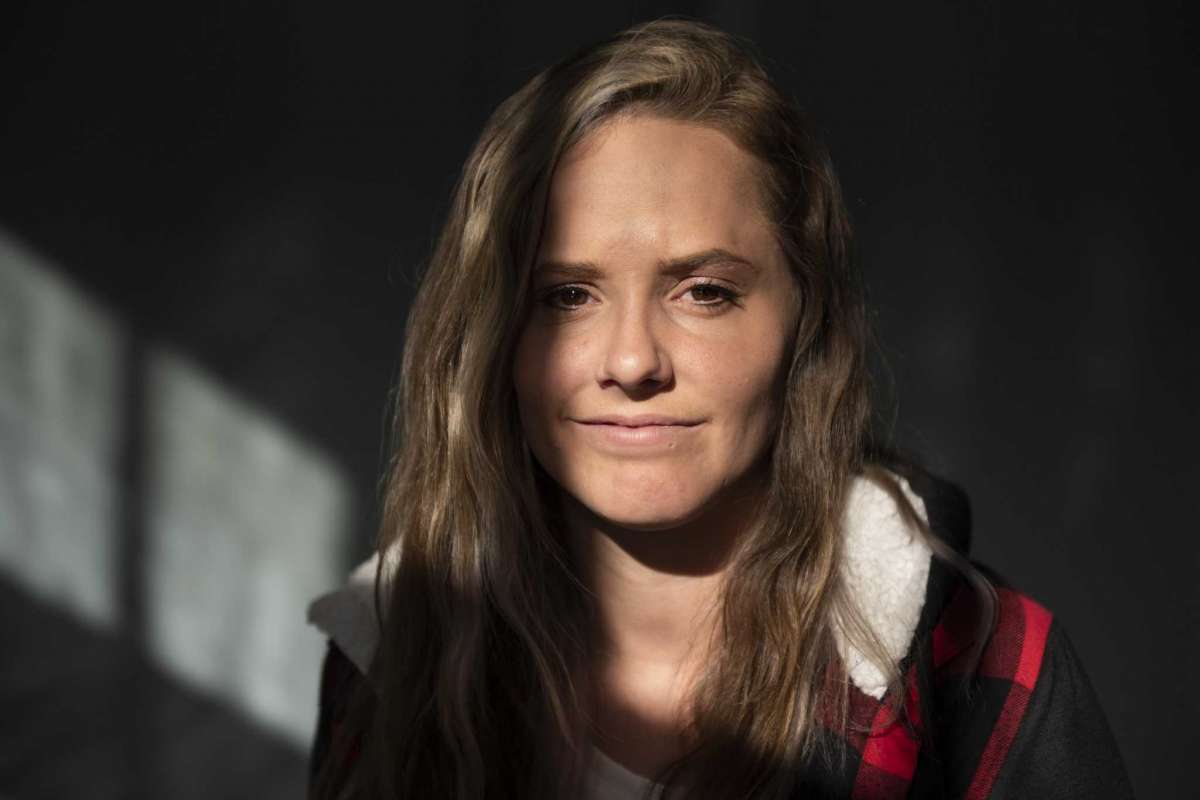 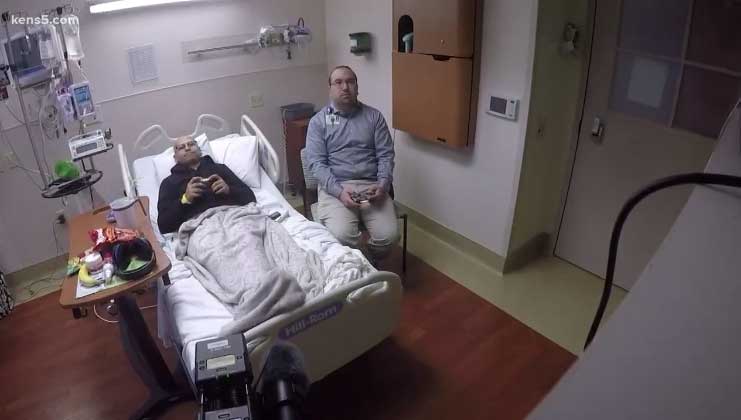 Seen on KSAT 12, 8 January, 2019
North East ISD school opens Social Emotional Learning Lab
“Our vision for this was to bring play back into kindergarten, to let kids come and play and learn how to be socially interactive with each other and to bring social and emotional play back into the classroom.” 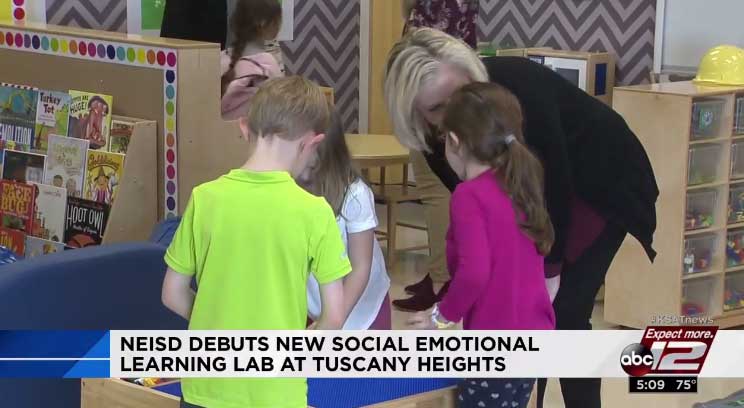 Found in the Express-News, 9 January, 2019
Reviving Guadalupe Plaza a matter of dignity, community
The fence is a symptom of the chronic disregard of one of the oldest, most traditional, most vibrant parts of the city. 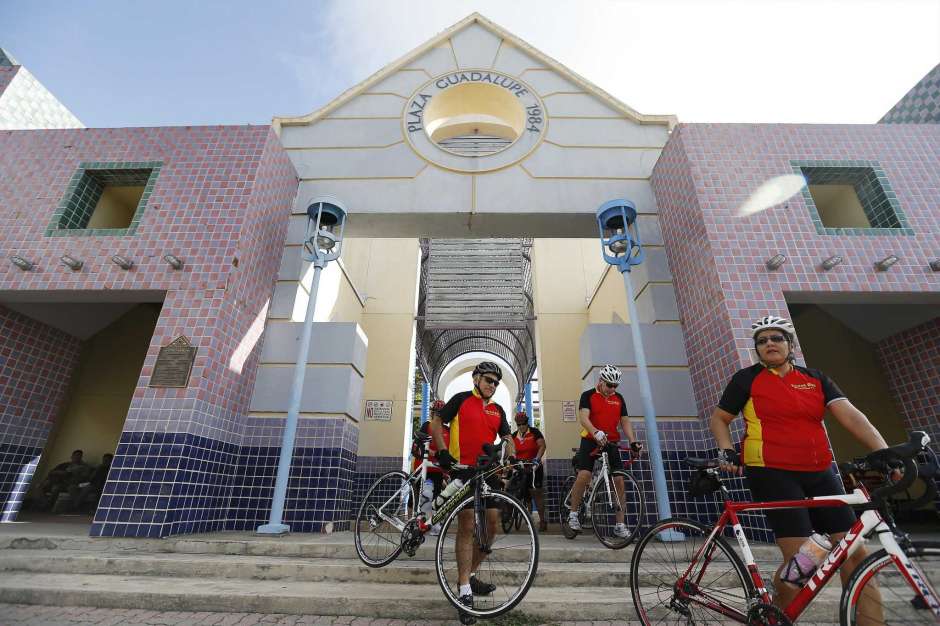 Found in the Express-News, 9 January, 2019
San Antonio police will let schools know about students who witness trauma
Officers will use a system call “Handle with Care” to flag children who might need some extra attention and support, so educators treat what they might otherwise perceive as rebellious or careless behavior as evidence that a student is dealing with a problem from outside the classroom.

The trial program announced Wednesday aims to connect the San Antonio Police Department and school administrators and teachers at East Central, San Antonio, and North East Independent School Districts, alerting them to students who have been involved in traumatic incidents such as assaults, drug raids, or homicides. 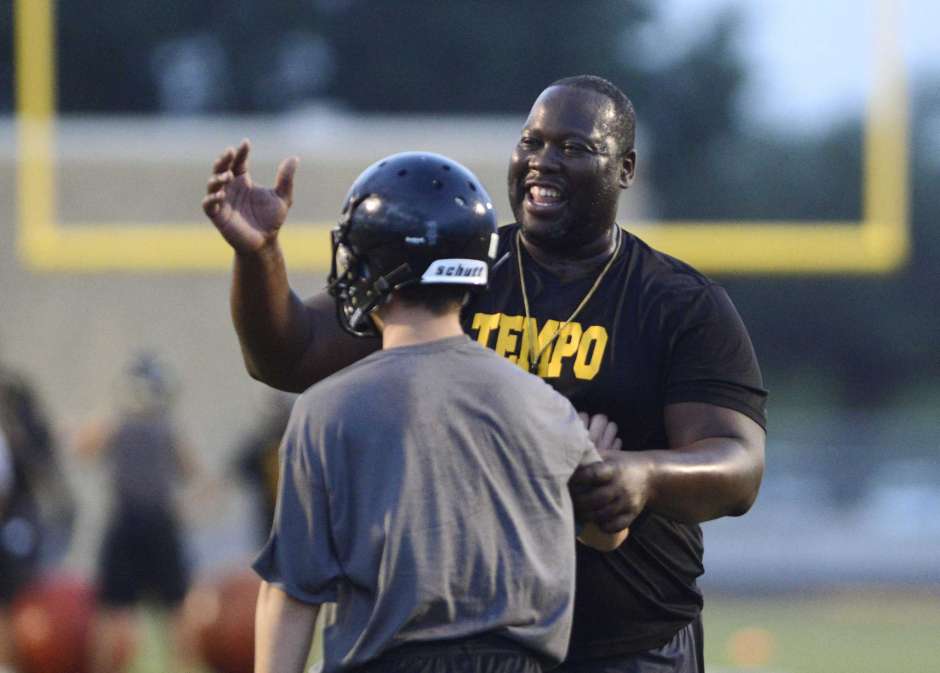