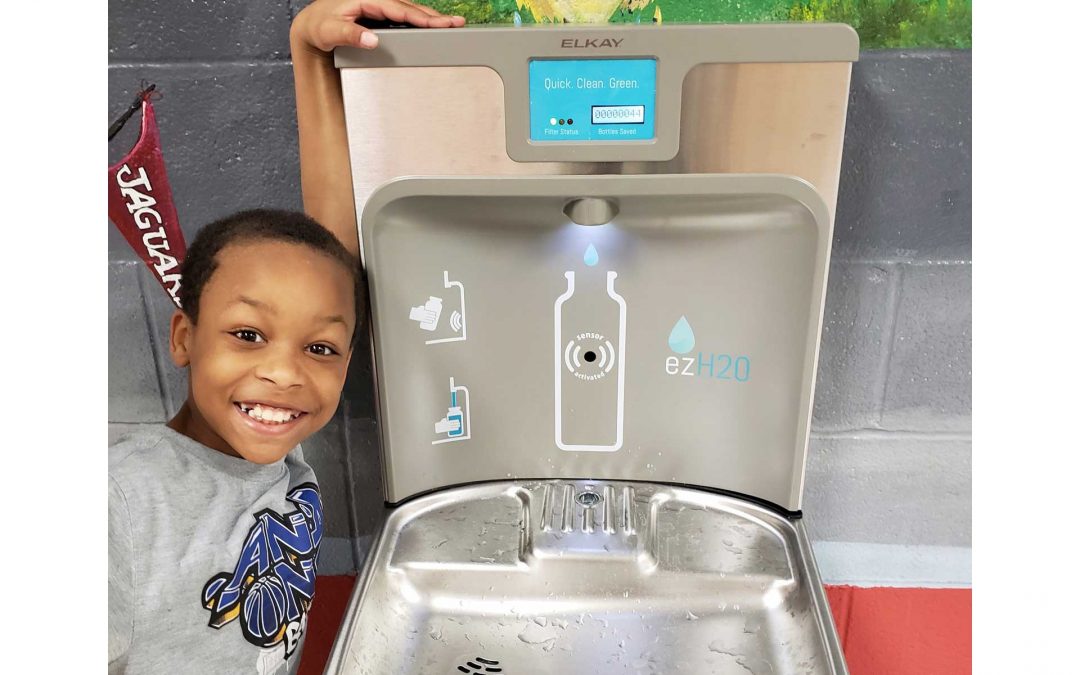 Villareal Elementary School in NISD is excited about their new water fountain; they now can refill their reusable water bottles! Reduce, Reuse,Recycle — treat others and the planet as you wish to be treated. Every Wednesday we bring you this compassionate news roundup. If you want the news faster, follow us on Twitter @compassionNET1. And don’t forget to use the hashtag #compassionateSA so we can find YOUR compassionate stories!

Found in the Current, 90 January, 2019
San Antonio Chefs Cooking Up Diverse Array of Cuisines for Taste the Dream Gala Benefiting East Side
“Food’s ability to unite without discrimination can result in the building of friendships, cross-cultural understandings, and create a more culturally diverse and accepting community.” 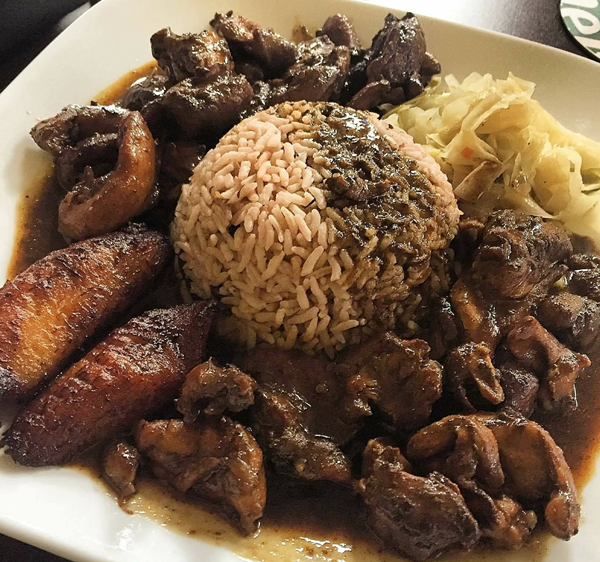 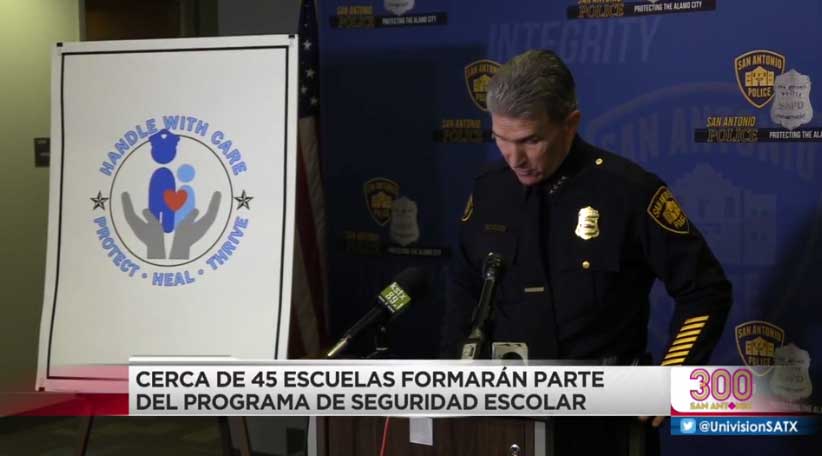 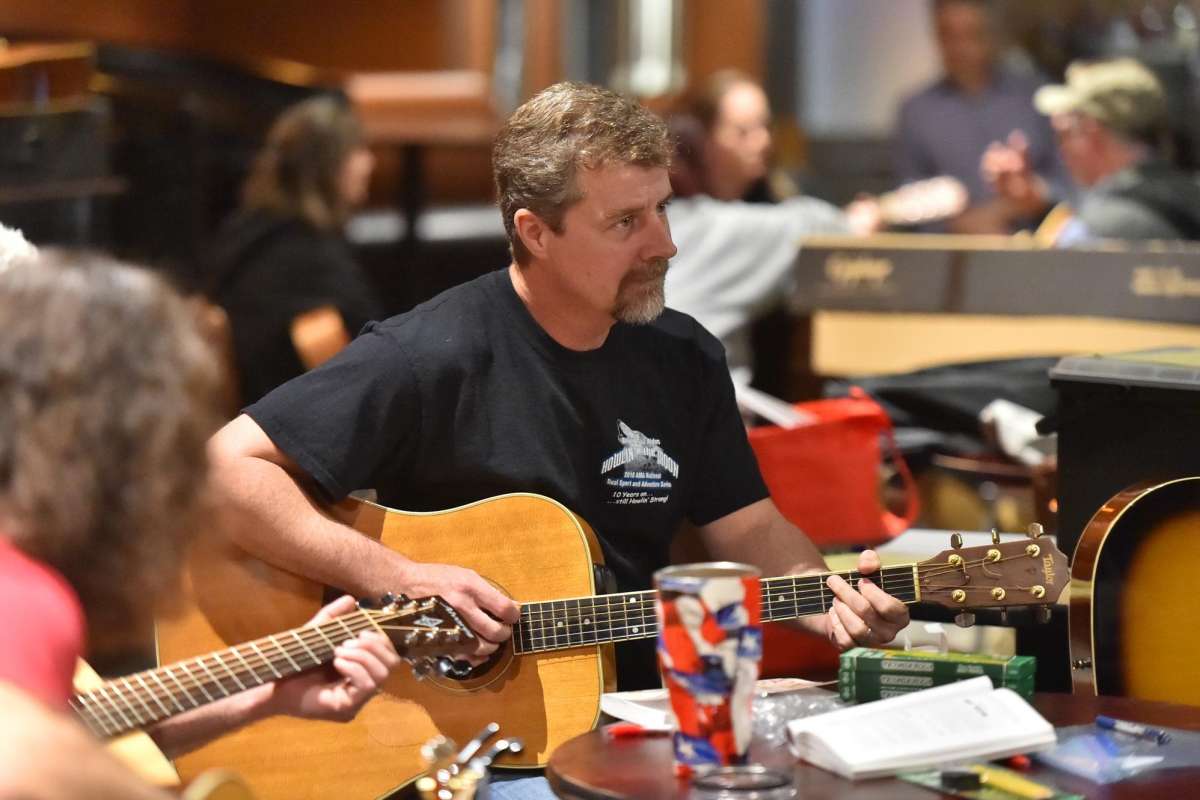 Seen on Spectrum News, 10 January, 2019
City of San Antonio Selected for National Housing Award
The East Meadows Apartments are being recognized for its innovative approach in connecting residents to supportive services such as access to BiblioTech, an early child education program, and the Menger Creek Linear Park.

Found on WOAI 4, 11 January, 2019
San Antonio’s Sikh community feeds federal agents during government shutdown
“We are here to support those federal employees who are not getting their paycheck, and we really appreciate their services.” 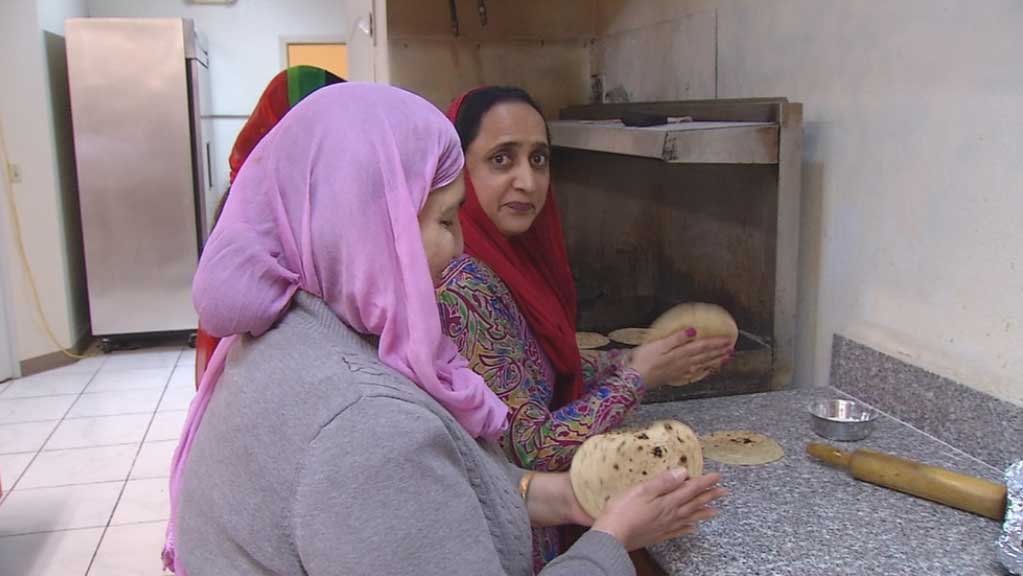 Found in the Rivard report, 11 January, 2019
San Antonio Receives Bloomberg Staffers, Support for Climate Initiatives
“The science is indisputable. The only question left is our action.”

Found in the Current, 11 January, 2019
Michael Bloomberg Presents San Antonio with American Cities Climate Challenge Grant
According to the Bloomberg Philanthropies’ website, winning cities are placed in a “two-year acceleration program with powerful new resources and access to cutting-edge support to help them meet — or beat — their near-term carbon reduction goals.”

Heard on Texas Public Radio, 11 January, 2019
San Antonio Gets Boost To Climate Sustainability Efforts From Bloomberg
The city will not directly receive funds from the program, rather it will receive support and assistance.

Found in the Express-News, 11 January, 2019
Former New York mayor says San Antonio is balancing climate and growth
City officials said a draft plan will be made public in two weeks for a monthlong comment period and could be considered by the City Council in April. 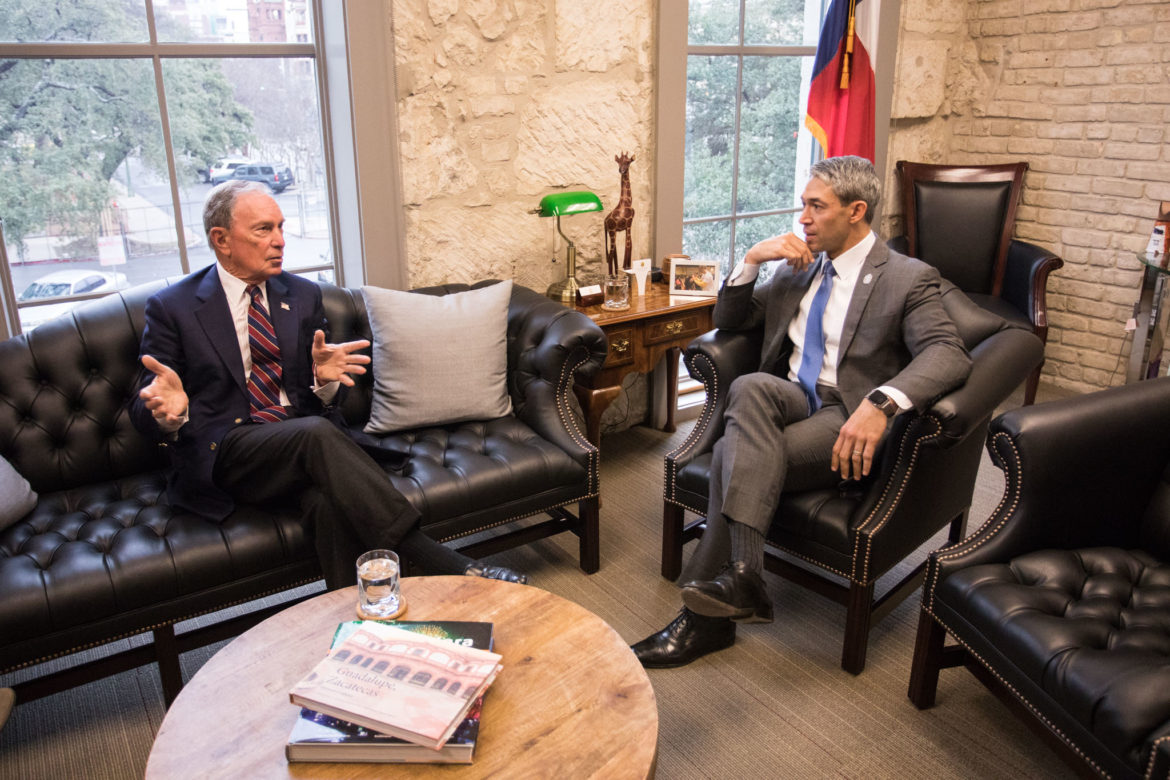 Found in the Express-News, 11 January, 2019
San Antonio students join others from Texas and Mexico to debate drones, sex trafficking and other issues at Model United Nations
Students also fundraised $5,000 for Humanity & Inclusion, an international organization that works with people with disabilities and other vulnerable populations to improve living conditions and advocate for rights. 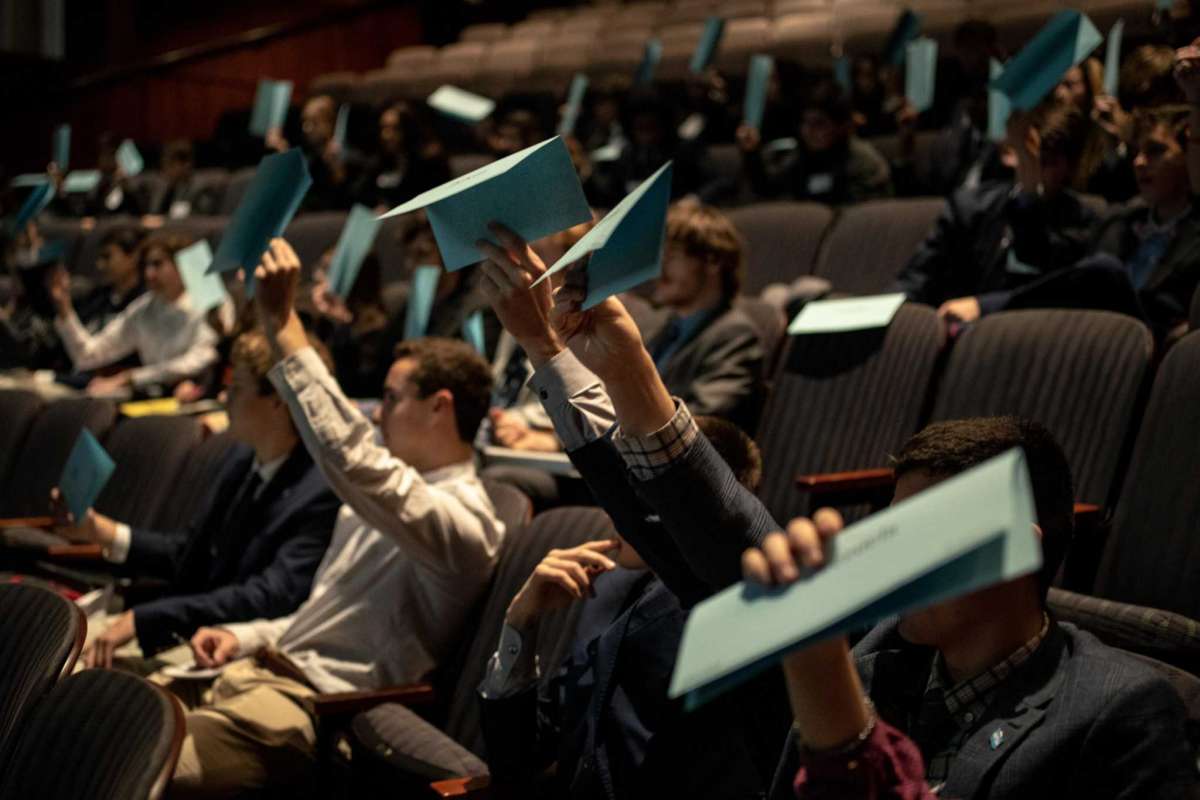 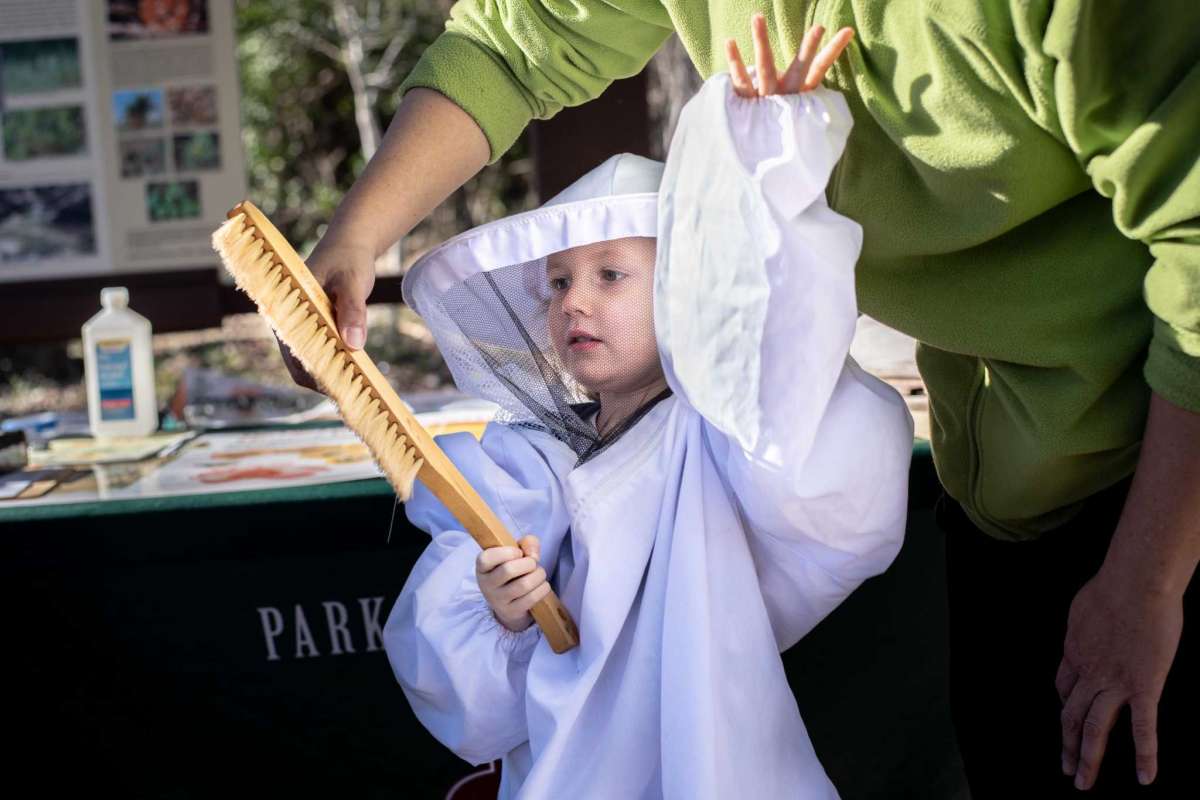 Found in the Rivard Report, 13 January, 2019
Son’s Passing Inspires Life of Giving for Richmond Family
The foundation focuses on giving assistance to organizations that help people get their lives back on track after trauma. The foundation gave four grants in 2018 and will do the same in 2019 to Boysville, the Alzheimer’s Association, the Boys & Girls Club San Antonio, and Haven for Hope. 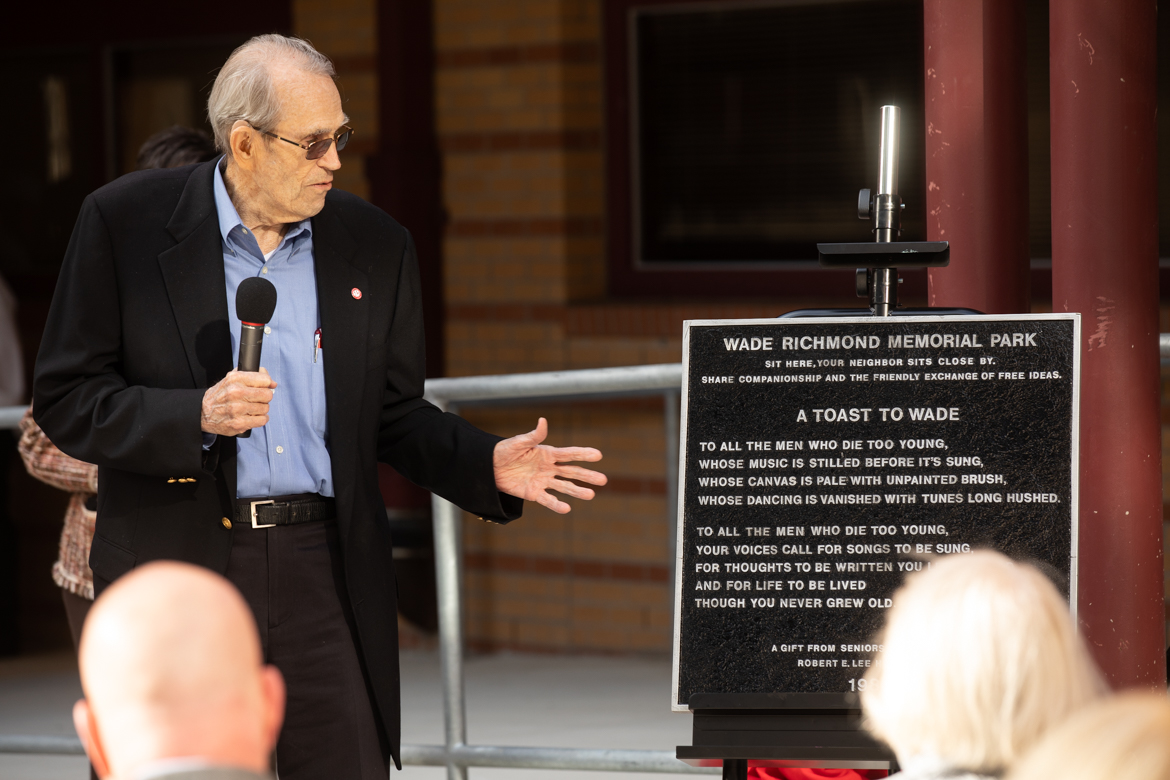 Found in the Business Journal, 14 January, 2019
GOOD WORKS SA: He dreams big for cultural inclusivity in SA
DreamWeek is designed to bridge the gap between people and ideas about tolerance, equality and diversity. 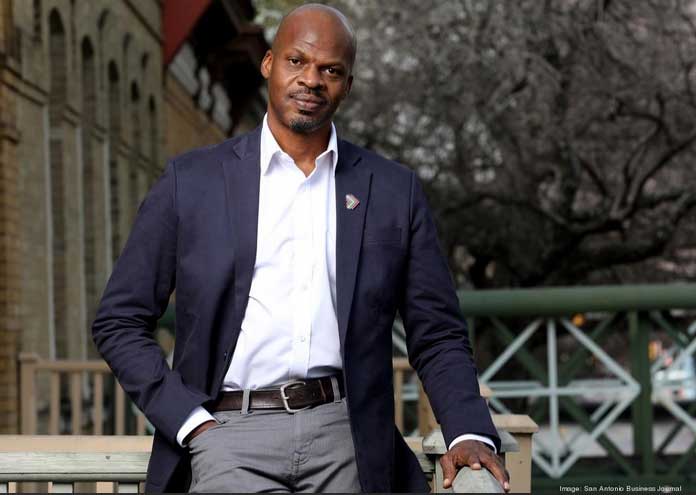 Found in the Express-news, 14 January, 2019
Artpace brings protest banner show ‘Word on the Street’ to San Antonio
“What are four words that would help me get through? What are six words that somebody could encounter on a sidewalk that might make them feel better?” 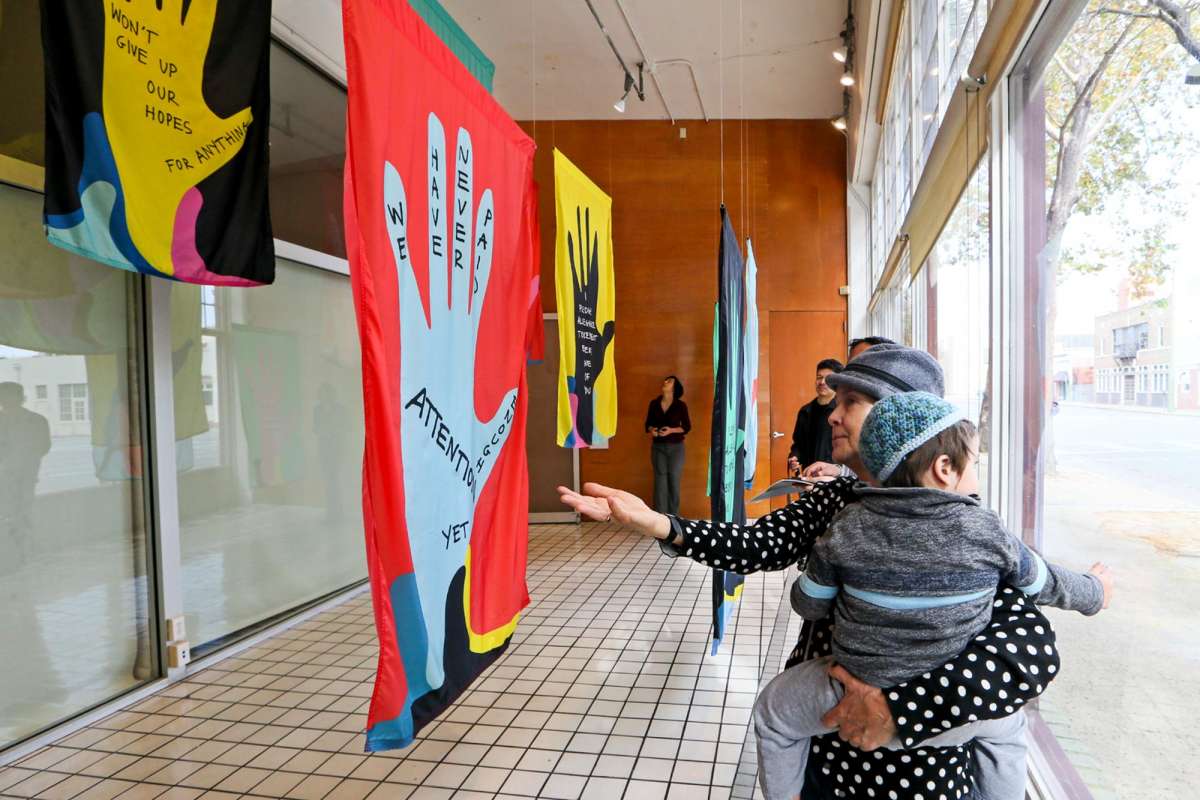 Found in the Rivard Report, 14 January, 2019
Alamo Colleges Developing Free Tuition Program for All Bexar County HS Grads
“What we’re doing is really changing the mindset to say as a community we want to invest in students and this will be affordable and we’re going to underwrite this cost.” 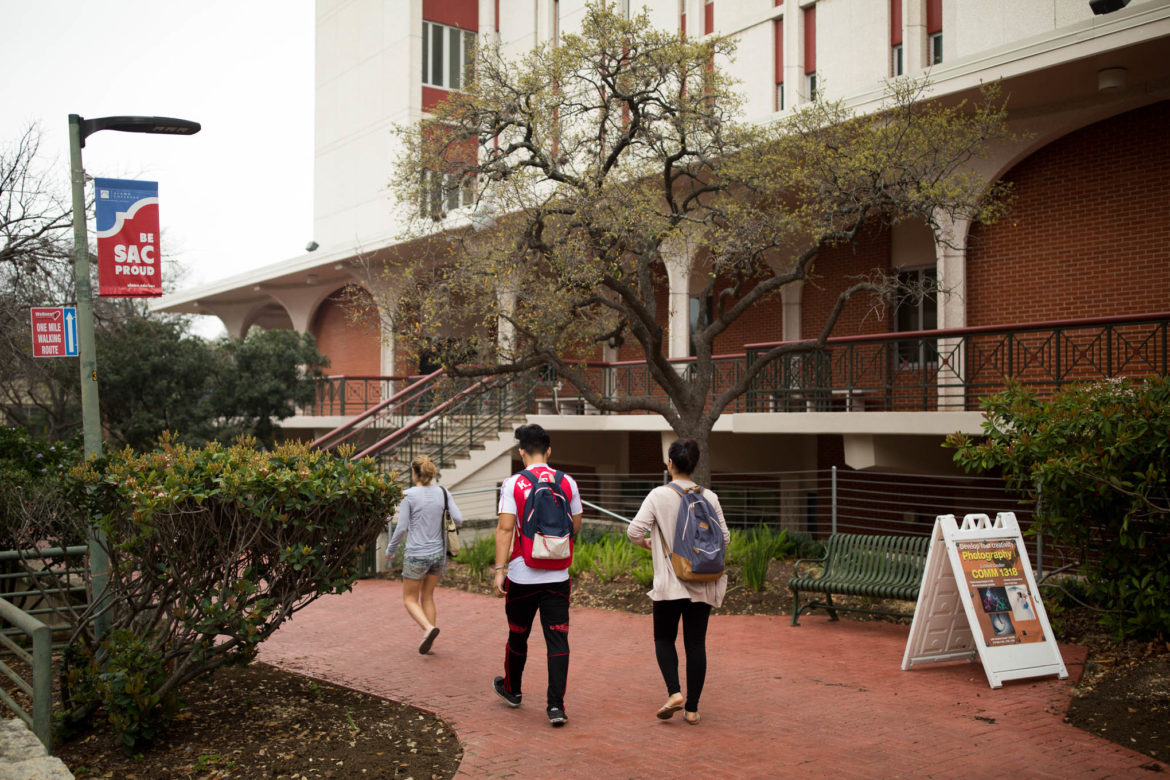 Found in the Rivard Report, 14 january, 2019
Alamo City Opera Stages As One, a Transgender Story Of Unity and Difference
The Alamo City performances on Jan. 19-20 will be the first to feature a transgender person in the lead role. 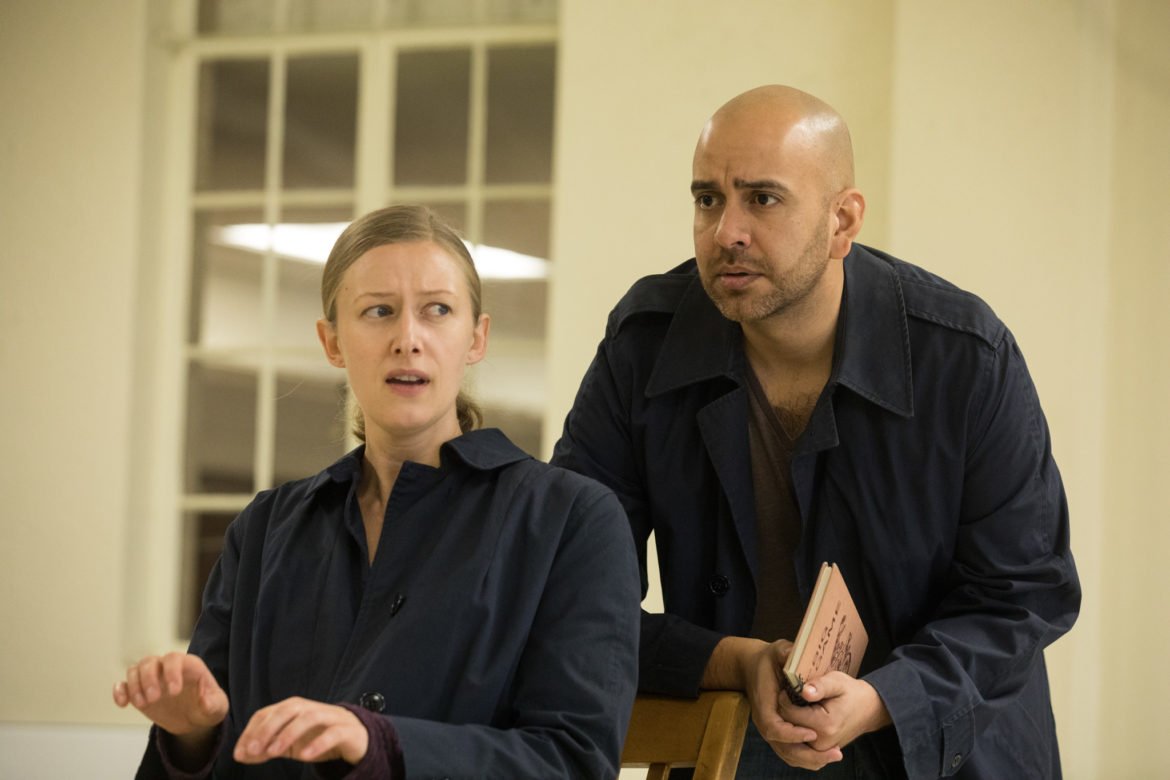 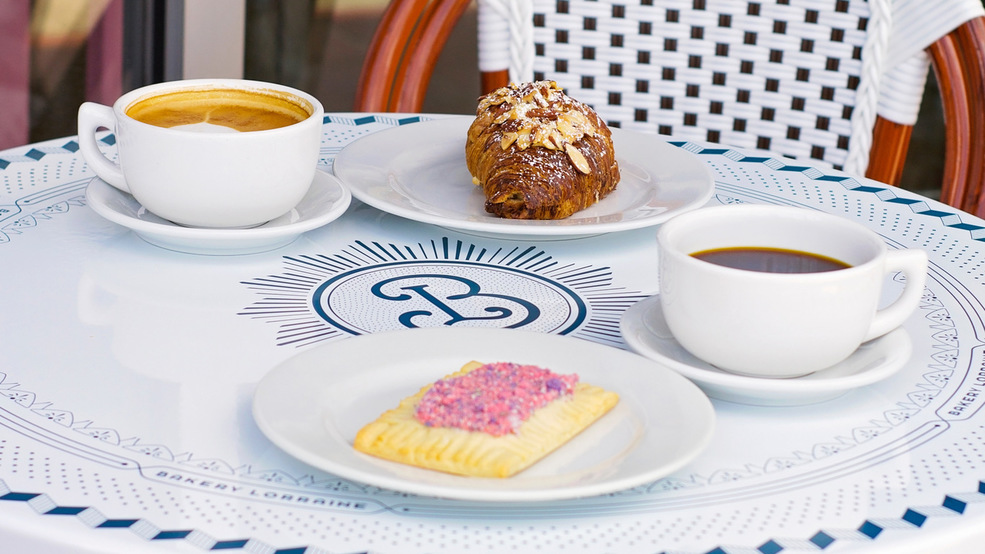 Found on FOX 29, 14 January, 2019
Local non-profit offer services in wake of King Jay Davila’s death
“It’s a very horrible thing to happen…but I don’t think this is who we are in general. There is a lot of help for those who are struggling with something.” 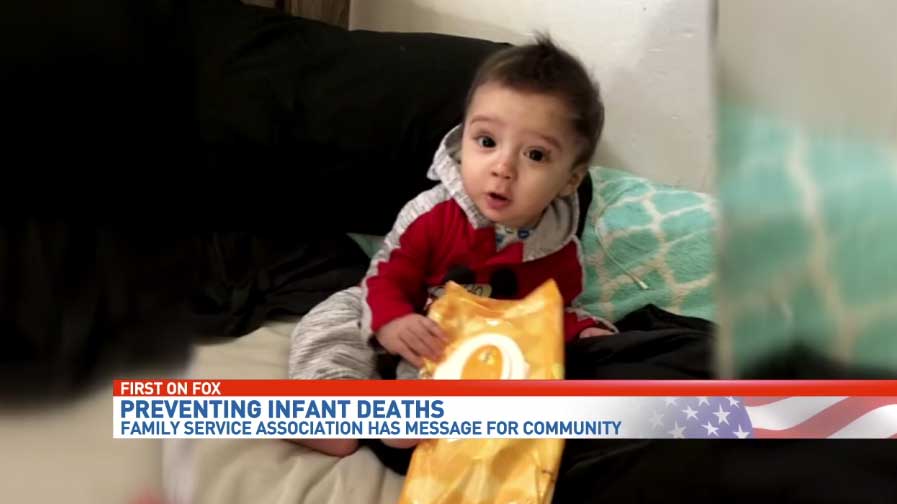 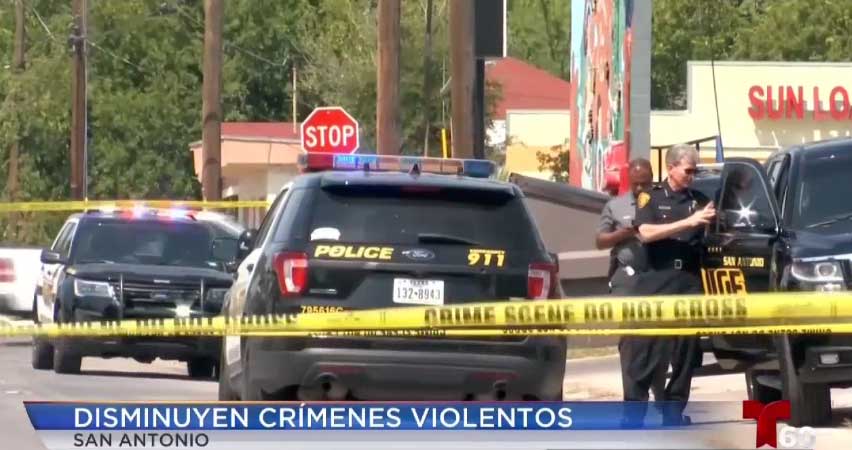 Found on NOWCastSA, 16 January, 2019
Putting the public back into governance, with respect
Sandoval said she wants to remove barriers to public participation by having city meetings webcast live and archived, and by providing free parking for people who come to city hall to speak at public meetings. 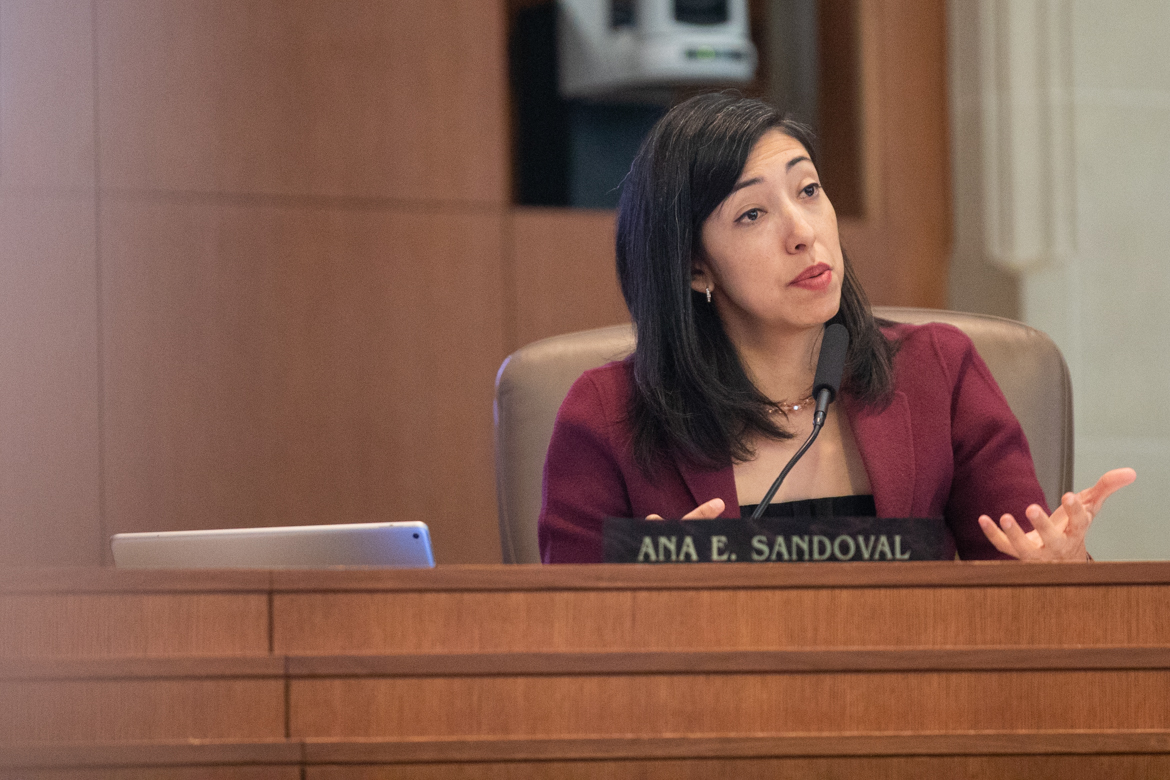 Seen on KSAT 12, 13 January, 2019
Tennis empowers individuals with Down syndrome
Local group wants to foster inclusiveness in the community. 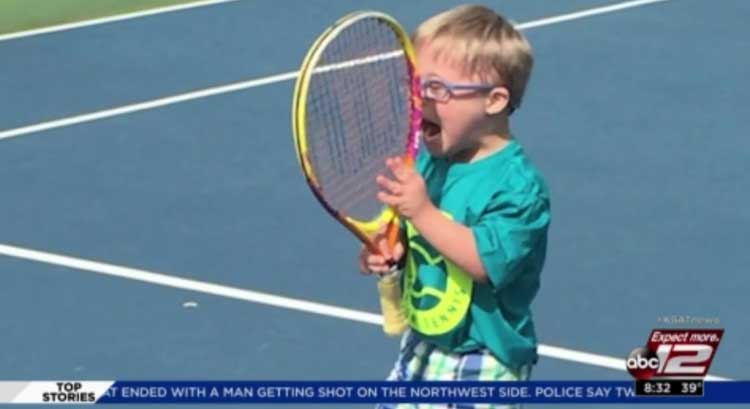 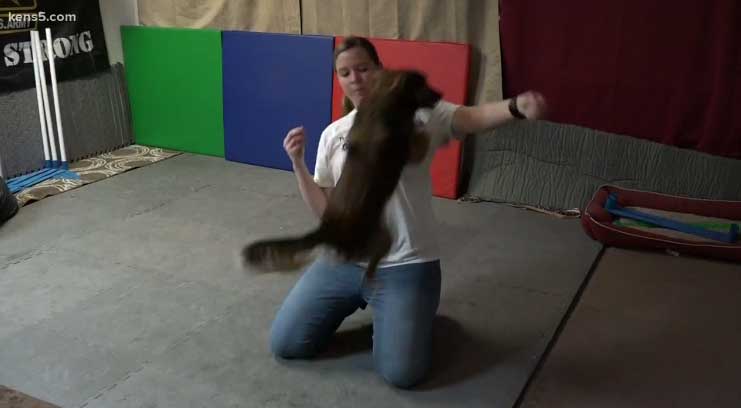 Seen on KENS 5, 15 January, 2019
Diaper Bank in SA to help families affected by gov’t shutdown
The Diaper Bank is located at 1803 Grandstand Drive, near Loop 410 and Culebra. 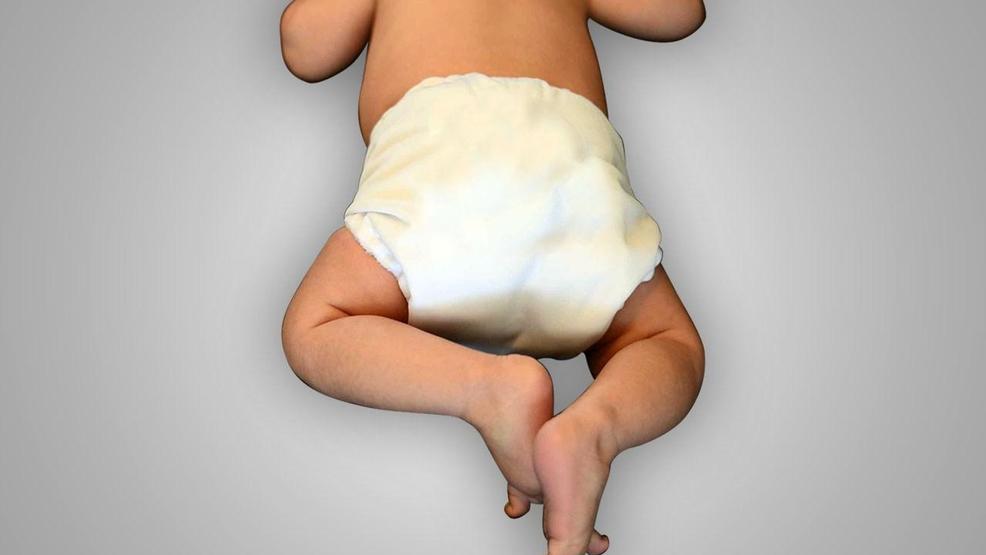 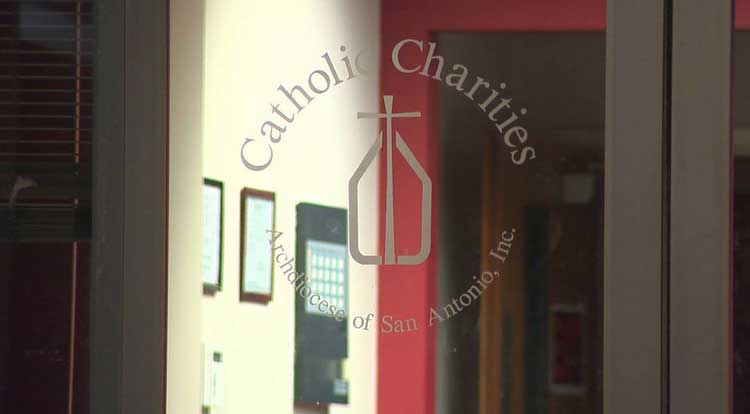 Found in the Express-News, 16 January, 2019
San Antonio’s 2M Smokehouse offering free pulled pork tacos to employees furloughed by the government shutdown
“We believe that food is supposed to bring people together. Right now there is a lot of division.” 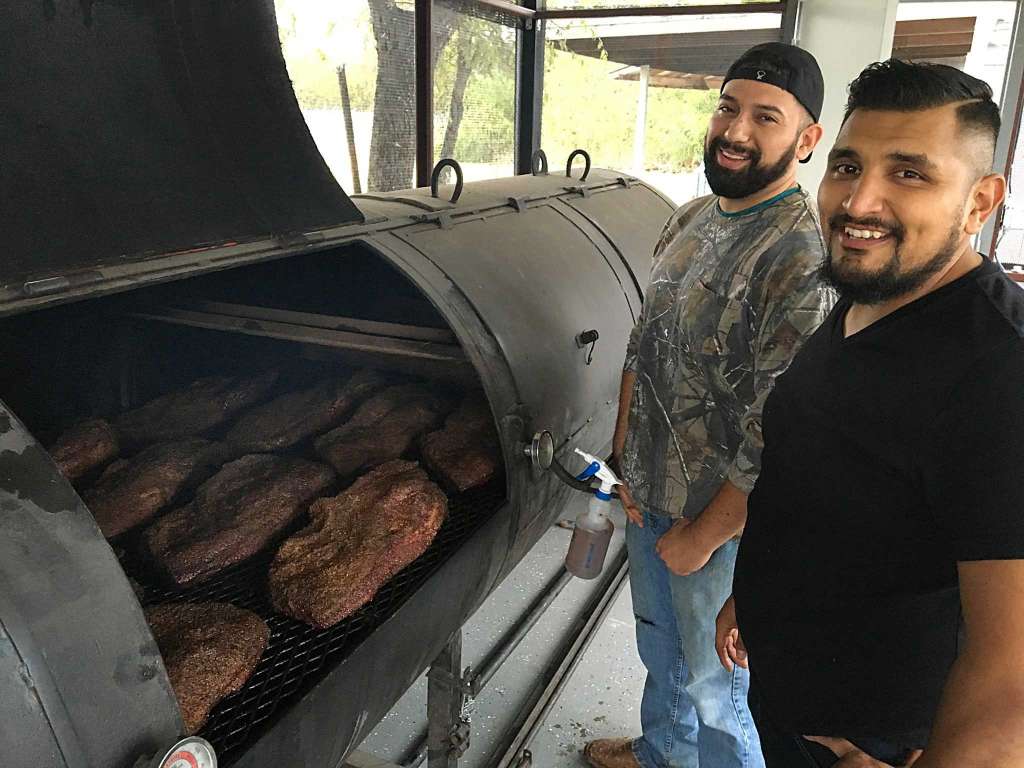 Seen on KSAT 12, 15 January, 2019
Teams of counselors respond to Harlan, Clark High Schools after student deaths
They start with the basics: putting your arms around someone and sitting with them, listening, acknowledging the fact that they’re hurting. 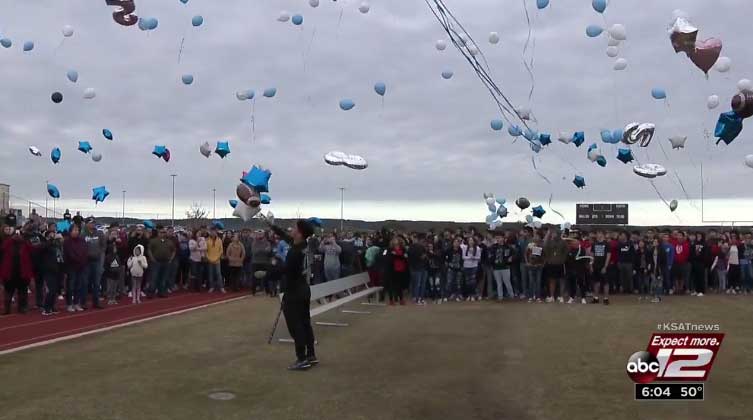