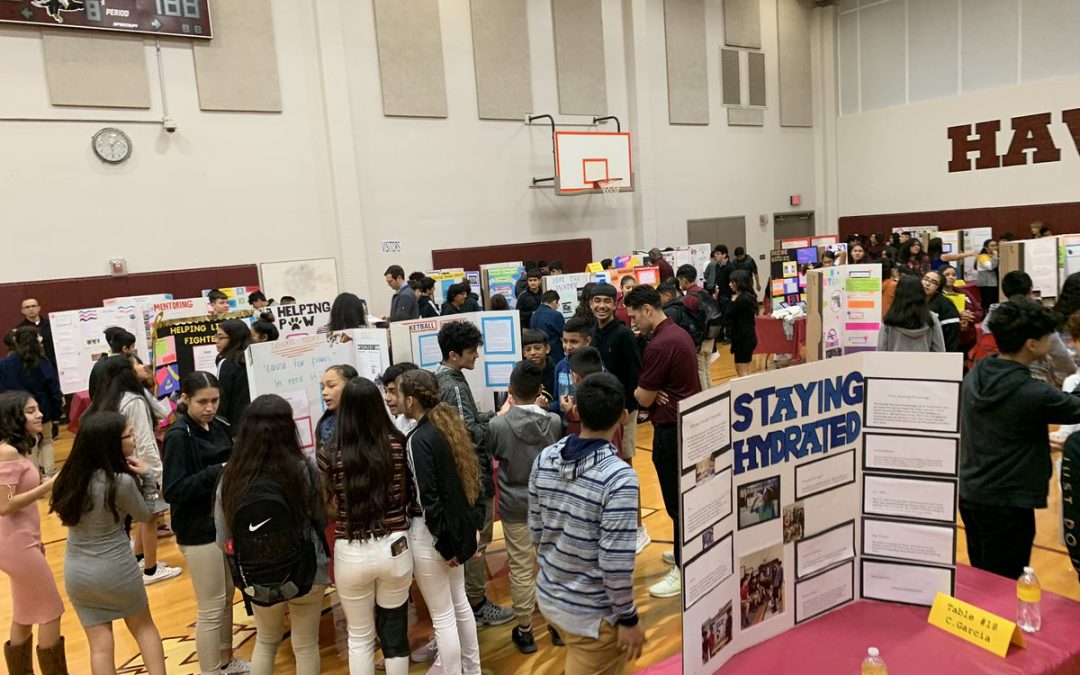 All SAISD Harris Middle School 8th grade students in the Middle Year Programme (MYP) of the International Baccalaureate presented Tuesday on their 15 hours of research and action on a community issue. Just look at all of the great ideas to make our city a better place! Every Wednesday with publish the Compassionate San Antonio news roundup. If you want the news sooner, follow us on Twitter @compassionNET1. And don’t forget to use the hashtag #compassionateSA so we can find YOUR compassionate actions!

We love this Valentine’s Day display at Olmos Elementary in SAISD. Choose to be kind! 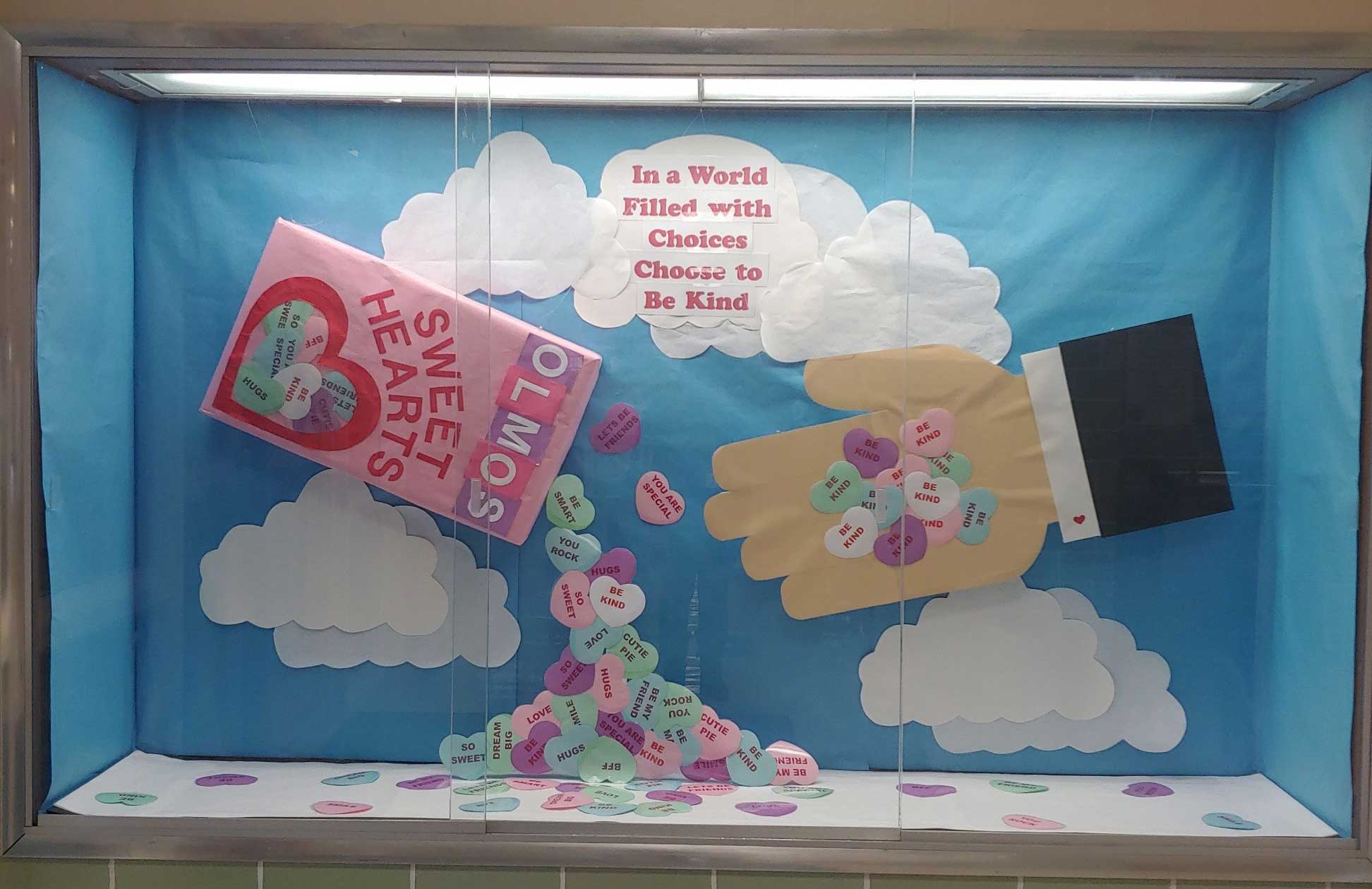 Found in the Express-News, 30 January, 2019
San Antonio medical students offer hands-on lessons to high schoolers
A partnership started in 2017 between the medical school and Southside ISD aims to improve poor health outcomes and address chronic health issues in the area, which occur at higher rates than the rest of Bexar County and statewide. 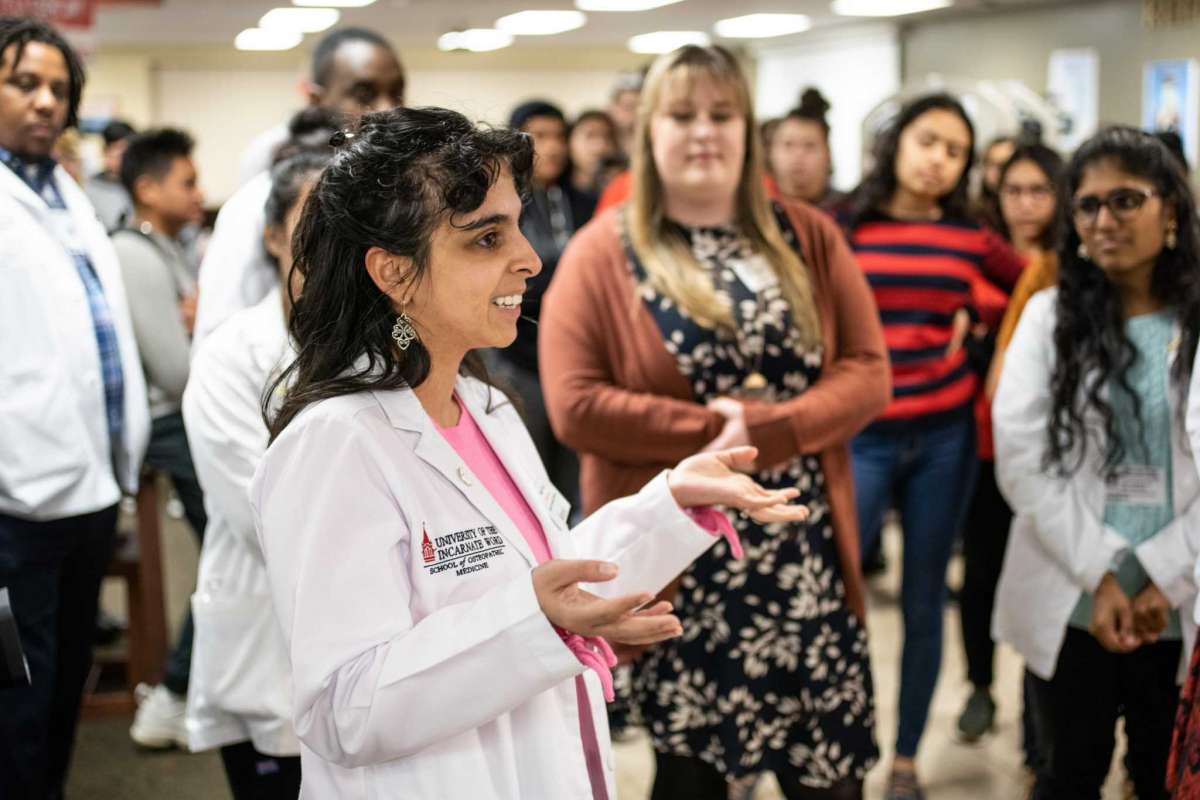 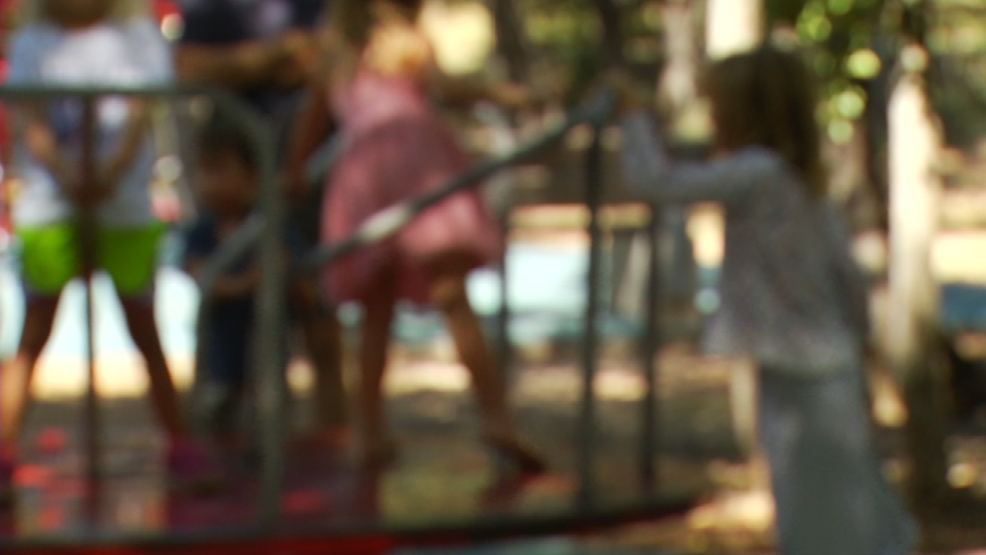 Seen on Spectrum, 30 January, 2019
City Awards $500K to Future Dental Program at Palo Alto College
The new space will also serve as a community clinic with fees on a sliding fee scale based on a patient’s ability to pay for services. 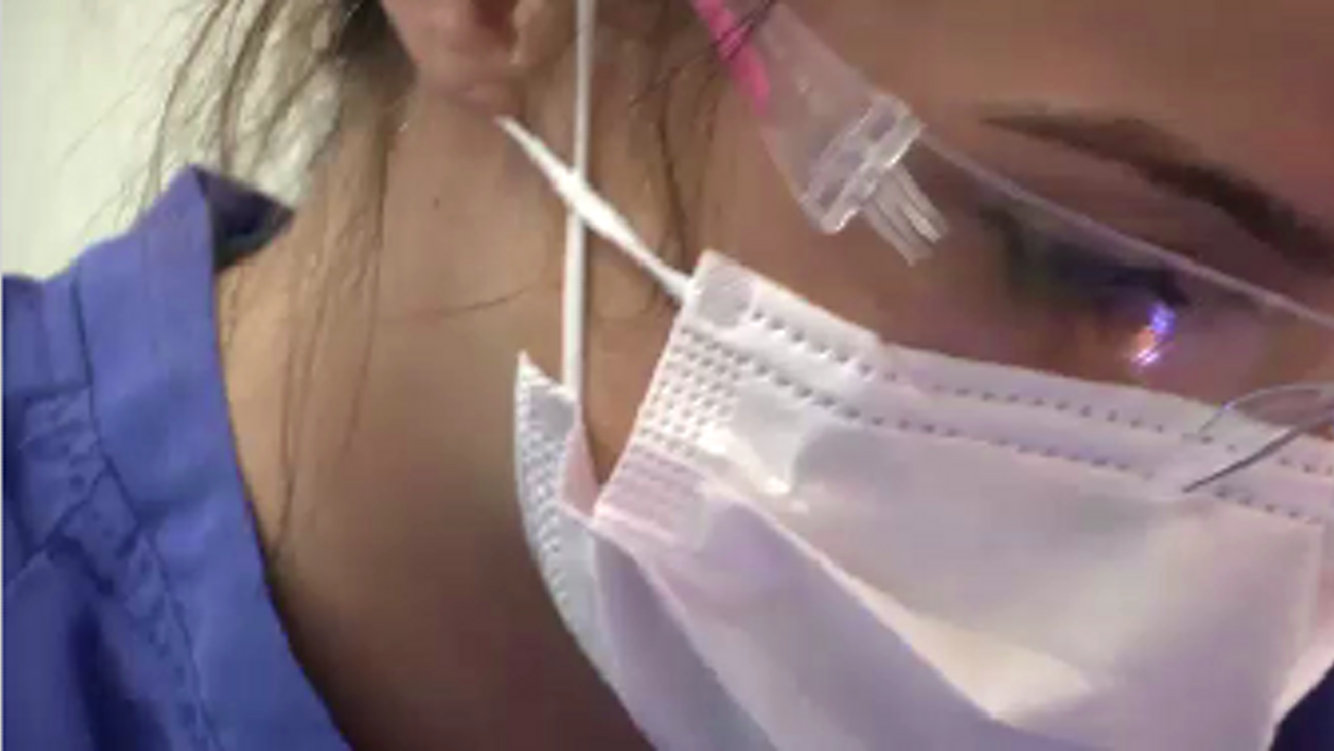 Seen on KSAT 12, 31 January, 2019
SA advocate for victims of priest sex abuse anxiously awaits list of accused offenders
“Oftentimes, victims haven’t felt listened to or believed. It also empowers them. They feel like they are no longer alone. It empowers them to come forward.” 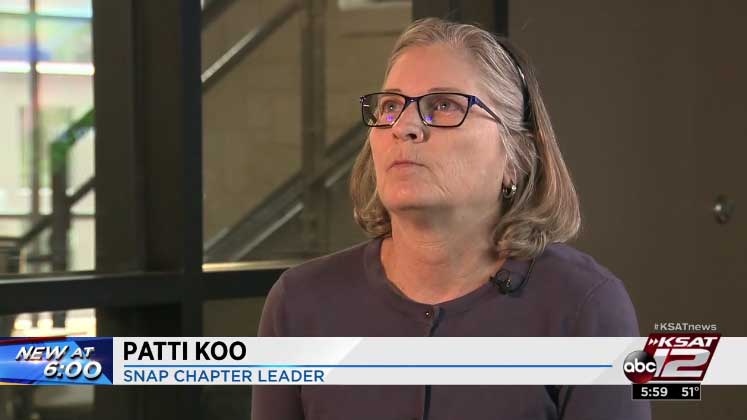 Seen on WOAI 4, 30 January, 2019
Growing up Mexican, but not learning to speak Spanish
Joaquin Castro: “I hope American society continues to progress so that no one feels shamed into disowning part of their identity.” 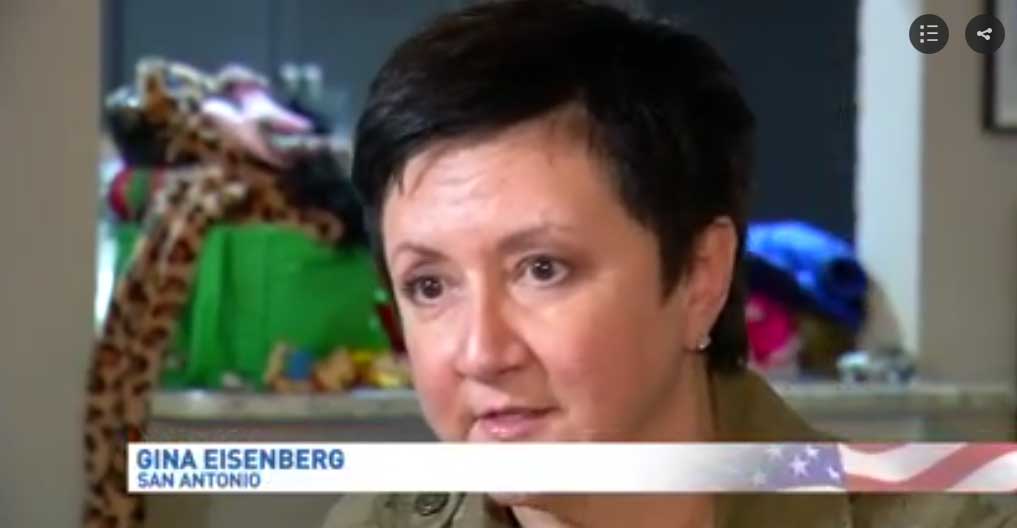 Heard on Texas Public Radio, 30 January, 2019
San Antonio Climate Ready: City Releases Draft Of Ambitious Plan
The city is expected to add nearly a million residents by 2040. The plan hopes to end use of CPS Energy’s coal-fired plants within 30 years, decarbonize the electric grid and work with multiple sectors that produce greenhouse gasses, including transportation and waste treatment. 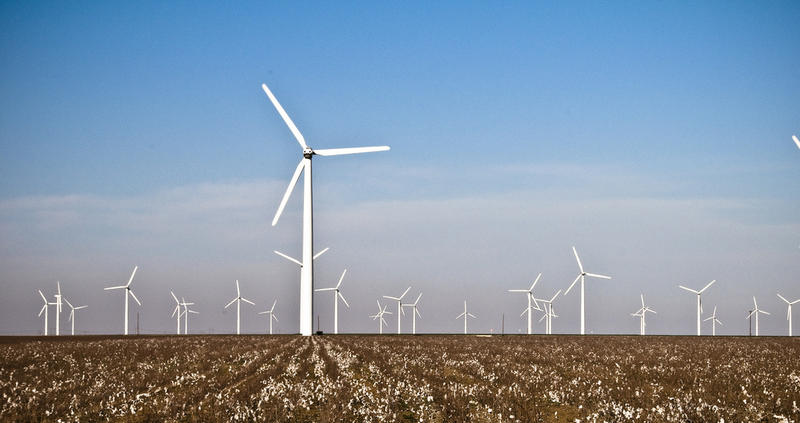 Char Miller: More than anything, that segregated, unequal approach to San Antonio’s modern development is the real ghost that haunts the city. 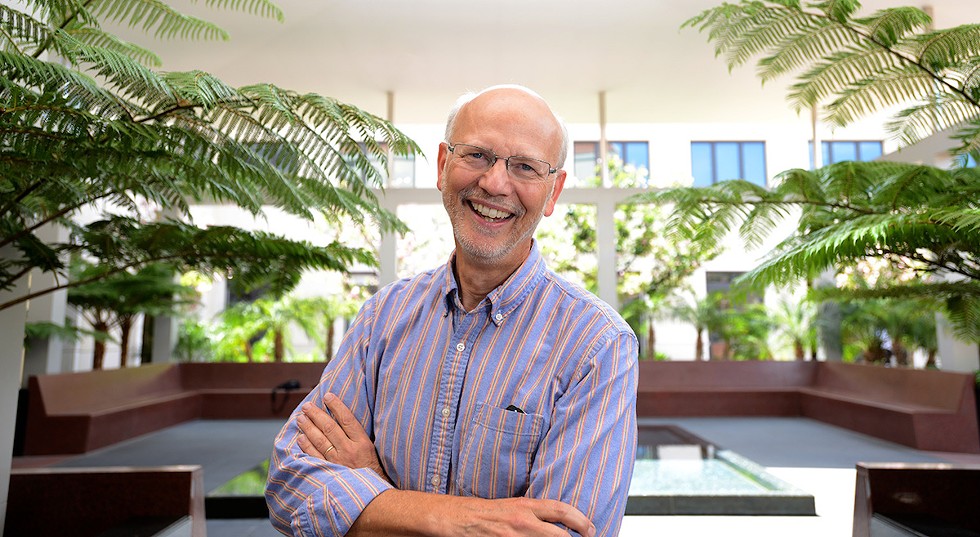 Found in the Express-News, 30 January, 2019
La Puerta, a safe place for sex trafficking victims to heal, is ready to open in San Antonio
La Puerta, which encompasses 8,000 square feet, has 16 beds and a host of services for people ages 5 to 17 who’ve either been sex-trafficked, are suspected of being trafficked or are at risk of being bought and sold for sex. 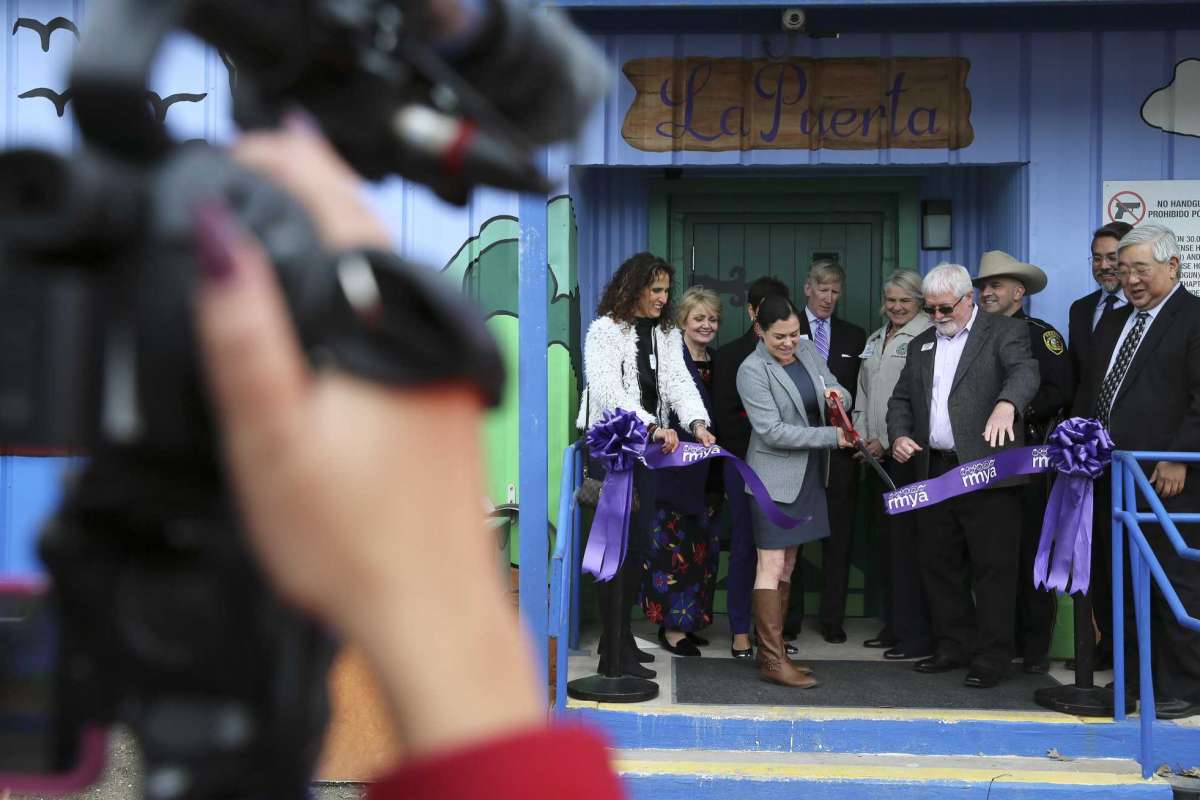 Found in the Rivard Report, 31 January, 2019
From Med School to the Streets: UIW Students Take Care Directly to Homeless
First-year medical students at UIW get their emergency medical technician (EMT) certification, so they can provide basic medical care such as dressing wounds and taking vitals. 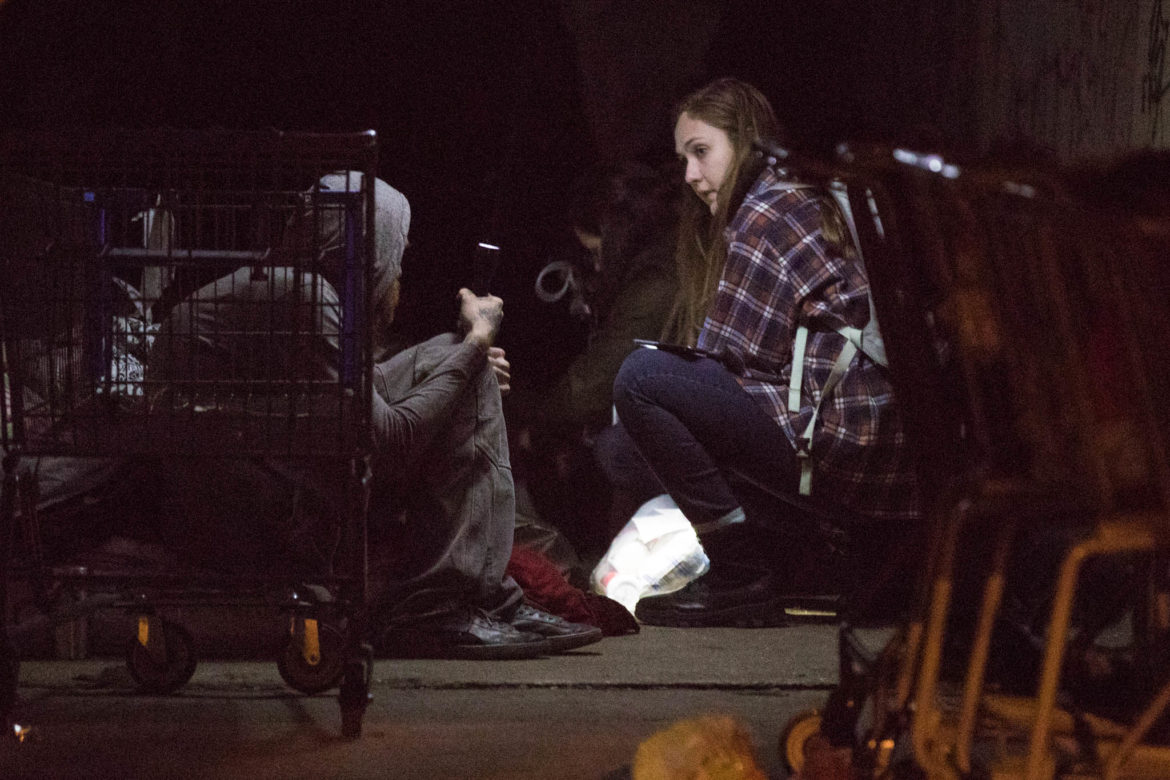 Found in San Antonio Woman. Jan/Feb 2019
From Quantico to Cookies: Major General Angie Salinas
“Where else can you go today to help people at all times and to live by the Girl Scout law, which is good resource management, and treat people with respect … all those things?” 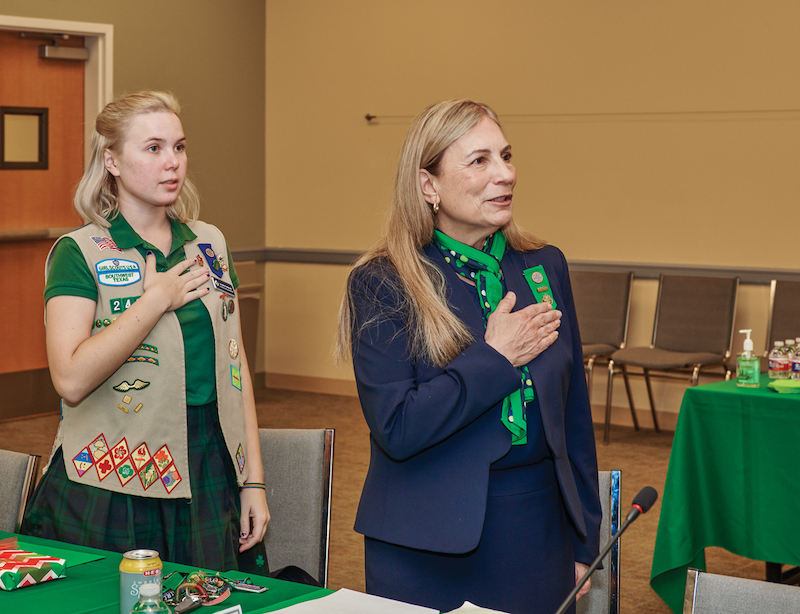 Found in San Antonio Magazine, February 2019
Big Ideas Changing San Antonio
5 dreams that locals are turning into realities—all with the potential to transform life in San Antonio (and beyond) in both little and big ways. #1: Saint City Supper Club: Success in the Culinary Industry Doesn’t Have to Come at the Price of Self Care #2: @SA2020 ConnectSA: SA’s Transportation Problems Won’t Be Solved with Construction #3 @SanAntonioSAI: Street Art Can Transform the Culture of a City #4 @safoodbank: Reducing Food Waste Can Help Decrease Community Hunger #5: South Texas Trauma-Informed Care Consortium: Addressing Childhood Trauma Will Improve Public Health. 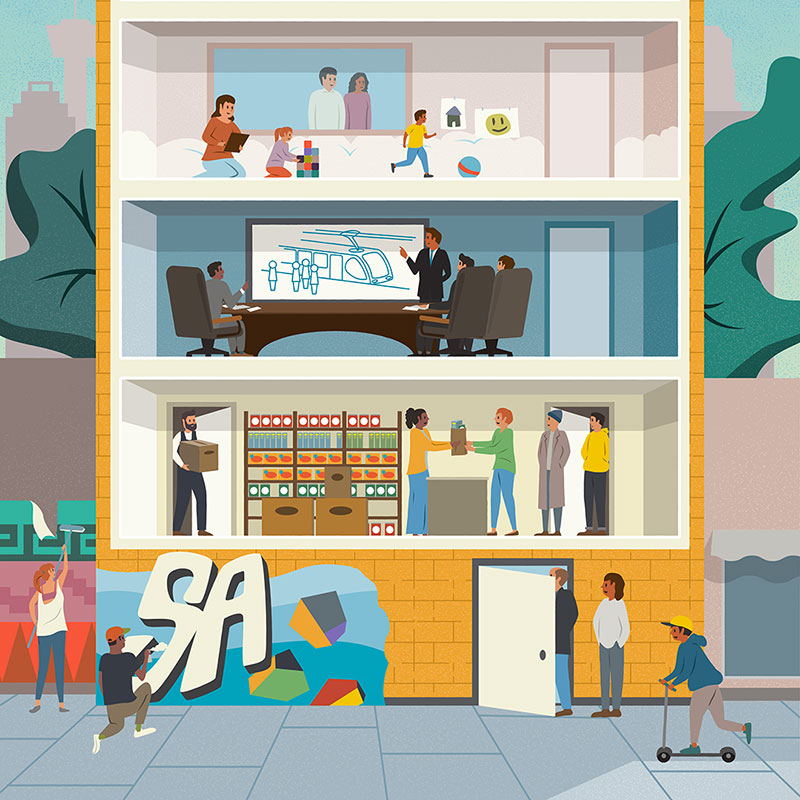 Found in the Rivard Report, 2 February, 2019
Nirenberg Supports Mobile Shower Truck for Homeless but Wants Sustainable Plan
Dist 1 councilman Roberto Trevino: “…Bottom line, we are a compassionate city, and this is the gesture of a compassionate council.” 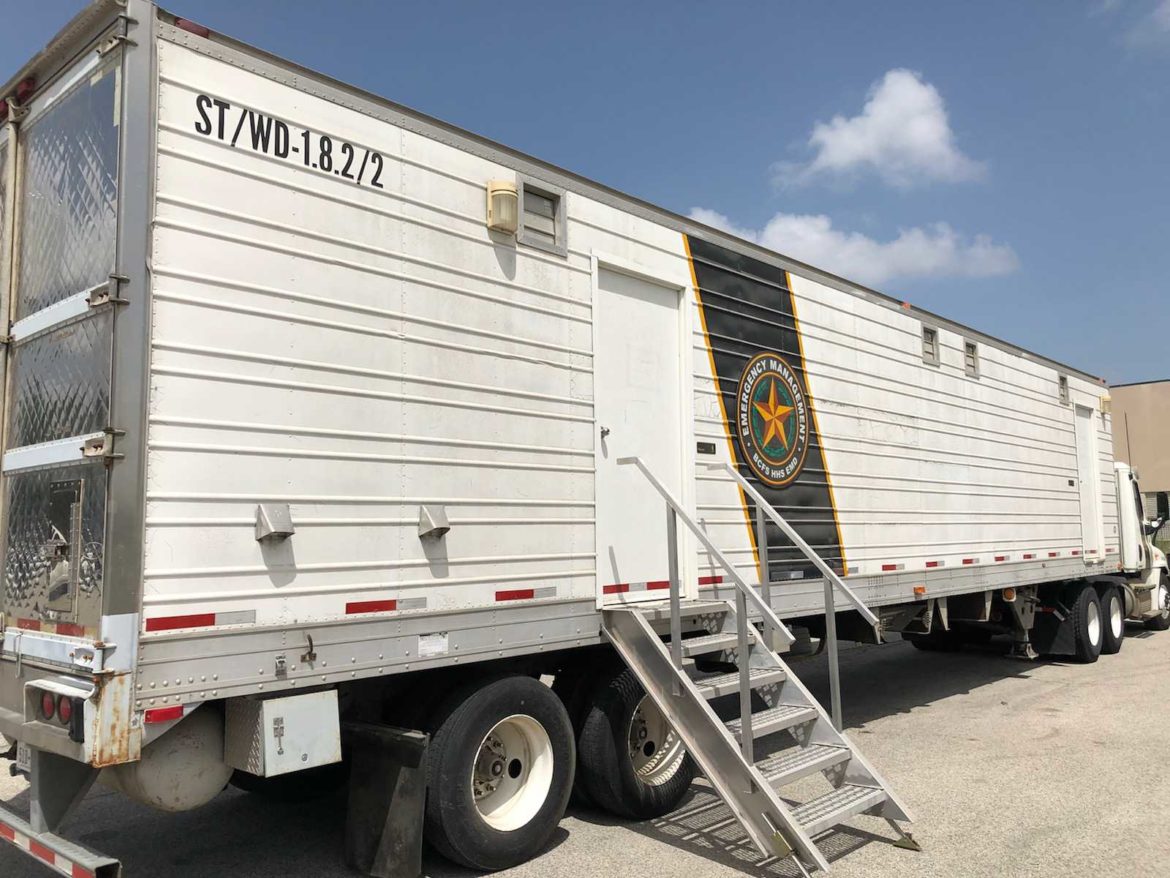 Seen on KENS 5, 2 February, 2019
Medio Elementary School dedicates ‘Jump Rope For Heart’ to one of their own
Throughout the month, @swisd kids will go door to door, neighbor to neighbor, relative to relative, to raise money for the @AHASanAntonio. 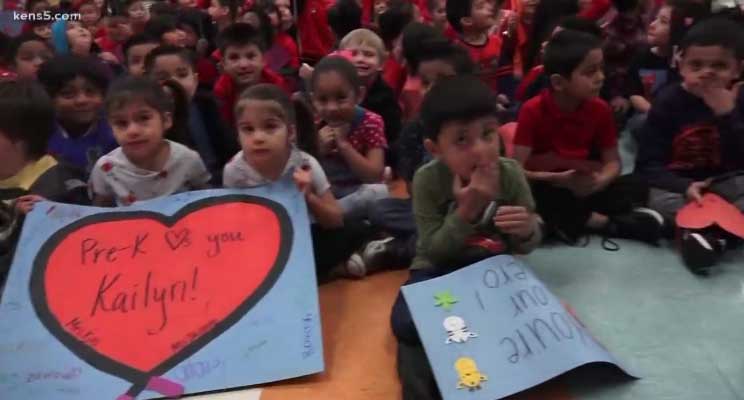 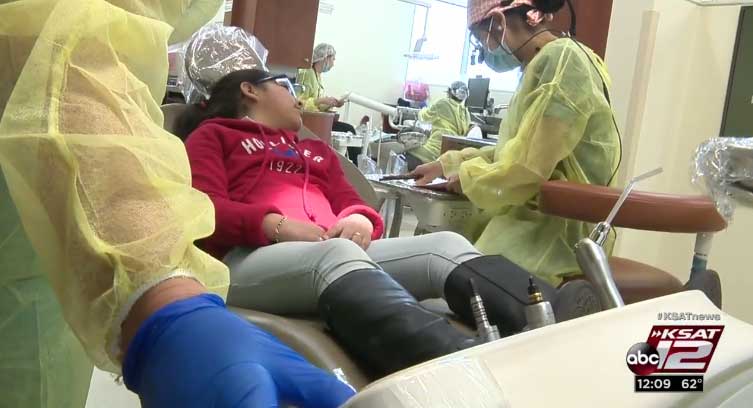 Found in the Express-News, 1 February, 2019
Trinity kicks off 150th anniversary by giving back to San Antonio
As part of the sesquicentennial, the university is aiming to complete 150,000 hours of community service in the next year, Trinity’s president, Danny Anderson, said. 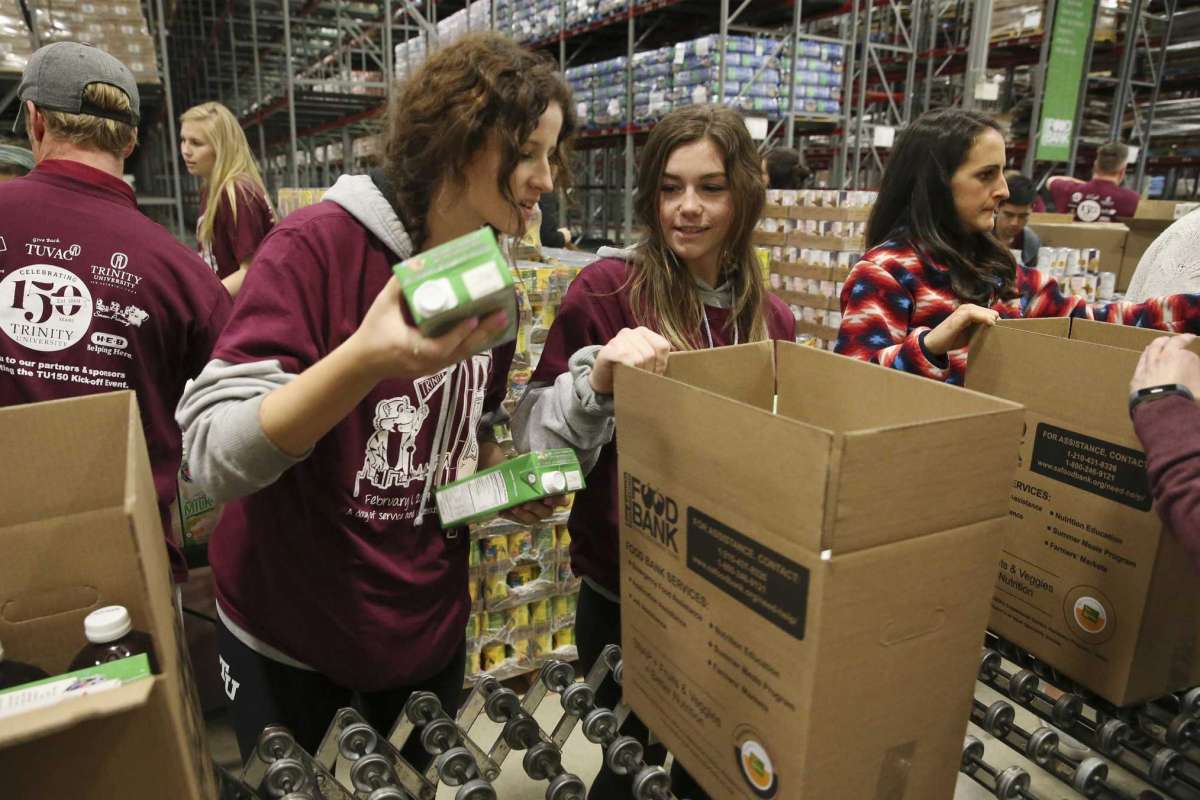 Found on the UTSA web site, 31 January, 2019
UTSA continues long tradition of inclusivity with announcement of Race, Ethnicity, Gender and Sexuality Studies department
“We know that students who learn in an open and inclusive environment succeed, and this department will be part of cultivating that success.” 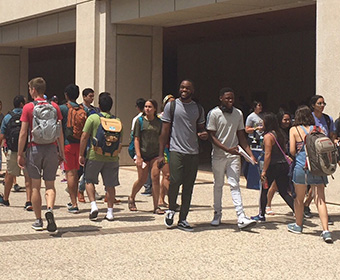 Found in the Express-News, 3 February, 2019
Why affordable housing and transit matter here
Endemic poverty here, and the exhausting struggle to stay above the poverty line, is not nearly as visible as it should be because San Antonio is a divided city. 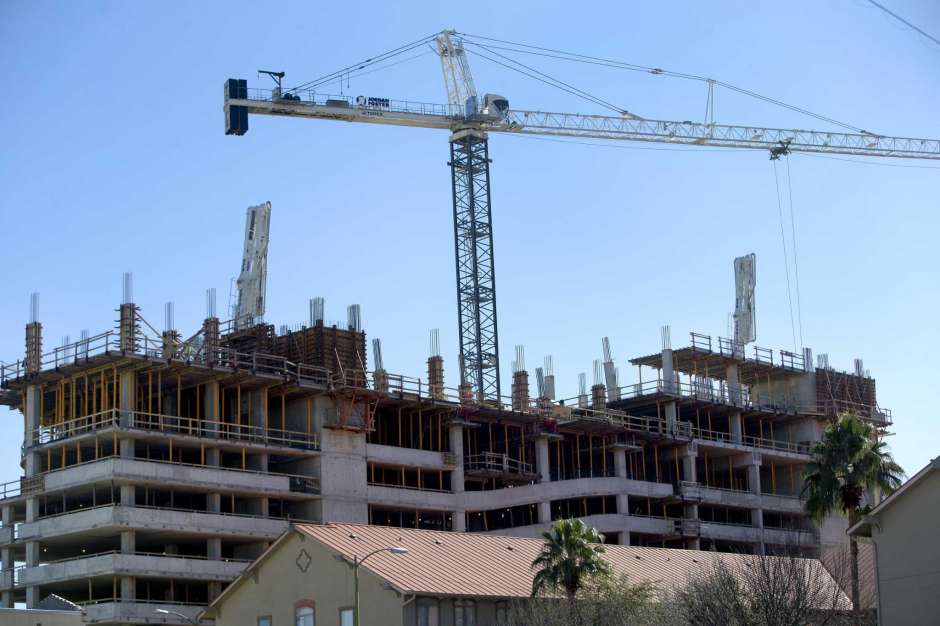 Seen on FOX 7 (Austin), 4 February, 2019
What could Austin learn from San Antonio’s homeless shelter model?
“Befriending people and loving on people where they are, and going to them, lets them know that, ‘Hey this person must care about me if he’s coming to me.’” 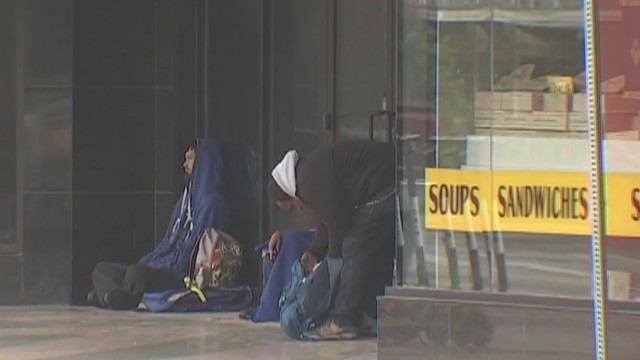 Seen on KENS 5, 5 February, 2019
Out with the junk, in with the greens: SA company focusing on employee health with fresh food-stocked vending machines
The company is doing all it can to make sure employees stay healthy and happy. 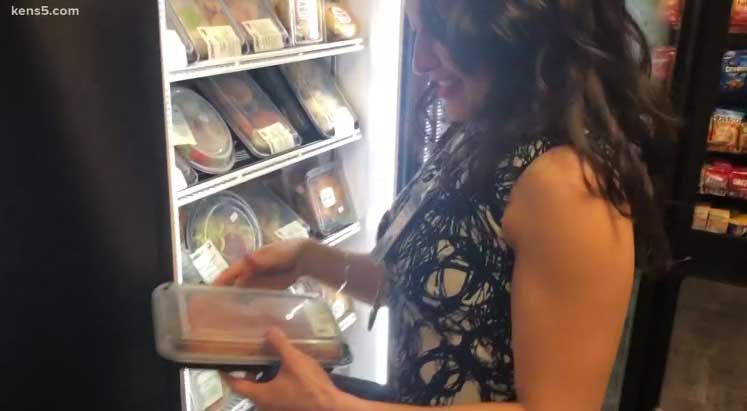 Seen on KSAT 12, 5 February, 2019
San Antonio ISD bus driver gets students excited about reading
SAISD’s Rolling Readers Program gives students access to Wi-Fi on the way to school and on the way home, as well as access to Kindles. 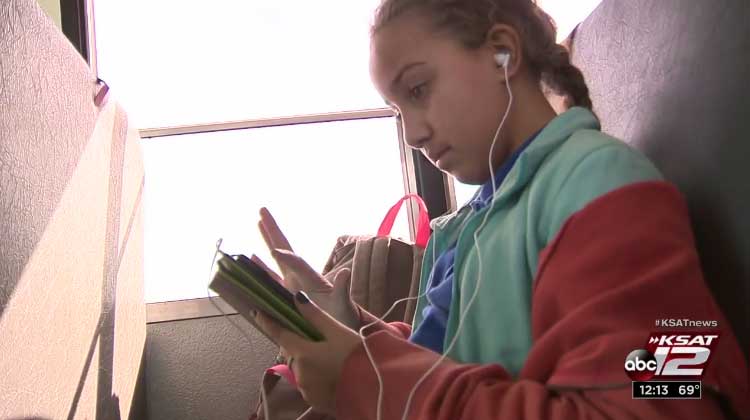 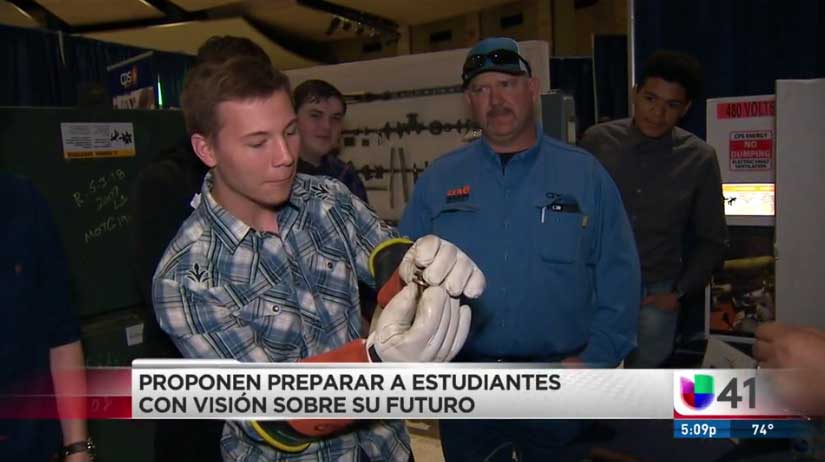 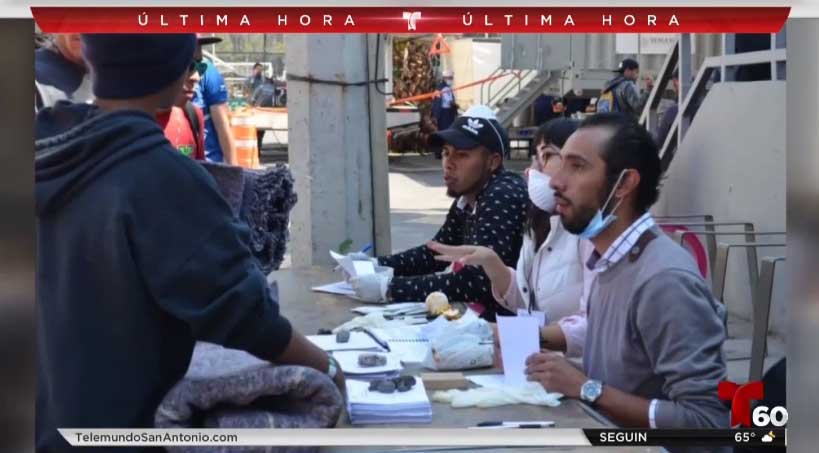