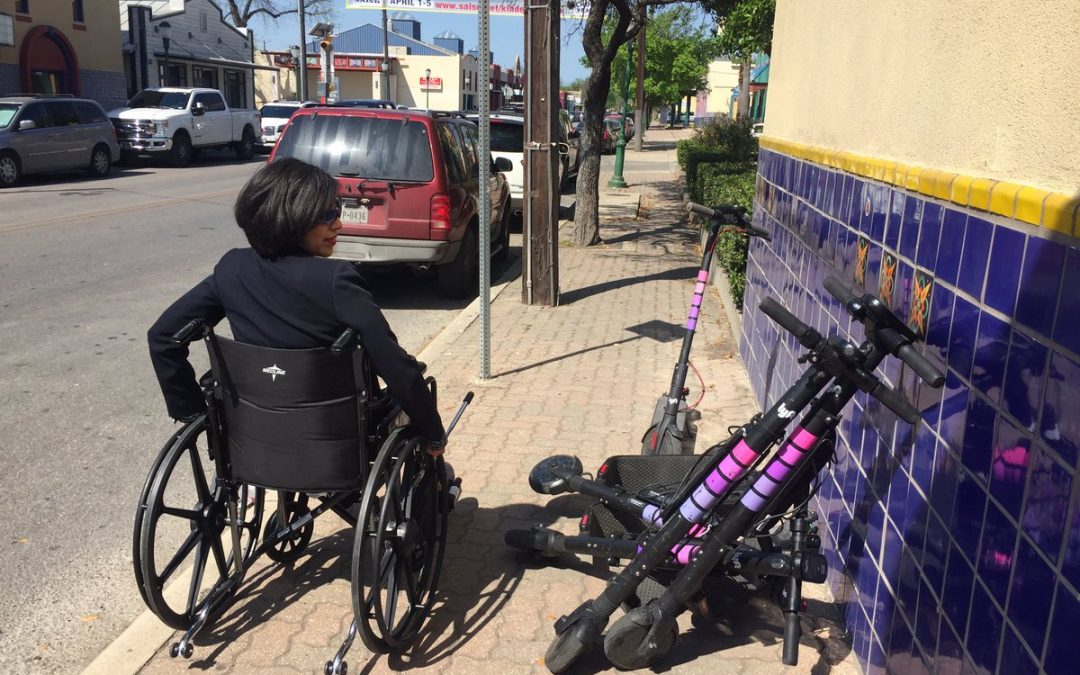 Empathy is being able to put yourselves in another’s shoes — or, in this case, another’s wheels. D6 Councilwoman Ana Sandoval (above) joined @ProjectMENDSA by spending “A Day in the Life” of a wheelchair user. %$#@ scooters! 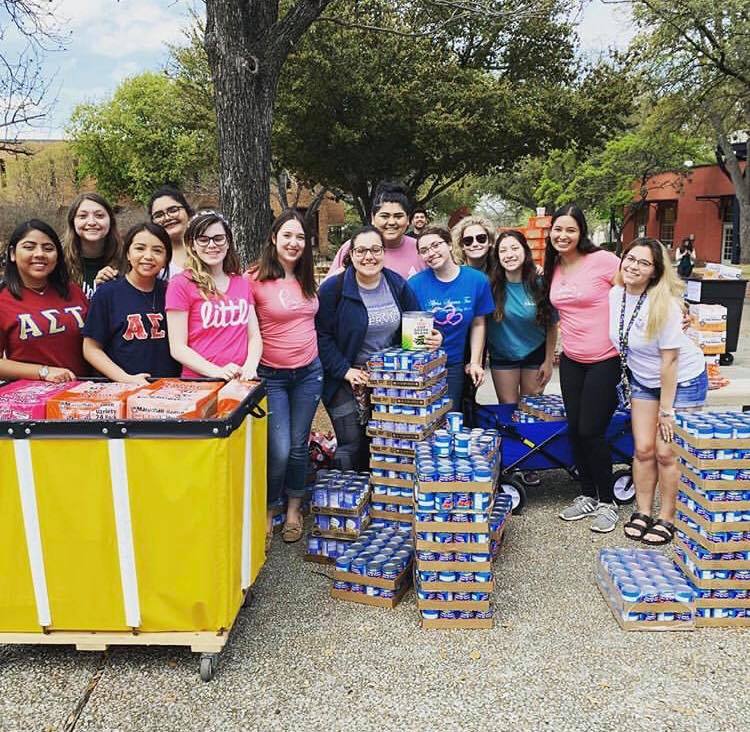 On Friday, St. Mary’s University Fraternity and Sorority Life knocked it out of the park collecting almost 5,000 food items to support the Food Pantry at the Guadalupe Community Center. Every Wednesday we publish this compassion news roundup. If you want to get the news faster, follow us on Twitter @compassionNET1. Don’t forget to use the hashtag #compassionateSA so we can find YOUR compassionate acts!

Found in Out In SA, 20 March, 2019
Local Gender Affirmation Project Will Assist with Updating of ID’s
“Transgender individuals face so many challenges each day that obtaining an identification credential that matches their identify should not be one of them.” 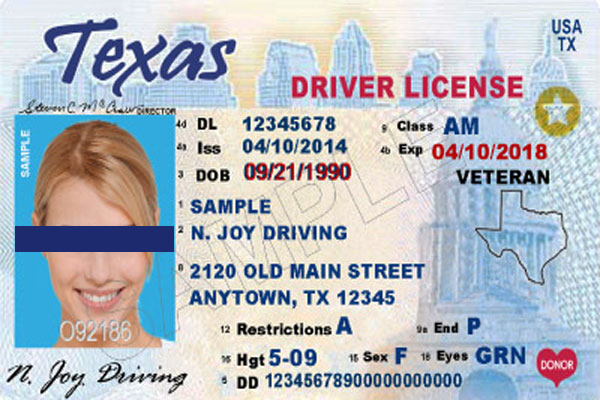 Seen on FOX 29, 20 March, 2019
Free program helping businesses educate drivers
“We know that businesses in our community value the safety of their employees and all residents and visitors on area roadways.” 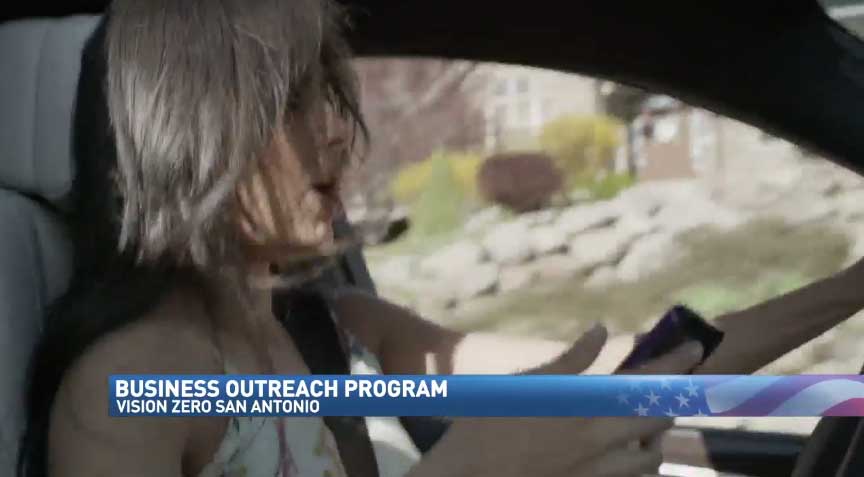 Found in the Rivard Report, 20 March 2019
UTSA Students, Faculty to Get Free VIA Rides Anywhere in City of San Antonio
VIA U-Pass is a way to help students travel between campuses and minimize the environmental impact of the school’s enrollment growth. 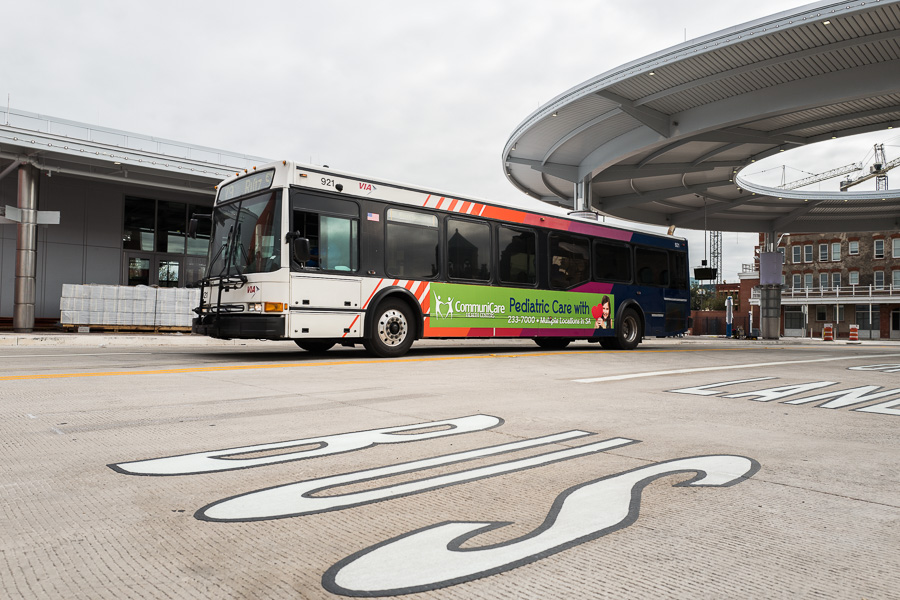 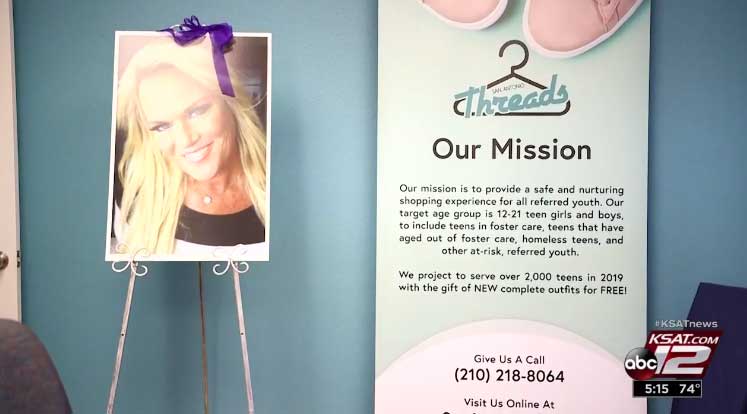 Found in the Rivard Report, 20 March, 2019
Holocaust Survivor Eva Schloss Encourages Younger Generations Not to Forget
The presence of more than 1,000 students from Alamo Colleges is important during times when anti-Semitism is on the rise and “a testament to the unique spirit of unity and mutual respect” in San Antonio. 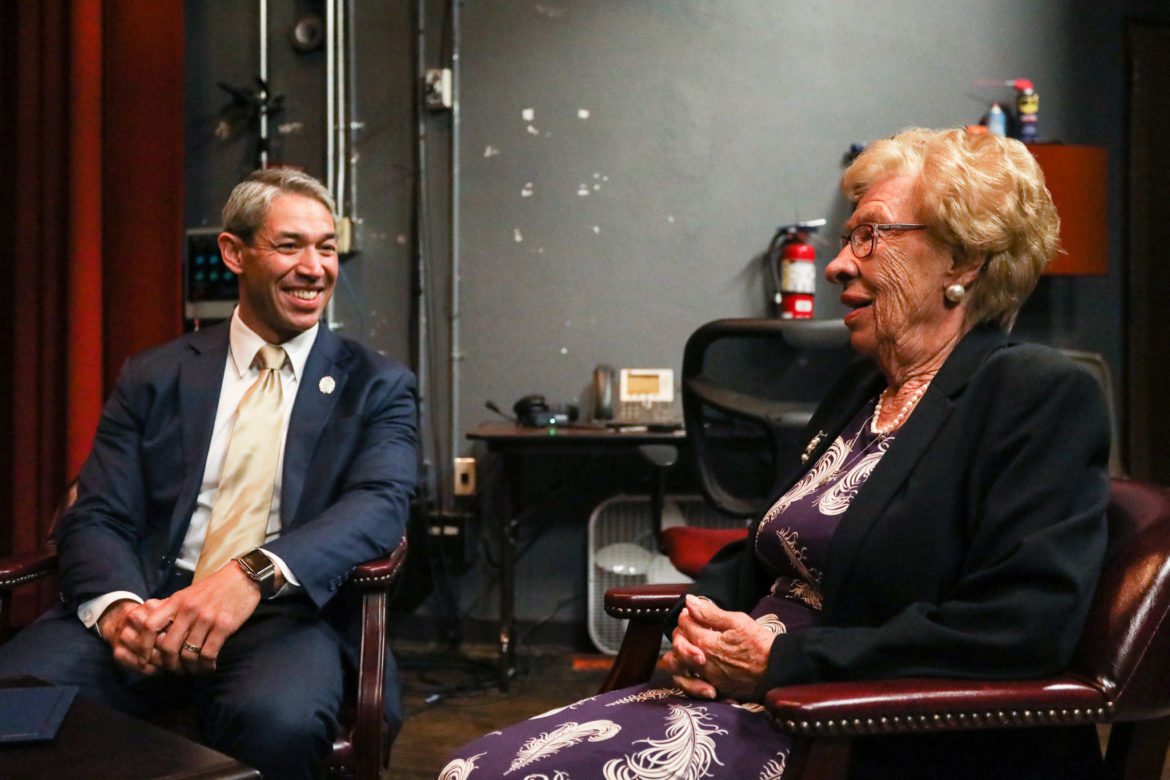 Seen on KENS 5, 20 March, 2019
San Antonio PD learns more about handling hate crimes
The Matthew Shepard Foundation, along with the nonprofit Lawyers’ Committee for Civil Rights, trained local law enforcement officials on how to work with prosecutors and outside authorities when investigating a hate crime. 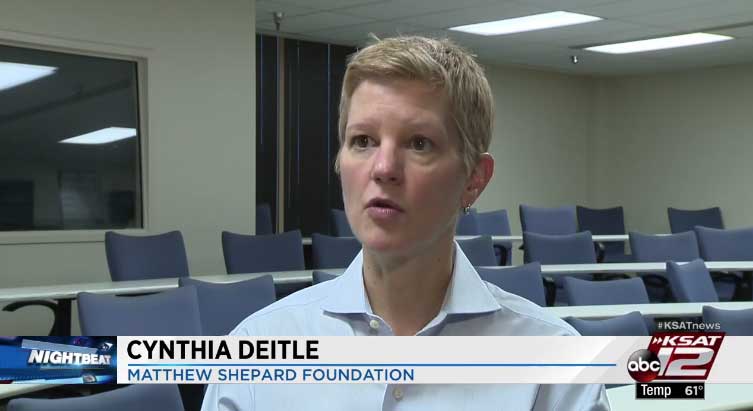 Seen on KENS 5, 21 March, 2019
Patients enjoy ‘Teddy Bear Clinic’ during 3rd annual #ChildrensHospitalsWeek
“It helps the kids kind of get familiar with things that are going on in the hospital, get to kind of go through different stations to learn about it, in a non-threatening way.” 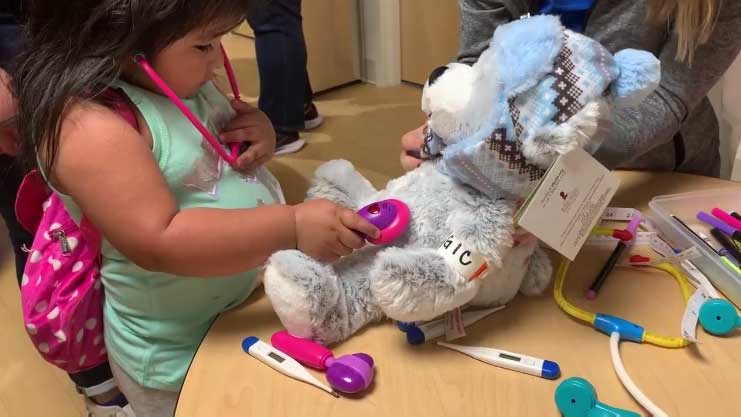 Found on KENS 5, 21 March, 2019
Plan to bring new restaurants to SA Airport amended by City Council to exclude Chick-Fil-A
“San Antonio is a city full of compassion, and we do not have room in our public facilities for a business with a legacy of anti-LGBTQ behavior.”>P>

Found in the Rivard Report, 21 March, 2019
A Divided City Council Approves Airport Concession Contract, Kicks Out Chick-Fil-A
“With this decision, the City Council reaffirmed the work our city has done to become a champion of equality and inclusion.”

Seen on KSAT 12, 21 March, 2019
Plan to bring new restaurants to SA Airport amended by City Council to exclude Chick-Fil-A
“Everyone has a place here, and everyone should feel welcome when they walk through our airport.” 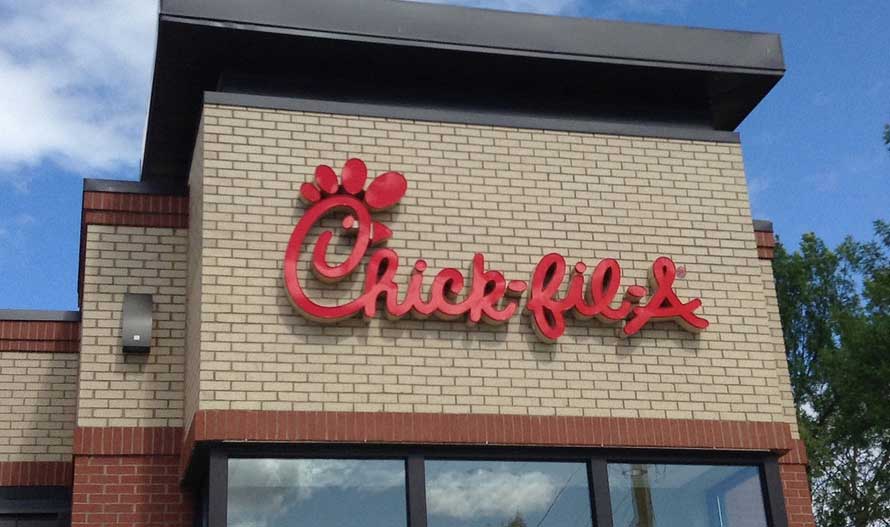 Found in the Rivard Report, 21 March 2019
Festival to Bridge Musical Differences With Culturally Diverse Program
But we are all human, so we all better communicate to the best of our ability in order to keep our planet in one piece.” 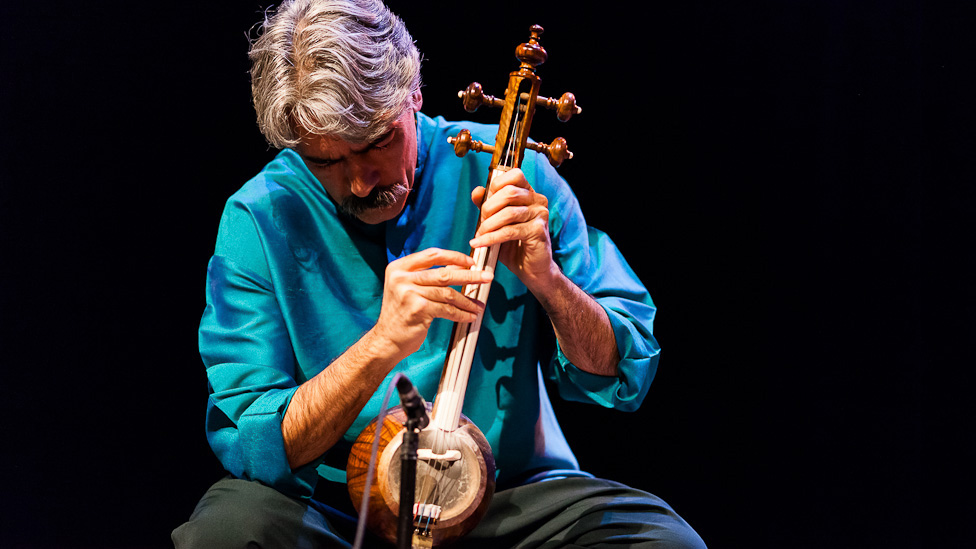 Found in the Rivard Report, 21 March, 2019
City Council Approves $1 Million Fund to Help Displaced, Vulnerable Residents
Displacement and homelessness is an “unacceptable” condition for people in San Antonio, said Mayor Ron Nirenberg, who formed a task force in 2017 that developed the policy. The City’s fiscal year 2019 budget includes $25 million as part of a three-year work plan to implement the housing policy. 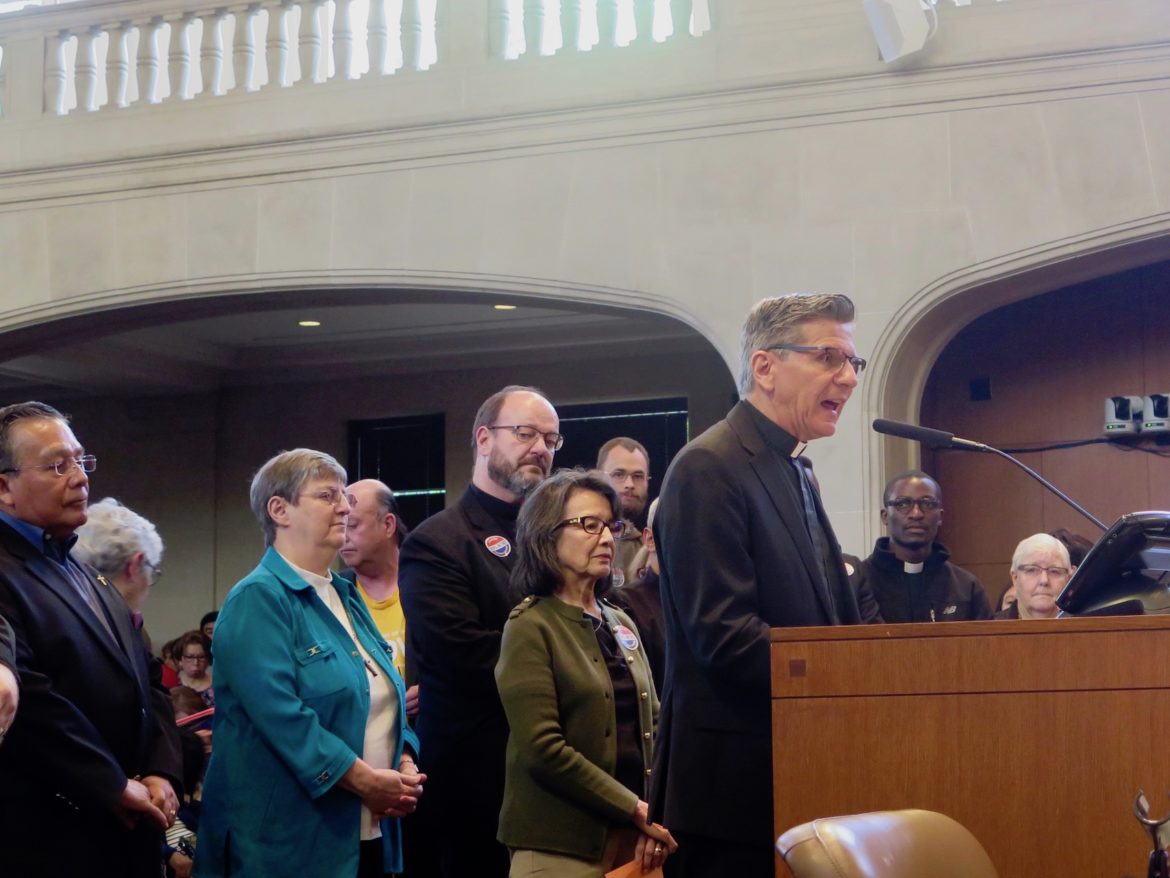 Found in the Express-News, 23 March, 2019
Mama Shirley leaves lasting impression upon San Antonio kids at The Children’s Shelter
Harris nurtures the youngsters as if she were their mother. She knows their favorite colors. She teaches them to say “yes, ma’am” and “yes, sir.” She treats them all the same. And she doesn’t sugarcoat anything. 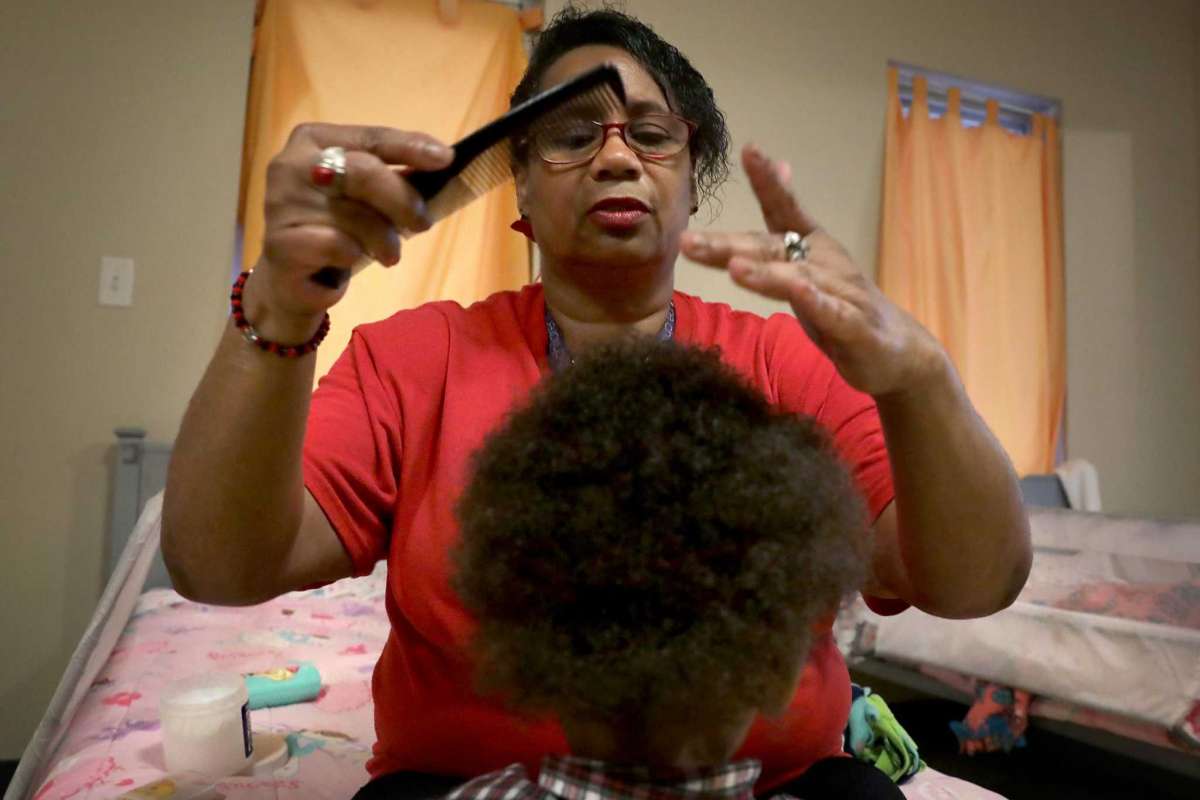 Found in the Texas Monthly, April, 2019
Margarita Cabrera’s Monumental ‘Arbol de la Vida’ Grows in San Antonio
In Cabrera’s voluminous version, the tree becomes a repository for the stories of the city’s residents—landowner and ranch hand, citizen and noncitizen, people of every race and culture. 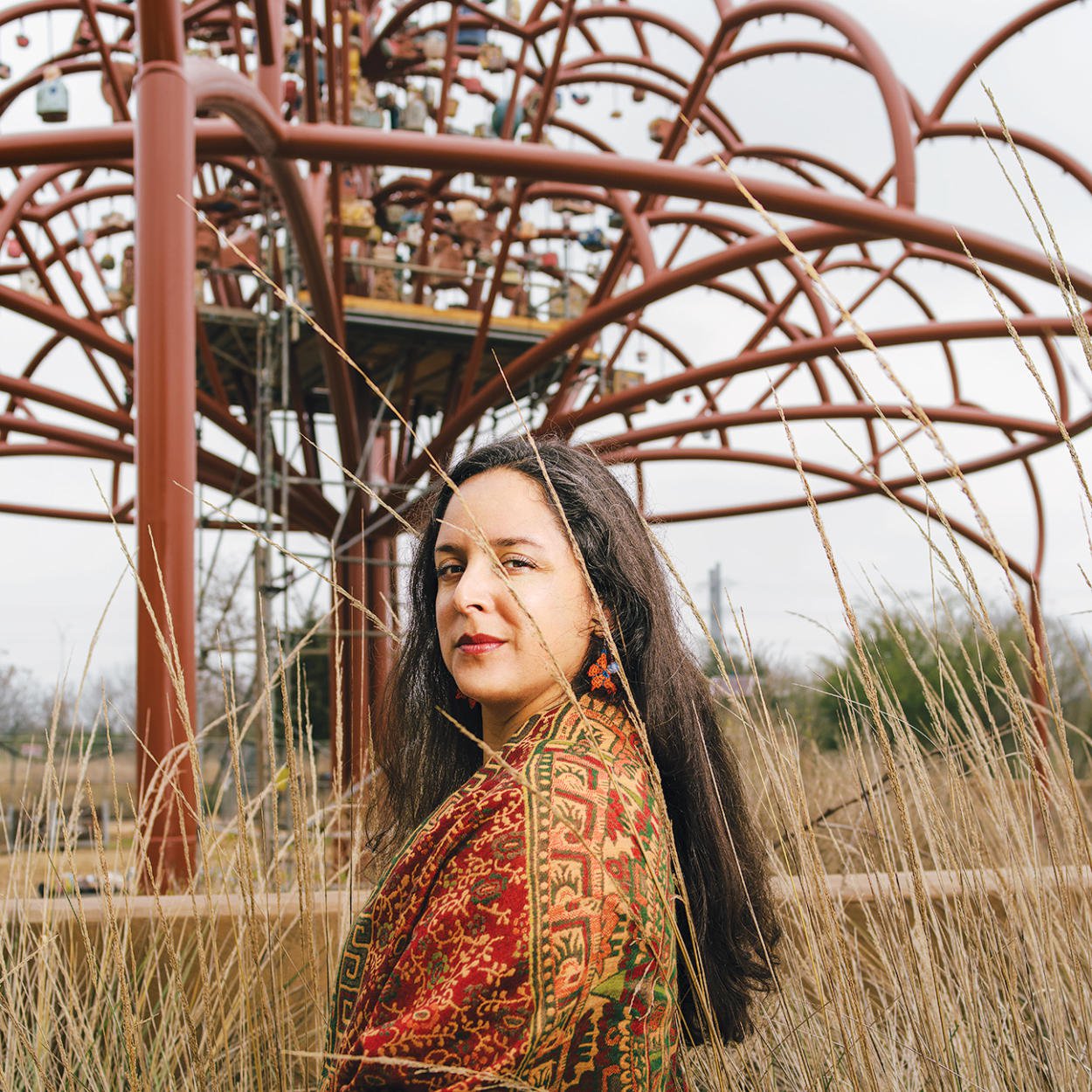 Found in the Express-News, 23 March, 2019
San Antonio vigil honors victims of New Zealand mosque attacks
“We gather this night in hope, while acknowledging our awareness of deep grief and sadness.”

Found in the Rivard Report, 23 March, 2019
Muslim, Interfaith Community Hold Vigil in Wake of Christchurch Mosque Shootings
“I hope that incident will unite us, will bring us together no matter what the religion, the background, the culture, the color.”

Seen on KENS 5, 25 March, 2019
San Antonio holds vigil for victims of mosque attacks
The event was organized by the Muslim Children Education and Civic Center and Turkish Raindrop House. 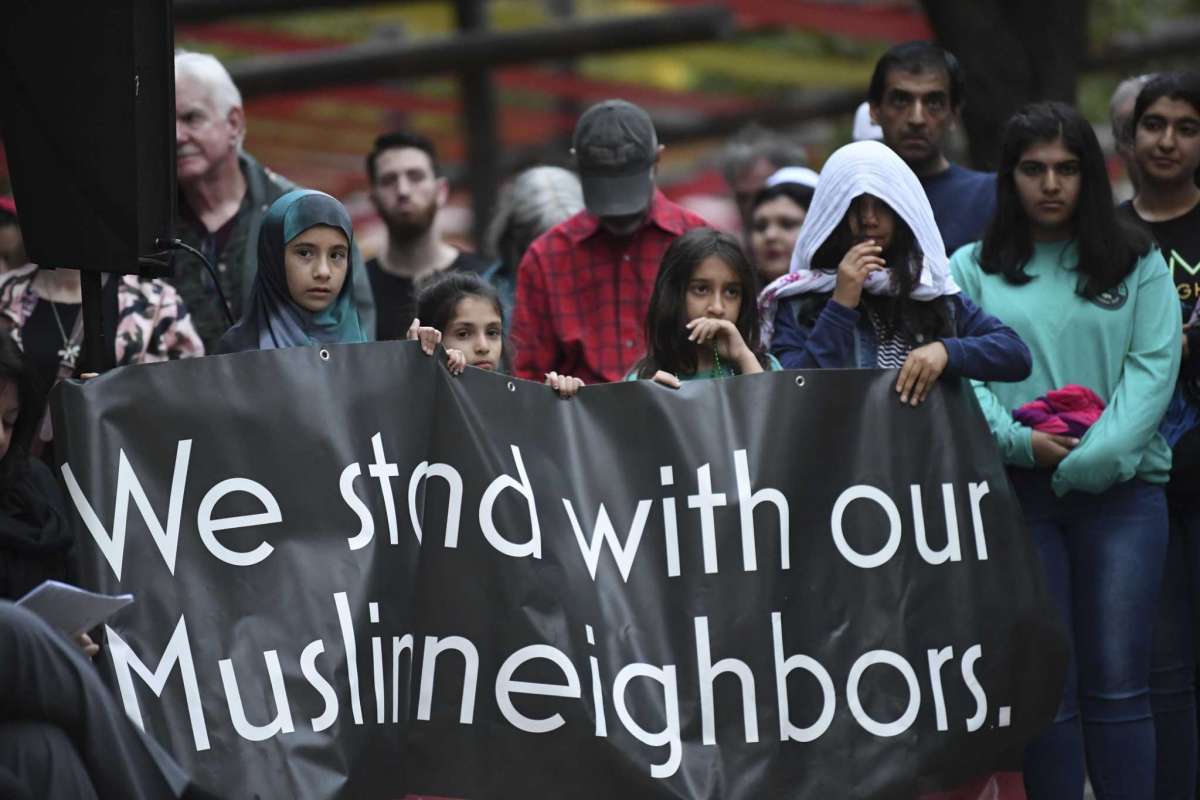 Seen on KSAT 12, 23 March, 2019
‘From nothing to something’: Once homeless man moves in to tiny home
The current houses, which inhabitants can live in for three months, are for single people right now, but in the future, the ministry hopes to build more houses to accommodate families. 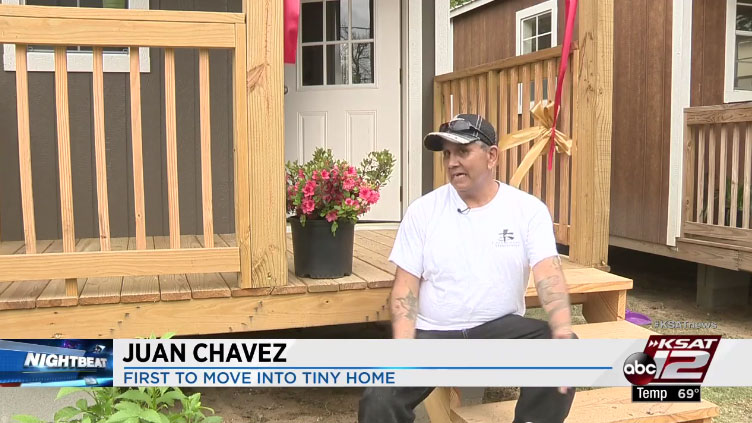 Found on Spectrum 24 March, 2019
NISD Hosts Giveaway of 40,000 Books
“Some kids at my school don’t have books at home so this is a great opportunity for them.” 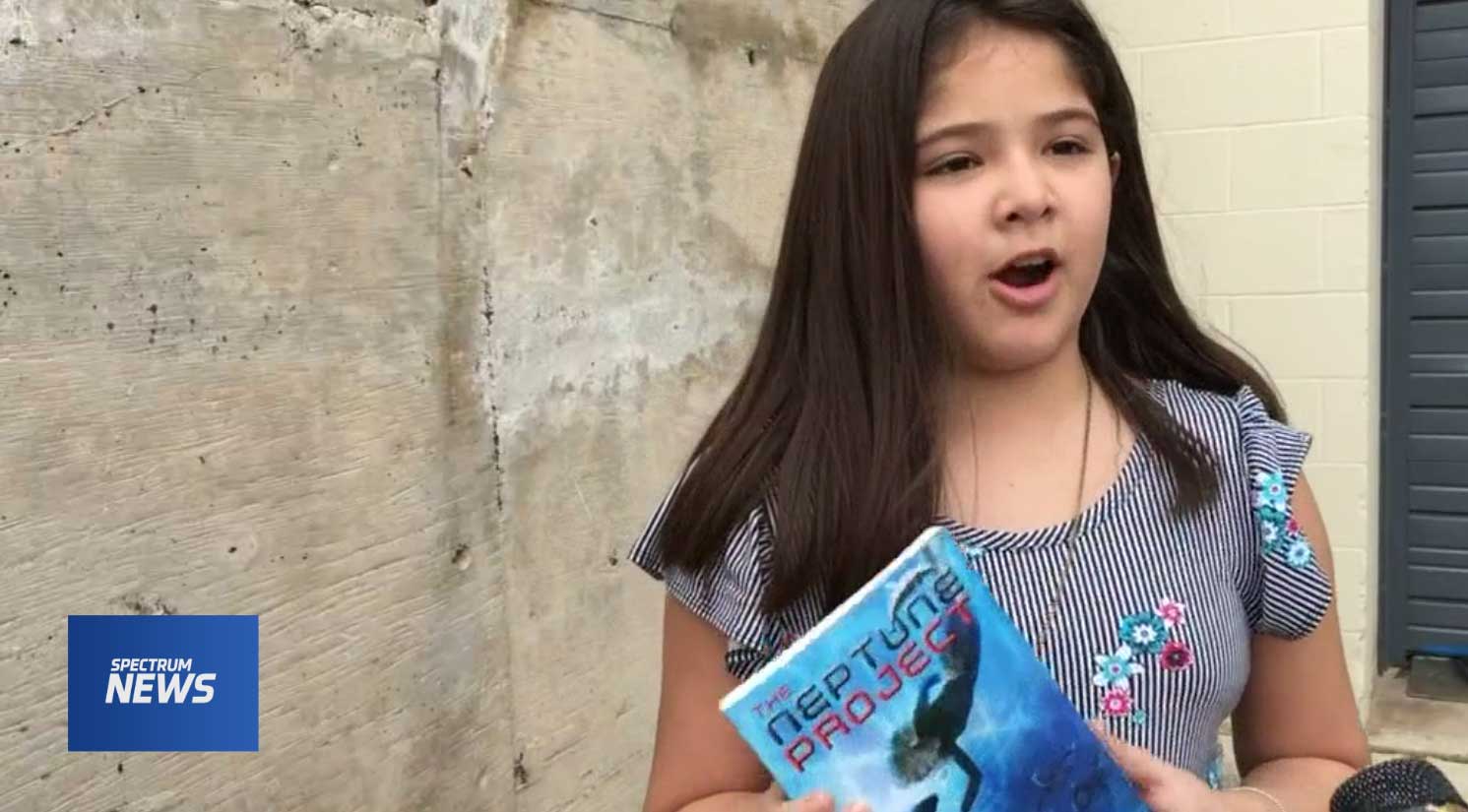 Found in Presbyterian Outlook, 20 March, 2019
Continuing the dance of faith and service: A small congregation keeps step with their community
Divine Redeemer, like many small congregations, builds on its strengths: its dedication to the neighborhood, its partnership with House of Neighborly Service, its persistent willingness to try new things. 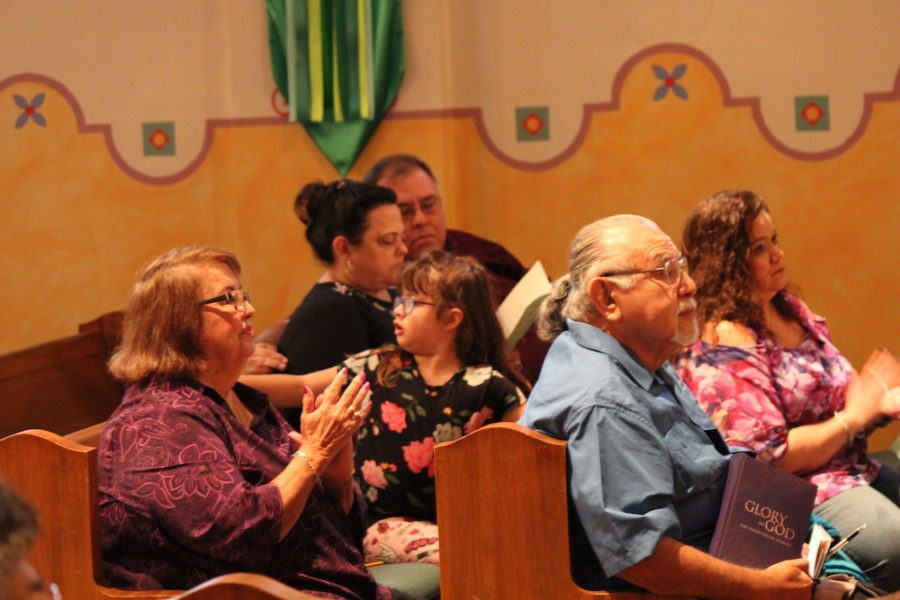 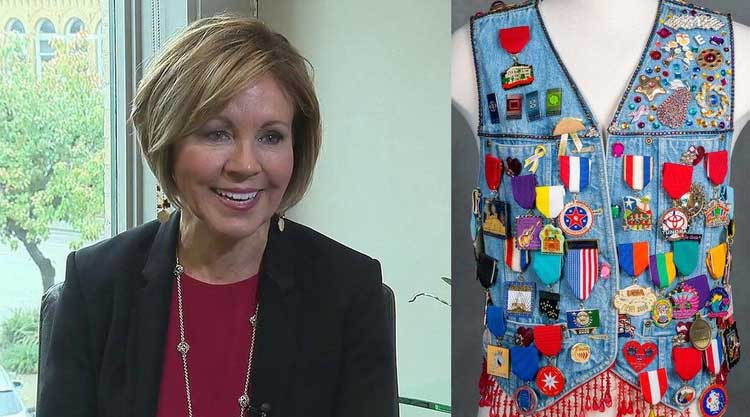 Found in San Antonio Magazine, March, 2019
Mother-daughter duo share love of the arts in support of Blue Star Contemporary
“I can think of no greater illustration of generosity than a family who ensures that a deep-rooted care for its community is passed down between generations.” 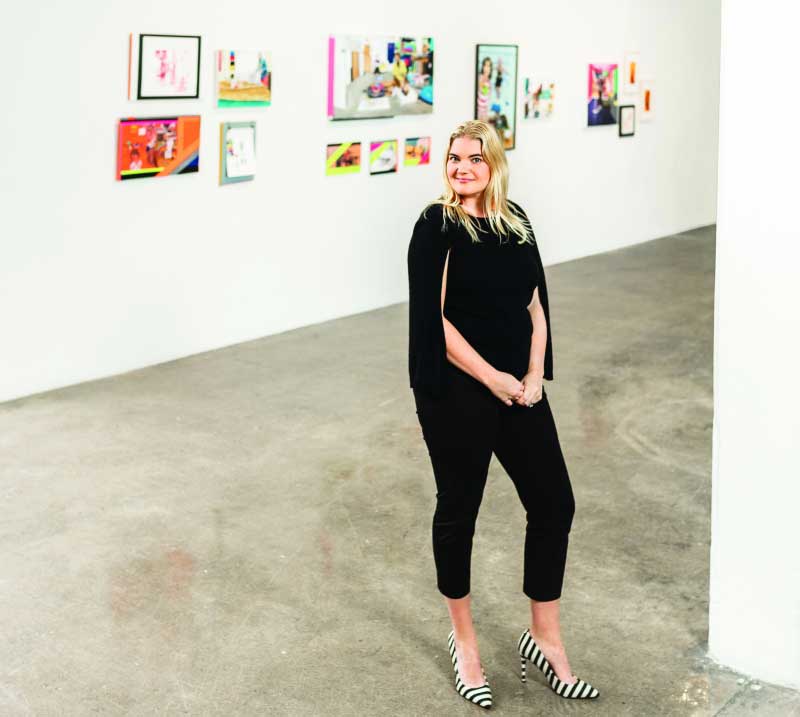 Seen on KSAT 12, 256 March, 2019
SA lawmakers live as disabled people, gain perspective
They went to a local H-E-B to gather groceries, load them in a car and then unload them at a West Side senior center. 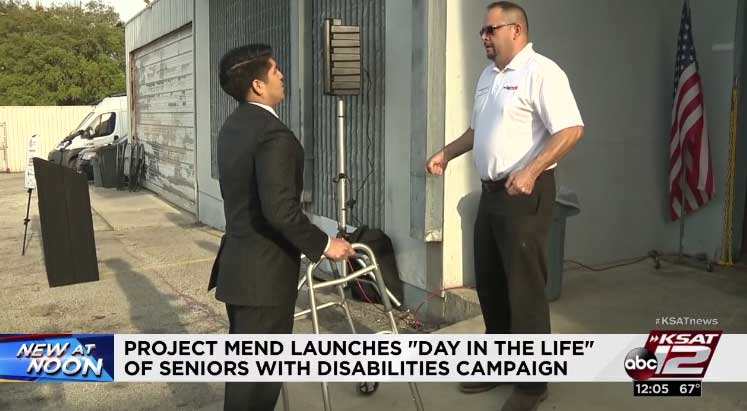 Found on Deceleration, 22 March, 2019
Climate Flash Choir Brings ‘Joyful Militancy’ to City Council
This way of being together—gentle and fierce, heartbroken and joyful—continues to survive and thrive. 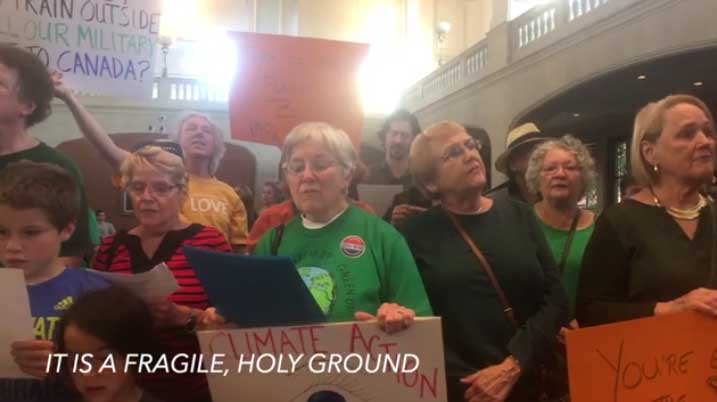