Diderot: The Danger of Setting Oneself Against the Law 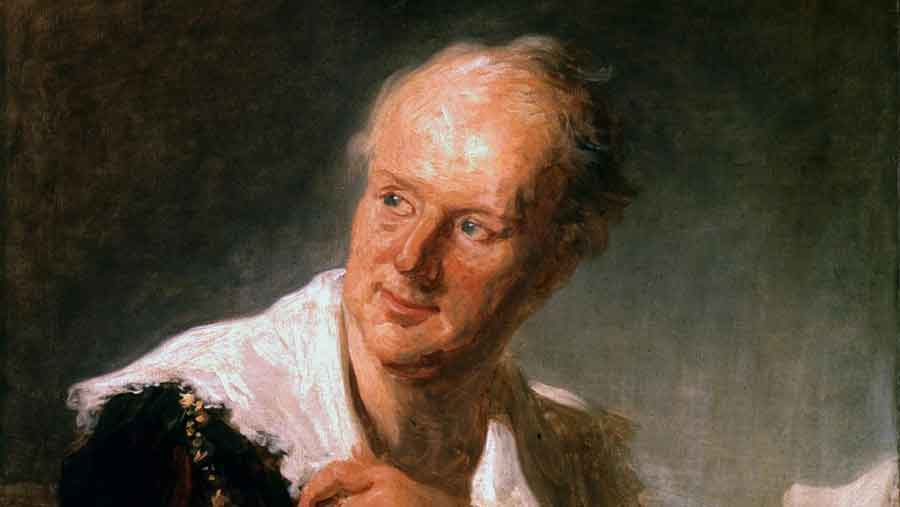 At Half Price Books the other day I picked up a copy of five short pieces by Denis Diderot, the 18th Century French philosopher of the Enlightenment: This is Not a Story and other stories, a new translation by P.N. Furbank. (Oxford University Press, 1991) The last delightful little piece is “A Conversation of a Father With his Children, or The Danger of Setting Oneself Against the Law,” (Entretien d’un père avec ses enfants) (1772).

Diderot’s father gathers Denis, his brother and sister ’round and tells of the time he was an executor to an estate. Diderot père stumbles across a yellowed will, apparently forgotten, that disinherits the deceased’s deserving and needy relatives and favors a rich family in far-off Paris. He was tempted to toss the will into the fire; who would know? Aren’t compassion and justice more important than the law? A priest whom he consults advises him that it is indeed the compassionate course, but if he were to do so he has a moral obligation to reimburse the cheated heirs with his own funds. Diderot emphatically endorses burning the unjust will, but his brother, an abbé, defends the supremacy of the law, claiming that to evade or defy it in any given case is to open the door to the sophistries of “all the knaves in the universe.” A lively discussion ensues about this and other cases.

This piece, only 33 short pages, would make an interesting companion to Thoreau’s essay, “On the Duty of Civil Disobedience,” discussed in Lesson Seven of The Class of Nonviolence. Diderot is less polemic, more open-ended than Thoreau: he aims to provoke discussion rather than convert to his point of view. Diderot’s ending is characteristically ambivalent. Denis whispers to his father, ” . . the truth is, there are no laws for the wise man.” His father replies, “I should not be sorry if there were one or two in the town like you; but I should not want to live there if they all thought the same.”

Alas, there does not appear to be an English translation available online, but it is well worth finding, reading and sharing (the San Antonio Public Library has a copy.)