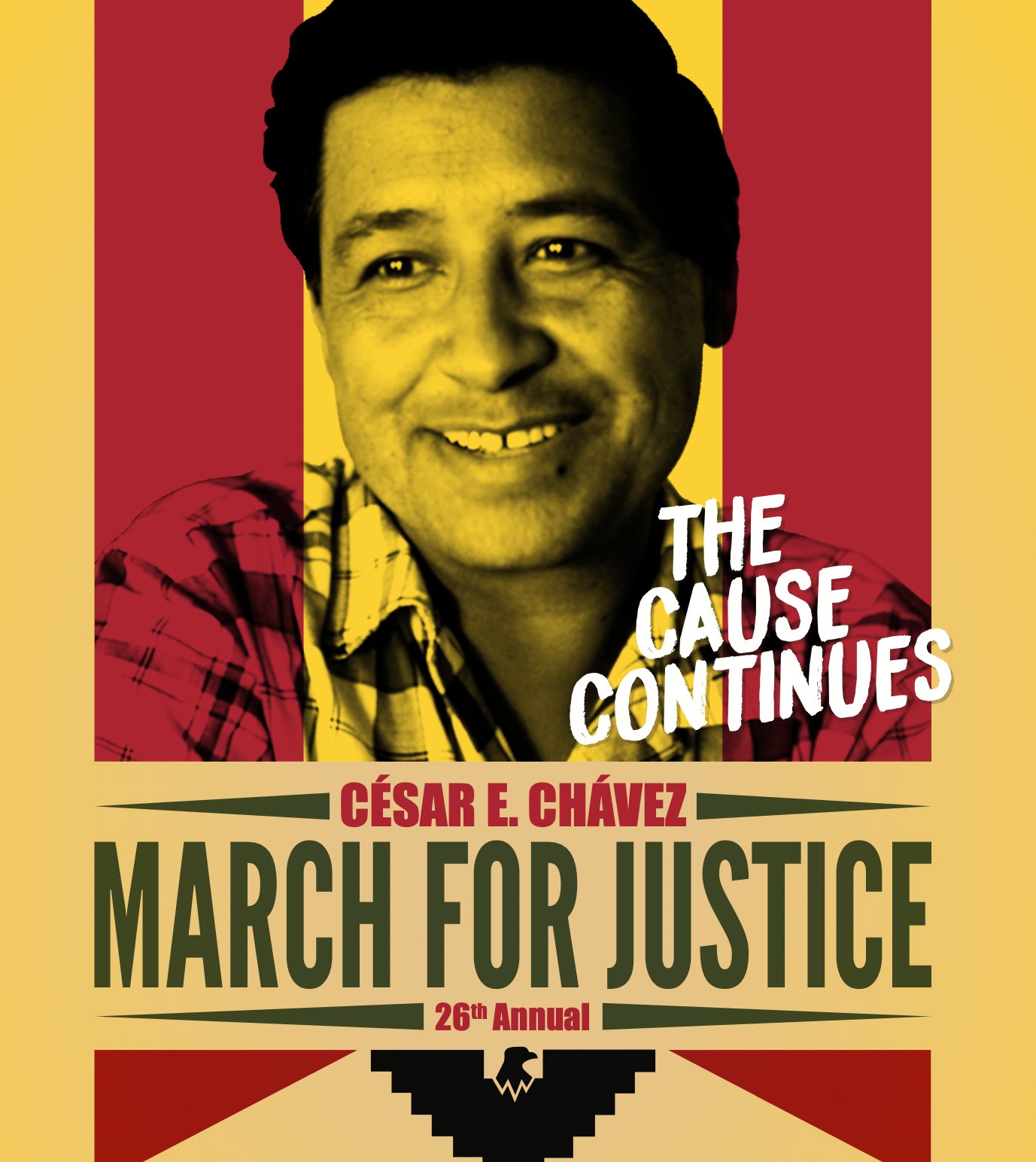 Join us for the 26th annual Cesar E. Chavez March for Justice.
This year’s Grand Marshals are Erika Prosper Nirenberg, First Lady of San Antonio and Paul Chavez, son of Cesar Chavez and President and CEO of the Cesar Chavez Foundation.
Program begins at 9 a.m. and March steps off at 10 a.m. at the corner of Brazos and Guadalupe streets near the Guadalupe Cultural Arts Center.
Free Transportation: Park for FREE at the Alamodome in lots B & C. VIA bus service begins at 8 a.m. and leaves you at the beginning of the March. VIA bus picks you up at the end of the March at Hemisfair Park in a marked area near the Tower of the Americas. Bus service until 3 p.m. and takes you back to the Alamodome.
Groups: Student groups, non profit organizations, and companies wanting to participate: Simply show up at the march step off by 9 a.m.
#lacausasigue. #sisepuede