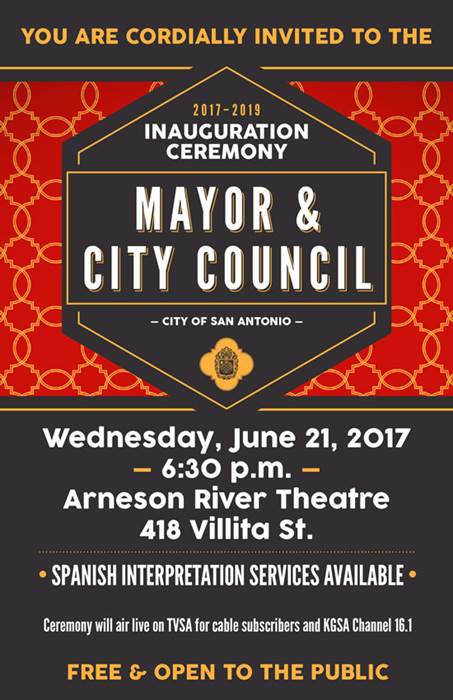 SAN ANTONIO (June 15, 2017) — The official inauguration ceremony of the 2017-2019 Mayor and City Council will take place at 6:30 p.m. on Wednesday, June 21 at the Arneson River Theatre at La Villita, 418 Villita. The ceremony is free and open to the public, with amphitheater seating available on a first-come, first-served basis.

Spanish interpretation services will be available onsite. For those unable to attend in-person, the ceremony will also be streamed live on the City’s website and broadcast on TVSA for cable subscribers (Spectrum digital channel 21/99, Grande channel 20, U-verse channel 99) and KGSA channel 16.1.