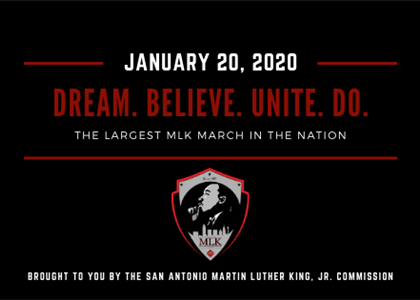 On January 19, 1987 the Commission and the City of San Antonio held its first official Martin Luther King, Jr. March. Each year, a variety of educational, inspirational and celebratory events honor one of the nation’s most revered civil rights leaders.

San Antonio hosts the largest march in the nation, with approximately 300,000 participants. Large groups who will march together should submit a participation form. We encourage all to participate, including: