The Sultan and The Saint: An Interfaith Gathering 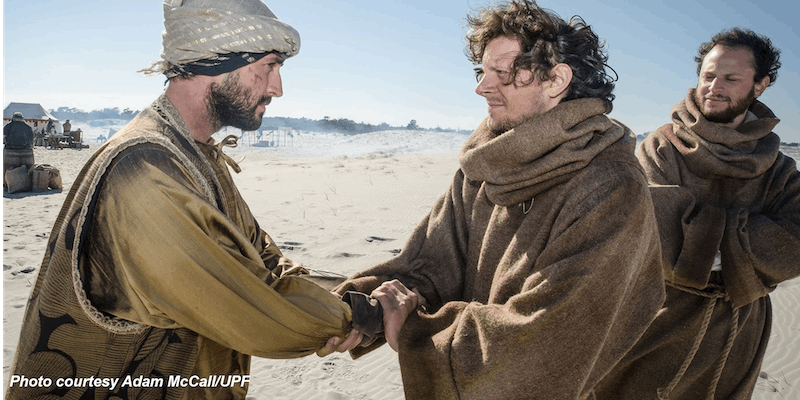 An interfaith gathering to view Emmy® Award nominated PBS documentary, The Sultan and The Saint followed by a meal and table conversations

WHAT IMPACT CAN AN ENCOUNTER MAKE?

In 1219 during the raging conflict of the Crusades, the Muslim Sultan Malek al-Kamil and the Christian Francis of Assisi courageously entered into dialogue paving a path that eventually led to ending the Crusades. Their example is an invitation to join in respectful dialogue with people of different faiths and cultures.

2019 is the 800th anniversary of this encounter. Earlier this year to commemorate this historic event, His Holiness Pope Francis and The Grand Imam of Al-Azhar Ahmad Al-Tayyeb met. The resulting Document on Human Fraternity for World Peace and Living Together acts as a guide and calls on all people who have faith in God and humanity to unite and work together.

YOU are invited to

View the documentary The Sultan and The Saint

Presented in friendship, respect and understanding by

Cost: Free and open to the public. Space is limited, a ticket is required

Donations to offset costs for the evening are appreciated.