Fable of the Forgiving Father 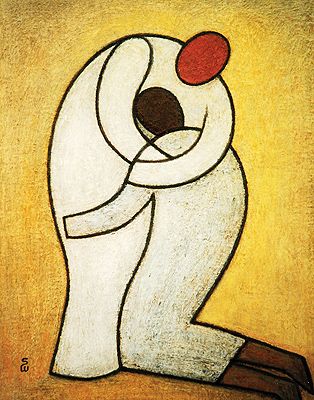 This version of the parable of the prodigal son is a real tongue twister:

Feeling foot-loose and frisky, a feather-brained fellow forced his fond father to fork over the farthings. He flew far to foreign fields and frittered his fortune, feasting fabulously with faithless friends.

Finally facing famine and fleeced by his fellows-in-folly, he found himself a feed flinger in a filthy farmyard. Fairly famishing, he fain would have filled his frame with foraged food from the fodder fragments. “Fooey, my father’s flunkies fare far fancier,” the frazzled fugitive fumed feverishly, frankly facing facts.

Frustrated by failure and filled with foreboding, he fled forthwith to his family. Falling at his father’s feet, he floundered forlornly, “Father, I have flunked and fruitlessly forfeited family favor. . . .” But the faithful father, forestalling further flinching, frantically flagged the flunkies to fetch forth the finest fatling and fixed a feast.