Inspiration from Dr. King for These Dark Times 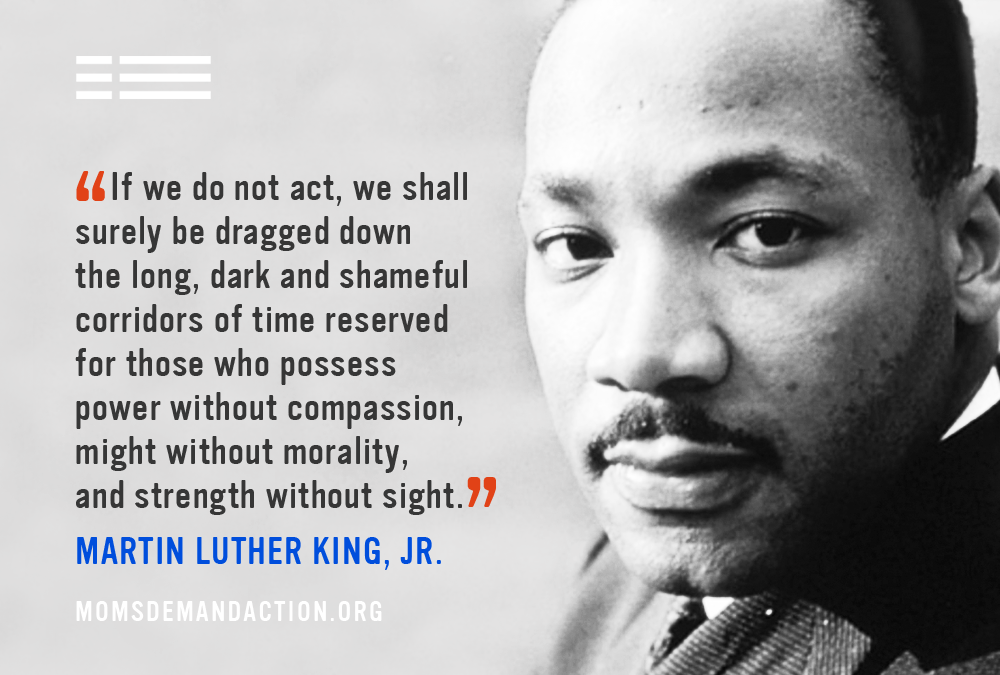 Power properly understood is nothing but the ability to achieve purpose. And one of the great problems of history is that the concepts of love and power have usually been contrasted as opposites – polar opposites – so that love is identified with a resignation of power, and power with a denial of love. We’ve got to get this thing right. What is needed is a realization that power without love is reckless and abusive, and love without power is sentimental and anemic. Power at its best is love implementing the demands of justice, and justice at its best is power correcting everything that stands against love. It is precisely this collision of immoral power with powerless morality which constitutes the major crisis of our time.

The arc of the moral universe is long, but it bends toward justice.

Nonviolence means avoiding not only external physical violence but also internal violence of spirit. You not only refuse to shoot a man, but you refuse to hate him.

Injustice anywhere is a threat to justice everywhere. We are caught in an inescapable network of mutuality, tied in a single garment of destiny. Whatever affects one directly, affects all indirectly.

In the end, we will remember not the words of our enemies, but the silence of our friends.

Our scientific power has outrun our spiritual power. We have guided missiles and misguided men.

I believe that unarmed truth and unconditional love will have the final word in reality. This is why right, temporarily defeated, is stronger than evil triumphant.

Nonviolence is absolute commitment to the way of love. Love is not emotional bash; it is not empty sentimentalism. It is the active outpouring of one’s whole being into the being of another.

Our lives begin to end the day we become silent about things that matter.

Whatever affects one directly, affects all indirectly. I can never be what I ought to be until you are what you ought to be. This is the interrelated structure of reality.

I refuse to accept the view that mankind is so tragically bound to the starless midnight of racism and war that the bright daybreak of peace and brotherhood can never become a reality… I believe that unarmed truth and unconditional love will have the final word.

No, no, we are not satisfied, and we will not be satisfied until justice rolls down like waters and righteousness like a mighty stream.