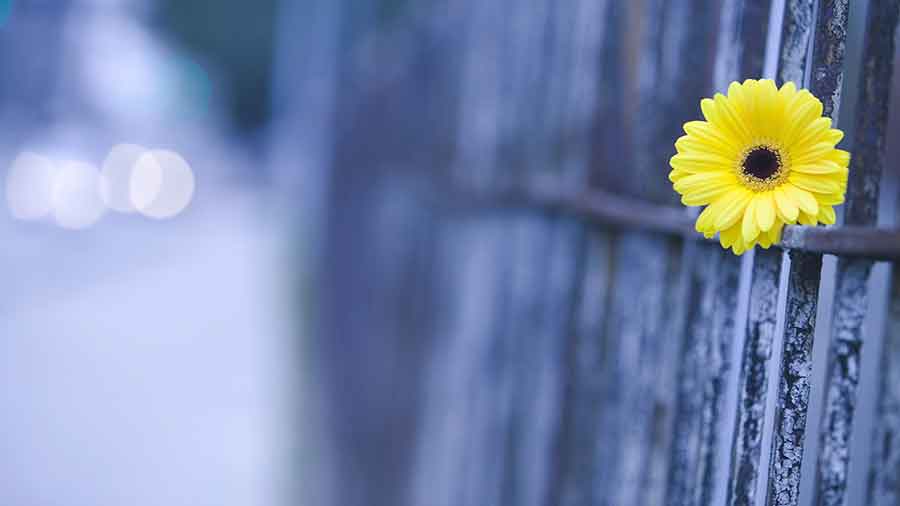 This clever, Academy Award-winning 1952 Canadian short had me laughing out loud. Then thinking.

When the flower first appeared I thought the flower was a dandelion and the neighbors might start arguing over whether it should be pulled or remain — a battle we sometimes see here when one house decides to wildscape and let their front yard look more natural in a street of perfectly manicured green lawns. Would that have been a different kind of fight — when the neighbors wanted radically different outcomes instead of competing over the same scarce resource?

It also struck me that if the neighbors had known more about plants — simple things, like that they propagate and you soon get MORE plants — they might have approached their conflict differently. If we look at the world as being one of abundance we are more likely to share. If we fear scarcity — well, you see what happened. If we have knowledge, we can make better decisions.

The neighbors also don’t seem to understand the principle of The Commons. Why can’t they SHARE the flower? What is their about ownership they sets people against each other? The characteristics they love about the flower — its beauty, its aroma — are not diminished when more than one person has access to it.

I also wondered that no one else seemed to be hanging around. What if a wife or a child had come out from one or both of the houses? If a another neighbor without a flower in the fight had walked by? Would a third person — a mediator, a disruptor — have been able to defuse the situation, help them see another way to resolve the conflict? Maybe, maybe not.

There’s been some recent research about children and fairness, indicating that even small children — as young as 15 months — understand the concept of fairness and would rather see something thrown away — say the third piece of candy in a handful to be distributed among two children — than distribute in a way they consider it to be unfair. There’s a good summary of the research in Salon. I noticed that after a few minutes the flower itself became secondary to winning the fight — they were trampling on it. It was the principle that was important, and, perhaps “if I can’t have it, nobody can have it.”

And what’s love got to do with it? The title of the film is revealing. If the neighbors had thought more about their relationship than they did about the flower perhaps they would have been in a different mind and be willing to compromise. After all, it’s just a flower.

I’d like to show this video to young children — perhaps first or second graders — and see what they make of it. I think they’d understand and come up with some sensible solutions to the neighborly conflict. What do you think?