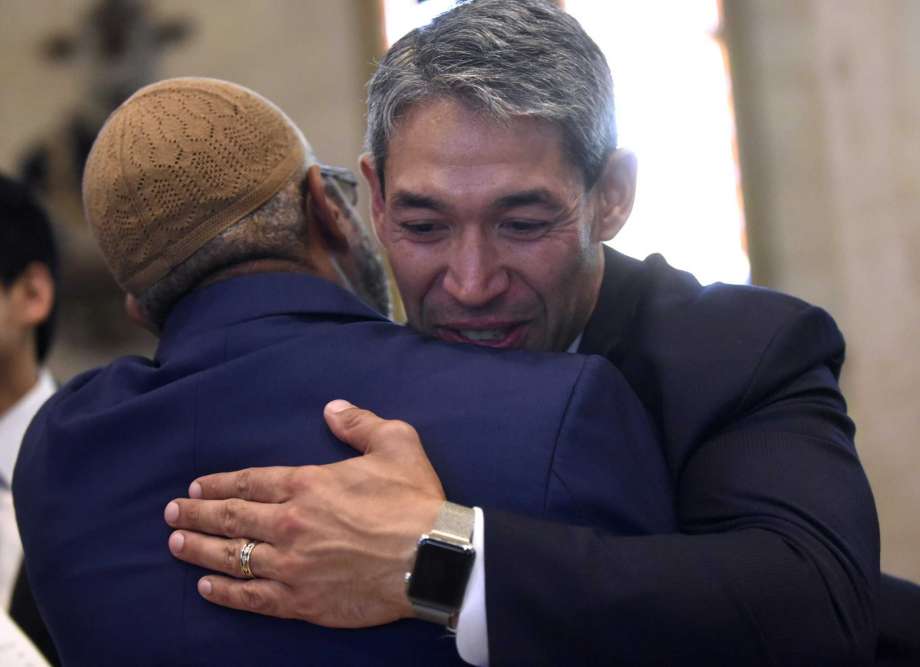 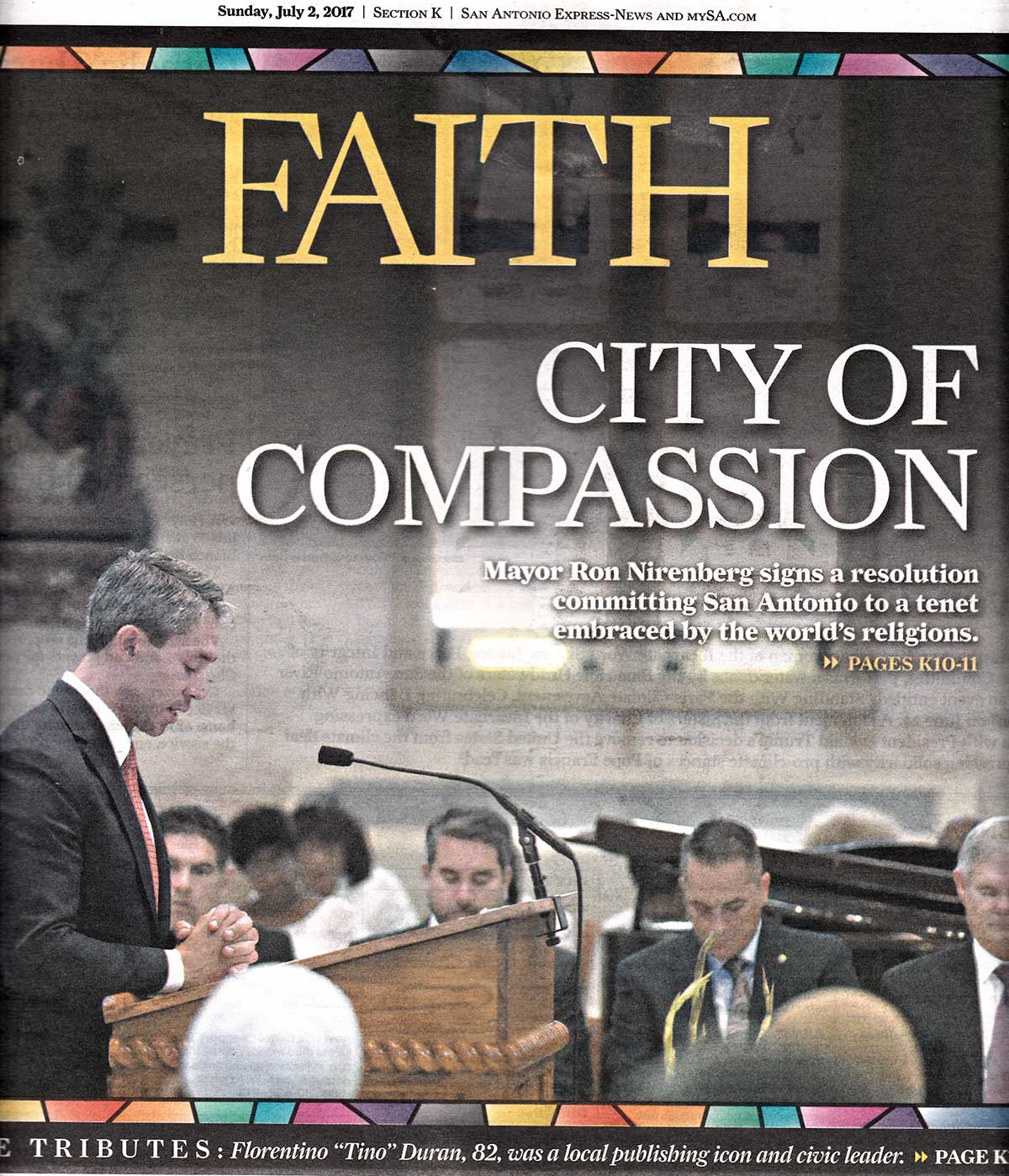 In his first official act as mayor, Ron Nirenberg signed a resolution on the International Campaign for Compassionate Cities, committing San Antonio to its central tenet: the golden rule, a value espoused by the world’s religions and often quoted from the Gospel of Matthew: Do unto others as you would have them do unto you.

Though nonbinding, it’s meant to guide governments, businesses, congregations, individuals and other signers to practice compassion in decisionmaking and policymaking.

Supporters say the Charter of Compassion calls for more than symbolism but acknowledge that it won’t be possible in every task the city performs.

The City Council’s approval of the compassion resolution went hand in hand with its decision to join other U.S. cities in backing the Paris Climate Accord, an agreement on action to stop global warming that the U.S. withdrew from in June.

Nirenberg has had a series of ultra busy days since taking office but has seen evidence of compassion as he makes his way around town. On a drive to City Hall on Wednesday, for example, he saw a young man helping someone leaving the Nix Hospital downtown. That’s compassion, he said.

As he left a luncheon the same day, he saw firefighters giving box fans to needy senior citizens. “That’s institutional compassion,” Nirenberg said. “If you open your eyes, you see compassion everywhere.”

But San Antonians who’ve pushed for the charter say reaching compassionate decisions demands a deliberate approach, and they’ll expect more than just recognizing and appreciating everyday acts of kindness. They include the city’s new faith liaison, the Rev. Ann Helmke, a peaceCENTER co-founder, who described the council’s decision as “future-oriented” and “ethically based.”

Helmke hopes for the practical application of compassion and saw it on day one, she said.

“Whether the City Council was aware of it or not, the process in the council chambers last Thursday around the Paris accords could be clearly seen through the lens of compassion,” Helmke said. “How everyone was listening and respecting each other was how they would wish to be equally listened to and respected — everyone, from citizens to council.”

That’s the hope embedded in the charter, whose seeds were planted in a TED talk by British scholar Karen Armstrong. The former Catholic nun won the $100,000 TED prize in 2008, which made possible the charter’s writing, for which Armstrong consulted world leaders in peace, faith and spirituality.

Its language is contained in four paragraphs that say, in part, compassion urges “us to work tirelessly to alleviate the suffering of our fellow creatures, to dethrone ourselves from the centre of our world and put another there, and to honour the inviolable sanctity of every single human being, treating everybody, without exception, with absolute justice, equity and respect.”

It says compassion is essential to a just economy and world peace. Helmke calls it “one of the most significant documents of our time.”

Susan Ives, one of the leading San Antonio advocates of the charter, said the years of on-and-off campaigning to get the city to sign on to the charter came with meetings, forums and conferences. The local campaign gathered signature and planted yard signs.

City government practiced compassion in the interim, Ives said. It revised the city’s nondiscrimination ordinance in 2013 to extend protections to gay, lesbian, bisexual and transgender residents. Mayor Phil Hardberger’s decision in 2005 to house refugees from Hurricane Katrina was compassion in governance, she said.

So was the city’s rather routine awarding of a contract involving defibrillators. Instead of buying from an out-of-state manufacturer, officials asked if the contract could be broken up to give local businesses an opportunity to benefit. “It took more time to rethink the contract,” Ives said, and there was probably some shouting involved.

“But in the end, everyone was thrilled with the outcome,” she said. “It’s going to grow our city and create jobs.”

Residents will need to do some of the heavy lifting, too. Compassion requires knowing people different from oneself. “San Antonio is one of the most economically segregated cities in the United States,” Ives said. “That makes it harder for us to interact.”