Poem: “How We Could Have Lived or Died This Way,” by Martín Espada 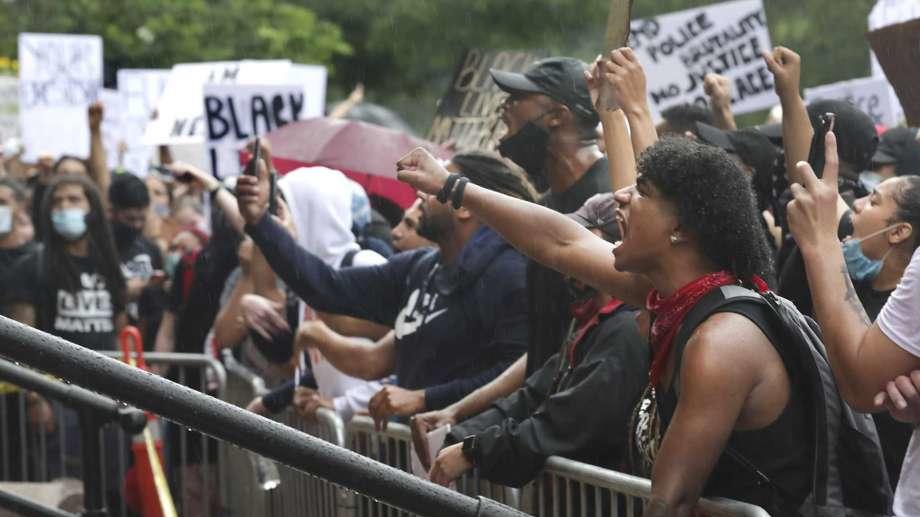 Not songs of loyalty alone are these,
But songs of insurrection also,
For I am the sworn poet of every dauntless rebel the world over.
—Walt Whitman

I see the dark-skinned bodies falling in the street as their ancestors fell
before the whip and steel, the last blood pooling, the last breath spitting.
I see the immigrant street vendor flashing his wallet to the cops,
shot so many times there are bullet holes in the soles of his feet.
I see the deaf woodcarver and his pocketknife, crossing the street
in front of a cop who yells, then fires. I see the drug raid, the wrong
door kicked in, the minister’s heart seizing up. I see the man hawking
a fistful of cigarettes, the cop’s chokehold that makes his wheezing
lungs stop wheezing forever. I am in the crowd, at the window,
kneeling beside the body left on the asphalt for hours, covered in a sheet.

I see the suicides: the conga player handcuffed for drumming on the subway,
hanged in the jail cell with his hands cuffed behind him; the suspect leaking
blood from his chest in the backseat of the squad card; the 300-pound boy
said to stampede bare-handed into the bullets drilling his forehead.

I see the coroner nodding, the words he types in his report burrowing
into the skin like more bullets. I see the government investigations stacking,
words buzzing on the page, then suffocated as bees suffocate in a jar. I see
the next Black man, fleeing as the fugitive slave once fled the slave-catcher,
shot in the back for a broken tail-light. I see the cop handcuff the corpse.

I see the rebels marching, hands upraised before the riot squads,
faces in bandannas against the tear gas, and I walk beside them unseen.
I see the poets, who will write the songs of insurrection generations unborn
will read or hear a century from now, words that make them wonder
how we could have lived or died this way, how the descendants of slaves
still fled and the descendants of slave-catchers still shot them, how we awoke
every morning without the blood of the dead sweating from every pore.