The Dogs and the Hides 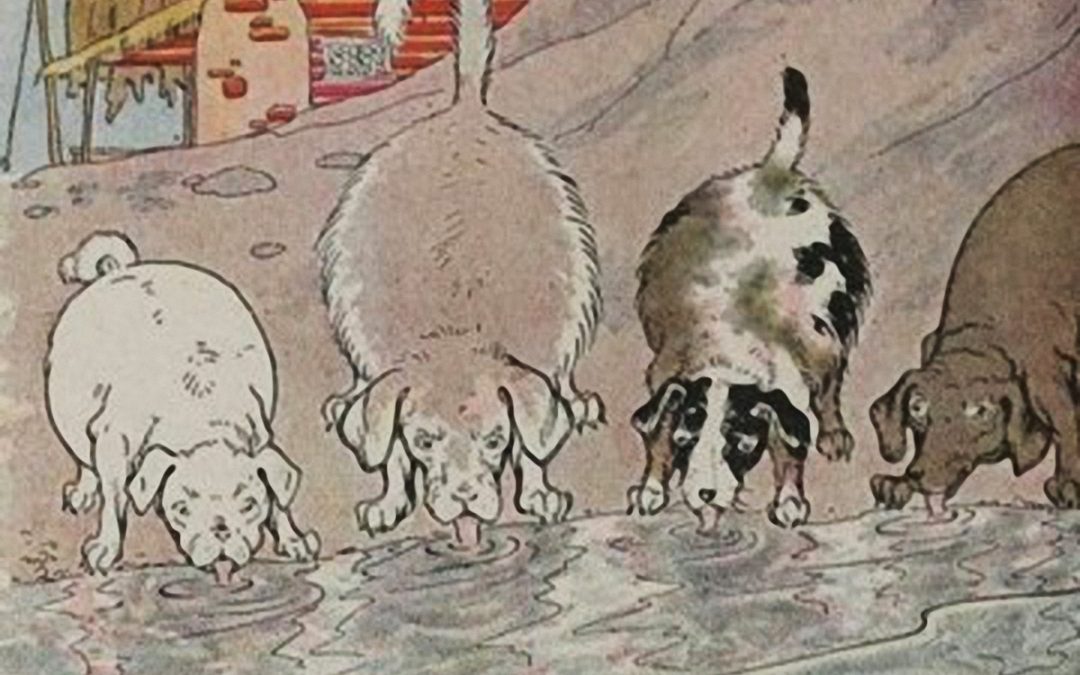 Some hungry Dogs saw a number of hides at the bottom of a stream where the Tanner had put them to soak. A fine hide makes an excellent meal for a hungry Dog, but the water was deep and the Dogs could not reach the hides from the bank. So they held a council and decided that the very best thing to do was to drink up the river.

All fell to lapping up the water as fast as they could. But though they drank and drank until, one after another, all of them had burst with drinking, still, for all their effort, the water in the river remained as high as ever.

This version is from “Aesop for Children (1919); the illustration is by Milo Winter.