The Economics of Compassion: a Just Economy 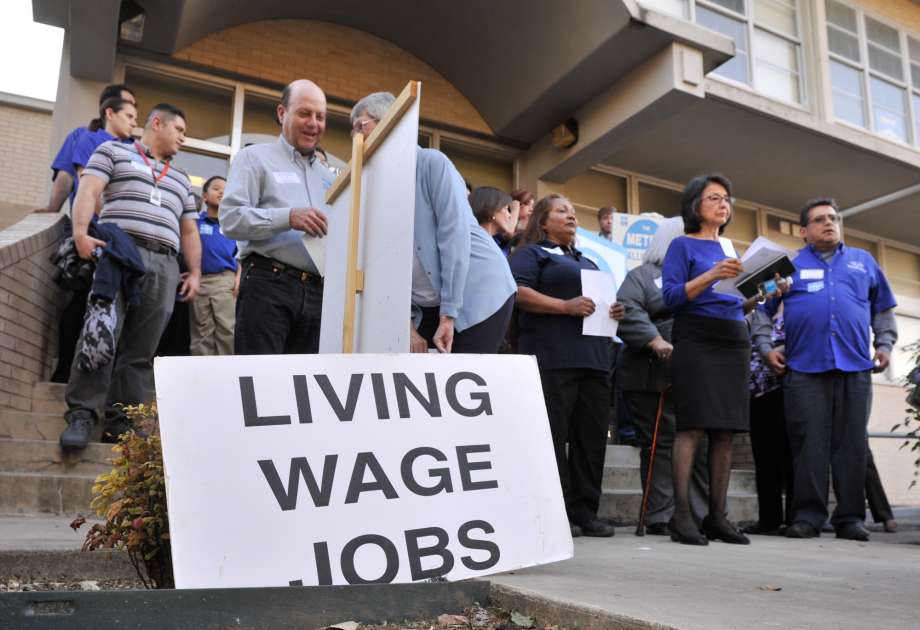 PBS News Hour was all about compassion last night, with two related and thought-provoking episodes about money. And the lack of it. The last line of the Charter for Compassion calls compassion “the path to enlightenment, and indispensable to the creation of a just economy and a peaceful global community.” Compassion is more than being “nice.” It’s about being fair.

The first story was about a clothing factory in the Dominican Republic which pays its workers a living wage — $3 an hour. That country has lost a lot of its clothing manufacturing to countries who pay less than less than $3/hour. The company is called Alta Gracia — high grace. If you would like to look at — and buy — their apparel, you can find them locally in the bookstores at Texas A&M San Antonio, UTSA, the Health Science Center and Trinity.

This is from the Alta Gracia Web site:

The Spanish translation of “living wage” is salario digno — a wage with dignity — which better captures the Alta Gracia concept. Alta Gracia pay their workers more than 3 times the minimum wage for apparel workers in the Dominican Republic. In addition to this salary, the company respects its employees’ rights as workers and as human beings, including the right to a safe and healthy workplace, the right to be treated with dignity and respect on the job, and the right to form a union.

Several years ago one of our peaceCENTER interns, Malak Yusuf, created a 4-page issue of our occasional newsletter, beCAUSE, about corporate social responsibility. Malak was one of the “students against sweatshops” when she was a student at Boston College — you’ll see Alta Gracia products there, too. Justice — and compassion — and fair wages — for clothing workers is one area where, I think, students can have a HUGE impact. As Malak and her fellow BC students demonstrated, a campaign against sweatshops can transform a college bookstore and raise awareness.

The second spot on the News Hour was about a project in Colorado that gave cameras to women receiving government food assistance and asked them to document their lives. It provides an insight into the lives of a diverse group of courageous women.