The Gnat and the Bull 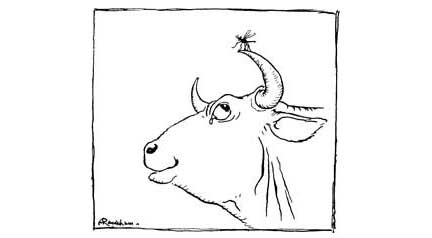 A Gnat alighted on one of the horns of a Bull, and remained sitting there for a considerable time. When it had rested sufficiently and was about to fly away, it said to the Bull, “Do you mind if I go now?” The Bull merely raised his eyes and remarked, without interest, “It’s all one to me; I didn’t notice when you came, and I shan’t know when you go away.”

Moral: We may often be of more consequence in our own eyes than in the eyes of our neighbours.