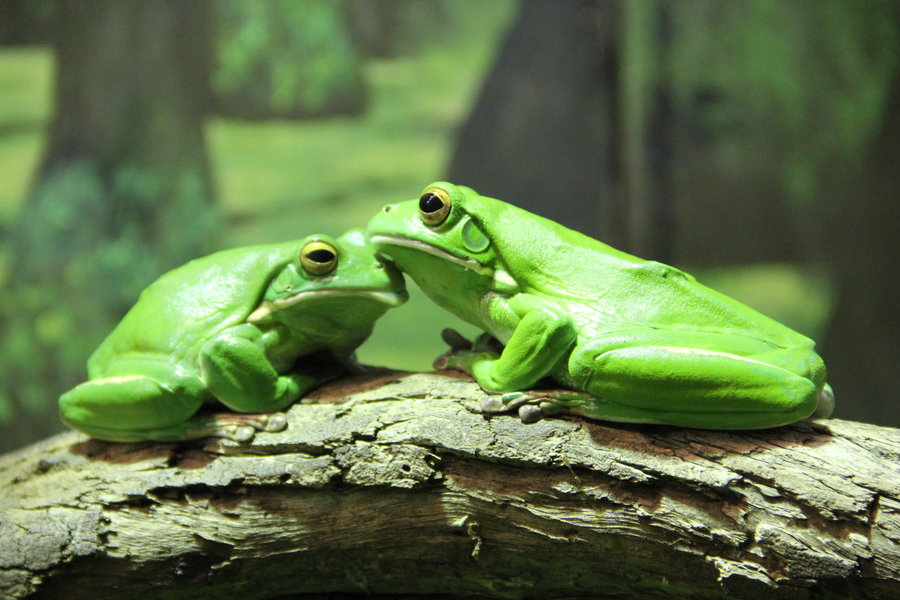 The mother frog worried about what she would do with her son—he caused her so much distress and embarrassment. “Why can’t he be like other frogs?” she said to herself. “Why can’t he respect his elders and do what he’s told?” She worried about what would happen to him when she was gone. She knew she would have to do something to break his bad habits.

Day after day, week after week, the mother frog scolded the green frog and tried to teach him the proper way to behave, but he continued to ignore her and did just as he wished. The mother frog was growing old, and she worried so much that eventually she became sick. But even then the green frog did not change his ways.

Finally, when the mother frog knew she was going to die, she called her son to her side. She wanted a proper burial on the ountain, and since she knew that the green frog would do the opposite of what she told him, she chose her words carefully. “I don’t have much longer to live,” she said. “When I die, do not to bury me on the mountainside. You must bury me on the bank of the river.”

The green frog looked at her forlornly with his head bowed.

“Promise me,” said the mother frog. “You must promise.”

“I promise,” said the green frog.

Four days later, the mother frog died and the green frog was terribly sad. He blamed himself for her death and he was sorry for all the heartache he had caused her. He knew it was too late to undo all of his past misdeeds, but he could become a good frog for her now. He resolved finally to listen to his mother’s instructions. “I always did the opposite of what she told me when she was alive,” he said to himself, “but now I will do exactly as she told me.”

So, even knowing that it was unwise, the green frog buried his mother by the river. And when it rained, he stood watch, praying to heaven that the water would not rise. But when the monsoon rains came that summer, the river rose higher and higher—it flowed over its banks and washed his mother’s grave away.

The green frog sat in the pouring rain by the river bank, crying and crying for his mother. And that is why, to this day, the green frogs cry when it rains.