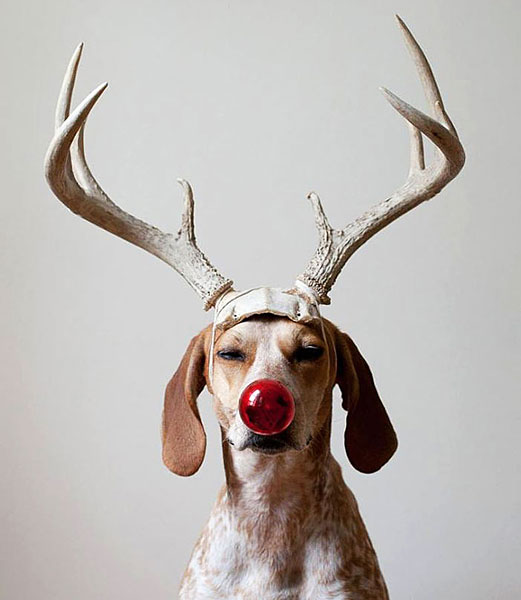 All the horned animals decided to have a party. No one but those with horns were invited to that party.

Dog and Cat heard about it and really wanted to go, so they got busy, killed a goat, and took his horns. Bro’ Dog was to use the horns for half the night, then he was supposed to come out and tie them on Bro’ Cat.

So Dog took the first turn, but after he was in the party he didn’t give a thought to Cat anymore. You know how once you start singing and dancing you don’t think of anything else. After the time passed when he was supposed to come out, he was nowhere around. Cat got near to the door, you know, and started to holler, “Bro’ Dog, Bro’ Dog!” He went on so about four times. And Bro’ Dog gave no heed to him.

After this, Bro’ Cattle, who was the boss of the party, he came to the door and said, and he was really angry, “Go away there, go away there! There is no Dog in here!”

Then Bro’ Dog, he came out himself and hushed Bro’ Cat—or tried to anyhow. He said, “Don’t bother that fellow in there now. No Bro’ Dog is in here.”

And they started to search. Bro’ Dog himself started, saying, “Let me see whether Bro’ Dog is at this party! Let me see if Bro’ Dog is in here!” After searching, they discovered Bro’ Dog, and they tore off his horns and started to beat him. And he started hollering, and ran out.

When he ran out, you know, he met Cat. They had an argument, which soon came to a fight. As Bro’ Cat found that he was getting the worst of it, so he scratched Bro’ Dog on the corner of his lip.

And if you notice a dog’s lip, in the corner it always looks raw. That’s why. And that is why a dog and a cat can never agree.