The Hunter and the Antelope 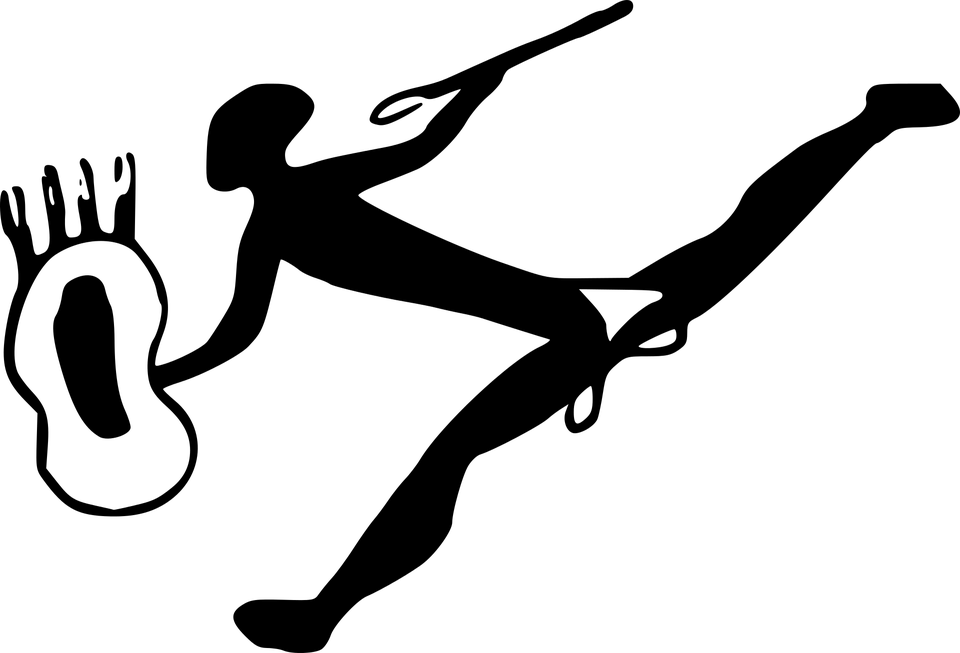 A hunter went out in the bush. He met an antelope. He killed the antelope. Boaji (the civet or mongoose) passed by. Boaji said: “Give me some of that meat. I am hungry. I beg you for it. I’ll do you a favor some other time.” The hunter gave Boaji some of the antelope’s meat. Boaji ran off.

The next day the hunter went out in the bush again. He came to a place where the bush was overgrown and it was hard to see where one was going. There, in the middle of the bush, he met a crocodile. The hunter said: “How did you get here? Don’t you belong in the water?” The crocodile said: “Last night I went out hunting and now I am far from the river. I cannot find my way back. I beg you, show me the way to the river. If you do I’ll give you five loads of fish.” The hunter said: “I’ll do that gladly.” The hunter tied a thong around the crocodile’s foot and led him to the Niger. At the water’s edge the crocodile said: “Now undo the thong and I’ll go into the water and fetch you your five loads of fish.” The hunter freed the crocodile, the crocodile went into the water and the hunter waited on the bank.

The crocodile brought the hunter to his brother crocodiles who lay on a sandbank in midstream. The crocodile called all his friends and said: “We have caught a hunter. We are going to eat him. Come, all of you.” The crocodiles came from every side and swarmed around the hunter. The hunter said: “Is that fair? This crocodile lost his way in the bush. I brought him back to the river. And now he wants to eat me.” The crocodiles said: “We will ask four other people what they think about it.”

Down the river floated an Asubi (colored, oval mat woven by the Benue in the Kutigi region). The Asubi was old and torn. The hunter cried: “Asubi, help me!” The Asubi said: “What is the matter?” The hunter said: “This crocodile here was lost in the bush and I brought him back to the river. I saved his life and now he wants to take mine. Is that fair?” The Asubi said: “You are a man. I know men. When a mat is young and useful, they keep it clean, do not step on it with their feet, roll it up when they have used it and lay it care-fully to one side. But when a mat is old they forget what it used to be like. They throw it away. They throw it into the river. The crocodile will do well if he treats you as men have treated me.” The Asubi drifted on. The crocodile said: “Did you hear what the Asubi said?”

A dress, old, torn and worn, came floating down the stream. Someone had thrown it away. The hunter cried: “Dress, help me!” The old dress said: “What is the matter?” The hunter said: “I brought this crocodile here, who had lost his way, back to the river. And now he wants to eat me. I saved his life and now he wants to rob me of mine. Is that fair?” The dress said: “You are a man. I know men. So long as a dress is young and beautiful they wear it everywhere, accept its beauty for their own and say, ‘Aren’t we lovely?’ But it is the dress which is lovely. And the people know that they lie for they fold the dress carefully, smooth out the wrinkles and wrap it up. But as soon as the dress is old they forget what it used to be before. They throw it in the river. The crocodile will do well if he treats you as men have treated me.” The old dress drifted on downstream.

The crocodile said: “Did you hear what the old dress said?”

An old mare came down to the river to drink. The mare was old and thin. Her masters had turned her out because she was no longer of any use to them. The hunter cried: “O mare, help me!” The old mare said: “What is the matter?” The hunter said: “I brought this crocodile here, who had lost his way, back to the river. Now he wants to eat me. I saved his life and now he wants to rob me of mine. Is that fair?” The old mare said: “You are a man. I know men. When a mare is young they build a stall for her. They send out boys to cut her the best grass. They give her the best grain and when she is in foal they give her double of everything. But when a mare is old and cannot foal, when she is weak and ill they drive her out into the bush and say, ‘Take care of yourself as best you can.’ Just look at me. The crocodile will do well if he treats you as men have treated me.” The mare trotted off. The crocodile said to the hunter: “You heard what the old mare said?”

There comes a time for every man when he is treated as he has treated others.