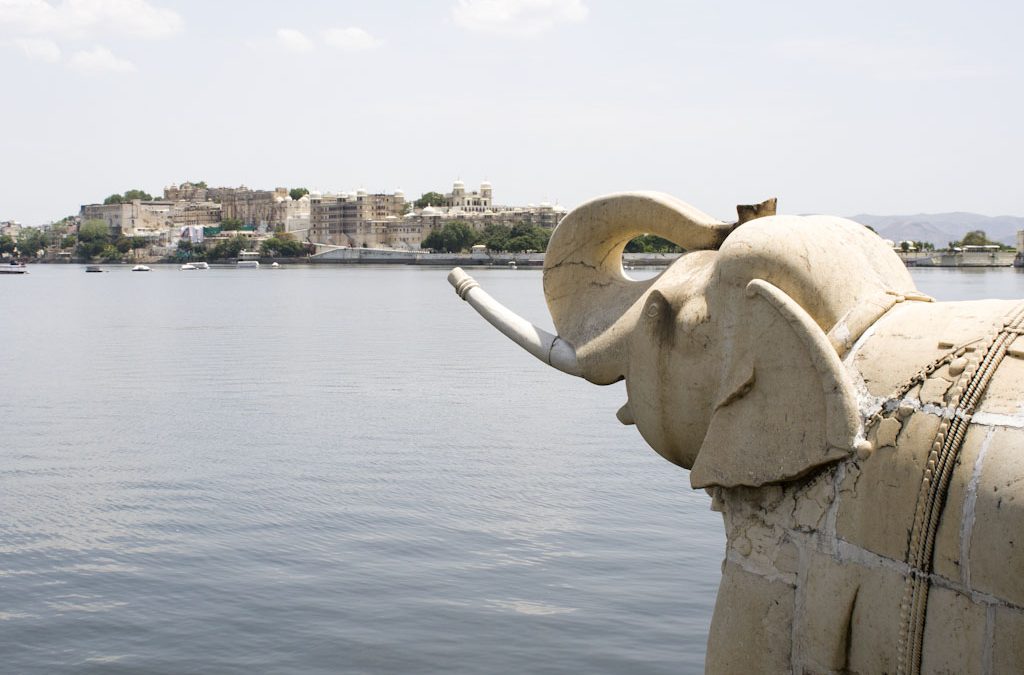 This is one of the “Jataka Tales,” part of the canon of sacred Buddhist literature. This collection of some 550 anecdotes and fables depicts earlier incarnations — sometimes as an animal, sometimes as a human — of the being who would become Siddhartha Gautama, the future Buddha. The Jataka tales are dated between 300 BC and 400 CE.

Long ago, the mighty Himalayas were home to a large herd of eighty thousand elephants headed by a magnificent white elephant. He had a mother who was old and blind. The doting son was very kind and took great care of his mother. He would go deep into the woods, searching for delicious wild fruits to give them to his mother. He used to send the fruits back to his mother through the messenger elephants. Unfortunately, the greedy messengers would end up eating the fruits on the way, instead of taking them to his mother. When the leader found this out, he lost all trust in his herd. He decided to leave them.

He left his herd and took his mother to live on Mount Candorana. They chose a cave for home which stood beside a lovely lake filled with beautiful pink lotuses.

One day, the elephant encountered a terrified man from Banaras who had lost his way. The man was in tears and in desperate need for help. The gentle mammoth had been on the mountain for quite some time now and was familiar with the woods. He offered to help the man and led him safely out of the forest and back to Banaras city. The grateful man thanked the elephant and went home happily.

Many days passed. One day this man came to know about the demise of King Brahmadutta’s personal elephant. The King was in need of a new elephant. Sensing an opportunity for reward, the man decided to inform the King about the white elephant he met at Mount Candorana. He went to the palace and told the King about his adventure in the mountains and the white elephant he met. The King decided to go in search of the elephant the next day.

The elephant recognized the man as the same one he had helped earlier, and was deeply hurt by the man’s selfishness. The elephant decided against attacking them to avoid bloodshed. Hence, he allowed the King and his men to take him to the city of Banaras. The mother who heard the commotion outside knew that her son was taken away by the king. She stayed back in the cave and wept for her lost son.

The white elephant was welcomed to the city of Banaras with all pomp and splendor. He was treated to an elaborate royal feast and housed in a decorated stable filled with fragrant and colorful flowers. But, he missed his mother a lot and took no interest in the festivities. He sat there, sad and expressionless. His health soon started deteriorating.

News of the pitiable state of the elephant reached the King and he went to meet it immediately. Upon persistent questioning, he came to know about the old mother who had been left behind. The elephant tearfully told the king that his mother would not stay alive for long in his absence as she was not in a state to sustain herself.

The considerate King was moved by the story of the elephant. He allowed the elephant to return to his mother and asked him to take good care of her. Hearing this, the white elephant was overjoyed and ran as fast as he could to meet his mother.

His mother was overwhelmed with happiness to meet her son who had finally returned to her. She blessed the King with long life and prosperity, for being so compassionate to her son.

The white elephant took great care of his mother till she passed along peacefully to the other world. The friendly King would come to the forest every now and then to meet his friend. Finally, when the white elephant passed away, the King erected a magnificent statue beside the lake to honor his mammoth friend and held an annual festival to commemorate his memory.