The Lion and the Beasts 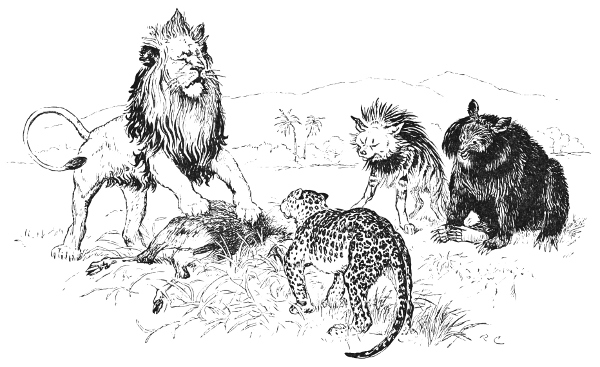 Lion, wishing to give evidence of his grace,
Invited his intimates to join him in the chase.
They hunted together, and as token of favor
Lion ate meat and let his comrades the bones savor.
His beneficence having thus become established,
Inasmuch as to show them more favor yet he wished,
That they might more fully appreciate their leader,
Lion gave them leave to devour one of their number.
After the first, a second, a third, a fourth vanished.
Seeing the beasts grown fat, lion, though scarcely famished,
So’s to restrain their predations and blot out his shame,
Ate them one and all in justice and decorum’s name.