The Lion and the Statue 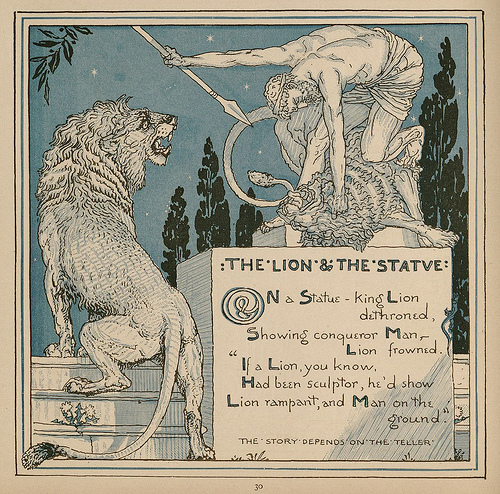 On a statue king Lion dethroned,
Showing conqueror Man, Lion frowned.
“If a Lion, you know,
Had been sculptor, he’d show
Lion rampant, and Man on the ground.”

Here is the same fable as told by Sir Brooke Boothby:

Lion and Man, on some pretence,
Disputed for pre-eminence.
In marble wrought, the latter show’d
A man who o’er a lion strode.
“If that be all,” the beast replied,
“A lion on a man astride,
You soon assuredly would view,
The sculptor’s art if lions knew.”
Each nation would the rest excel,
If their own tale allow’d to tell.