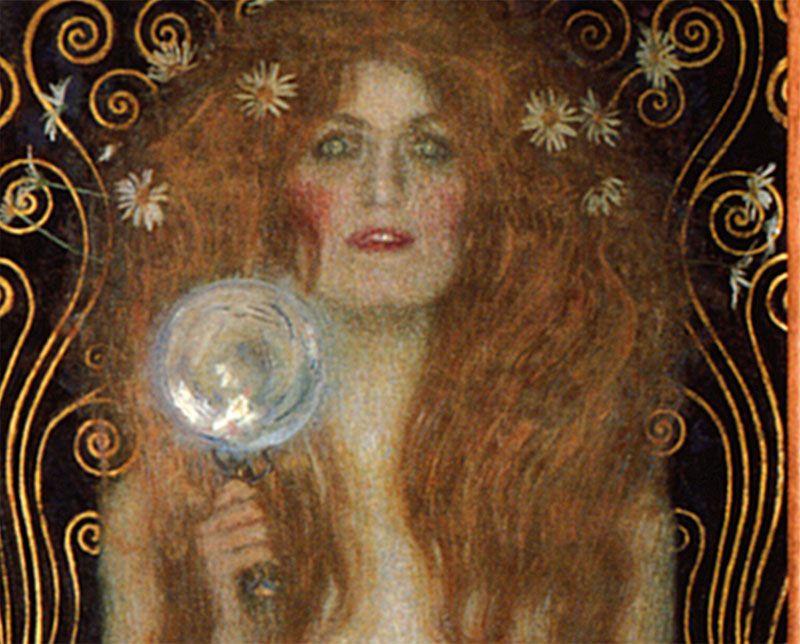 Once, two beautiful women named Truth and Parable lived together on the outskirts of town. Each thought herself the most attractive, so they quarreled and argued until they finally decided to have a contest: whoever attracted the most attention while walking through the village would be considered the most attractive.

On the appointed day, they walked to the edge of the village and Truth decided to go first. She was confident that everyone seeks Truth and wants to know Truth, so she began to walk through the village, smiling and greeting people as she went. To her chagrin, everyone began to move back inside their houses, glancing suspiciously over their shoulders. As she reached the far side of the village, only a few people still stood outside their houses. Fearing that she would lose the contest, she decided to attract as much attention as possible, so she threw off her clothing and walked back through the town wearing nothing at all. Surely now she would attract lots of attention.

The remaining people, however, saw her coming and scuttled into their houses, closed their doors, and closed their shutters, so that when she returned to Parable, the village appeared deserted. Hanging her head in shame, Truth told Parable that it was her turn.

Parable walked quietly into town, and as she passed, people began to come out of their houses, smiling and chatting together. They followed Parable through the streets, talking happily with her. By the time she had returned to Truth, the entire village was in the streets.

Truth looked at Parable in confusion and defeat. “Why is it,” she asked, “that people flock to your side but spurn me? . . . Do people no longer value Truth?”

“Ah,” sighed Parable comfortingly. “People do still love Truth, but they do not like the naked truth. If you wish people to accept you, you must clothe yourself in the mantle of story. Only then will people be able to accept and understand you.”

And with that, Parable took off her multi-colored robe and draped it around the shoulders of Truth, and when the two returned to the village, the people found that they did, indeed, still love Truth.