The Old Woman Who Was Kind to Insects 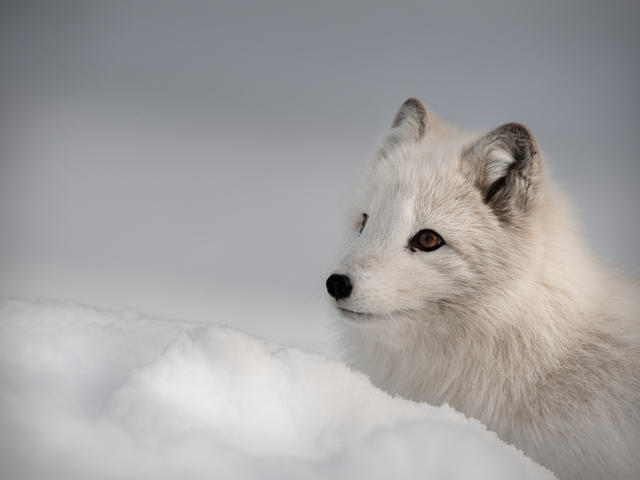 A Folk Tale From Alaska

It seems that one winter an old woman was left behind in the tribe’s summer campground. She was too old to move one more time as the tribe searched for new hunting territory. She could no longer help with the preparation of leather the goods the tribe made to sell for part of their livelihood. She had few teeth and it was a hardship to walk from one hut to another. Her family left her with a little food to eat in her last days, a few small insects. But the woman said to herself, “I’m not going to eat these poor creatures. I am old and perhaps they are young. Perhaps even a few are children. I’d rather die first…” So she set the insects free from the cages in which they had been trapped.

Not long after her people went away, a fox into began to linger around her hut. One day it came into her hut! It leaped up and started to bite her. The old woman thought that surely this would be her time to die. But then she noticed that the fox was biting her in a very strange manner. It was nipping at her skin all over her whole body. It acted as if it were trying to remove her skin like it was a set of clothing to take off her body. The fox nipped and bit until all her skin fell away. And underneath there was a new skin which belonged to an attractive young woman. The woman was amazed. The few insects that had been trapped for her to eat began to buzz excitedly around her, thanking her for their freedom. They were so grateful that they had instructed their friend, the fox, to rid the woman of her old skin. And bring her new life!

The next summer her family with the tribe returned to the campground. But they did not find the old woman’s body or bones as they expected. She had vanished….though as the story goes it was said she had gone to live with the insects and, perhaps, even married a blow-fly who had been particularly kind to her.