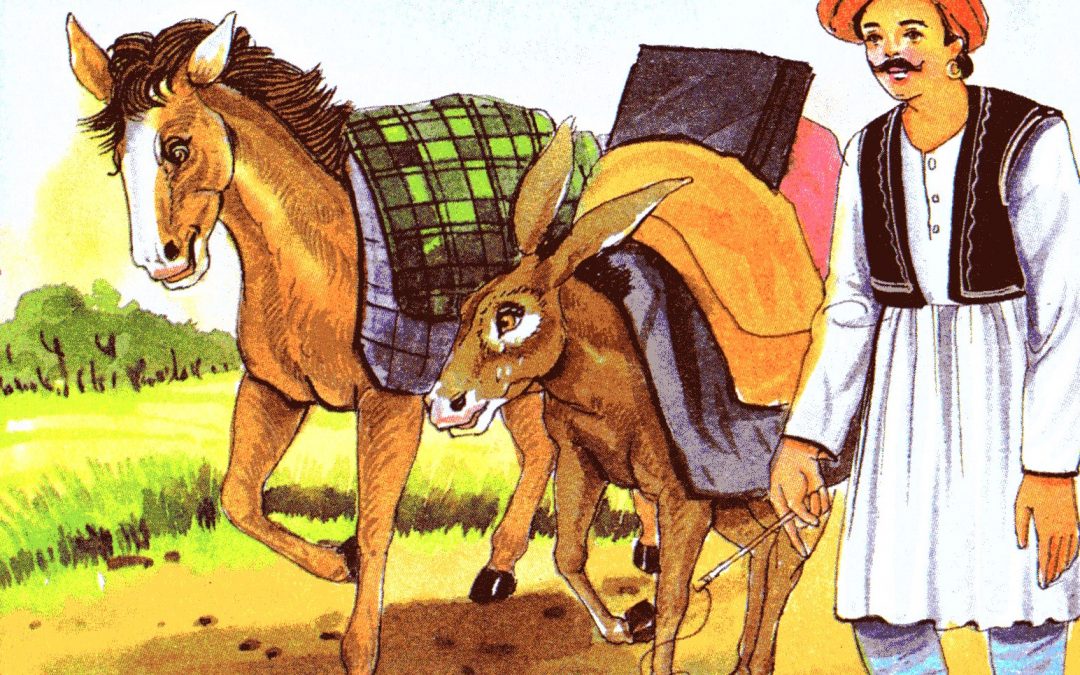 Long ago, there lived a Carter. He had a Horse and a Donkey in his stable. They lived and worked together. The Donkey and the Horse should have been good friends, but it was not so. The Horse was very proud.

One day, the Carter decided to take the grain to the nearby market for selling. So he loaded the grain on the back of the animals. The Carter thought. “I must be careful that the horse should not be overburdened. I should put only two sacks on his back.”

He told the Donkey. “Oh! Good one, a little hard work will not hurt you.” Saying this he put all the other bags on the little animal’s back. The Horse carried his light load.

The poor Donkey found it very difficult. He requested the Horse. “Please take some of the load off me.”

The horse flatly refused and said, “No! I can’t do that. If our master had wanted me to carry more, I am sure he would have told me.

“I will faint in a moment,” cried the Donkey and he really fainted on the road.

The Carter said, “There is nothing that can be done now.” And without saying more, he piled everything on the Horse. “How could I loose such a good donkey,” said the Carter and he loaded the Donkey also on the Horse’s back.

The Horse thought to himself, “It would be better if I had offered to help the donkey, when he had asked for it, I would not have to carry such a load.”