The Smell of Soup and the Sound of Money 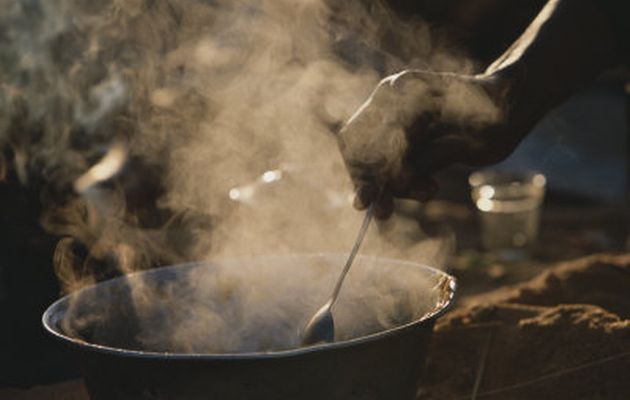 A beggar was given a piece of bread, but nothing to put on it. Hoping to get something to go with his bread, he went to a nearby inn and asked for a handout. The innkeeper turned him away with nothing, but the beggar sneaked into the kitchen where he saw a large pot of soup cooking over the fire. He held his piece of bread over the steaming pot, hoping to thus capture a bit of flavor from the good-smelling vapor.

Suddenly the innkeeper seized him by the arm and accused him of stealing soup.

“I took no soup,” said the beggar. “I was only smelling the vapor.”

“Then you must pay for the smell,” answered the innkeeper.

The poor beggar had no money, so the angry innkeeper dragged him before the qadi.

Now Nasreddin Hodja was at that time serving as qadi, and he heard the innkeeper’s complaint and the beggar’s explanation.

“So you demand payment for the smell of your soup?” summarized the Hodja after the hearing.

“Then I myself will pay you,” said the Hodja, “and I will pay for the smell of your soup with the sound of money.”

Thus saying, the Hodja drew two coins from his pocket, rang them together loudly, put them back into his pocket, and sent the beggar and the innkeeper each on his own way.