The Snake Who Stopped Hissing 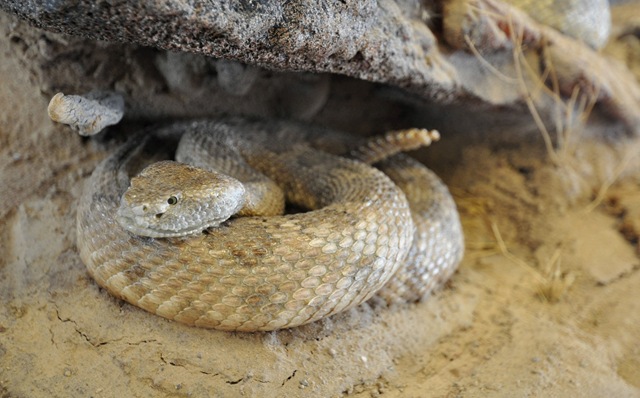 Once in small village lived a snake who used to attack and kill village animals. Villagers wanted to respect all creatures but they hated that snake because snake was not just attacking animals but now it also attacked the villagers children.

All the villagers wanted to kill snake. So one day all of them gathered on the field and started shouting and drumming and with stones and sticks started to search for that snake.

A holy man who used to live on out skirts of that village heard all the sound and came to village and asked, “What is this all about??”

The villagers told him about the snake and his acts. After listening to all, the holy man replied, “If this snake does not attack your children or hunt your animals then will you think about sparing its life??”

Some villagers wanted revenge but some just wanted to get rid of snake, so they agreed.

The holy man entered the field and with his powers commanded the snake to come and it came crawling to the feet of the holy man.

The snake hissed. The holy man replied, “There is enough food in jungle and you need not to attack animals or children of village for this.”

There was kindness in the holy man’s voice and the snake didn’t hissed but just nodded and promised that it will not ever again attack villagers.

Soon villagers discovered that the snake would no longer harm anyone but there were some villagers who wanted to take revenge from that snake for whatever he did in the past. So the villagers started attacking that snake. It would have to hid itself to keep safe.

One day the snake heard the holy man walking by and with it’s weak body it slithered to the holy man.

Seeing its condition the holy man asked, “What happened to you?”

The snake replied, “After I promised not to bite anyone some villagers started to attack me and I had to hid myself under the rock to keep myself safe from their attacks. Why is this happening to me?”

Holy man stood silently and then in low voice replied, “You are such a fool! You don’t know how to protect yourself. I asked you not to bite but I didn’t forbid you to hiss. Why didn’t you scare them by hissing?”

The snake understood his mistake and slithered away hissing.

The moral of this story is given as: A Man living in Society should make a Show of Tamas to protect himself from evil-minded people But he should not harm anybody in anticipation of harm likely to be done him. In Hindu philosophy, Tamas (Sanskrit: तमस्  “darkness”) is one of the three Gunas (tendencies, qualities, attributes): the other two are rajas (passion and activity) and sattva (purity, goodness). Tamas is the quality of imbalance, disorder, chaos, anxiety, impurity, destruction, delusion, negativity, dullness or inactivity, apathy, inertia or lethargy, violence, viciousness, ignorance.