The Sultan and the Two Beggars 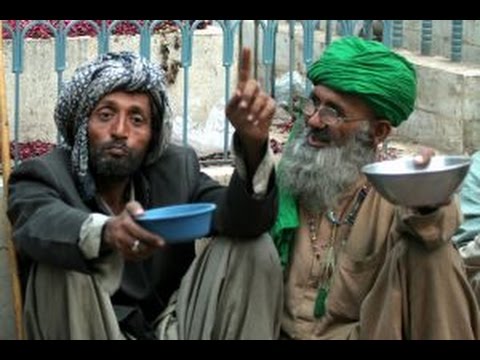 A certain Sultan was one day struck with the difference between the cries of two beggars in the street near his palace. One of them was shouting, “O Allah, Thou Bountiful One!” whilst the other bawled, “O Allah! give victory to the Sultàn!”

The monarch, flattered by the interest which the latter showed in his welfare, called his wazìr and said, “See to it that that beggar who keeps praying for me gets a roast fowl stuffed with gold pieces; but to the other give a fowl cooked in the usual way.”

The wazìr obeyed, and the man who had called Allah bountiful was gratefully turning away to carry the fowl to his wife when the other said to him, “Buy this fowl from me. I have neither wife nor children. What I want is money, and not rich food.”

“I have only a bishlik,” 1 was the reply, “and that is nothing like the value of a roast fowl.”

“You shall have it for that,” said the other; and so it happened that the beggar who praised Allah got not only a good dinner but also a small fortune.

This man now gave up begging, and opened a little shop. His companion, however, having spent his bishlik, returned to the palace gate and cried, “O Allah! give victory to our Sultan.” The monarch commanded a second fowl stuffed with gold to be given to him. On receiving it he hurried to his former comrade and offered it for another bishlik, which was promptly paid.

When the cry, “O Allah! give the Sultan victory!” was again heard near the palace the Sultan cried, ” What is this? I have made that fellow rich twice over and he still must beg. Bring him in to me.” When the beggar was brought in, the Sultan, frowning on him, asked, “Why do you go on begging when I have made you rich?”

“Alas, O Sultan of the Age,” answered the beggar, “all that I have received at your Highness’s gate were two fowls, which I sold to another beggar who used to cry, ‘O Allah! O Thou Bountiful One!’ but who has since grown rich and taken a shop.”

The Sultan was amazed and cried, “Wallahi! Allah has shown that it is better to praise His bounty than to pray for my prosperity.”