The Tortoise and the Wisdom of the World 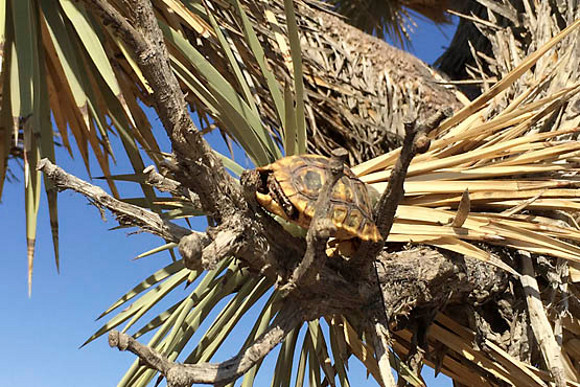 One day, Ijapa the tortoise became determined to make sure that he was the wisest creature in the whole universe. He did not want any other creature challenging his superior wisdom, so he decided to gather all the wisdom in the world for himself. He went round the world collecting all the wisdom into a gourd which he hung around his neck.

When he was satisfied that he was done, he decided to hide the gourd where nobody would have access to it as he was worried that someone may steal from his wisdom.

He decided to hide the gourd at the top of a very tall palm tree. To get to the top, he hung the gourd on his neck and tied a rope around himself and the tree to haul himself up. But the gourd was between him and the tree trunk making it difficult to climb. He would make a little progress and slide right back down.

Meanwhile, a snail who was passing by had stopped to watch the tortoise. After watching the tortoise slide down the tree yet again, the snail suggested, “why don’t you throw the gourd behind you instead of hanging it in front”.

The tortoise tried this and easily climbed to the top of the tree. Then he realized how futile his effort was. He had collected all the wisdom in the world, yet the snail had proven wiser than him. He threw the gourd unto the ground where it broke into several pieces allowing all the wisdom in it to escape back into the world.

From that day, there was a saying that “the tortoise is wise but the snail is wiser”