The Treasures of the Church 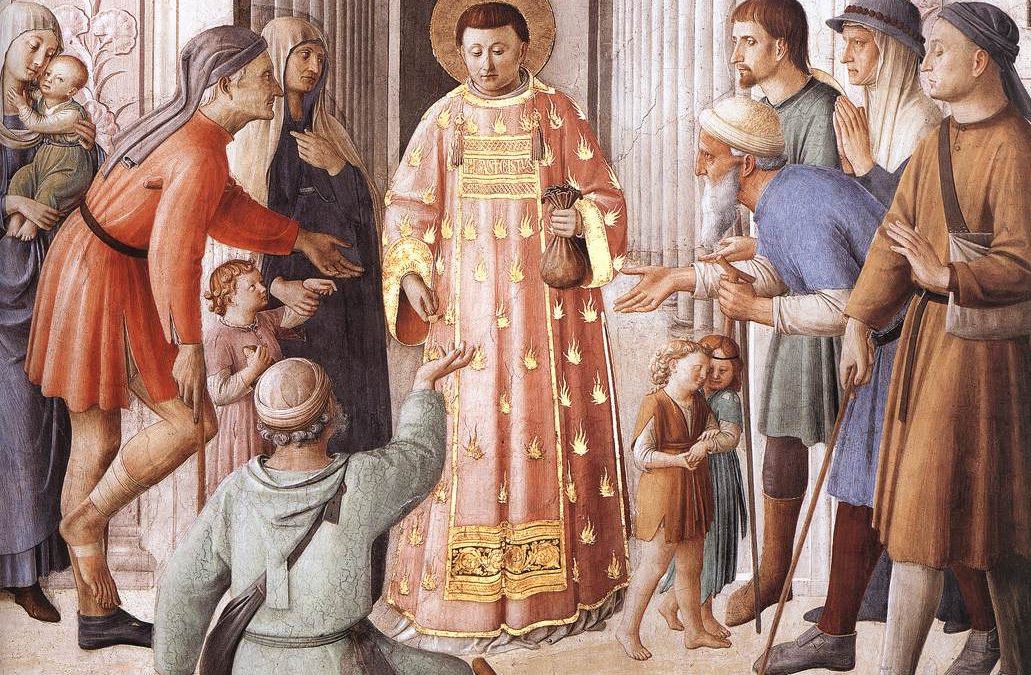 Today — August 10 — is the Feast Day of St. Lawrence in the Roman Catholic faith tradition.

Lawrence was a deacon serving in Rome in the third century when a wave of persecution broke out. When Pope Sixtus and others were killed Lawrence knew it was only a matter of time before they came for him. As keeper of the Church’s goods, he had already been responsible for giving alms to the poor. Now he started giving them even more.

Soon Lawrence was called before Roman officials who demanded he hand over the church’s treasure. He replied that indeed the church was rich and asked for three days to get everything in order.

The days passed and the Roman officials arrived not to a church filled with silver and gold but one filled with the poor, blind, lame and leprous. “Here are the treasures of the church” declared Lawrence.

The official were furious and in the year 258 had Lawrence executed.

(The painting, “St. Lawrence Distributing Alms to the Poor,” is by Tintoretto.)