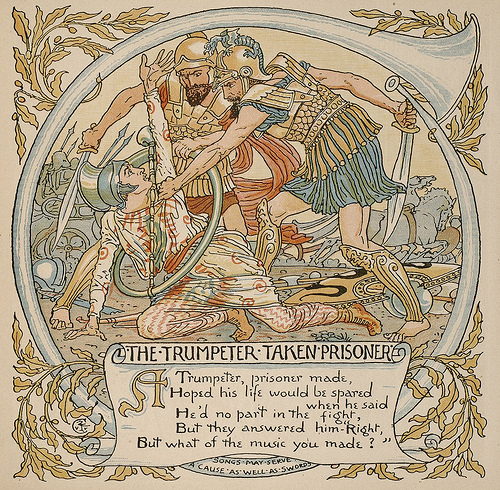 A Trumpeter, in battle ta’en,
Pleading for quarter, urg’d in vain,
That none he ever kill’d or wounded.
His plea by all was judg’d unfounded:
“That he who to the war excites
Is more to blame than he who fights;
That like the rest must be his lot”
And the poor Trumpeter was shot.

This text version of Aesop’s fable is from “Fables and Satires,” by Sir Brooke Boothby. The illustration is by Walter Crane, from W. J. Linton’s “The Baby’s Aesop.