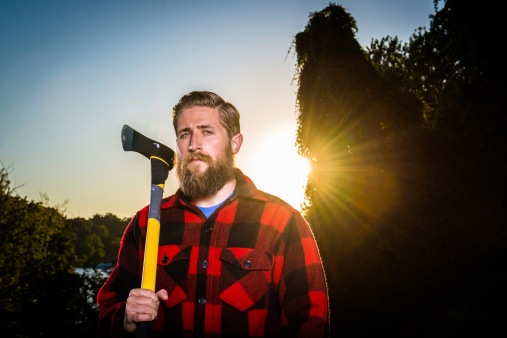 A folk tale about SELF compassion . . .

It was the annual lumberjack competition and the final was between an older, experienced lumberjack and a younger, stronger lumberjack. The rule of the competition was quite simply who could fell the most trees in a day was the winner.

The younger lumberjack was full of enthusiasm and went off into the wood and set to work straight away. He worked all through the day and all through the night. As he worked, he could hear the older lumberjack working in another part of the forest and he felt more and more confident with every tree he felled that he would win.

At regular intervals throughout the day, the noise of trees being felled coming from the other part of the forest would stop. The younger lumberjack took heart from this, knowing that this meant the older lumberjack was taking a rest, whereas he could use his superior youth and strength and stamina to keep going.

At the end of the competition, the younger lumberjack felt confident he had won. He looked in front of him at the piles of felled trees that were the result of his superhuman effort.

At the medal ceremony, he stood on the podium confident and expecting to be awarded the prize of champion lumberjack. Next to him stood the older lumberjack who looked surprisingly less exhausted than he felt.

When the results were read out, he was devastated to hear that the older lumberjack had chopped down significantly more trees than he had. He turned to the older lumber jack and said: “How can this be? I heard you take a rest every hour and I worked continuously through the night. What’s more, I am stronger and fitter than you old man”.

The older lumberjack turned to him and said: “Every hour, I took a break to rest and sharpen my saw”