The Weight of a Sack of Dirt 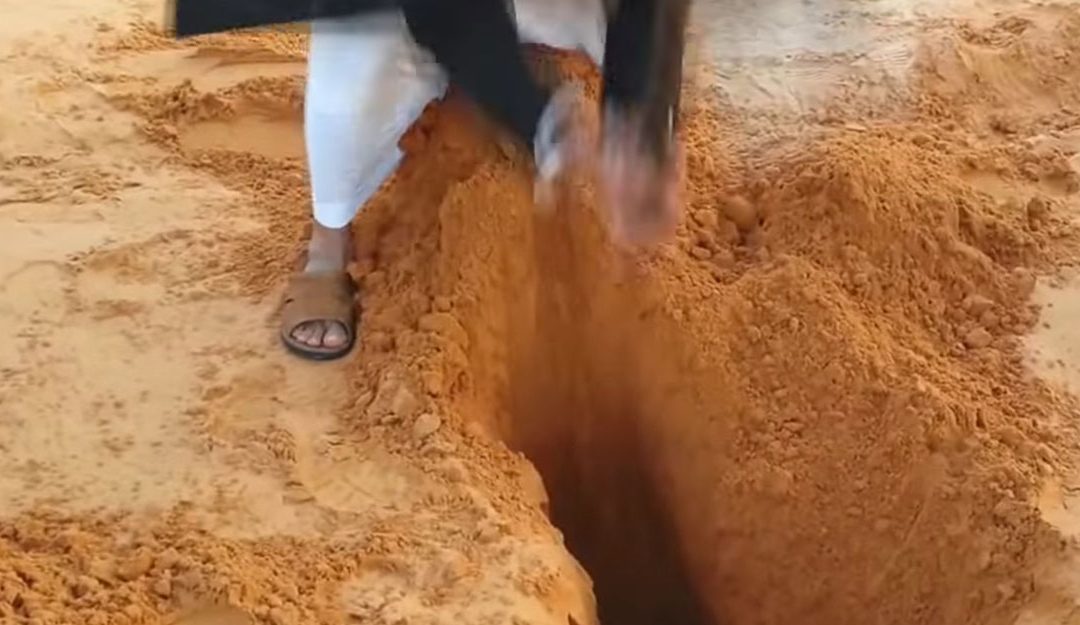 The Kâdi “‘Abdallah el Mustakìm,” some whose descendants are said to reside at Jaffa at the present day, lived at Baghdad, during the reign of El Mansûr, one of the Caliphs of the dynasty of “Abbâs”; and is alleged to have obtained his honorable surname, which means “the honest or upright One” from the strict impartiality with which he administered justice. The following story is told of him:

As the upright Judge was leaving his house one morning he was met by a woman of the lower classes, who, accompanied by a boy, her son, was driving a donkey and weeping bitterly. On beholding her distress the Kâdi, who was as kindhearted to the poor and afflicted as he was stern to wrongdoers, stopped her and asked the reason of her sorrow.

“Alas! my lord,” said the woman, “have I not cause to weep? My husband died a few months since, after making me swear on his deathbed not to sell the small piece of land by the cultivation of which we had supported ourselves, but take care of it for our son, this boy, and teach him to till it as his ancestors had done for generations. But the Caliph sent one of his servants and offered to buy the land from me, because it adjoins an estate belonging to him, on which he intends building a palace. He says that he must have my piece of ground in order to carry out his plans. I refused to sell, for the reason which I have told you, and after thrice pressing me to dispose of it and being refused, he, this morning, had me and my son driven away from our lawful possession, inherited from our forefathers, and told us that as I would not sell the land, it should be taken from me without a recompense. We have thus lost everything, except each other and this ass with an empty sack on its back, and know not to whom to look for help, seeing that there is none greater than the Khalìfeh.”

“Where is your land situated?” asked El Mustakìm.

“In such and such a place.”

“And you say that you have just come from thence, and that the Commander of the Faithful was there when you left?”

“Very well, you remain here in my house till I return, and in the meantime let me have your donkey and its empty sack for a few hours. Inshallah, as I am somewhat known to the Emìr el Mûmenìn, I shall succeed in persuading him to alter his plans, and restore your property.”

On hearing these words the poor widow at once consented to his proposal, and the Judge departed, driving the ass before him. He soon reached the place, and found the Khalìfeh on the spot, giving various orders to the architect who was to erect the new palace. On beholding the ruler of El Islamìyeh, the Judge, prostrating himself before him with every reverence, begged for a private audience without delay. The Khalìfeh, who had a great respect for the Kâdi, granted his request, and Abdullah, acting as the widow’s advocate, earnestly pleaded with his master on her behalf.

Finding the monarch relentless, Abdullah said; “Well, O Prince of Believers, you are our ruler and may Allah prolong your rule, but, as your Highness has seized the widow’s and orphan’s property, I beg, in their name, to be allowed to take one sackful of this earth for them.”

“Ten if you like,” laughed the Khalìfeh, “though I fail to see what good it can do them.”

The Kâdi seized a pickaxe that lay near, loosened the earth with it, and filled his sack. Then, turning to the Caliph, he said, “I now adjure your Highness, by all that we Muslimûn hold sacred, to help me to place it upon the back of this ass.”

“You funny man,” replied the ruler, greatly amused, “why not call some of those slaves to lift it?”

“O Commander of the Faithful,” answered the Kâdi, “the earth in the sack would altogether lose its virtues were your Highness to command others to lift it; and your Highness would be the greatest sufferer by the loss.

“Well, so be it,” said the Caliph, growing curious. With that he took hold of the sack, but could not move it. “I cannot,” said he, “it is much too heavy.”

“In that case,” said the upright Judge, “as your Majesty finds that the weight of one sack of earth, which you are willing to restore to its rightful owners, is more than you can bear, you will pardon me for asking how you will bear the weight of this whole piece of land which you have taken by violence from the widow and the fatherless, and how you will answer for your injustice at the Day of Judgment?”

This stern but faithful reproof provoked the Caliph; but on a minute’s reflection, he said, “Praised be Allah, Who has given me so conscientious a servant. I restore the land to the widow and her son and, to compensate her for the tears she has shed through my fault, I remit all dues and taxes payable on this piece of land.”